The sun shines in Vejle, as Denmark and Austria share elite gold.

The course of 10k, covering 4 dead flat laps around the campus area of Vejle, was followed by two mightily tough laps of 30k out around the hills and undulating countryside that surrounds Vejle. After those 60k, the athletes came back to finish their race with another 4 laps to make the final 10k.

All this was done in glorious sunshine and as athletes arrived in the build-up to the weekend, it was clear that hydration was going to be a very important factor for successfully finishing at the 2018 Vejle ETU Powerman Middle Distance Duathlon European Championships.

From the very moment that they started, it was Austria’s Sandrina Illes who set the pace. Last year in Sankt Wendel, she ran hard for the first 10k but then faced the immense power of Emma Pooley. This year, with Pooley absent, Illes took command on the run and posted an unbeatable 34:50 for the opening 10k. With the quickest T1 she then set off for a lonely bike ride and held her lead coming back into T2. The final 10k was again at blistering pace and with 36:24 on the clock, she crossed the line, held high the ETU Powerman finish tape and claimed gold. Austria has a European Champion!

Behind her the battle was between the Netherlands and Switzerland as Marina van Dijk and Melanie Maurer chased for the silver and bronze.

Despite a stronger bike that put her almost back in contention for silver, it was Maurer who was stronger than van Dijk and silver went to Switzerland. 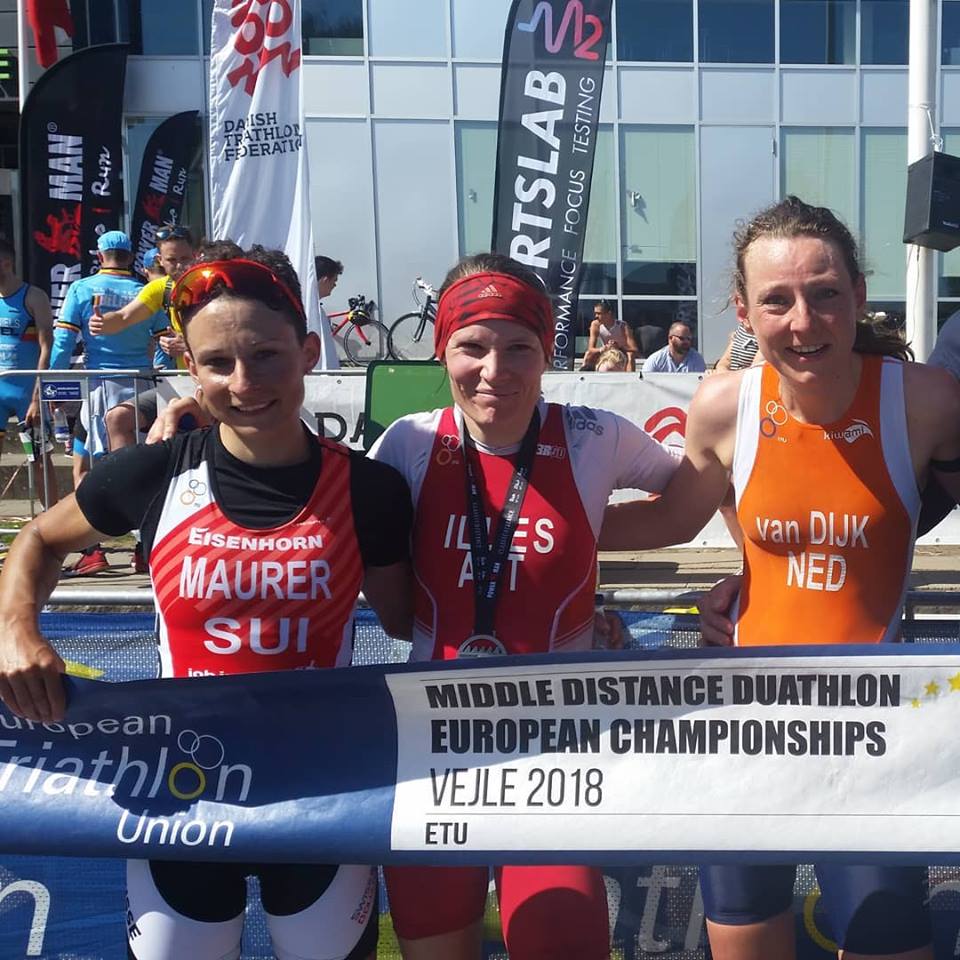 For the men, it was the expressed wish of the hundreds of spectators who lined the streets outside the Campus that their own Søren Bystrup should win the race and bring the European title to Denmark. However, with defending champion, Felix Köhler GER the pace was always going to be fast. As the elite men burst away from the start line, neither the Dane nor the German took control of the race. Instead it was the Danish uniform of Kasper Laumann Hartlev that forced the pace and made everyone work possibly harder than they wanted. Amongst the, fresh from an 8:30 Texas race, was Belgium’s Seppe Odeyn. He dropped off the pace a little, coming into T1 a minute behind the race leader Laumann.

Köhler was well-placed and a comfortable 30 seconds or so ahead of Bystrup.

The bike was where it started to get interesting and a superb performance from Dutchman, Daan de Groot put him into a strong position and able to chase Bystrup whose biking power and skill had taken him in to a position that generated cheers along the course.

As the flat run over the final 10k unfolded it looked at one point as if Switzerland’s Fabian Zehnder was going to upset the plans that the Danish has set. With Bystrup leading and with de Groot’s pace dropping to allow the Danish Sprint Duathlon champion, Simon Jørn Hansen to move in to second. With each lap, it looked like Zehnder was going to get up onto the podium and bump off Simon Jørn Hansen. The 2017 champion, Köhler, looked in a bad position coming off the bike but posting a spectacular final 32:57 run, he edged up onto the podium and snatched silver behind a victorious Bystrup who came home to deafening cheers and applause. 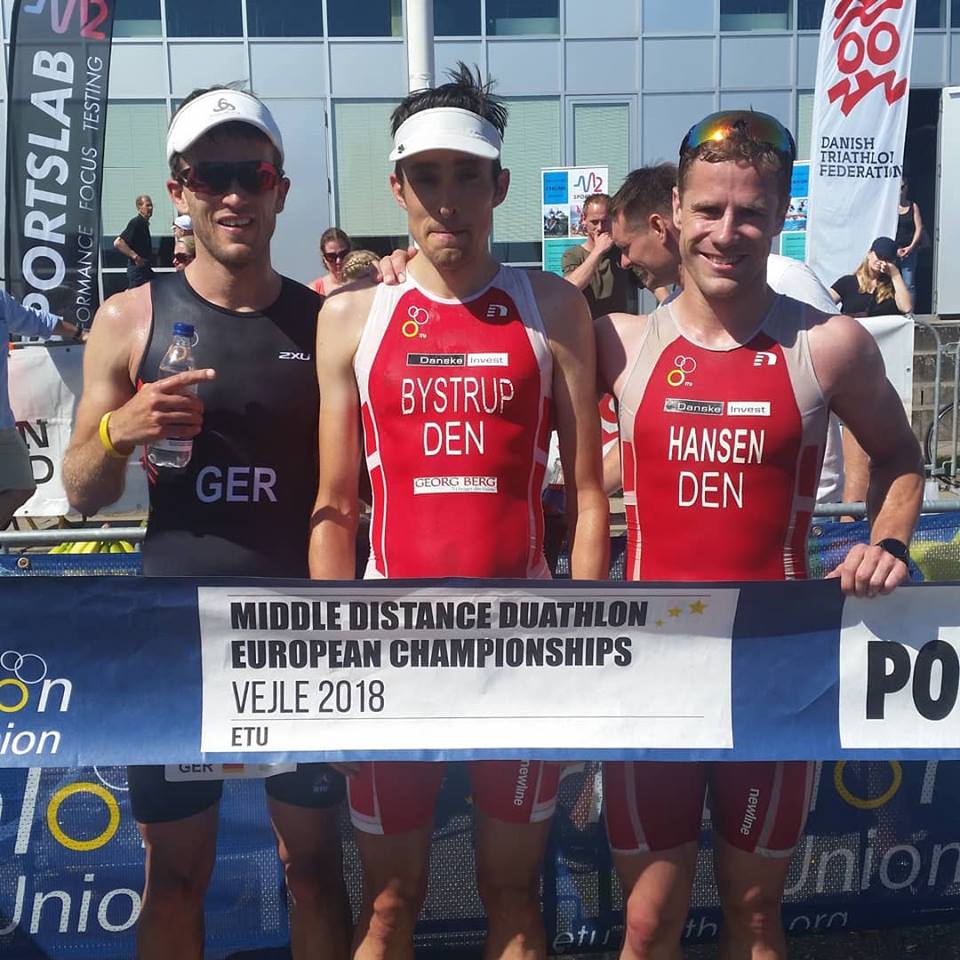 Denmark can look at this race and be delighted with the performance of it elite athletes. With four men in the top ten and with Marie Schulz coming home in 6th, they have once again shown the world that they have a fine stable of long-distance athletes.

With the Elite athletes celebrating, it was the turn of the Age Group athletes to enjoy the glory and we will deliver a special report featuring all the winners in the next couple of days, after we have edited the photos.

Ronny Kert, from the Local Organising Committee, handed over the race to the ETU Technical Delegate Eugène Kraus who, with his strong team of technical officials ensured a quality delivery with added sunshine.

A tough course. Glorious weather and a delighted host nation. Thanks Vejle!