This weekend the city of Alhandra has been hosted the World Triathlon Para Cup on Saturday and on Sunday the Mixed Relay Club Championships. 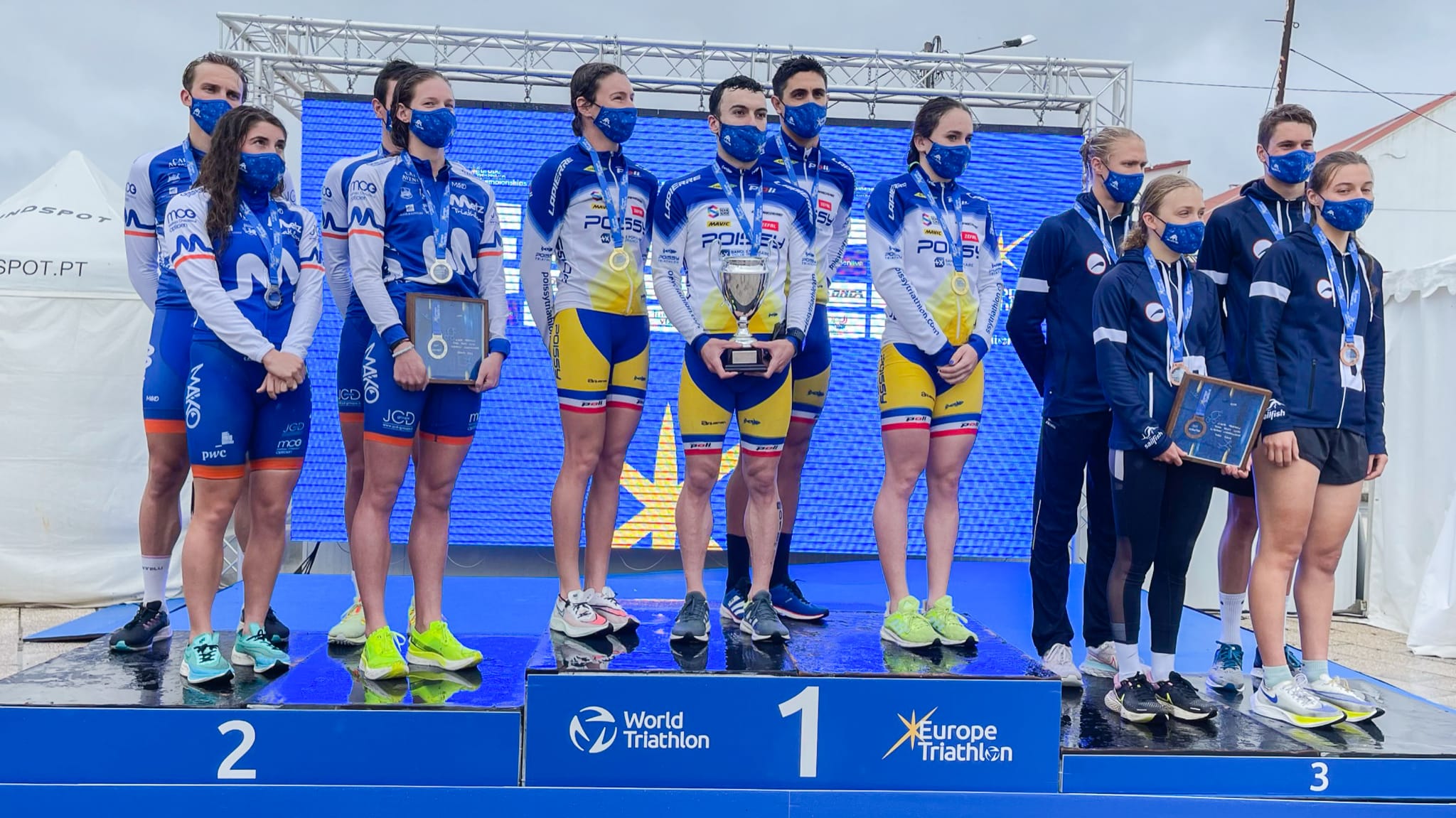 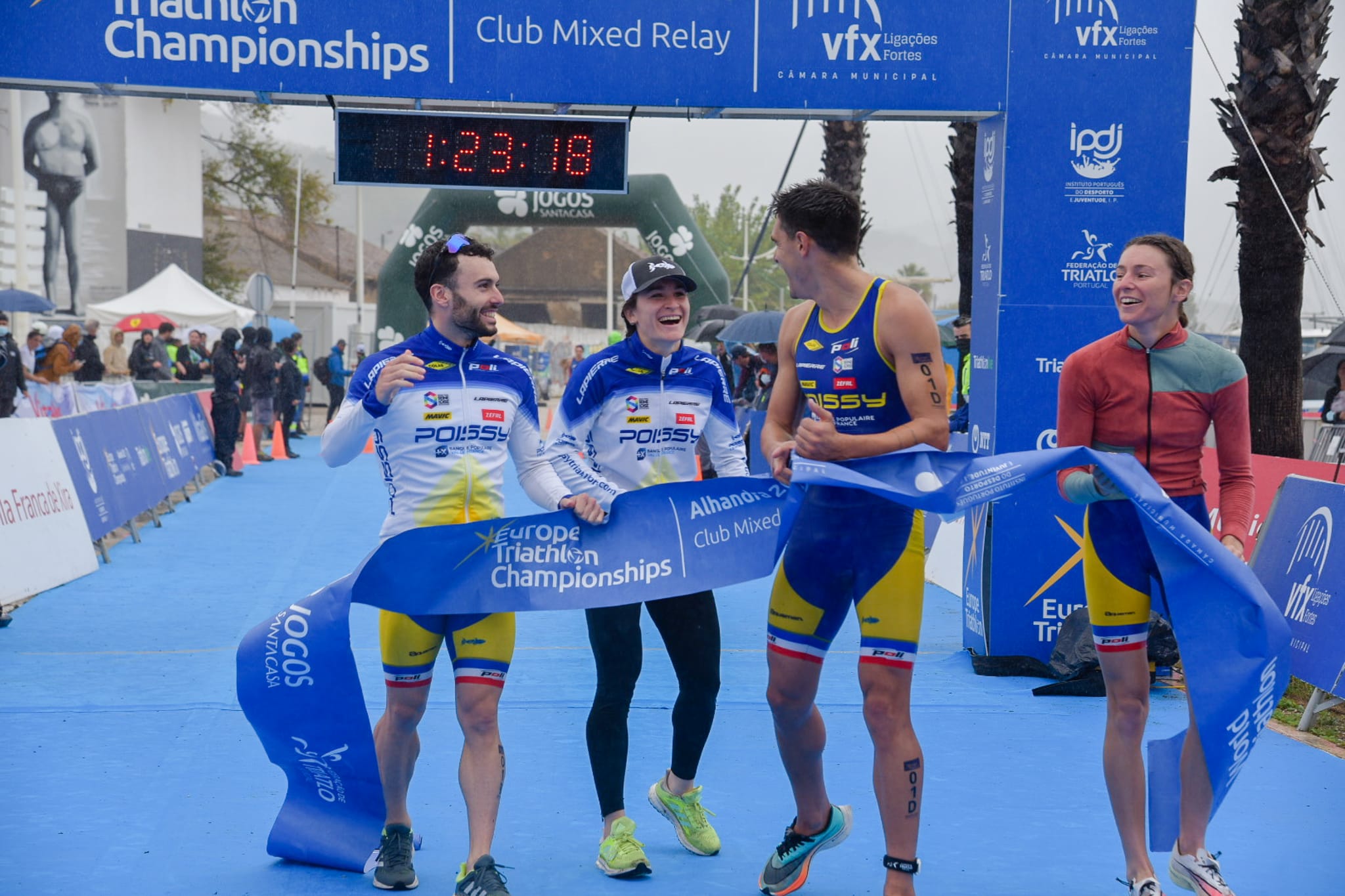 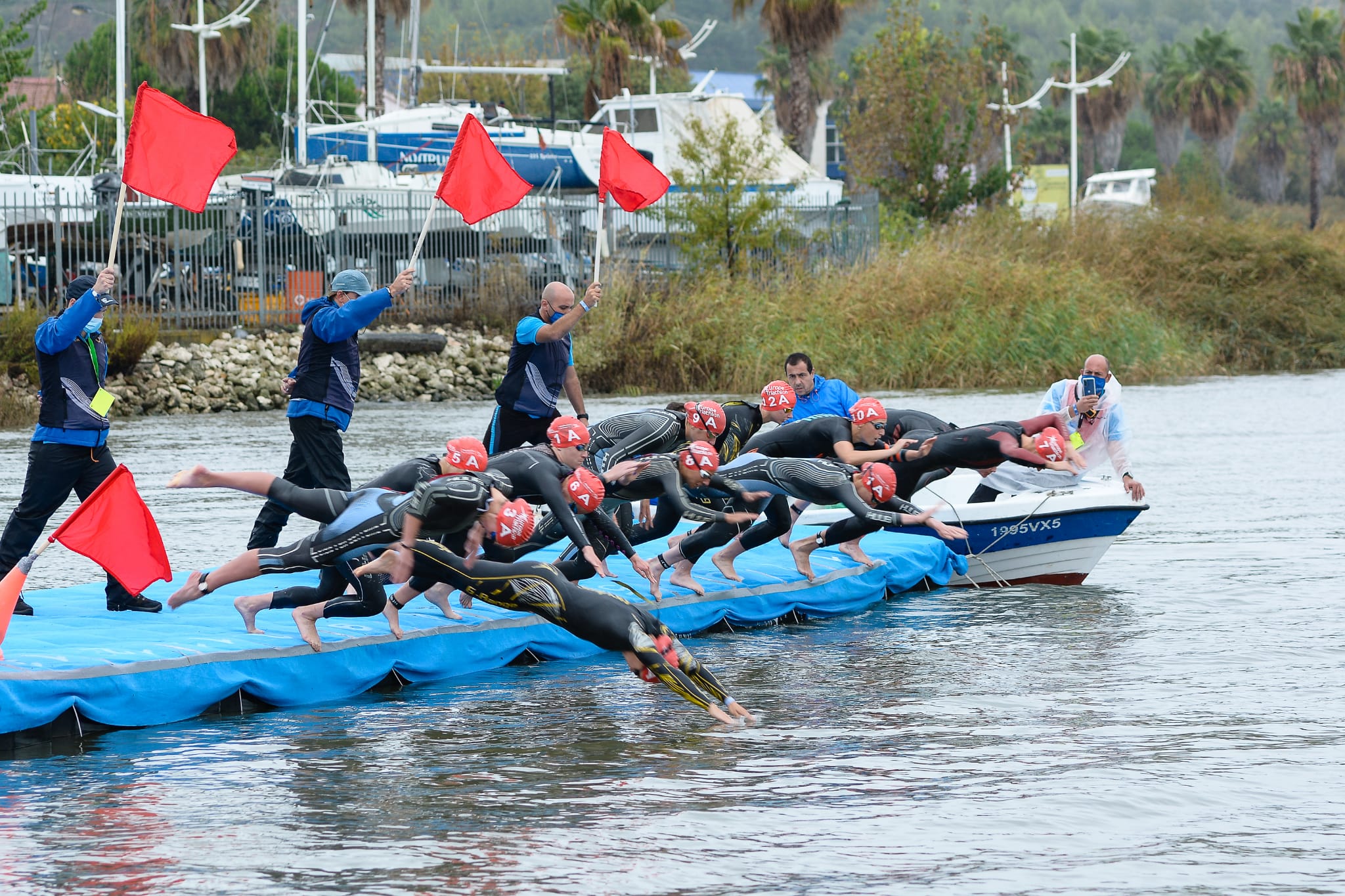 The weather wasn’t really kind to the athletes in Alhandra, and for the super-sprint format, it wasn’t warm enough for a non-wetsuit swim. All athletes wore wetsuits, usually in Portugal there is no bad weather, but we were unlucky, it was cold and raining. The elite race started at 11:45, 5 minutes ahead of the Juniors. In the elite race the first fractionist who got out of the water was Zsanett Bragmayer from France, followed by Lea Coninx from France. The third girl who came out of the water was Jule Behrens from Germany who passed the baton to her teammate Henry Graf; who had a spectacular race chasing the French opponents and getting the better of them, passing in front as leader. The third fractionist of the French Metz team was Jeanne Lehair, who took the lead and changed over to her teammate Nathan Guerbeur. Which was immediately caught in the swim by the last fractionist of team Poissy, Anthony Pujades. The French team Poissy then took the win in this years Mixed Relay Club Championships, with a total time of 1:23:08. Congratulations! 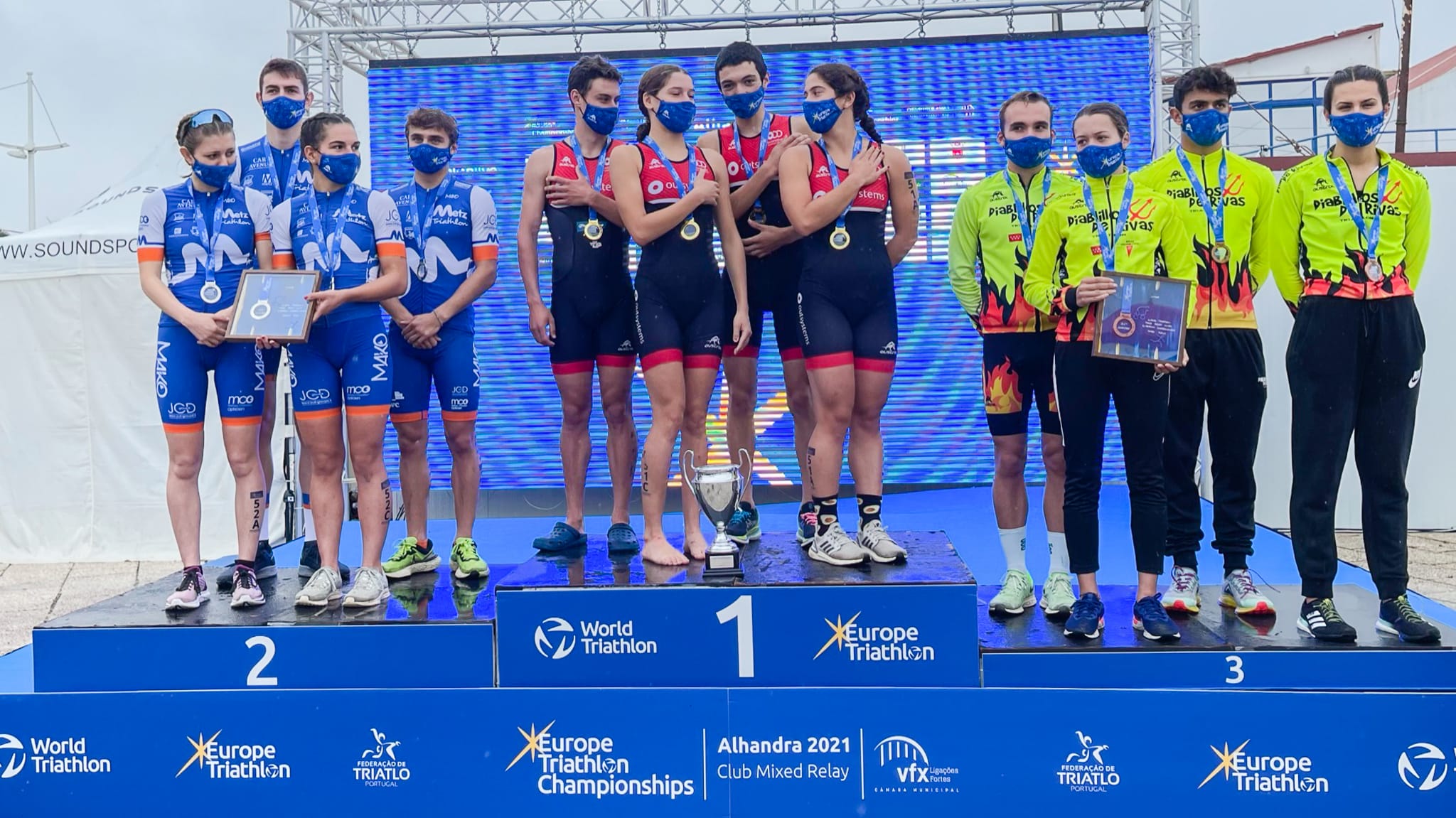 The athletes defended themselves well, even in bad weather. This penultimate race weekend has also been concluded, see you with the last race of the season in Quarteira, also in Portugal, hoping for better weather. Stay tuned!

Many congratulations to all the athletes for their achievements!