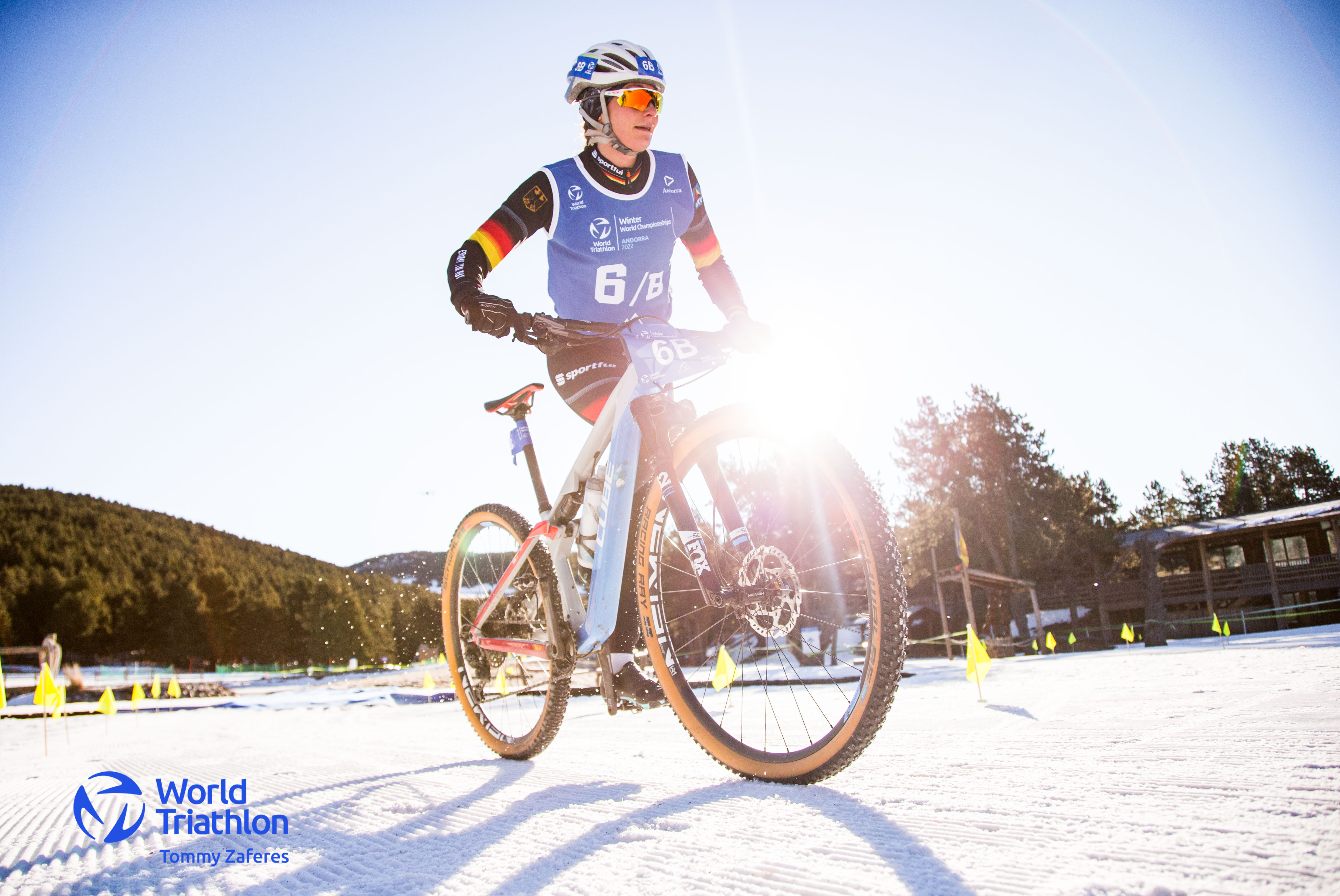 Andorra la Vella, 11 August 2022 - The third edition of the Andorra Winter Triathlon has been confirmed for 28th and 29th of January 2023.

After the success of the inaugural edition in 2021, Andorra is preparing to host the third consecutive Andorra Multisport Festival, featuring four endurance and adventure sporting events. Andorra Multisport Festival is organised by The IRONMAN Group and will again take place across the Principality.  As it has become customary, this festival will have the support of various collaborating entities and sponsors who will continue to support this event, which has quickly become an athlete favourite event attracting over 3,000 participants and more than 10,000 companions this year. All this generated an economic impact on the Principality of over 6 million euros.

The Andorra Winter Triathlon, the only winter event in the Andorra Multisport Festival, will be held on Saturday 28 and Sunday 29 January 2023. This unique event sees athletes take on a walking circuit, a mountain bike circuit and rounding it off with a cross-country skiing circuit.

The ETU earlier announced that the Andorran event will be the Europe Triathlon Winter Championship in 2023, which will bring teams from across the continent to Andorra to take on the challenge at the Andorran ski mountaineering resort.

With the sport growing and European nations dominating the top positions on the world stage, the racing will surely deliver a high-class spectacle of Winter Triathlon performances for all categories.

The European Triathlon president said that “Winter Triathlon is a discipline in Triathlon that has enormous potential yet to be explored. The strategy of World and Europe Triathlon is to invest in this discipline to increase the number of participants and if possible, to achieve the Olympic dream…to be part of the Winter Olympics. There is a plan in place to reach this goal and part of it is to demonstrate that we can organise National and European Championships of the highest level. For this reason, we have chosen to assign the 2023 Europe Triathlon Winter Championships to Andorra, which gives us all the guarantees that it will be a great event for both elite and age group competitors”.

The regional director of The IRONMAN Group in Andorra, Spain, Italy and Portugal, Agustí Pérez, said that “Andorra is the ideal setting for the celebration of top-level sporting events such as the Andorra Winter Triathlon, of which it is worth noting that it hosted the World Championships in the last two editions. The celebration of the European Championships this year represents the reinforcement of the Andorra Winter Triathlon and Andorra in the world winter triathlon scene.”

All this is part of a full programme of sporting competitions in the mountains that will make the Andorra Multisport Festival an extraordinary event and will put the Principality and its unique Pyrenean landscapes once again on the map as a leading country in the organisation of sporting events.

Thus, the Minister of the Presidency, Economy and Enterprise of the Government of Andorra, Jordi Gallardo, highlighted that “this designation reinforces Andorra as one of the best destinations for hosting winter triathlons. For the third consecutive year, the Naturland facilities will be the setting for a top-level international competition bringing together hundreds of people, including athletes and their supporters. The competition is part of the Andorra Multisport Festival organised by the IRONMAN group in the country and, besides the economic impact it will have on Andorra, the media coverage will also help to raise awareness of our sports, tourism and nature offer”.

The village of Sant Julià de Lòria and Naturland will once again be the meeting point for the hundreds of participants and their supporters who will gather for the event in the last weekend of January next year.

Naturland is the adventure park in the south of the principality that offers more than 15 km of cross-country skiing slopes. Located at an altitude of between 1,600 and 2,000 metres in La Rabassa. Surrounded by more than 800 hectares of woodland, it offers a multitude of activities for all kinds of people, both in summer and winter, including nature, sports, educational, recreational and entertainment activities. 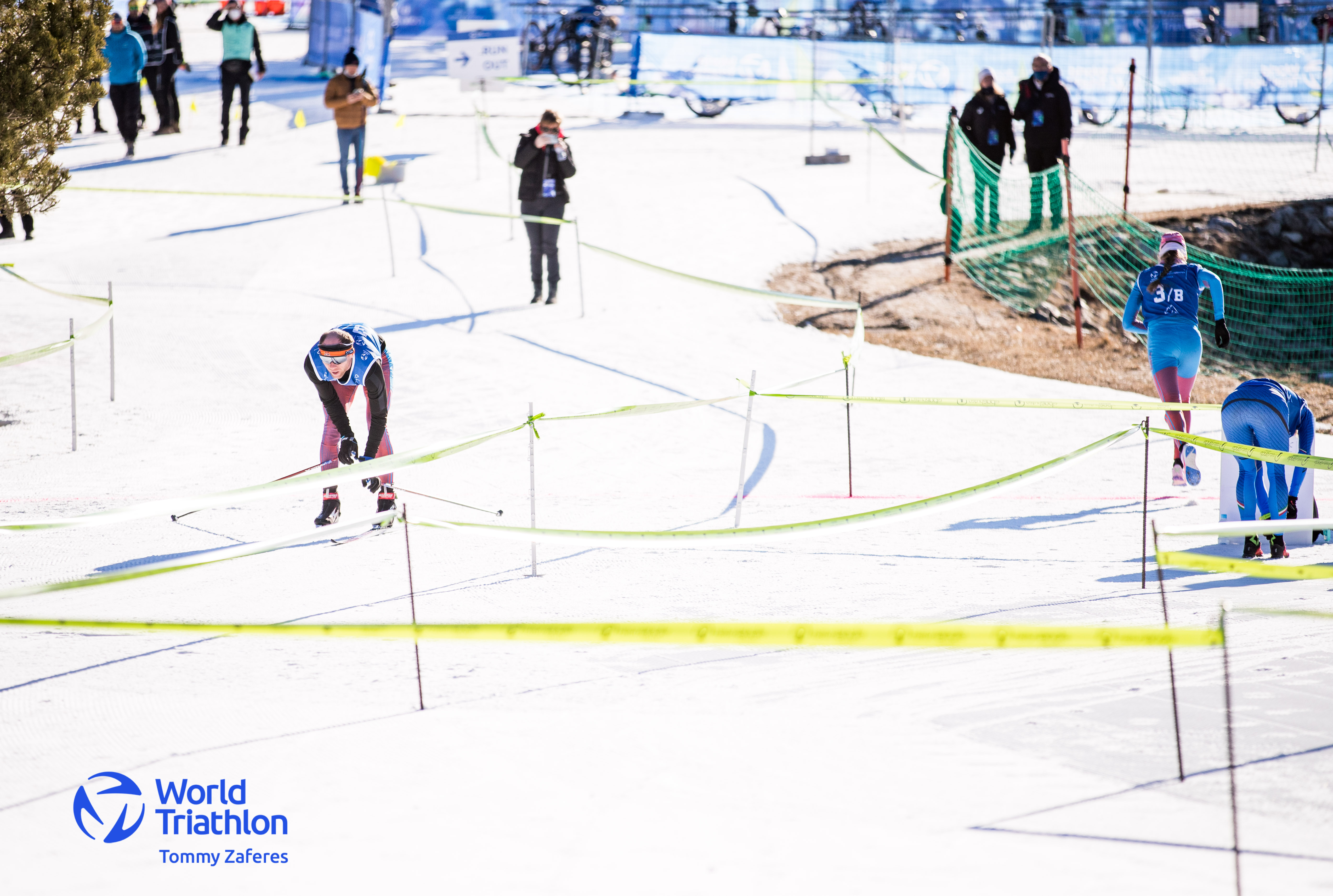