The 2022 Olsztyn European Triathlon Championships are behind us!

From 27th to 29th May the European Triathlon Championships took place in Olsztyn, capital of Warmia and Mazury. Elite, U23, Juniors, Age-Group and Paratriathletes competed for the 2022 European Champion title. The weather in Olsztyn was not kind to athletes and fans, rainy, windy and rather cold. Apart from this detail which had no influence, the competition took place in a fantastic atmosphere and without major problems. The starting lists included nearly 1,000 competitors from 36 countries.
On Friday 27th the semifinals of Junior, U23 and Elite, male and female, took place.

The Para Triathletes competitions took place on Saturday morning, divided into 6 categories, the competition was transformed into a Duathlon, because of the bad weather and water temperature in Lake Ukiel. Competitors competed in the formula: 2.4km run / 14.7km bike / 5.2km run. This twist of events made the races even more interesting to follow, to see who would take the top steps of the podiums.

The Junior Finals took place in the early afternoon. The Swedish girl Tilda Månsson became the European Junior Champion with a time of 25:46, leaving a gap of 6 seconds to the second ranked, the French Ilona Hadohoum. The third step of the podium was conquered by the German Julia Brocker who finished the race in 26min and 11s. 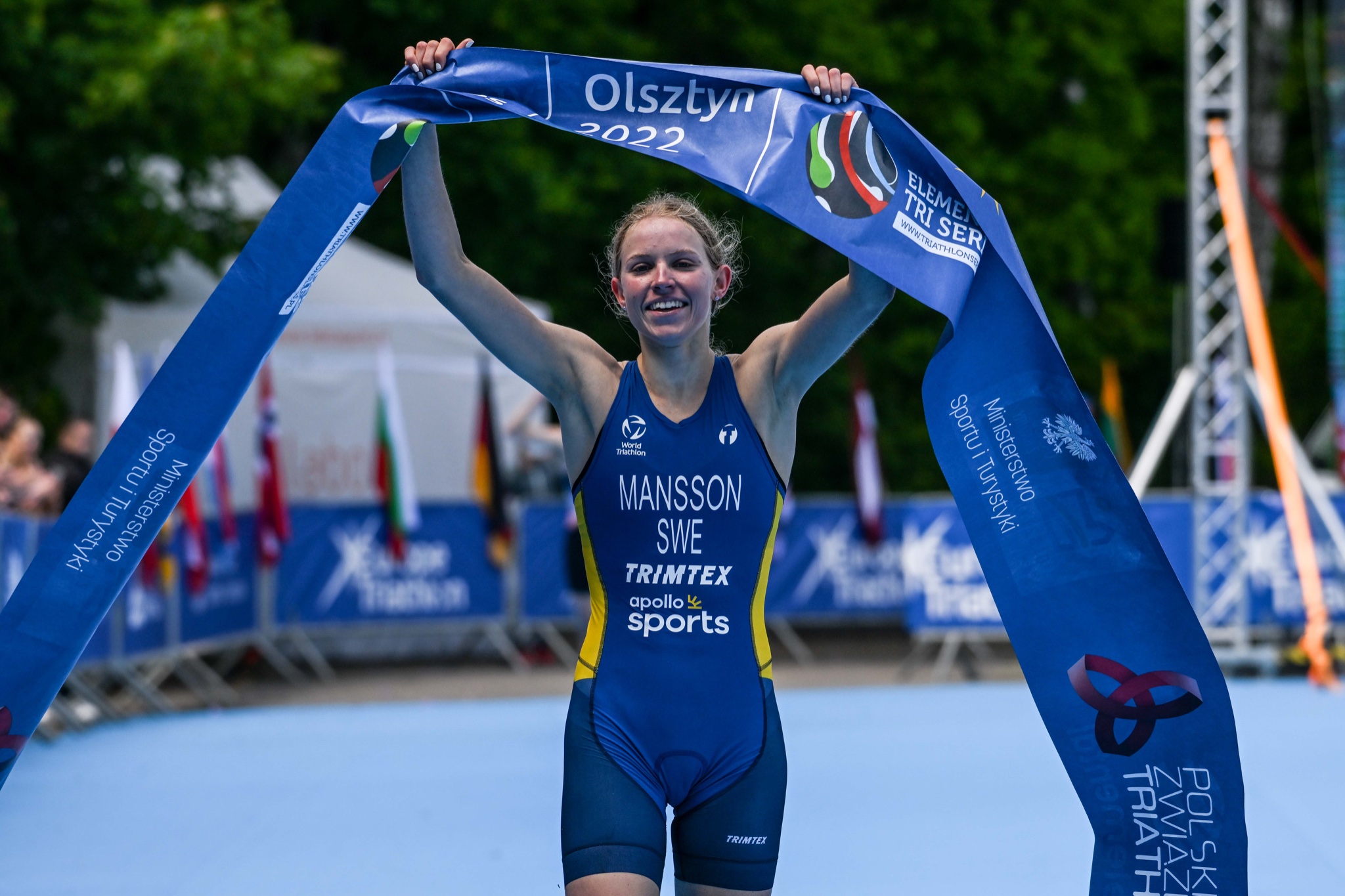 Among the Junior men, after a fierce fight, the French Junior Léo Fernandez became the European champion, who reached the finish line with a time of 23:35, and in the last part of the course overtook the Italian Euan De Nigro. The third step of the podium was conquered by the French Gaspard Tharreau who finished his race in 23:39. 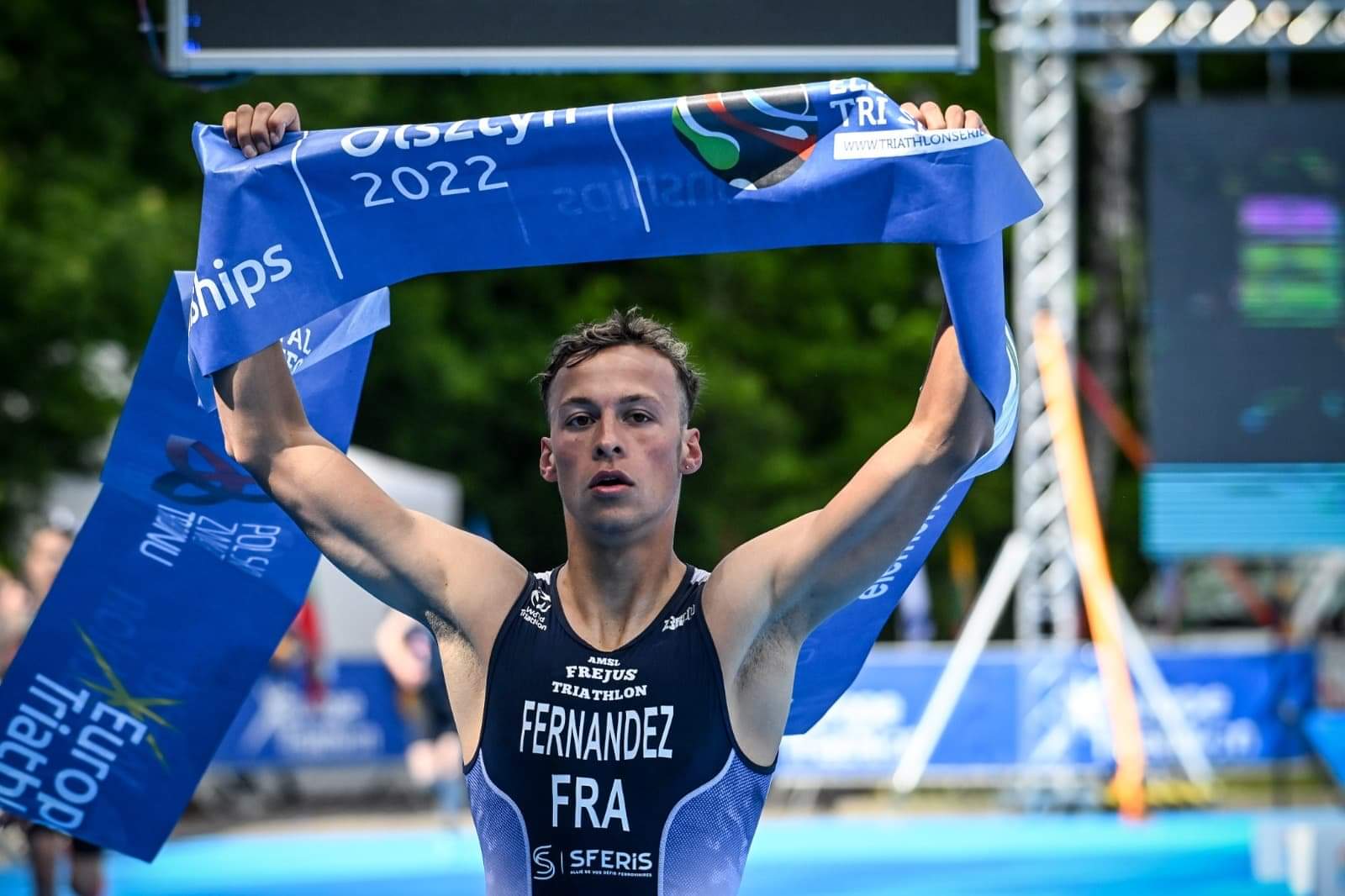 The races were definitely dominated by the representatives of Germany in the Elite/ Under23 categories. The two highest positions of the Elite Women’s podium were taken by Nina Eim and Lena Meißner respectively. Third place went to Swiss Cathia Schar (25:21). The Elite Men winner was also the representative from Germany - Valentin Wernz with a time of 23:27. The silver was won by the English Barclay Izzard (23:29) and the bronze by the French Anthony Pujades (23:30). 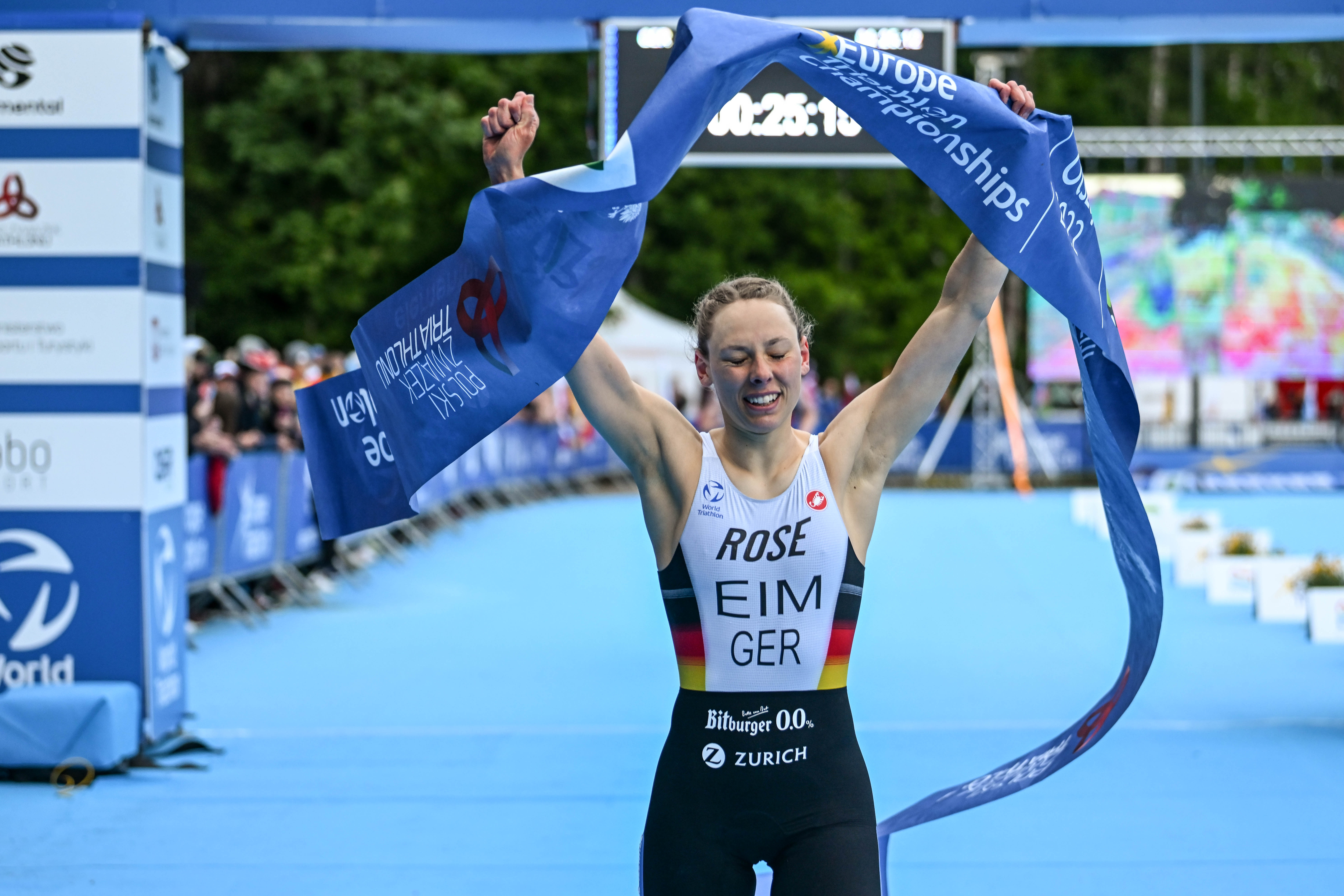 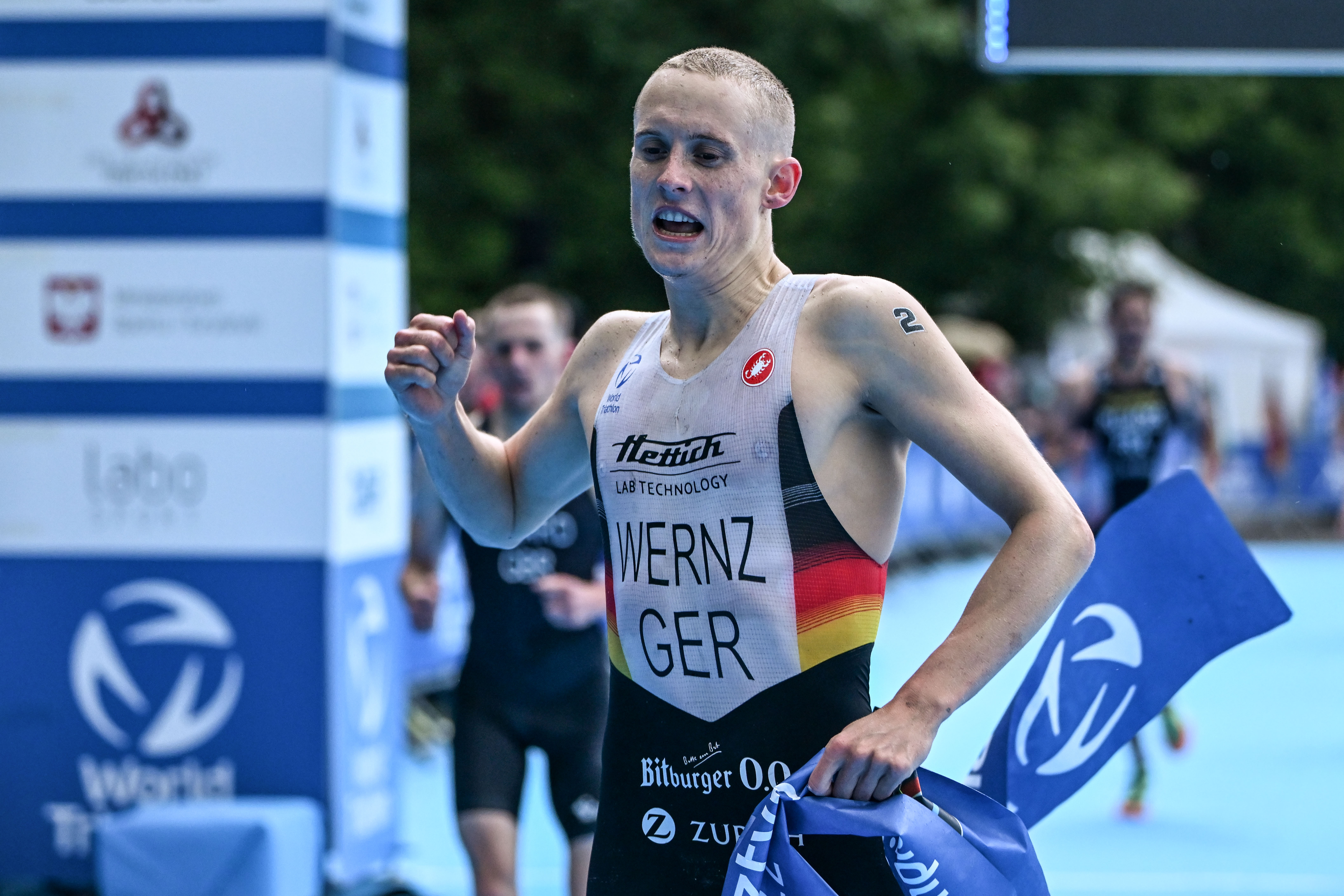 On Sunday the Juniors also had the chance to fight for medals in the relay race. Each competitor had to swim 300meters/8km cycling/2km running. The fastest on Sunday were the German team, with a total time of 1:39:37, thus beating France by 33 seconds. The lowest step of the podium was conquered by the British, with a time of 1:40:18.
On Sunday 29th the AGs competed for medals in the European Championship. The race took place at the standard distance of 1500m swimming/ 40km cycling/ 10km running, and the start was made in waves in the age categories. The competition was the most exciting part of the weekend due to the many competitors. 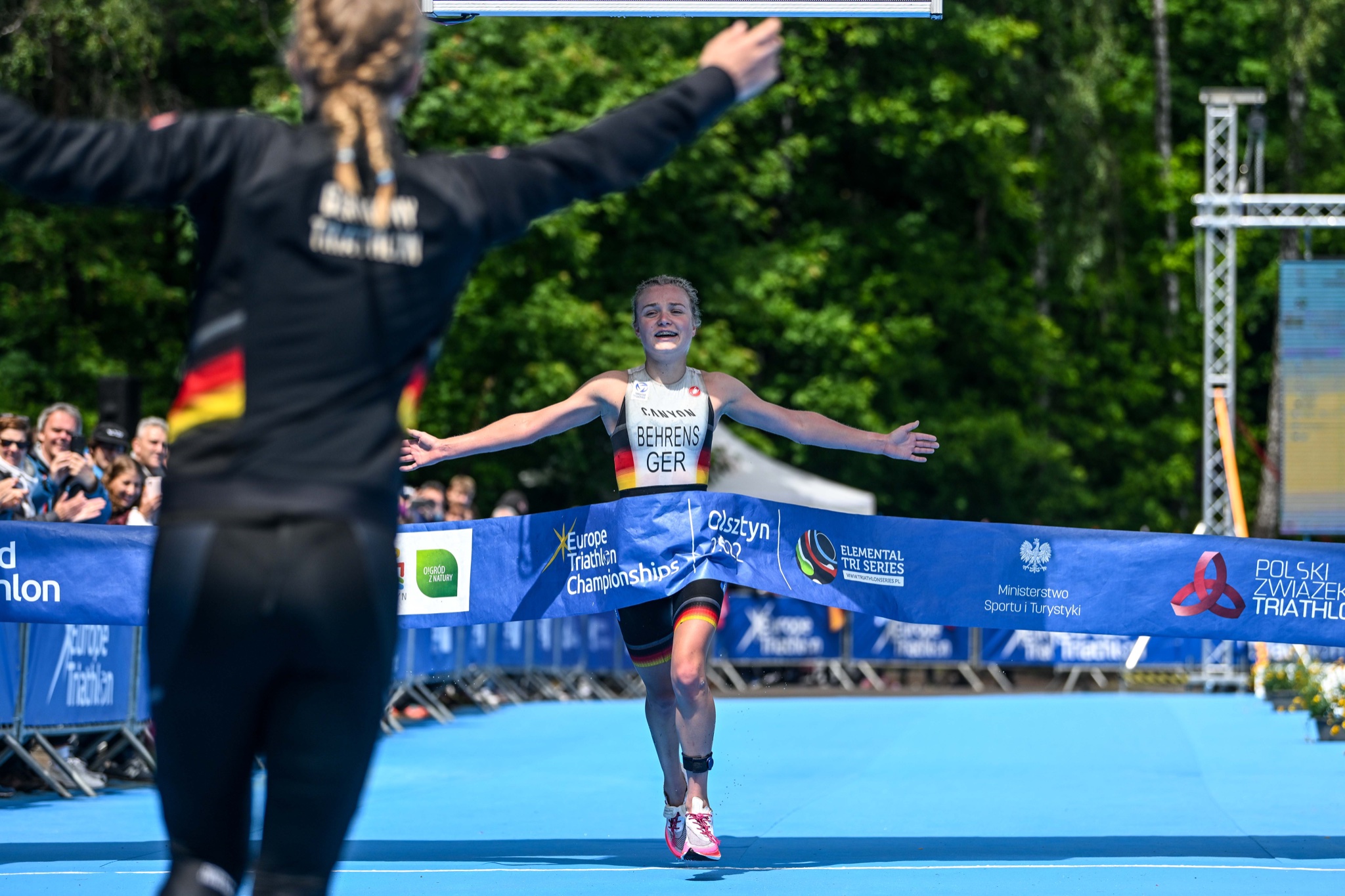 Congratulations to everyone who raced, what a great weekend of racing!

See you tomorrow, again in Poland, in Rzeszów for the Europe Junior Cup