2015 will be one to remember for the LOC from Holten. As the sun went down late on Saturday evening, the crowds filled the square and the small town in the Netherlands that can boast the biggest team of volunteers, celebrated. 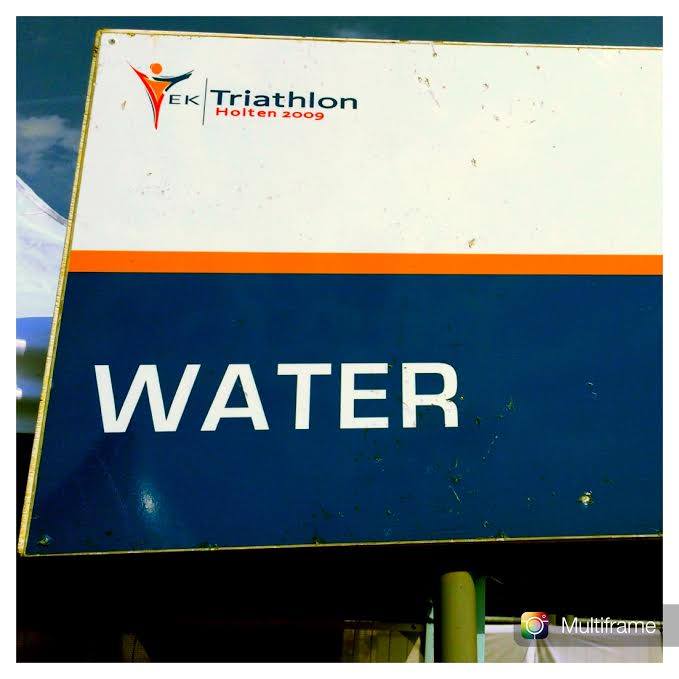 It was certainly a memorable event. Records temperatures meant that only the Junior and Elite athletes raced. The volunteer team, of almost 1,000, were nevertheless there to ensure that this race, 31 years old this weekend, would once again be “The race to be at!” The atmosphere at the close was of jubilation and with live music the town centre was crammed.

Back in 2009, when Holten was the ETU European Championships, we were told that the town really loved the event. For the folk from Holten, the event had grown with them and there was even a waiting list for volunteers.

With local hopes for the Dutch athletes, the crowds would have to wait. 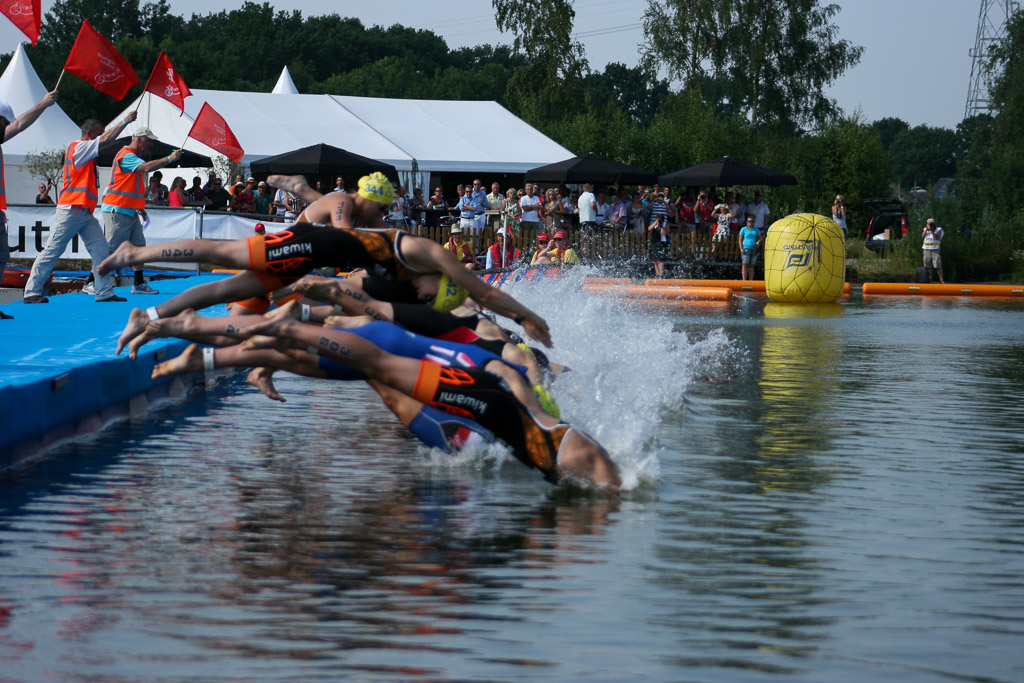 First up was the Junior Women’s race. Sandra Dodet FRA had a second’s advantage over Tamara Gorman USA and Page Lester USA. Just behind them was Taylor Knibb USA. Last year she managed a top ten with 9th in Edmonton but if you look deeper, there is quite a lot of talent. Following her victory at a cross-country race in January this year her school coach, Gaby Grebski said, “Taylor is incredibly talented, but I believe a lot of her success comes from her work ethic and drive. Her commitment to training, both in running and in the pool, is somewhat unrivalled. She is not afraid of working hard or being challenged by a workout.” 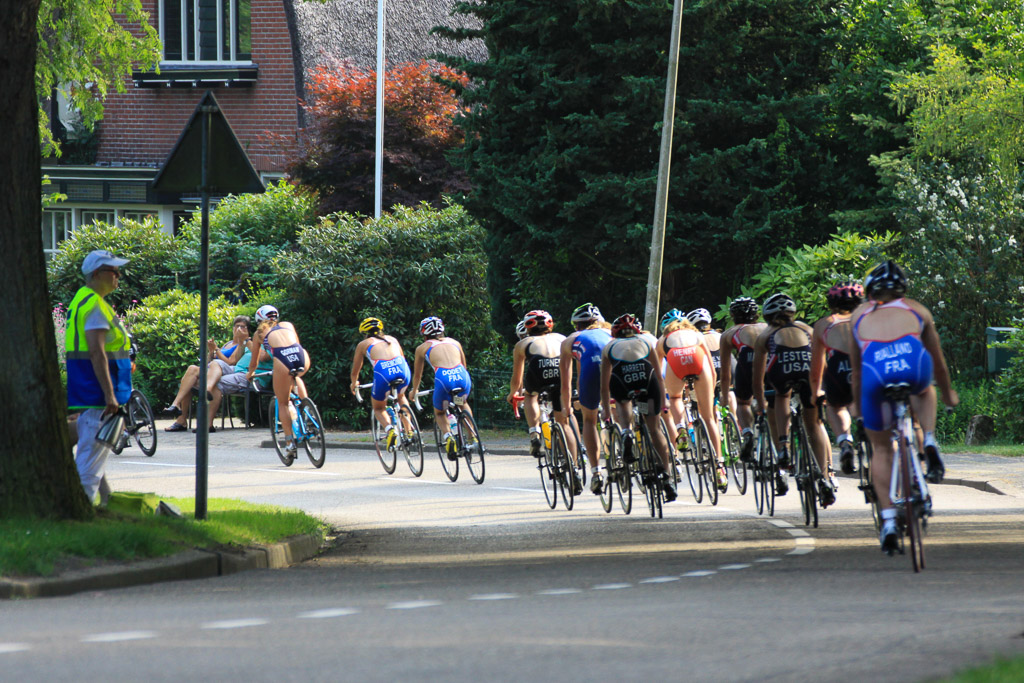 Well, it was out on the bike that she struck and the 20km of the tough Holten course gave her a minute advantage over the rest of the athletes. 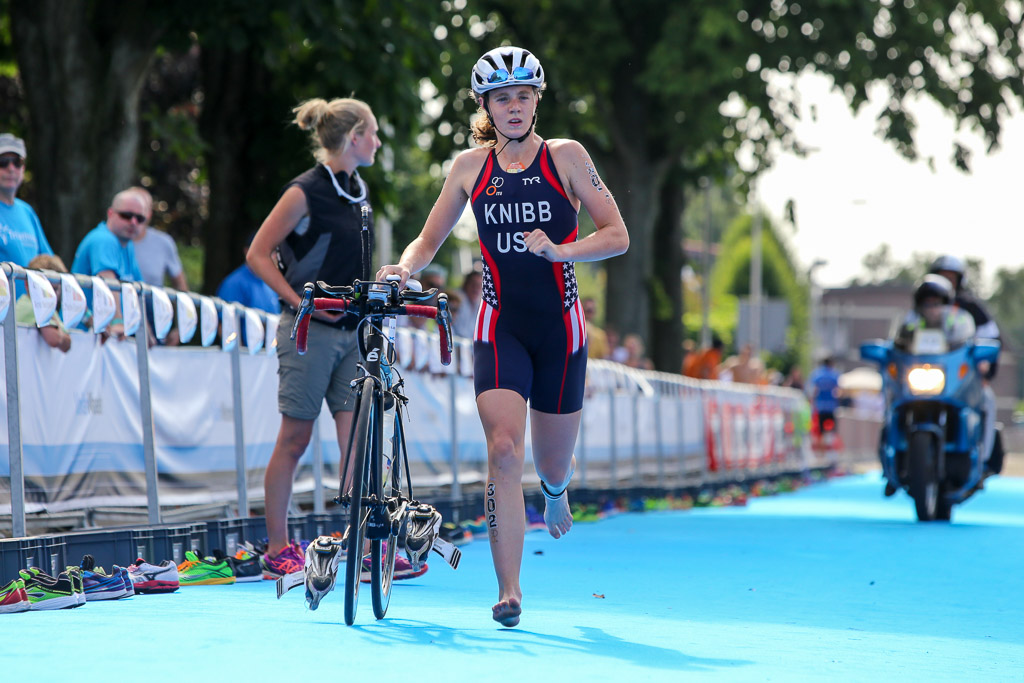 Posting then the second fastest run of the evening there was nobody who could catch her. 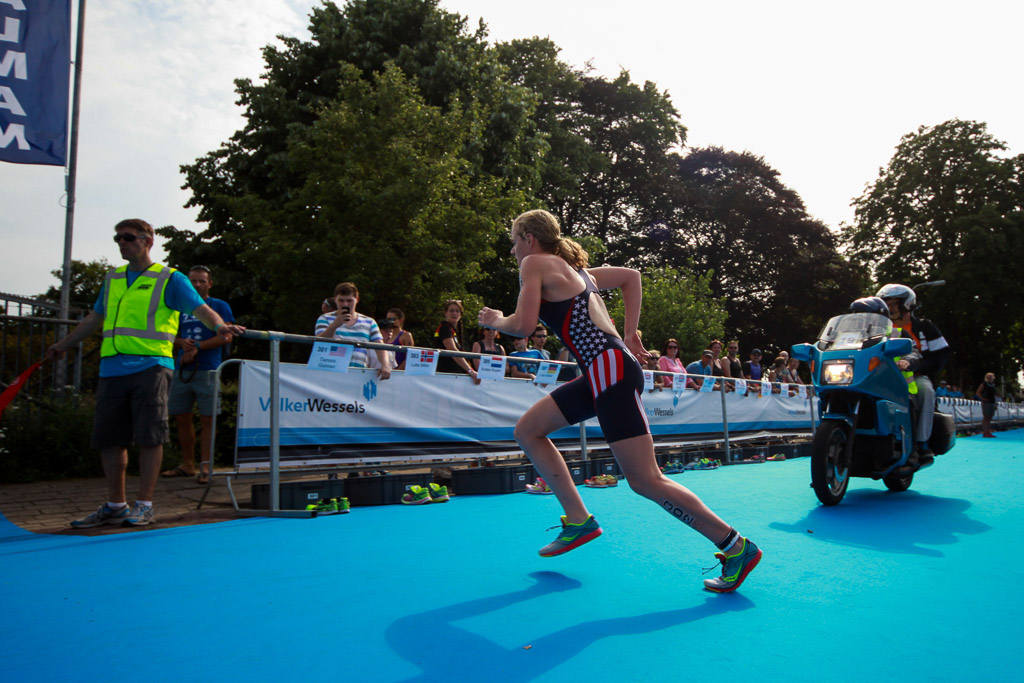 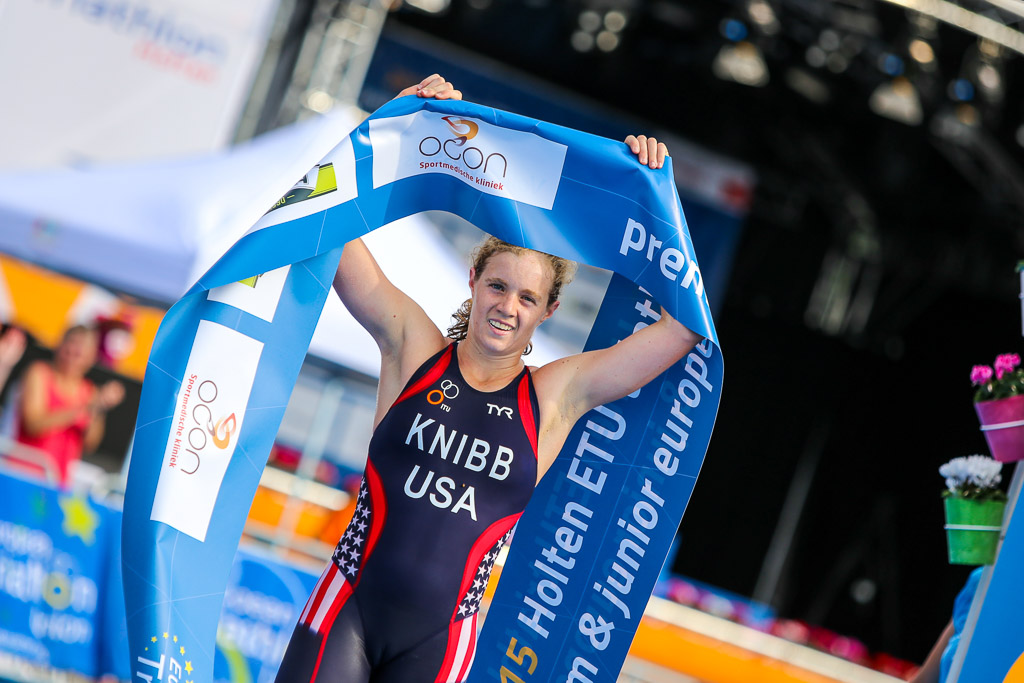 Swim leader Dodet stayed with the other two Americans but had to watch Knibb race past on the bike. She nevertheless had enough pace on the run to comfortably make it to second place. Silver to France. It was GB's National Talent Squad member, Kate Waugh from Gateshead in the UK who stormed through to third. Bronze to GBR 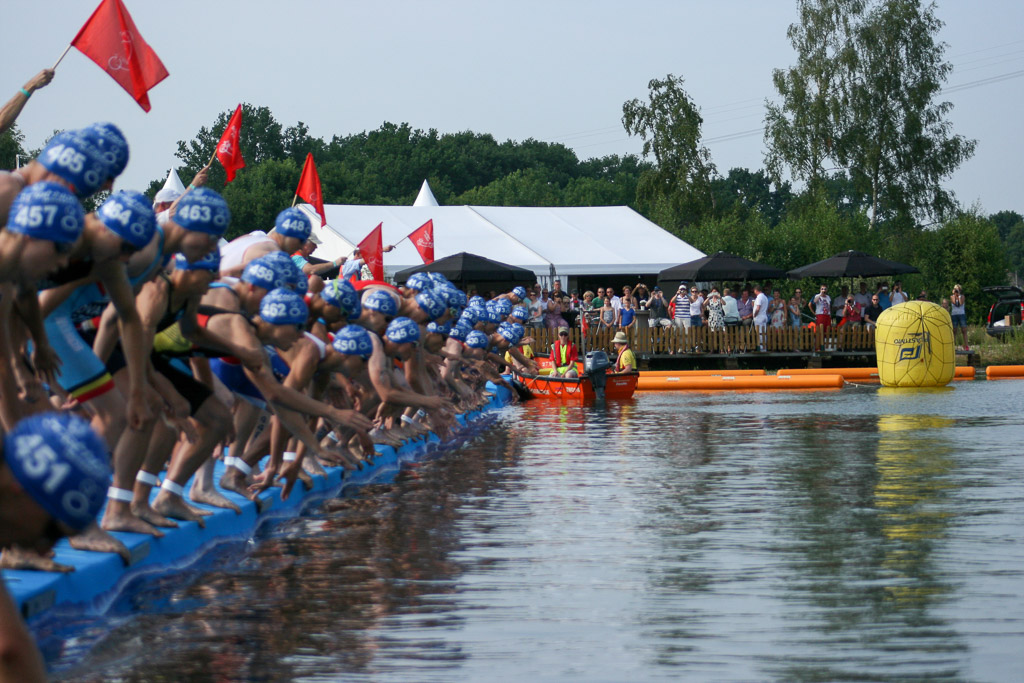 The Junior Men started next. It was Matt Roberts AUS who blew the swim apart with a comfortable lead of just under 20 seconds. 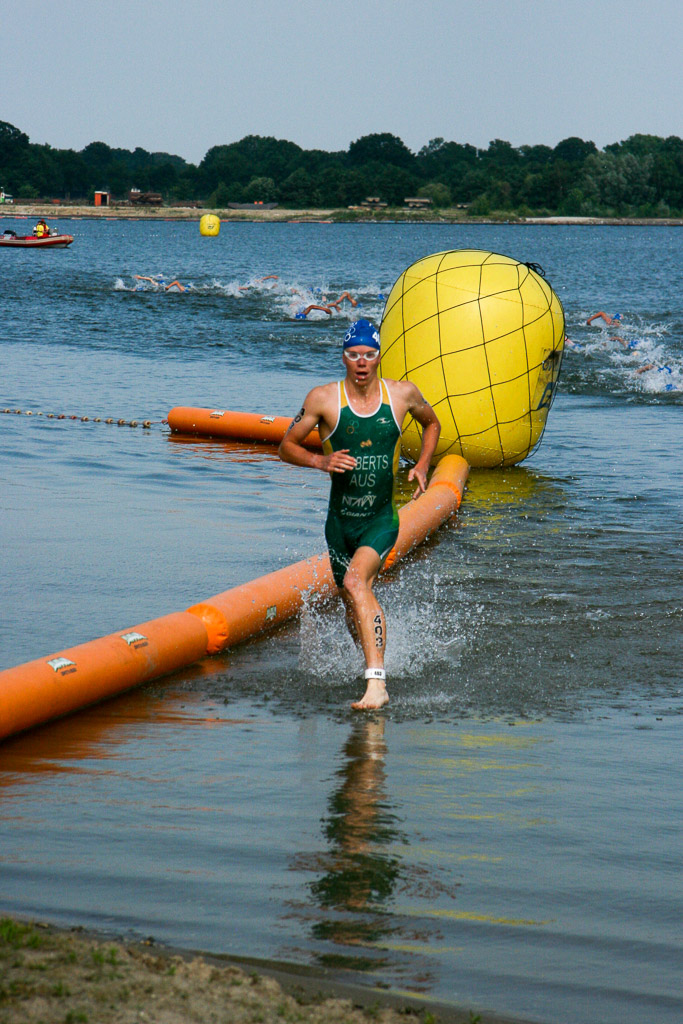 Out onto the bike he was caught by Seth Rider USA, Alex Chantler Mayne GBR and a host of others. The tempo was greater in this race and the heat certainly hit some of the athletes who took sanctuary in the group. 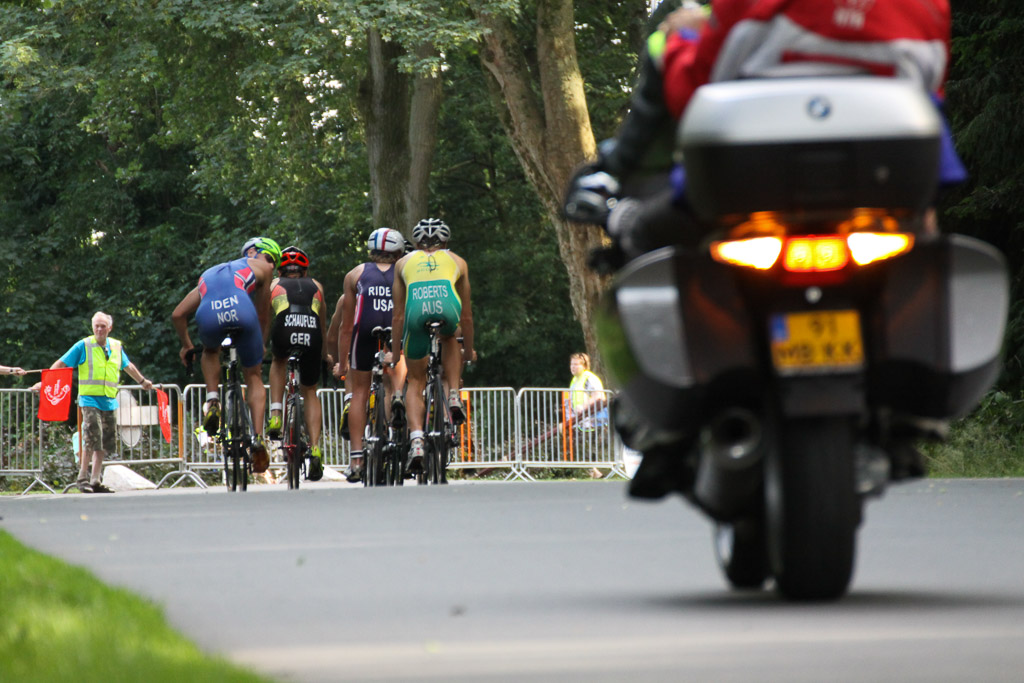 Pushing away from the front and testing the peloton was Gustav Iden NOR. His swim was over 20 seconds behind Roberts but determined riding placed him in a strong position. Behind him was young British athlete Alex Yee. His running has been seen on the domestic circuit and has won him selection for GB in the IAAF World Youth Championships and Team England at the Commonwealth Youth Games and last year he ran the fastest GB U17 5000m ever recorded in 14:40.04. His running off the bike was going to be a big threat to Iden, Rider and Roberts. 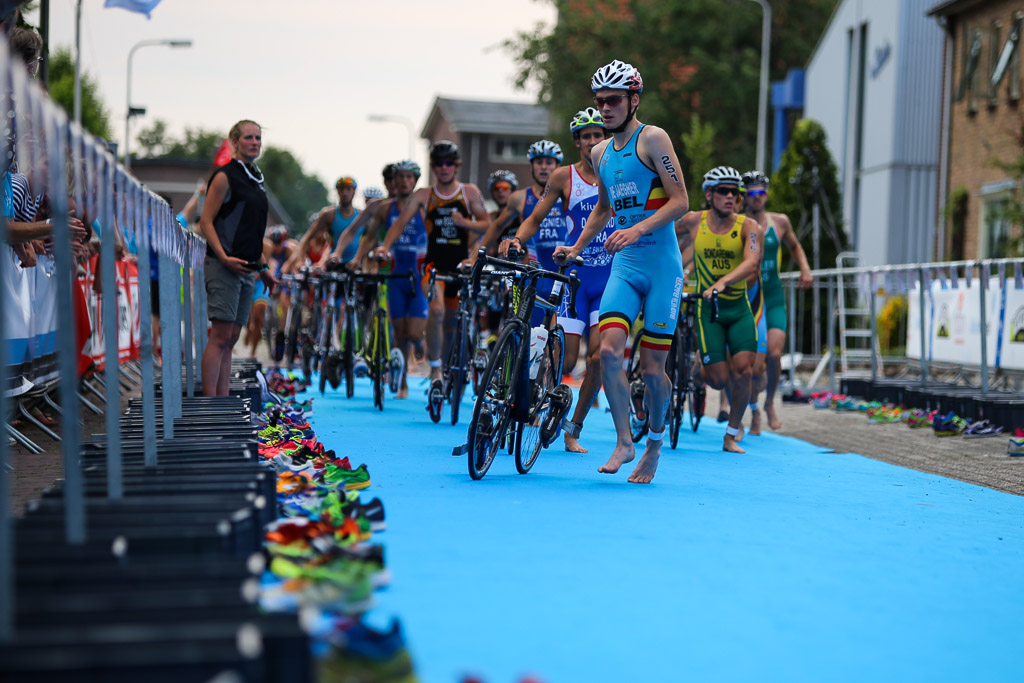 A huge pack formed and the crowd got the thrill of seeing the junior men arrive en masse in T2. 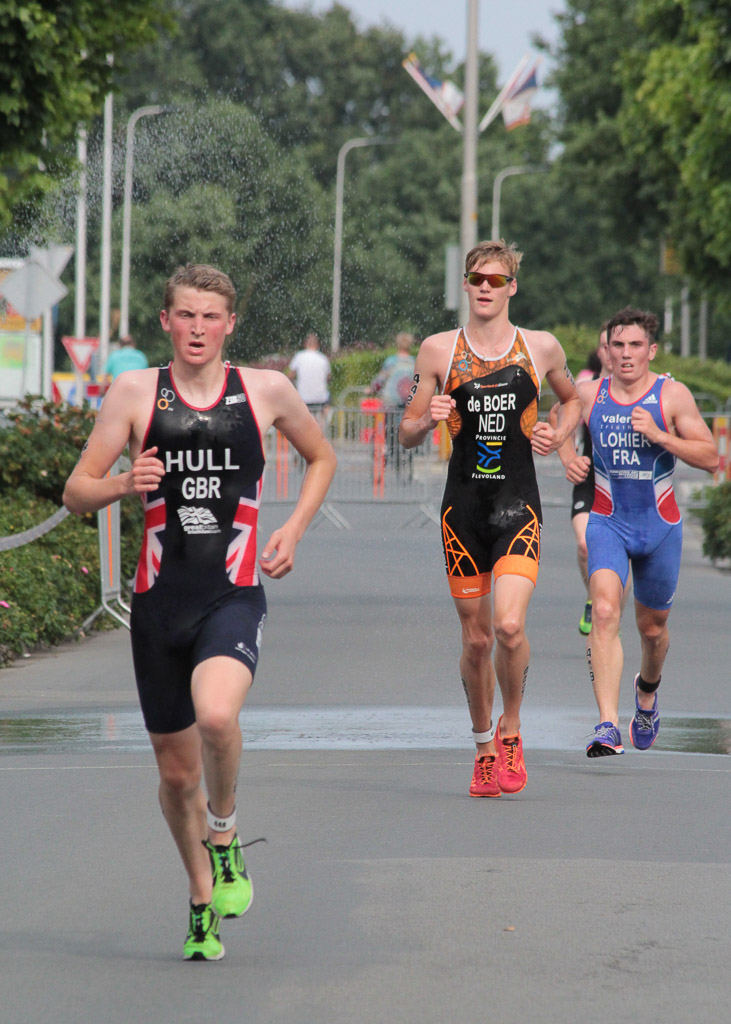 The run was way into the red for most and the many spectators who lined the streets and cheered the athletes were in turn treated to a great show as four athletes; Iden, Roberts, Rider and Yee fought and gave everything. 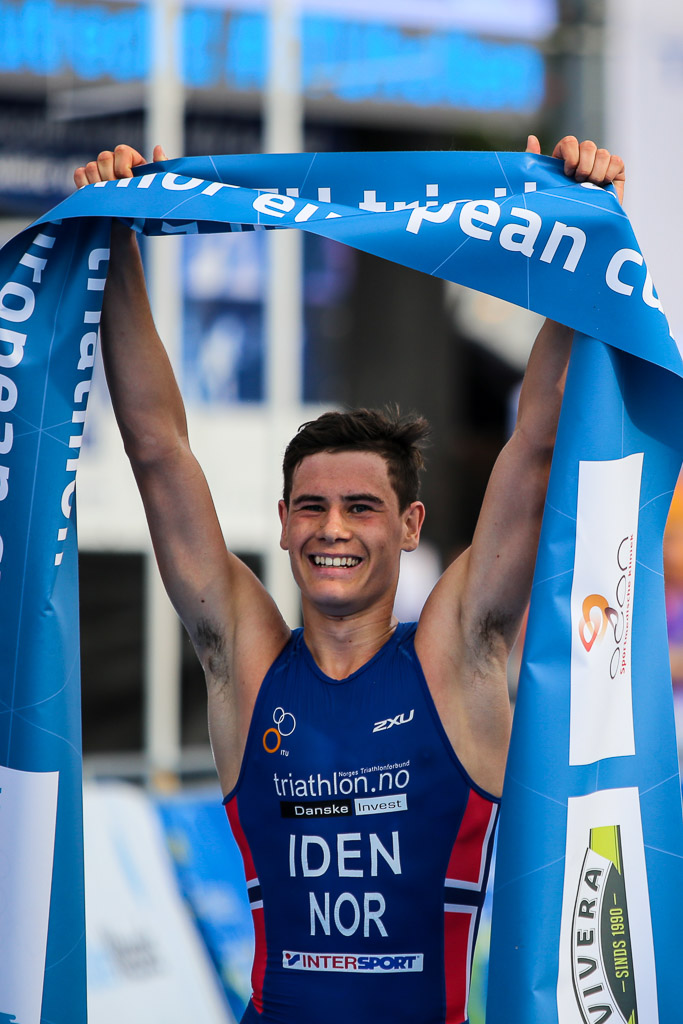 Iden took the gold, “It was a very good race for me. I have never won an ETU Junior European Cup before and have only ever had 2nd and 3rd so I am very happy with the victory. The tactics was very easy; ride as hard as I can to tire the other runners. I know I can run fast even with a hard ride in my legs. We were a group of 7, I think, who worked really good together. On the first lap on the run I just ran right behind the guy from Australia. It was a little too slow pace for me, so on the start on the second lap I just went for it and managed to keep the pace in to the finish line. The heat was not as bad as I thought before the start. With all the aid stations and showers I never felt too hot.” His first gold and what a location to win.

Meanwhile, GB's Yee showed a clean pair of heels to everyone except Iden. His pace took him past Roberts and Rider. After the race and still buzzing with excitement, he said, “I can't believe how the race went on the whole.I knew I had been training well leading up to the race but it was my very first sprint distance triathlon and I knew I was one of the youngest athletes in a very competitive field. My swim went very smooth and after a good start I found some good feet to follow. Out on the bike I felt very strong and settled in with a very large second pack. I was also really enjoying the course which is extremely challenging but the best course I have ever ridden. I took on a lot of fluids and a gel under the instructions of the GB coach, Rick Velati, which i believe was key due to the heat. I think my body managed well and coming onto the run I had alot of confidence because of recent run times  and knowing the way I have run on previous occasions off the bike. T2 was super quick and I set out to chase as many of the front pack as I could. The atmosphere in the town was electric and really helped me push myself to the very limit. I really would like to thank everyone there; the spectators and the organisers for their support. When I crossed the line i was so shocked to be told that I had finished second on my debut European Cup in such a stacked field. Holten has really given me the confidence to go into more races. I am so excited with high belief in myself. Also, I'd like to say well done to every athlete that raced in the tough (but enjoyable) conditions, especially my GB compatriots.” 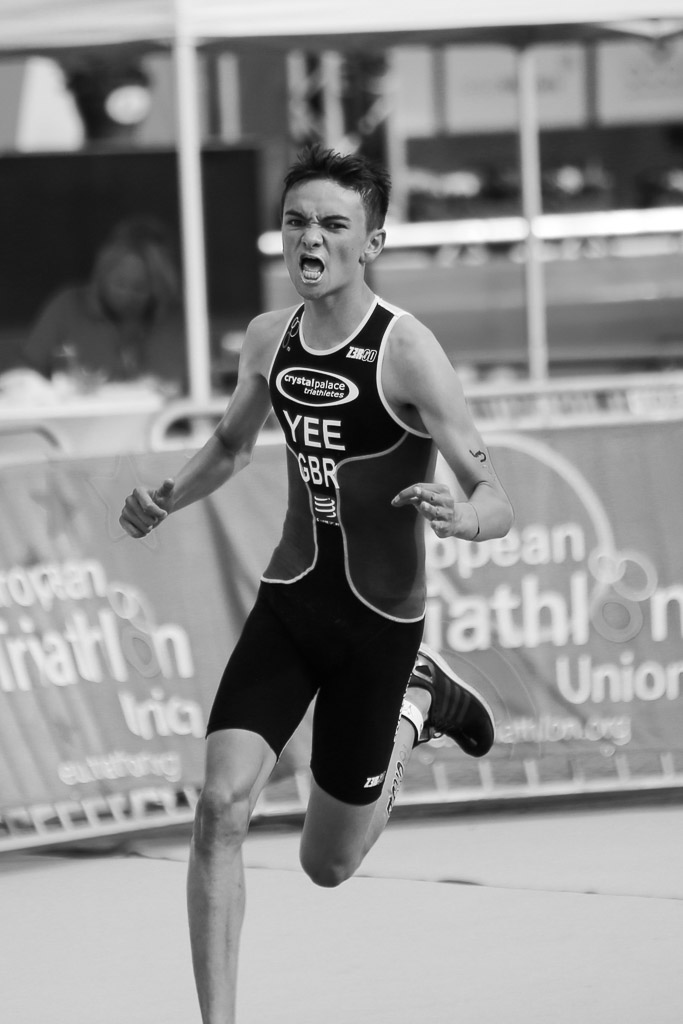 That left the Australian and American to try and find an extra gear to get that last place on the podium. With equal times it was down to the finish camera and the Race Referee to make the call. On this occasion it was Rider, the American who had to miss out. After the race Rider had this to say, “Arriving in Holten everybody was so friendly and the townspeople loved meeting different athletes from all over the world and took every opportunity to chat. The infamous 'Holterberg' lived up to the expectations as a short steep climb coming midway through the bike that you have to make your way up twice, the Netherlands definitely didn't feel flat the second time going up the hill. The sprint finish with Matt Roberts of Australia was crazy with all the spectators going wild and coming in with the same finish time and neither me or him knew who had got the last spot on the podium until about 10 minutes after the finish when the officials declared his chest had crossed the line just a few millimeters in front of mine. I enjoyed my time in Holten and will be back next year!” Yes Holten - you made your mark. What a race !

A very big thank you to the LOC in Holten for these excellent photos. 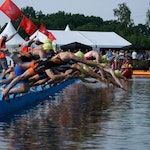 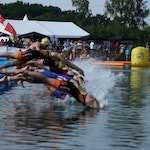 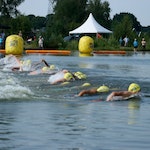 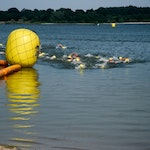 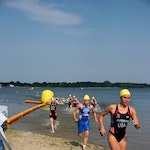 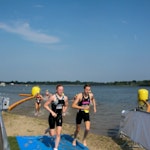 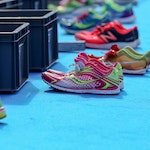 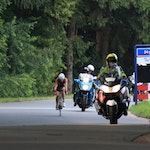 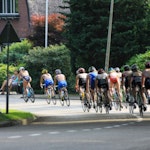 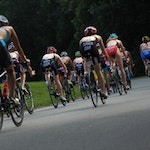 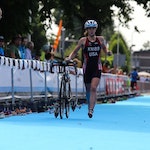 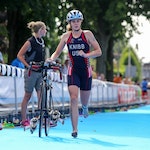