COVID 19 effects on athletes and the opportunities of hosting The Next Generation Challenge.

During the past couple of months, the ETU has helped coaches from all over Europe to execute an initiative started by Rick Velati and Alessandro Bottoni. Rick and Alessandro established a working group of European national coaches responsible for youth and junior national programmes. This has grown to 18 as a core group and mail list of 250 coaches from Serbia to Switzerland. As the Challenge concludes the aim is to have an interview with current and older athlete on this year’s experiences and canvas some opinion from these athletes on the thing’s ETU could consider for youth and junior competitions going forward. 18 different athletes from youth/ junior athletes to older athletes have been asked to contribute. The athletes were asked several questions about the year and their experiences. 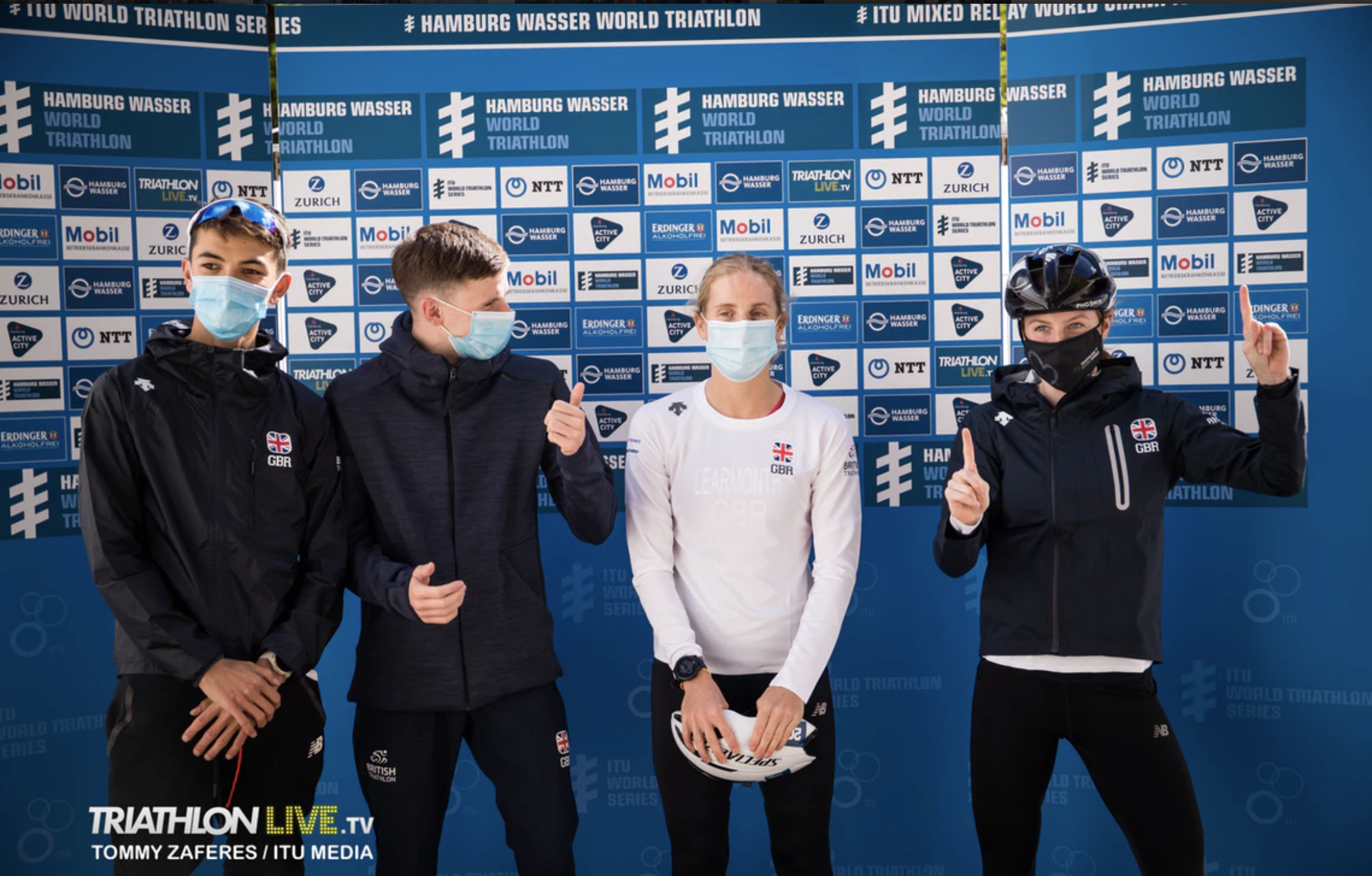 The past couple of months had little racing and large uncertainty, the athletes indicated that they missed several factors about the sport. Most of the athletes missed the racing, the community and friends, exploring, putting their effort to the test, and lastly, the atmosphere at the events.  Jonny Brownlee said that the unpredictable nature of the season was difficult to deal with. While Lizzy Edge missed catching up with the friends she has in triathlon.  This was also difficult for Tom Bishop who said, “we haven’t been able to race and train with friends since March, it’s my favourite part of the sport, pushing friends and training partners to new levels.” This indicates the importance of the triathlon community, and as Eden Schiller describes it as having a connection with others on a similar wavelength.

According to Ben Dijktra “this year I have definitely missed the feeling of competition. I say “feeling” as that encompasses a whole spectrum of social and competitive aspects. I not only love being on a start line but also being able to catch up with those I don’t get to see very often. It makes us realise how much of a privileged position we are in to be able to travel internationally doing what we love on a regular basis”.  This contributes to the atmosphere at events. Kate Waugh missed “the competitive environment, the buzz around competition and racing, training with my friends & training groups.” However, it goes further than friends and seeing each other again, but also being able to race in the presence of spectators also adds to the event. Connor Bently said “the biggest thing I’ve missed is the racing with the noise of spectators and supporters. I feel that’s something that can’t be replicated.”

Apart from this the athletes also missed the motivation that racing provides. Joseph Martin said that the “lack of racing lead to having no targets or goals, this became hardest when training long rides or runs where you are questioning why you are doing this to yourself. For me the most enjoyable part of being an athlete is being able to put into practice skills, techniques or tactics that you have developed over winter.” The ability to “plan, race, reflect and then hopefully see progression throughout the season towards my goals/targets” is the motivation for Dominic Coy. This summarized perfectly by a quote of Beth Cook “Racing is what I love, training with my friends is what I love and getting to see friends and coaches at races is what I love”

The athletes all approached the situation in different ways. Jonny Brownlee focused on setting goals in training. “I love to race but love the process of challenging myself every day in training. I saw any races as a bonus.”  While athletes like Lizzy Edge adapted to new training programs and coming to the realization that all athletes are in this situation. In addition to this she adopted the mentality that “there will be races again in the future and it’s also about long term goals not just short-term results even though they can be important for motivation and commitment in the sport in the long run.” Sophie Alden took the same approach and “tried to set different goals within training, for example doing a lot more run mileage with less sessions and exploring trails and routes that I wouldn’t be able to do in normal training weeks.” Beth Cook states that “lockdown was never going to be easy and to be honest, it was just about getting out the other side of it with new skills that I didn’t have before (I focused on things I needed to work on but “didn’t have time to do” before lockdown). Other athletes like Top Bishop and Joseph Martin took a break for the first time in many years. Tom Bishops’ motivation was “waxed and waned. In the early stages of the pandemic when there was still hope of a season, I was keen to push myself in new ways and try new things however, I made the decision in June to stop training and take a break from full time triathlon training for a while. I’ve been training hard for 10 years now and my mind and body needed to enjoy the summer in a different way.”  Joseph kept on training but later in the process came to a halt and took a break. “One of my largest learning curves through lockdown has been that no matter how determined or motivated you start out as, if you don’t set yourself a target or track your progression things will gradually grind to a halt. After a two week break from any training I came back with a renewed attitude.”

With light on the Next Generation Challenge and the lockdown, it is important to look at the opportunities given to young athletes to stimulate their development and motivate them to continue in the sport. Ben Dijkstra raise the importance of racing during youth and junior years. “As a junior, I would’ve struggled during these times as I know that I got a massive buzz from competition. Right now, the focus has shifted towards the consistent training being a key factor in performance but as a junior it was a lot about race experience and learning.”
Georgia Taylor-Brown also mentions that this time is a big learning period and also an important part of their development. Youth and junior athletes thrive on competition according to Tom Bishop and any opportunity to stimulate this is great for the competitive psyche. Beth Cook said that “when lockdown struck the one thing, we as athletes live to do was taken away from us. Yes, we do love training, however, we train to race and when that got taken away it was a very hard situation to be in.” However, as highlighted by Lizzy Edge “whilst races aren’t a viable option the challenge allows another form of competition and keeps athletes having a competitive attitude.” Joseph Martin emphasized the importance of being able to race. For athletes of any age it is essential to compete physically against one another, whether virtual or in person. “Without competition there is little opportunity to set targets or goals and this hugely affects the motivation of an athlete.” The virtual competitions have provided a target for athletes, when an athletes crosses the virtual finish line there is a feeling of reward, and this is something that will remind any athlete why they put themselves through so much.  Jonny Brownlee said that “Having a year away from competition at this early stage of an athlete’s career could be damaging. This challenge allows athletes to keep some competition. It also allows them to judge themselves against their peers. This competition gives athletes confidence about their abilities.”

Additionally, Tom Bishop explains “virtual competitions allows athletes to remain in their safe environment and hopefully get the best out of themselves.” In this respect all athletes have the home advantage, and this allows them to “compete safely on familiar routes and hopefully it will encourage friendly rivalry.” Ben Dijkstra agreed “the opportunity to compete virtually is a great example of how people can still get the most out of themselves when normal racing can’t go ahead fully. It gives people a goal to work towards or just an extremely hard hit out (virtual racing can be pretty tough I’ve heard) which helps boil it down to exactly why we compete, to get absolutely everything out of ourselves to get to the finish line as quick as possible. I think it’s this nature which is preserved by doing these virtual competitions which is key in keeping younger athletes enthusiastic and enjoying the sport.” Beth Cook shares a similar view on this not only do they work towards something “but reminds athletes why they are doing the sport and why they really love it.” Olivia Mathias and Alex Yee explains that this opportunity of racing virtually can “give them clarity on whether they want to commit to it and allows you to develop ownership on your own programme.” Additionally, Lizzy Edge mentions that this also gives athletes the opportunity “to connect with others and enjoy races even though online.” Georgia Taylor-Brown said that “it will be a much easier introduction back into racing and it gives them the reassurance that they will be safe and protected.” Additionally, “the athletes can experiment with different tactics and figure out what works for them so they are very prepared when they race again.” Dominic Coy mentioned that for many athletes including him it’s frustrating not being able to compete. However, opportunities like the Next Generation Challenge can help athletes stay motivated and focused. Kate Waugh suggested that making the virtual event more formal, by for example promoting it by the ETU will place larger emphasis and grandeur on the virtual races. This in turn will then hopefully become something that young athletes are excited about. Another important consideration is athlete safety, Connor Bentley said that to maximize this the risk of picking up the virus should be eliminated. Gordon Benson agrees that it’s a great idea to generate competition amongst athletes, as for him competition has always been a superior motivator as well. Fynn Batkin agrees that “virtual Racing is important to keep athletes engaged and maintaining their enjoyment of participation in triathlon”. Hamish Reilly one of the participants in the Next Generation Challenge said, “I am personally highly motivated by races and having races taken away was a big blow.” However, the challenge helped him set goals for swimming and running, feeding the hunger to succeed and to be his best when racing returns. He also said that “by doing the races virtually in my own environment it made things much safer, but also added an extra challenge of having to be intrinsically motivated. Its just you against the clock, taking away tactics, making things much simpler, a battle of willingness and who can endure the most pain.” Sophie Alden mentioned that this gives athletes goals to keep in mind during the uncertainty and might help to keep athletes motivated and feel more connected. Ben Dijkstra also saw the social potential of the challenge as he said that “it hopefully encourages communication between the athletes by congratulating each other when seeing the results and keeps people in touch when racing would have been the best way of doing this in other years.”

Although it has been a difficult season each athlete approached it in their individual way, and hopefully this will result in strong racing and social gatherings when the time is right.