What a weekend of racing in Kitzbuhel!

The new Eliminator format provided a weekend of great racing in the classic stop on the tour of European Cup races in Kitzbuhel.

The weather was perfect, with the sun shining through all the days of competition. Athletes competed over a 250m swim, a 5.6km bike route and a 1.5km run. The races saw athletes completing 4 triathlons in 2 days…no joke! Race after race the field was narrowed down until the last 10 women and men were left to battle it out for the top spots. The elite men’s race saw Matthew Roberts from Australia take the win after a battle on the last run against Jannik Schaufler and Simon Henseleit from Germany, who came respectively second and third. German athletes overall performed extremely well by being able to nearly take all the top spots in the final. Young athletes Esteban Basanta Fouz from Spain and Dominic Coy from Great Britain have shown great potential by coming 5th and 6th in a top class field. In the elite women’s race Olivia Mathias from Great Britain took the win, right ahead of Lena Meißner from Germany and Angelica Prestia from Italy. Italy and Germany qualified the most athletes in the final, with both nations taking most of the top spots. 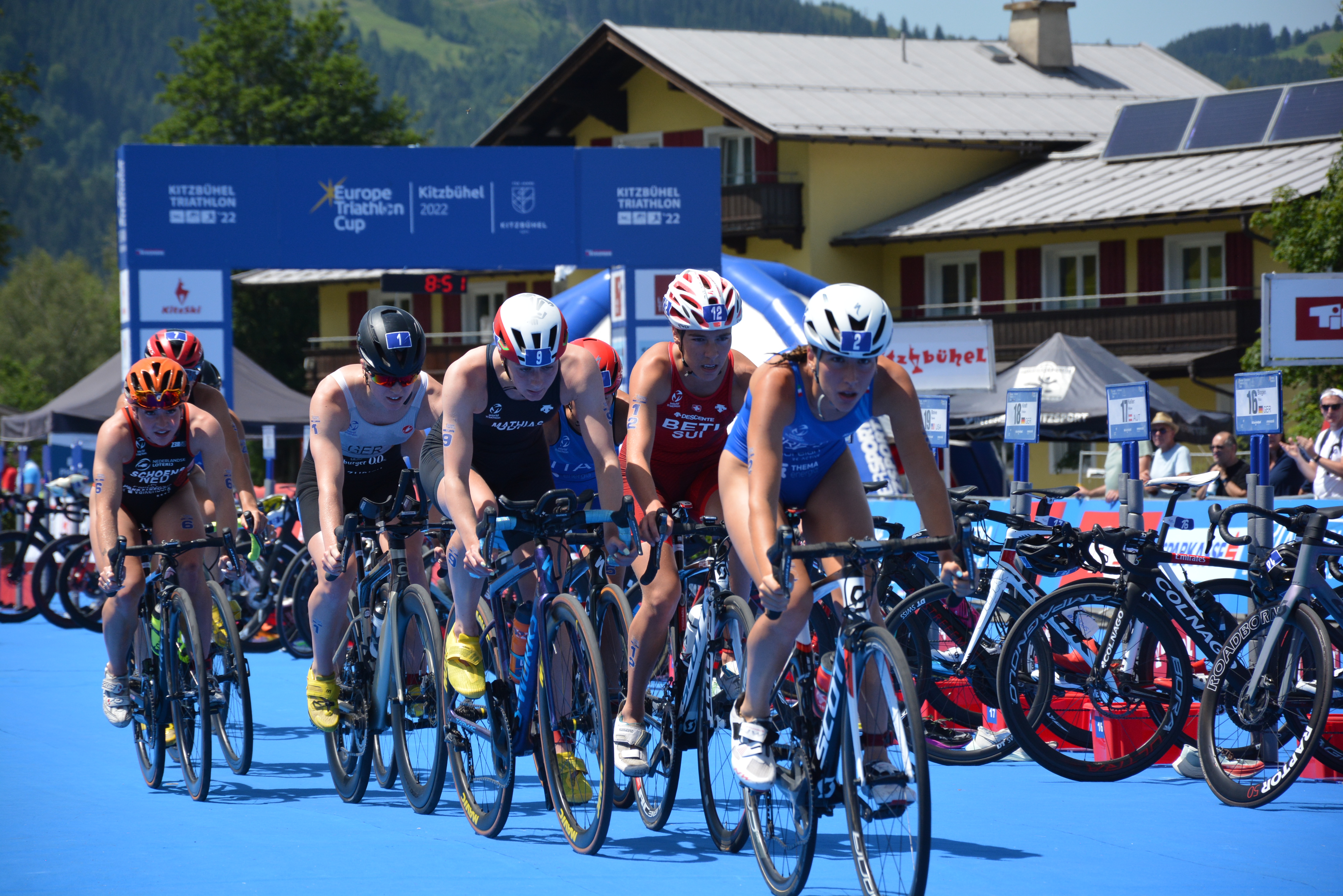 For the full results: https://triathlon.org/events/event/2022_europe_triathlon_cup_kitzbuehel 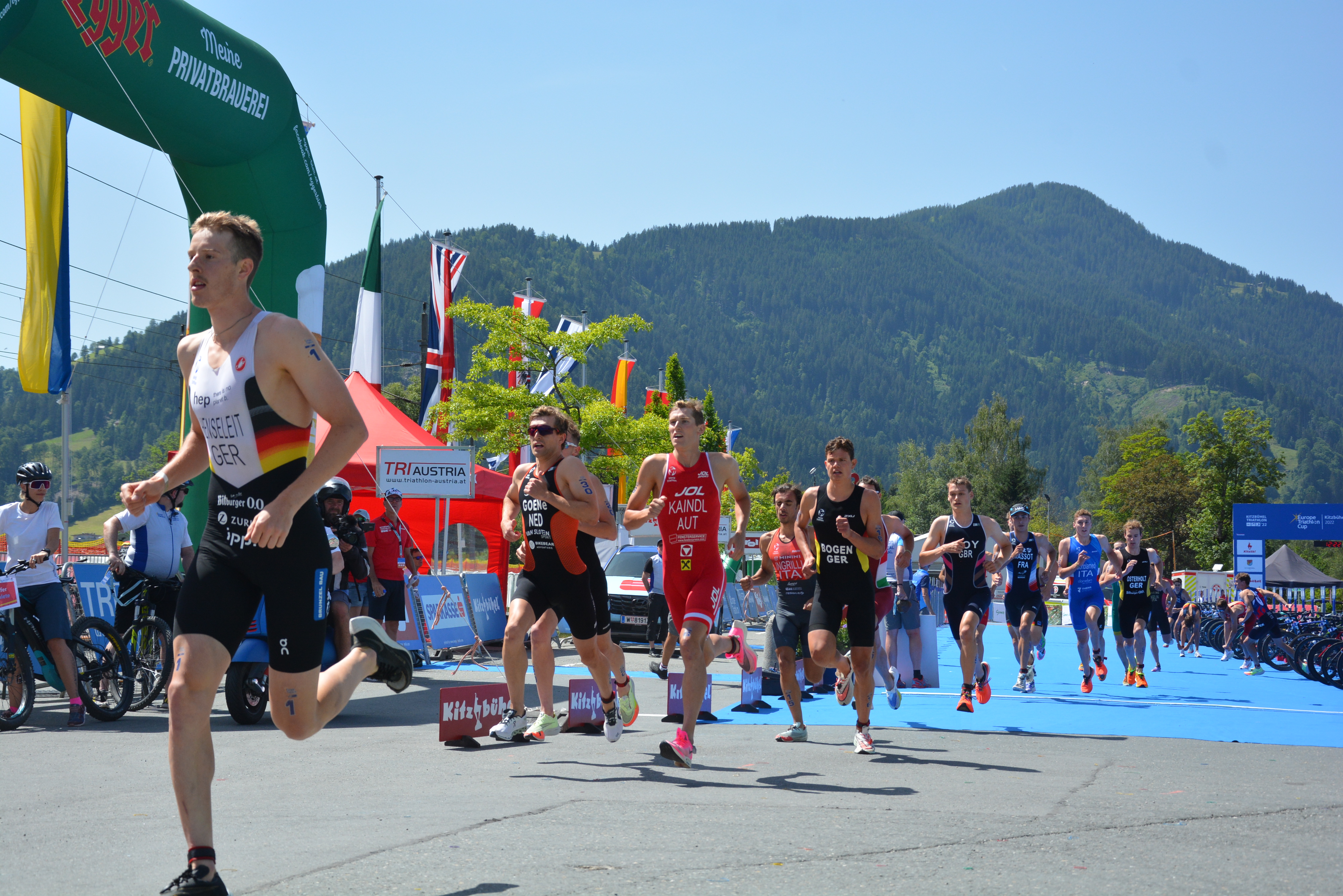 Next up on the calendar is Holten which will provide more ranking points as a premium cup, we’re sure its going to be an interesting one!