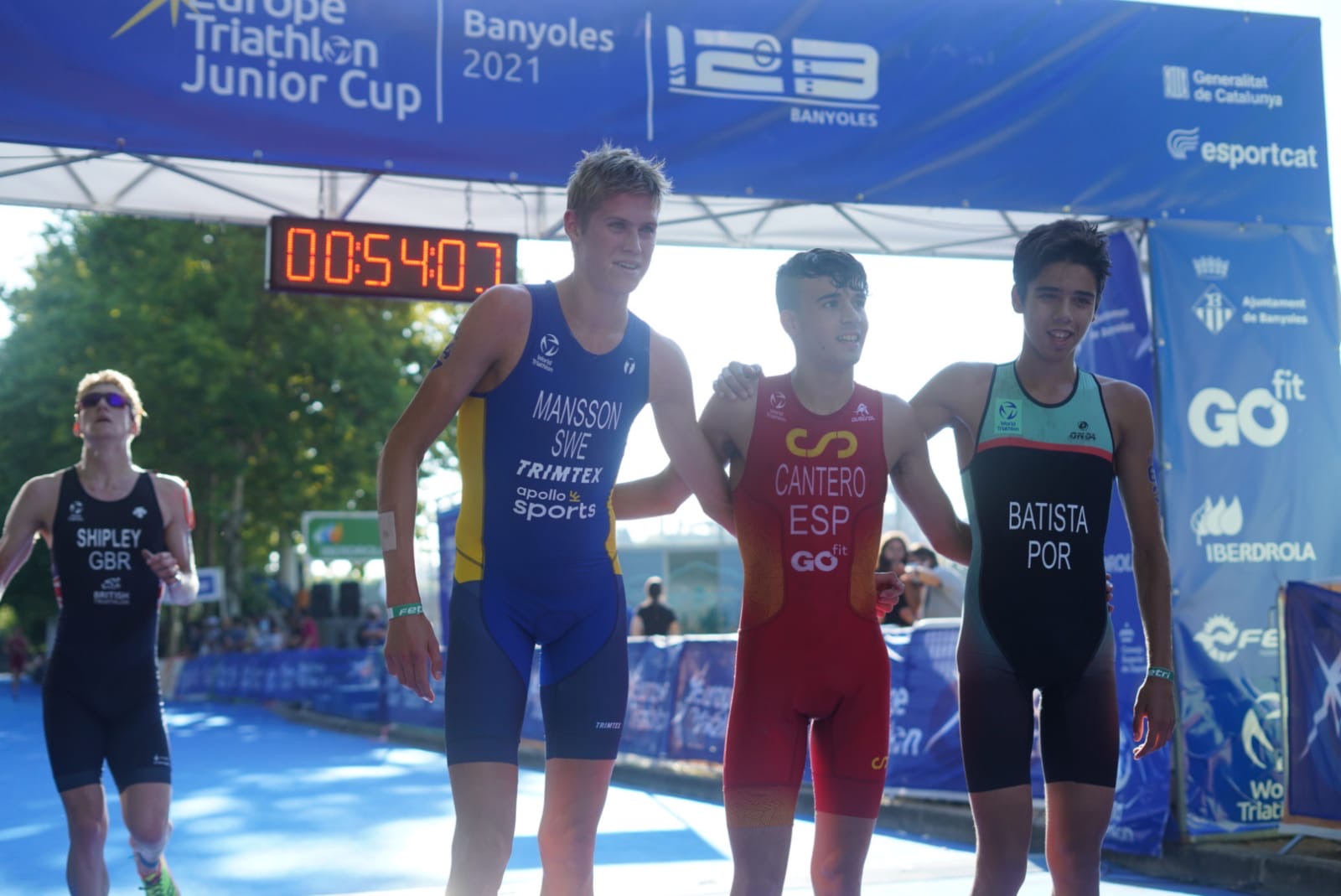 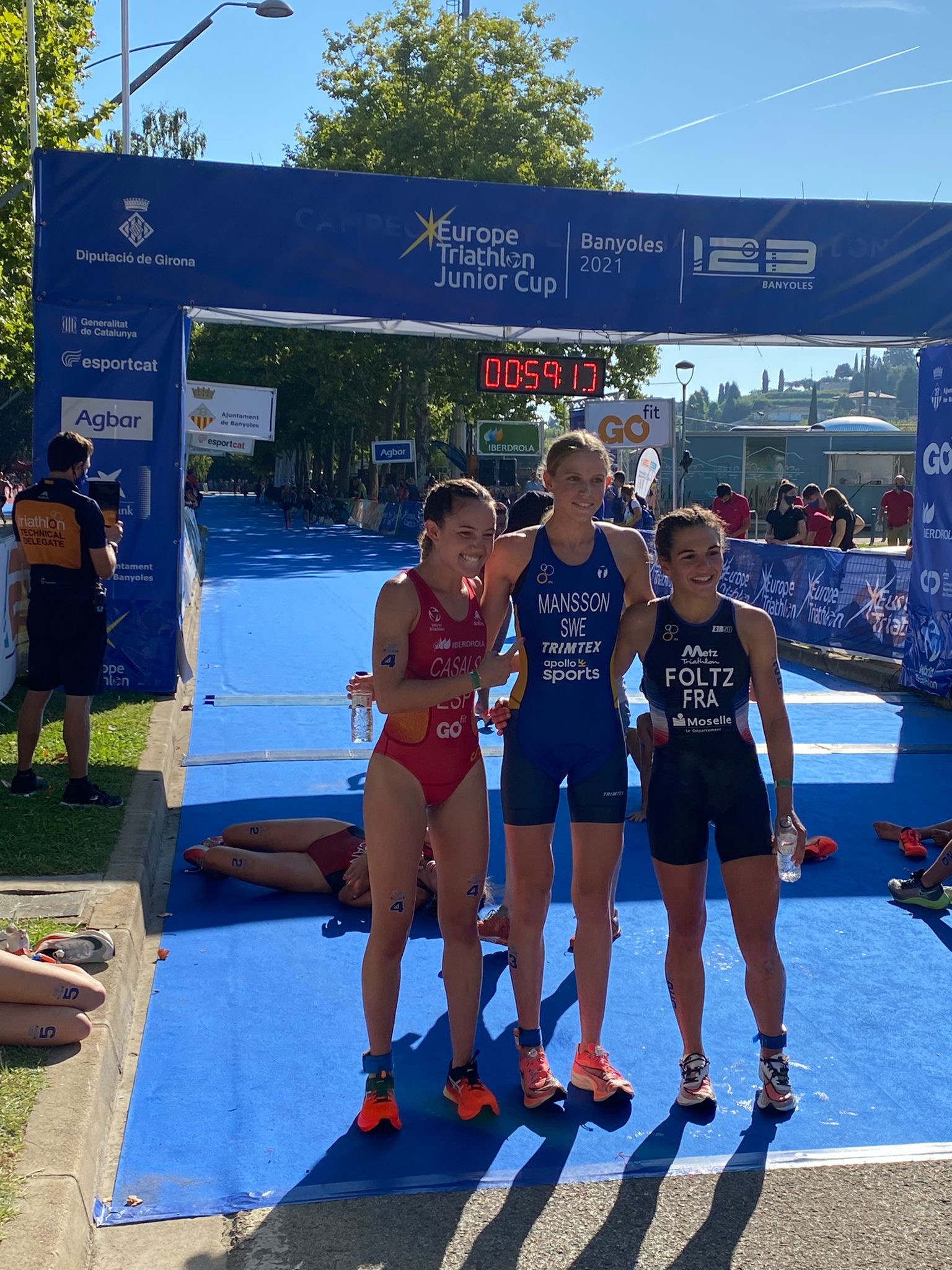 What an incredible race for junior Spanish David Canterò Del Campo and Swedish Tilda Månsson who conquer the European Junior Cup Banyoles. It was a great day for junior Team Spain who at home claim a wonderful victory with the men and a silver with the women. 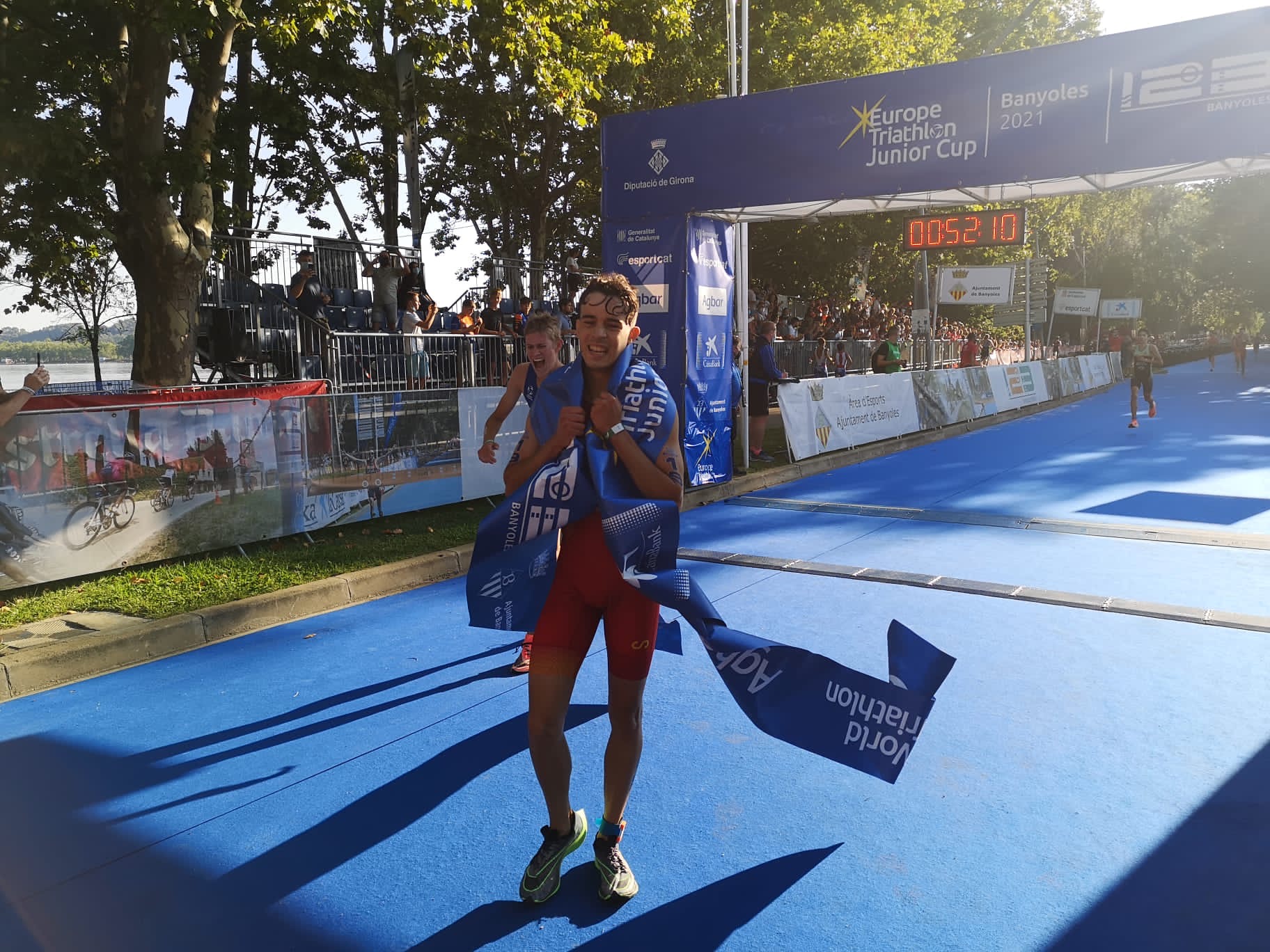 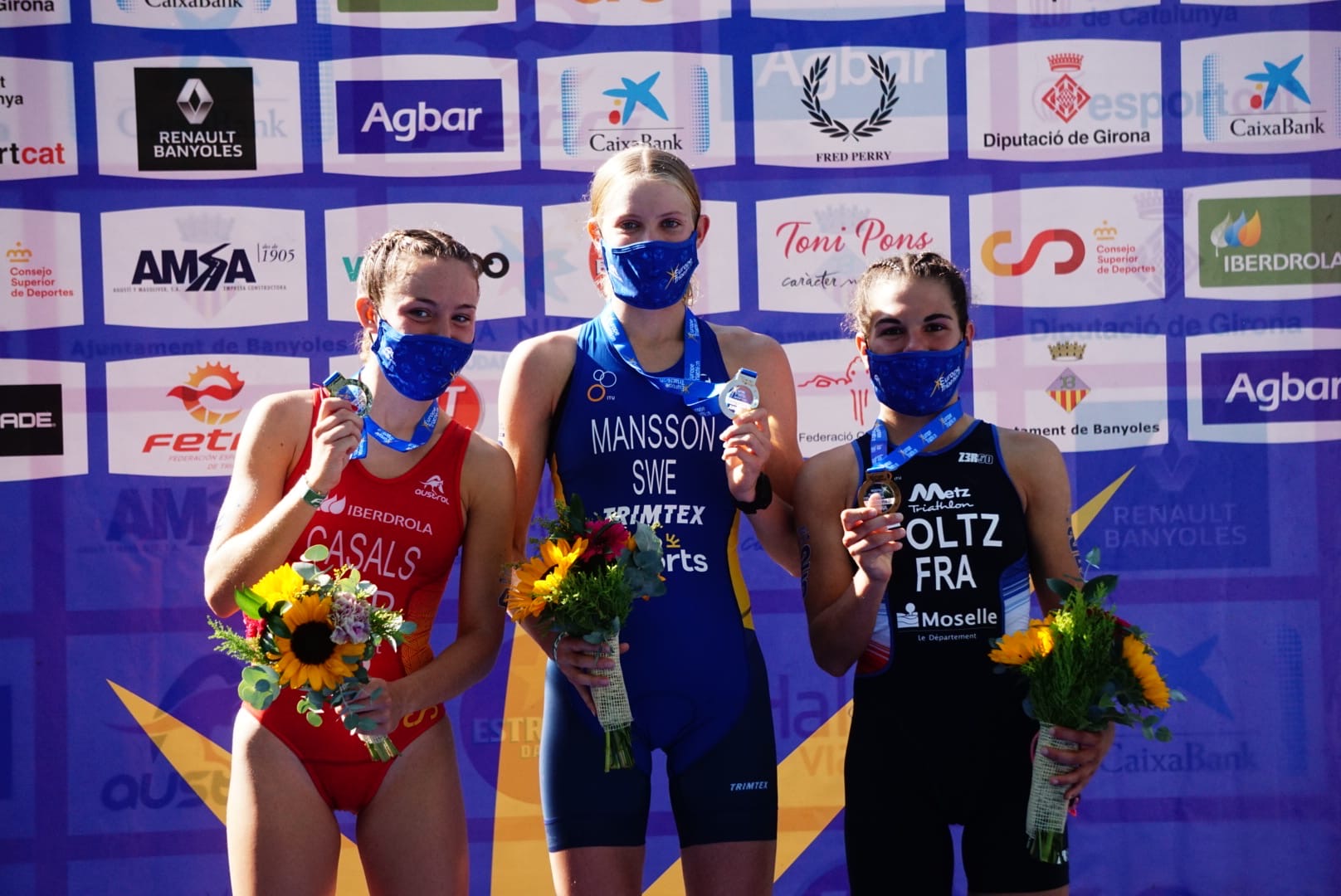 In the junior men after the swim a trio with Esteban Basanta Fouz, Pau González-Espresati (ESP) and João Nuno Batista (POR) were the first out of T1. All athletes formed a huge pack and a group of athletes reached T2 with them David Cantero, Igor Bellido (ESP), Loris Lala (FRA), Niels Van Lanen (NED).
In the run David Cantero managed to impose his victory in a sprint finish in 52:14 in silver Swedish Hampus Månsson in 52:17 and in third place the Portuguese João Batista in 52:21. 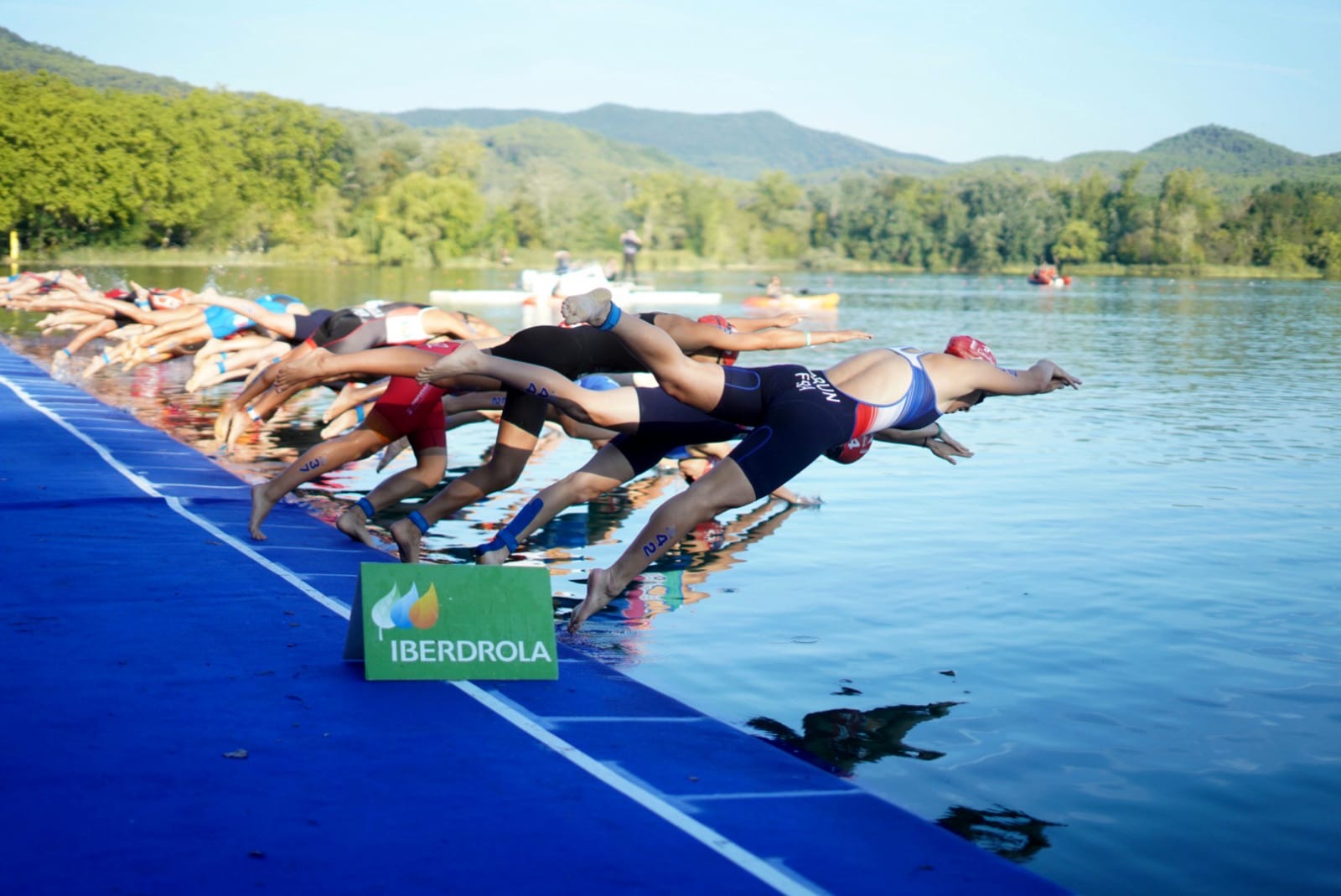 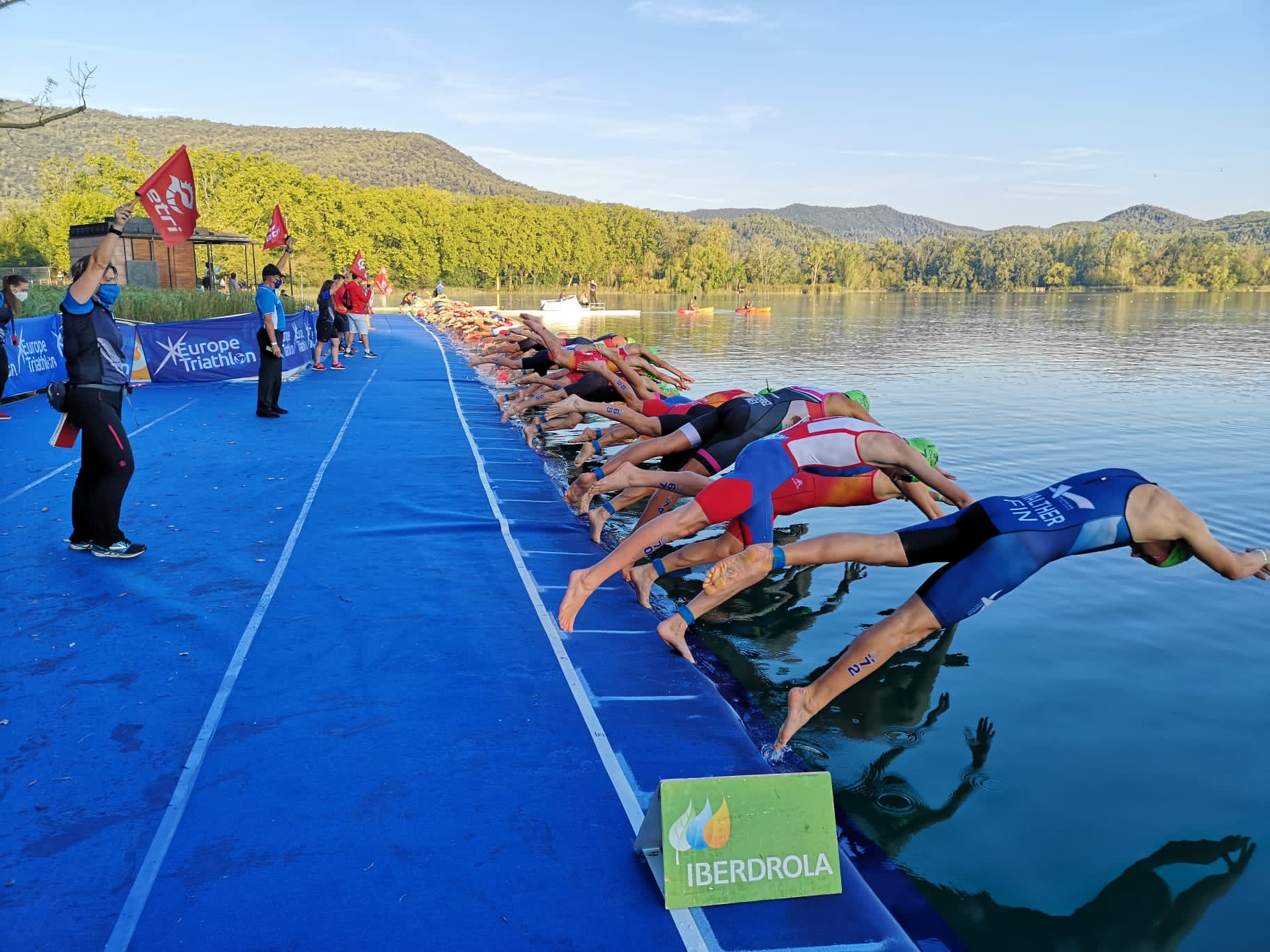 In the junior women after a fast and furious swim the first out of the water was Myral  Greco ( (ITA) then Paola Sacchi (ITA) followed on her heels by Linn Suchomel (SWE). In the bike a large pack reached T2 were the two French Apolline Foltz  and Charlotte Faivre with a great transition took momentarily the lead. Behind them the Spaniard were in the mood of not leaving any space to other contenders and Maria Casals together with Helena Moragas and Natalia Castro increased the pace and only French Foltz remained in the leading group. Anyhow this was a great day for the Swedish Team, since none could stop Tilda Månsson who with a stunning running grabbed the blue tape for first and wins this European race in 58:00. In second Spanish María Casals Mojida in 58:07 and in bronze French Apolline Foultz in 58:22. 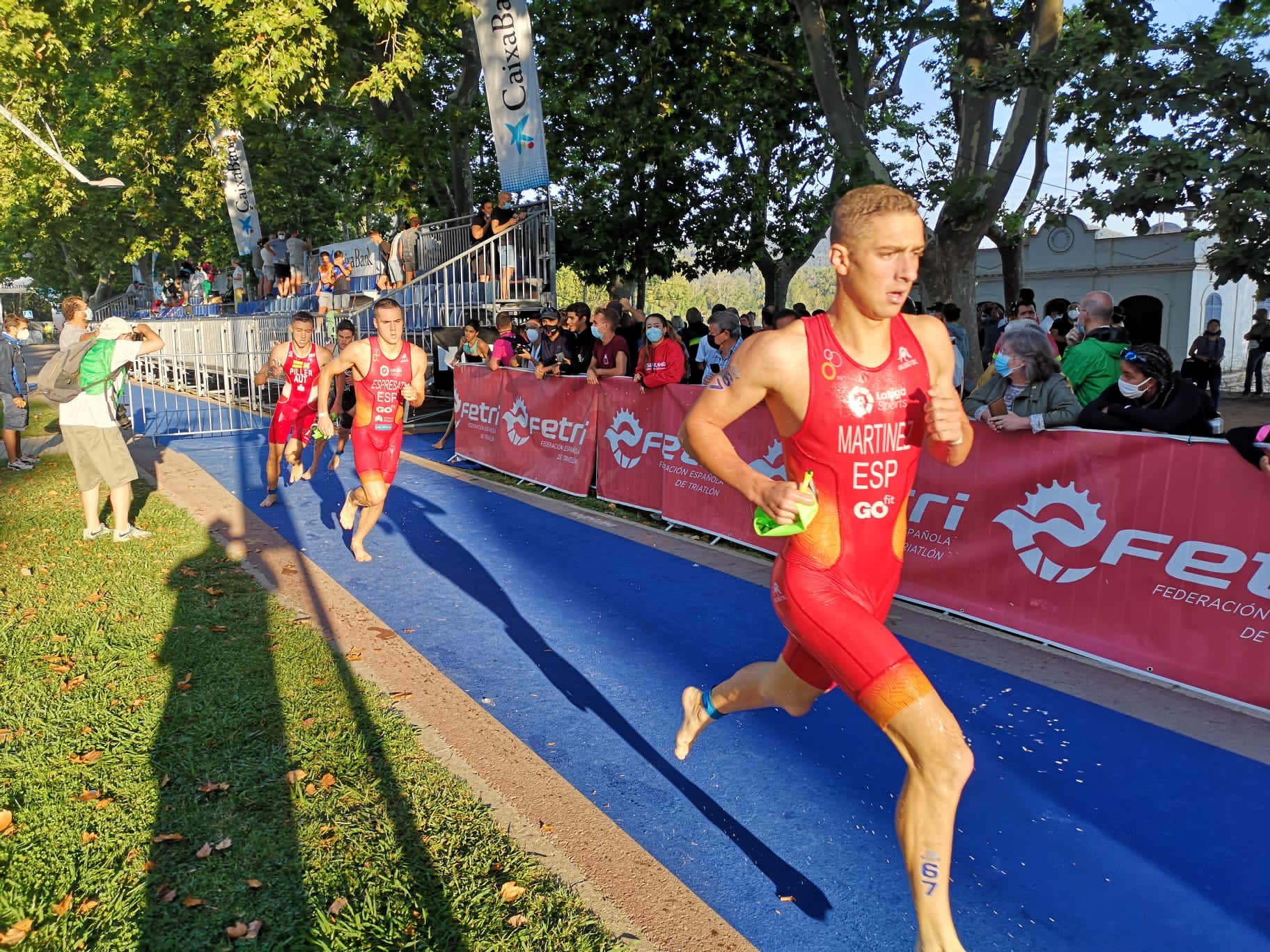 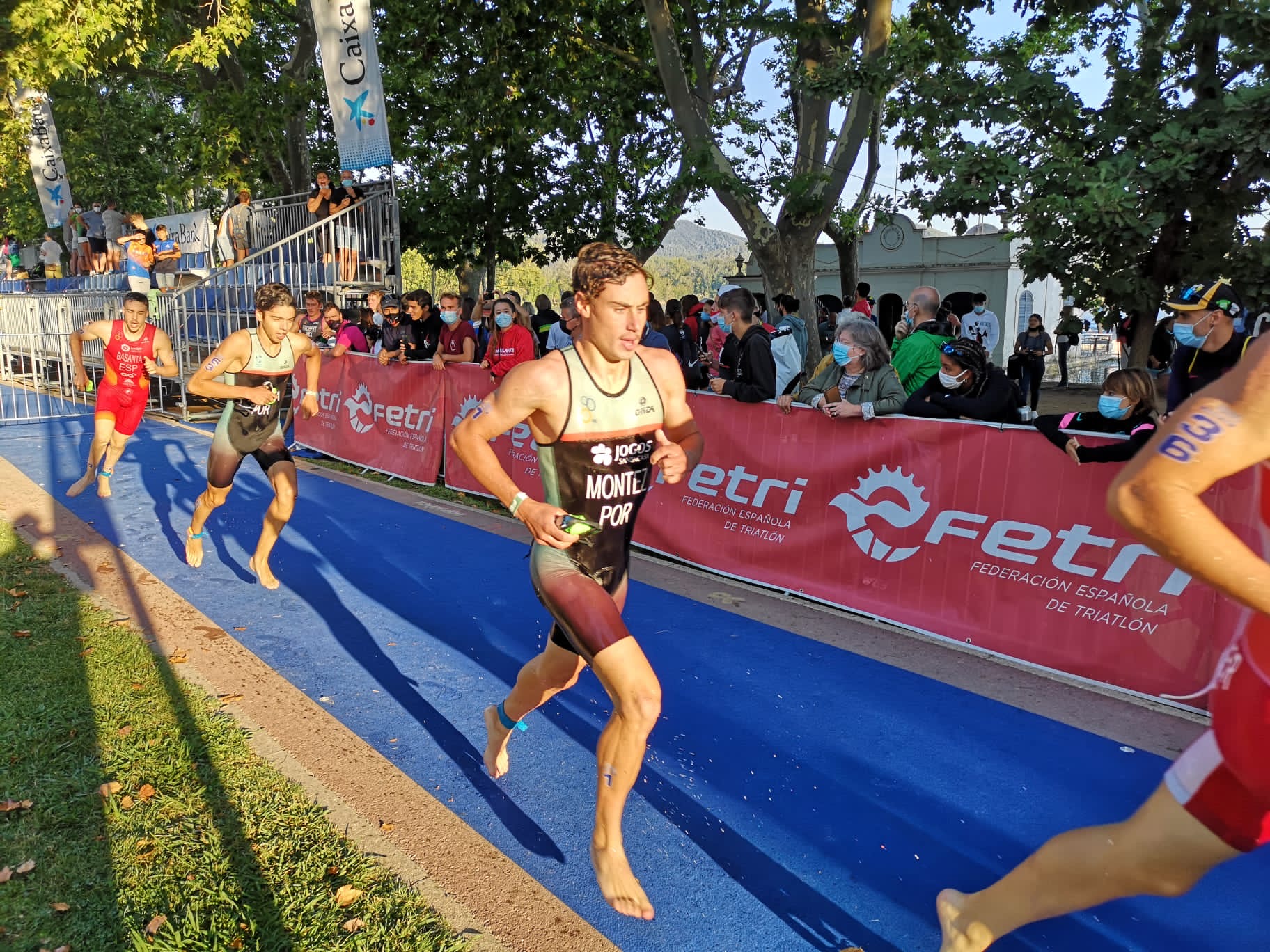