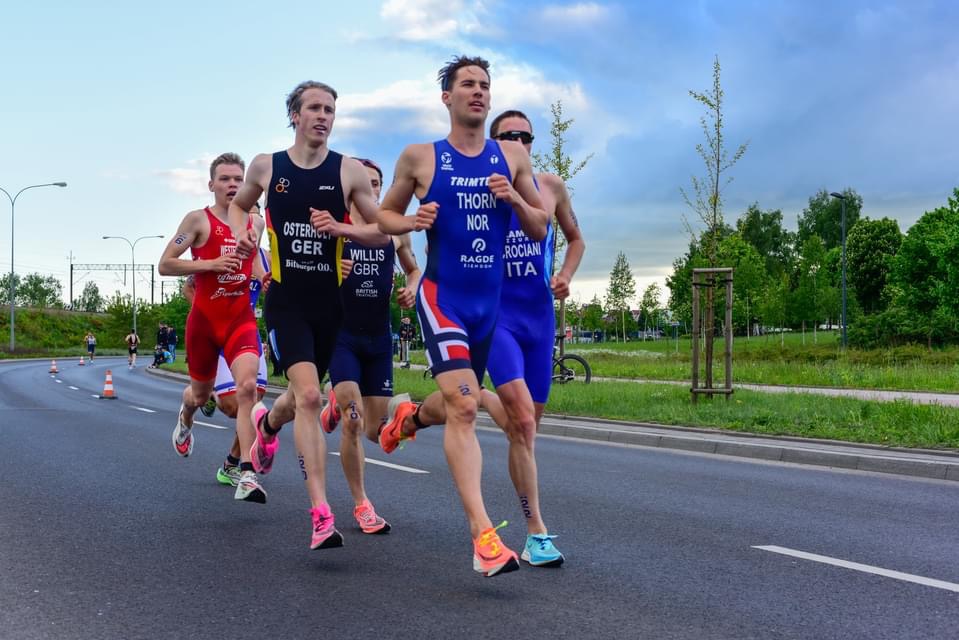 A great day for Norway with Vetle Bergsvik Thorn and the Netherlands with Barbara De Koning who claimed victory in the European Cup of Olsztyn. In this case the swim was not so decisive, since both winners were not leading the race after the first segment. In the men’s élite race the Norwegian Vetle Bergsvik Thorn exited in the first group but had to work hard to be in the right leading position when entering T2, and with a fantastic run of 15’14, beaten only by the Canadian Martin Sobey with the time of 15’09 took the victory. The finish was in any case, furious since in 10 seconds the first 4 places were decided: Thorn NOR 54’06, Duval FRA 54’07, Westermann SUI 54’08 and ITA Crociani 54,10. The French Team had 3 athletes in the top ten position which confirms their strong growth in the overall movement of triathlon. While Norway is steadily having a crescent influence on the global triathlon results of the international events. A general great work is being carried on by this Nation that is repaying them with immense triathlon outcomes.
In the women’s élite race the outcome was decided for the first two position in an incredible photo finish rush that was won by the French athlete Jeanne Lehair, who was reached  by the Russian Isakova ten seconds faster in the run 16’51 while the  first 16’41. After moments of indecision the photo finish gave the final verdict and the victory was given to the French Lehair. In third position the other Russian Yuliya Golofeeva in 1’00”23.
In the men’s Junior race the swim segment did not have the same impact as in the other races. In fact the Norwegian Sebastian Wernersen exited the water in 20th position and did an extraordinary bike split that permitted to grab victory in 56’35 over Büttel from Germany 56’46 and Basanta Fouz from Spain 56’55.
In the women’s Junior race another triumph after the one in Caorle for Barbara De Koning who managed to be in the leading bike group and notwithstanding the 6th time on the run, reached the finish alone in 1’02”16. In second Margareta Vrablova from Slovakia 1’02”35 and the Spanish Natalia Castro Santos in third in 1’02”41. The overall event had a marvelous organisation thanks to the great efforts of the LOC who managed to carry out a spectacular day of triathlon notwithstanding the many difficulties of the moment. We gladly appreciate everything they do for the world of Europe triathlon!