The Europe Cup of Melilla conquered by the French 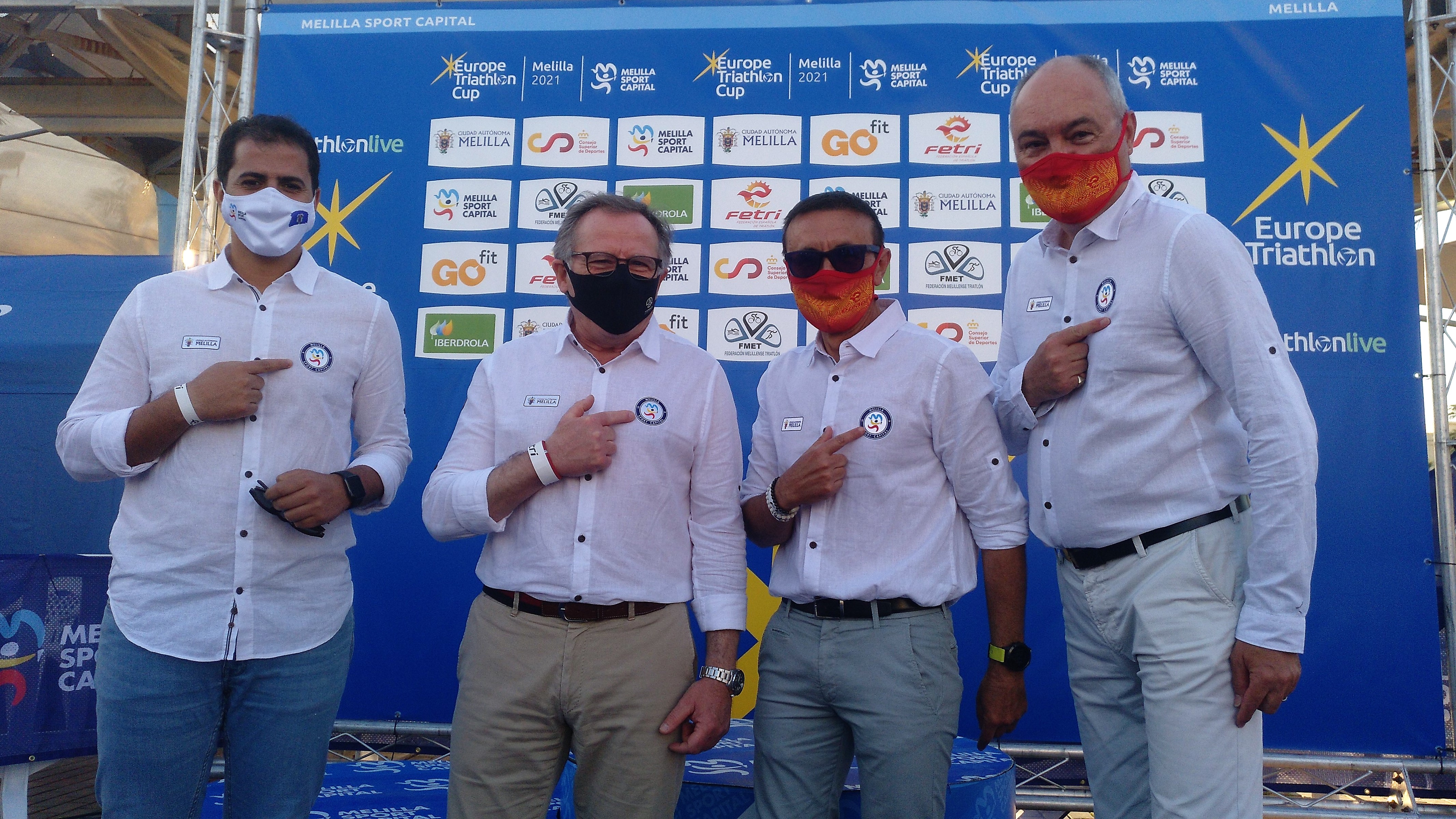 The first event of the Europe 2021 Triathlon Cup season was held in Melilla was dominated by the French athletes. A beautiful sunny day for the opening Triathlon European season that had a very high level of participants that can be surely be compared to a World Cup. The President of the Spanish Triathlon Federation in the post-race report commented “the race had an incredible high level of participants, the Europe Cup was indeed like a World Cup. In fact most of the athletes racing here will be going to the Olympic Games of Tokyo in a couple of months. The local organisers did an immense job because of the great responsibilities related to the pandemic situation. Everything was perfectly done and I am very happy for it”.

In the women’s race the French Beaugrand managed to keep the leadership of the competition since the beginning and after the swim a group of 14 athletes was formed in which also the Italian Olmo and Periault the other two medalists were in it. In the run course thanks to the superb effort done by Angelica Olmo she broke the French dominion taking the silver medal in a final strong sprint on the finish line with the time of 57:25. Cassandre Beaugrand not only won the race with the time of 57:07 but also performed the best 5K run with a 15:08, third and last place on the podium for Leonie Periault with the time of 57:27.

Notwithstanding the French showed such an incredible performance we are happy that at least an Italian managed to enter the podium and as Angelica Olmo said on her Instagram profile “a good way to start the 2021 race season in a French sandwich!”. We hope that next time you will get a big pizza and grab a great victory Angelica! 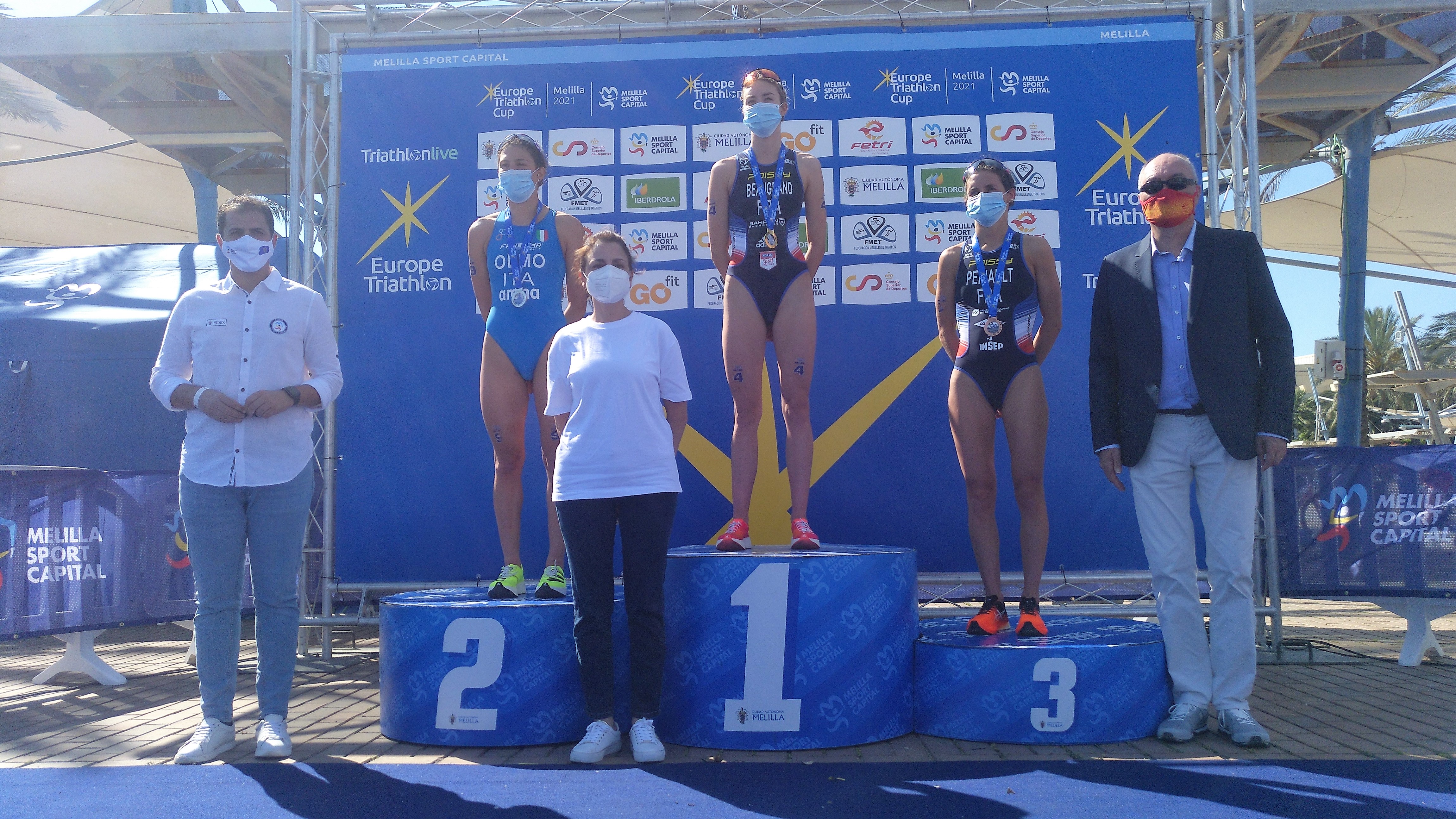 In the men’s race Léo Bergere managed to grab this important victory with a powerful final run in which 10 athletes crossed the finish line in less than 50 minutes.The second place was taken by Coninx with a strong sprint over the Israeli Sagiv that with the final time of 49:17 showed such a high level of condition that will make us hope for great things for the important coming events. The President of the Israeli Triathlon Federation Michael Ziff was really pleased that one of his athletes reached such a result and said “It is indeed a great honor for the excellent result of Sagiv. Only 11 seconds separated him from the top 3 including two French triathletes which shows the high quality of the field. We are very proud of him and hope for his continuous success on the way to the Olympic Games of Tokyo”. We are happy that the first Europe Cup in Melilla was a successful event thanks to the LOC and the Spanish Triathlon Federation that managed to get through this difficult current moment and gave the opportunity to all the athletes to enjoy a marvellous day of triathlon!

The results of the race of the Europe Cup Melilla: