Team GB wins the first Gold in the Mixed Relay Event in Tokyo! 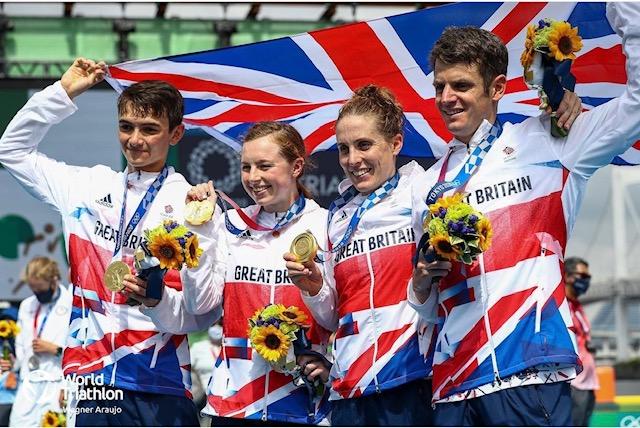 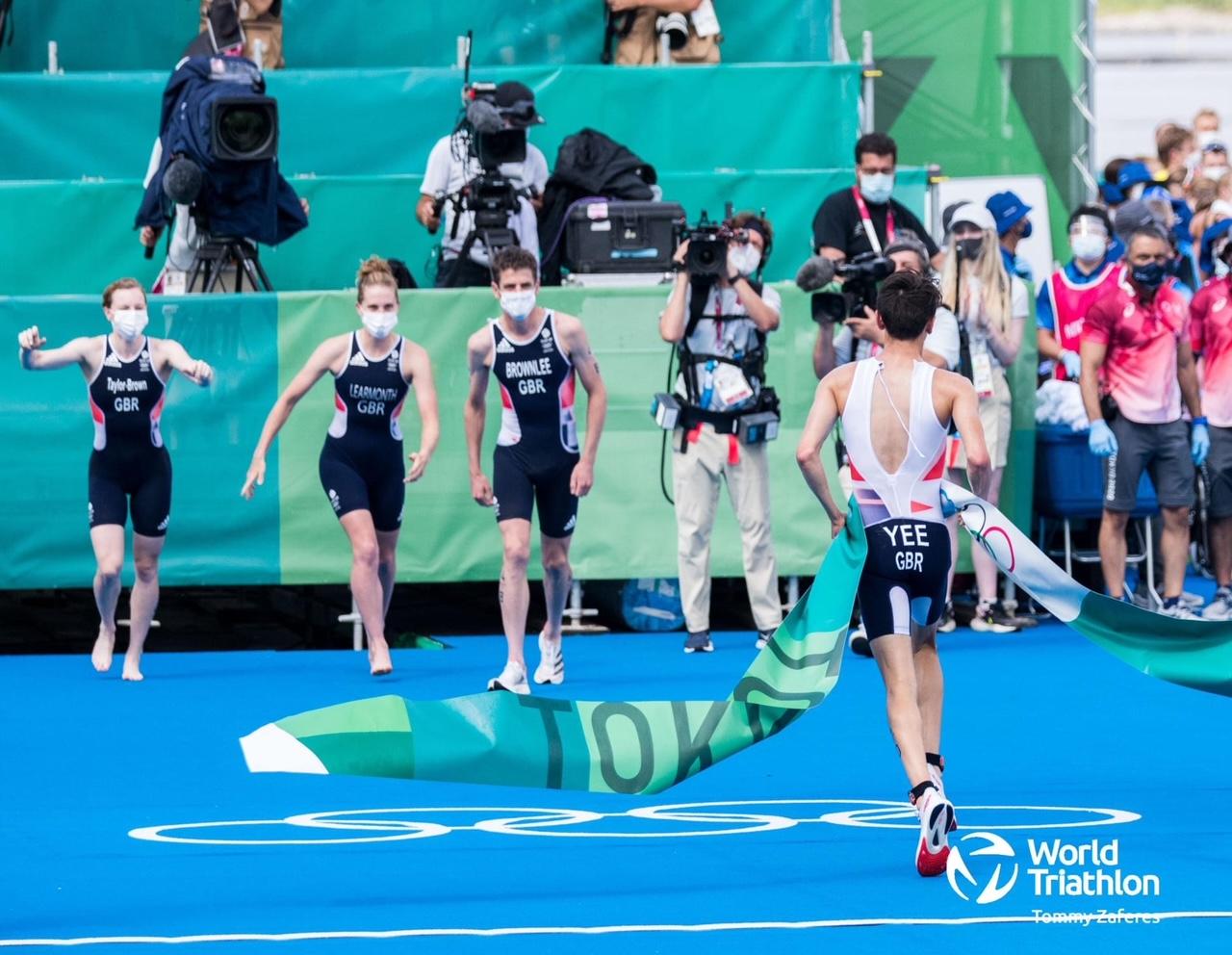 Saturday Morning at Odaiba Bay Team GB has written the history of the sport of triathlon winning the first ever Gold in the Team Mixed Relay Event in a extraordinary race!
Huge Congratulations to them, to the silver of Team USA and to bronze of Team France. 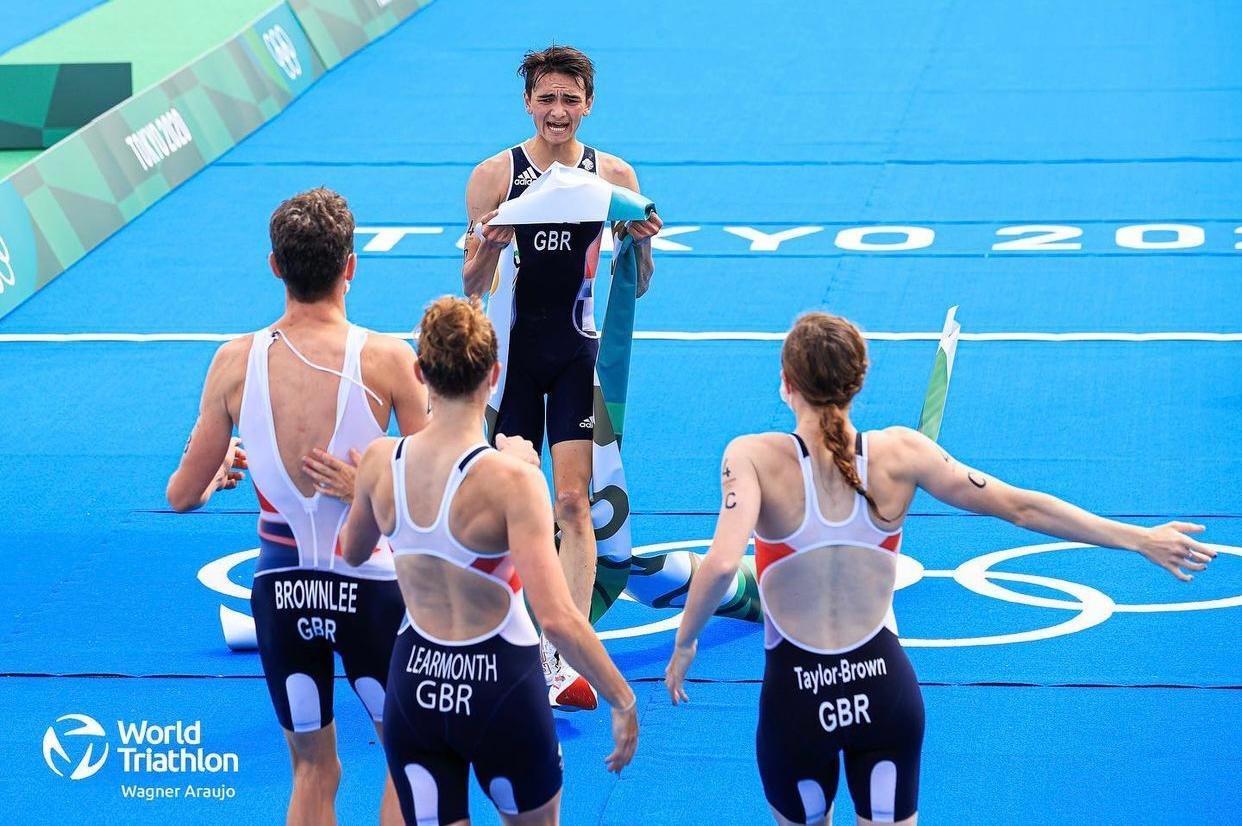 In the post race interview of World Triathlon Jonny Brownlee said: “To be able to do that and win Olympic gold with this team after everything that has happened is so special. “It’s a whirlwind. It was hard work but so worth it,” said Learmonth afterwards. “Yes, that was special. Slightly different to one million people in Hyde Park, but this was special in its own way. these guys had done great legs and put me in such a position that I just had to do everything to stay there,” added Yee. “It’s surreal. That was 2km of pain, the longest of my life. I wanted to go hard at the start because I had a little gap and it worked.”
“It’s a bit scary leading, it’s easier to have people to chase,” said Taylor-Brown. “When you’re out front, you don’t really know what’s going on behind. The relay is so fast anyway, there’s not much time to take in any information on the course. I just had to time trial it. I just had to put my head down, we all knew what we needed to do today and we did it.” 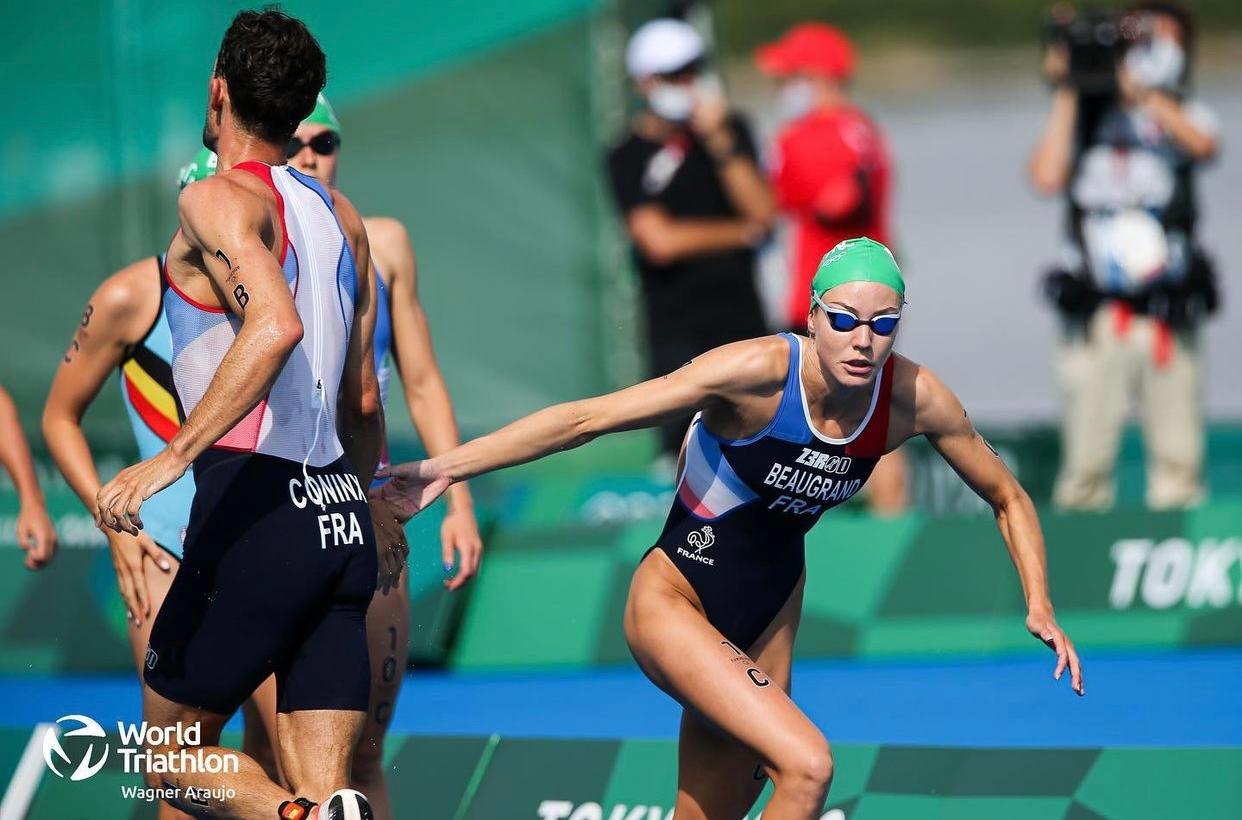 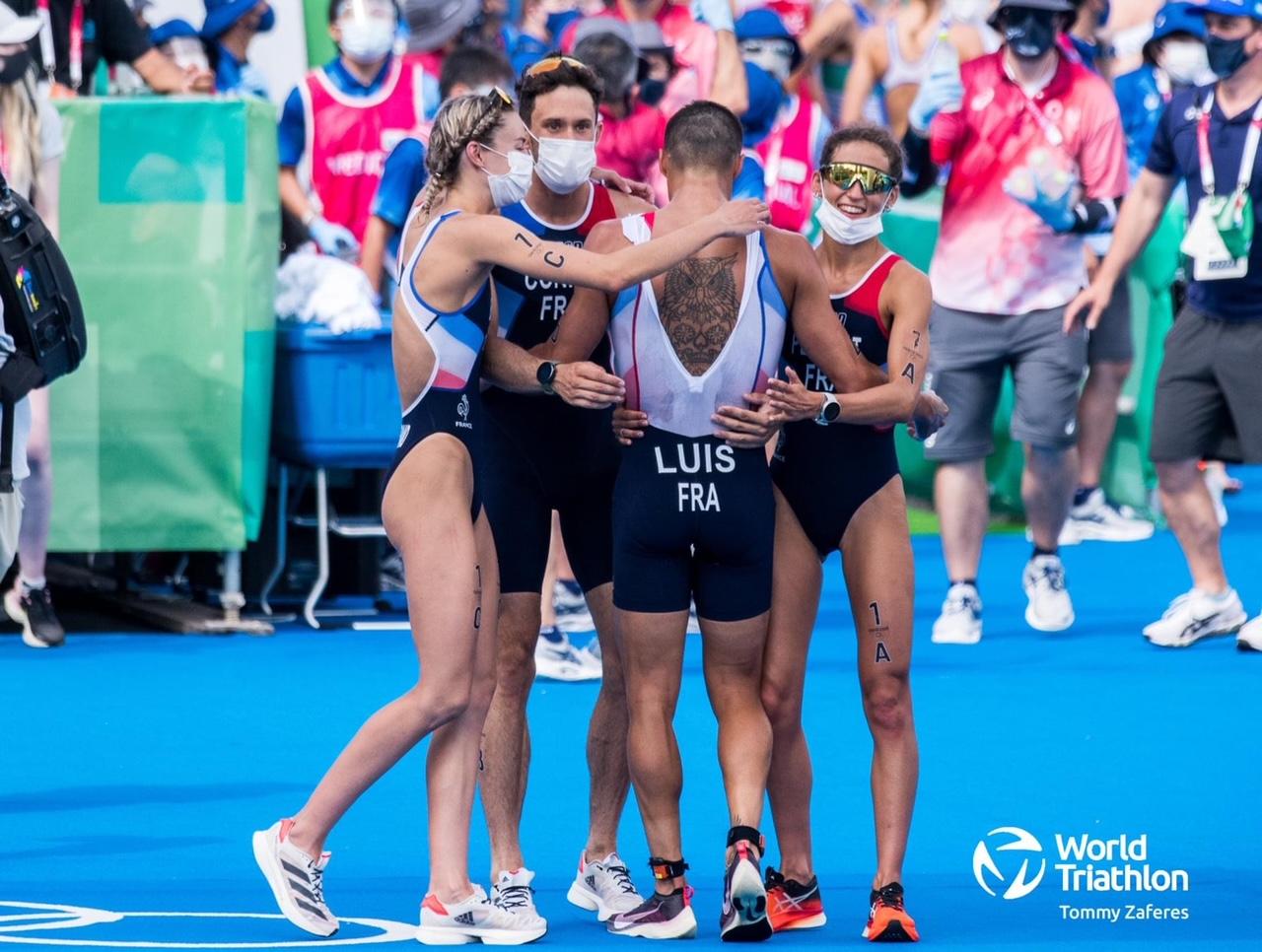 “I am incredibly proud just hearing Alex say that I inspired him in some ways, that means a lot. He’s an incredible athlete. These guys are incredible athletes and part of our role is to inspire people to do sport. It doesn’t have to be triathlon - just aim to do something, whatever that is. That is what is great about the Olympics, there are lots of great events for people to enjoy and one of them is triathlon and hopefully everyone at home enjoyed watching it.” 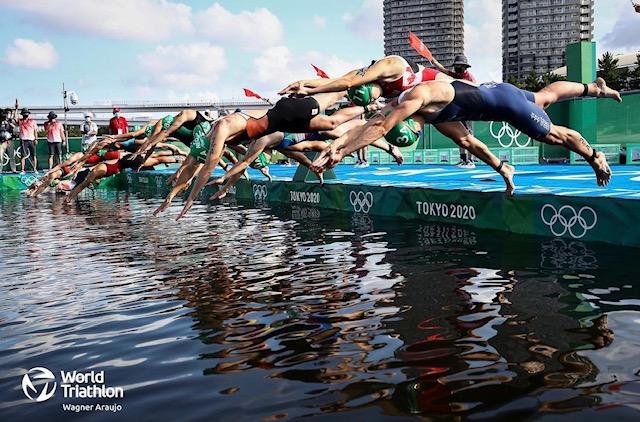 Alex Yee added: “Alex and I have a little story. Back in 2012, my first Olympics, I got asked by a friend if I had an Olympic gift to give to a young guy starting triathlon and I learned that it was Alex. This guy is the new man and you need to count on him. I also want to thank Jonny Brownlee for everything he has done for triathlon, that was amazing and I am really proud of my team. I hope I see you in all in three years.” 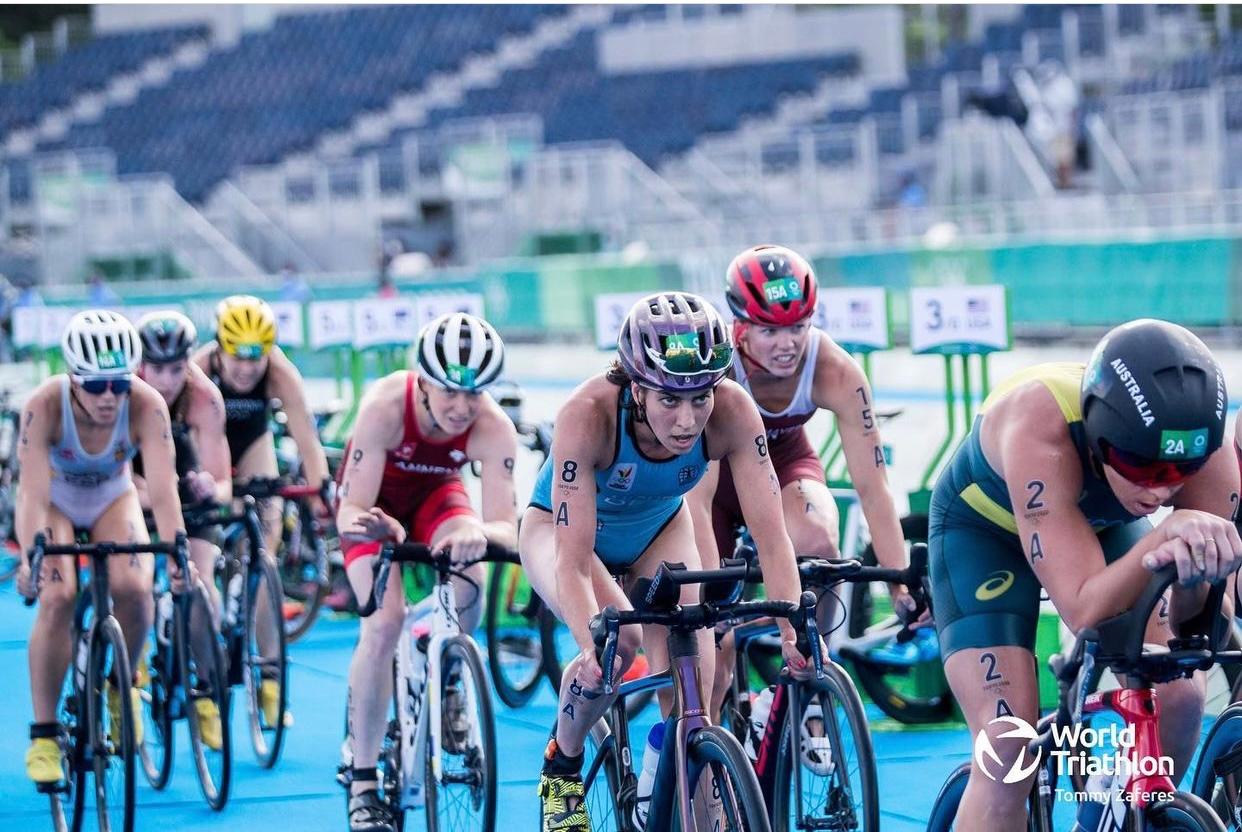 Vincent Luis of Team France in the post race interview said: “My race was pretty special, Alex is someone I really appreciate and when he dives in front of you with thirty-five seconds, it’s basically you have to empty the tank in fifteen minutes when you have a twenty minutes race. I will let you imagine what were my last five minutes; not nice. That was a great race. Morgan and Alex are two really true racers.” 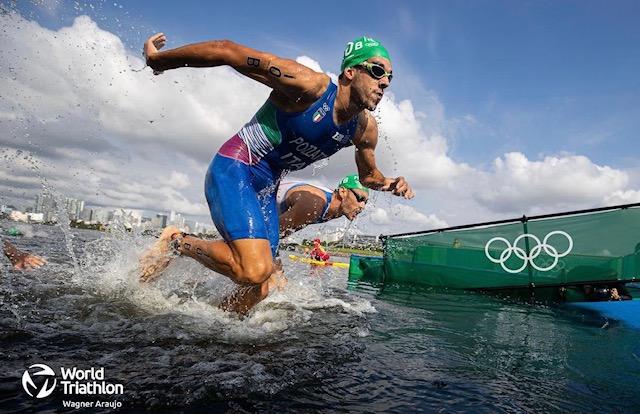