Riasova and Batista are U23 European Champions in Kitzbühel 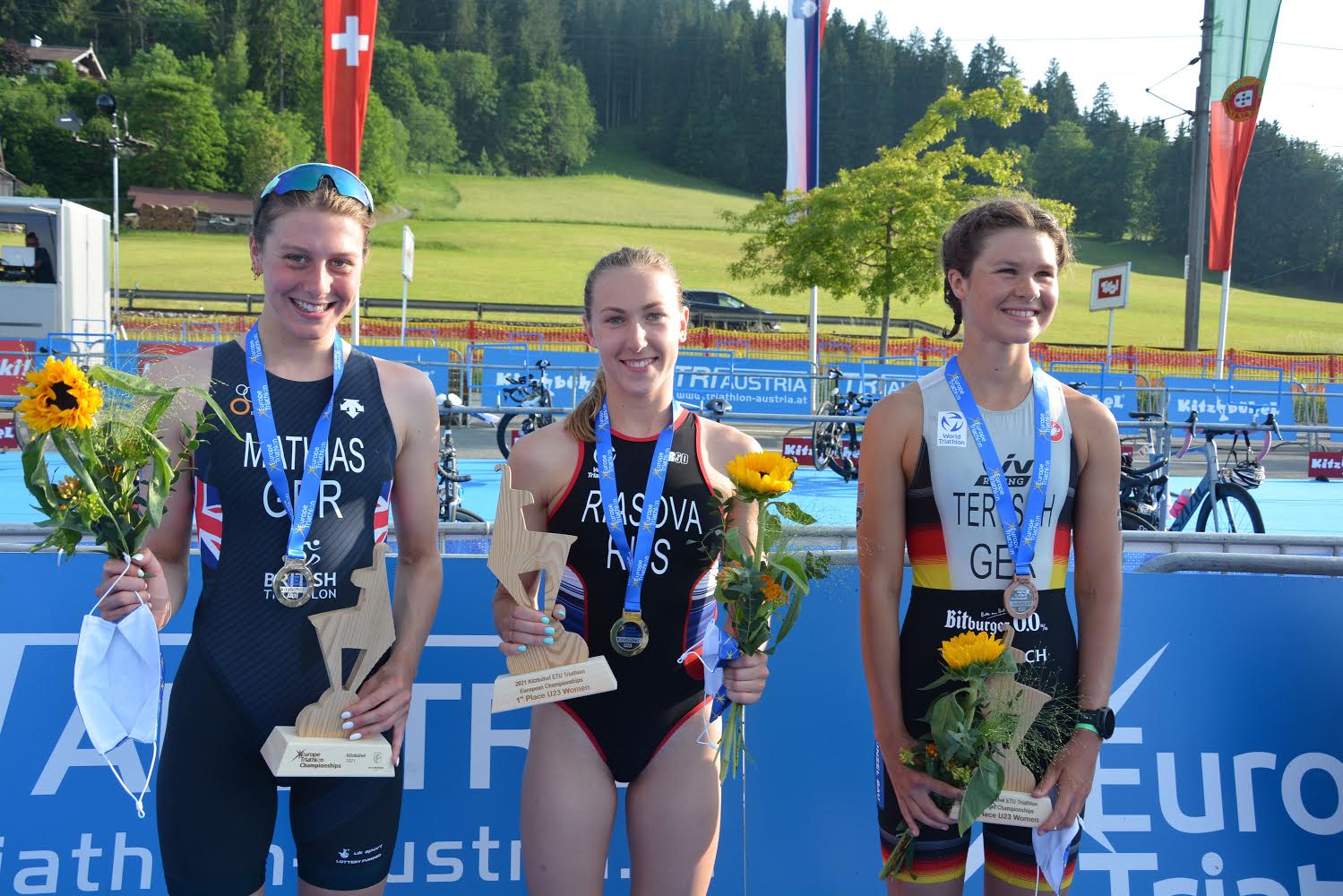 A very hot afternoon welcomed the U23, who had to compete together with the elite athletes. For them it is a very hard challenge to endure since many of the elites are even top world athletes also
qualified for Tokyo. Nevertheless they performed stunningly without being intimidated by them.
In the men race in fact Alessio Crociani did a 5:39 impressive swim leaving all behind, followed by fellow Italian Team Nicoló Strada and  together with the Hungarian Zsombor Dévay tried to breakaway from the rest of the chasing group for all the first lap in the bike. The chasers however were not intentioned to leave any chance to them because the final prize was too important to let them go. By second lap the gap taken by them was zeroed and all reached furiously T2. Batista (POR)  managed to exit just before Strada (ITA), in third Hellwig (GER) followed by Crociani (ITA).
After first lap in the run Hellwig was leading but Batista with a great second lap left the German no space for the final result. Ricardo Batista (POR)  claims victory in Kitzbühel with the final time of 32:29 and is the 2021 new U23 European Champion.
In the women competition Olivia Mathias did a stunning swim, leading the group of athletes and followed immediately by Riasova (RUS) and Tertsch (GER) who didn’t want to leave any space to any possible breakaway from anyone. In the bike, differently from the men none wanted to risk too much because of the difficult uphills in the 4 laps course. So the final response was to take place in the run. First athlete to leave transition was Mathias (GBR) followed by Tertsch (GER) and in third Riasova (RUS). In the first run lap position were already decided, Riasova taking the lead of the race until the finish. Valentina Riasova (RUS) crossed the blue carpet winning the U23 European title in 35:26, silver medal for Olivia Mathias (GBR) in 35:43 and bronze for Lisa Tertsch (GER) in 35:44.
U23 men
U23 women