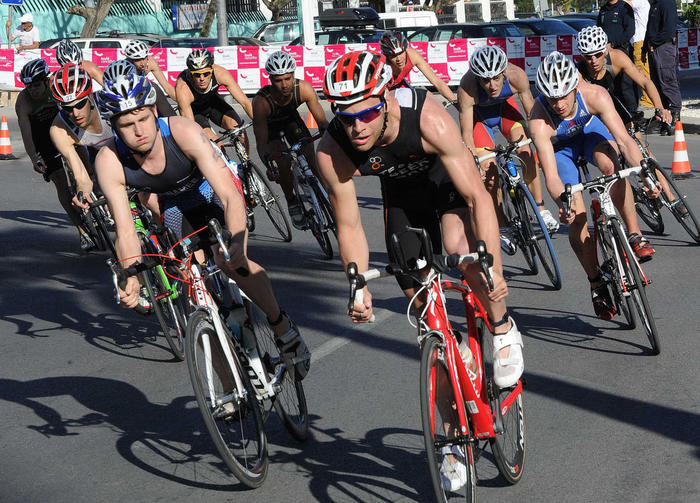 After an exciting Winter season, we are ready to go again and the coastal Portuguese resort of Quarteira is ready to open the European triathlon season  once again.

Quarteira has established itself as one of the staple venues on the circuit and this will be the 5th European Cup race in since 2009. Following the success of last year, Quarteira will also host a Junior European Cup race, meaning that over 150 athletes will open the next Olympic cycle over the course of the weekend.

Last year’s winner, Aurelien Raphael, opens his European season looking to defend the title he won so courageously a year ago – pipping his compatriot Pierre Le Corre by four seconds.

French athletes have enjoyed a lot of success in Quarteira - in 2011, it was Vincent Luis who led home Frederic Belaubre. If the French are to continue their domination Simon Viain may be one to watch – he finished 2nd in the Junior World final in Auckland and makes the step up to elite level here.

Danylo Sapunov (UKR) finished on top of the ETU European rankings for 2012 and will hope to get his 2013 campaign off to the perfect start – he finished a disappointing 17th last year but has a 3rd placed podium finish from 2011 under his belt. Sapunov’s protégé Yegor Martynenko didn’t quite live up to the hype in 2012 but he has all the attributes to make 2013 a big year.

Amongst the home athletes, Miguel Arraiolos has started 2013 well with two top ten finishes, including one podium, in Clermont and Sarasota. On both occasions he has finished ahead of Bruno Pais, but the experienced Pais finished 3rd here in 2009.

In the Women’s Elite race, British duo Lois Rosindale and Non Stanford both secured a top ten finish last year and will be difficult opponents.

Rebecca Robisch finished 2nd in 2011 and Maria Csesnik is another to perform well here in the past.

The one to watch is undoubtedly Estonian Kaidi Kivioja. She burst onto the junior scene last year with three podiums, including one victory, in three Junior European Cups. She went onto Auckland where she finished a credible 12th in the Grand Final. If she continues her remarkable progress expect big things in 2013.

In the Junior women’s race, Portugal enjoyed a one-two on home soil last year thanks to Melanie Santos and Luisa Condeco (pictured right). Both return for this year’s race and they will be strong favourites to repeat the result. The competition may come between the two as to who will take first place. 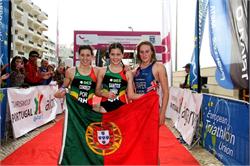 Ivana Kuriackova was another Junior who announced herself on the European stage with two victories inside a week last year, and she followed that up with victory in the Grand Final in Auckland. If she can maintain her form she will be a danger to the field.

In the Men’s Junior race, a lot of attention will be on Irishman Con Doherty. The youngster has a growing reputation in Ireland and he finally delivered on the International stage with 3rd place in the Junior Grand final in Auckland. This should give Doherty the breakthrough he needs at this level and this could be a big year for him.

Raphael Montoya (FRA) will be dangerous and Erwin Vanderplancke has secured podiums at this level before.

What is certain is that each athlete will be determined to begin their 2013 season in the best way possible.

The Portuguese Federation will have live timings of the race along with twitter updates and five cameras to produce a live feed.

The Live Feed and Timings can be viewed on raceday at the Portuguese Federation website www.federacao-triatlo.pt