If it wasn’t tough, it would not be a Challenge.

The swim finished and the athletes set off on their tough ride around the hinterland of Weymouth. For so many of the Age Groupers, they knew what to expect but for the visiting Elite and non-British athletes it was perhaps tougher than they expected.

The Technical Officials and motorcycle safety teams kept a close eye on the athletes and on the course and there were very, very few penalties issued for drafting. On such a tough course the athletes were spaced out well and despite the strongly gusting winds and the heavy rains that washed down debris onto the road, there were relatively few accidents, although many had to use their tyre-changing skills to get around the course. 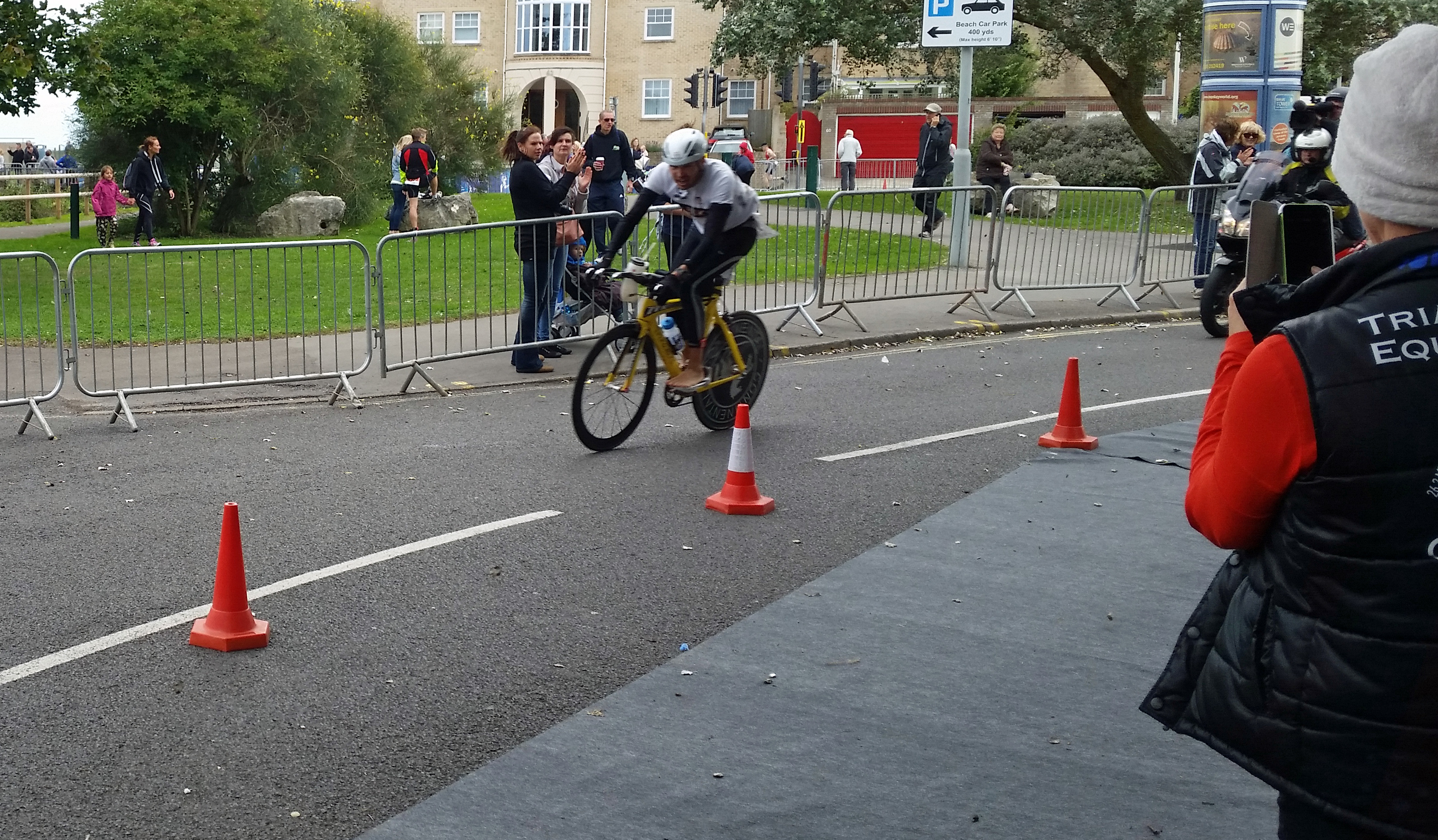 At the front end the elite were battling for position and to the delight of the ETU Executive Board representative, Krzysztof Piątkowski, it was two-times Olympian Marek Jaskółka POL who led them into T2. 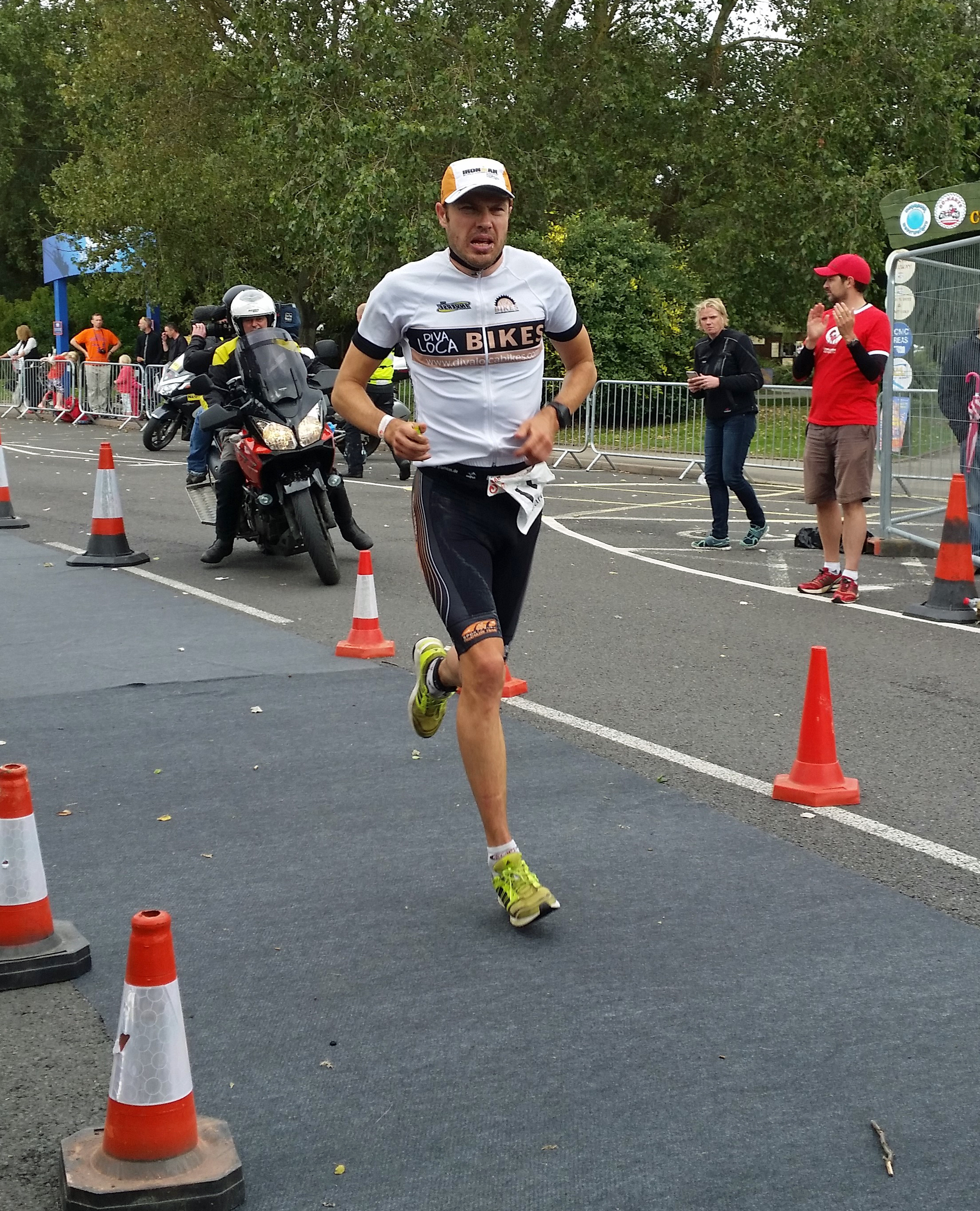 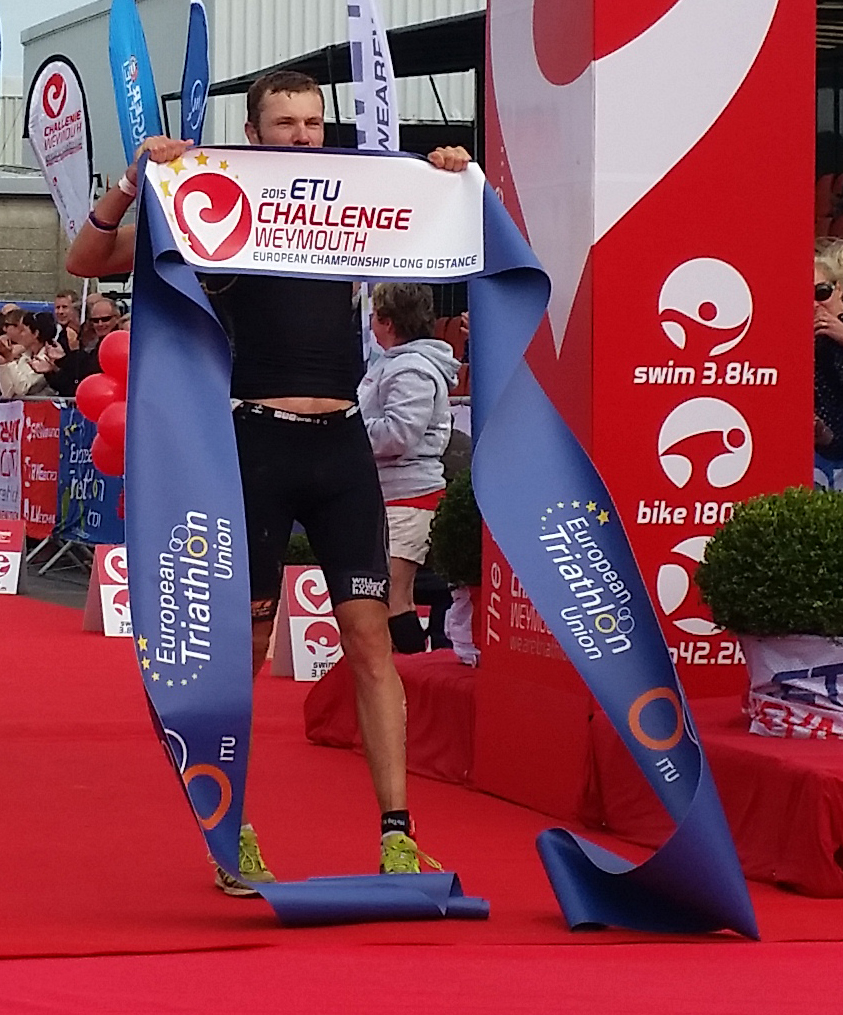 The other men could do nothing to catch him and despite the wind whipping into their face in one direction and hitting them full on in the back in the other, the Pole would make it all the way to the line and his winning time of 8:42:32 was more than enough to secure gold and a good pay day. 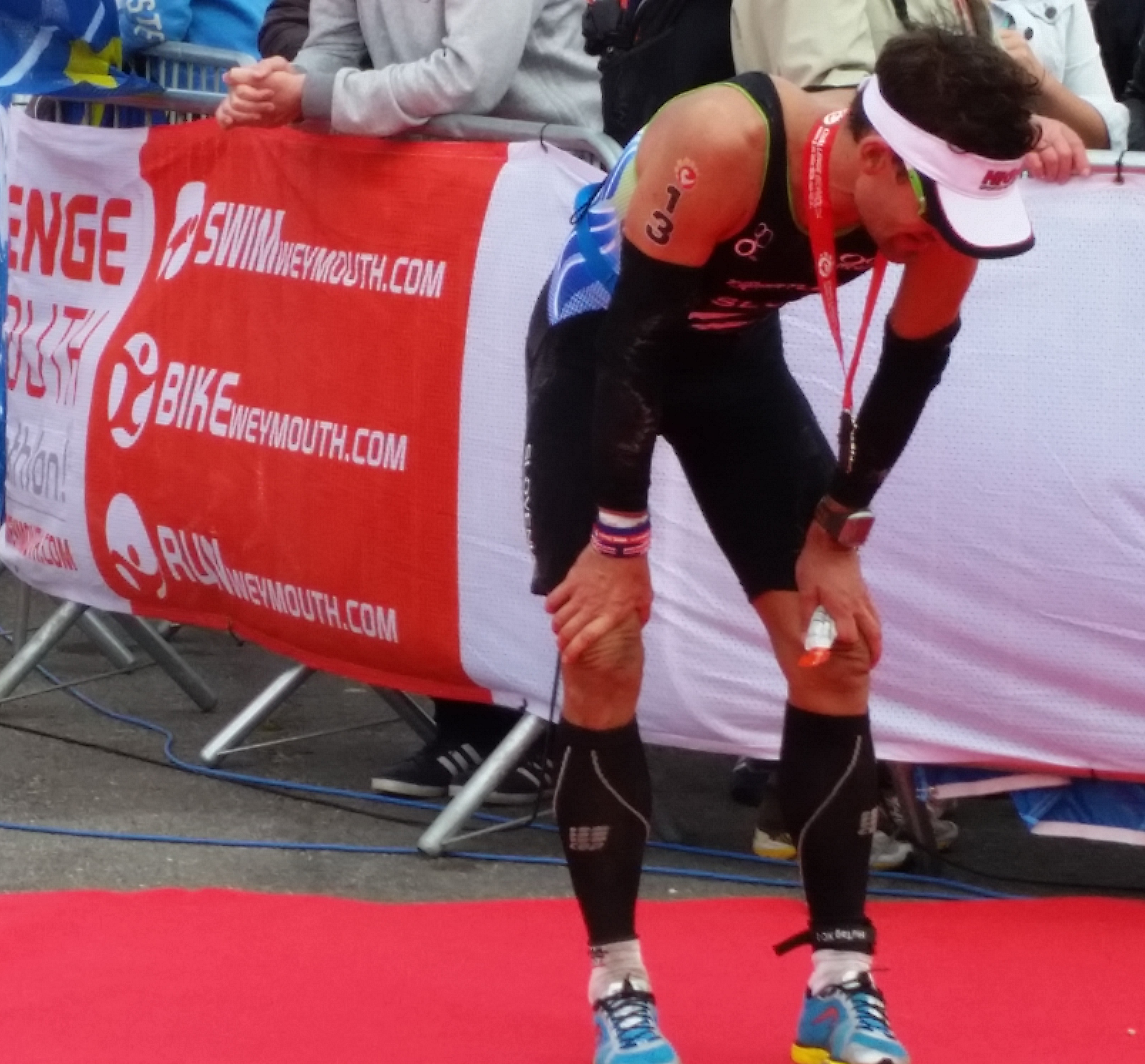 Behind him it was Slovenian Jaroslav Kovačič, who crossed the line in 8:45:51. 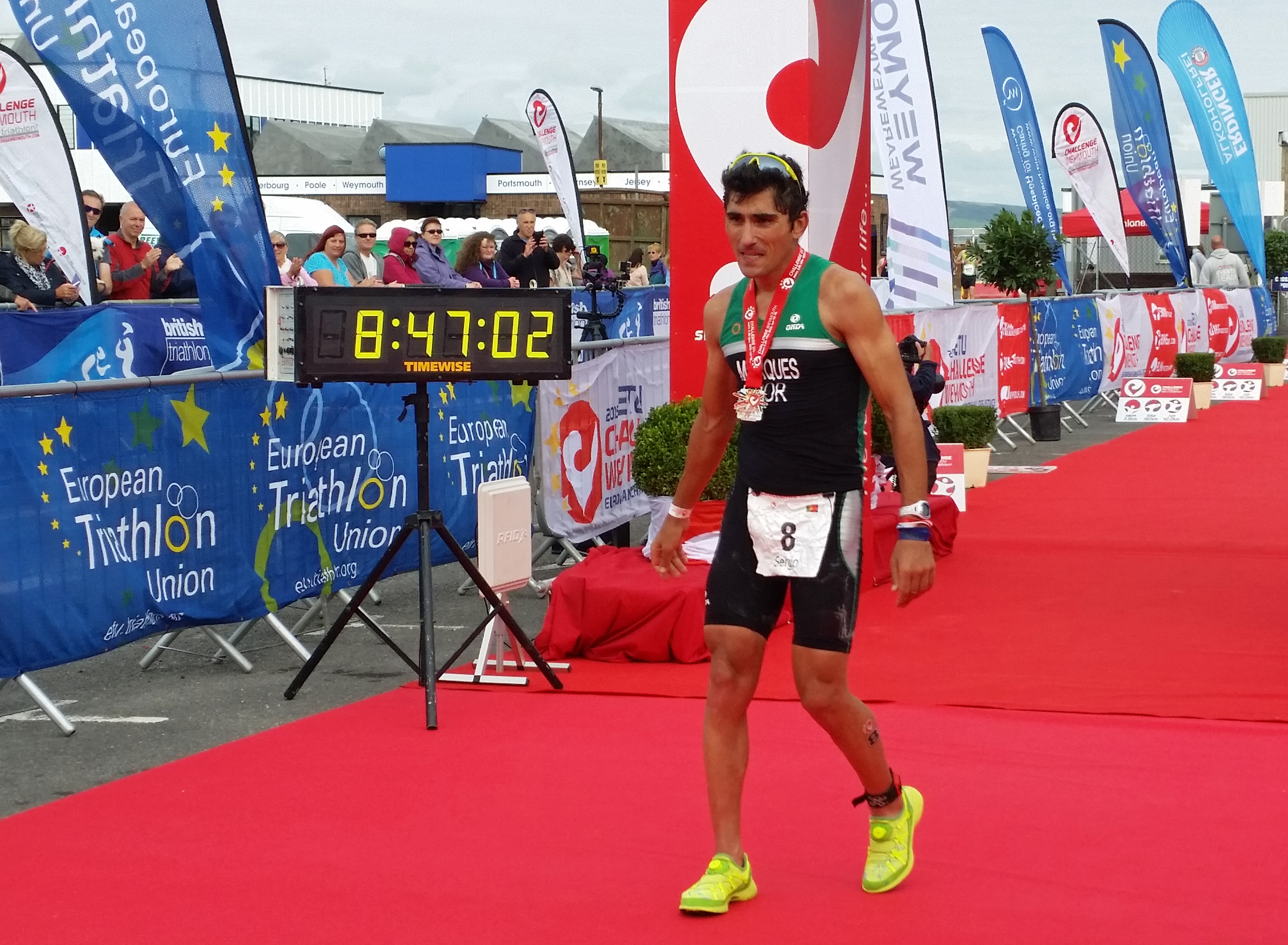 The crowds had just about enough time to fill their lungs to cheer for the bronze medallist and Portuguese long distance title holder for 2013 and 2014, Sérgio Marques. 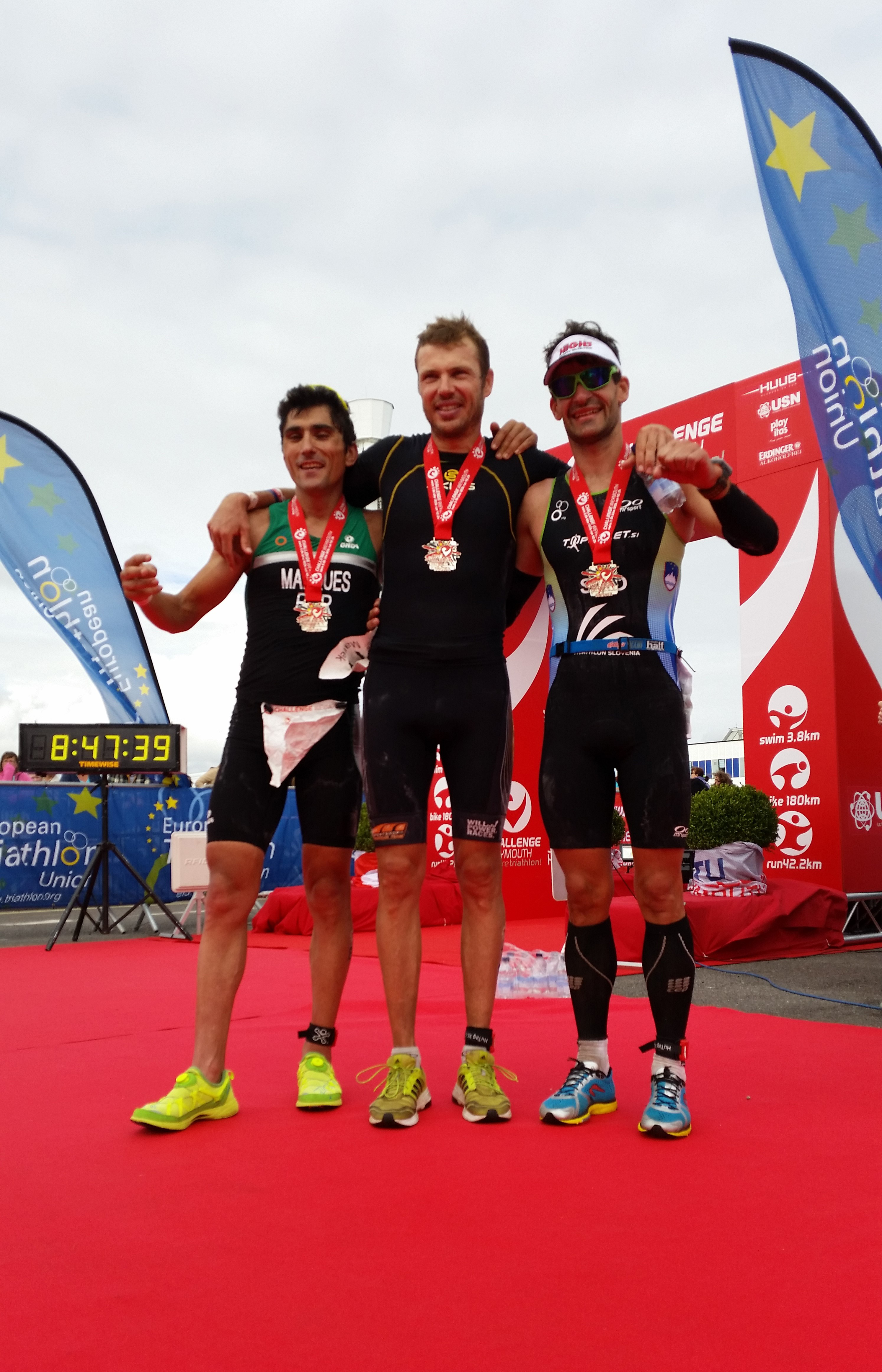 Amongst the women, the early lead of Eva Potúčková CZE over Kate Comber GBR and Alice Hector GBR soon changed. Hector dropped off the pace and eventually quit around the 100k mark. This allowed the 2013 Age Group silver medallist at the World Championships, Comber, to take the lead and come clean into T2. 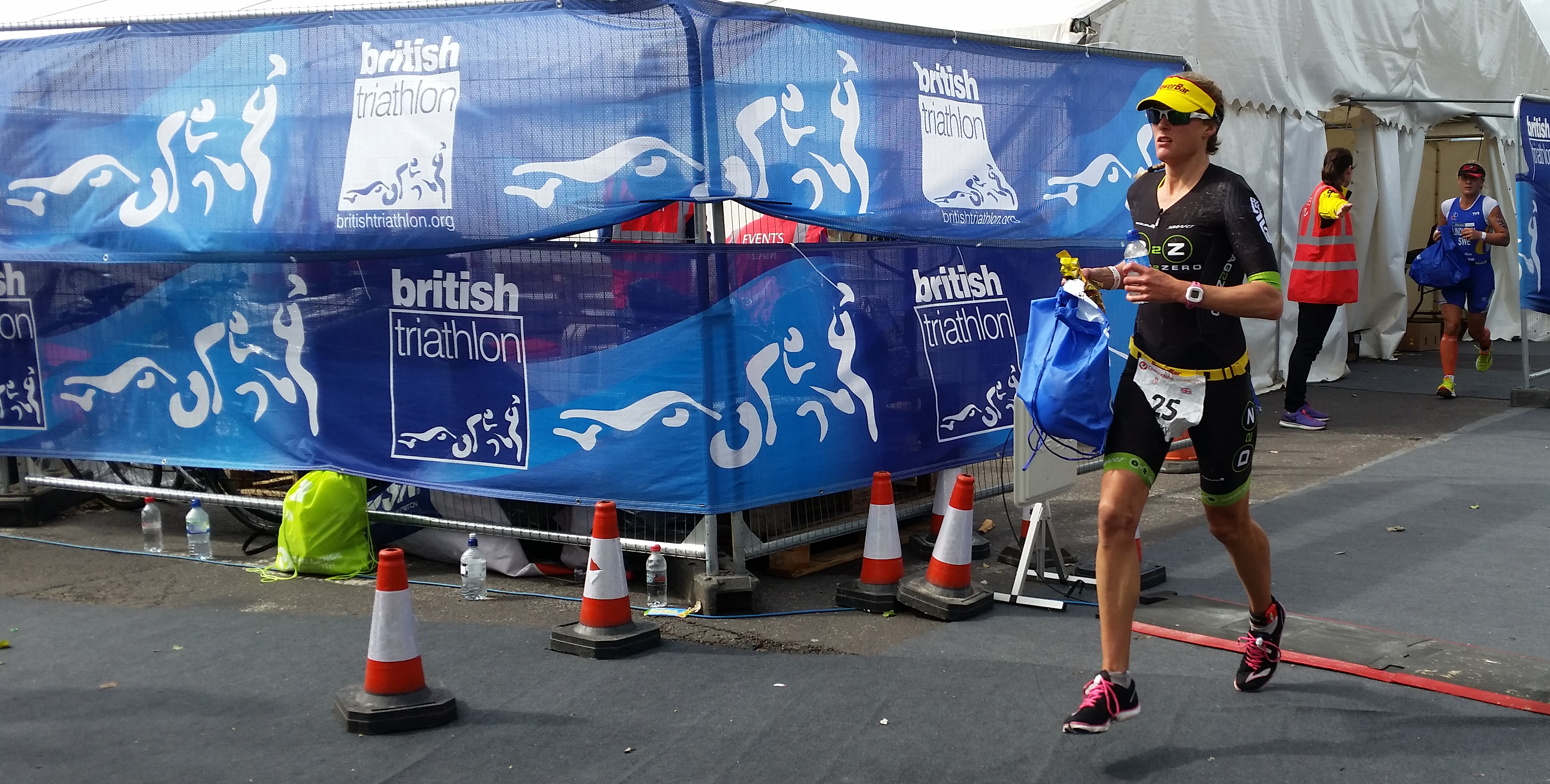 Behind her was British athlete Victoria Gill and the storming Swedish athlete, Camilla Lindholm. 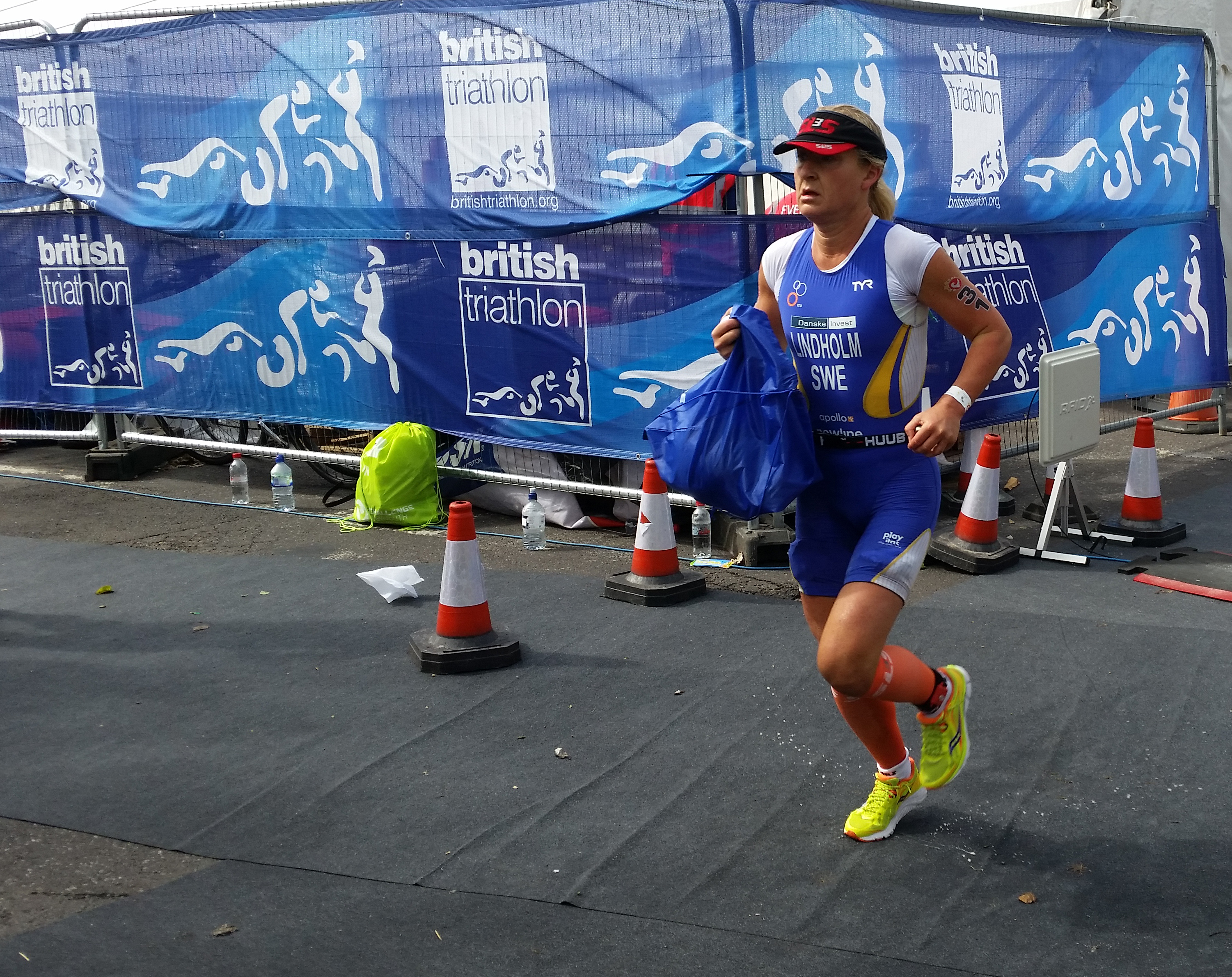 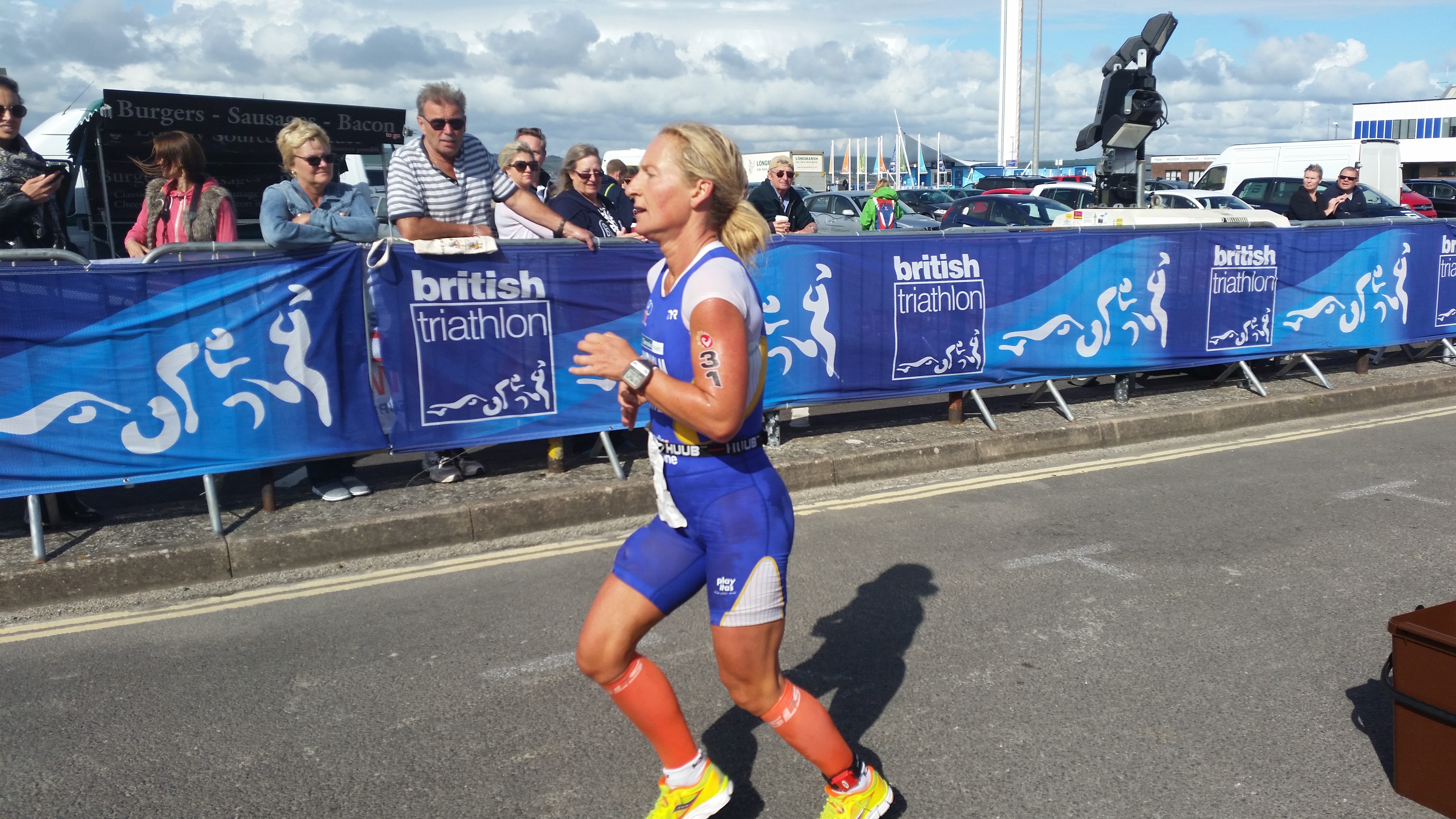 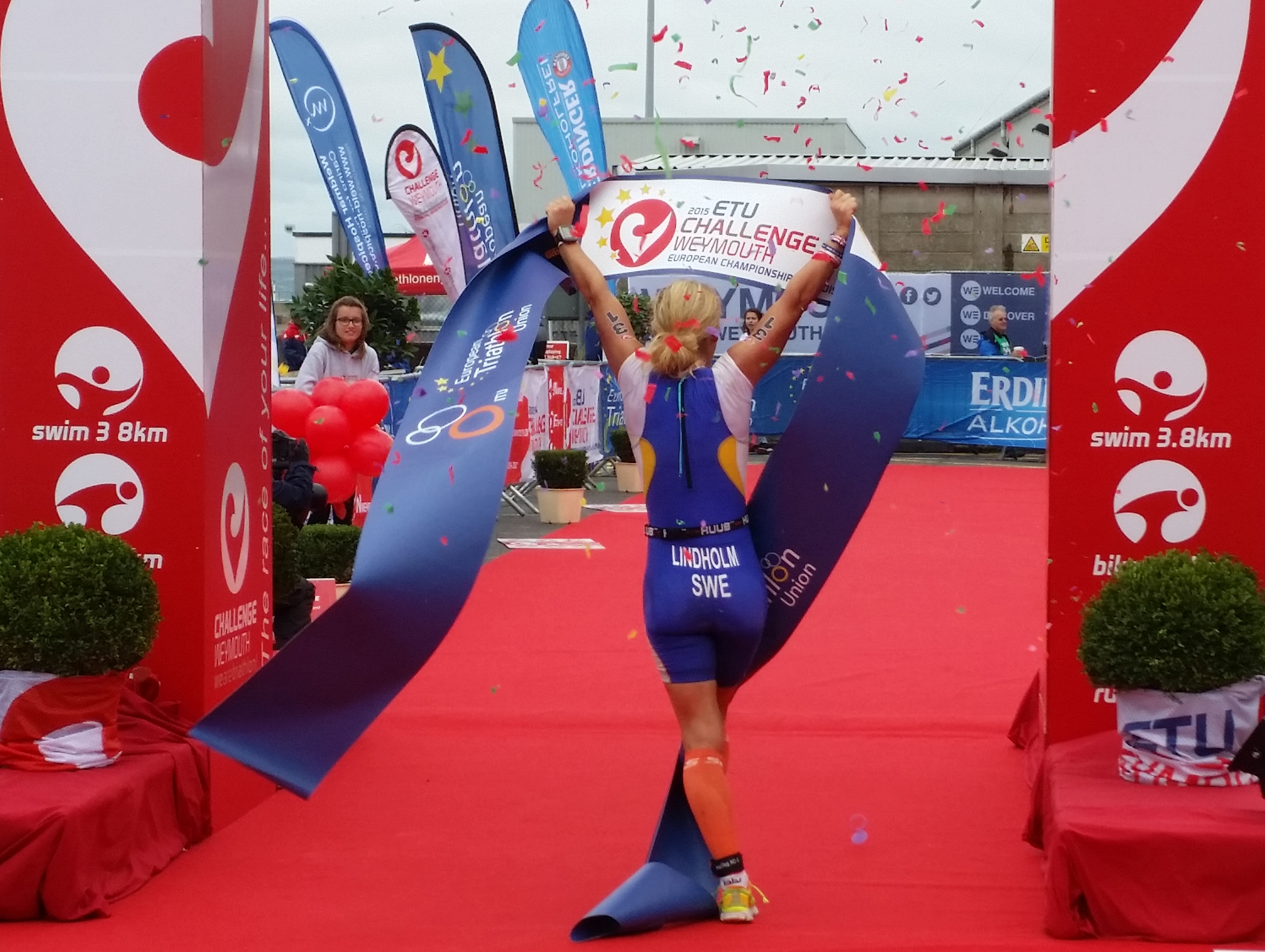 After winning and after she had finished dancing around the red carpet, she still had enough breath to tell the crowds, “I have always wanted to win a big race. This is it!” 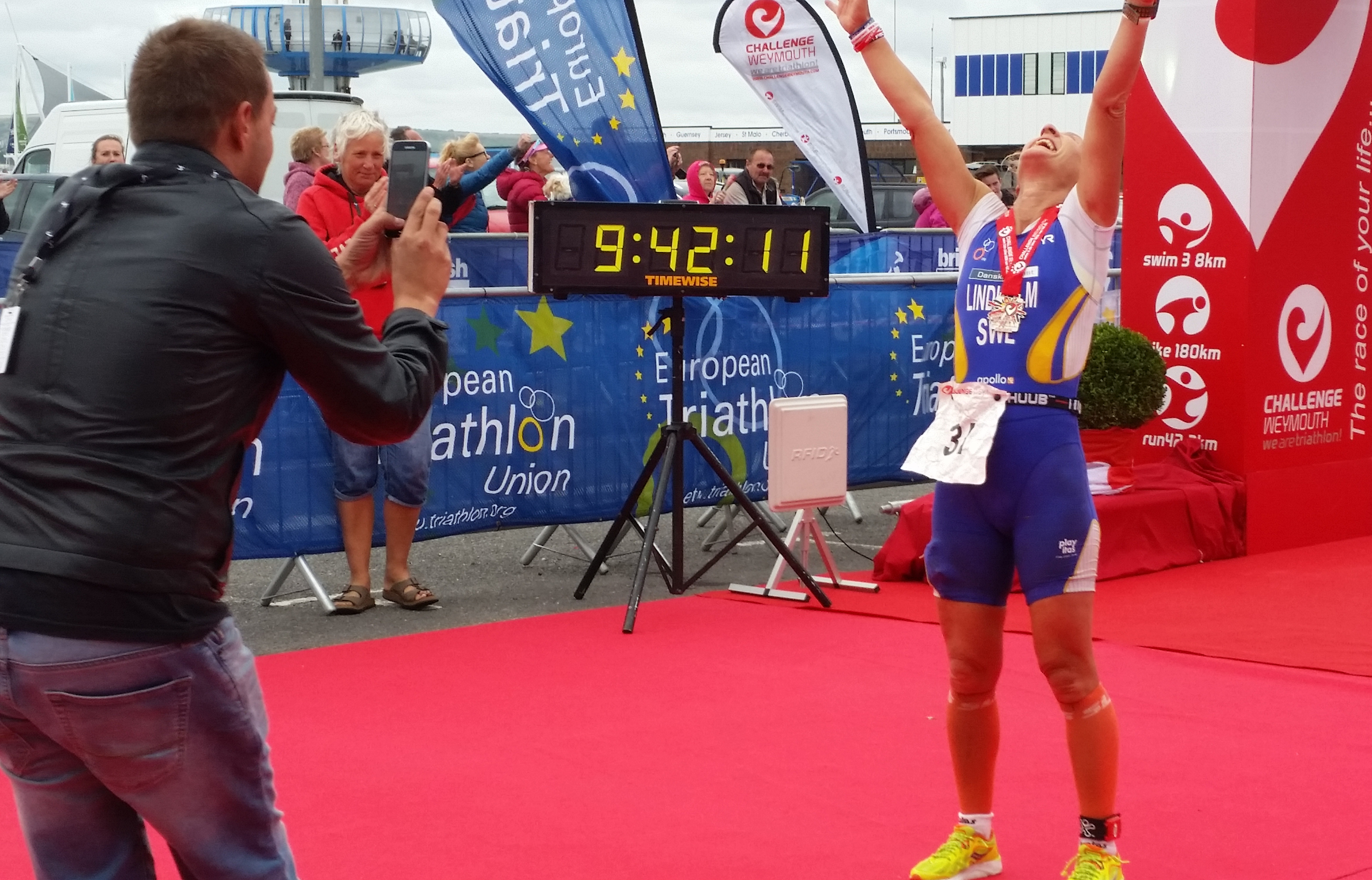 She had destroyed the field with a powerful performance and rightly takes the crown.

Behind her the battle was on between two closely-placed athletes and we will have to wait for the official results to be signed off before we can reveal which of the Pro athletes were racing for the Championships.

The results are not up yet but this is the official link.

Tomorrow will be the day for the Age Group athletes. They will celebrate at their medal ceremony and be presented with their medals.

There are some still out on the course. The wind and rain is making it an awful place to be. Brave souls indeed.