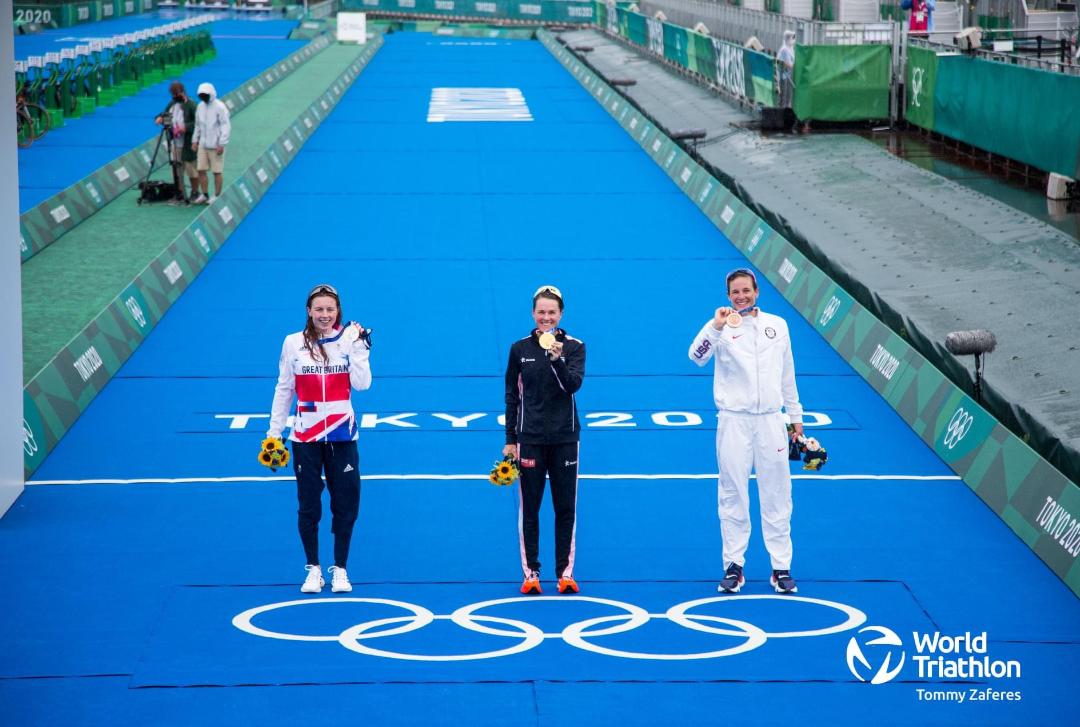 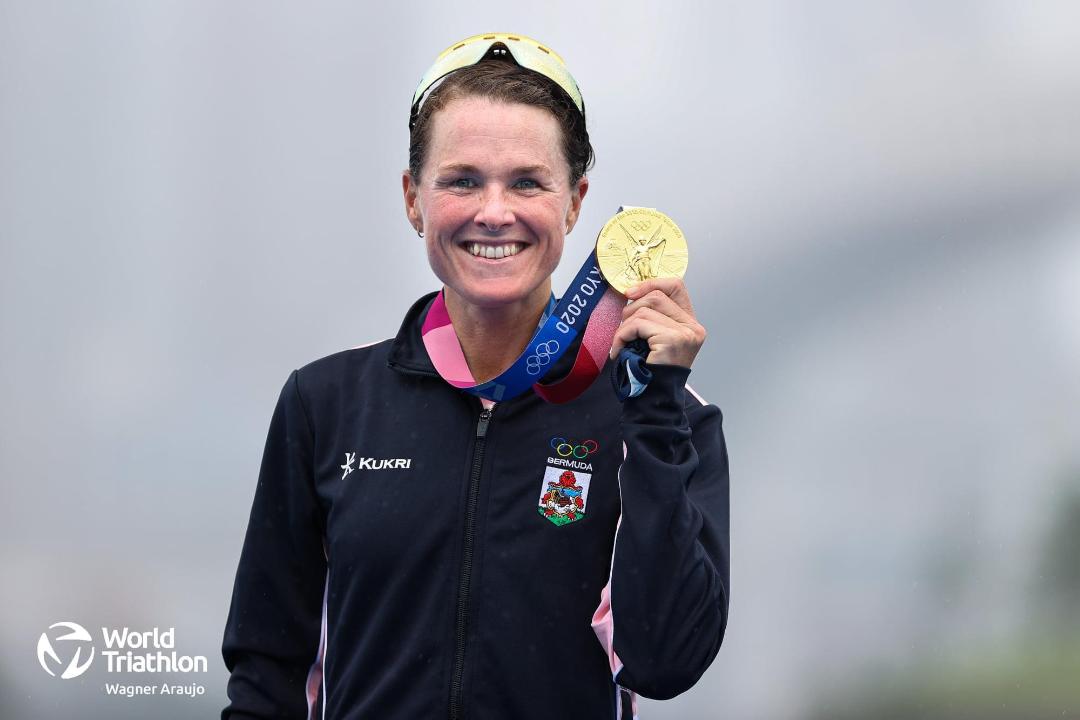 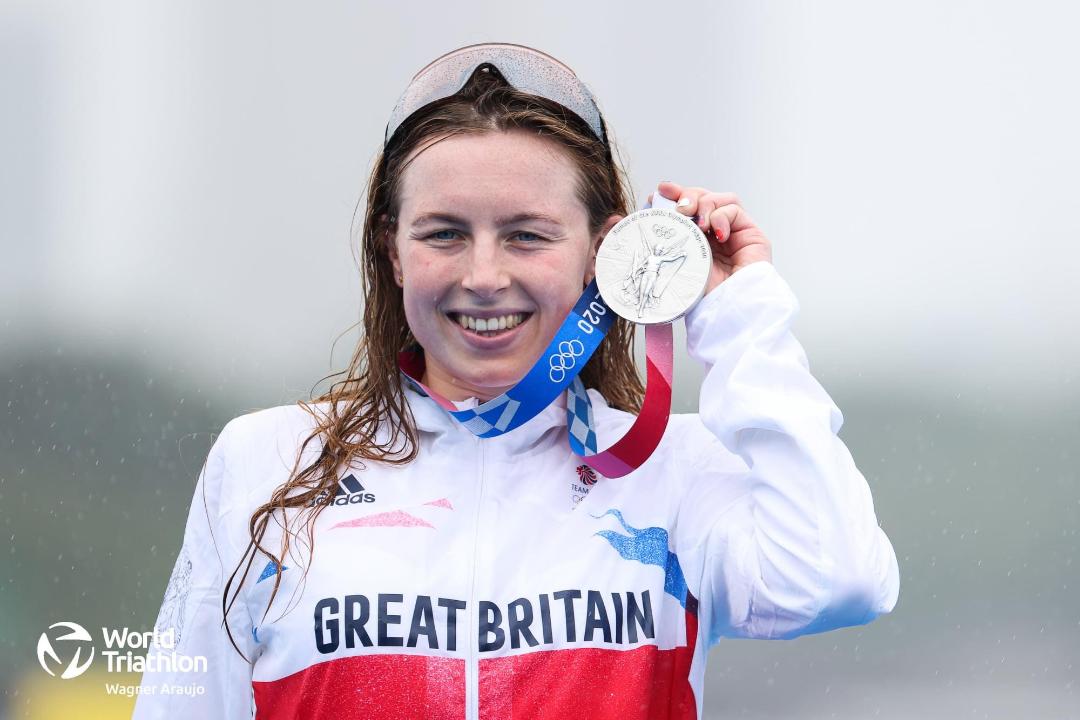 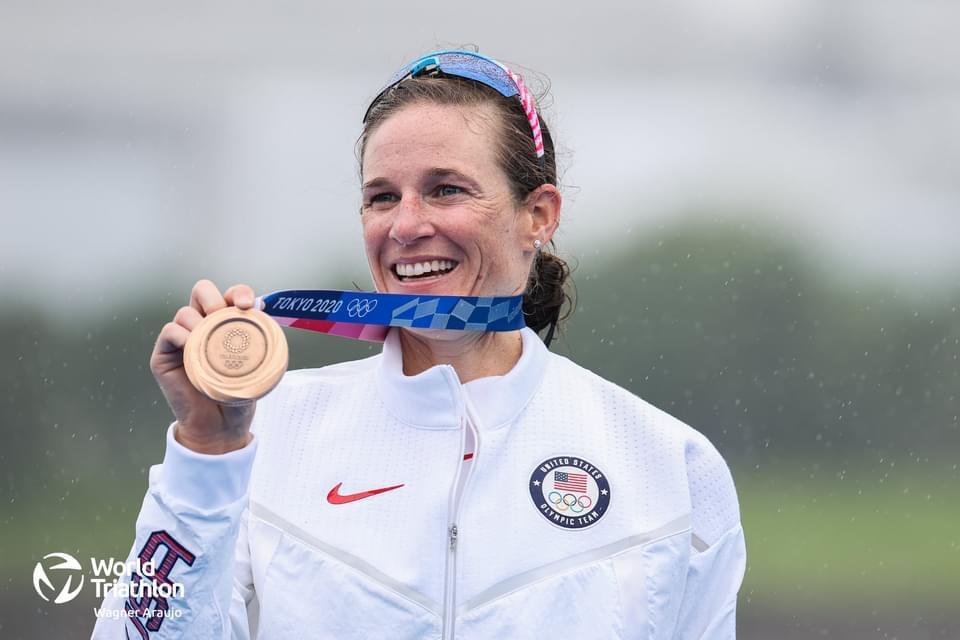 Tuesday morning in Odaiba Bay 54 women lined up on the pontoon to become Tokyo 2020 Olympic Champion. Heavey rain just before the race became just a drizzle and all had the pressures of the biggest race of their lives. After a five-year wait it was the time  to deliver something truly special. After a tough bike Duffy knew it was her moment to deliver something special to be written in the immortality of the Triathlon history. At the end with such and advantage she had the possibility to enjoy her glory with all the time possible. In second after surpassing Learmonth the wonderful silver was of Georgia Taylor-Brown and bronze for the American Katie Zaferes. 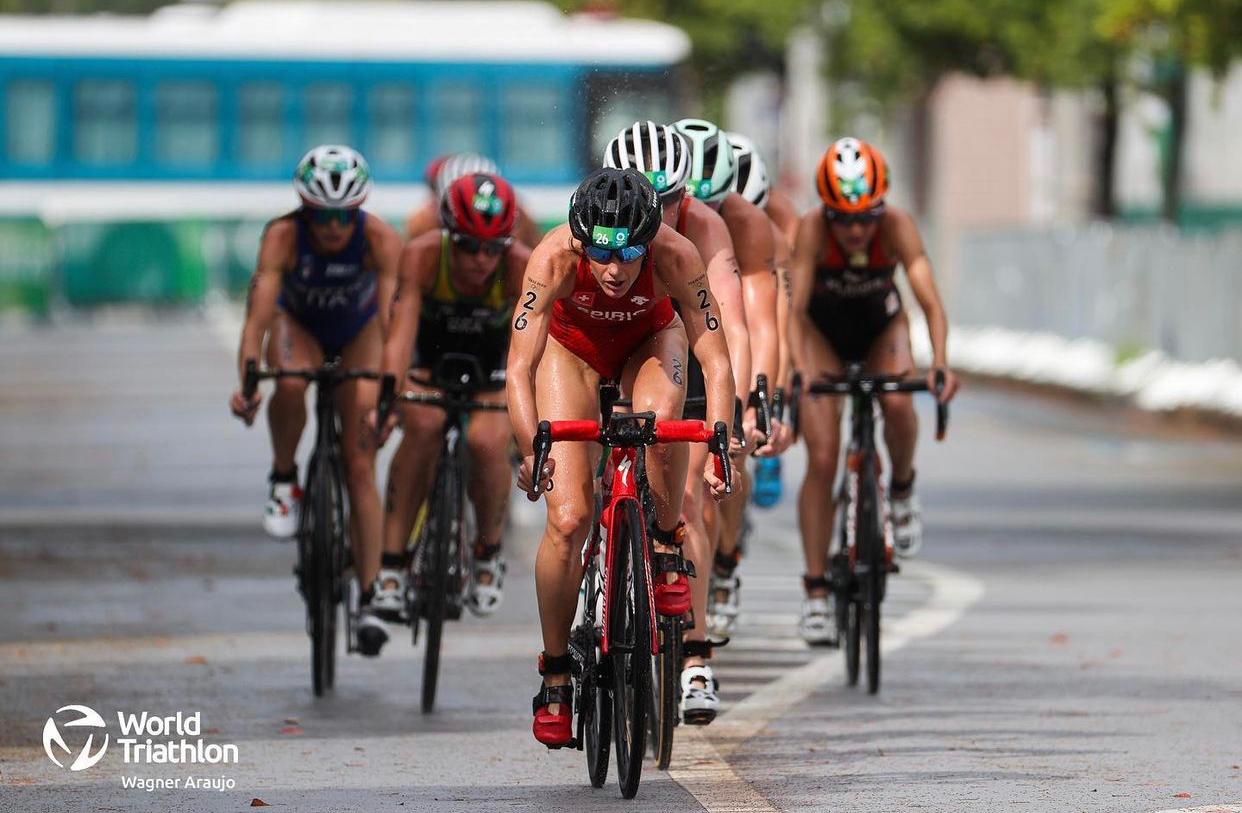 “To be an Olympic champion has been my dream since I was a little girl and did my first triathlon,” said Duffy to the post race interview to World Triathlon  “Going through my head, I guess was a bit of relief, coming into the Olympics as one of the favourites, there’s a lot of pressure and expectations. I guess I also knew that I was Bermuda’s first medal hope in many, many years and something I wanted to achieve for myself but also for my country. I was definitely overwhelmed, I didn’t know what to do, what to think. It was a really special moment.” 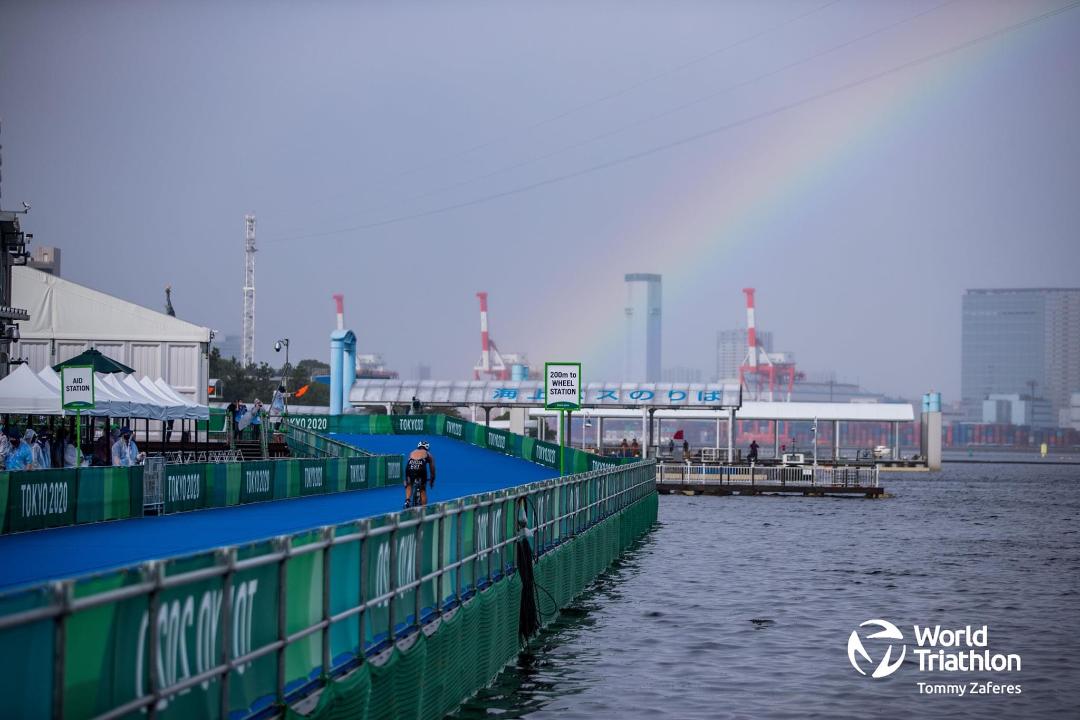 Exhausted in fourth place was Rachel Klamer after an excellent run saw her to the cusp of the podium places, followed by Leonie Periault. Nicola Spirig ran her way into sixth, Alice Betto of Italy edging past Laura Lindemann for seventh. Jess Learmonth and Valerie Barthelemy rounded out the Tokyo 2020 Olympic top 10. 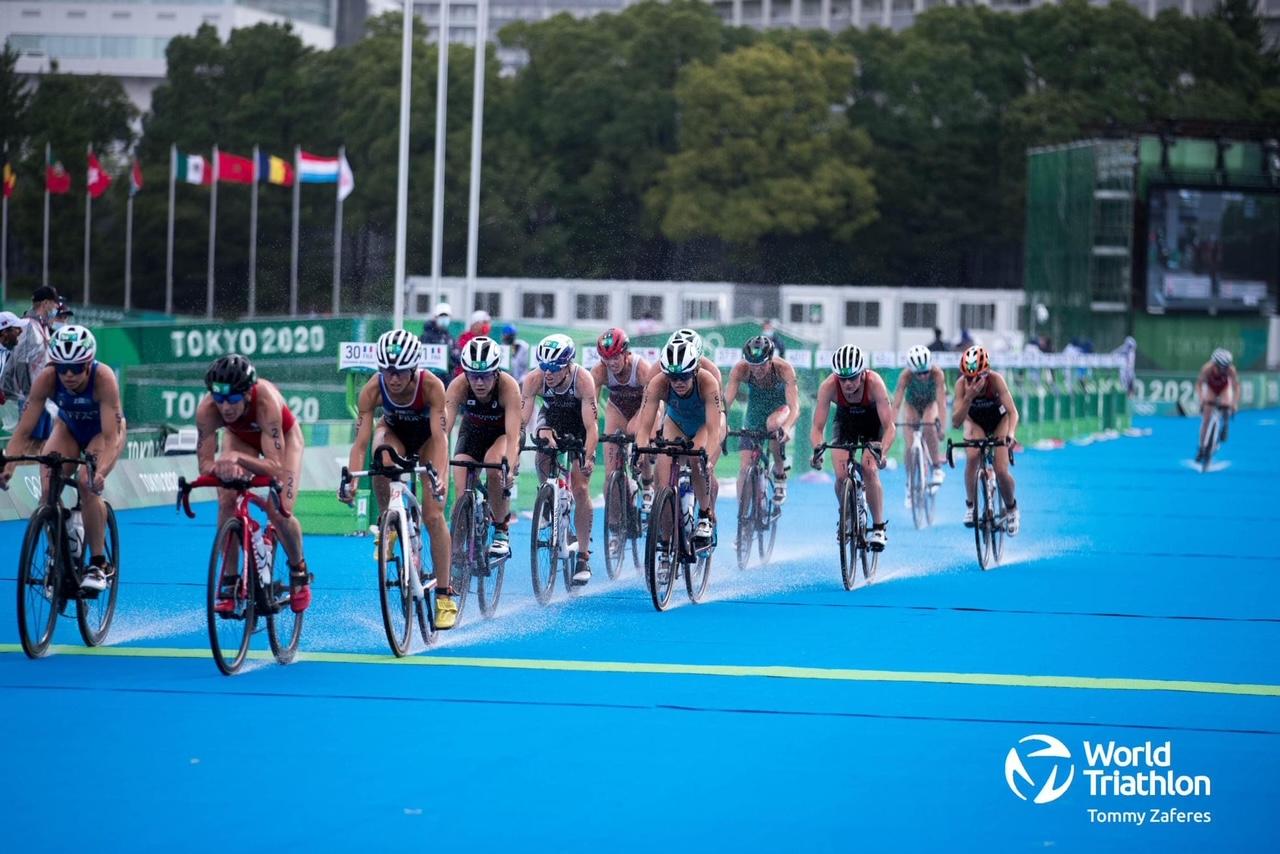 “The puncture wasn’t ideal, I heard it literally blow with about 2km to go when we were coming out of the park” said Georgia Taylor-Brown to the post interview to World Triathlon  “I thought it was my brakes but then the next thing my wheel got very bumpy. I was right near a wheel station but decided not to stop because I would have lost more time. So I just rode on the flat. I managed to get back on the girls on the straight, going under the bridge, but then it was the corners, I couldn’t do it. I did panic, that’s the whole race I have been in front and I have lost it with a few kilometres to go on the bike. I just had to keep my cool, not rush through transition, try and get everything right. I definitely went out quite hard on the first lap of the run but I think it paid off because I got back in the race and it made me me more aggressive to be back in the race and not fighting from the back.” 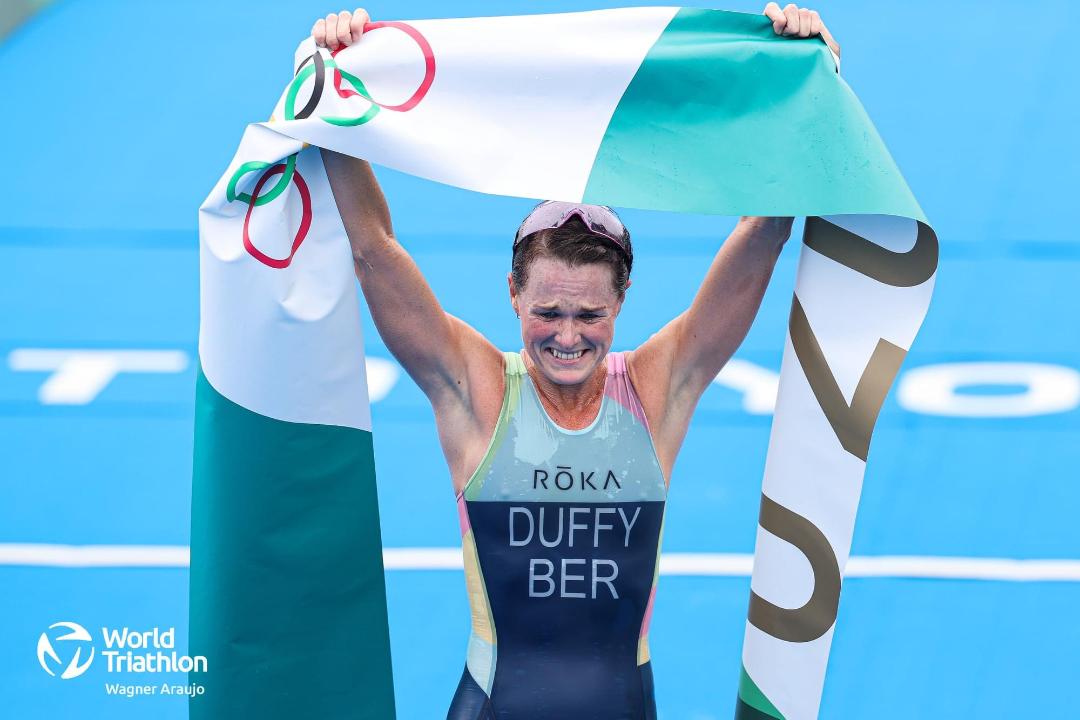 “I knew if had six weeks of hard training I could get myself into a good spot,” said Katie Zaferes to the post interview to World Triathlon. My dad passed away in April and I had two really rough races so to have the confidence to execute that today, and to be on the podium today makes me so proud.”

The President Renato Bertrandi after the races said: “We have witnessed 2 days of Triathlon races at the Tokyo Olympics. Both races have been full of suspense with completely different weather conditions and drama. Great respect for all the Triathletes that qualified and made the start from the pontoon. Congratulations to all and a special mention for our European NFs that, in the male and female races, who were so successful in gaining places of a fantastic 8 Athletes in the first 10. Due to the current situation, as you know, I watched the races on TV ( Eurosport ). The production was good, however we still have much potential for improvement to make the events more attractive and accessible to a wider audience of our spectacular sport.

Cannot wait for the Team Mixed Relay battle for the medal!”. 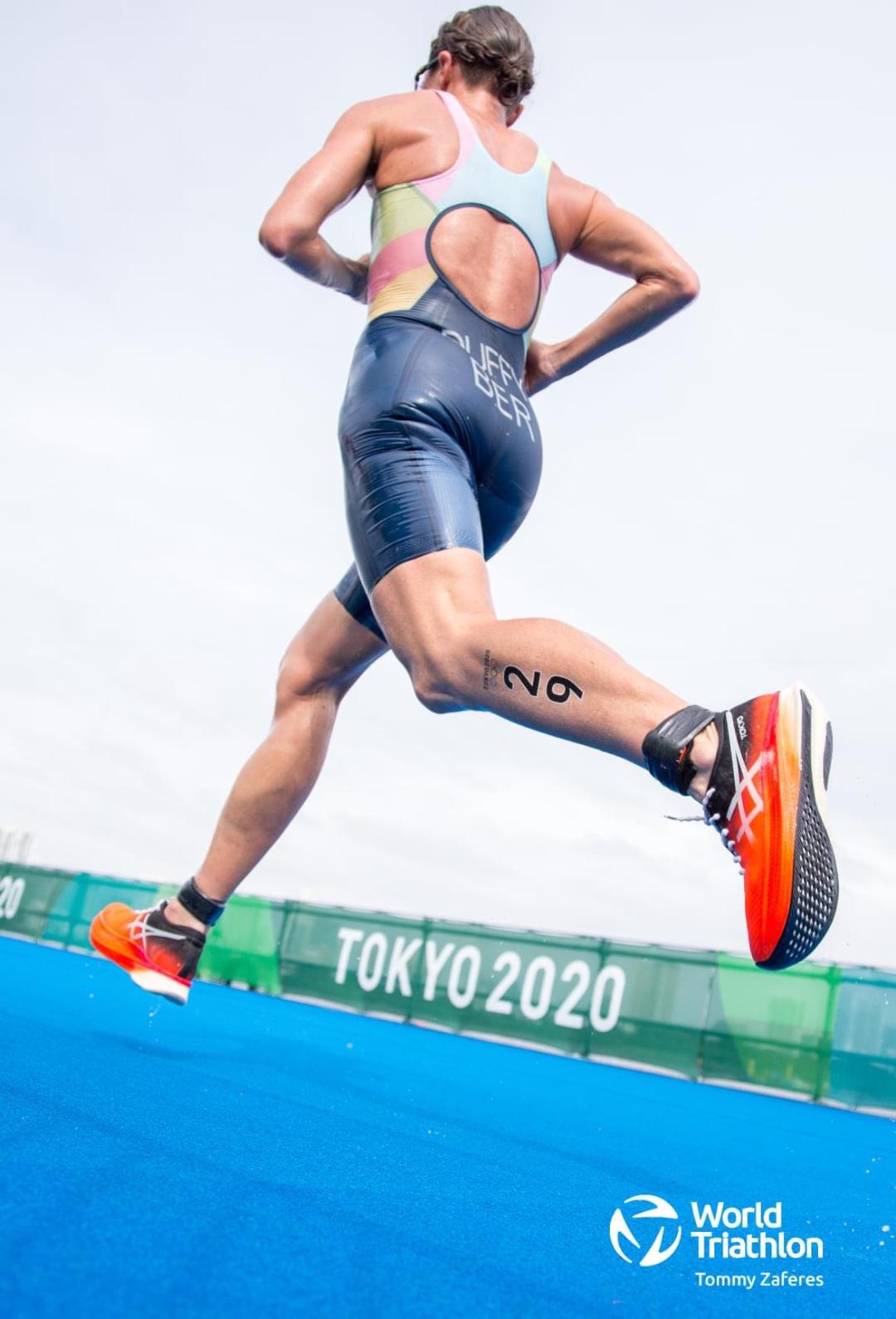