This year, the national federations of Europe made their way to the capital of Belarus for the annual Presidents’ Conference and Awards Gala. 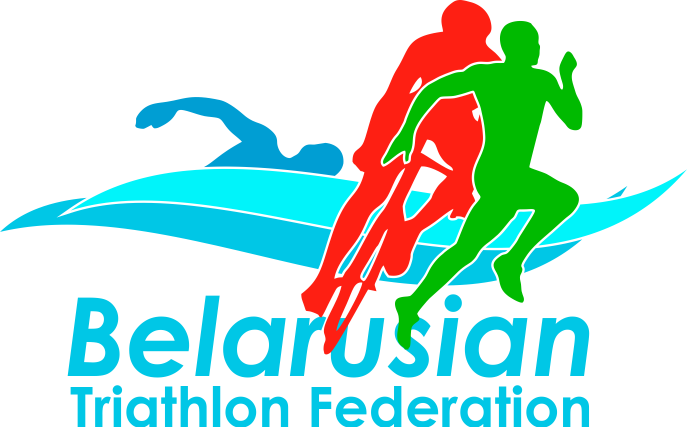 The weekend, hosted by the Belarus Triathlon Federation, saw delegates welcomed by the President, Andrei Silivonchyk and the CEO, Maryia Charkouskaya-Tarasevich. It was of course a great advantage that the CEO is also an Executive Board Member of ETU and a qualified Technical Official. In no time at all, everyone felt quite at home and ready for a busy weekend of work.

The Friday saw a series of development meetings, from early morning through to the early evening. A trip to the city for some, watching the Junior World Cup speed skating for some, a run for others. 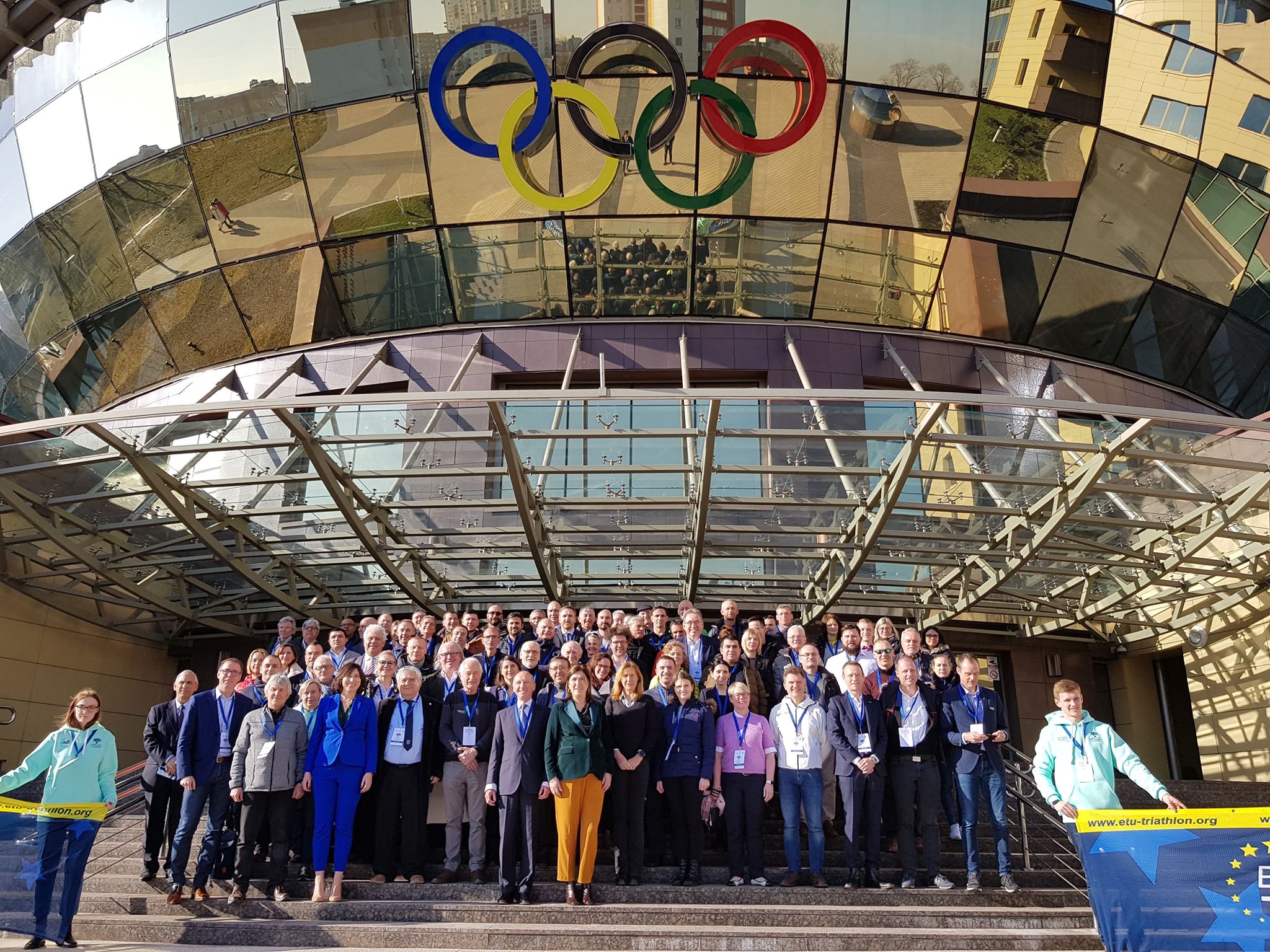 Saturday was a whole day of presentations, round-table discussions and of course, the all-important networking gave everyone an appetite for the Gala Dinner that was held at the nearby Marriott Hotel and it was here that the much-anticipated words, “And the winner is ...” were heard.

Our guest speakers; Pilar Hidalgo Iglesias, from Spain and with an Olympic background and Natallia Barkun, Belarus’ own ETU Long Distance triathlon champion, from her 2008 Gerardmer victory, provided us with personal accounts of their racing days. 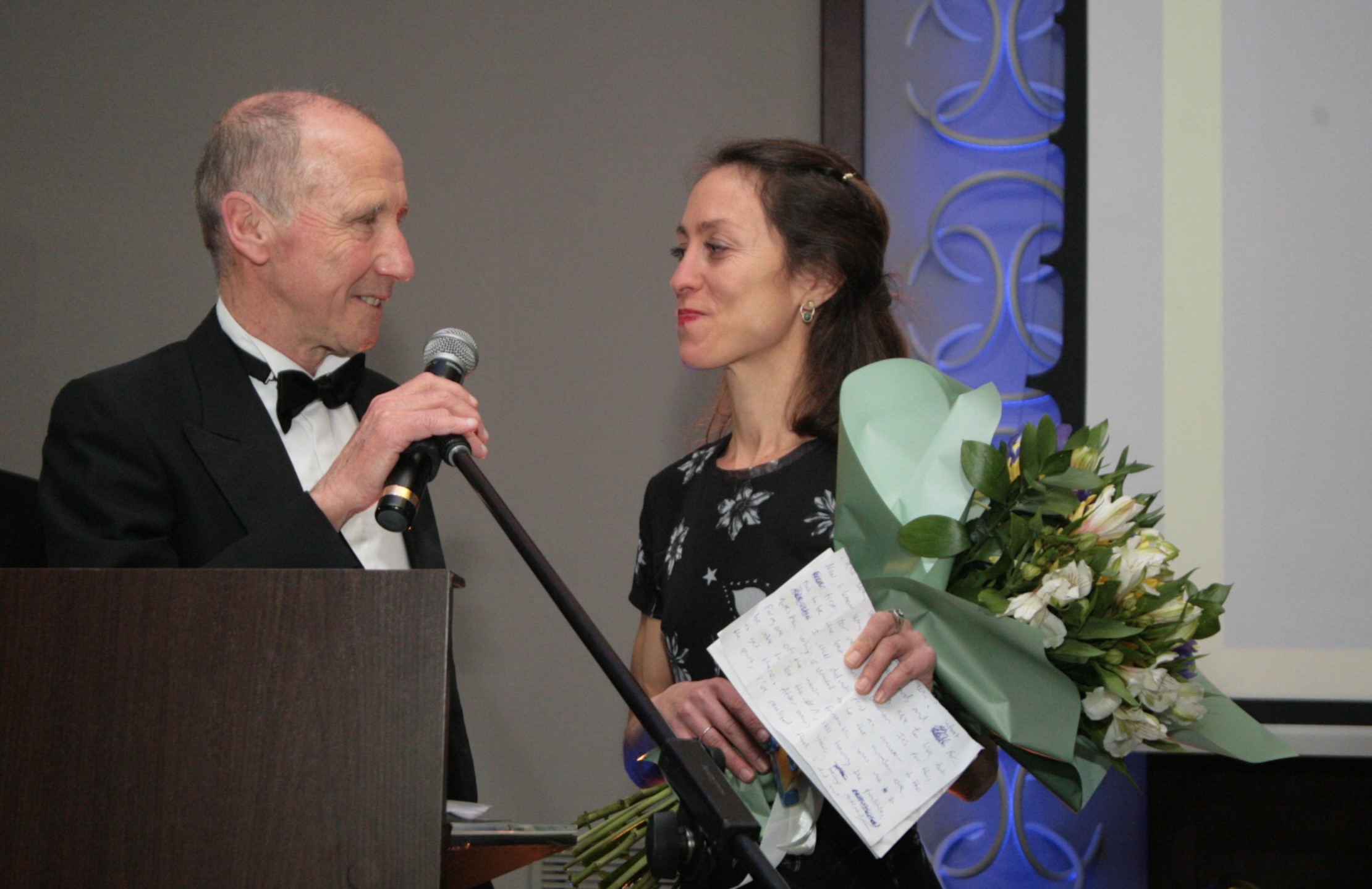 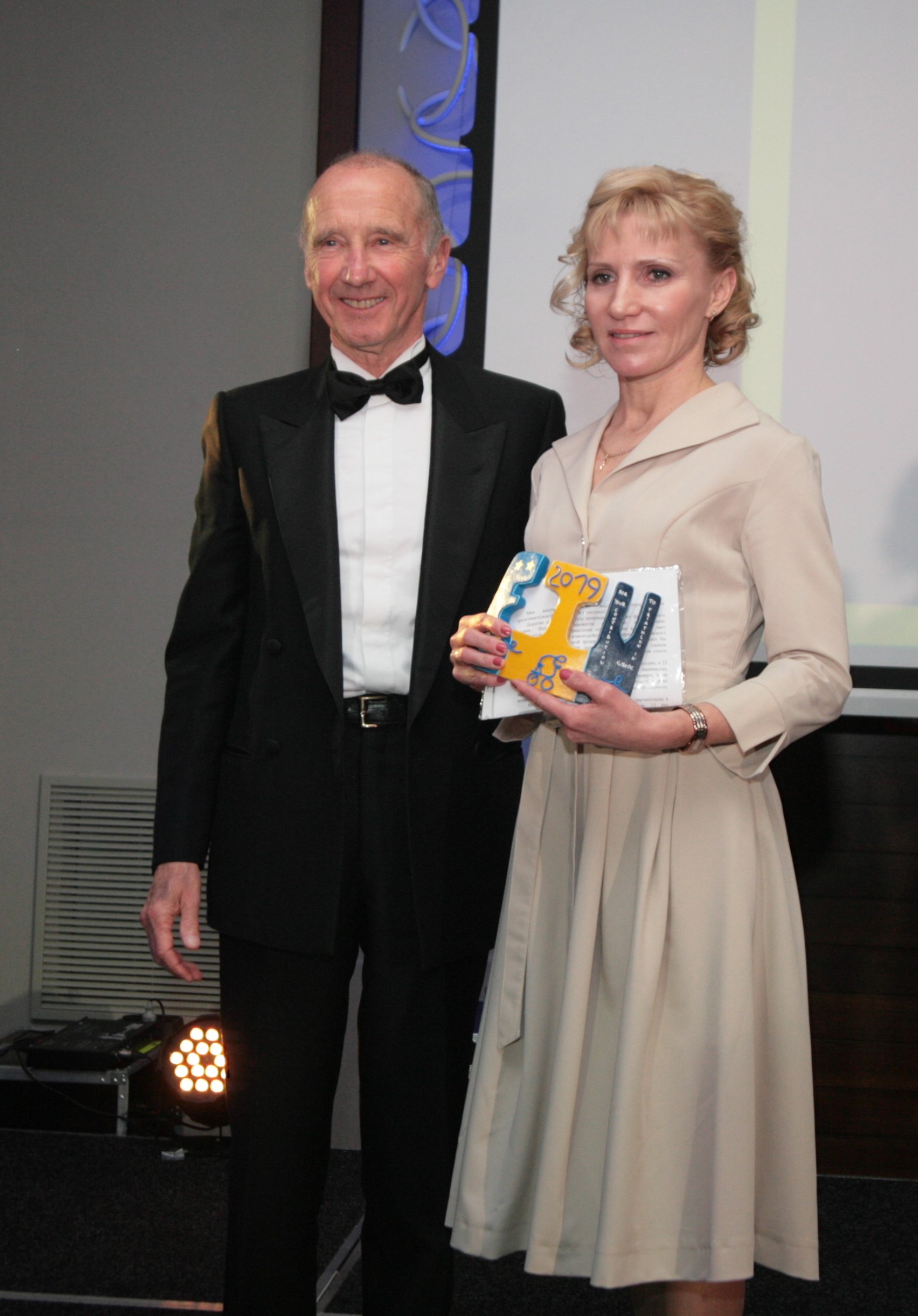 We were treated to a short but fascinating historical journey through the ETU archives by Kris Piątkowski, our longest-serving member. With photos dating back to the foundation of ETU, he led us on a trip down memory lane and even surprised the President, with a photo from over 40 years ago, when a young Renato Bertrandi drove overland to India. Kris is collecting additional images and documents from anyone who has anything triathlon-related that dates from the 80’s and early 90’s. Please contact ETU HQ if you have anything you can share with him. 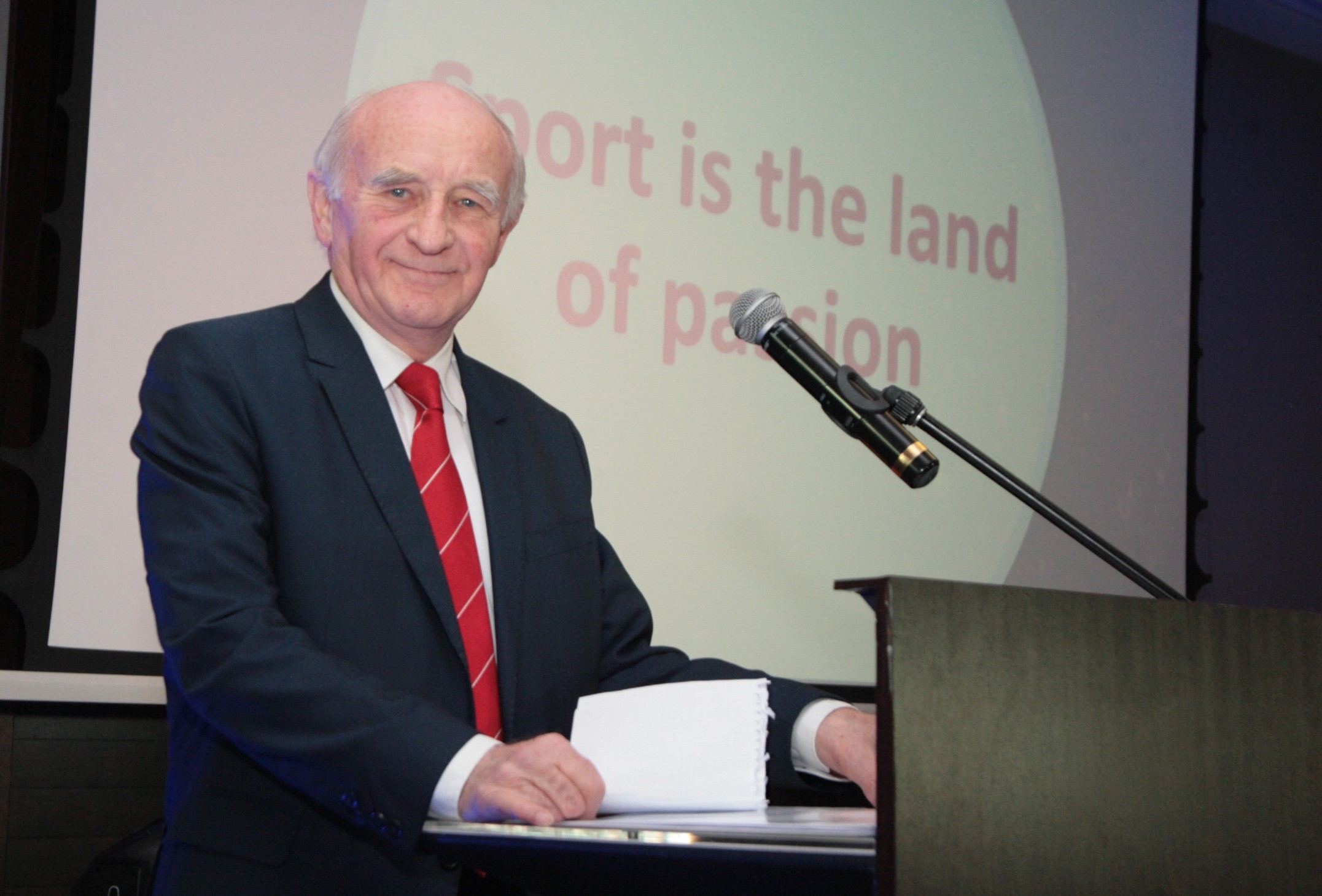 This year saw the very first ETU Innovation Award being presented to a young, dynamic team of students from Loughborough University. Having identified that with every race there was an unacceptable waste of rubber bands (used to hold the shoes in position for T1) they had calculated that over the course of a year, the threat to the environment was an unsustainable one.

The solution, an environmentally-friendly, lightweight, re-useable device that could be adjusted to suit each athletes’ preference, is a truly “outside the box” bit of thinking with great international potential. With one of the students, 2014 YOG Olympic Champion, Ben Dijkstra, set to use the device in the 2020 season, we can expect this to be the “must have” piece of kit for all athletes concerned about the environment and wanting speedy, efficient transitions in T1. 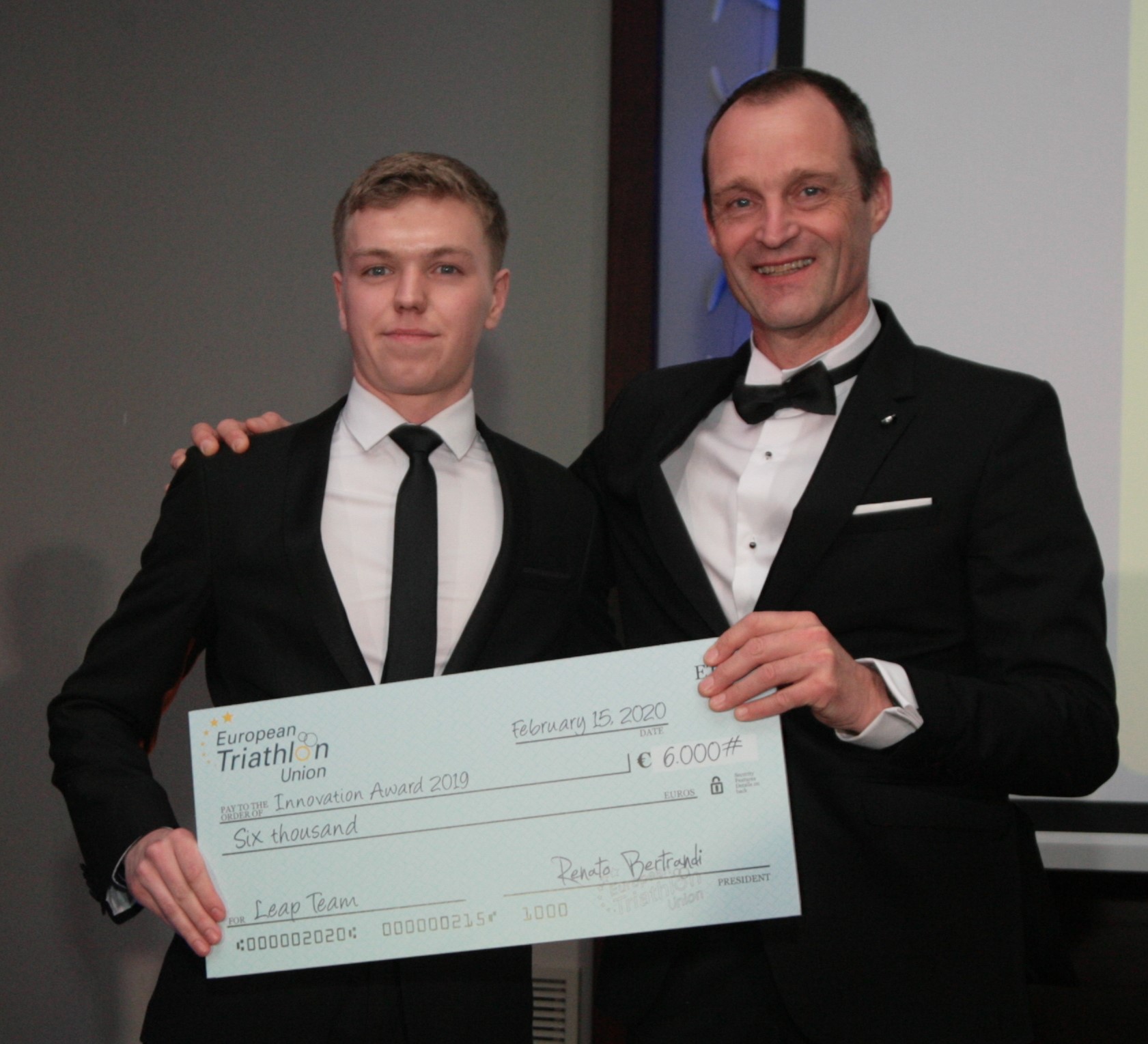 The award, with a cheque for €6,000 was collected by Ross Archer on behalf of the team.

As in previous years, our compère was Tri247’s John Levinson. A walking encyclopedia of triathlon data and regular commentator at the very top races in the UK and abroad, he has been in charge of the “Oscar Moment” at the Gala Dinners now since the concept began in Paris in 2016. 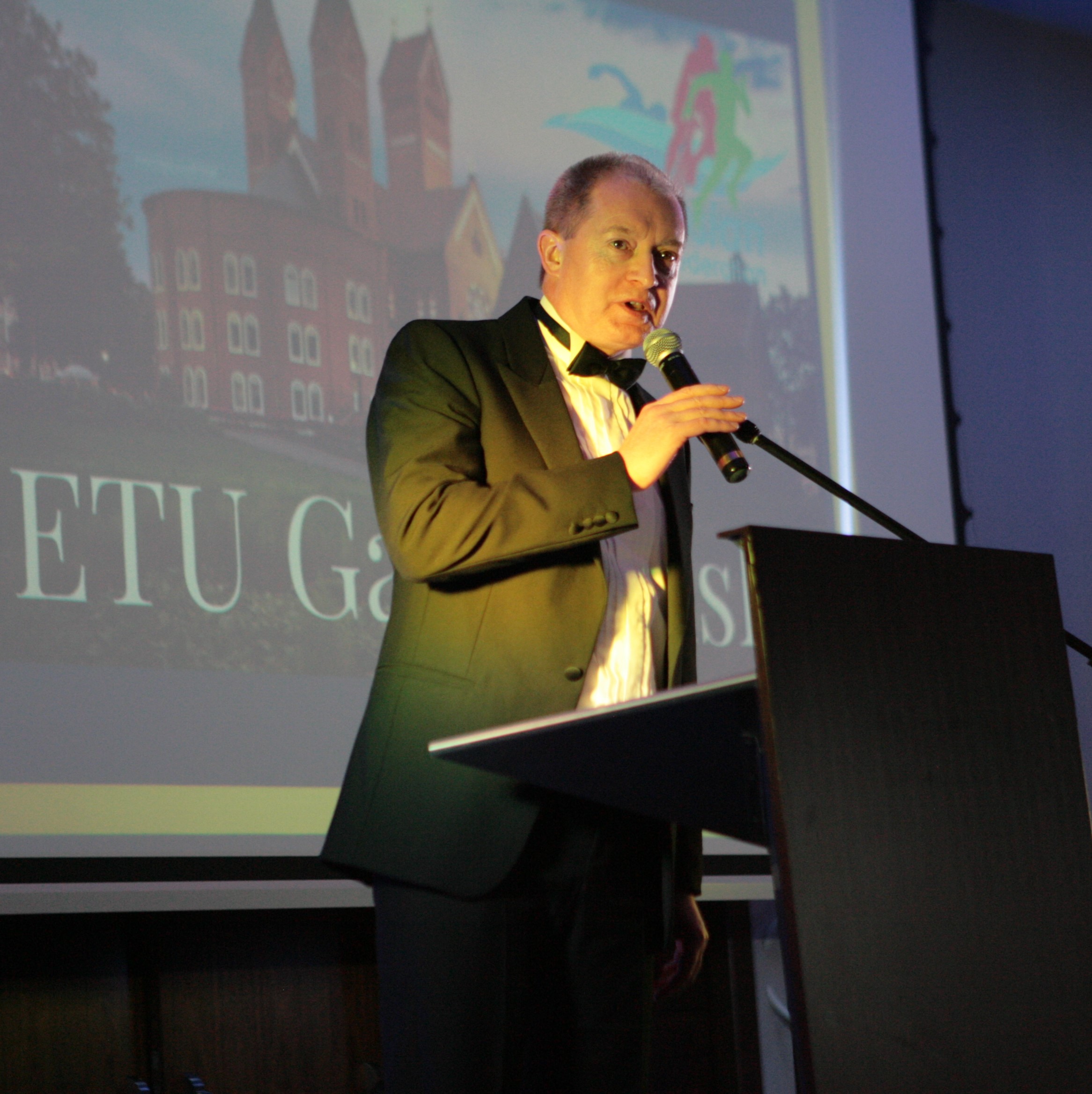 He built up the anticipation for the next award; the Emerging National Federation.

With the 2020 Standard Distance Triathlon European Championships taking place in Tartu, it was with great delight that Margus Lepik, Estonian Triathlon Association President accepted the award and sent out an early-season welcome. See you all there in July! 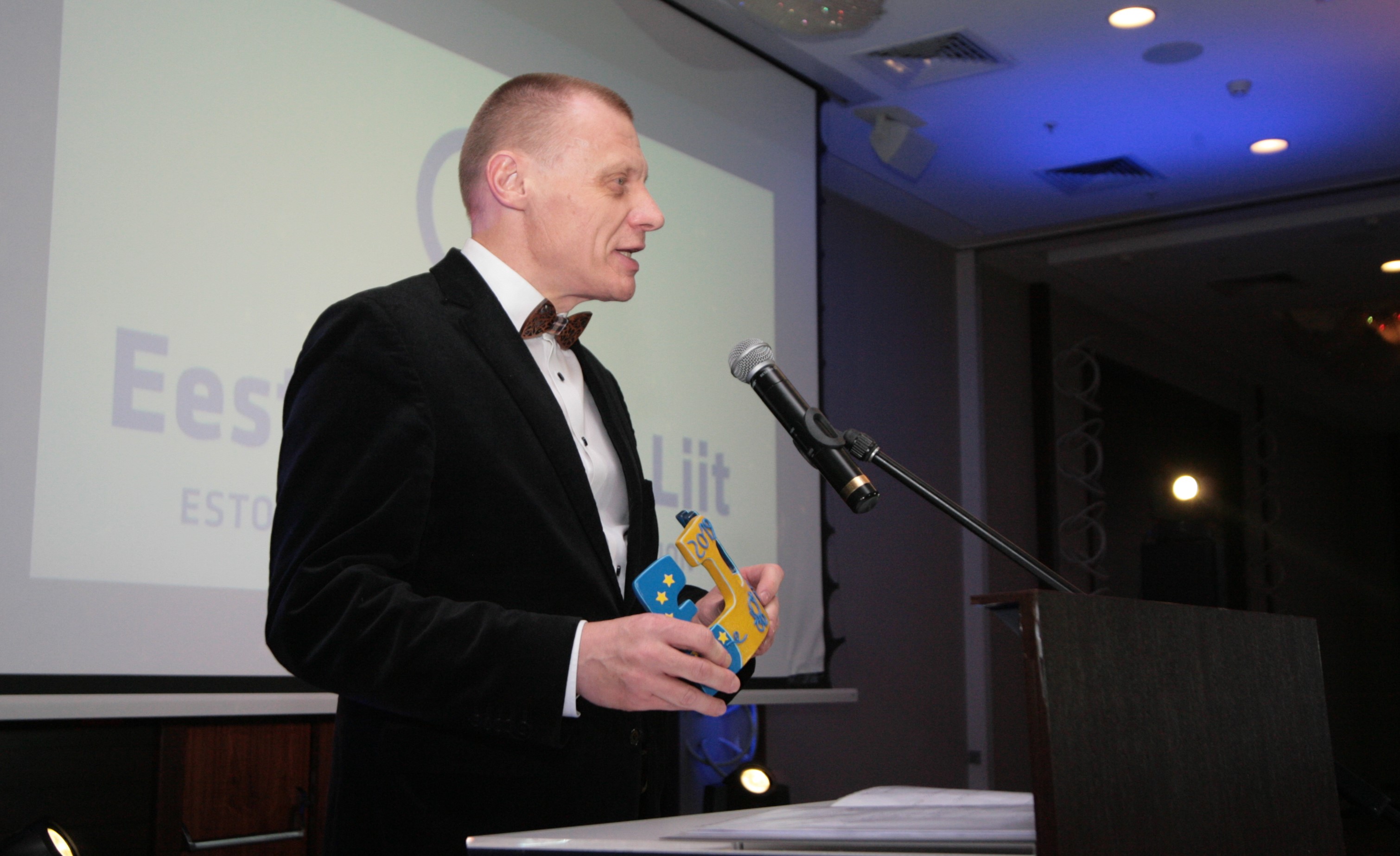 The next award, for National Federation of the Year, saw Germany take the honours ahead of Italy and the Netherlands. From the table where the delegates were sitting a huge cheer went up as the award was held high by Vice-President, Sven Alex, delighted that DTU’s hard work that has seen continued growth in participation and success at all levels, had been recognised with this prestigious award. 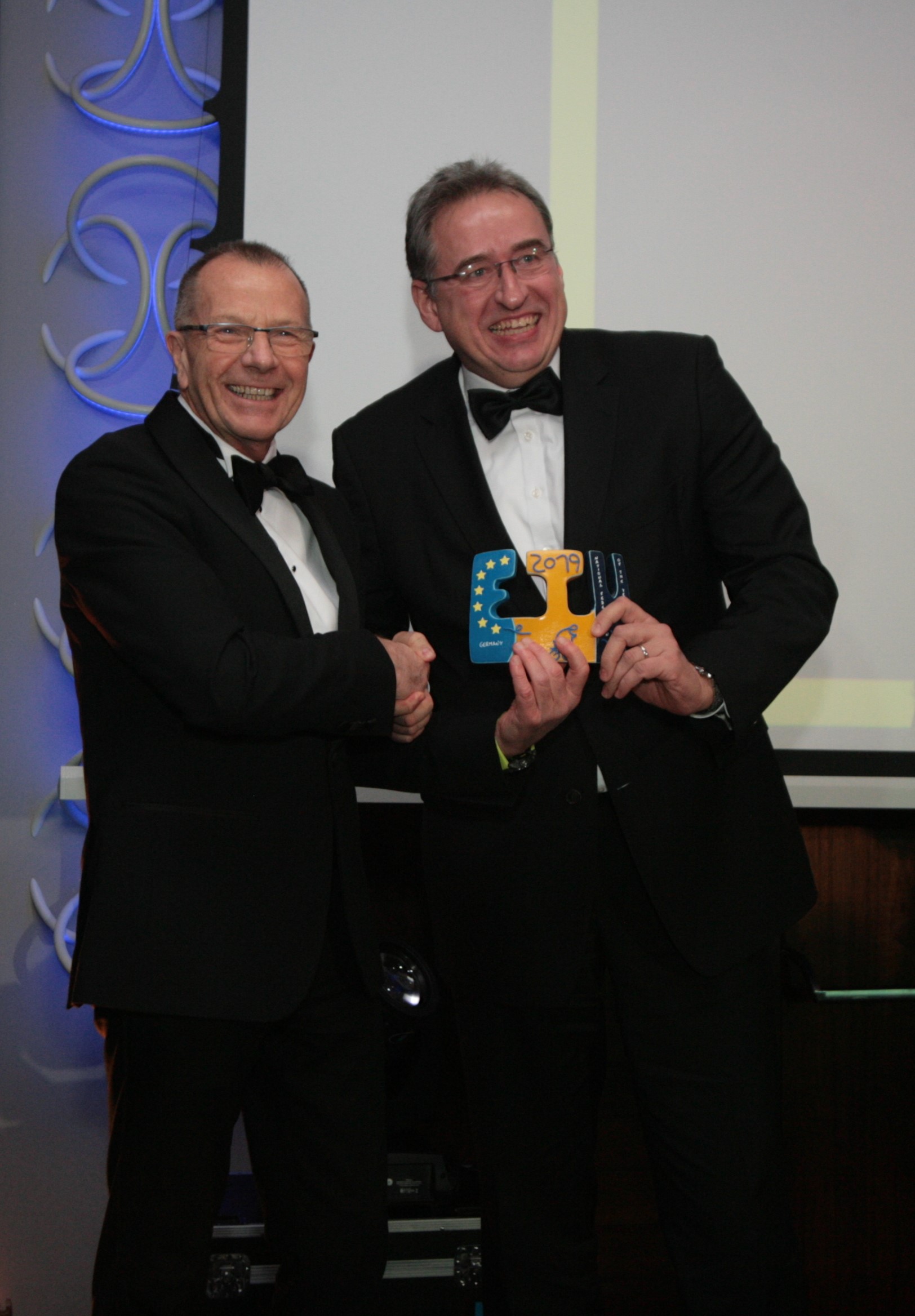 With the next category, Technical Delegate of the year, came three names; Dóra Rózsa (HUN),  -  Miguel Alejandro Fernández Vázquez (ESP) and Jan Philipp Krawczyk (GER). Unfortunately, Dóra was unable to attend and so, with just JP and Miguel present, the introductions done, the pause was reached before the name was announced.

The winner was from Spain and had overseen the most successful ETU Multisport event of the 2019 season. Miguel explained that it was his dad who had encouraged him to help out at local events and from the very first time, way back in 1991, when he had stood at a drinks station handing out water, he was hooked. This was the sport he wanted to be part of and since then has built up an impressive portfolio of work, including the Baku-Bike course measuring device. 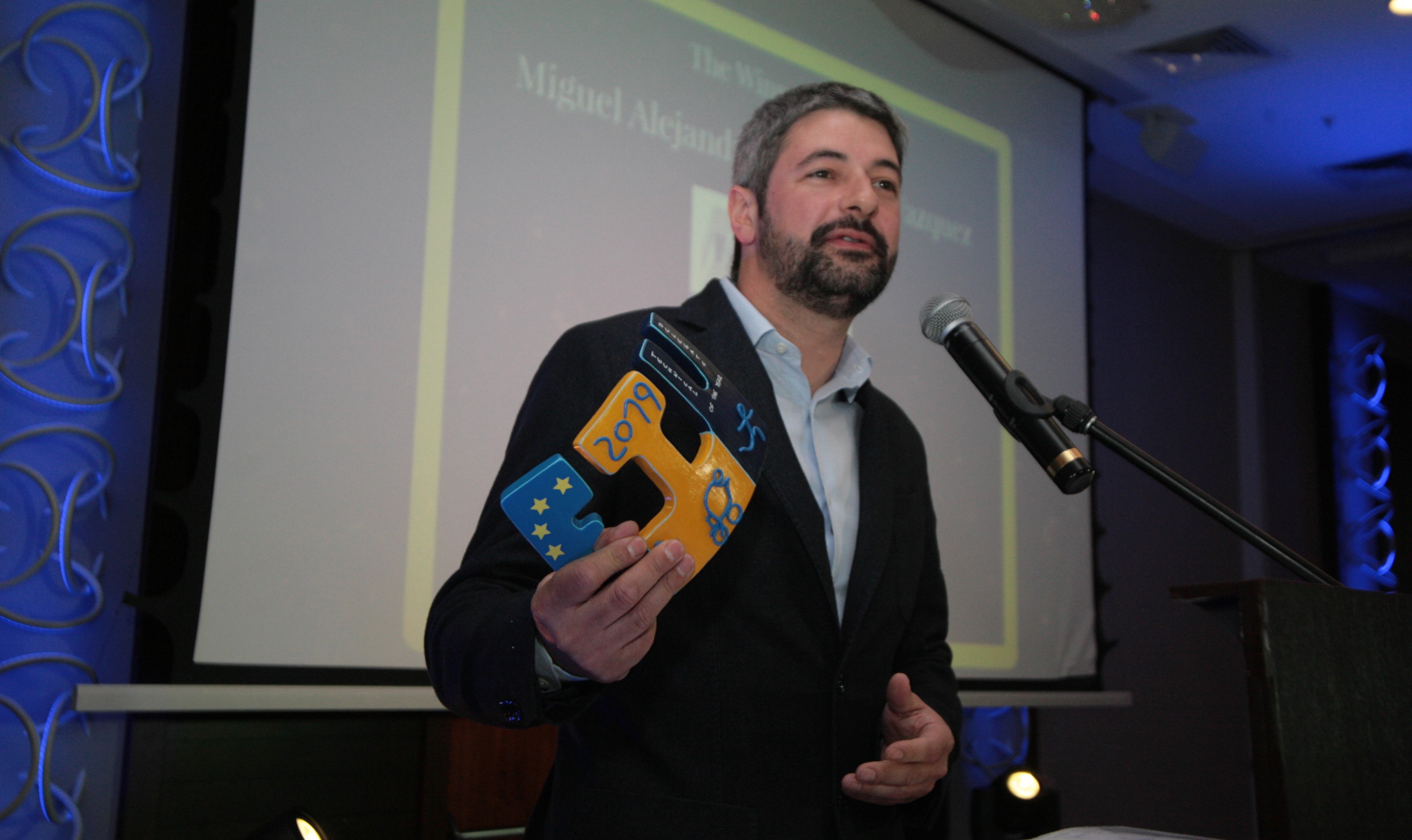 The 2019 event of the year was always going to be a close call but the Sprint Championships, held in Kazan last year just made it over the finish line in first place. The stunning location, incredible welcome and support provided by the city to the Elite and Age-Group athletes made a lasting impression and, with a bid being submitted by the LOC for the 2021 ETU Championships looking now even more possible, the award was accepted by the Federation, LOC and Vladimir Leonov, Minsiter of Sport for Kazan. 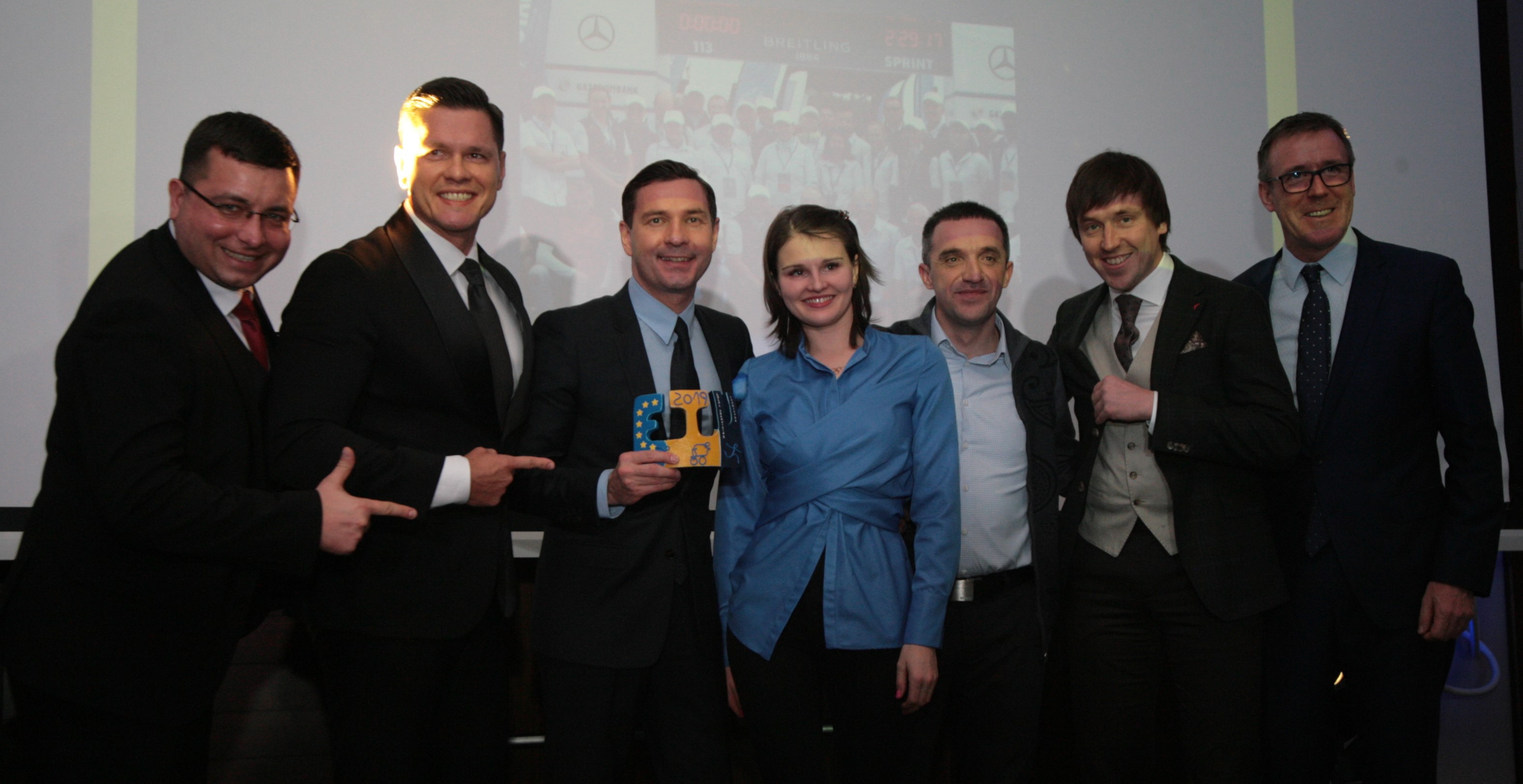 The 2019 season saw stand-out performances from so many athletes but the one that for the ETU Executive Board was a clear winner in the Female Athlete of the year was … Lisa Tertsch, from Germany. We first saw her race and win as a junior in Kalkar in 2016 but then she seemed to disappear. An injury, followed by some dedicated cross-country running for Harvard on the US Circuit saw her return to Europe as a dominant force with an impressive turn of pace for the final run. Clocking 16:03 as a PB for 5k, she turned heads with her victory in Dnipro and then really made her mark with a gold in  Antwerp at the ITU World Cup. Another gold came in Holten, then a bronze in Lausanne at the U23 Worlds and then the European title in Valencia at the ETU U23 Championships. Her victory at the Funchal ETU Cup Final was just one week after her silver in Alanya behind one of the few athletes who can run faster than her. The battle of Alanya was one that ensured the ETU Cup Rankings was a thriller right down to the finish in Funchal, with Terstch beating Yuliya Yelistratova, a multiple winner of the Rankings Series over the years, to claim the 2019 title.

With an easy command of English, she delivered a polished acceptance speech, with a smile that truly went from ear to ear. With her performances ranked high nationally, the DTU can no doubt look forward to the Olympic cycle with some optimism. 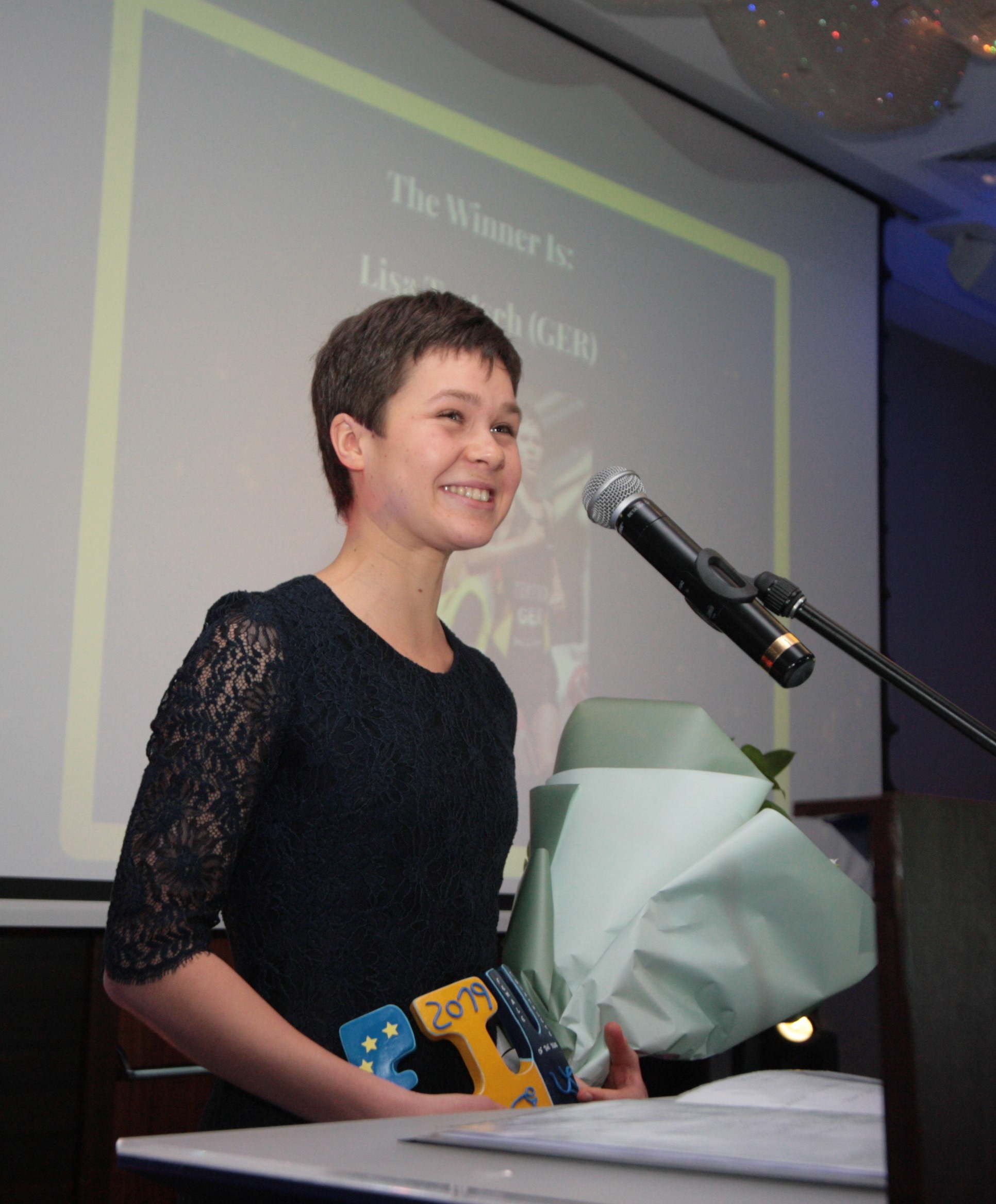 The Male Athlete of the year award reflected the sprint-finish we saw in Funchal at the end of the season and it was Azerbaijan’s Rostyslav Pevtsov, who took the title. His 2019 season started well with the World Aquathlon title in Pontevedra. A battle in Weert against Alistair Brownlee saw him miss out on the medals and only a matter of days later he was nudged off the gold medal position in a mighty sprint-finish in Dnipro. Having identified the need for the final kick, he secured a podium finish and then, having seen the pace of Great Britain’s Sam Dickinson, knew what he had to do for the end of season showdown in Funchal.

In one of the most nail-biting finishes of the year, the pair were locked together for the final 5k run  and with each step being mirrored they both attacked in the final metres for a photo-finish that gave him victory and the ETU Rankings Title. Pevtsov’s 2019 performance richly deserved the title and for Azerbaijan, this reward is a clear signal that their support has not been wasted. 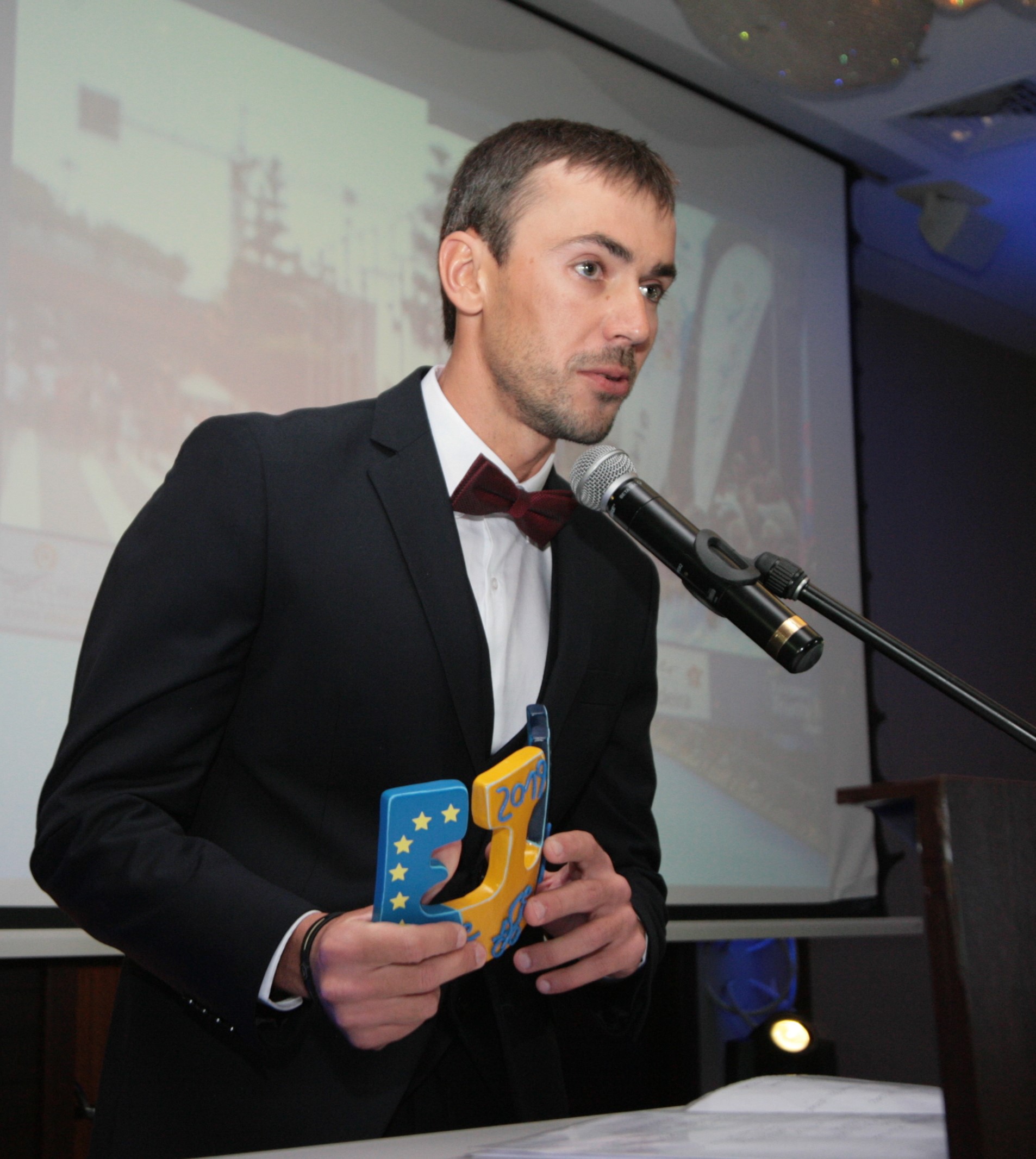 For the Para-triathlete of the year award, (this year the focus moves to our male athletes), it was Jules Ribstein, who was honoured. Following national silvers in 2017 and 2018, he began collecting bronze medals at ITU Paratriathlon World Cup races and in Tartu at the ETU Championships in 2018, his disappointment at missing out on the medals was forged into a focus that delivered a French title and then a bronze at the Gold Coast World Championships. His 2019 season saw delight but also dismay, as he won European and World titles but found out that his category would not be represented in Tokyo. With this award and the news that Paris will host the 2024 Paralympics, we can expect to see solid performances coming from him in his build-up to the big one in Paris, in 2024. 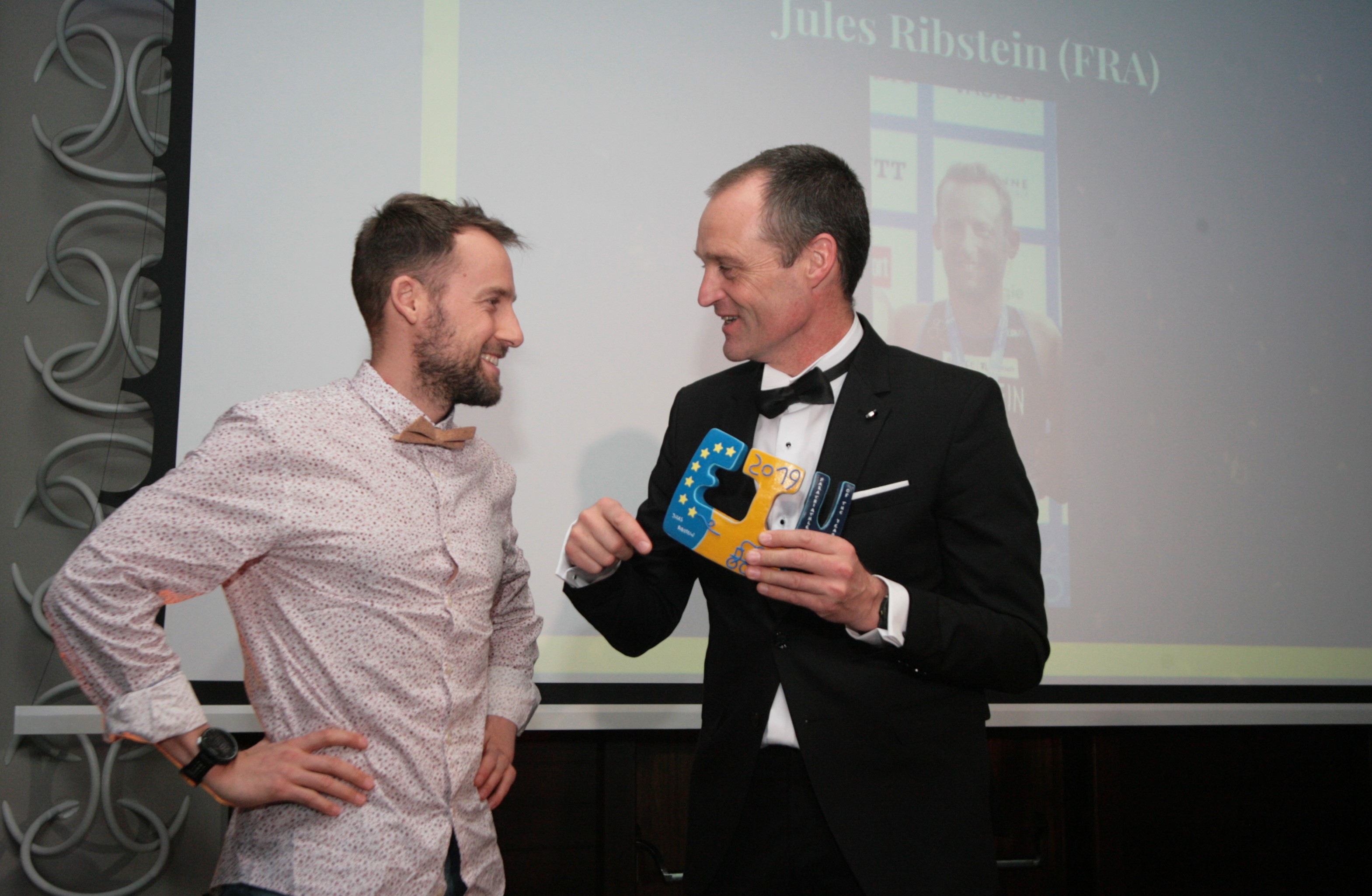 The final award was one that ETU President Renato Bertrandi introduced with a voice that began to break as he described the man that changed the world of triathlon in Romania, the man who made the world a better place, especially if he could find a place to put a transition area and finish gantry. The Triathlon Family lost a dearly-loved member last year and, in honour of Péter Klosz, a moving video was played to those gathered.

As his name was mentioned, the applause began. Everyone stood. The applause gradually subsided and, as we watched the images of Péter move across the screen, still unable to really believe that he was gone, the tears flowed freely around the room.

There to collect the award were Péter’s long-term partner, Adina and his brother, Viktor.

Please, sit back, turn on the sound and click this link to share with us some memories of Péter Klosz. 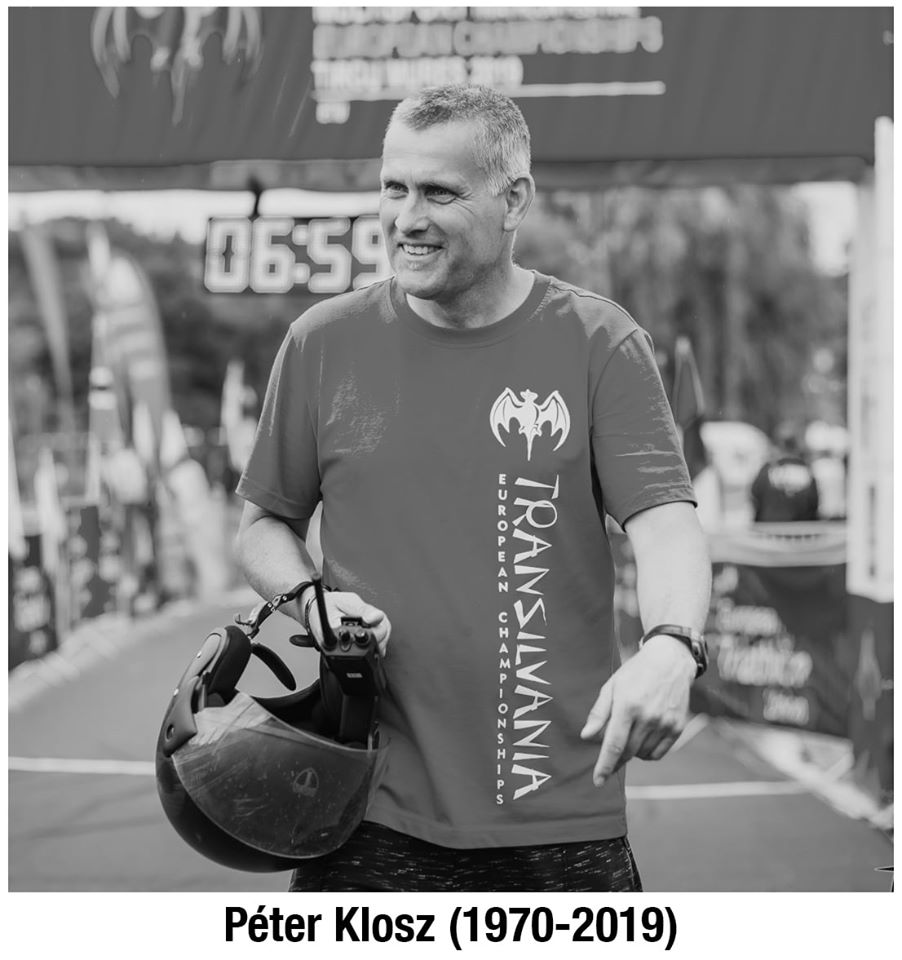 It was a sombre end to an evening of celebration but a reminder that we need to truly cherish the moments we share at our races, when we train, when we plan. A reminder too that as a family, we are here to support each other at times of jubilation as well as at times of loss.

The breakfast run on the Sunday morning took in the sights of the city and then it was time for the goodbyes, as delegates started to make their way home. Our hosts have been wonderful and the messages that have come out of this, the ETU 2020 Presidents’ Conference, in Minsk have been wholly positive. 2020 is our Olympic Year and one where triathlon will once again be seen as a showcase sport. With the focus on Tokyo, we all know that the Elite athletes will be giving their best performances but ours is an inclusive sport and has been so from the very start. We look forwards to seeing you all at the races.