Dnipro is the next European Cup! 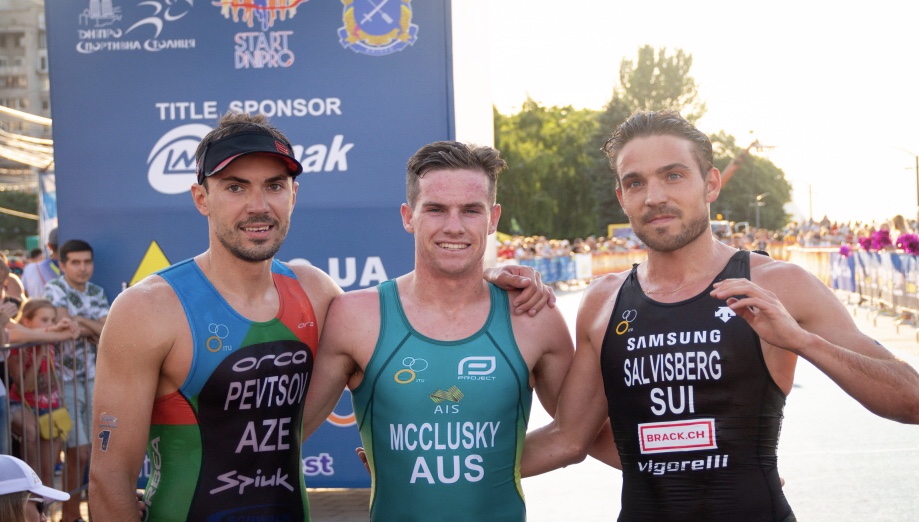 The city of Dnipro known as Ekaterinoslav, also called the Rocket City because home of major space design bureaux and manufacturers will host the Europe Triathlon Cup and Junior Cup on this coming 5-6 of June. Dnipro is also a powerhouse of Ukraine’s business and politics and, it is the native city of many of the country’s most important figures. Since the best time to visit the town because of its continental climate, is late spring, we cannot be more lucky. Because of the triathlon event, a visit to this beautiful city can be an after race must see for everyone!
The swim is a one clockwise lap that leads the athletes directly to T1. Bike course a 3 laps of 6,5k and the run a 3 lap course of 1,650 mt. A quite flat race that will favor those who do not like hill courses for sure.
In the men’s élite race 39 athletes of 16 different Nationalities will start from the pontoon at 11 am. Rotislav Petsov from Azerbaijan, 6th in the Europe Cup of Melilla, will have as podium contenders, Philip Pertl 7th in Caorle and his team mate Martin Demuth, The English Harry Leleu 7th in Olsztyn last weekend, as well as the Italians Davide Ingrilli, Nicoló Strada and Riccardo Brighi. Benjamin Zorgnotti, racing for Tahiti will be the most exotic country in the event. Probably the best place to race in winter!
In the women’s race 25 athletes representing 11 Nations, will start at 9 am. The Ukrainian multiple triathlon titles winner Yuliya Yelistratova will be the most experienced athlete of the event and, will surely set the pace to strike an important result in her home country. Norway with Løvseth and Dale will try together with Slovakian Kuriakova and Michalickova and Polish Czesnik to do a strong swim and give a hard time to her. The young Italians will be here to make some international experience and if the possibility comes, run for a podium which would represent for them a dream come true on their first important experience.
In the men’s junior Ukrainian home athletes will have as principal opponent Turkey, Hungarian Soós, Poland with Marvin Stanglewicz 9th place in Olsztyn and Kazakistan with 5 athletes.
In the women’s junior it will be a challenge between Russia and Ukrania since no other country is here represented.