The weekend saw great racing in Southern Bohemia. It was a day not only for the medal winners but for all athletes show were using the event to collect more points for their federation in the race for ETU points, or to establish themselves within their federation. With athletes from outside the ETU region there was always going to be a challenge but it was also a chance for the Organisers, the local supporters and of course our own athletes to showcase triathlon in Europe. Yes, we know it, we are the best ! The Junior Men’s race set off first and saw a spectacular swim from Austria’s Lukas Kollegger.  He is a powerful swimmer and this performance is by far his best this season.  As we have seen before this year, the leading athletes after the swim in Junior racing is not often the ultimate winner but would Kollegger this time be able to improve on his previous performances in Vienna and Quarteira ?

Behind him and some way off the pace was the visiting Colombian, Eduardo Londoño Naranjo but a little closer was Slovenia’s Matevž Planko. The 400m run from swim to Transition saw many changes in the order of athletes. The bike was not just a 20k ride. There was some drama involving a bunch of athletes and some abrupt braking. This caused one of them to skip over the centre line of the road to avoid a collision. Technical officials applied a penalty which would have to be served later in the race.

The run would prove to be the most exciting part of the race with Ayan Beisenbayev KAZ having to serve that penalty. His run pace was taking him past so many others and after exiting the water way back in 19th place and some 40 seconds off the pace, it was his run to T1 and then power on the bike that put him into contention for a medal.  With everything so close, would this ten-second penalty steal any medal from him? 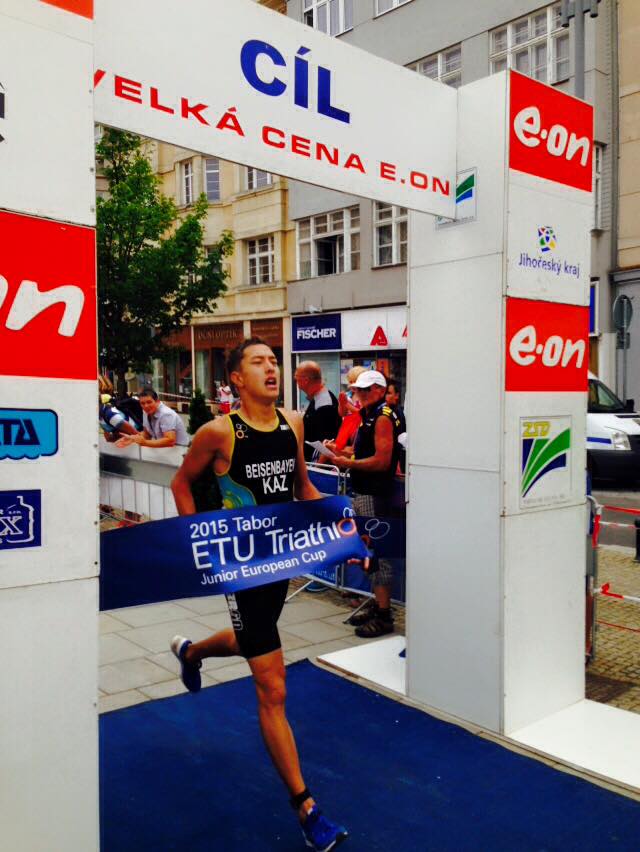 With a run of 14:53, including the ten-second penalty, he stormed to the front to win the race with a three second margin. The fight for silver and bronze unfolded behind him with Planko and Londoño getting the crowds cheering and shouting as the finish neared. It was Planko who just had the edge and one by just one second. The top three men were separated by just 4 seconds in one of the tightest races of the season. After the race, without a medal but still very happy, our swim leader said, “What a great European Cup. Today I started in the toughest race ever. I got 16th place and that for me was job done as I qualify now for the Austrian A Team in 2016!” 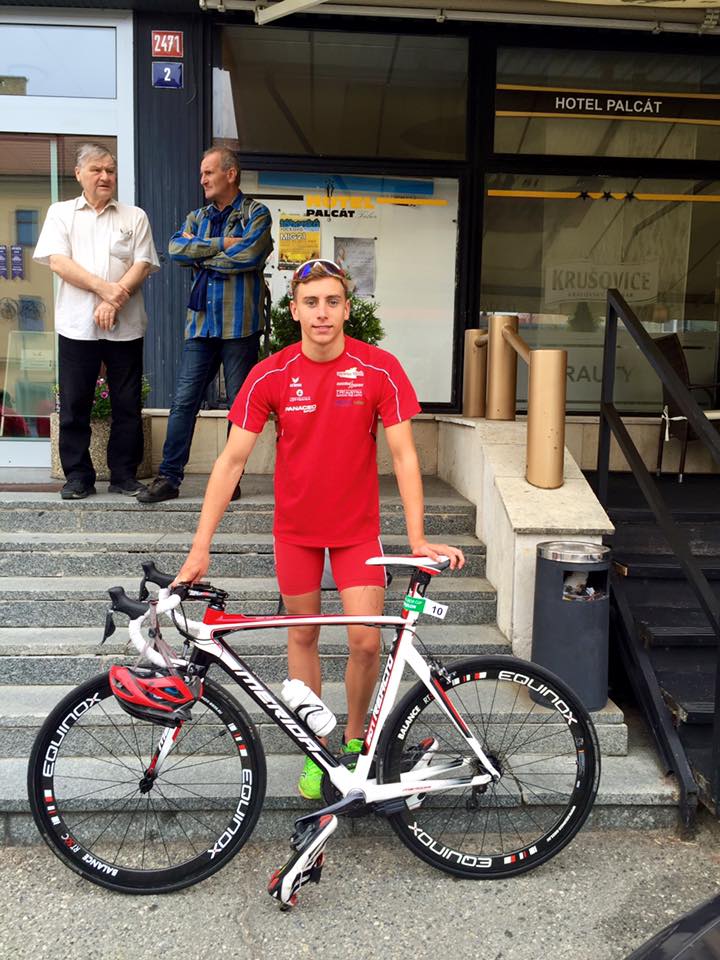 From across the world came support for the Colombian’s performance, “A great athlete, it is the fruit of the effort, dedication and discipline and it is the beginning of many successes.” Congratulations were also sent to his coach, Jose Said Bustamante Bedoya, for their team-work. 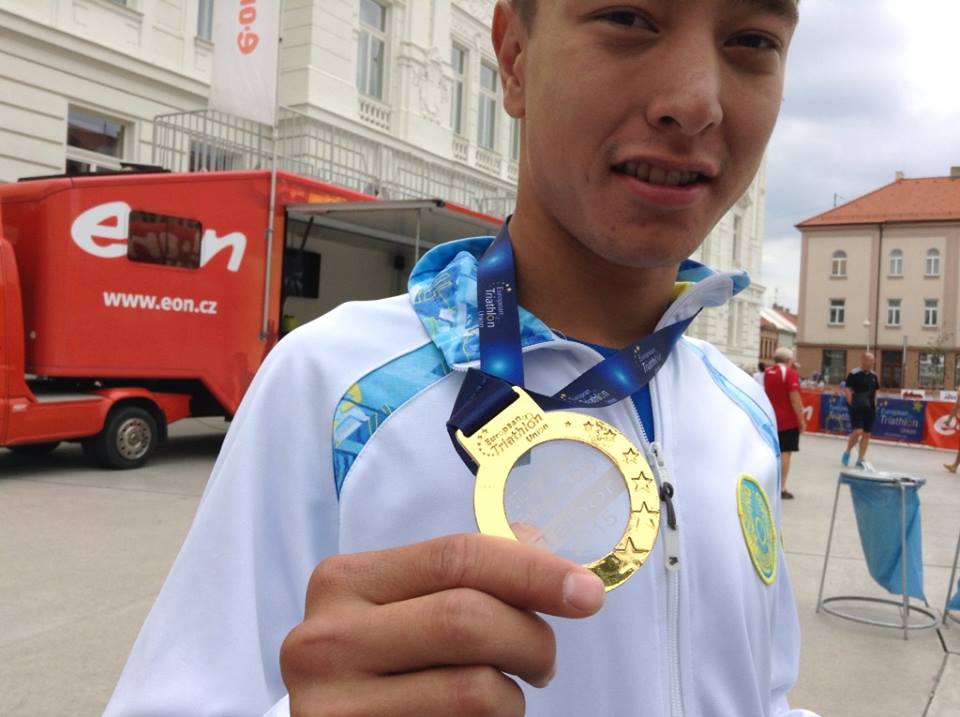 Final word goes to the winner of the race whose ten-second penalty inspired him to blast through the final stages of the race, “European Junior Cups are really good for me for the simple reason that the participants in these events are always very strong and this makes for a good race and that helps me to improve my performance. For this race I was well prepared and confident that I could make the top three, but there were a few moments in the race where I really had to use more energy than I had planned. Firstly, it felt as if the water in the lake during the swim was not the same temperature and out in the middle, it seemed like ice. This really made my head ache, like the ice-cream head and it meant I had to work harder, but in this situation was not just me. We were all without wetsuits and perhaps experienced the same feelings.  It was a long distance from swim to T1 nearly 400 meters up the hill and this was a bit of a challenge for many. For me it was an advantage and I was able to overtake 8 people. This allowed me to go out onto the bike in the leading group. However, I got a nasty cycle route. One of the participants has created an emergency situation. This literally pushed me into the oncoming lane for a few seconds, for which I immediately received a yellow card from referee !! I was angry and very upset, because they understand that this is voluntary violation. Out onto the run I knew that my rivals were very strong and were running behind my back. So, I decided to speed up before entering the Penalty Box. Those 10 seconds in the penalty box seemed to me eternal. All of my rivals went past and I really had to dig deep so that I could catch them. Overall, I liked the competition and the course was interesting in the beautiful town of Tabor. They were great competitors too !” 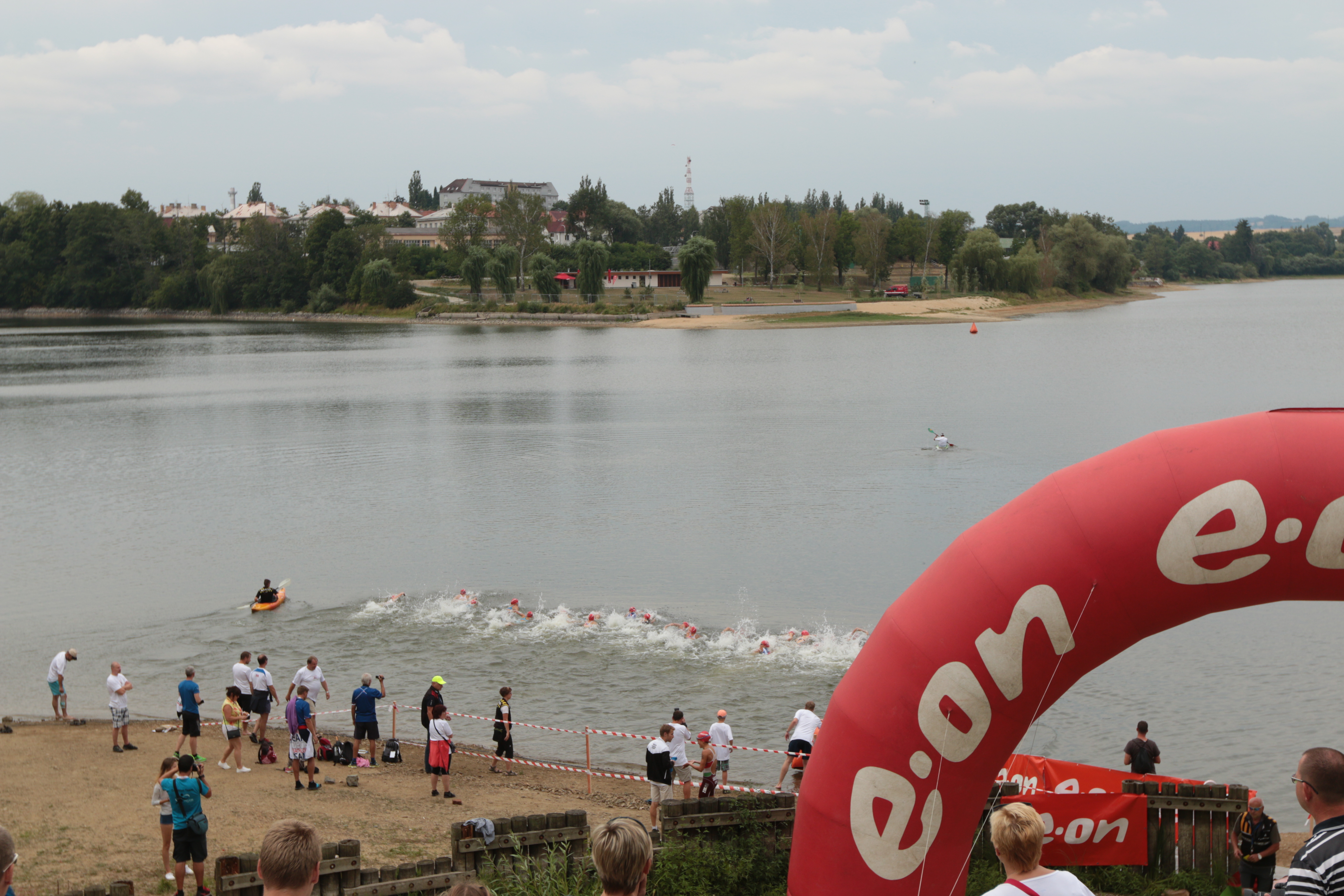 For the Junior Women, the water was dead flat and saw Hungarian Dorka Putnóczki lead the athletes from the lake and up into the stunning city square..

With her was Polish athlete Alicja Ulatowska. In her first international triathlon she showed everyone who she was and how well she could swim.  T1 came and went and the chasing athletes formed a group that would ave to work hard to keep with her and hard to keep away from those chasing them. 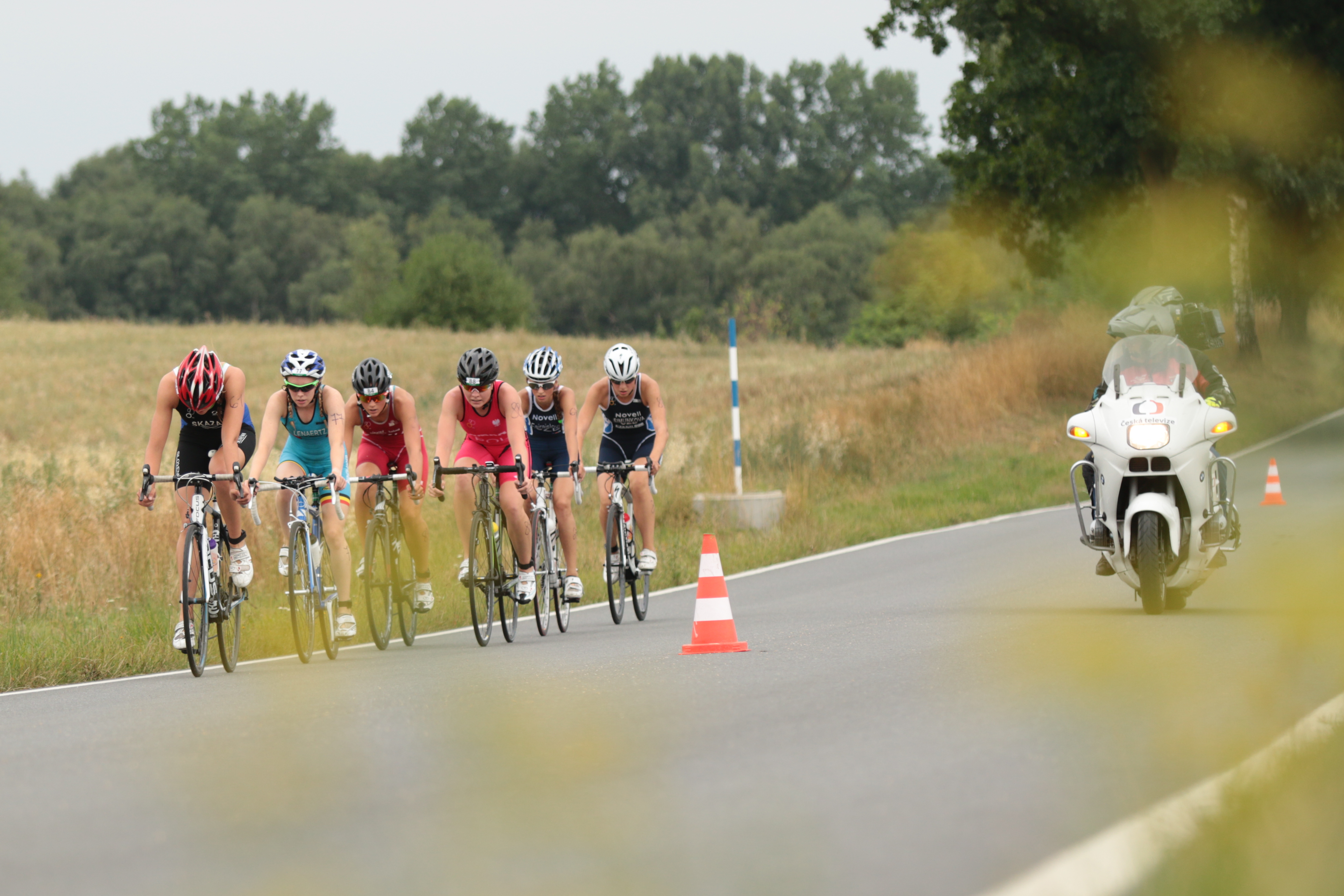 Behind her Eva Skaza SLO, Kiara Lenaertz BEL, Beatrice Weiss AUT, Ulatowska, Iveta Fairaislova and Simona Simunkova both from CZE were working hard and wondering just who amongst them could get the podium. Back at the front and indeed it was the Hungarian who raced into T2 in a comfortable position. 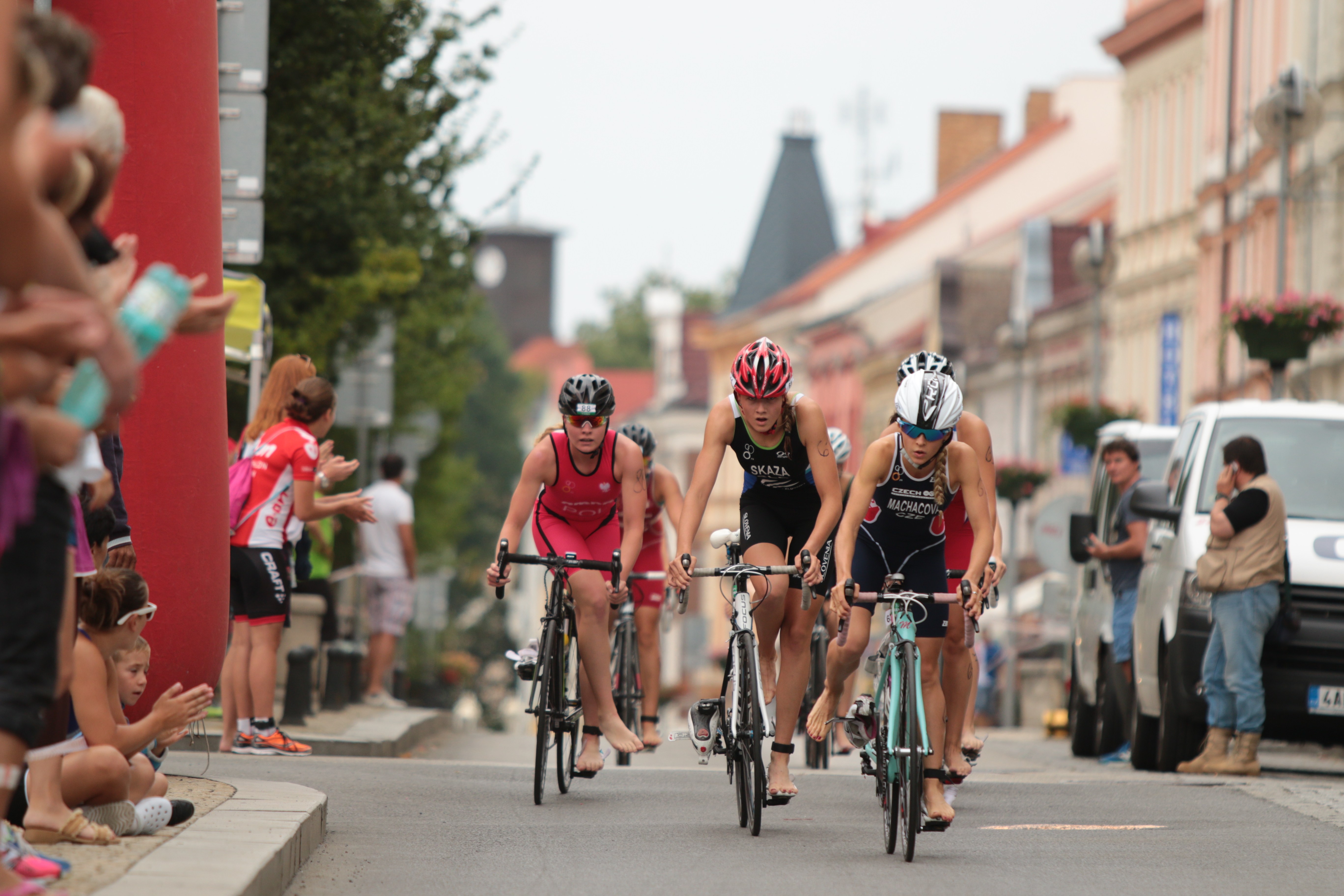 Behind her another Czech athletes had joined that chase group. Jana Macháčová moved to the front to enter T2 in second place. Slowly but surely she pushed the pace. Putnóczki dug in but the run pace for the Czech was immense and soon she had her target in sight. To the delight of the home crowds she took the lead and with the fastest run of the day crossed the line to take the title. 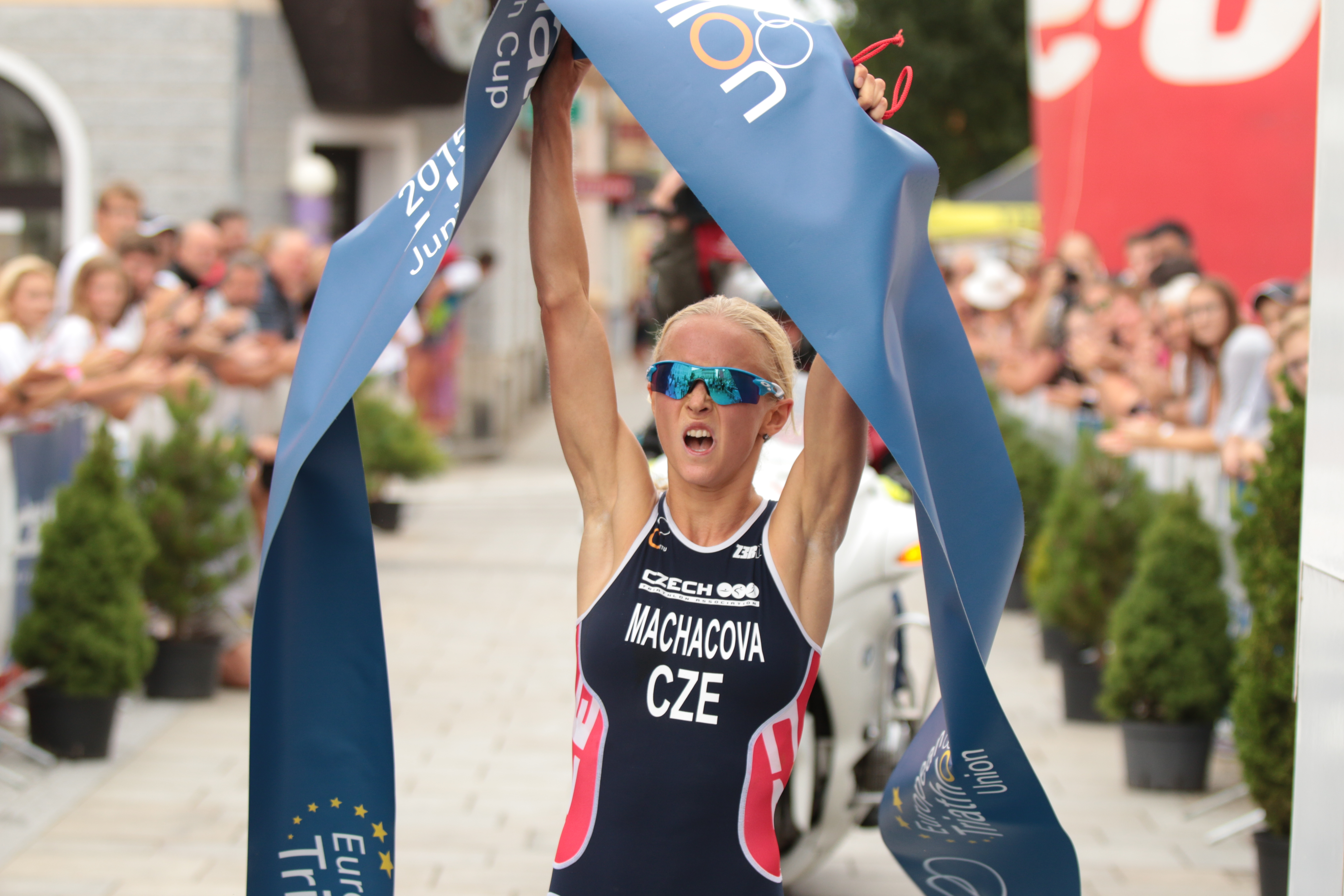 With a final battle for bronze between Skaza and the second-fastest runner of the day, another Czech athlete, Pavlína Poláčková it was to be that Skaza would lose out. Many thanks to Martin Hotový for his photos as well as Yuriy Solovyev and the Österreichischer Triathlonverband (ÖTRV) whose team did so well there. 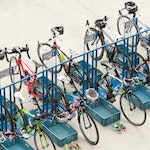 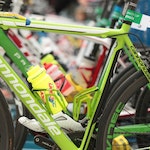 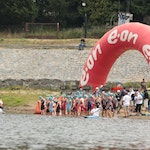 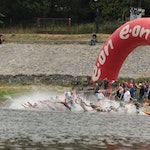 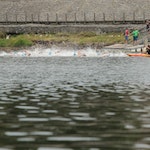 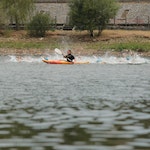 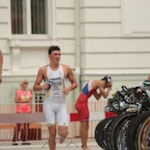 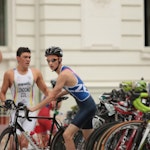 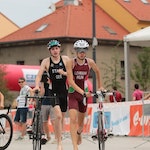 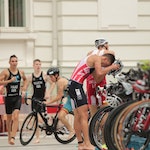 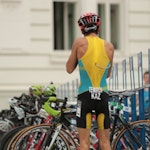