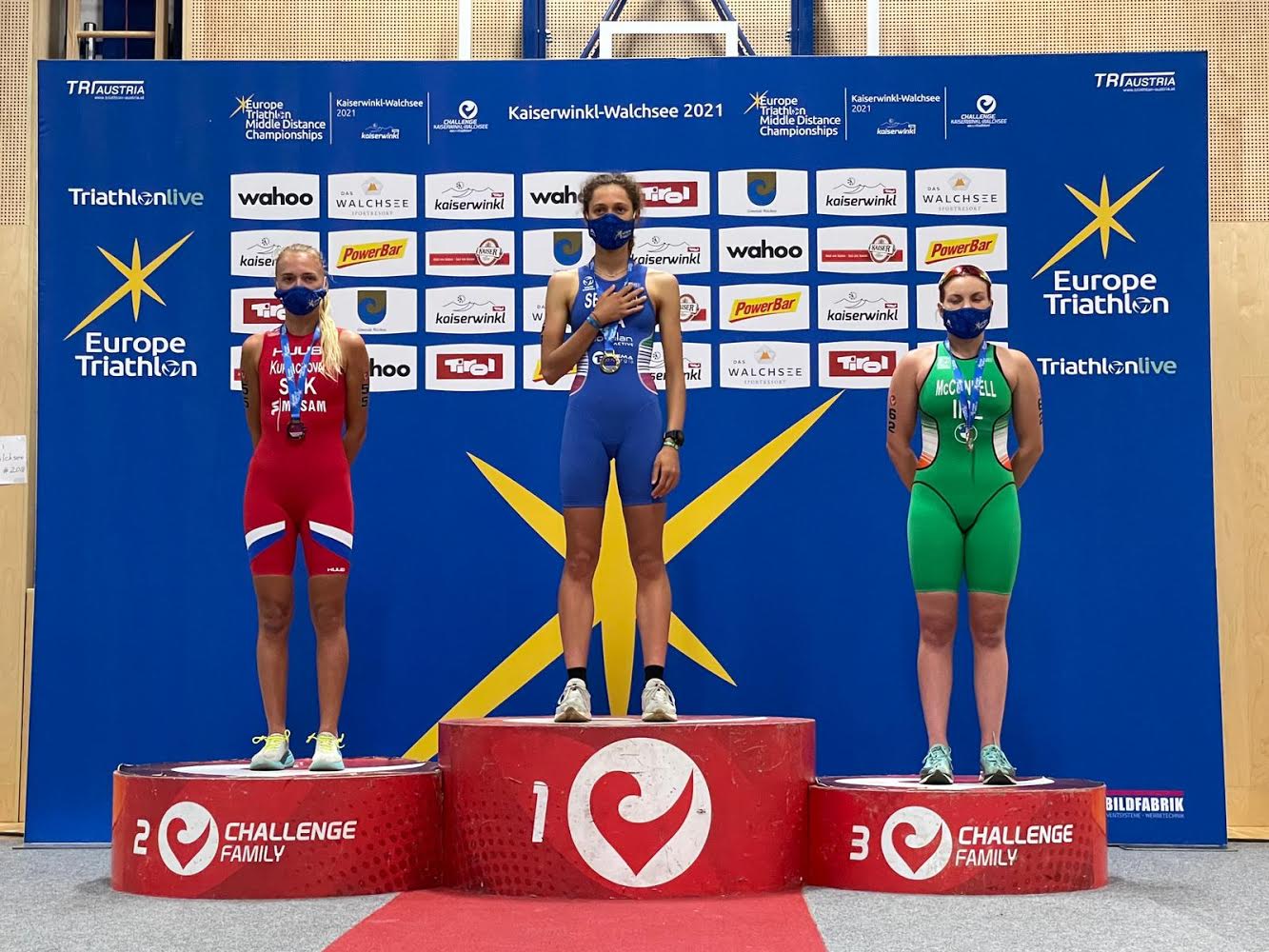 The Aquathlon European Championships in Walchsee is claimed by the Italian Team which lined up their best swimmers to bring home the Aquathlon title. In the men’s race Michele Bortolamedi National Aquathlon Champion confirms his talent in this and adds an important international title to his career. He wins with the time of 27:48 with 9 seconds of advantage from Ognjen Stojanović (SRB) who is silver medal in 27:57. In bronze Mikita Katsianeu (BLR) in 28:01 and  Richard Varga (SVK). In the women’s race no stories for the other contenders. Italian’s strong swimmer Bianca Seregni who finally achieves what she deserves and is gold in 31:07 and Aquathlon European champion in Walchsee. In second Ivana Kuriackova (SVK) in 31:18 and in third Erin Mcconnell (IRL) with the time of 31:26.

In the junior men the Spanish Armada has no contenders and Esteban Basanta Fouz is the new Aquathlon 2021 Champion with the time of 28:07, in second team companion Joan Reixach Abril in 28:41 and in third Igor Bellido Mikhailova in 28:52.
In the Junior women María Casals Mojica (ESP) is the 2021 Aquathlon European Champion in 31:44 in second Márta Kropkó (HUN) 31:58 and in third Helena Moraga Molina (ESP) with the time of 32:03.
In the PTS4 Men Aquathlon Gianluca Cacciamano (ITA) wins the European title in 39:48, in silver Marc Rodriguez Palet (ESP) in 41:36 and in bronze Martin Falch (AUT) in 42:38.