A summary of the Executive Board Meetings 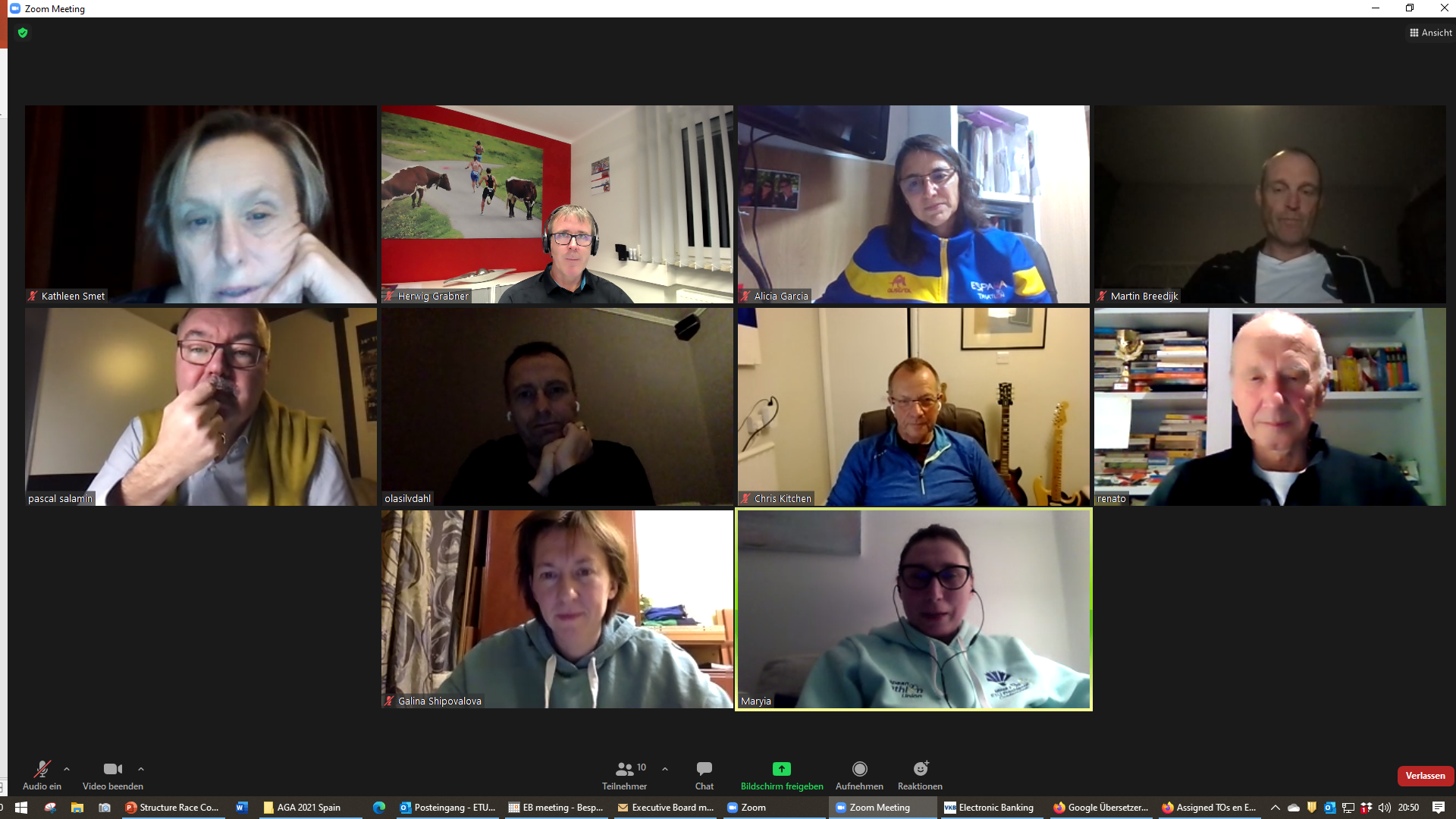 This is a short summary of the Executive Board meetings which were held online on the 14th and 20th of April in which were discussed and approved the following issues:

The terms of reference (TOR) for the Development and Technical Committees, Race Marketing & Technical Committees have been discussed, finalized and approved. It was decided to create a Legal Constitution Commission the TOR has been approved for this Commission. Moreover the recruitment process for the new members of all the Commissions will start in May. All the information regarding the procedures will be communicated to the National Federations in due time.
The strategy for the participation of age group categories in Europe has been approved.
the 2022 European Sport Championships have been confirmed and will take place in Munich. The Event will feature the élite Olympic Distance, the Mixed Relay Championships and the Age Group Sprint Distance Championships. The race will provide increased points, at the level of WTS points to the élite athletes.
It has been discussed the issue on whether to have a face-to-face meeting for the “Presidents’ Conference” in 2021. As a primary condition it has been considered that at least 80% of the National Federations have to be able to attend. On the contrary, a virtual conference will be organised. Anyhow, a final decision is to be expected at a later stage as soon as we have more clarity on National Covid restrictions.
From May 1st Europe Triathlon will have a new Media Manager, Laura Berretta, who will replace Amé Venter who has left her position. The new Media Manger’s mail: laura@europe.triathlon.org
The bid documents and release of the 2022 Europe Triathlon Championships have been approved.
Kosovo has been accepted as a provisional member of the Europe Triathlon.
The Technical and Development Committees have appointed a chair and a secretary. For the Technical Committee Dirk Bogaert (BEL) and Sarah Taylor-Hough (GBR) and for the Development Committee Mitja Mori (SLO) and Marc D’Hooge (LUX). Furthermore Maryia Charkouskaya has been appointed as Board liaison for the Development Committee and the Martin Breedijk for the Technical Committee.
A chair has been appointed for both the Race and the Media & Marketing Commission. For the Race Commission this is Herwig Grabner and for the Media & Marketing Commission Pascal Salamin. Mr Chris Kitchen will be Board liaison on all major events. The next Executive Board Meeting is scheduled for the 12th of May.