This weekend we were Serbia for the Youth Cup in Belgrade

We can reflect on yet another a great race that took place this past Sunday. The venue was Ada Ciganlija, this is Belgrade’s most popular recreational area. It is a peninsula artificially out of a river. It has kilometres for sandy beaches, restaurants and bike roads where nice weather can be enjoyed. 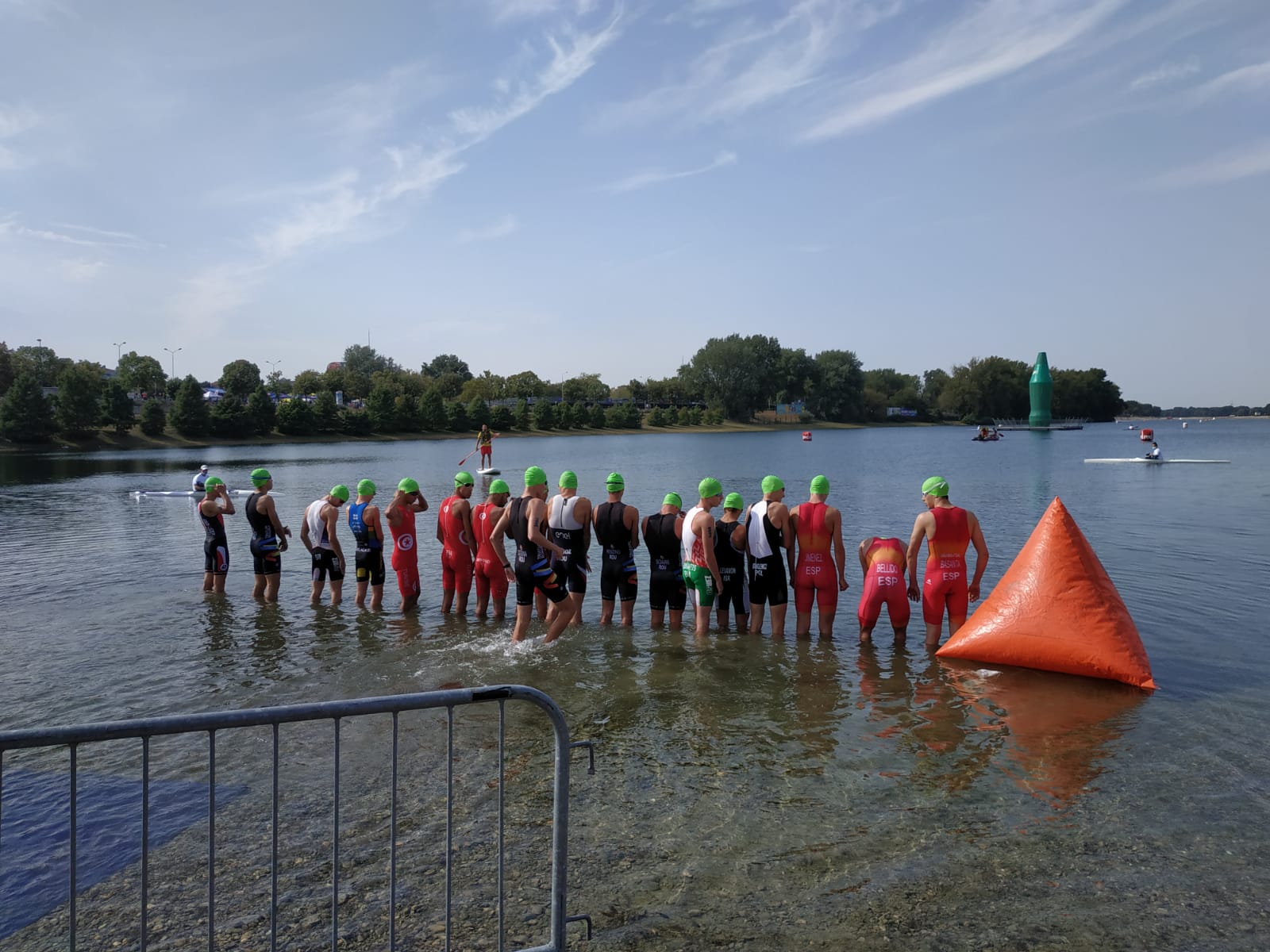 On Sunday the events kicked off with the men’s race.  Igor Bellido Mikhailova from Spain came out of the water first together with Esteban Basanta Fouz also from Spain. Jesús Jimenez Gimeno also racing for Spain, followed about five seconds later. They created a group during the bike with four athletes and reached transition two together as well. Where they started the run and had to fight for their positions. The final podium was Igor Bellido Mikhailova (ESP) in first, followed by Esteban Basanta Fouz (ESP) and completing the podium in third position was Miguel Guzman Tafalla. 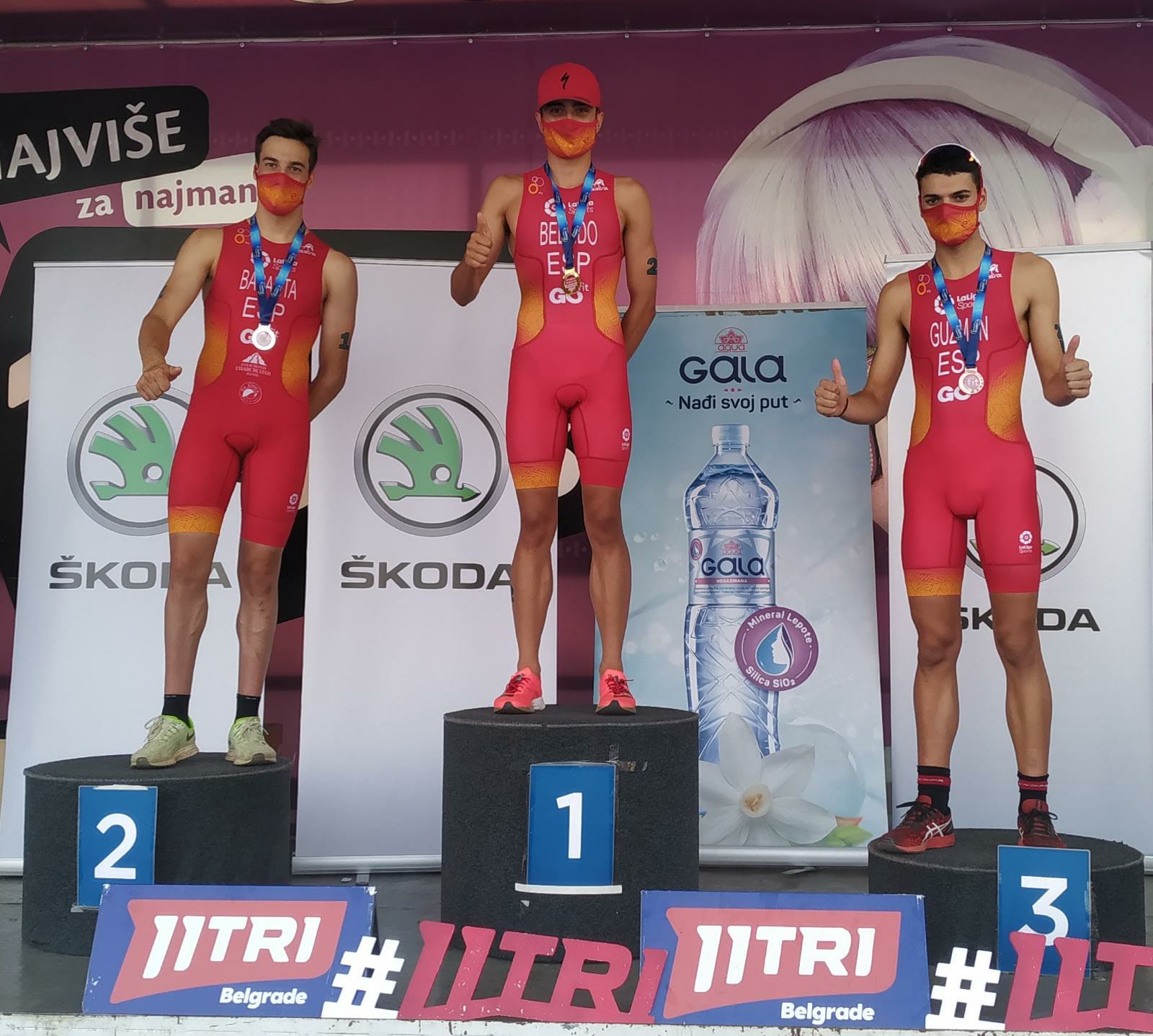 It was a very similar race in the female category. The top three out of the water were María Casals Mojica followed by Elsa Pena Vicente and thirdly, Iratxe Arenal Arribas, all representing Spain. These three athletes then biked together and reached T2 as a small group, and had to fight for their medals and position on the podium during the run. The final podium was María Casals Mojica (ESP) in first, followed by Elsa Pena Vicente (ESP) and completing the podium in third position was Iratxe Arenal Arribas. 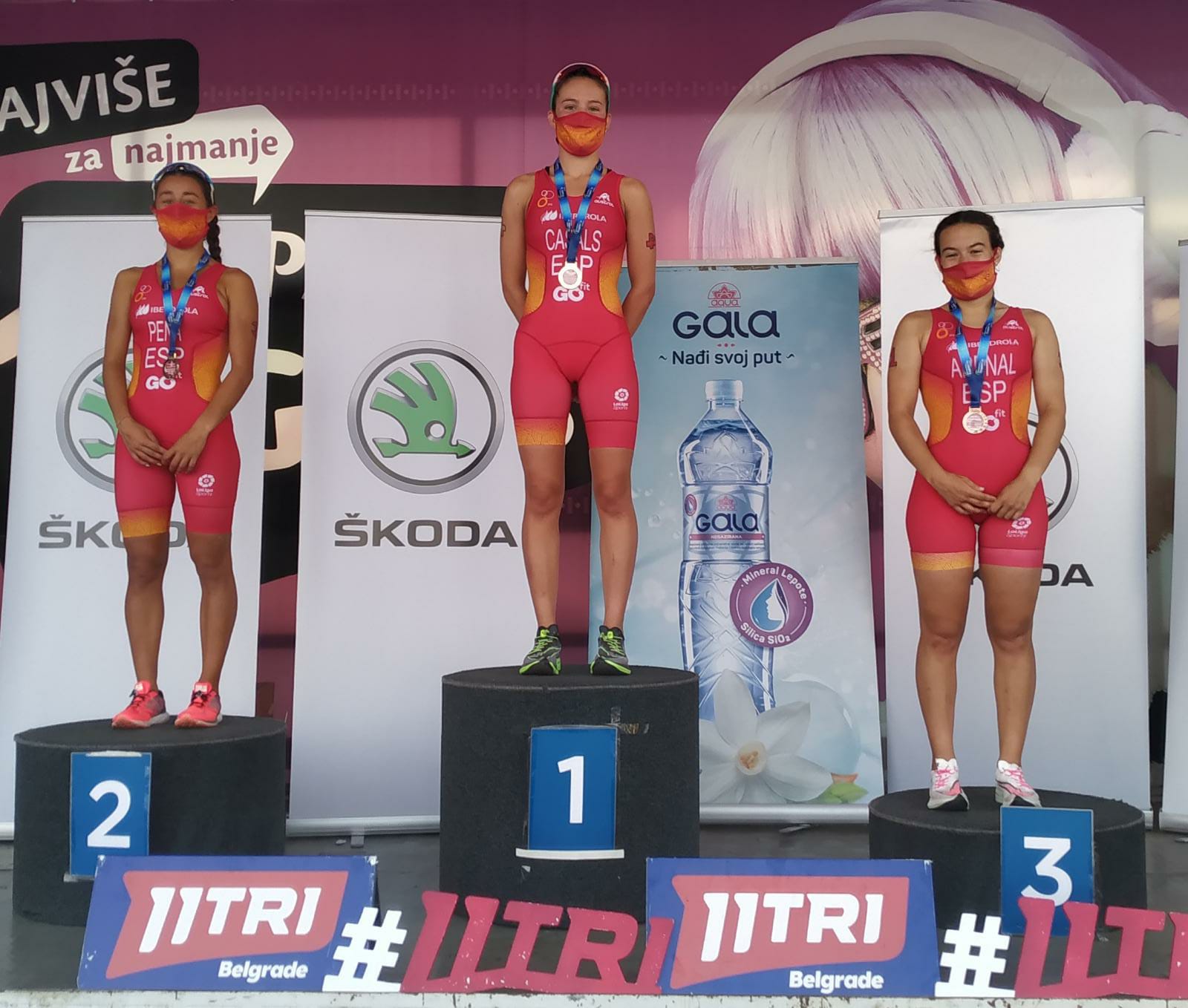