ETU is very pleased to announce that the European Cup Final will take place this year in Sochi, on the Black Sea coast. The Russian Triathlon Federation staged a very successful and popular event there in October 2014 and with this test event, attended by Age Groupers as well as Para and Elite athletes, the foundation has been laid for an exciting finale to the 2015 European Cup series. With all-important sponsor support, the event will be known as the Sochi Ironstar ETU Triathlon European Cup Final. The weekend will host not only our own Cup Final but also a long distance race over the 1,9k/90k/21,1k distance. 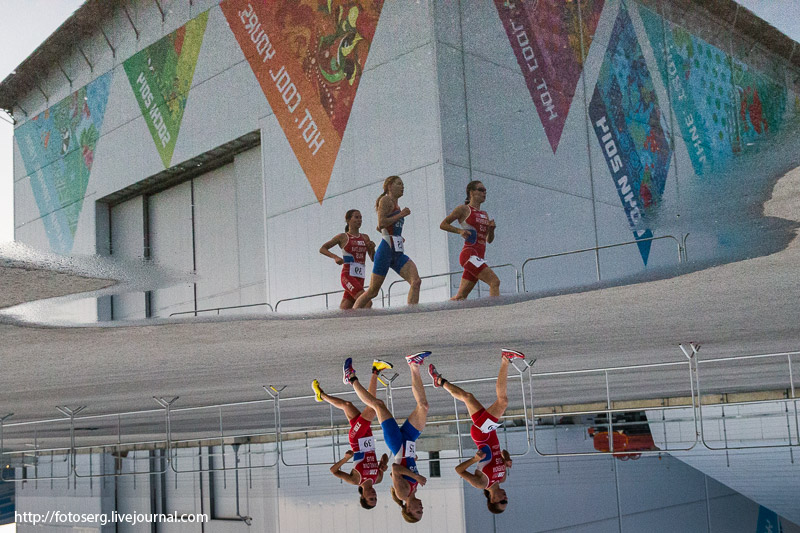 ETU will be working closely with the Russian Triathlon Federation, the Ministry of Physical Culture and Sports of Krasnodar Region and with the company “Triathlon Leader” which owns the Russian brand “IRONSTAR triathlon Russia”, to deliver the Sochi Ironstar ETU Triathlon European Cup Final in the city of XXII Winter Olympic Games.

Sochi is the largest resort city in Russia and one of the nation’s sports capitals where all necessary conditions for international multisport events are created. The city is also known for its rich cultural history, unique climate and excellent geographical location on the Black Sea coast of the Caucasus in the Krasnodar Region. It is impossible to describe all the beauty that you will find in this resort.

Athletes will be participating all over Europe to accumulate points and to race for the title and prize-money that goes with victory. Last year we saw consistent racing from Yulia Yelistratova (UKR) and Dmitriy Polyanskiy (RUS) deliver them the title and a nice “end-of-season” pay cheque. For the Juniors, ETU provided a cash reward to the French Federation for the powerful performance of their Junior athletes.

With that final race being held in a very hot Madrid in 2014, we will see a move east to Sochi. For ETU President, Renato Bertrandi, “26th September 2015 might seem a long way away but with our first ETU medals due to be presented in just over two weeks before we know it our focus will be on the ETU European Cup Final. I am very pleased to confirm that this year the final will move to the Black Sea resort city of Sochi, in Russia. I have been fortunate enough to see first-hand ETU events that have been held in Penza, where I witnessed the dedication of the LOCs, along with the very evident support from the ministries of sport and local governments. Penza grew from a European Cup into a very successful U-23 Championships and now we have had the confirmation from the Russian Triathlon Federation that the date for their event in Sochi will be 26th September, 2015. As a venue, Sochi has proven a success in managing the Winter Olympics and I am looking forwards to our great sport of triathlon taking centre stage in September as we reach the final of our European Cup.” 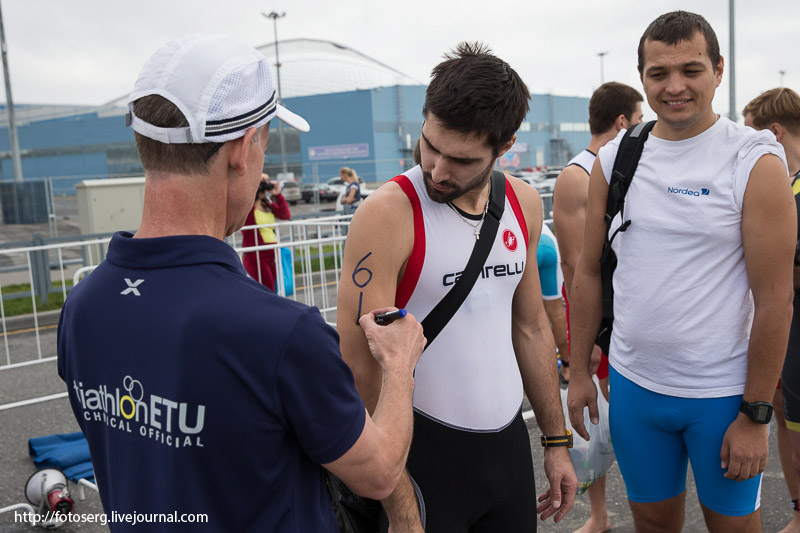 Russian Triathlon Federation President Sergey Bystrov said, “I am glad that it was decided to hold European Cup Final and series of joint starts with the IRONSTAR team in Sochi. This is an amazing place with modern infrastructure, excellent climatic conditions and roads, which allow holding triathlon in accordance with international standards. I am confident that the unique location, professional team of organizers, support of the Krasnodar Region and local governments are important criteria for a successful and spectacular start. Another good sign is that our compatriot and the strongest athlete Dmitry Polyanskiy won the European Ranking Series in 2014. I am sure that all participants will not only have great results, but also get an unforgettable experience from the Olympic city of Sochi, from the show program planned within event and will visit the world famous mountain cluster, watch the preparations of the Formula 1 track for the Grand Prix in Sochi, which will be held two weeks after the triathlon start”. 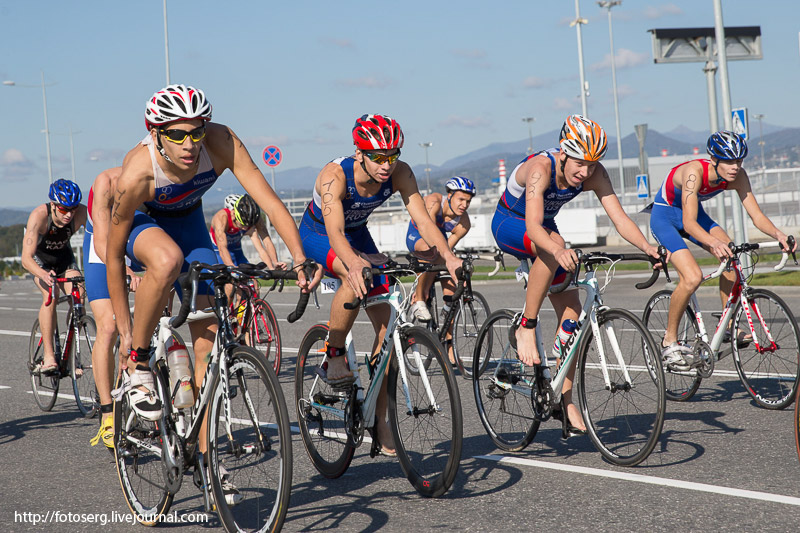 Ivan Tutukin, one of Russia’s top elite athletes said of the course, “I really liked the triathlon course in Sochi. It was a “Formula 1” style perfect asphalt on the road and this made the bike a real pleasure. The run course was fun and the swim, in the sea, was also great. The weather was very good - quite warm, not too hot. We finished in the dark - right next to the Olympic torch.”- quoted Tutukin in «Ves' sport». 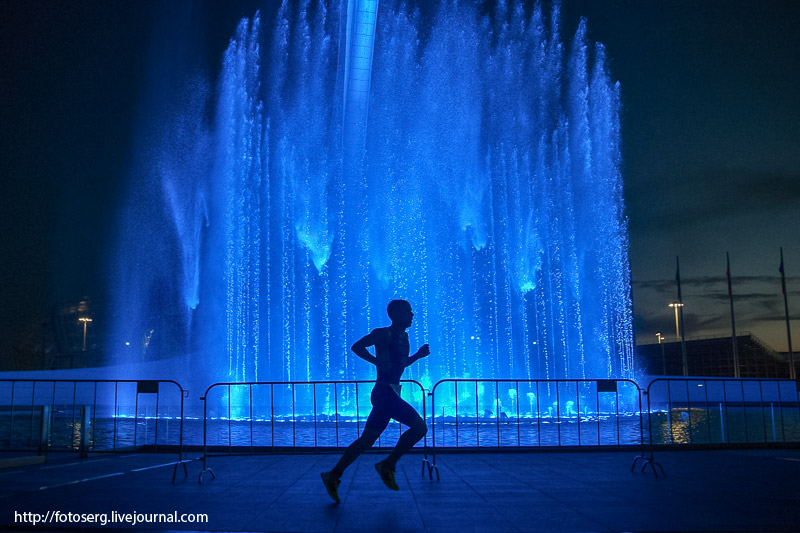 The competitions will start on the last weekend of September in the Olympic Park. The swim will be held in the warm Black Sea (in the Yachting Marin at Imeretinskiy). The weekend will feature not only the Elite Race but also and Age Group Open race and  an open All-Russian competition, the IRONSTAR 113 SOCHI (1.9 km. swimming + 90 km. bike + 21.1 run). Athletes and visitors will be able to enjoy not only the race but also entertainment, an exhibition and a research and practical conference.

See you in Sochi!

Thanks to “fotoserg.livejournal” and the Russian Triathlon Federation for the photos 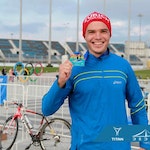 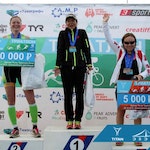 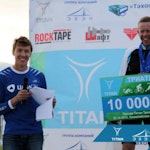 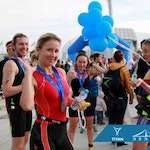 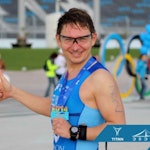 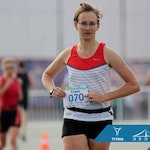 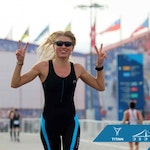 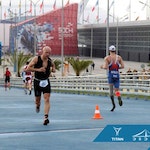 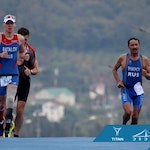 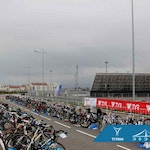 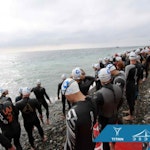 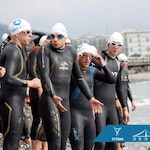