With most of the triathlon community focused on Dusseldorf this weekend, where the ETU Sprint Triathlon Championships are taking place, there is a busy corner of Slovenia where a super-fast, Super-Sprint event took place this morning. With athletes from over 20 nations, including visitors from Australia, New Zealand and USA, the backdrop was the stunning beauty of Lake Bled. 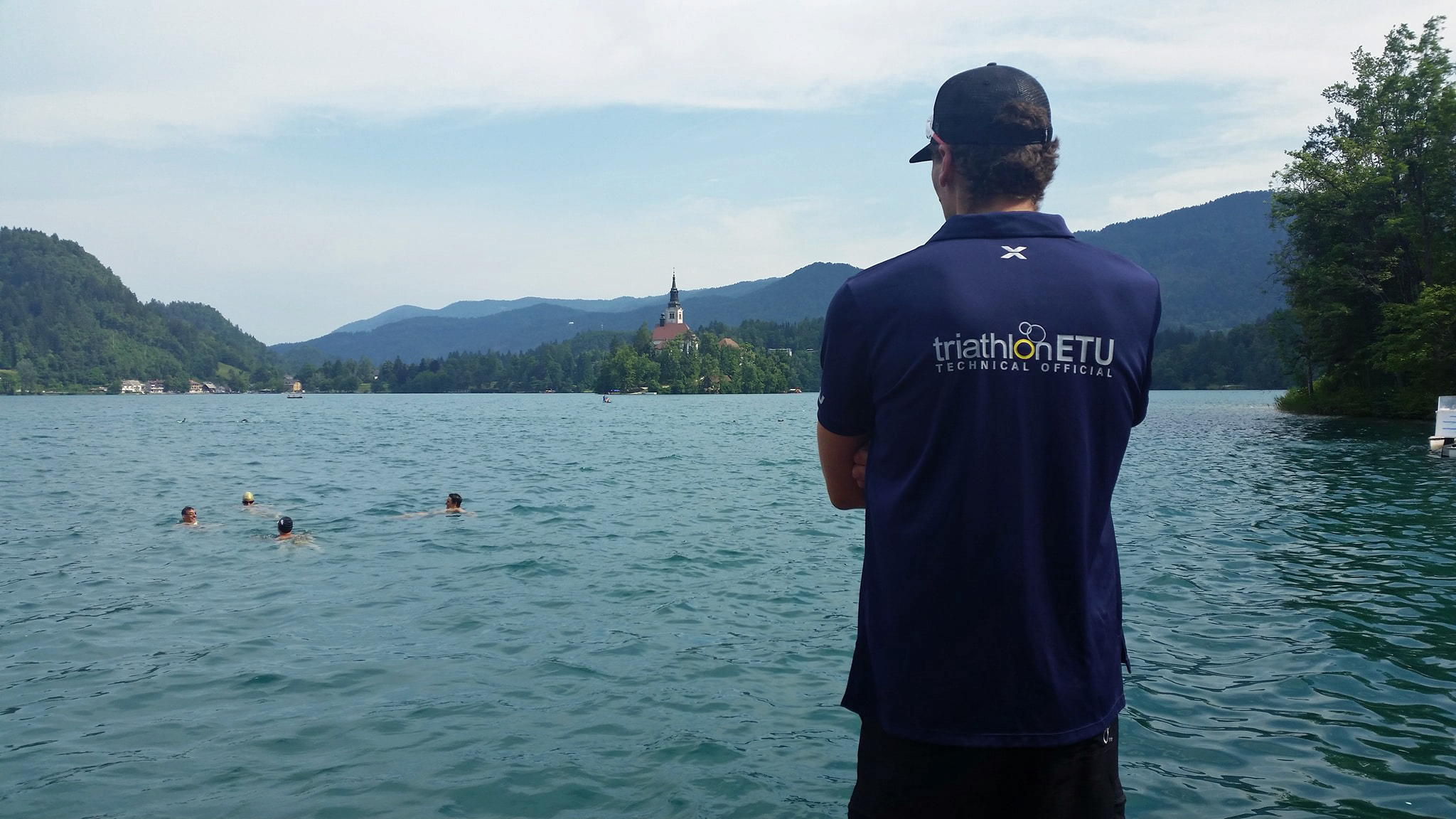 Blejsko jezero, as it is known locally, is truly beautiful. From the castle, the oldest in Slovenia, high above the lake and out towards the pilgrimage church perched on Blejski otok the views were just amazing and it was here that the junior women and men were to race the short, fast- technically challenging supersprint of 400m / 13k and 3.33k. 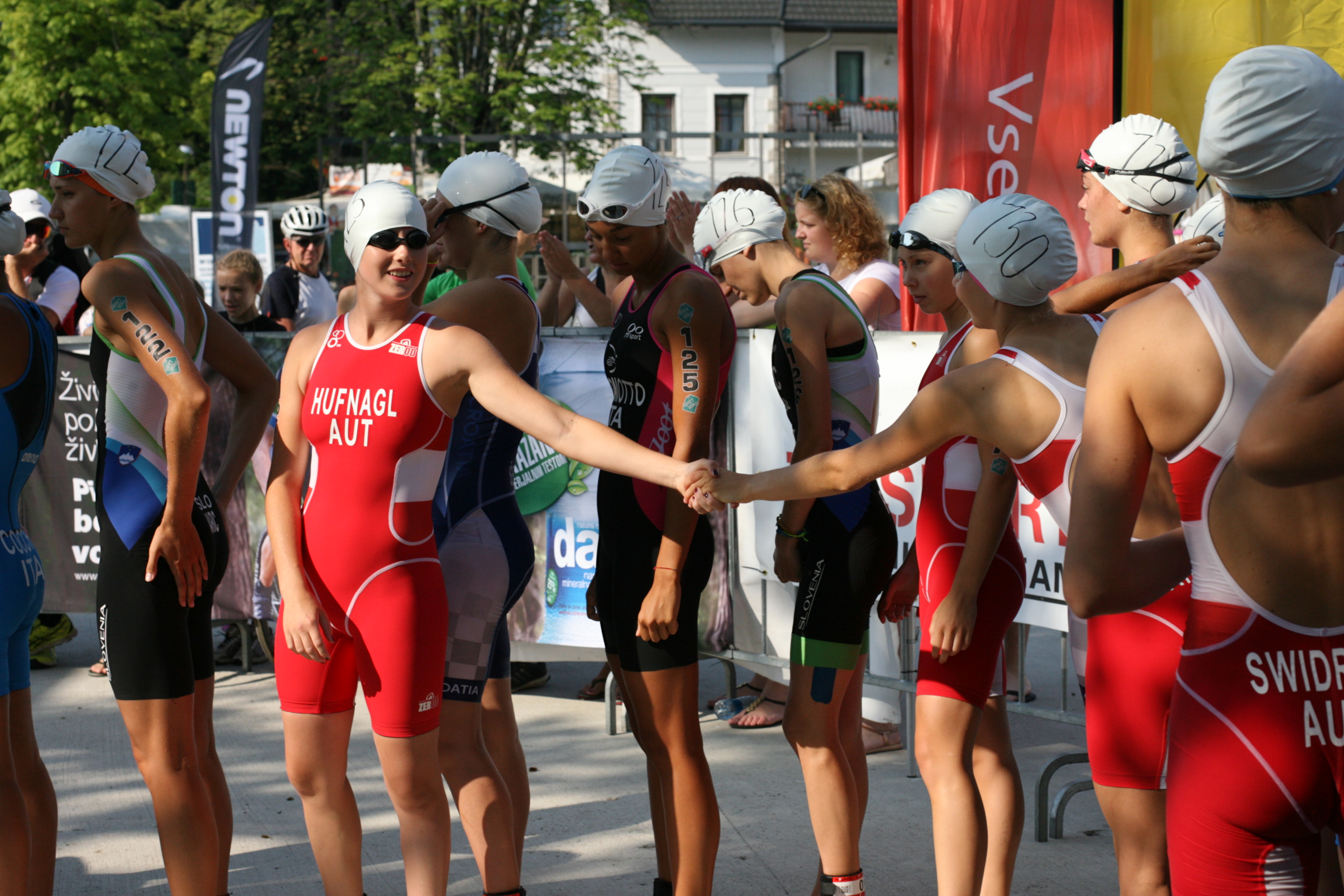 The women started first with the distinctive “heartbeats” echoing around the lake. Early race leaders out of the water were soon caught out on the two-lap bike and with some very young athletes taking extra care on the chicane close to the dismount line. A couple of crashes changed the order of the athletes and that left just the very short out and back, one-lap run to decide who would take the medals.

Race favourites had been Pia Totschnig AUT, who placed second here last year and Italy’s Carlotta Missaglia who won in Melilla last year. Sure enough the incredibly fast Totschnig was working her way up to the podium after a disappointing bike ride. Missaglia had placed well on the bike and looked certain to win, but the pace of the Austrian behind her kept everyone waiting and wondering, could she do it? 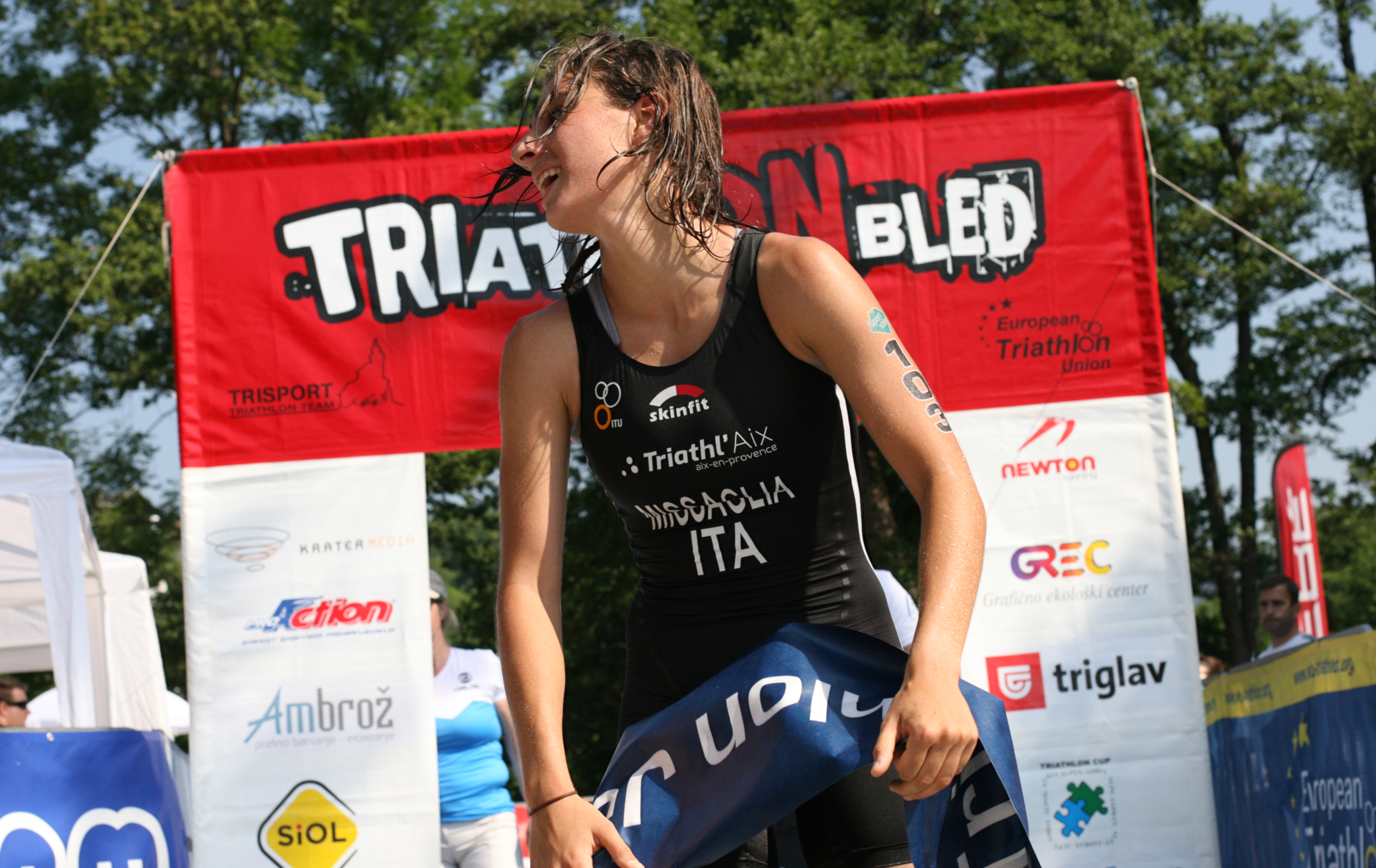 The cheers went up from the many Italian team supporters that lined the lake-side run course. Ever a popular destination for Italians, even the tourists who were out walking were drawn to the run course to cheer on Missaglia as she raced to the line and took gold ahead of the Austrian. For Switzerland, it was Nora Gmür who took bronze with her powerful riding. 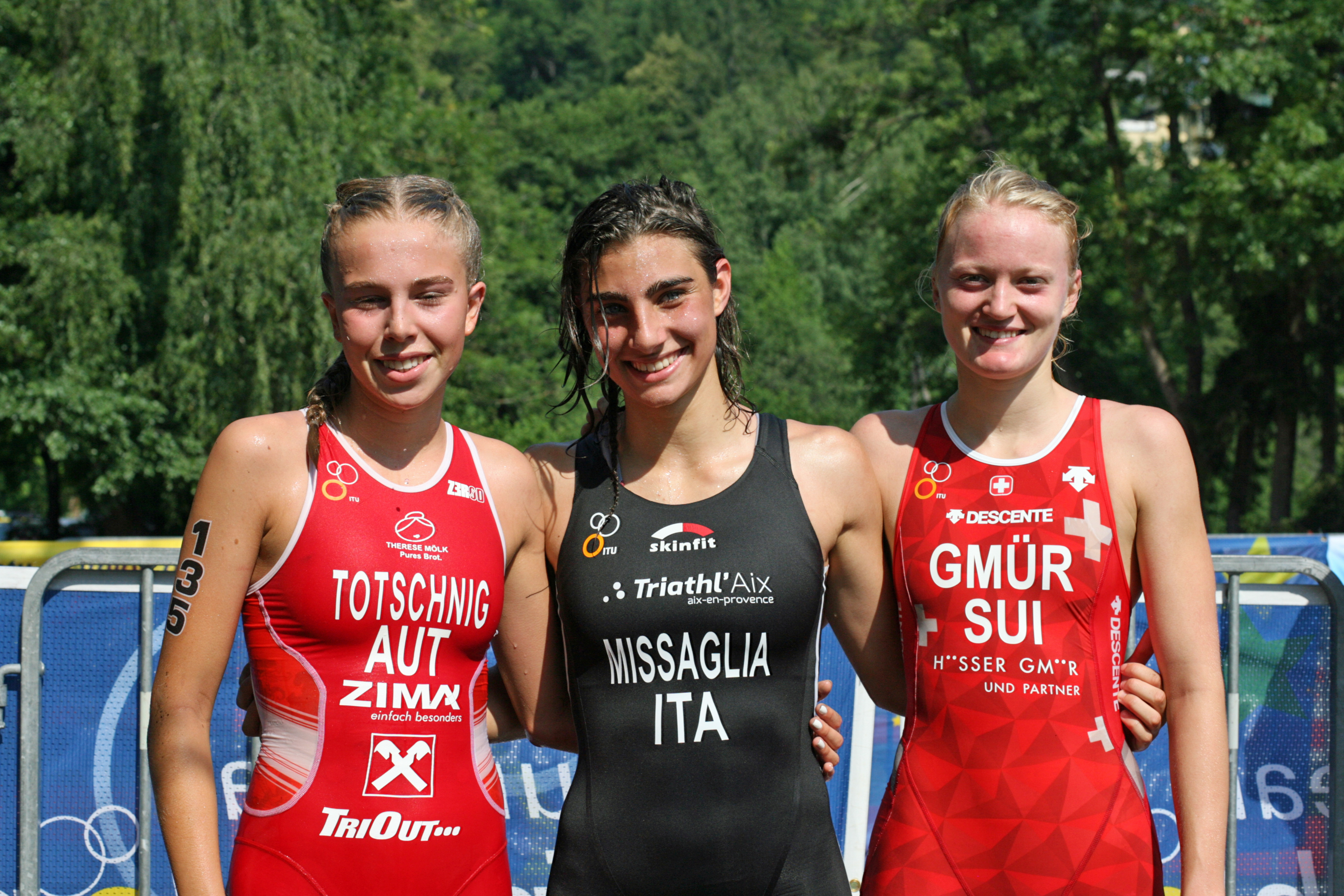 Almost immediately, it was time for the Junior Men to race and this would be with guest athletes from the USA, New Zealand and Australia. A crash out on the bike course ended any hope for a medal for Callum McClusky AUS. After the race, his teammate, Liam Sproule, was driven to the hospital to join him, while they patched up his minor road rash. They are both planning to race in Holten and ETU would like to wish McCLusky a speedy and complete recovery and all the best of luck in Holten. 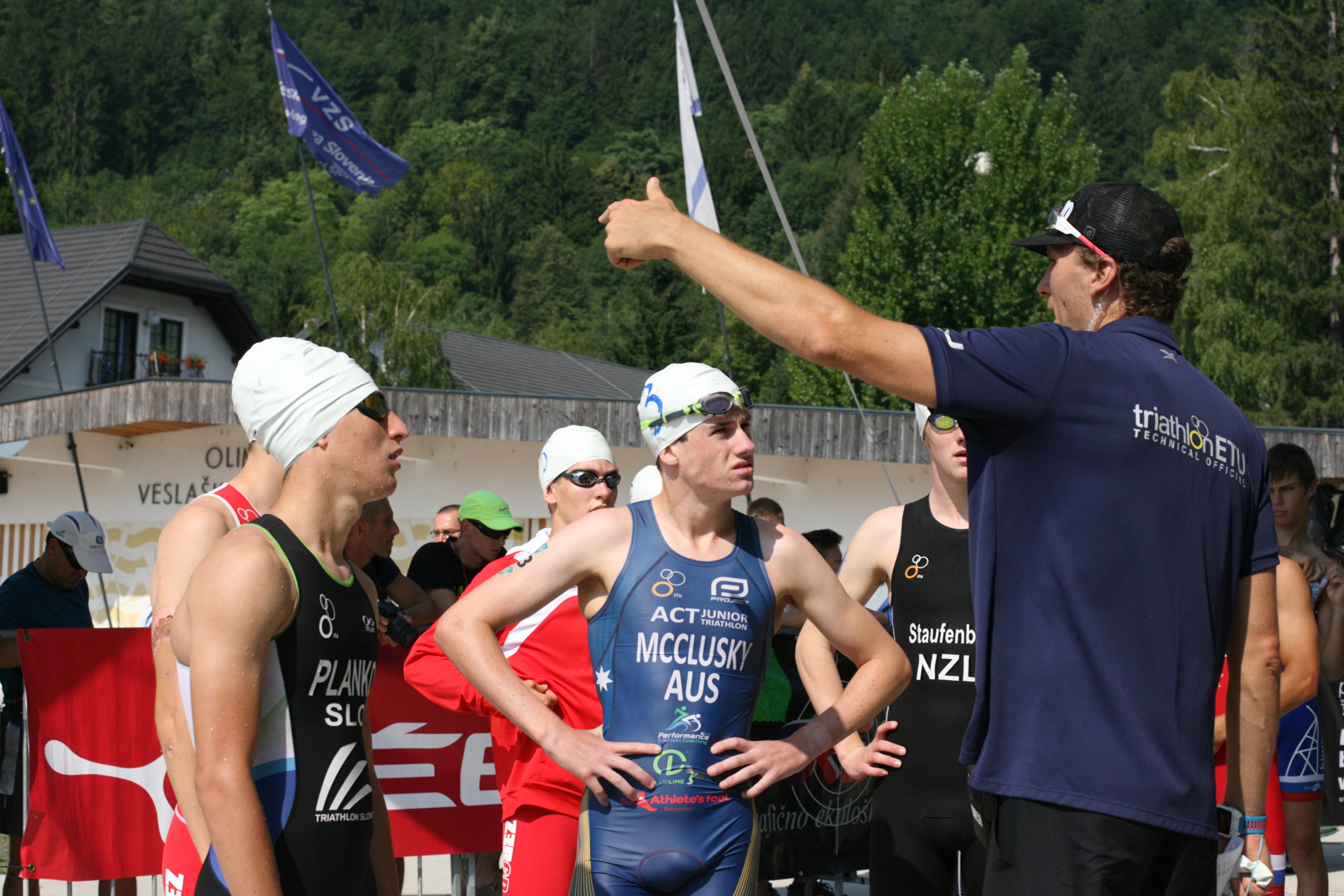 The favourite for this race, was local hero, Matevž Planko. His silver here last year was followed up with an impressive bronze at the Soria ETU Duathlon Championships and so we all knew that this young man would ride and run hard. 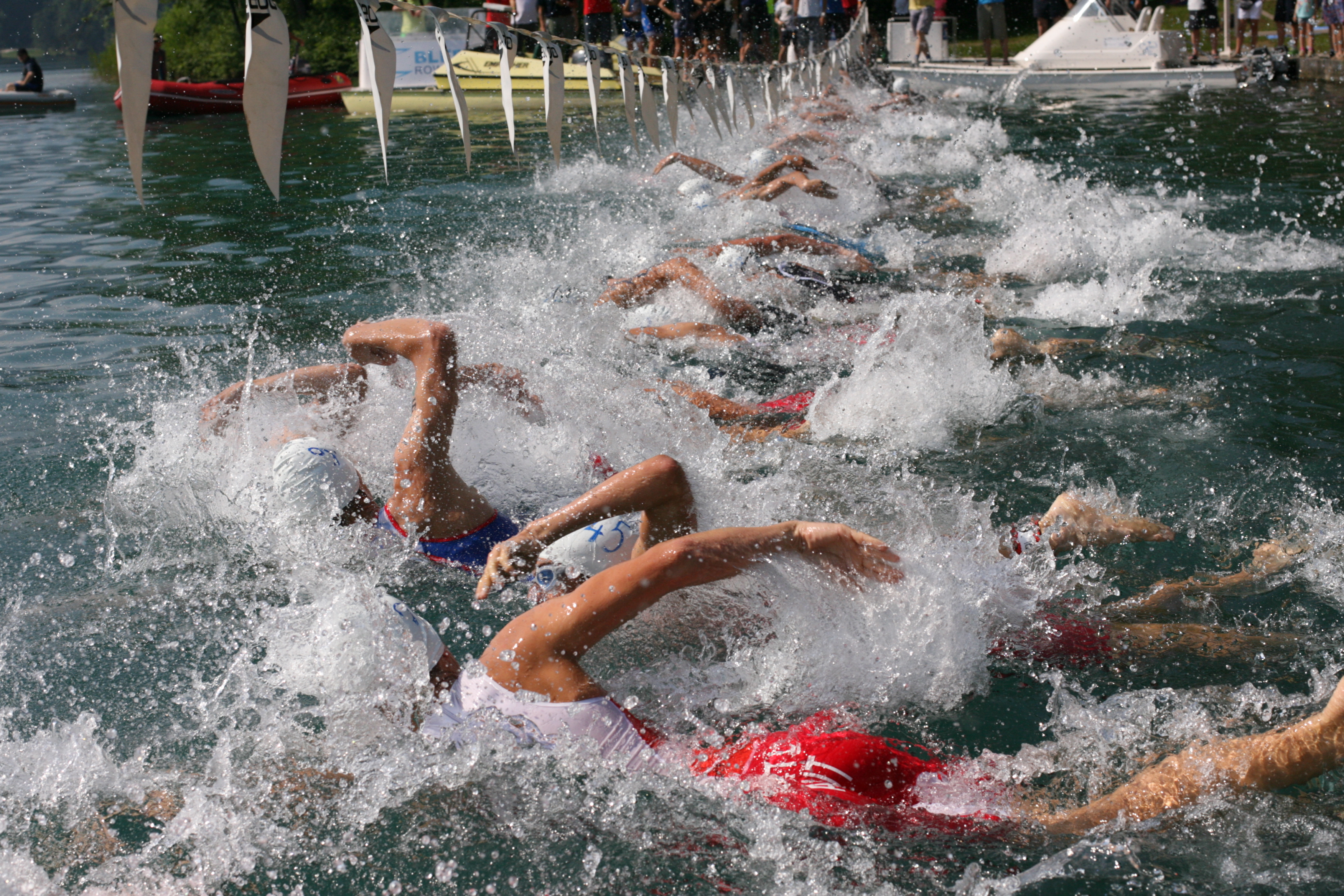 The rest of the competitors knew it and could only sit back and watch as he delivered a masterclass in super-sprint racing. He was in the first group out of the water. 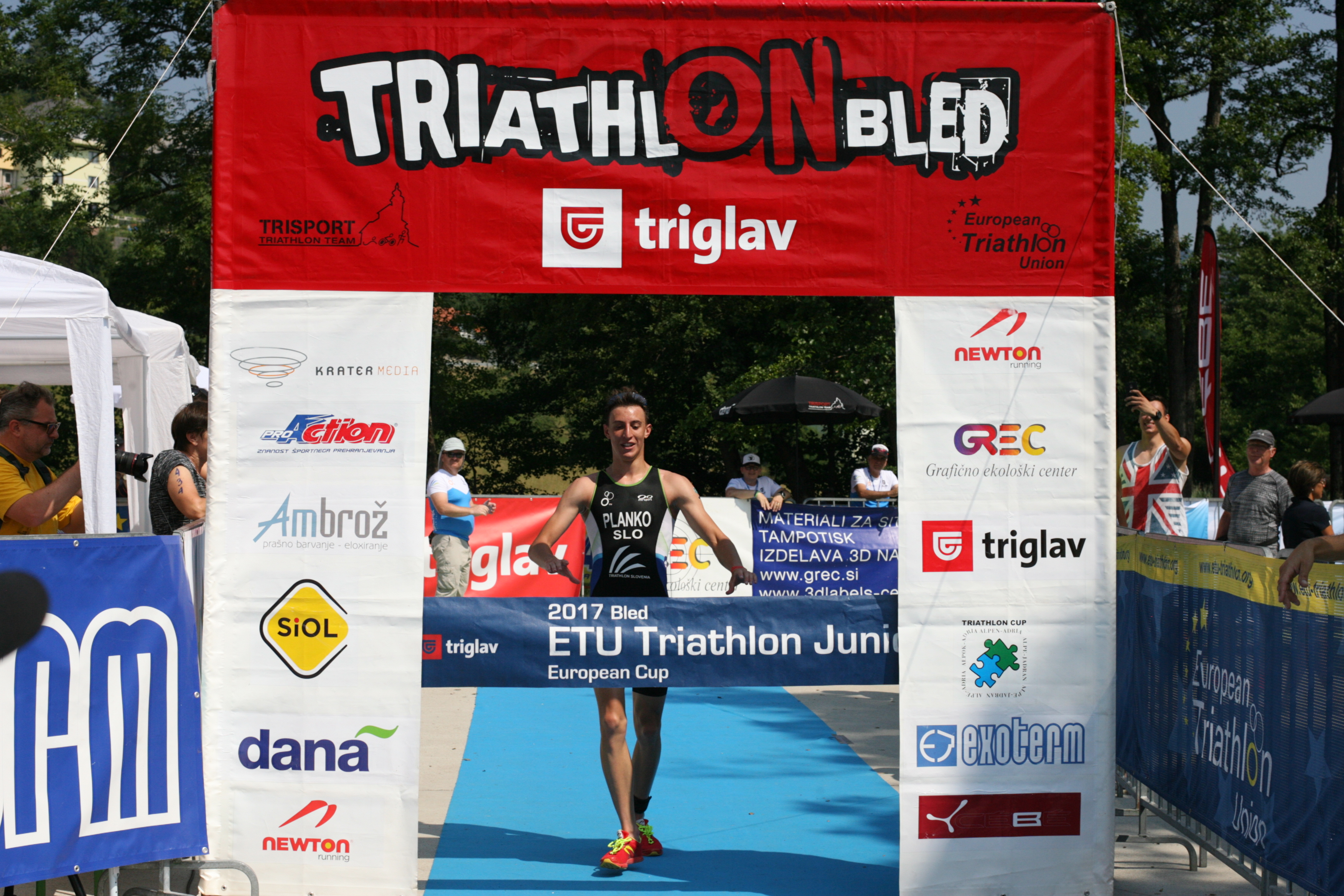 He led the bike and had a clear run to gold. The cheers along the course and around the tight and compact finish area were deafening. Home gold – it would not be better.

Behind him, Philip Pertl AUT, was making up for his 15th place last weekend in Kitzbühel and came home for silver and it was a surprise for everybody when Federico Zamò ITA made his way up to bronze. A great final run that was faster than the winner. Time now for him to be awarded a full Italian Federation race uniform indeed. 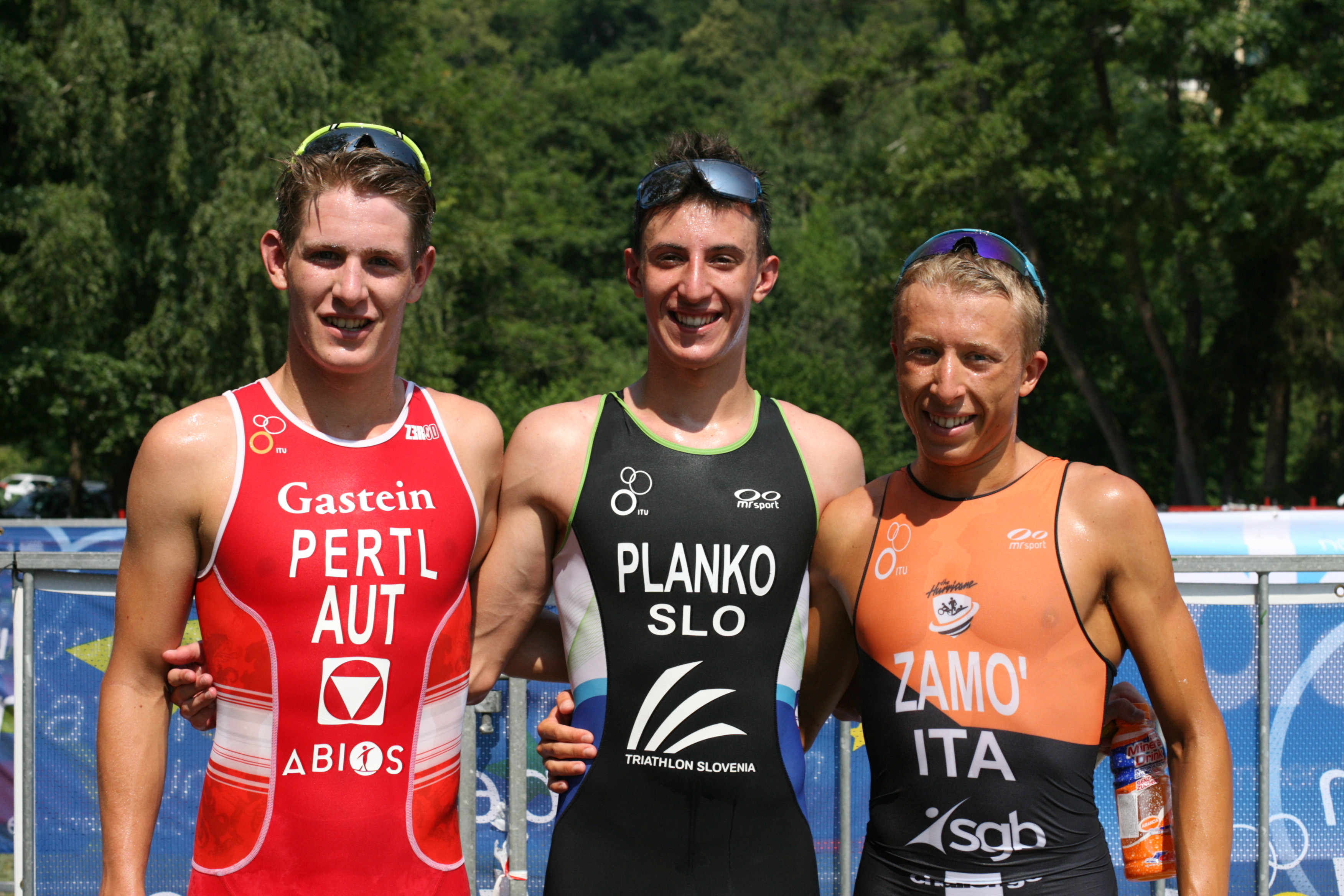 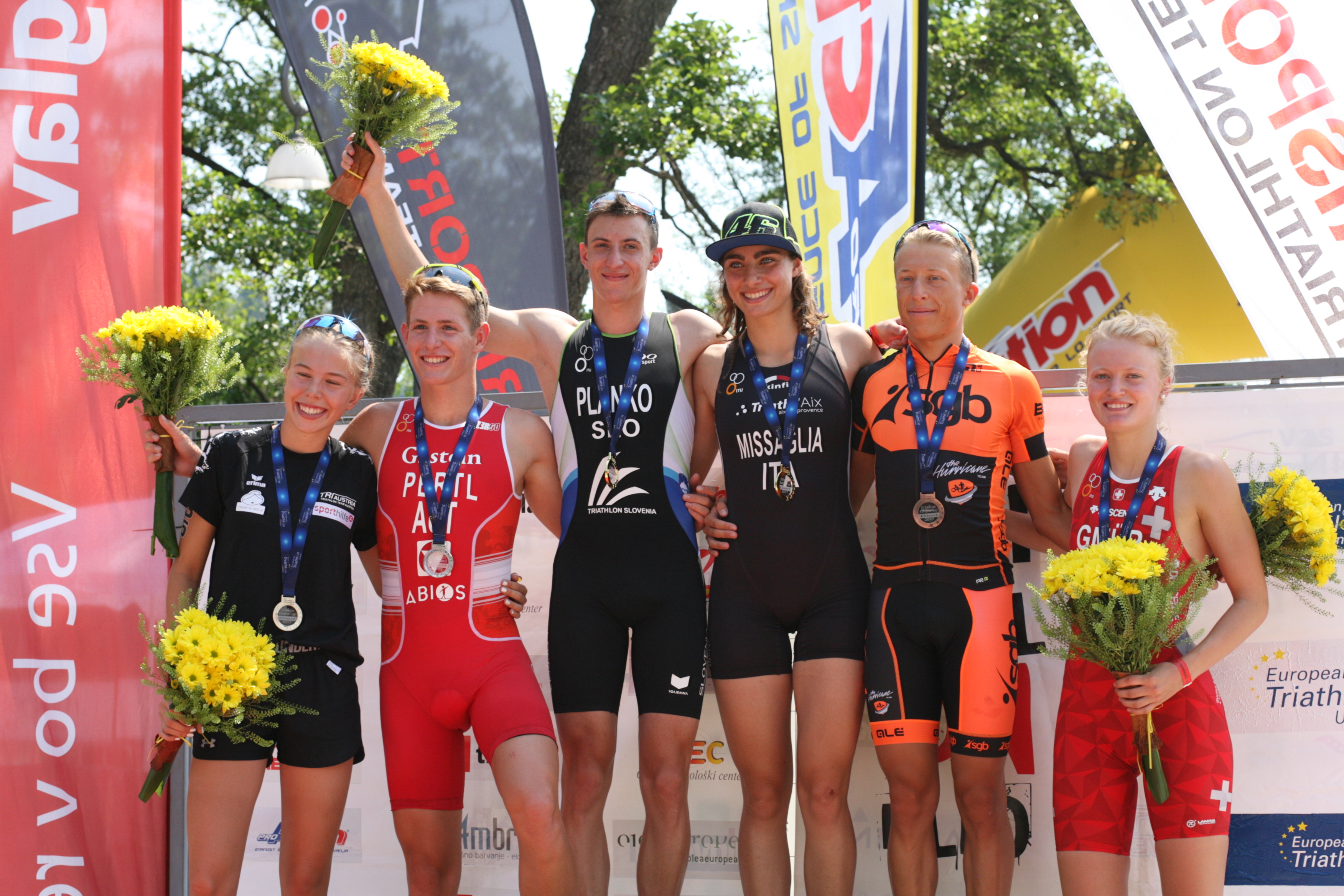