The ETU Middle-Distance Triathlon Championships was nearly washed out as the island of Ibiza was struck by freak weather conditions. 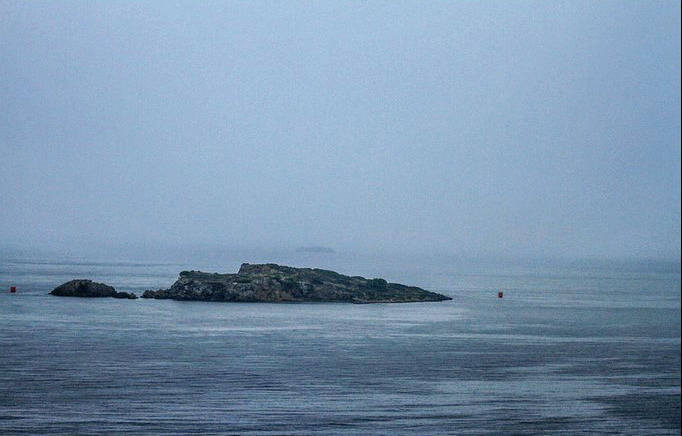 Biblical rainfall delayed the start by some 90 minutes but despite the adverse weather, the race went ahead but the Technical Team, working closely with the organisers were able to change the bike course, inform the athletes and rescue the event enough for it to still be a triathlon, although a 46k bike sandwiched between a 1900m swim and a 21.2k run is not what anyone had hoped for. 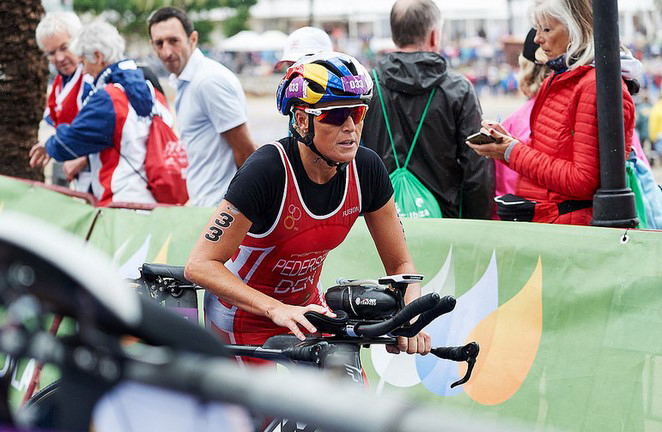 The swim was led by Denmark’s Camilla Pedersen. As defending champion, she would be hoping to make her mark on the race early on and then just keep up the pressure. On her toes was Russian, Olga Dmitrieva. The pair were comfortably ahead of the chasing athletes but Pedersen crashed and called it a day in T2; the risk of concussion too great to take, she made the right call. 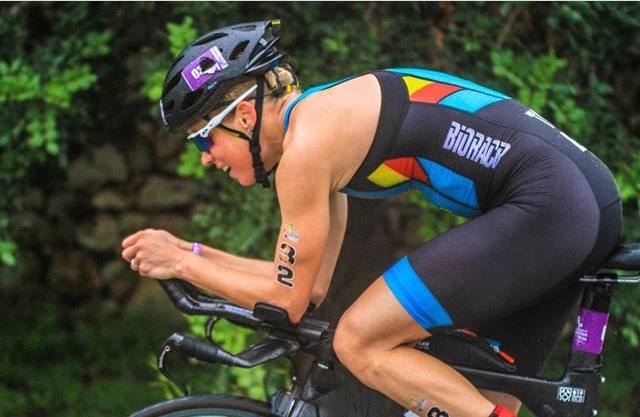 Dmitrieva was caught by the faster bikers amongst whom was Alexandra Tondeur runner up in the ETU Challenge Madrid Long Distance championships. The Belgian’s power was impressive and with sensible, safe but determined riding, she was soon threatening the leader. 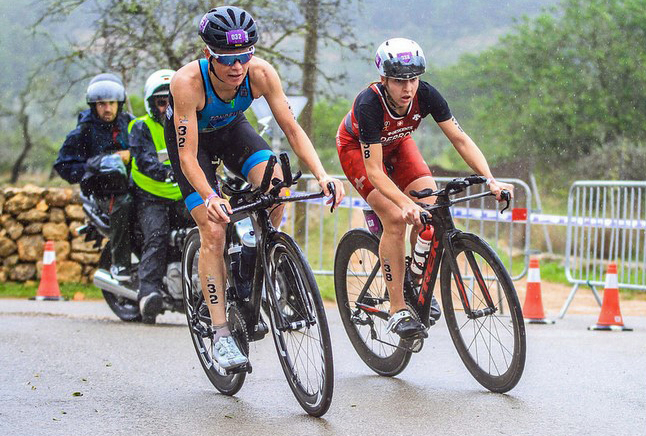 With Switzerland’s Nina Derron and the two British athletes, Alice Hector and Sarah Lewis it was now game on. 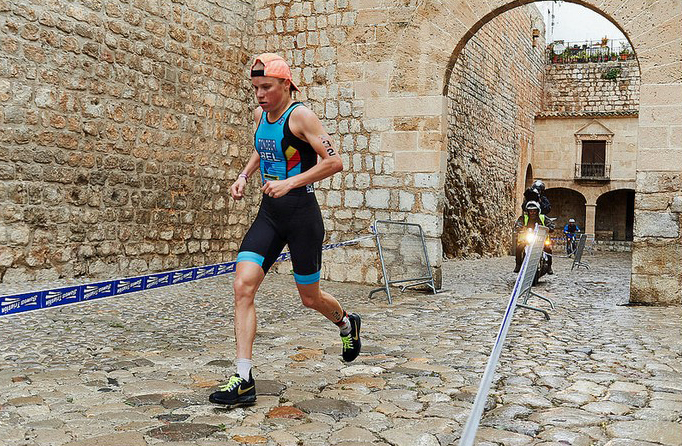 T2 over and Tondeur set about the half marathon. Soon enough she had taken the lead from Derron and, still pushing was able to build her lead over the Swiss athlete and GBR’s Hector, who has a tremendous background in ultra-running. Any idea that it would be Belgium, Switzerland, Great Britain was soon corrected by the powerful running of both Hector and then Lewis who ensured that Derron was pushed off the podium.

It was Lewis who claimed silver ahead of Hector but the race may well be remembered by Hector for an entirely different reason. For the final medal celebrations, she was joined on stage by a very enthusiastic parrot for what was one of the most unlikely podium photos.

For Tondeur, “Thank you… it’s becoming a habit, you’re just… awesome. To all of you, to my parents, to the people I love and to whom I never tell, to my athletes, to my partners and sponsors and also and especially to my team Rise Shine Tri you brought me the children!” She had a special message for “the little wolves of Sans Collier ASBL . .. we come back with gold but especially a little money for your comfort.”

The men’s race was largely without parrots but with the defending champion absent, it would be an exciting race between the 2016 & 2014 ETU champion, Italy’s Giulio Molinari and Denmark’s Miki Taagholt who came to the race with a season of sprint and standard races under his belt and found he would be treated to a shortened bike course.

The swim gave the Dane an immediate advantage over Molinari who then lost time in T1. Taagholt soon left Thomas Davis GBR behind on the bike but could not prevent the powerful Italian from using the bike segment to claw back the advantage. 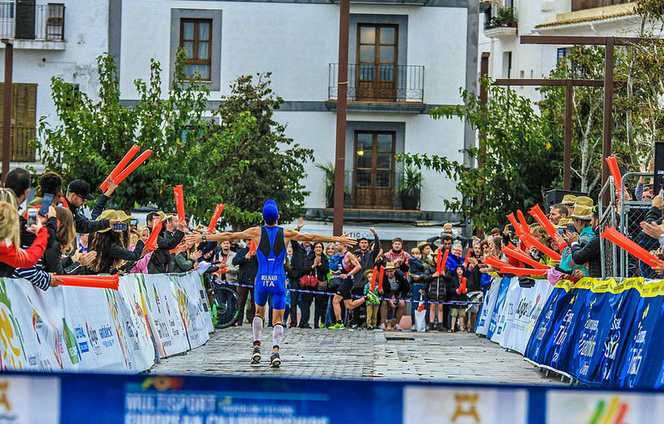 Molinari timed the attack perfectly and was able to set out onto the half marathon with a lead that should be just enough to hold off the faster runners. His final 1:17:21 was by no means the fastest. That “win” was for the Spaniard, Alberto Moreno Molins, who scorched around the course to clock 1:12:09. With a 2:28 marathon this year, his run pace was always going to be a threat to the leaders and had the bike been longer, his bronze might well have been upgraded.

Molinari claimed the title, Moreno won bronze and it was Taagholt who was just able to hold the pace to claim silver.

For Molinari, a well-deserved rest awaits him, “I became European champion for the third time. Wind, rain and shortened bike course. I pushed hard on the bike then I ran a solid half marathon. It’s amazing, I’m super happy. Now it’s off-season time.” 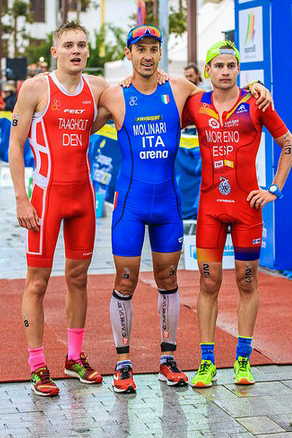 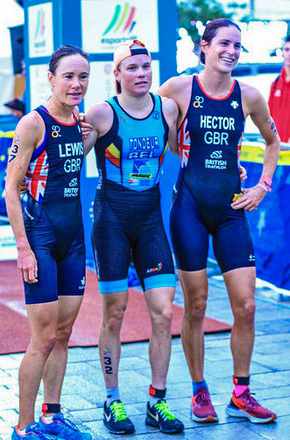 It was at the medal ceremony that the parrot made his appearance.

In the PTS2 category, it was gold to Russia’s Vladimir Ryabokon. It looked like his championship attempt was over before he even flew to Ibiza, following a car crash on the way to the airport in Yekaterinburg. 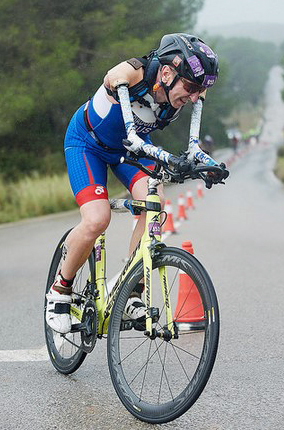 He and his wife missed the flight but his friends and supporters did everything they could to get new tickets sorted and made it possible for him to race. Having lost both arms some 30 years ago, he faces more challenges than many can comprehend but has competed in track and field as well as triathlon. The final run found him struggling with sand and grit in his shoes after the heavy rains but he came, he raced, he conquered and took home gold. 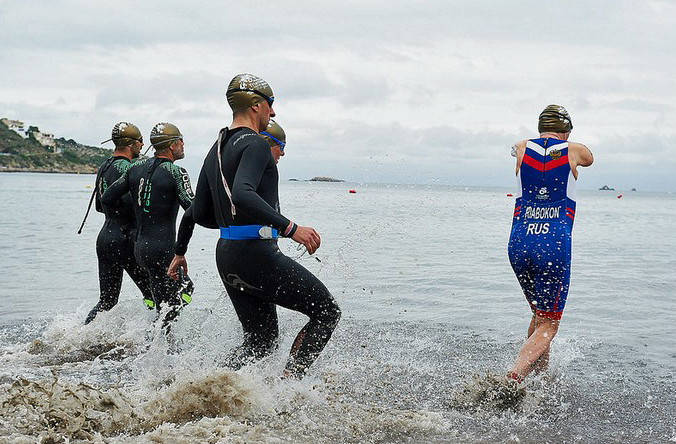 In the PTVI Category, it was gold to Spain and silver to Italy as Gaspar Vañó Pérez took back the lead after the swim and pushed hard on the run to outpace the defending champion Alberto Ceriani.

Thanks to Marc Melchior for the images with the parrot and to the Event Organisers for the race pics. You can see their album here.