Get ready for some Indoor action in the Lievin European Cup 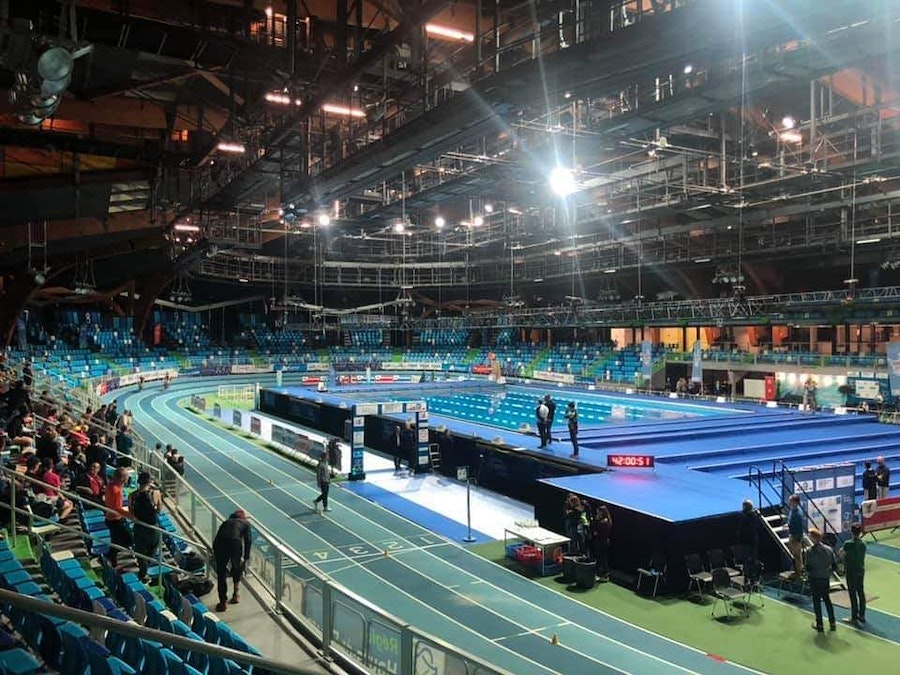 While athletes are travelling to the southern hemisphere to get some warm temperatures for training and competing, the city of Lievin, in France, is bringing a brand new opportunity for those who want to experiment with a thrilling and exciting new format: the Indoor Triathlon European Cup.

On March 2, the legendary Lievin Arena will welcome athletes from all over the world for the first European Cup in history of indoor Triathlon. Athletes will compete in an amazing 4500 seats arena with all three legs of the races taking place inside. In the 25-meter-long, 15-meter-wide swimming pool, athletes will compete in legs of 12 competitors each doing a 150m swim, to then move on to a 3 km bike leg in the track, in the same arena that has witnessed a great number of world records in the past.

For the final leg, athletes will go for a 800m run between the swimming pool and the bike course, to then cross the finish line under the direct eye of thousands of cheering spectators, accompanied by live entertainment during the whole day of races.

The competition will take place in the form of a tournament with qualifications, repechages, 1/2 finals, and finals. Each heat will have 12 competitors, with all athletes competing in at least two heats, and a maximum of four. And if you can not travel to France to enjoy the magic and thrilling atmosphere live, you can watch all the races LIVE and for free on www.triathlonlive.tv.