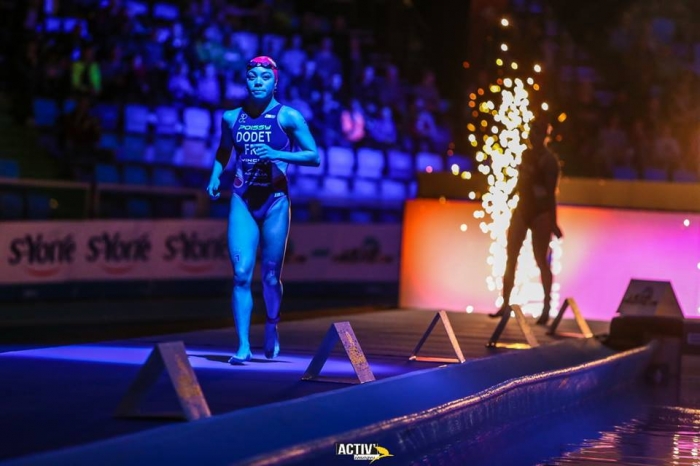 The 2019 ETU Liévin Indoor Triathlon European Cup was a massive success and easily one of the visually most thrilling events of the year. Aside from the ETU European Cup that gave athletes an early chance of collecting valuable ranking points, the event was opened up to athletes of all ages and abilities. A total of 2,800 start numbers were allocated and, between each race the many spectators were entertained with live acts, music and interviews. 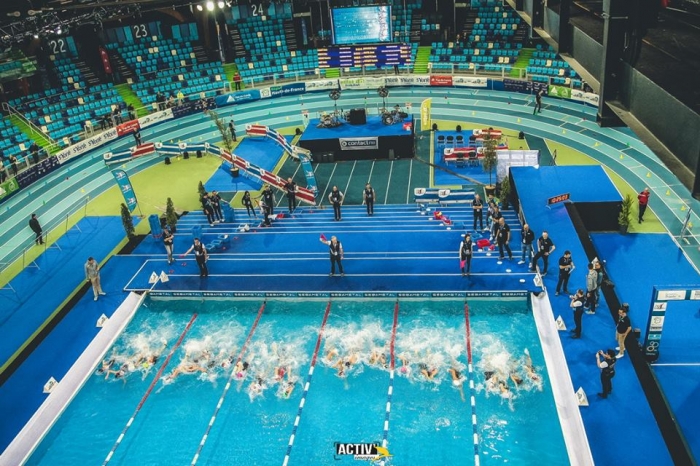 The centre-piece of the stadium was the specially-constructed pool, around which the athletes cycled and ran; many choosing to run the final segment without shoes in order to save valuable seconds in the final transition from bike to run.

With qualifying races, repêchage and then the A and B Finals, each athlete had to find the best way to recover from their burst of excitement that pushed them into the red for just over ten minutes for the men and less than 12 minutes for the female podium athletes.

Click here to see the report from last year.

The event was a hit with the athletes and with everyone who worked at the event and when we hear from Renato Bertrandi, ETU President, “When the concept was presented to ETU I immediately thought back to the spectacular races in Bordeaux in 1993 and Bercy in 1994. This event, this presentation, this spectacular delivery from Liévin gave us not only a thrilling early-season start to the ETU Cup season but a format for the future. Well done. We want to see this event stay on the calendar.” and from Marisol Casado, ITU President and IOC Member, “So proud of being part of such an incredible and innovative team! Amazing and thrilling event the Liévin Indoor European Cup!” then we know that early-season, fast and furious, indoor-triathlon is here to stay.

Enough of the writing. Let’s hear from the one athlete who, despite having blown himself inside out still had enough breath to tell the world what a great event it was.

Ladies and Gentlemen, I present you, from the Netherlands and winner of the Men’s B Final, Youri Keulen.

Click the photo of Youri for the video (and turn up the sound!). Photo:3athlon.nl

For a full album of photos, please click here.

This year’s event will be broadcast live on TV and there are still a few places available, so make sure you get your application in on time.