This year it is a European Junior Cup to close the circle of all the many different events organised. The lake of Banyoles represents the principal identity of the town of Banyoles, and  its associated lacustrine basin are regarded as the largest karstic stretch on the Iberian Peninsula, and make up an environmental system of enormous value. Located to the West of the town itself, it was declared part of the Plan for Spaces of National Interest (Pla d’Espais d’Interès Nacional, PEIN) by the Catalonia Generalitat. In 2003, it was included in the Ramsar List of Wetlands of International Importance, and has been put forward for inclusion in the Natura 2000 Network for the Mediterranean area. In addition, the Banyoles Town Council, as well as the local population, are petitioning for it to be declared a Nature Reserve.
Banyoles is a traditional training center for many rowing and kajak teams, as well as for triathlon.


The venue of the European Banyoles Junior is located in front of the Lake of  Banyoles as in the map below. 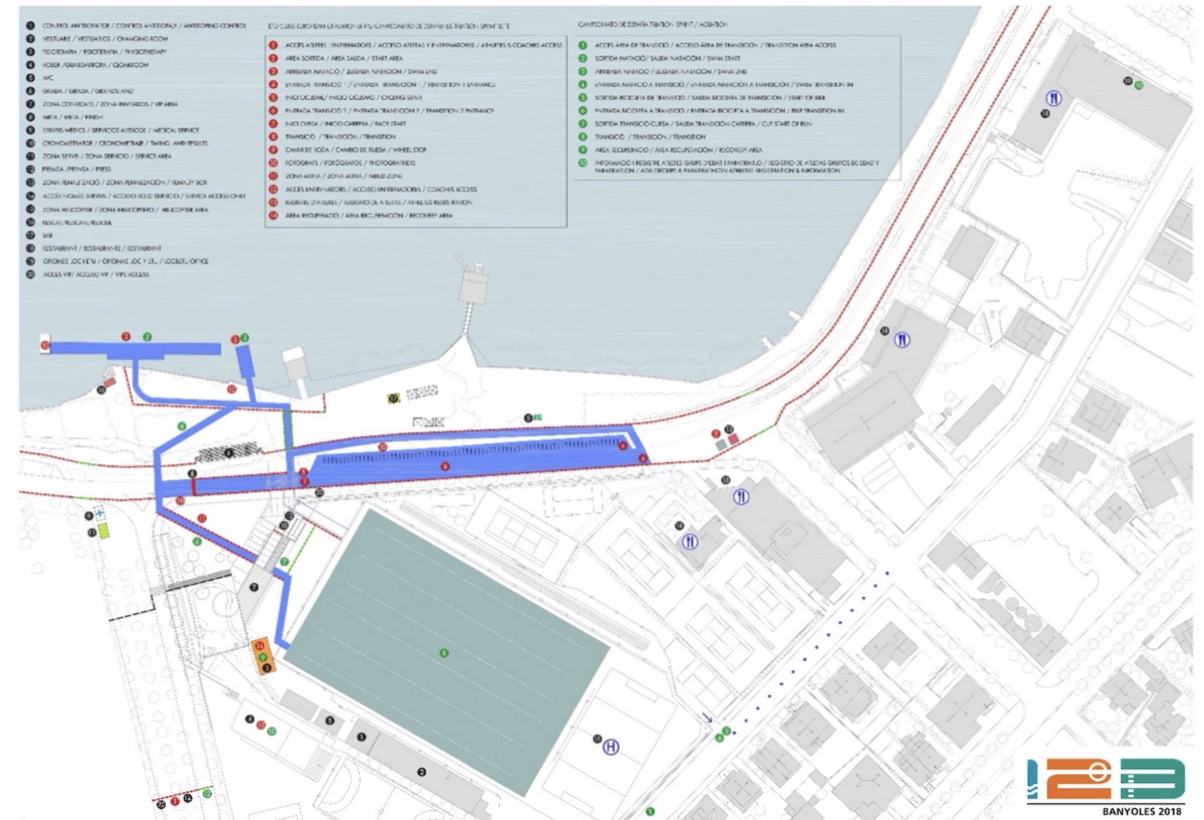 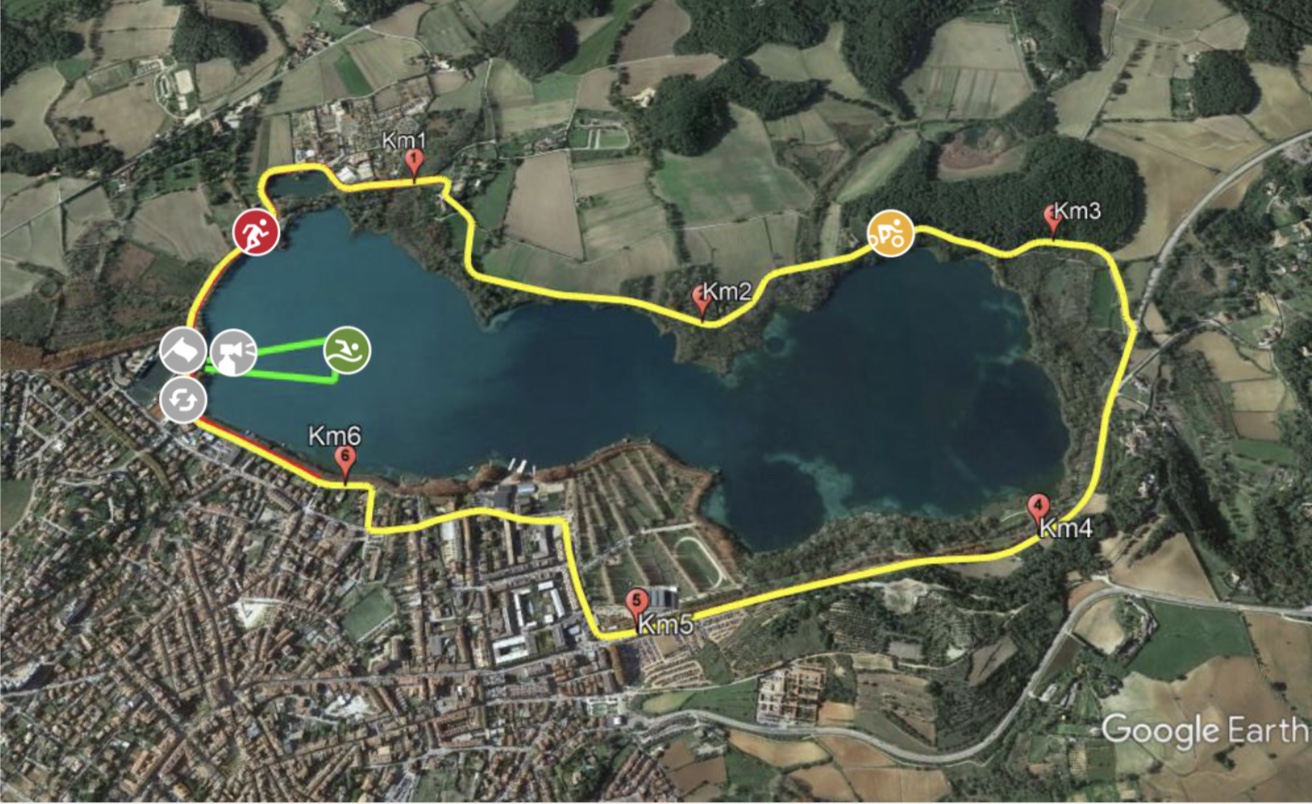 SWIM
The Swim start will be a beach start with a 60m pontoon long area and each athlete will stand in a starting position approximately every 1,5m. It is a 1 lap  clockwise course. The average water temperature at this time of the year is approximately 22 degrees. Wetsuit should not be expected. 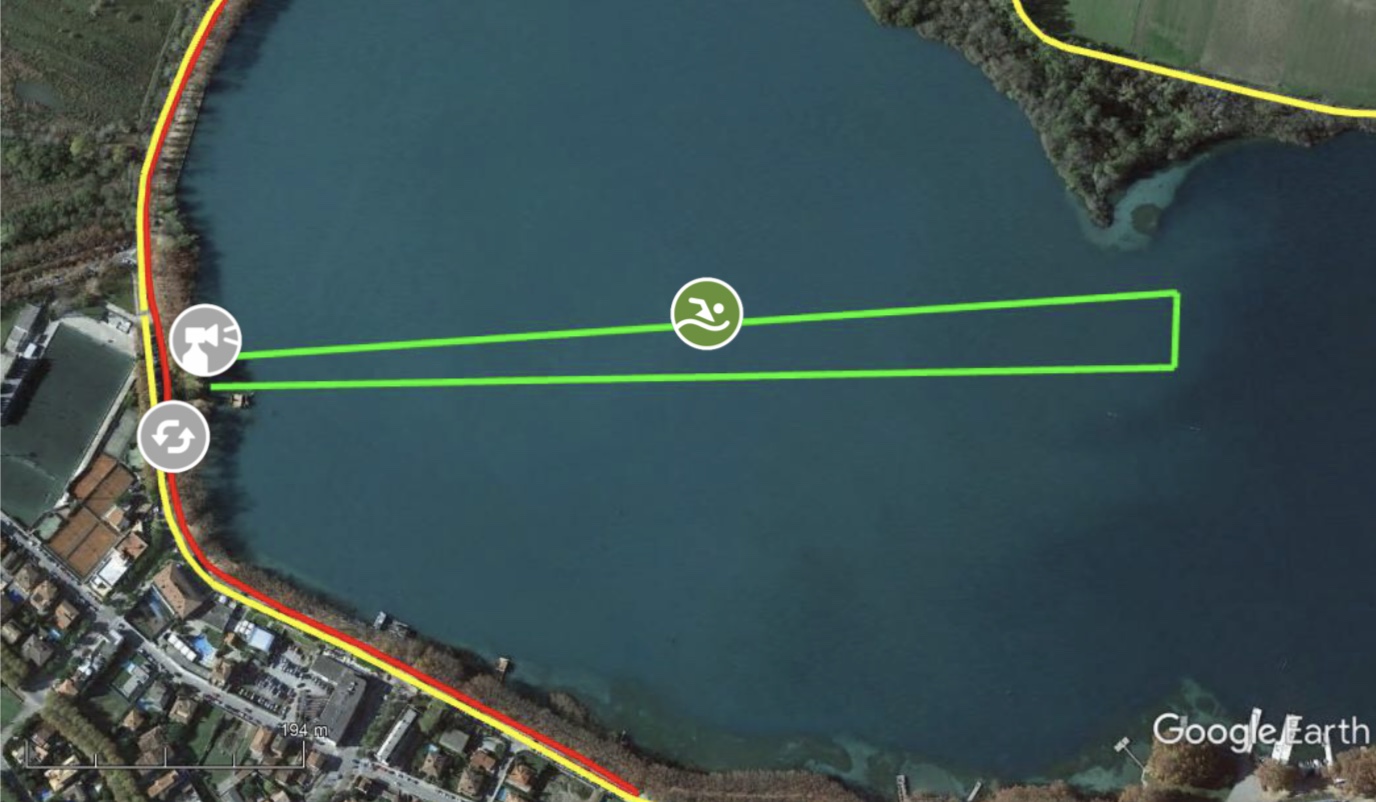 BIKE
The bike course is 19,8k (3 laps of 6,6k) every lap passing through the main venue. On exiting the race village, riders will go around the lake. On their way back they will head to Transition. 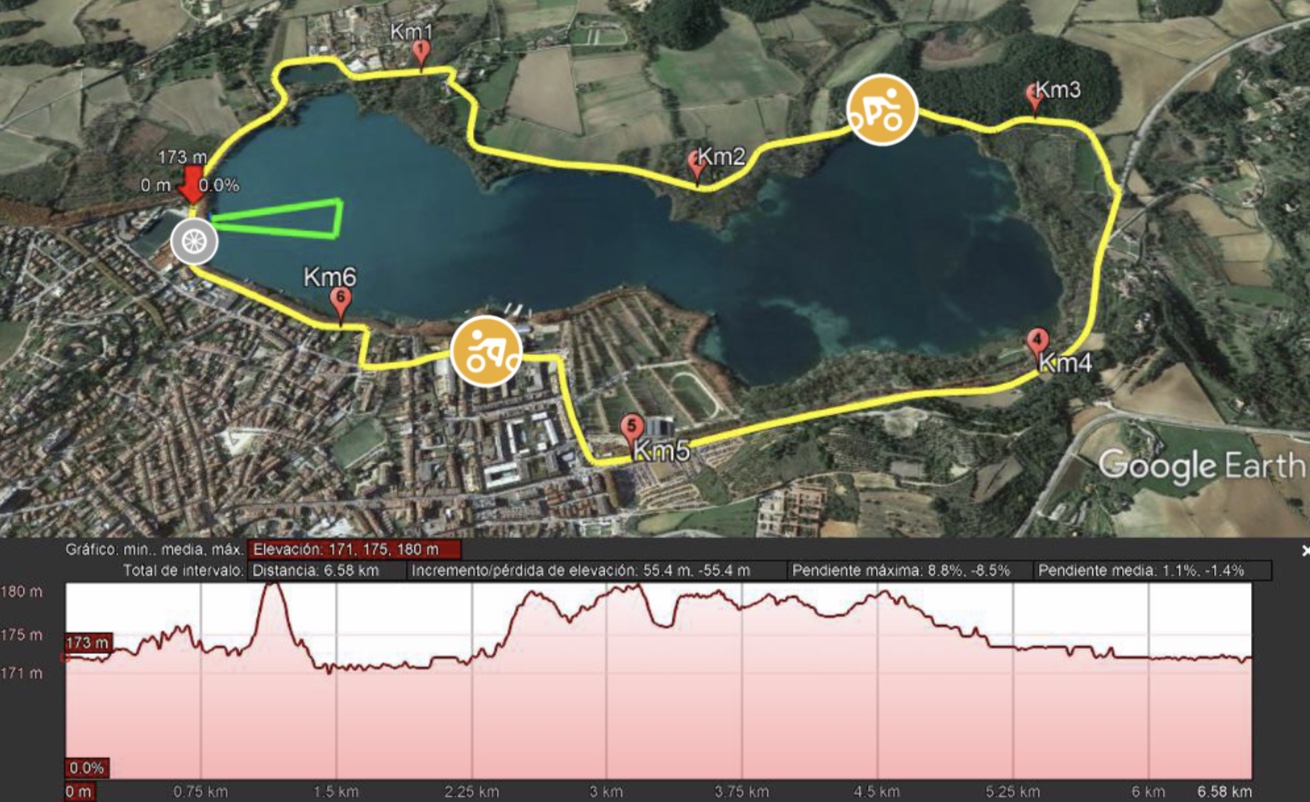 RUN
The run is a paved 5k course (2 laps) with 2 aid station along the run that will allow the athletes to have the opportunity to take water 2 times per lap. 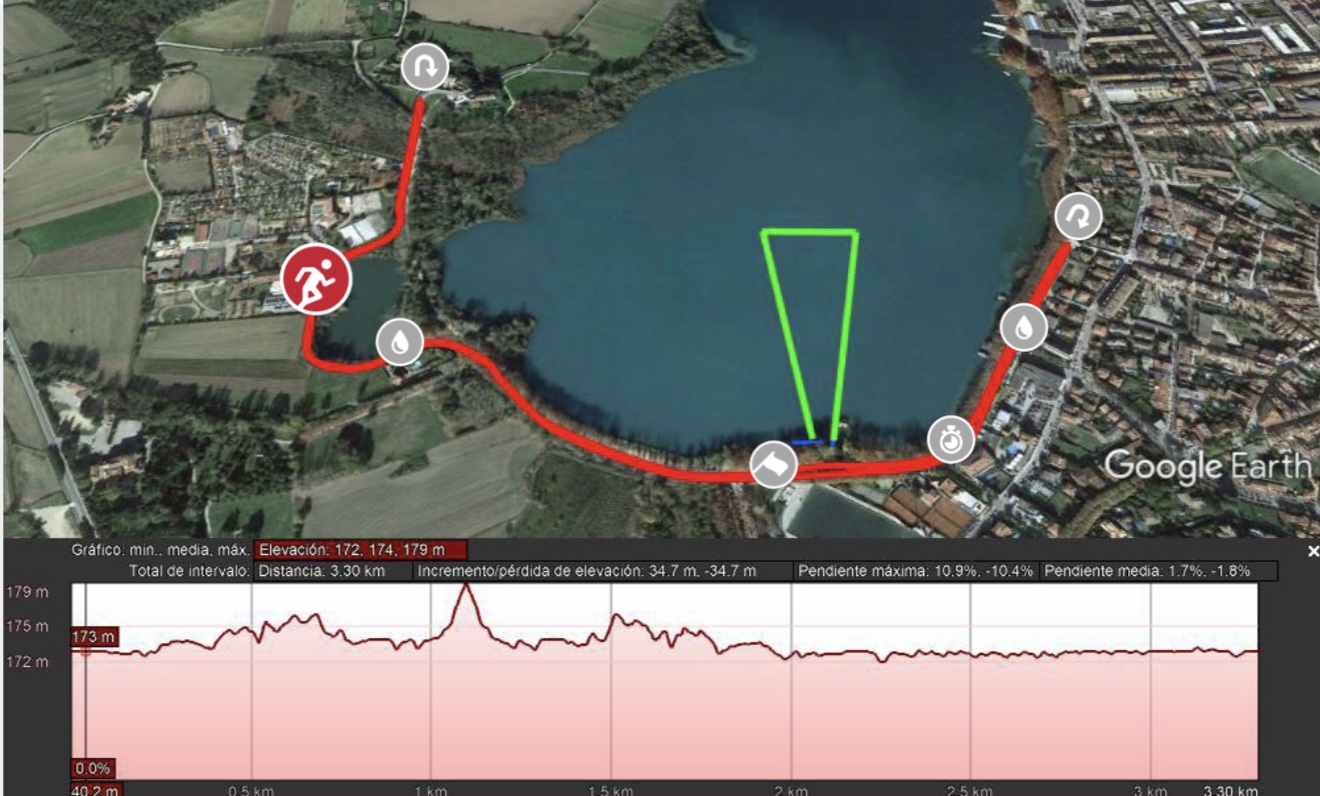 In the Junior Men a great field of athletes is lined up with big names contending a European medal. The Spaniard are here in home race not to let everyone step on the podium as are deploying such strong athletes as Esteban Basanta Fouz Aquathlon European Champion and bronze in Silver Lake, Igor Bellido gold last weekend in Silver Lake, winner in Wels and bronze at European Aquathlon Championships in Walchsee, Andrés Prieto Villar bronze in Riga, Joan Reixach Abril silver at European Aquathlon Championships and David Canterò Del Campo winner in Riga. To fight for glory also Alexandre Montez (POR) bronze in Kitzbühel, Rodrigo Probert González (MEX) bronze in Račice, Loris Lala (FRA) bronze in Wels, Miguel Espuna (ITA) bronze in Caorle. Also Team Canada, Mexico, Chile, PueronRico is here to enjoy a great day of action hoping to gain the fight to the podium. We will see!
In the Junior Women Team Canada with Maïra Carreau, Noemie Beaulieu and Maria Couture with Team Italy with Myral Greco, Paola Sacchi, Angelica Prestia and Giada Stegani will have to do a great job to stand against the strong Spaniard María Casals Mojica, Natalia Castro Santos, Elsa Pena Vicente, Helena Moragas Molina, Paula Sánchez García, Raquel Alzaga Criado, Paula Del Pozo Borrachero, Lucia Acosta Suarez and Zoila Sicilia Martin. Nothing is given for granted and the race is open to everything. We will see who will be the strongest to take the blue tape for first and claim this European victory. 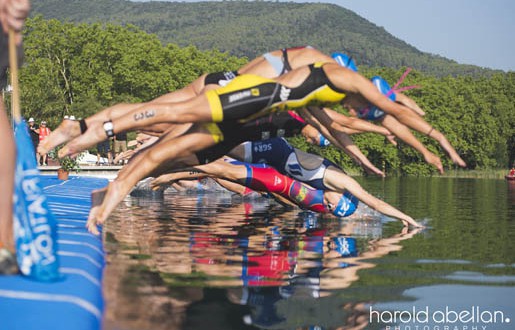 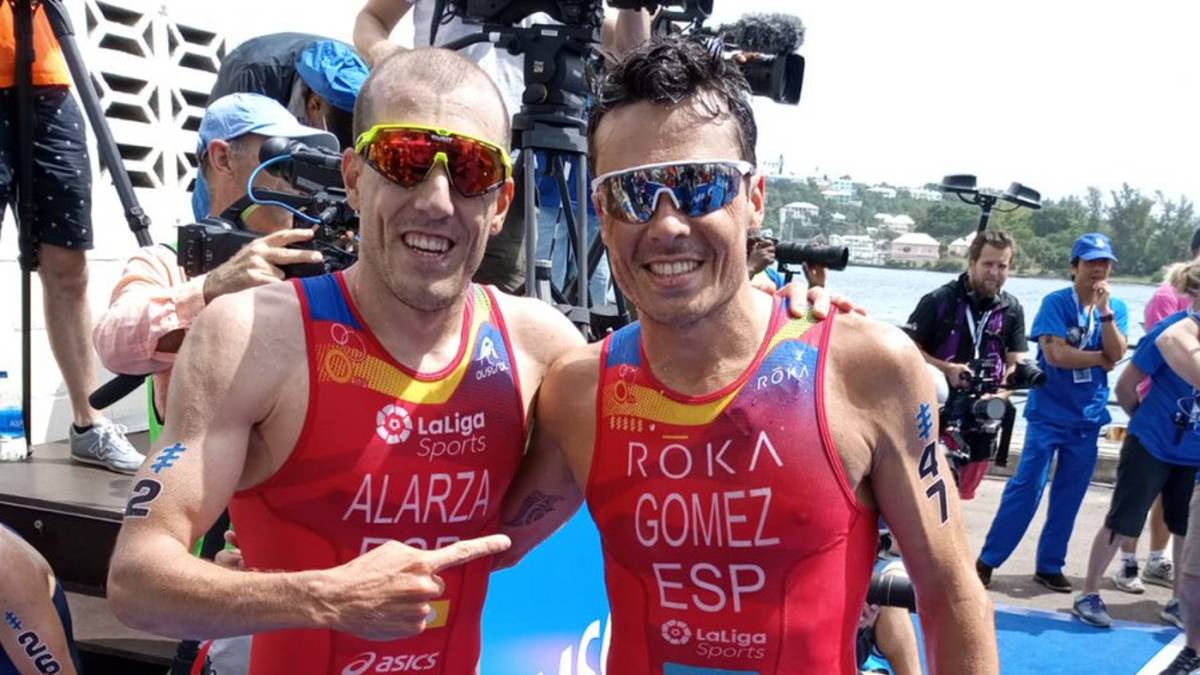