An exciting weekend of racing awaits in Banyoles

The race venue for the Banyoles ETU Triathlon Junior European Cup takes place at the lake situate close to the town of Banyoles. The lake represents the origin and is the main symbolic identity of the town. The lake and its associated lacustrine basin are regarded as the largest karstic stretch on the Iberian Peninsula, and make up an environmental system of enormous value. Located to the West of the town itself, it was declared part of the Plan for Spaces of National Interest (Pla d’Espais d’Interès Nacional, PEIN) by the Catalonia Generalitat. The venue has hosted several events in the past starting with the ITU Premium European Cup in 2011, ETU Triathlon YOG Qualifier in 2018 and the ITU Paratriathlon World Cup in 2018 amongst other events.

The image below shows all the courses for the weekend; the swimming, cycling and running course. 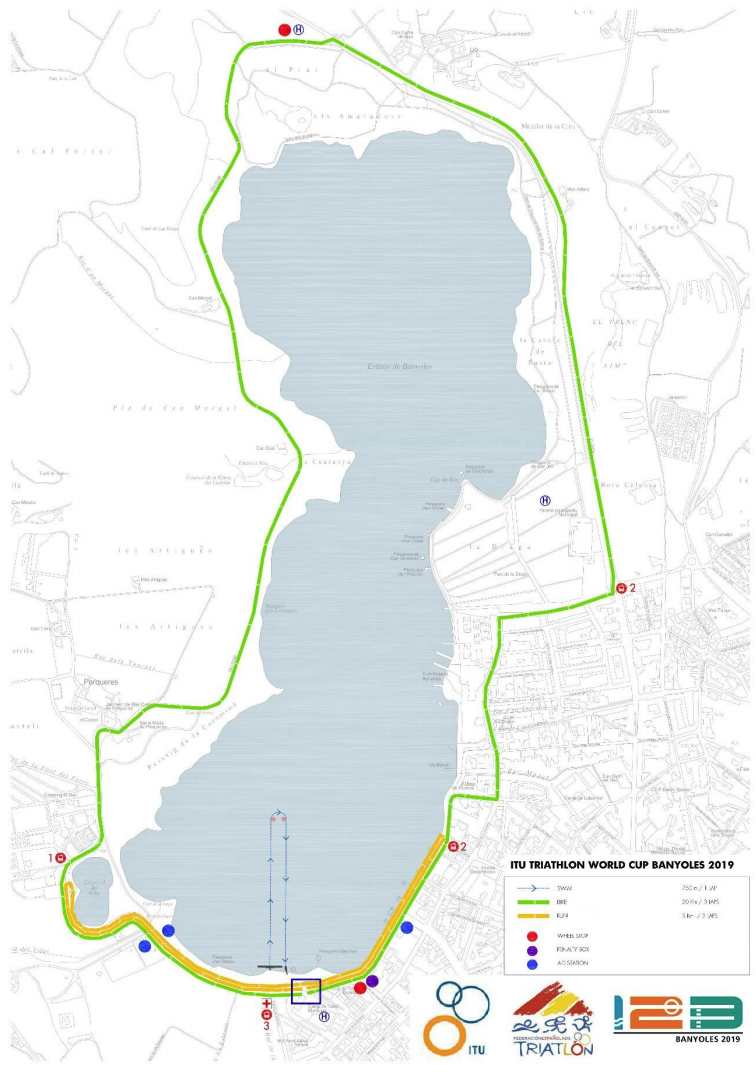 The swimming will take place in the Banyoles lake where the athletes will complete one lap in the clockwise direction. The water temperature is approximately 22°C on average this time of the year.

In the men field there are 33 athletes where 2 countries are represented and 24 female athletes where 3 countries are represented. Athletes names that we saw came by in earlier events are Marie Tomé (Portugal) that came out in 3rd position but in the end finished in 6th.  Also, in Olsztyn we saw Alexandre Montez (Portugal) take 2nd position overall.