Top honours go to France and Italy in Kecskemét and to Russia and the Czech Republic in Žilina.

Top honours go to France and Italy in Kecskemét and to Russia and the Czech Republic in Žilina.

We will start with the junior athletes in Slovakia.

A beach line-up before the athletes walked into deeper water and waited for the start signal. Well-disciplined, well-organised. Click here for a short video. 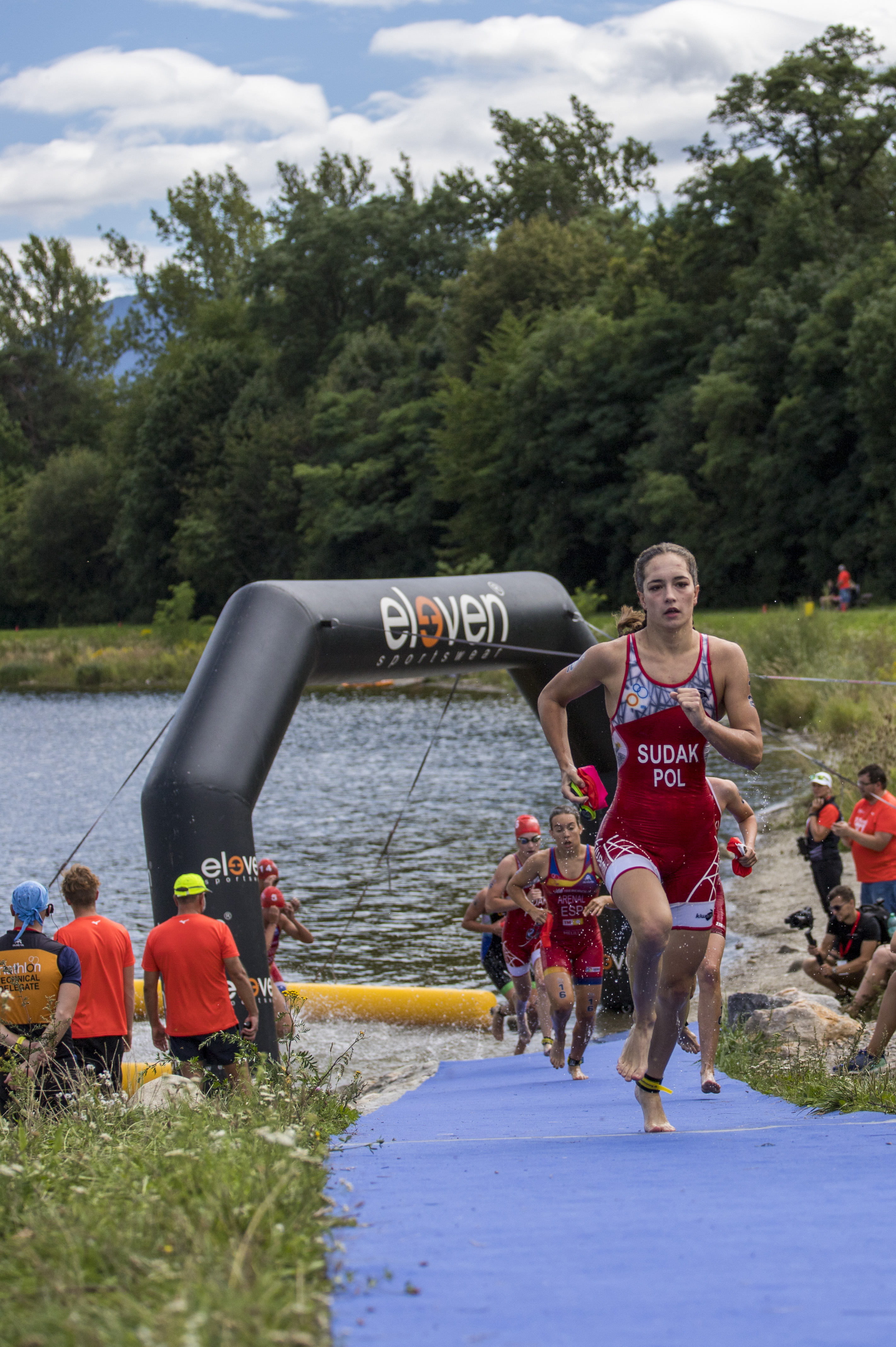 There was no great breakaway in the swim for the Junior Women but in the space of ten seconds, 11 athletes had reached land and were heading to T1.

Out on the bike, powerful riding saw Spain’s Laura Durán Morote and Iratxe Arenal Arribas move into a strong position and, ready for the run, looked good for top ten finishes and points for the nation. Austria had lost Pia Totschnig, who did her best but was not firing on all cylinders but Katharina Erber was having a great race. The Czech, Alžběta Hrušková, wearing #1 and with all the confidence of two ETU Cup wins already this season, had moved up through the pack and was now chasing. Added to this fast-moving group at the front was Australia’s Emily Jamgotchian. The Aussie was making her European debut and recorded the fastest bike split of the day, to put herself in contention for a podium place. 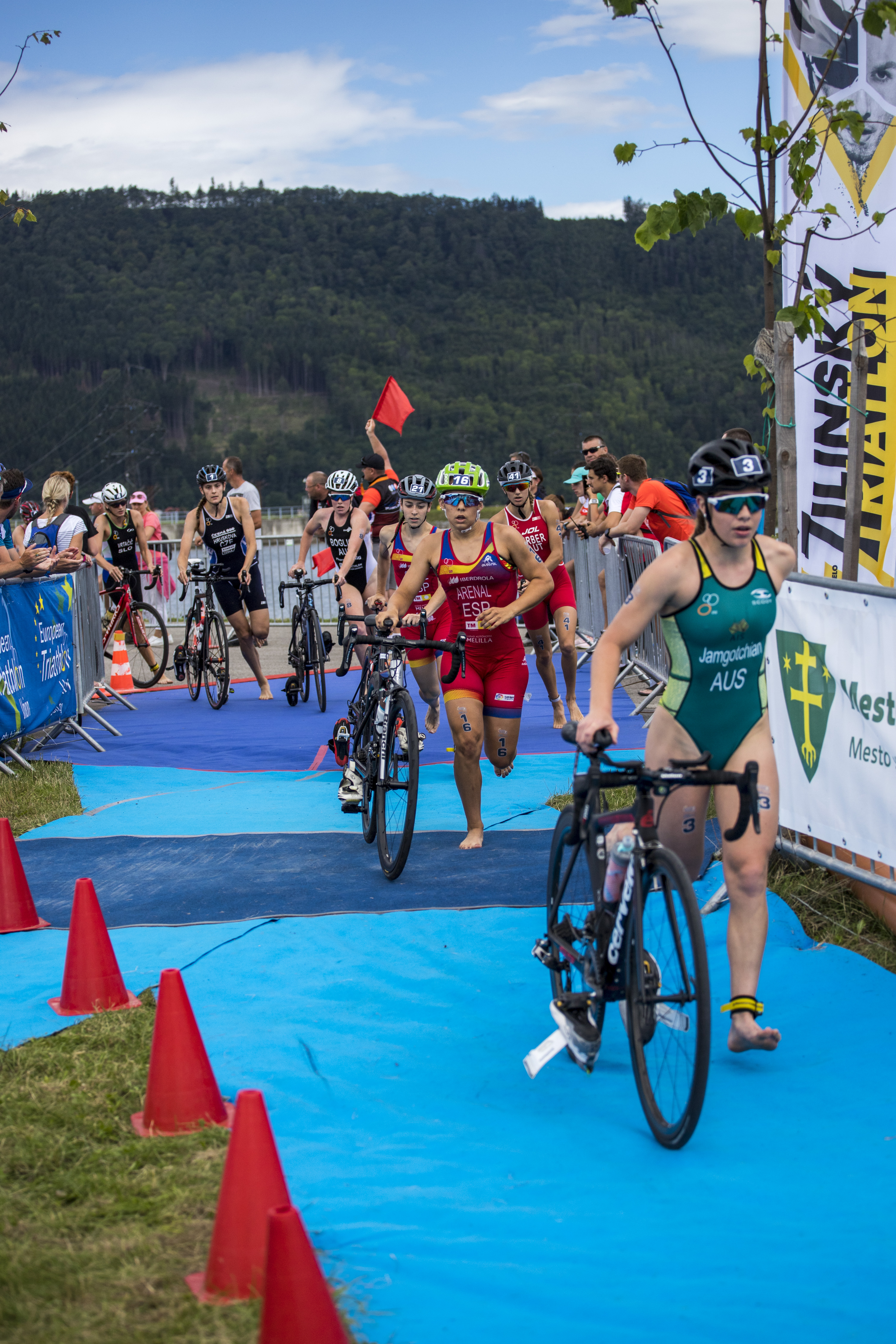 The leading ten athletes then set about attacking the 5k run and it was soon enough Czech Republic, Russia and Australia in the lead. Hrušková was joined at the front by Russia’s Irina Zhuldybina, with Jamgotchian tucked in tight behind. As the pace increased, the Europeans created a small gap between them and the green Australian uniform.

On this course Jamgotchian must have been aware of the speeding Czech, Tereza Svobodová who was simply eating up the KM markers and powering through the athletes who had been in front of her at T2. 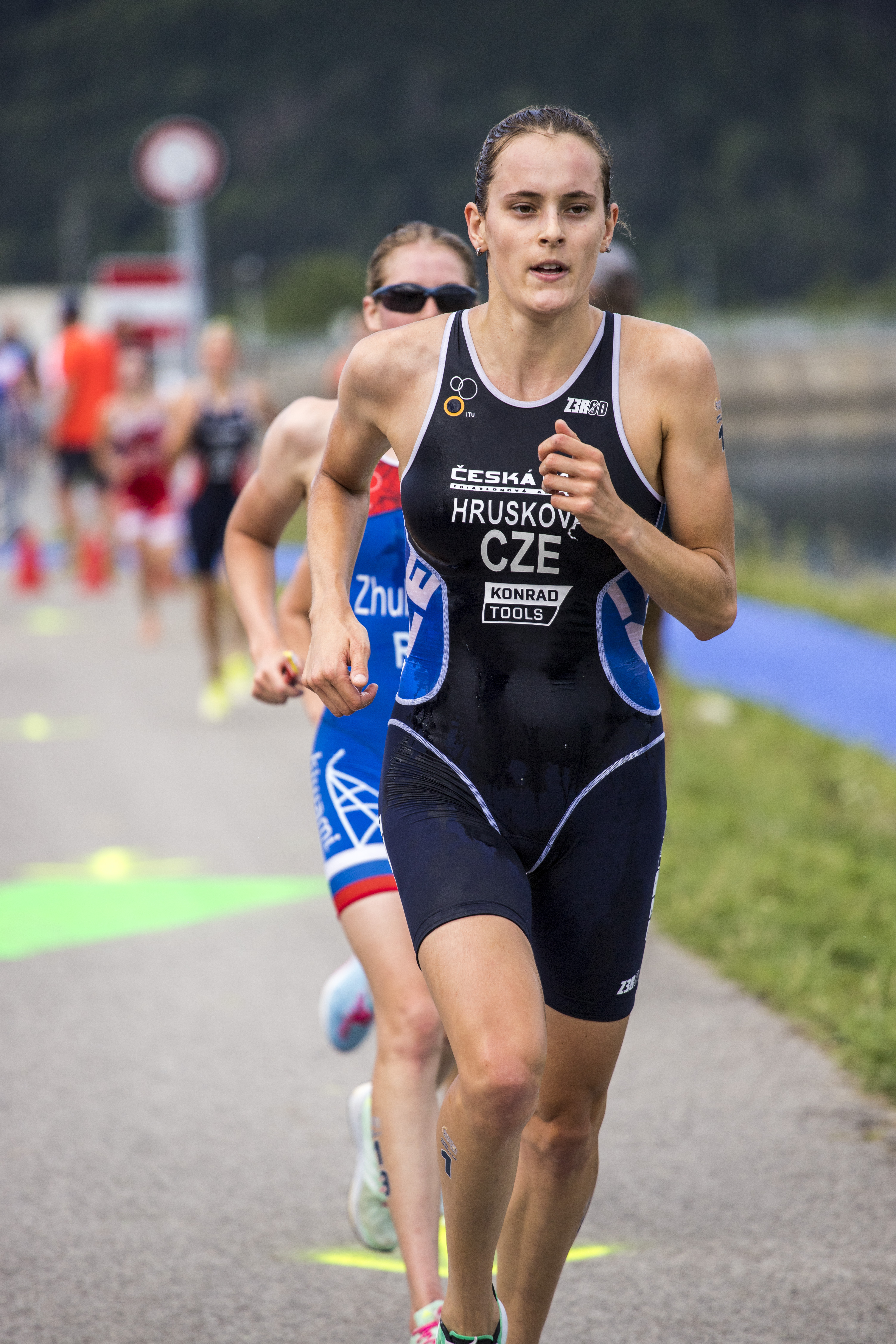 Hrušková managed to break free and snatch the win ahead of Zhuldybina, who just managed to keep Svobodová behind her. A fantastic run of 17:45 gave Czech Republic two places on the podium. For Zhuldybina a really impressive result. Jamgotchian lost out in the final stages with Heidi Juránková speeding past her to give even more positive news to the Federation. 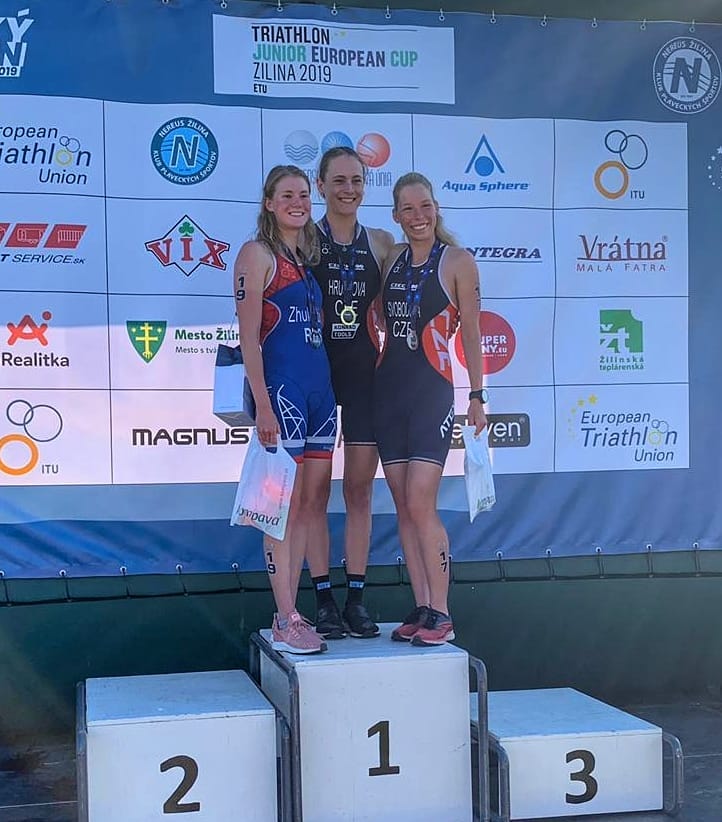 The Junior Men’s race was equally impressive. The venue looks wonderful and the water, clear and inviting.

It was Russia’s Denis Kolobrodov who led them out of the water. He had teammate, Dmitriy Zakharov close behind but soon dropped him on the bike. Czech Republic’s Radim Grebik had a solid swim and was soon alongside the Russian. 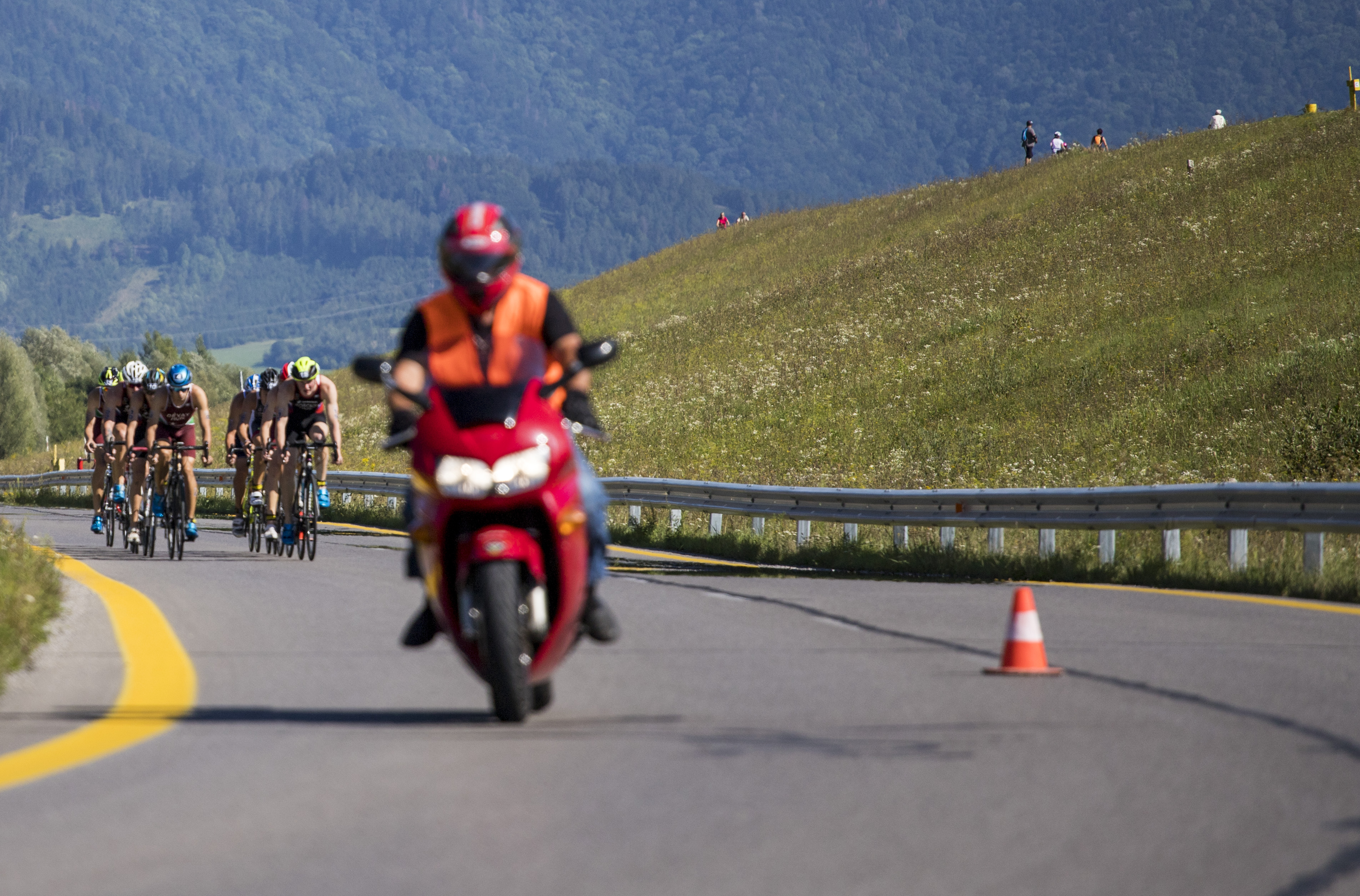 Off the bike and Kolobrodov was still in control with Grebík running in his shadow.  Zsombor Dévay HUN had done well on the bike and was now is a strong attacking position. He lost valuable time in T2 but was now chasing the leader.

Grebík did his best but could not hold off the attack from the Hungarian and so it was that in the final stages of the race, the Russian and Hungarian were cranking up the pace to the delight of the crowds who got to witness a final sprint down the blue carpet to the finish that ultimately gave the gold to Russia.

A great performance from Kolobrodov, giving him his first podium and first win. For Dévay, a supreme performance and a clear signal that everything is now coming together for him. Bronze went to Grebík to round off a very successful day for the National Federation.  For the visiting Australian team, a 4th place for Lachlan Jones, who rode well to lead into T2. 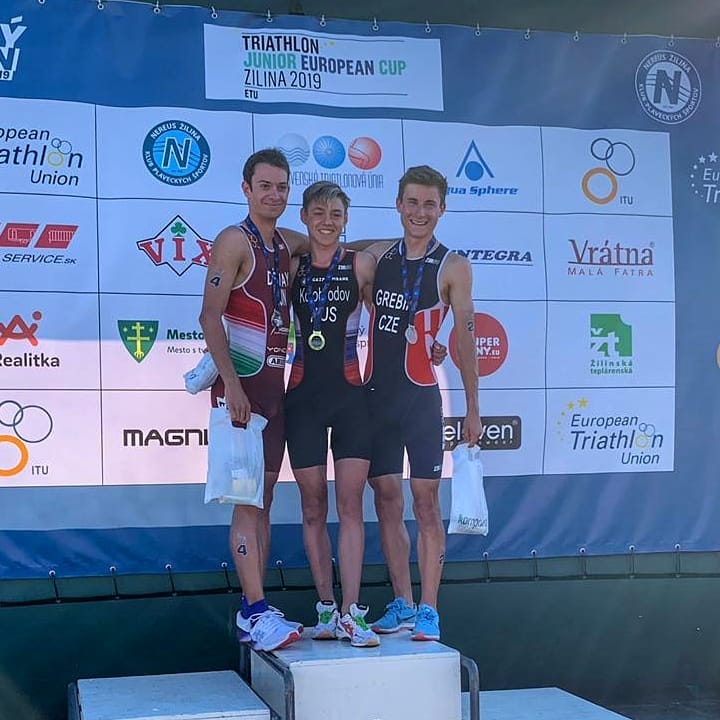 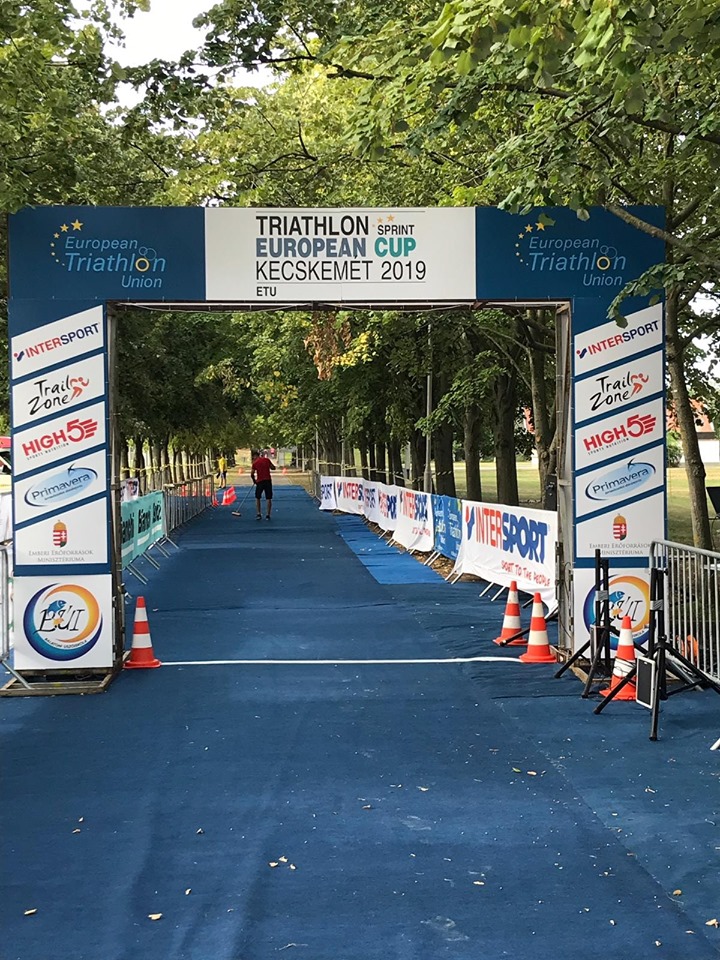 For the Elite in Kecskemét it was Italy and France that scooped the honours but for both the men and women, the racing was thrilling. 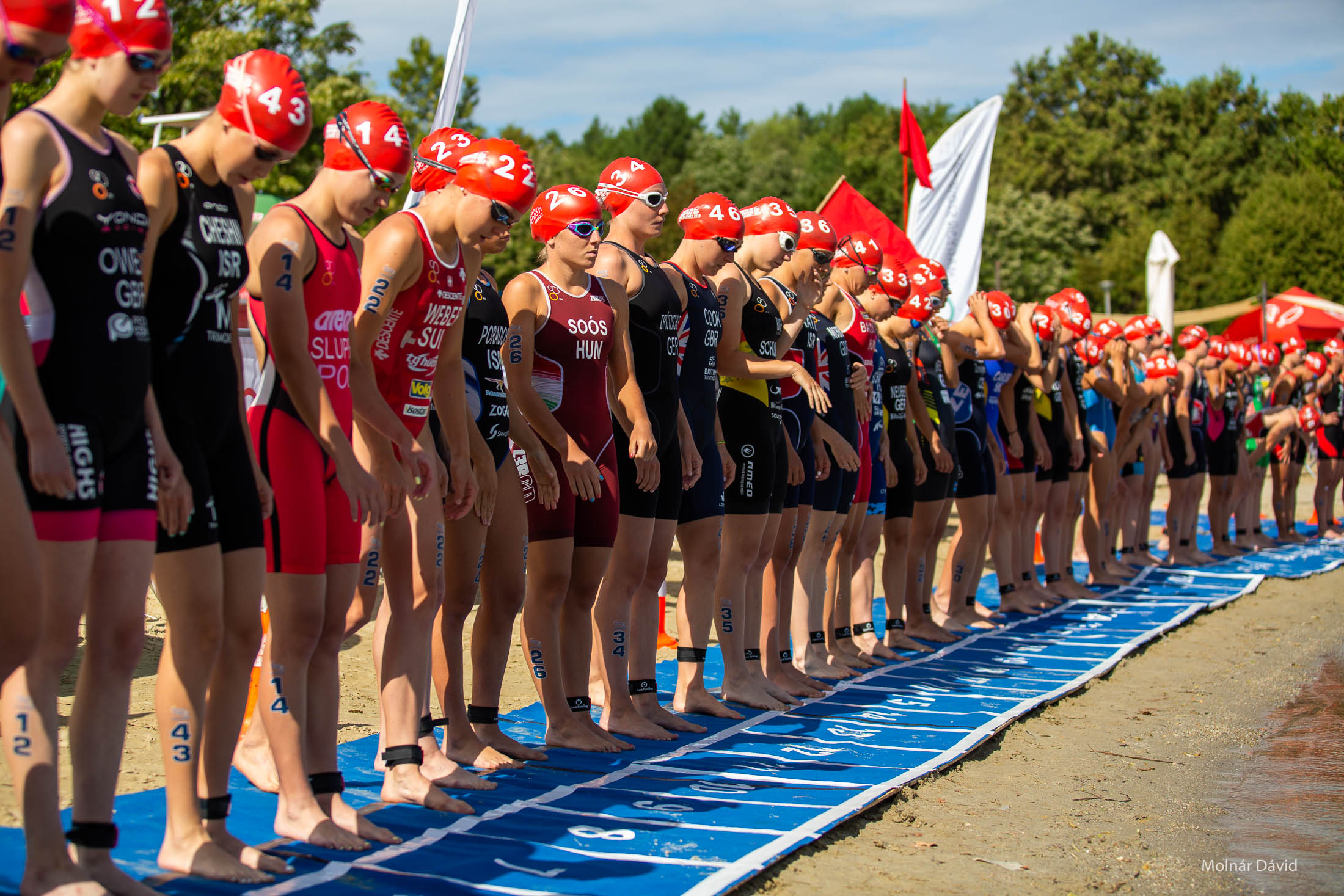 In the women’s race, GB’s Siân Rainsley, looking to be back in great from, led them out of the water. Losing time in T1, it was Germany’s Bianca Bogen who took advantage but behind them, the Italians were together and looking strong. Ilaria Zane, Alessandra Tamburri and Alessia Orla came out of the water more or less together. 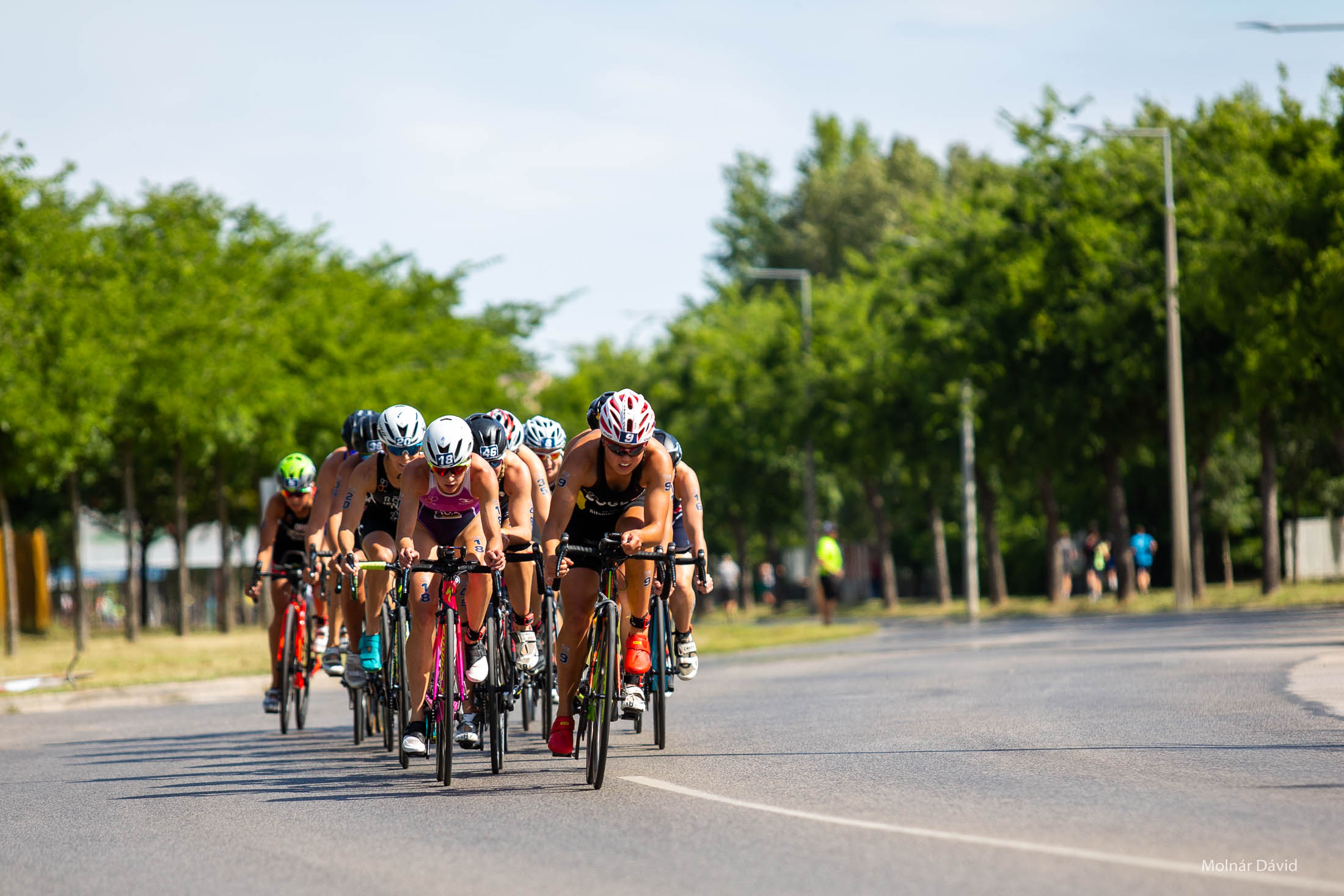 Working hard together, the leading women created a good lead as the 20-strong pack pushed the pedals. 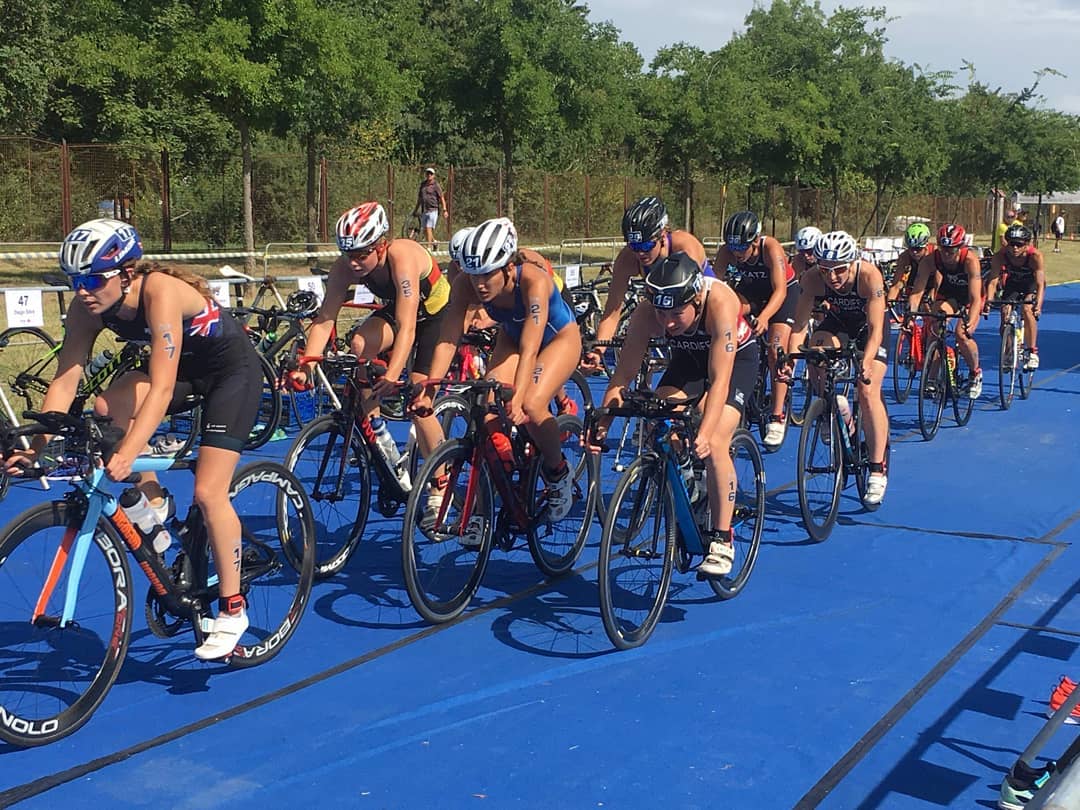 By the time they had arrived in T2, the group had shrunk and it would be down now to the faster runners. Zane looked determined as she left for the run but against her were some powerful runners. Rainsley had been working on her run and impressed recently in Berlin but against Zane and New Zealand’s Anneke Jenkins who was unable to respond. 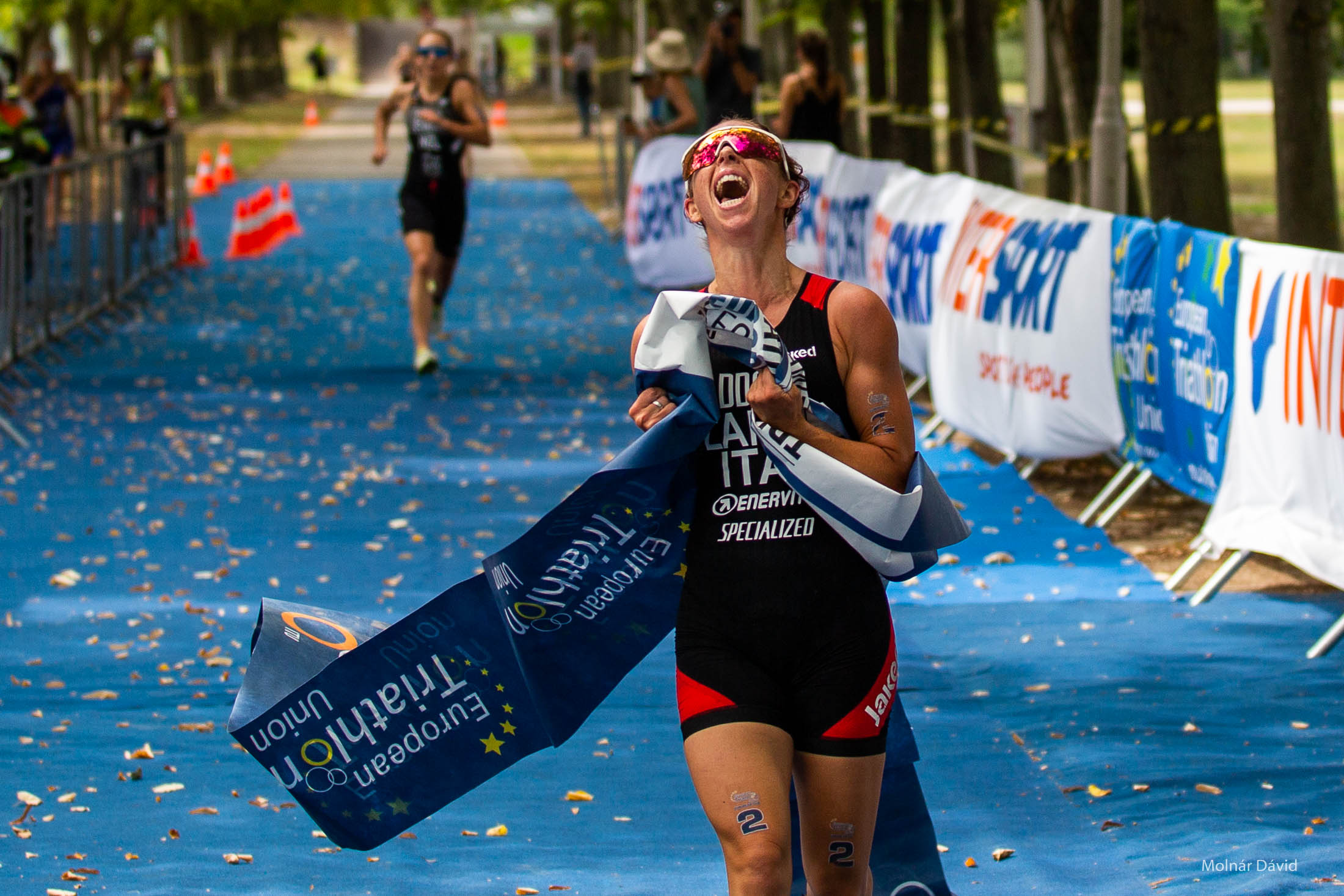 The pair edged away but Zane ultimately had the kick that got her to the line first. Jenkins returns to form with her first podium since 2016 and for Rainsley, a clear indication that all the setbacks she suffered are now behind her. 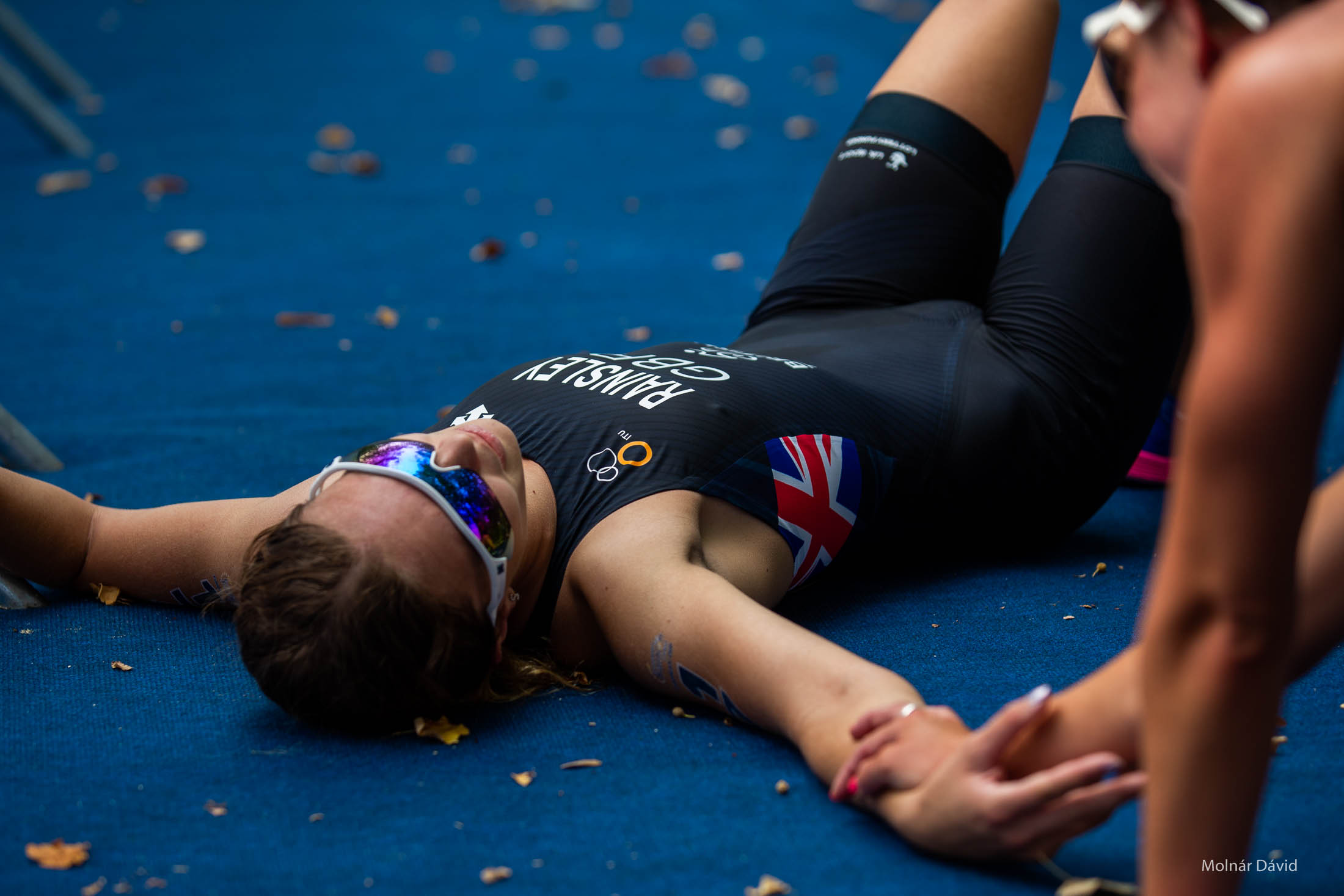 For the Brits, Rainsley’s medal was good news but then, looking at the top ten and seeing Issy Morris, Jenny Manners and Chloe Cook in 4th, 5th and 8th respectively, this is great news for the coaches. Italy too, will be celebrating not only the win of Zane but also the top ten finishes of Tamburri, Orla and Luisa Iogna-Prat in 6th, 7th and 9th place. For Israel, Hagar Cohen-Kalif posted a top ten finish. Her training with the Italian athletes in recent weeks has clearly paid off and with her success, the Israeli team looked to the men. 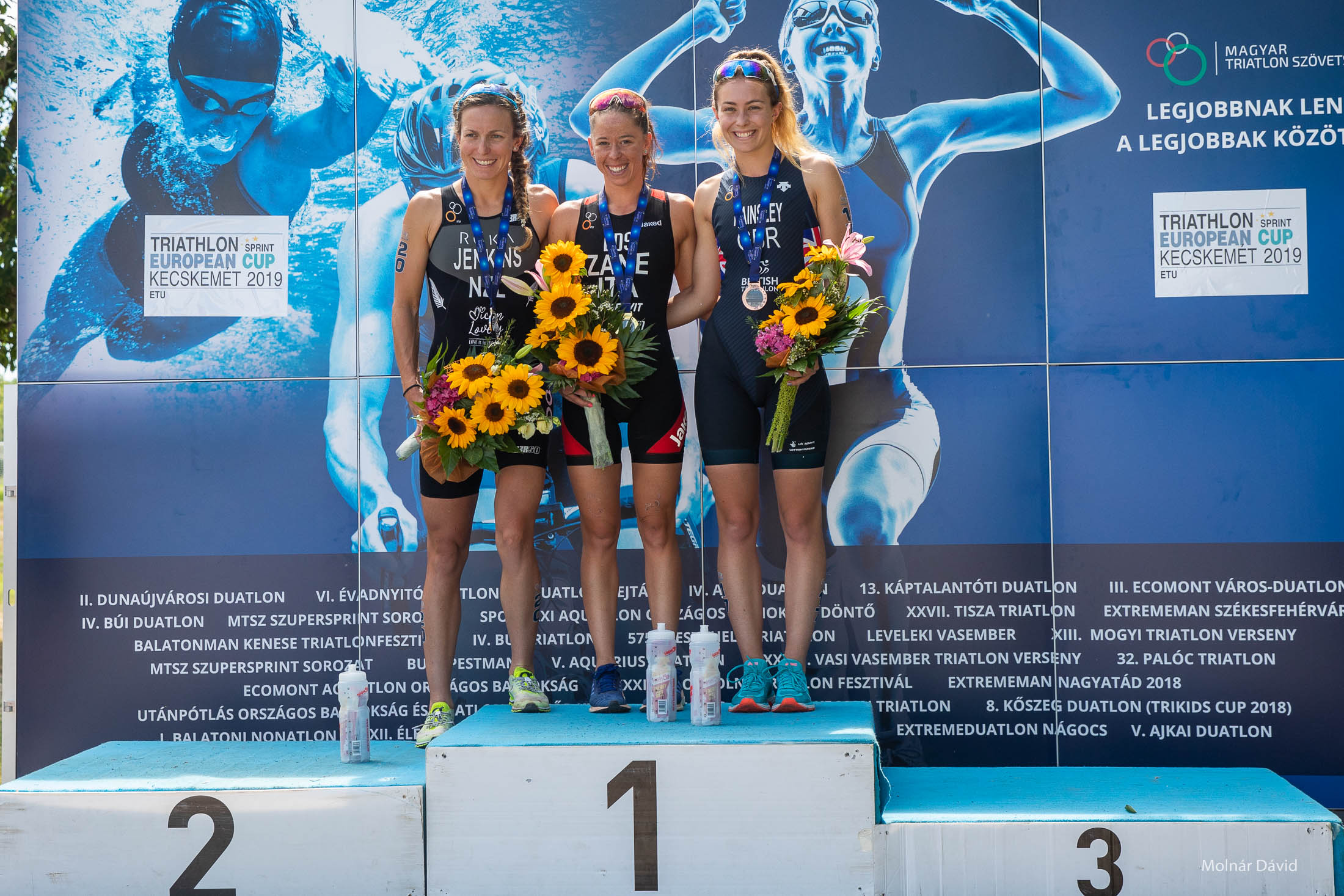 The Men’s race was impressive because of the endless flow of athletes out of the swim, out onto the bike, into T2 and then out onto the run. It was the biggest “train” we have seen this year and clearly, the race would be won by the man who could run fastest after the bike. 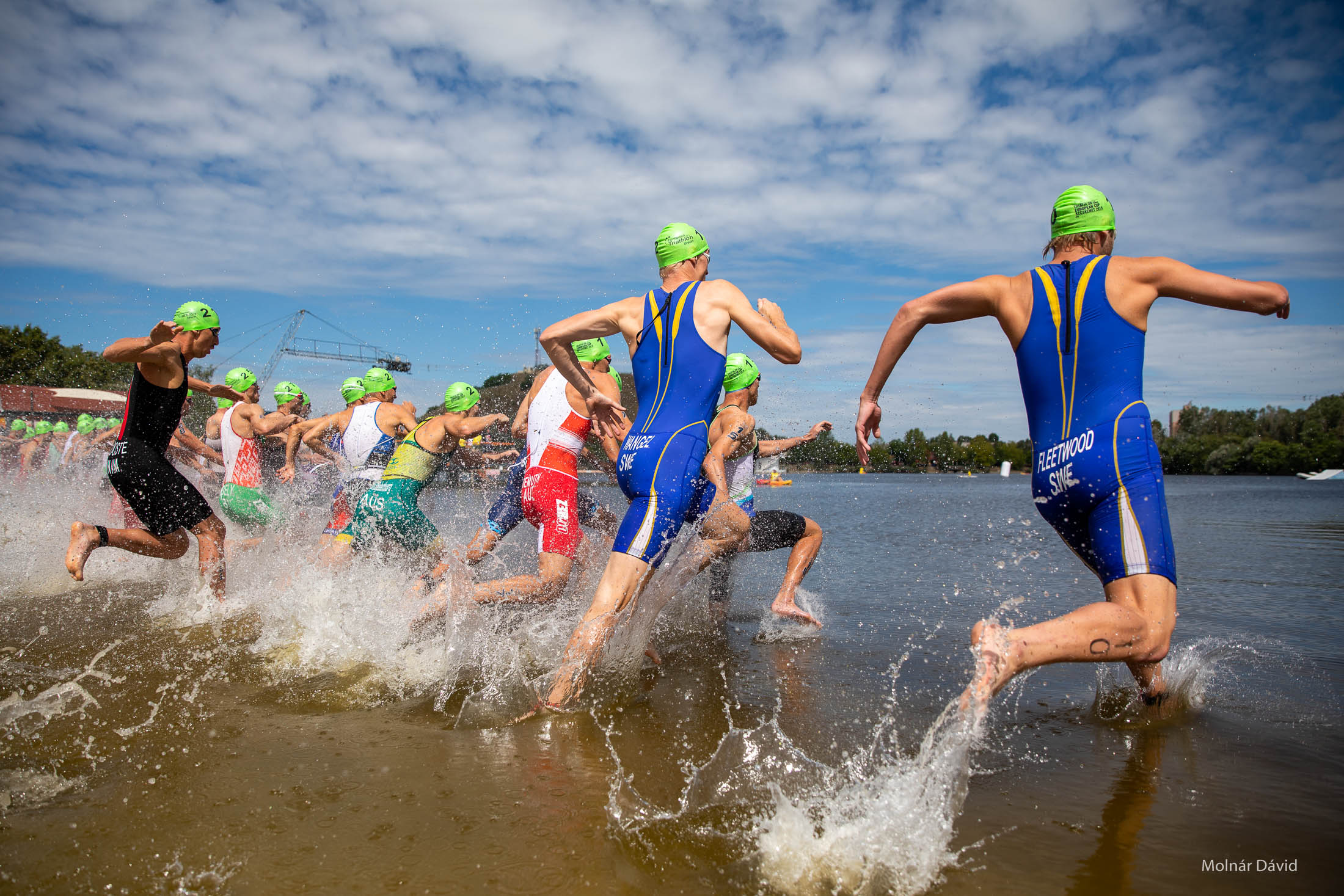 First out of the water was the young Hungarian, Levente Karai. He had delivered a mighty race in Weert in the relays and is one to watch as he grows in confidence and pace. With Magnus Männer alongside, they ran into T1 but with an army of more experienced athletes behind them. 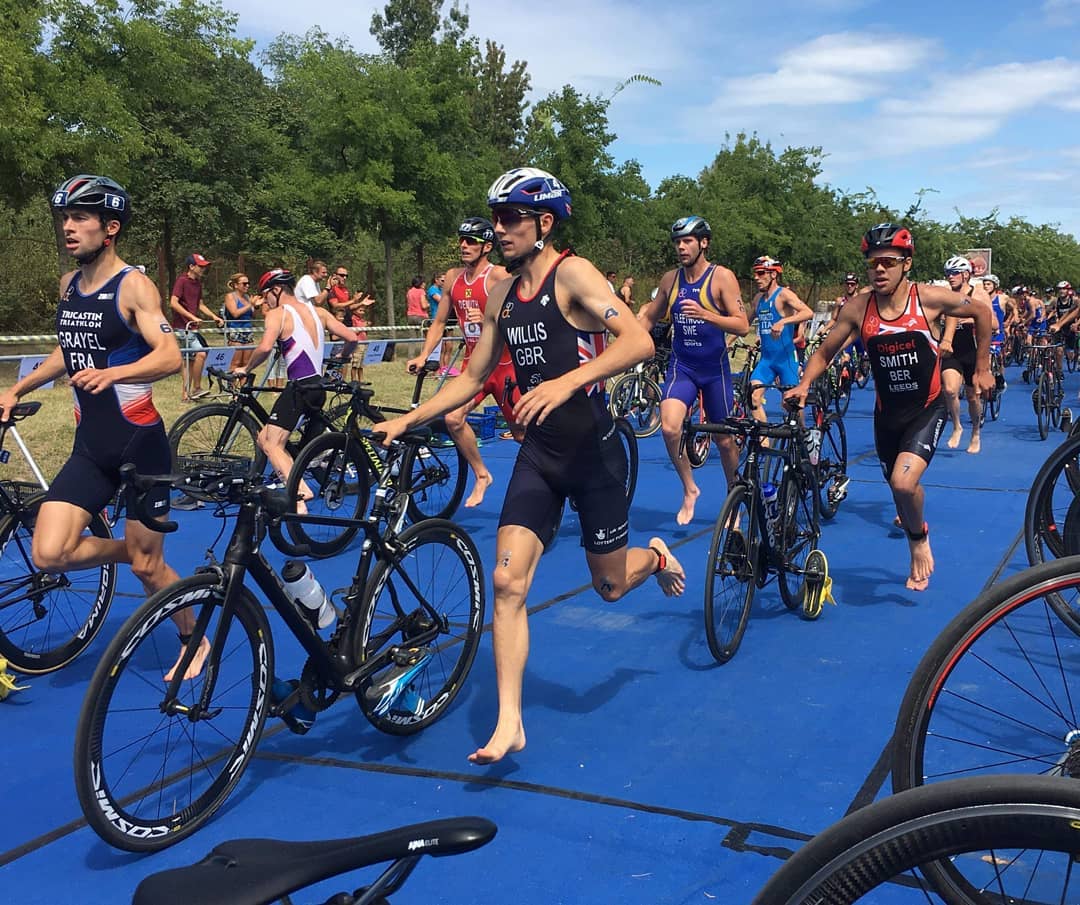 With the 20k bike seeing solid pack of athletes, it was all eyes on the run and soon enough the breakaway had started. 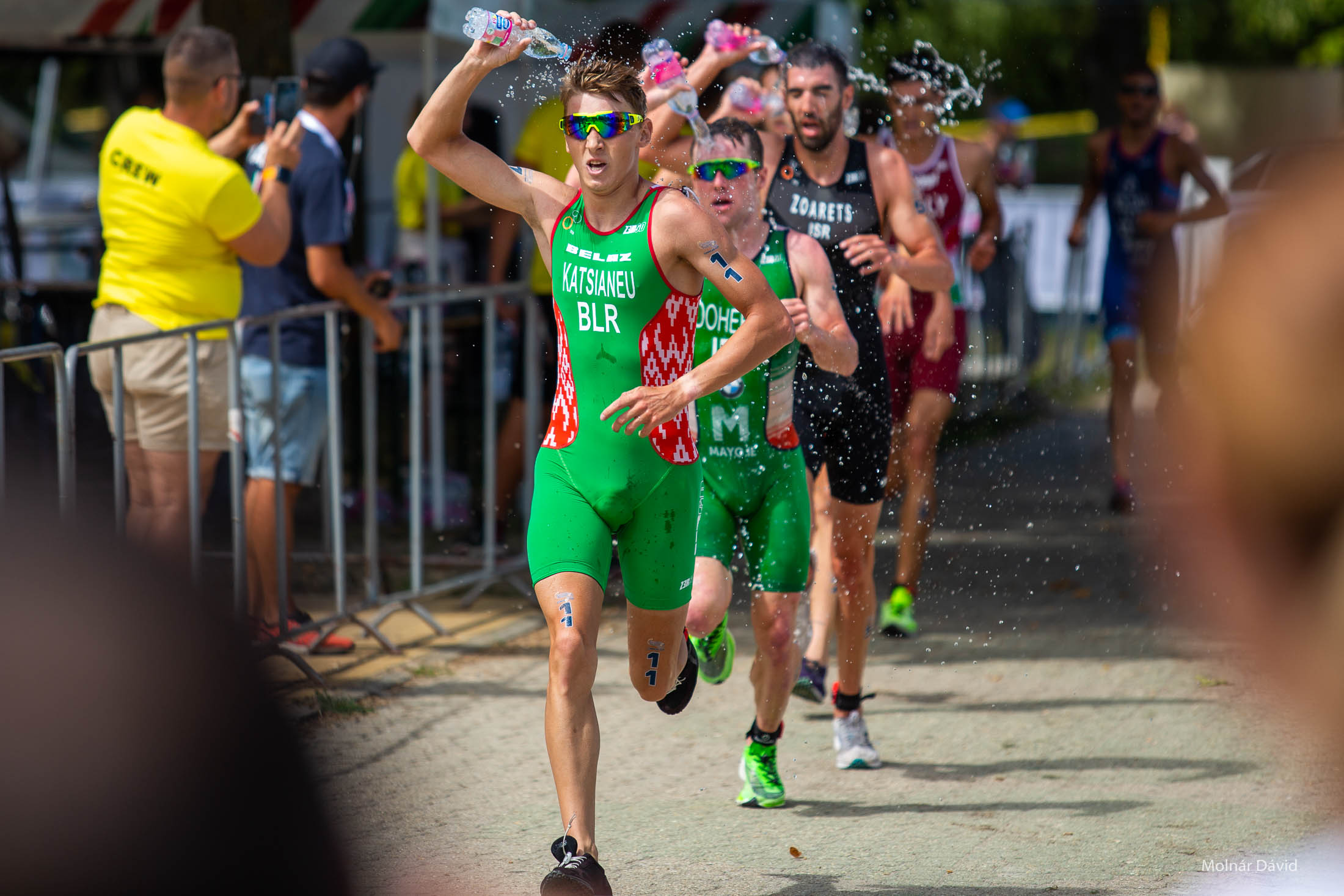 Mikita Katsianeu BLR was happy enough to throw down the gauntlet and lead but he had Ireland’s Con Doherty on his heels. In that group was also Israel’s Roee Zuaretz. For him, this was an important race and one where he could show the Israeli selectors his strength on the closing stages of the race. For way back, Frenchman Nathan Grayel had found his way to this leading group and Italy’s Dario Chitti was swept along too.

Karai had been dropped but his place now taken by István Király would ensure the pace could not drop.

As the finish neared, it was a breakaway by Grayel, Doherty and Zuaretz. Flat out, in the max, Grayel just had the pace to deny the Irishman a win. 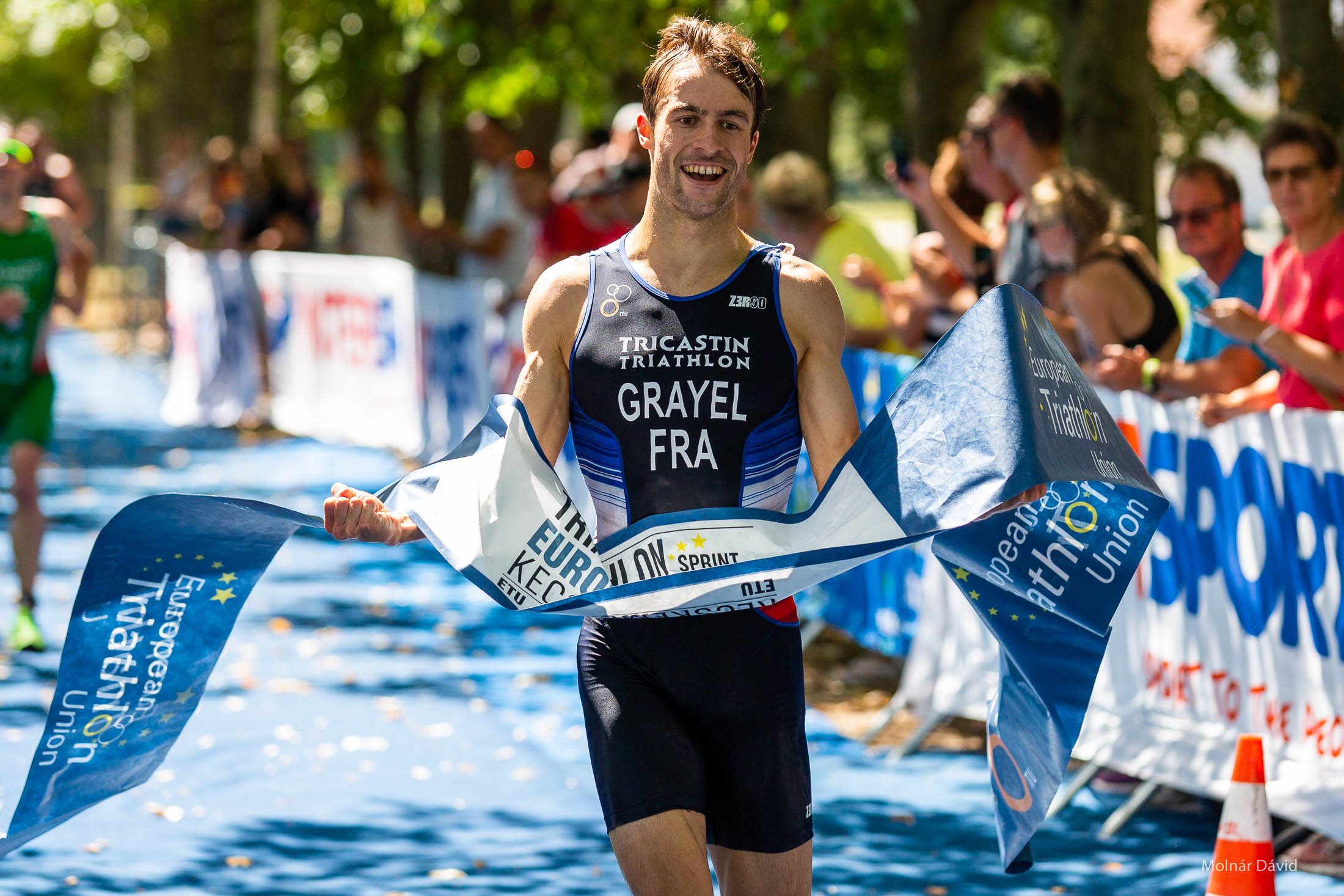 Gold to France, silver to Ireland and a great bronze for Zuaretz.

For Katsianeu, as part of the ETU Development Team, his 4th place was yet again a clear indication that his training and development programme is working well. 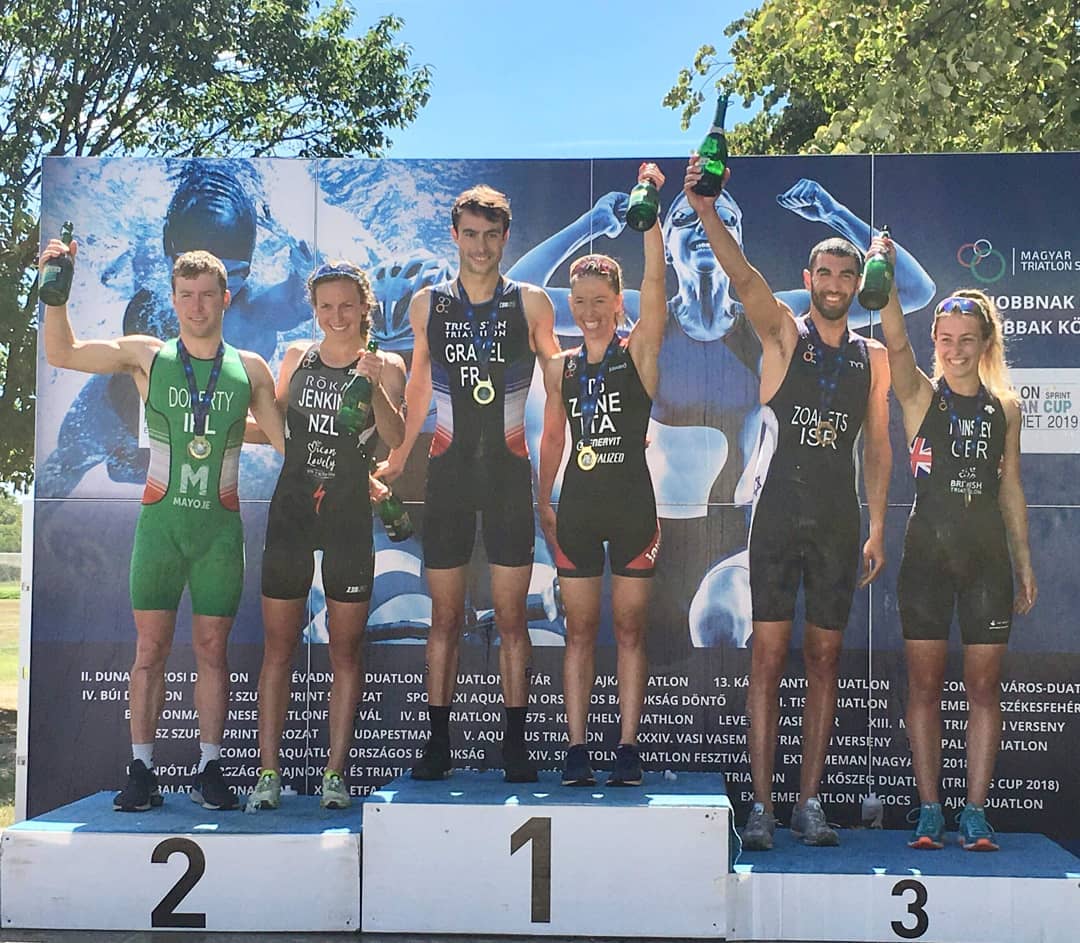 Our thanks to those people who helped us with updates, videos and photos.

From Žilina: LOC Veronika Jurkovič with her Team, Kristina and Lucia. Haree Hajas, and Móni Óvári.

To each one of you, thank you very much for all your kindness and help. 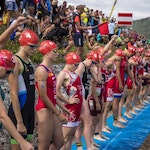 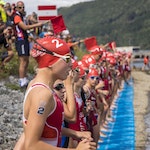 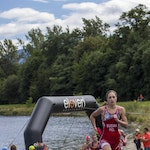 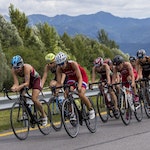 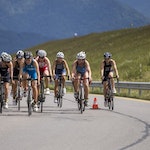 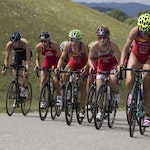 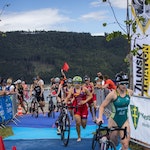 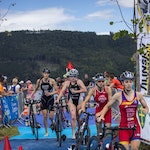 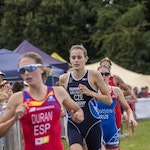 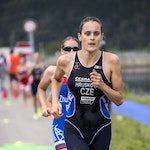 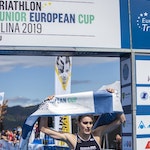 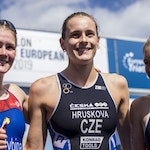