Thrilling finals in Panevėžys give golds to France and Great Britain

The racing in Panevėžys continued on Saturday with the A and B Finals. Live TV coverage was provided for the A Final and that ensured viewers from all over the world could watch these young athletes race the 300m swim (1 lap) / 8.55km bike (3 laps) and a final 2-lap run of 2.35km. The rains of the first day had gone and so with the water warmed up it was a non-wetsuit swim.

The Women’s race saw some top athletes race. With Kitzbühel medal success, it was France’s Jessica Fullagar who was race favourite. A bronze at the European Championships, following her win in Quarteira, ensured that her confidence was well-justified. She emerged from the water some way back, but knew well that she had the pace on the run not to panic in the early stages. It was Italy’s Beatrice Mallozzi and Austria’s Pia Totschnig, her main rivals who were ahead and not so long after getting onto the bikes there was a strong peloton of riders working hard around the 3 laps. 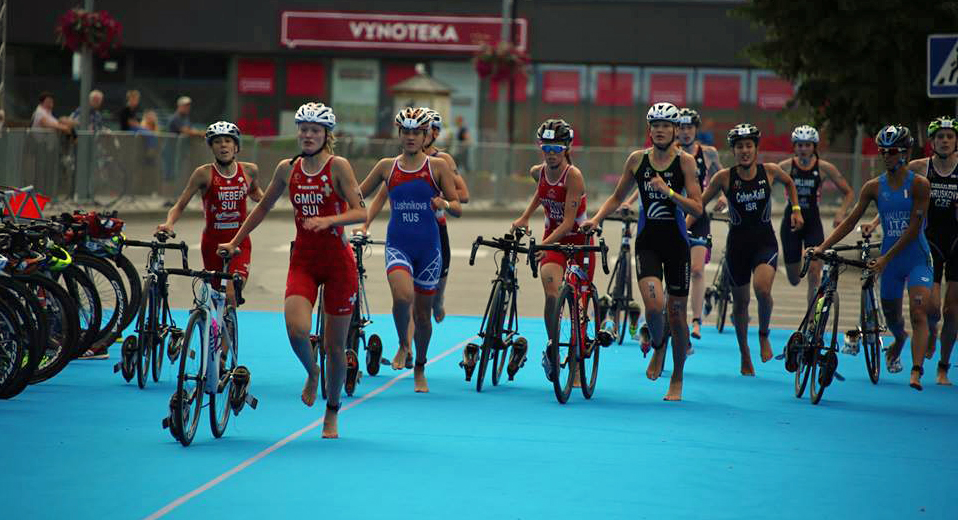 It was pretty much decided in those 8.55km that the medals would go to the strongest runners in that group and coming into T2, it was essential that no mistakes were made. Russia’s Daria Lushnikova received a time penalty for an infringement and really lost out. With her great performance in the semi-finals, and with her strong swim and riding earlier in the race, the error may well have cost her a medal and it was Fullagar, Totschnig and Mallozzi who broke away on the run and battled for the three colours of gold, silver and bronze. 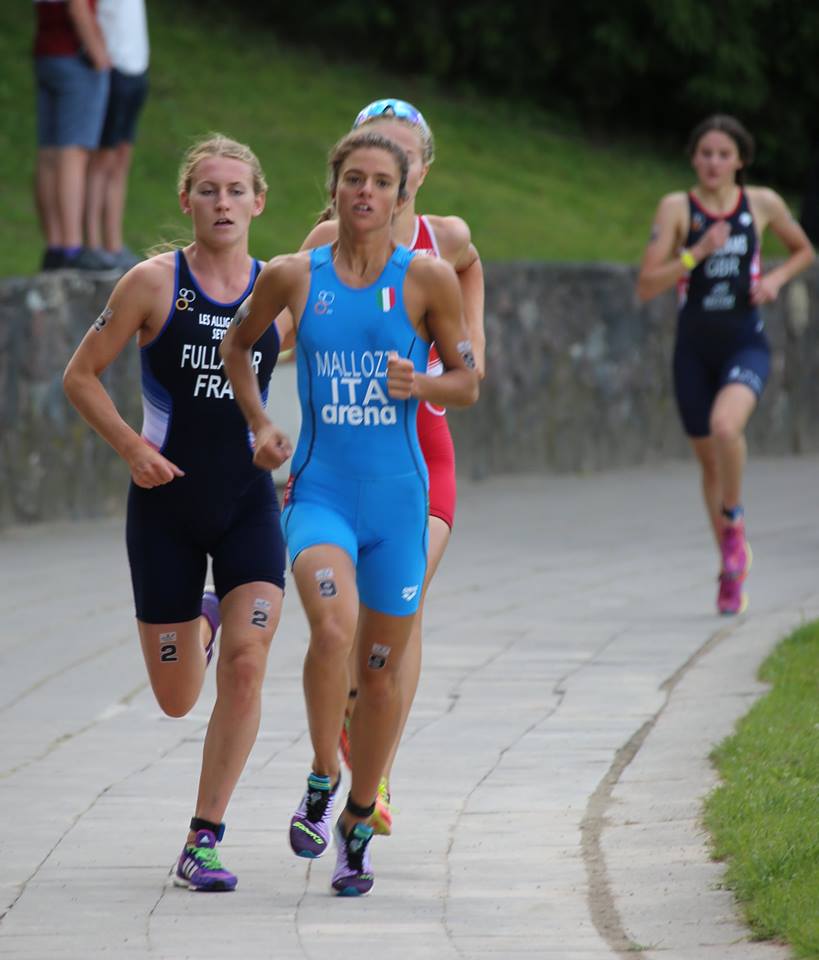 It was Fullagar who had that final kick and was just able to hold off Mallozzi to get the victory for France. Italy celebrated with silver and Totschnig did just enough to hold on to bronze. 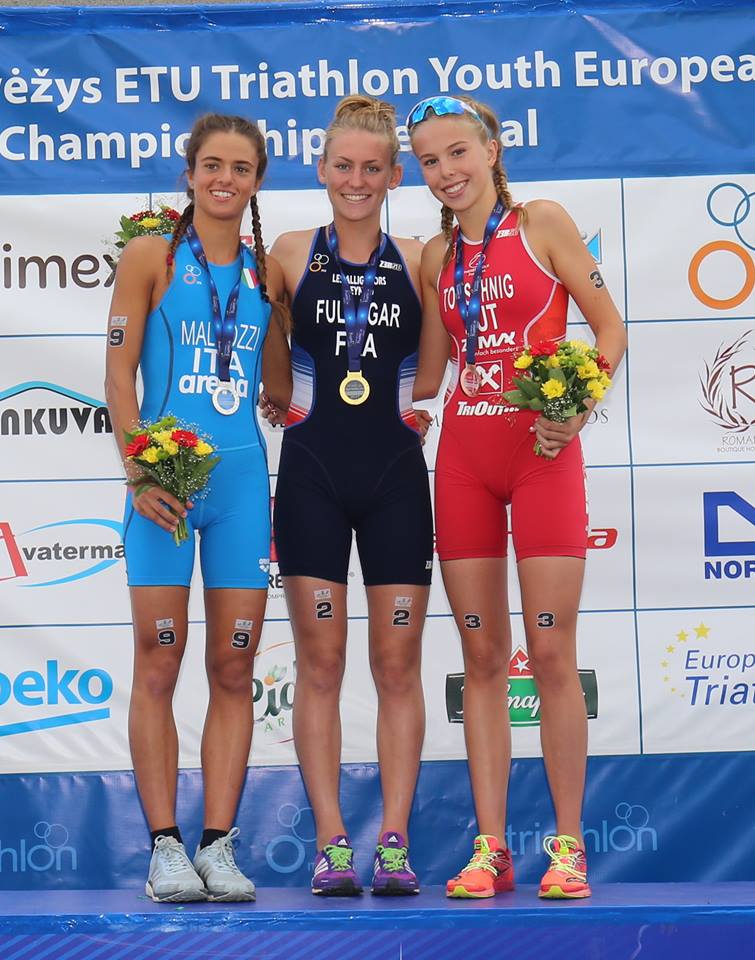 With the men, a clear statement of intent had been made in the semi-finals and Great Britain was an easy race favourite for the gold but just which of the young men would get the victory? 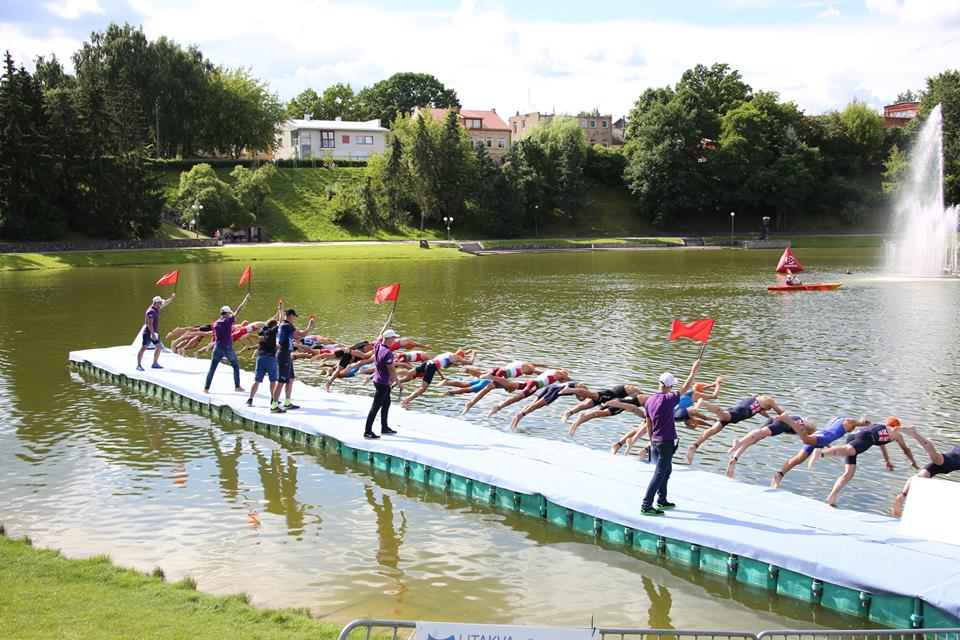 A closely packed group of men emerged from the water and it was Daniel Slater who was tucked into that group and well-placed for the bike. With athletes now training so well, with the development programmes delivering such high results, we are seeing swim times getting closer and closer.

So it was that the men soon grouped together on the bike and a fast-moving group delighted the spectators who were lining the course. As with the women’s race, it would be the final run that would decide the medals and with sensible positioning in the peloton, it was Matt Willis, silver medal winner last year in Tiszaújváros who, with Sam Hart soon provided support for Slater. 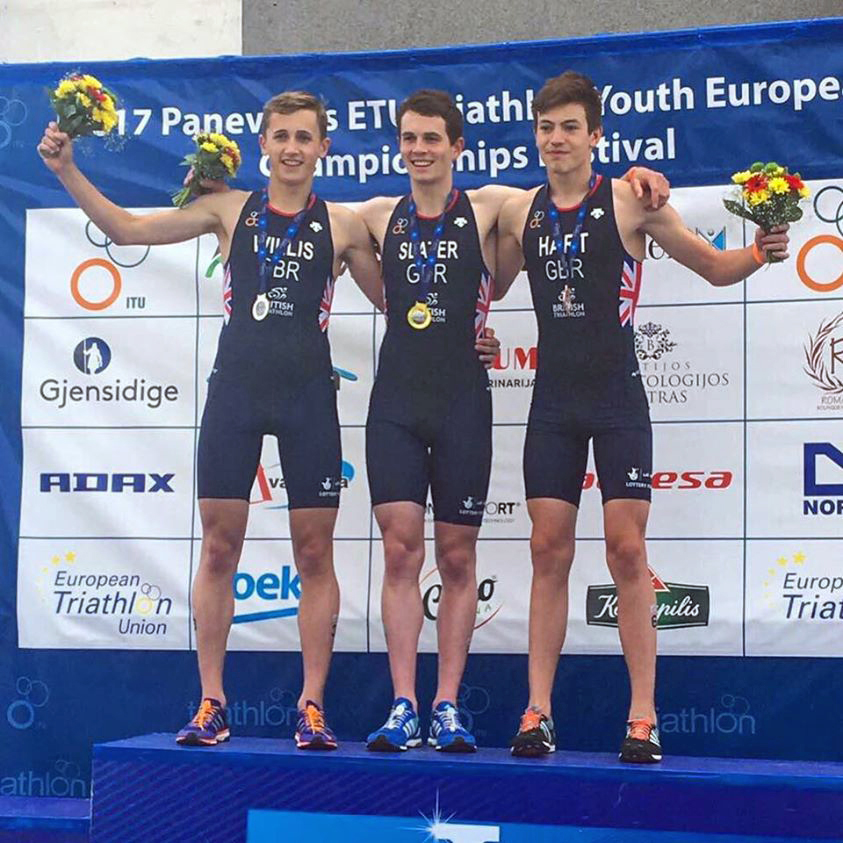 Nobody could match Slater’s run pace and he cruised to victory. Behind him Willis just had enough left to secure silver with Hart rounding off the podium to take bronze in a Team GB clean sweep. It looks like Great Britain has some strong youngsters coming through and that the legacy created by the brothers from Leeds has paid off. 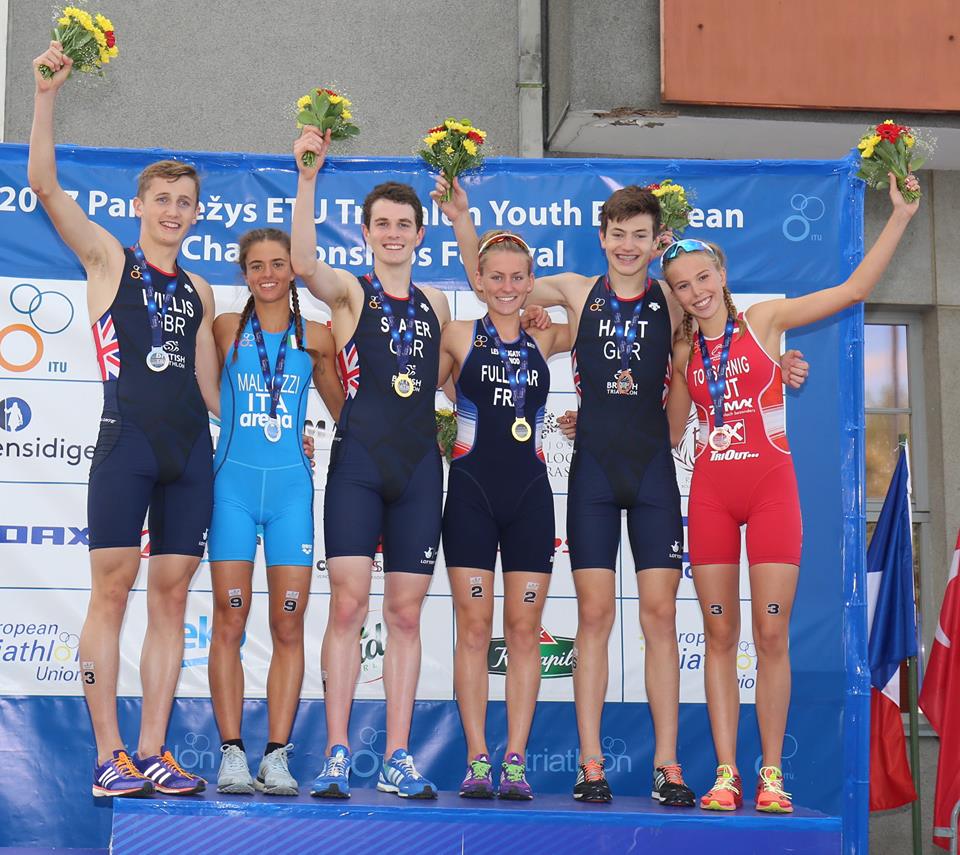 Sunday will see the Mixed Relays. OK, in Hamburg there is the World Championships for Mixed Relays but watch out for these young athletes. They could well be the one that you will be cheering on in Tokyo.