The Europe Triathlon Cup Caorle a feeling of a new rebirth for everyone! 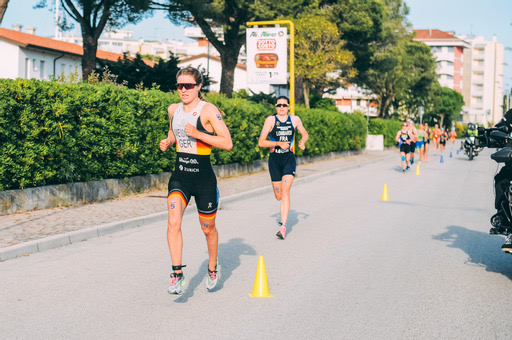 The event in Caorle was an incredible moment for all the participants, and even the weather was merciful to us. The forecast was in fact of heavy rain but, magically, the power of triathlon for its multidimensional abilities, managed to clear the sky from the clouds. We had two spectacular sunny and warm days which lightened the hearts of spectators and athletes racing.
The procedures regarding the safety from Covid, were strictly respected and anyone underwent tests so as to create a safety zone for all the people working and competing.
Saturday the never ending story, as 9 races one following the other were put together. Also thanks to the great efforts of the LOC and the impeccable service of the Technical Officials who did a race in the race. Notwithstanding the great number of them, they had to run faster than the athletes to go from one assigned position to the other as the various semifinals, 4 for men’s junior and 3 for women’s junior and 2 élite races were going on during the endless day. This was in fact the biggest event ever organised by Europe Triathlon before.
The eyes of the young athletes anyway was the most rewarding thing of all! We are probably too young to remember WW2 but, the feeling coming from every single athlete that we met and talked to, was very similar to an-end-of-a-war one. The happiness of being able to race and to start life again. The euphoria of a new possible rebirth. Being able to be in the open air with the possibility to exchange opinions and some laughs with guys and girls of the same age, was for them a dream come true. This was the overall sensation coming from all the participants, the coaches, parents and friends who came to watch the event.
The Austrian athlete silver medalist of the Final A men’s junior Jan Bader in the interview told us that he was so happy to be there and to be able to swim in the sea, his eyes were sparkling while talking to us. He said that he hadn’t raced for 15 months and he was radiant to be in Italy and to be able to breathe some race air again!
On the Saturday the dances were opened by the junior men’s and women’s semifinals in which the first 8 athletes of each one, could have access to the two finals on the Sunday. The fight was tough to get a spot for the final.The podium of Final B men’s junior: Emiel Torfs (BEL), Ul Denša (SLO), Omri Ravel (ISR). Final B women’s junior: Katerina Hadravova (CZE), Nele Dequae (BEL), Doga Erman (ITA). The podium of Final A men’s junior: Euan De Nigro (ITA), Jan Bader (AUT), Miguel Espuna Larramona (ITA). Final A women’s junior: Barbara De Kooning (NED), Myral Greco (ITA), Mara Krombach (LUX).
At 4 pm was the moment of the men’s élite as the sun was shining and strongly, with a beach start made a 750 swim in which the Hungarian Mark Devay showed his extremely strong swim performance, however the flat course on the bike permitted to form a group of 12 athletes who reached T2 and after a lighting fast transition the Italian Michele Sarzilla took the lead of the race but had to surrender to the faster Hungarian runner Lehman who claimed the victory of the Europe Cup.
The élite men’s podium: Csongor Lehman (HUN), Michele Sarzilla (ITA), Tom Richard (FRA).
At 6 pm the women’s élite were in the water for their race. The French Emma Lombardi gained a great advantage from all the chasers and tried to keep the front of the race for about half of the bike course, but the strong wind made her decide to rejoin the group till the end of it. After T2 the German Lena Meissner forced a strong pace on the run that permitted her to reach the finish and grab her first place of the podium. Behind her the strong French monopolised the other two steps on the podium.
The élite women’s podium: Lena Meissen (GER), Lea Coninx (FRA), Emma Lombardi (FRA).

Results of the élite event  here

Results of the Junior event here