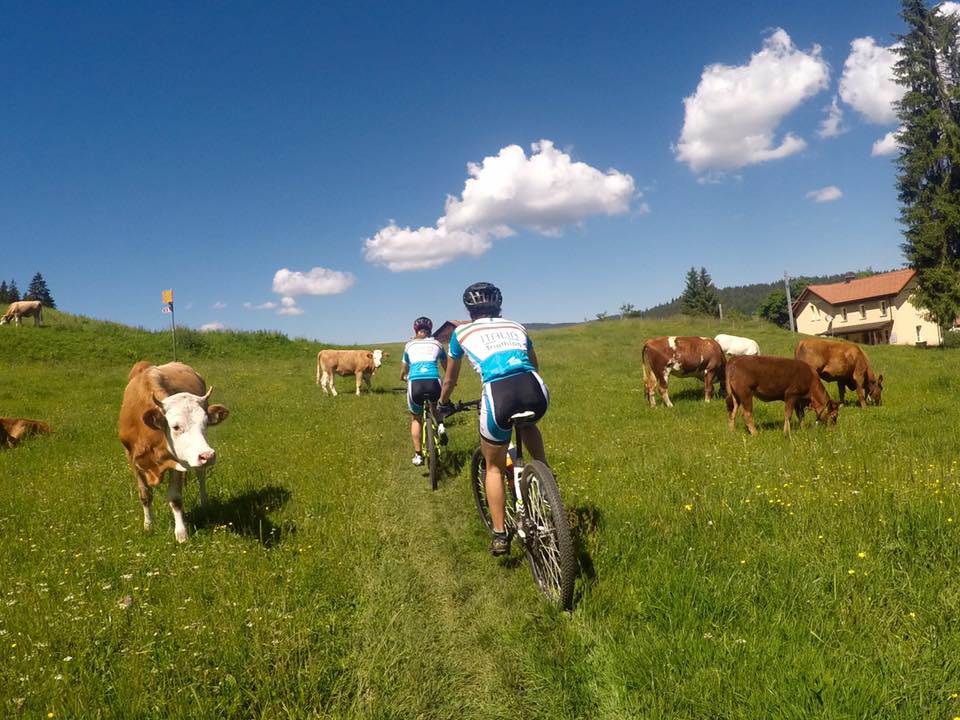 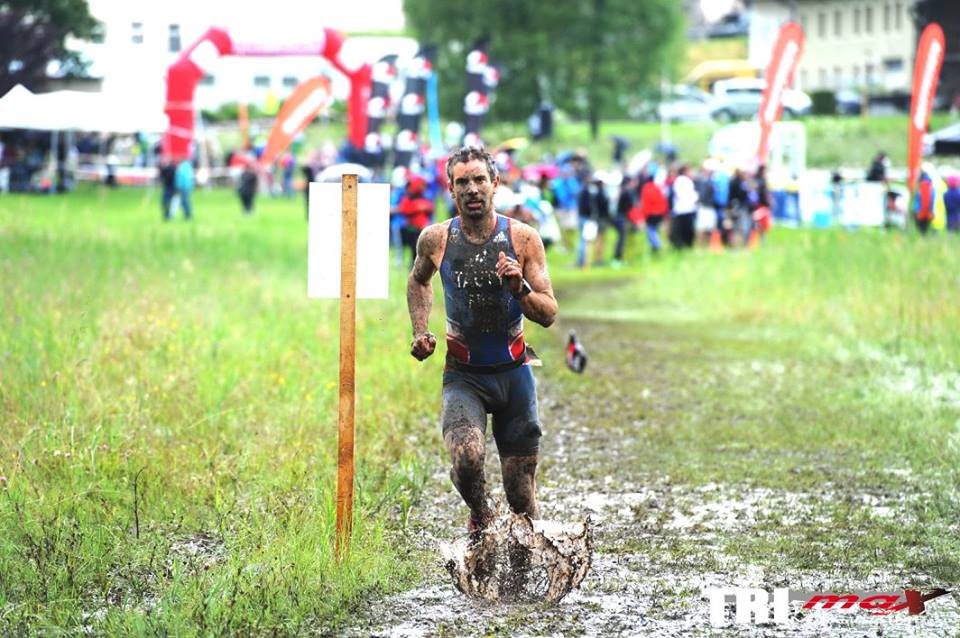 After  glorious days leading up to the race the weather Gods rebelled and it was almost impossible to tell on athlete apart from another at the end of this toughest of races. 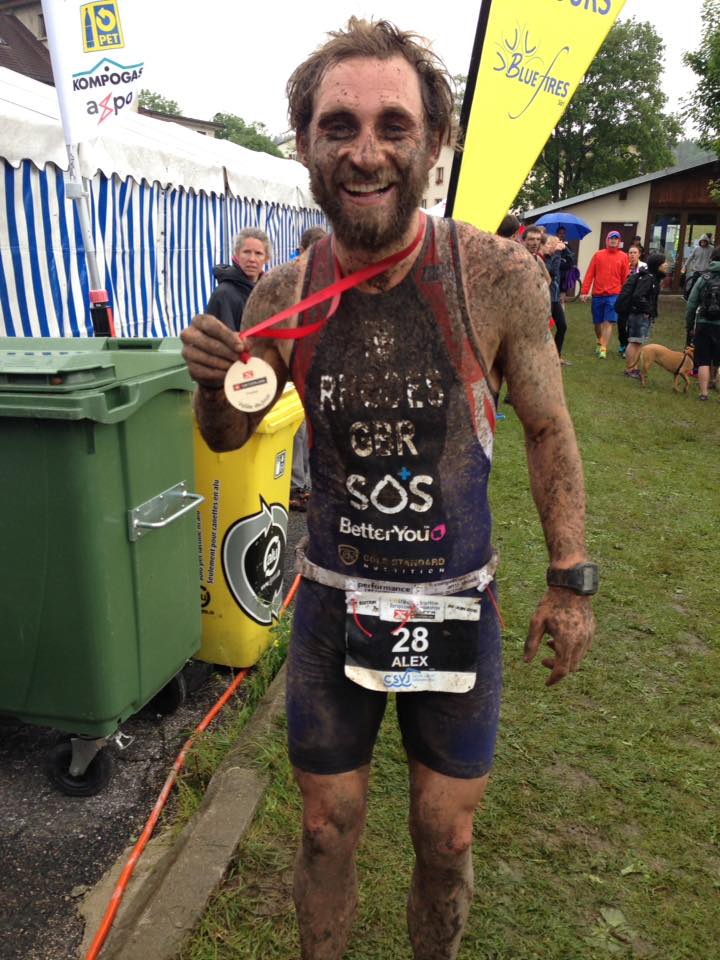 While some athletes enjoyed the warmth and sunshine in Europe, to the East, tucked just inside the North-Western part of Switzerland in the Jura, the rains made it incredibly tough for the athletes and made no distinction between Elite and Age Group. 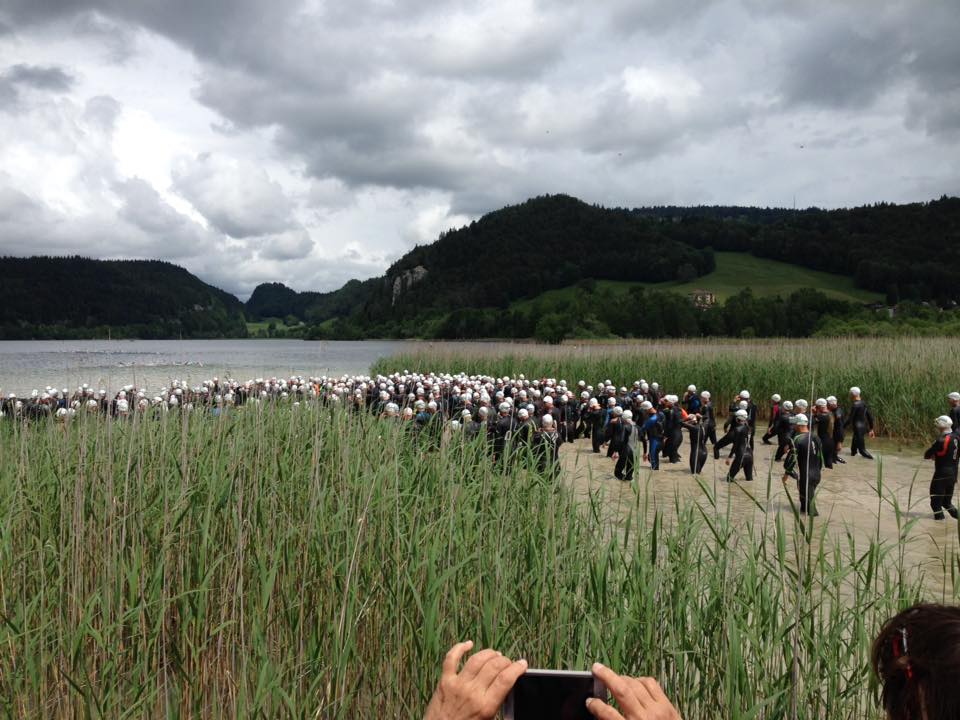 We finally have confirmation of results for the Age Group athletes and Elite Women and knew for some time that the winner of the Elite Men’s race was Spain’s Rubén Ruzafa. The double world champion has wins in Zittau and Sardegna behind him and came to the race as the man to beat. Up against him was Belgian Kris Coddens, defending his title, won in Castro Urdiales late last year. France’s Brice Daubord. We have seen more of Daubord on the standard circuit. Winner last year in Burgas he was now going to try his hand at the muddy version. 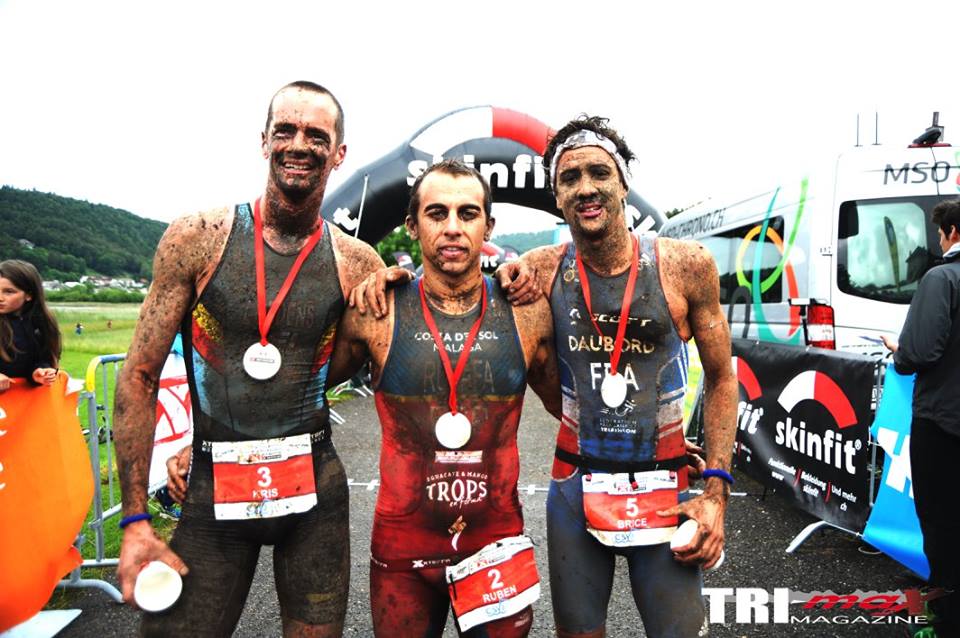 Indeed these three were the podium for the men. A huge amount of DNFs bear witness to the tough conditions that the athletes had to race under. 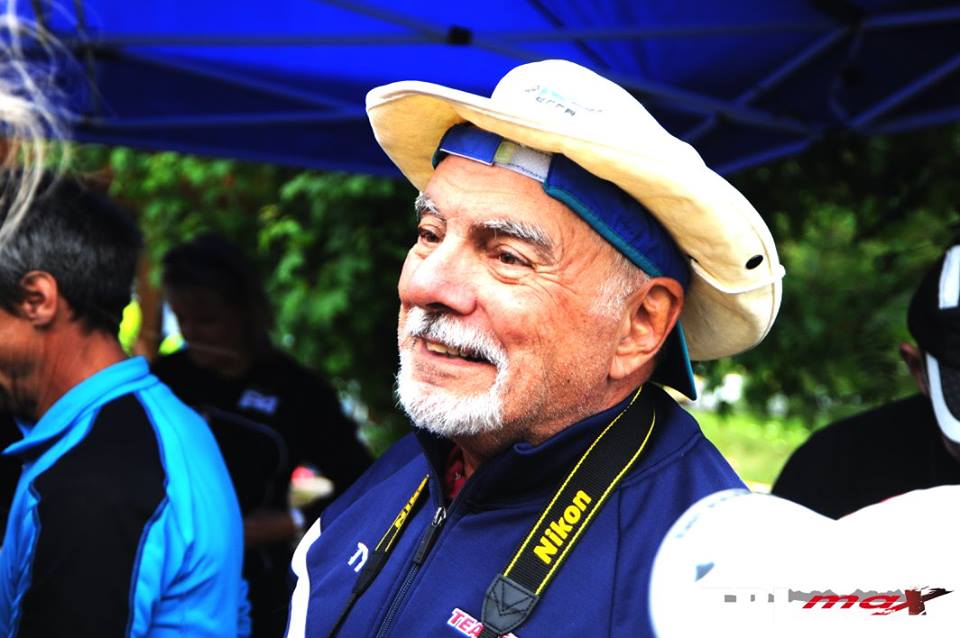 What a mess!  The day started with some sun and a breeze after a monster storm Friday evening.  “I think we’ll be good, maybe some little rain” said Thomas Vasser, head of the Sports Centre of the Vallée de Joux.  Nine minutes into the swim it started to rain, by 15 minutes it was steady and by 25 minutes it was a downpour.  Let The Mudfest Begin!

The swim was divided in three waves; pro men, pro women and then all age groupers.

German Jens Roth led big out of the water and took a nice lead early.  By 1K Ben Allen, Sam Osborne and Brice Daubord were nose to tail chasing Jens.  By 5K, 3-time World Champ Ruben Ruzafa was already up into 3rd having passed Roth in a full slide down a muddy slope and in another 2K had taken the lead. “This condition today is good for me” he smiled. “I like technical and today with the mud and steep places – I was very fast on the downhills.”” 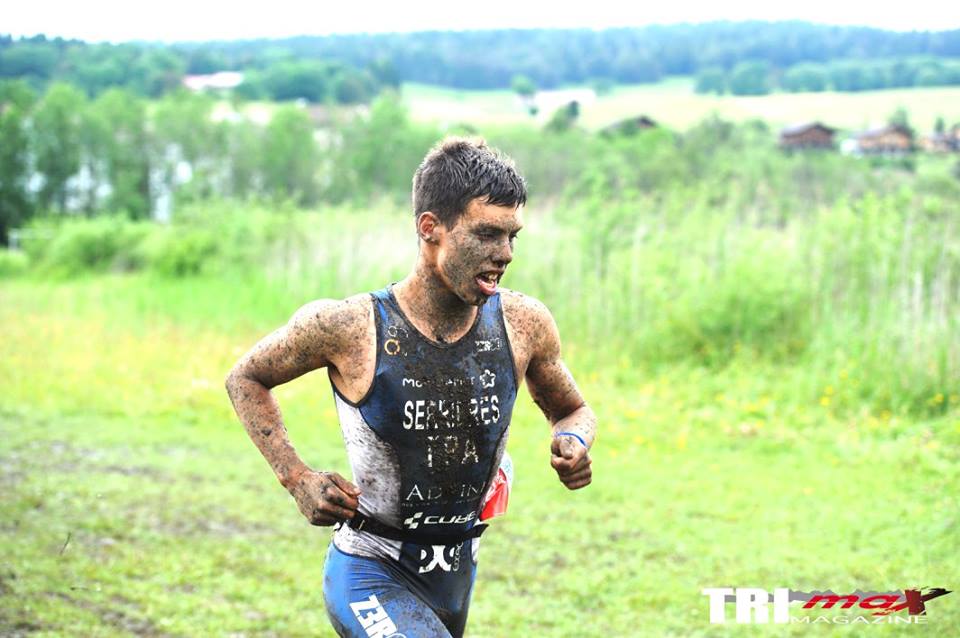 For the U23 athletes it was a solid victory for France with Arthur Serrières seeing his hours of training and racing pay off.  Wasting no time in transitions he was able to make up on time lost to the stronger Elite in the swim and pull all three elements of the race together to take the gold a full 4 minutes ahead of his nearest challenger. Silver went also to France, with Loic Doubey posting the fastest bike split. Bronze went to Marcello Ugazio whose fast running was enough to fight off any threat to his podium place.

Serrières after the race said, “A great course, where I didn’t think I’d do so well. I had a good swim and then biked well alongside my mate Arthur Forissier. Sadly he fell (but is OK). I hit T2 in a group and was about 4:30 down on Ruben (Race Leader and ultimate winner). I finished 8th overall and won the U23. The distances were a little long for me, after all I am still young and quite fragile ;-)”

Dave Nicholas continued for the Women, “The women’s swim was no surprise as ITU and former XTERRA racer from Mexico now living in France, Michelle Flipo took first out of the water.  Brit Jacqui Slack caught her by the 4K mark and started to ride away. “I really like XTERRA but my technical bike skills are not as good as I would like,” Michelle said shortly after the finish.  “I could keep up on the flats and uphills but lost time on the downhills and technical sections.”

I had to smile while interviewing her as she is a lovely woman, tall with blonde hair, but was totally covered in mud and one could only see her eyes and smile.  Jacqui Slack put in a great ride in the lead, but 33-time XTERRA winner Renata “the Swiss Miss” Bucher was the Mistress of the Mud today.  She was almost three minutes faster than Jacqui and came into T2 with the lead.  Another Swiss, Ladina Buss was 3rd and Flipo 4th. Our winner put in the fastest run of the day and picked off Buss, then Slack and finally Renata to take the lead and come home with a 2.5-minute lead.”“ 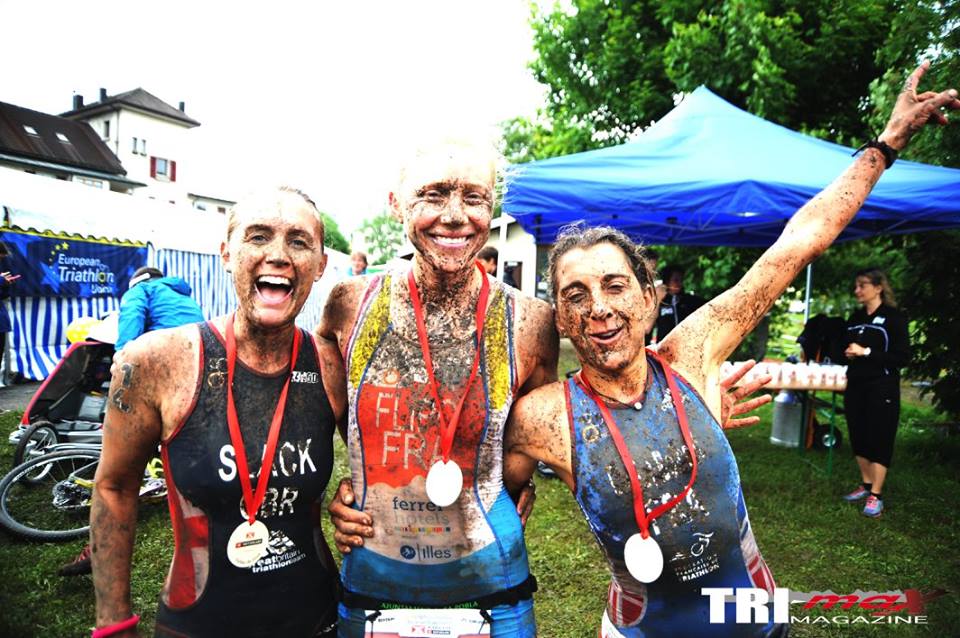 Flipo came home to take gold for France with Slack, GBR in silver and Myriam Guillot-Boisset in bronze in a thrilling sprint to the finish line that just edged out Bucher.

Louise Fox GBR coming back into form now, “I couldn’t even recognise anyone - we were all so covered in mud!” Perhaps the best insight into the race comes from Maltese athlete, Danica Bonello Spiteri “The toughest triathlon I have ever done! European Championships Xterra/cross triathlon. Decent lake swim. Getting onto the mountain bike was a serious affair. An overnight storm with torrential rain changed a fast non-technical bike course into one super muddy slippery dangerous route. It was 36km of slipping and sliding, as if riding a bike when drunk - front wheel has a mind of its own. I was thrown off the bike 6times into the mud (only the ego got injured, no physical injuries!), (saw plenty of athletes flying off bikes too!). … Mud going straight into my eyes clouding my vision, eating mud and mud entering every orifice in my body (still finding mud on me after 3good scrubs!). Also managed to puncture, but changed the tube, losing precious time, but never thinking of abandoning the race. I was never so thankful to finish a bike route in one piece, getting into transition and trading in my bike for run shoes. Alas, the run was yet another slippery mud fest from the start. … A steep 300m climb was hard on the legs with most athletes walking up, some stopping to catch their breath. … Running downhill was super slippery, so thankful of my run skills and good shoes. Finishing the race in 4hr 9min is way slower than expected, but seems everyone suffered the same fate. Lots of lessons learnt. That’s essential. Cross triathlon is a totally different sport. Needs multiple skills and keen to muster them. Always learning.”

For the U23 Women it was time for Austria to celebrate with gold going to Sina Hinteregger and silver to Denmark’s Clara Blohm Clemmensen. 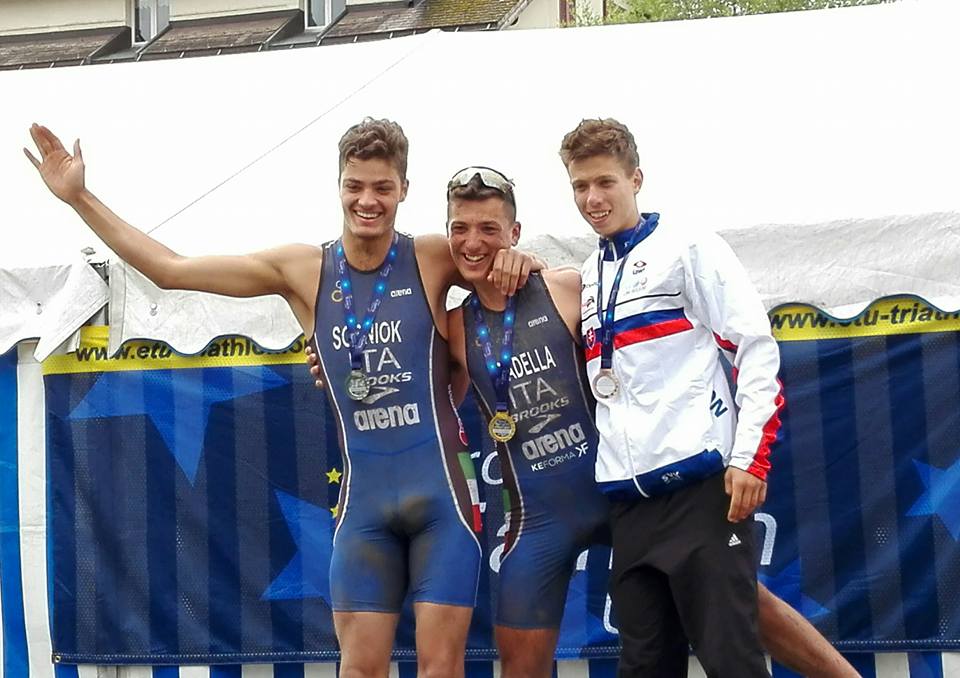 The Juniors raced a shorter distance and it was a strong bike from Italian Filippo Pradella that secured his gold. Team mate Jakob Sosniok took silver and for the Czech Republic Matúš Kozlovsky took bronze to add to his gold in Transylvania earlier this year. 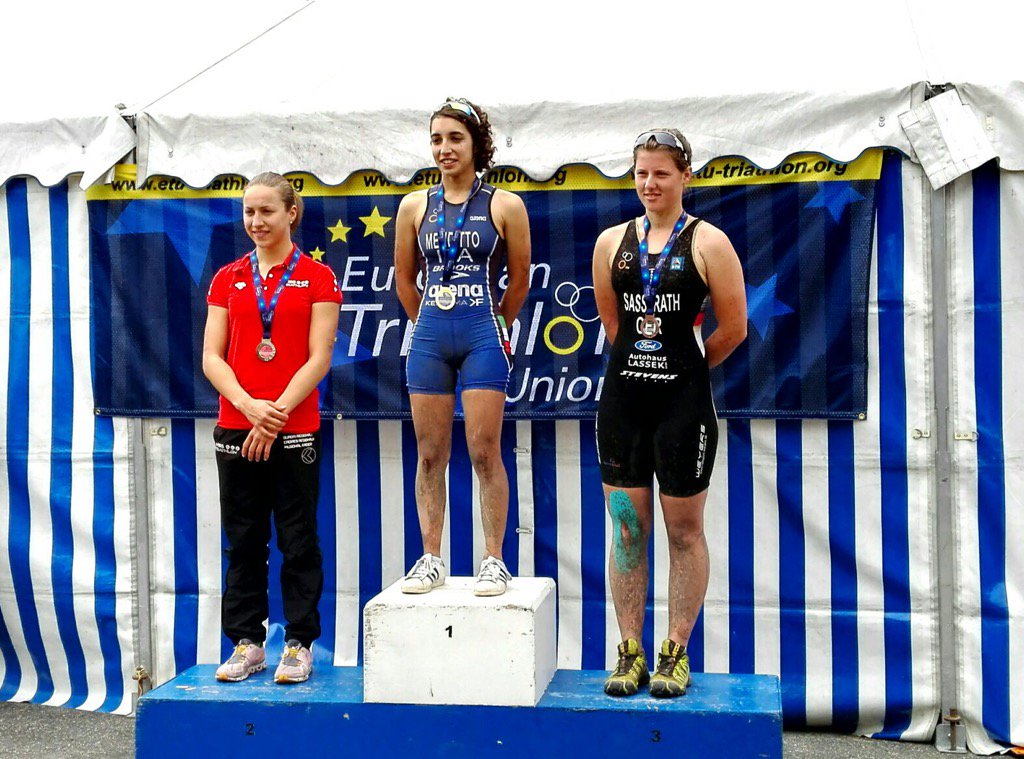 It was gold again for Italy in the Junior Women’s race. Marta Menditto. Her silver in Schluchsee has grown but it was her strong swim and bike that just did enough to keep off the much faster running of Loanne Duvoisin. Anna Pauline Saßerath GER took bronze to add to her Sardegna ITU bronze.

Next year, in the summer, with dates yet to be confirmed, the off-road specialists can head to Târgu Mureș and enjoy the superb hospitality of the Romanian Triathlon Federation for the Cross Duathlon and Cross Triathlon Championships.

It was a good day at the races for France, whose medal tally looks initially as if it is the best. We will be pulling together a medal table shortly.

Also - for those heading “Down Under” in November, click this link for all the info on the Snowy Mountains race, ITU World Championships 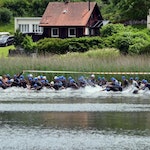 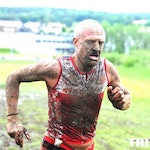 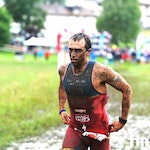 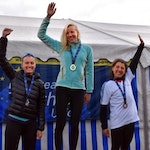 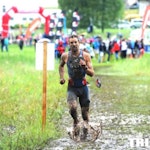 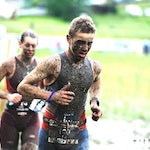 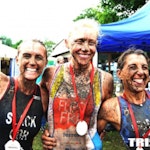 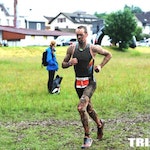 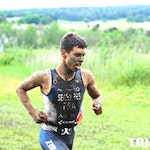 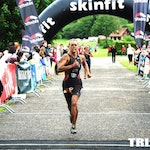 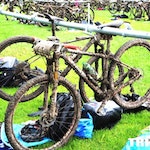 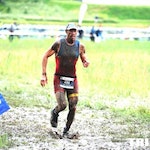