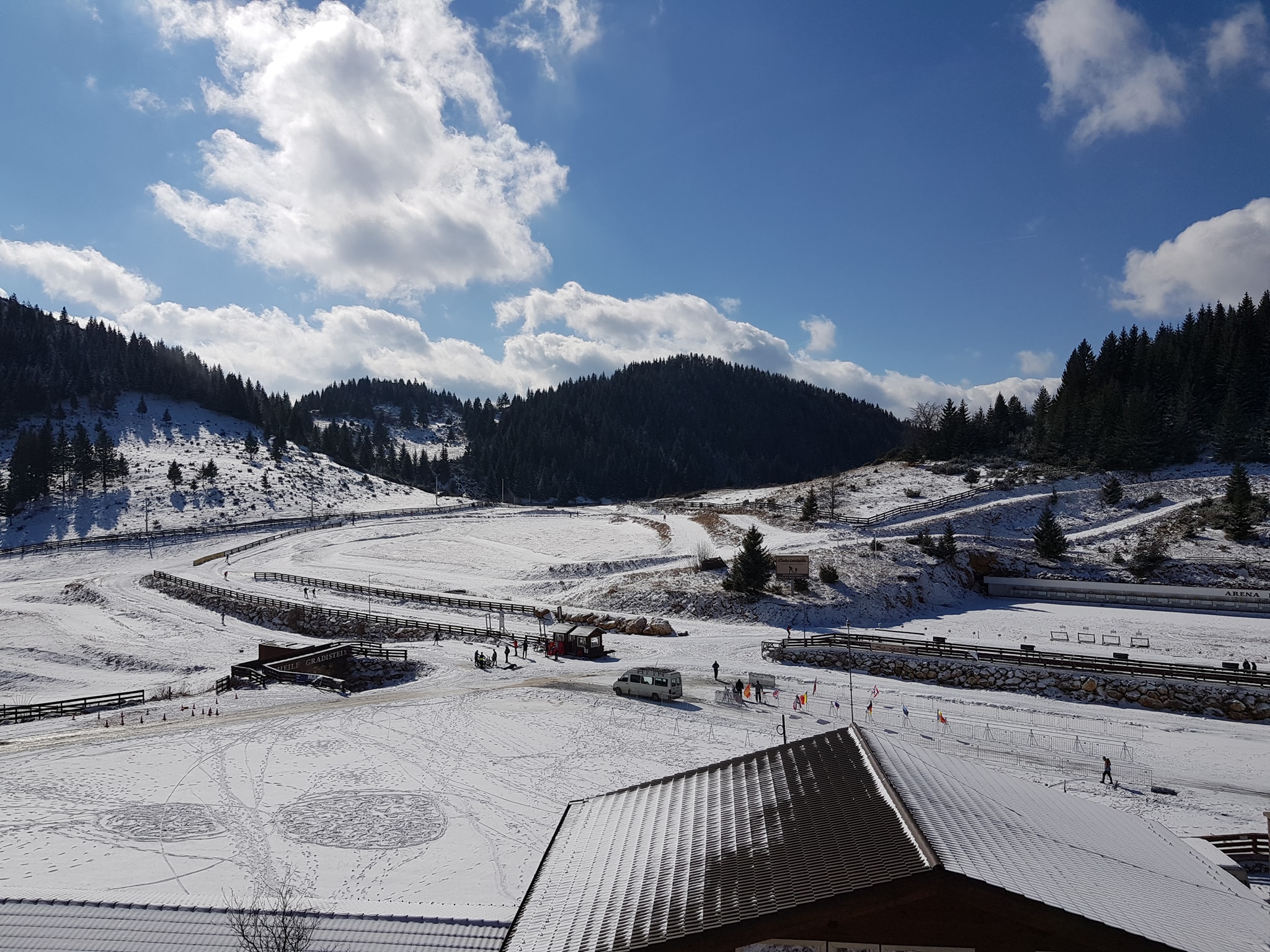 With some areas of Europe bathed in sunshine, the traditional winter sport resorts have suffered with a lack of snow and in the days leading up to this year’s championships, it looked as if we might end up with a Zeltweg-style event. Thankfully, the venue owners and a far greater power ensured that during the night before the race, sufficient snow fell to ensure that the tracks were well covered. Athletes out on the course familiarisation watched as the 70 truck-loads (each truck carrying 30 cubic metres of snow) made their way around the course, followed by heavy diggers, to provide that extra depth that was needed. With the air a comfortable -5C and the snow at -11C, conditions were pretty much ideal. 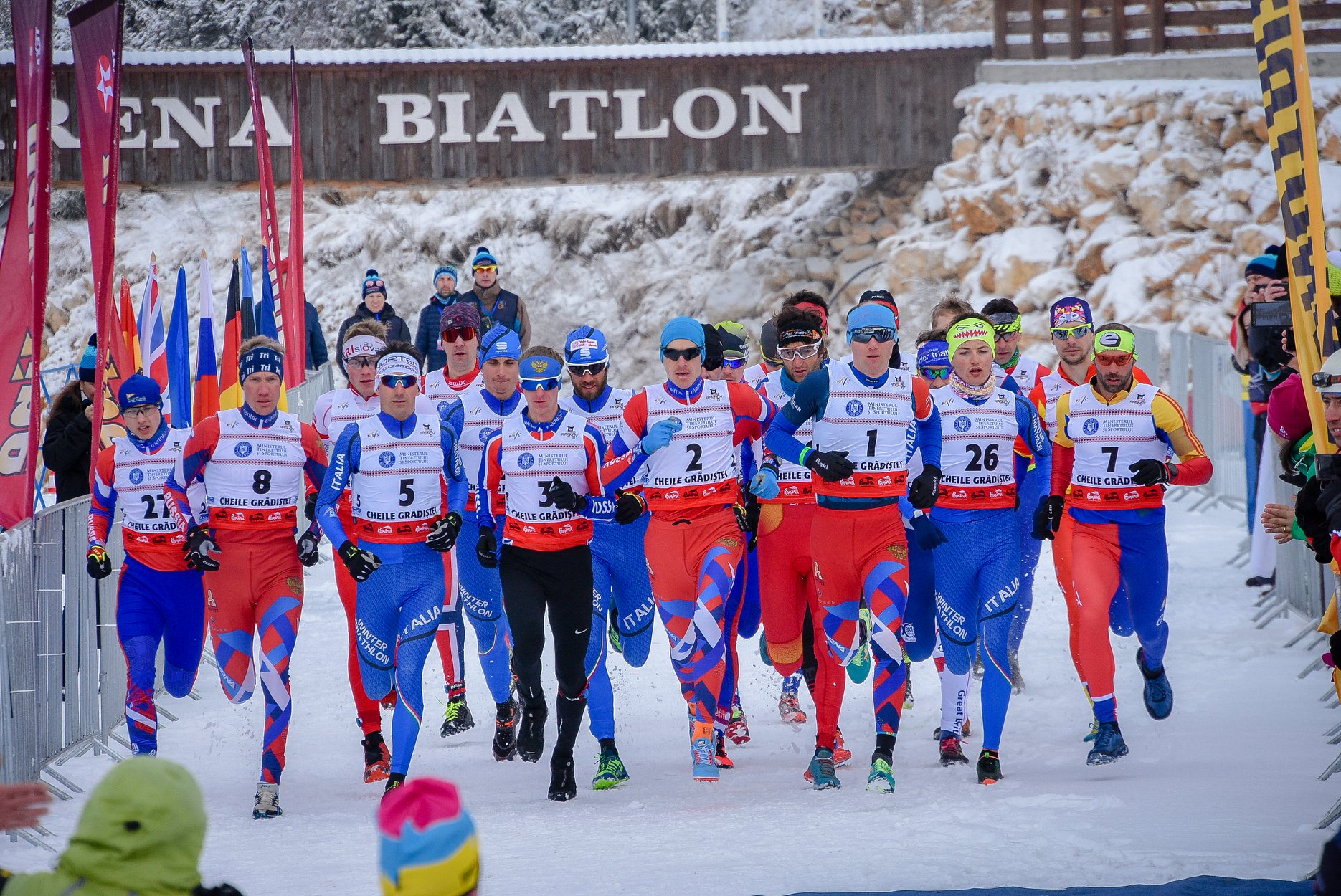 The Elite Men got to race first, with the Elite Women following a few minutes behind. Mixed in to the starts were the U23 categories, which has always made these races so much more exciting as the younger athletes seek to challenge. Having lost out here last year, it was the 8-times World Champion, Pavel Andreev RUS, who led them up the first major climb. Tucked in behind him was two-times World U23 Champion, Franco Pesavento ITA who pushed the pace.

The run course, adjusted due to the conditions, now took the athletes high above the arena and around the hill that dominates the race venue. Sunshine on one side, chilling, cold shadows on the other and with each lap a steep descent and of course a heart-testing climb. As the women reached the top of that first climb, the men were returning to complete the first lap and indeed, it was Pesavento who had edged away to lead Andreev and Dmitriy Bregeda RUS, winner here last year. To the delight of the many Romanian supporters, it was Viorel Palici who was close behind. 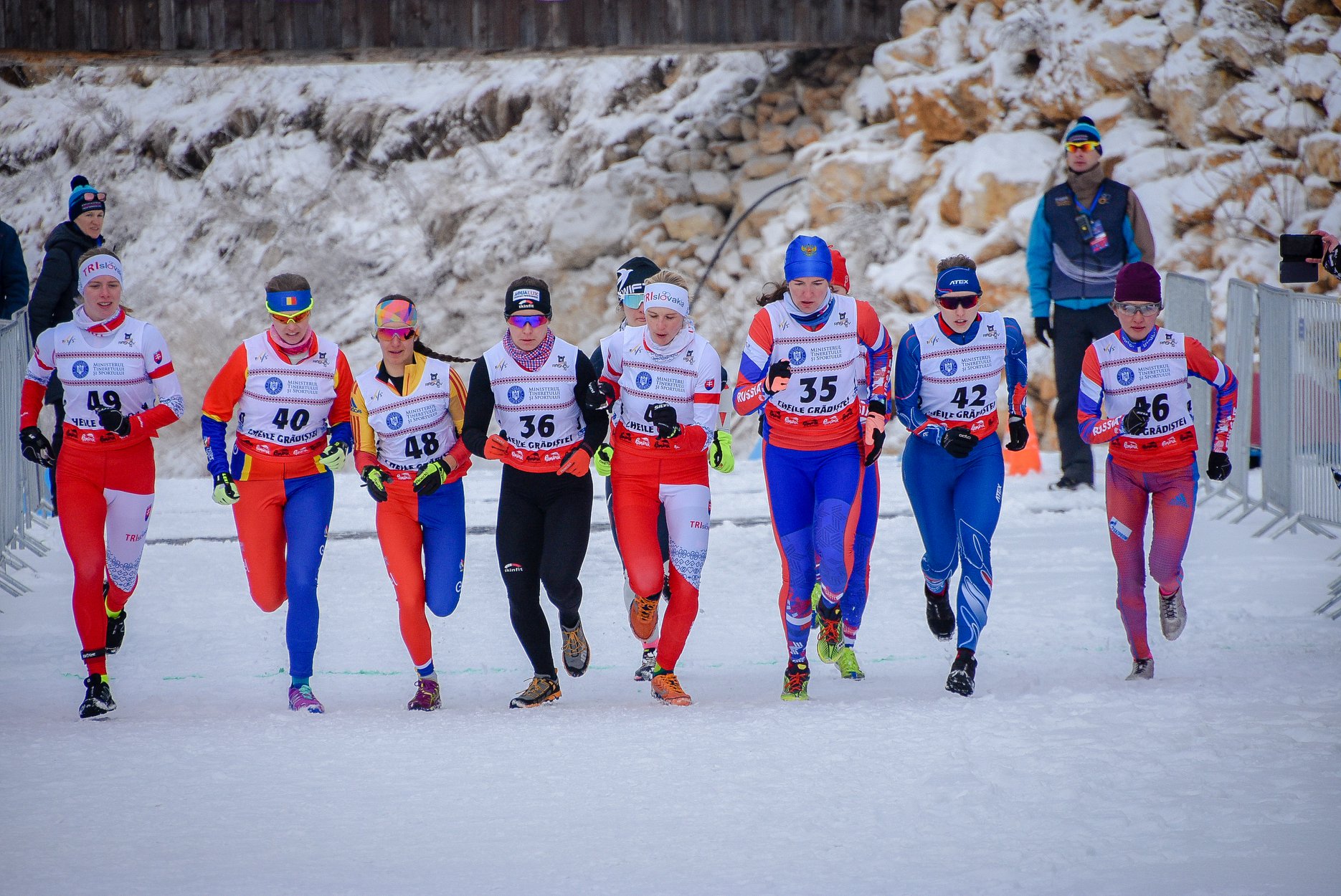 The Women’s race saw a 7-strong lead group, with all the main players. With Russia’s Rogozina not racing, the title still looked likely to go to Russia and to either Yulia Surikova, or to the reigning U23 champion, Svetlana Sokolova. The pair had raced in Asiago, with Surikova having the greater pace on the day but with each race on the Winter Triathlon circuit being different, this was looking like becoming a thrilling showdown. With Austria’s Romana Slavinec looking relaxed on the run and holding position ahead, she too, looked good for a medal. The run course was looking busy as the athletes made their way up and down the hill but it was still, for the men, an Italian uniform in the lead and for the women, it was both Russians running side by side. 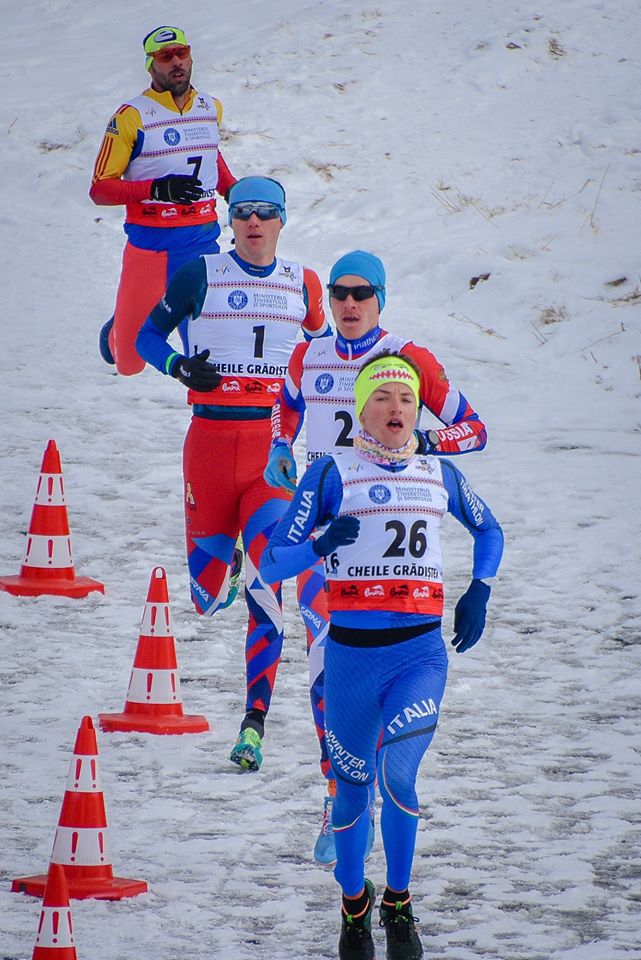 Coming into T1 it was a four-man lead of Pesavento, Bregeda, Andreev and Palici. They had a 30 second lead over the older Italians, Daniel Antonioli and Giuseppe Lamastra. 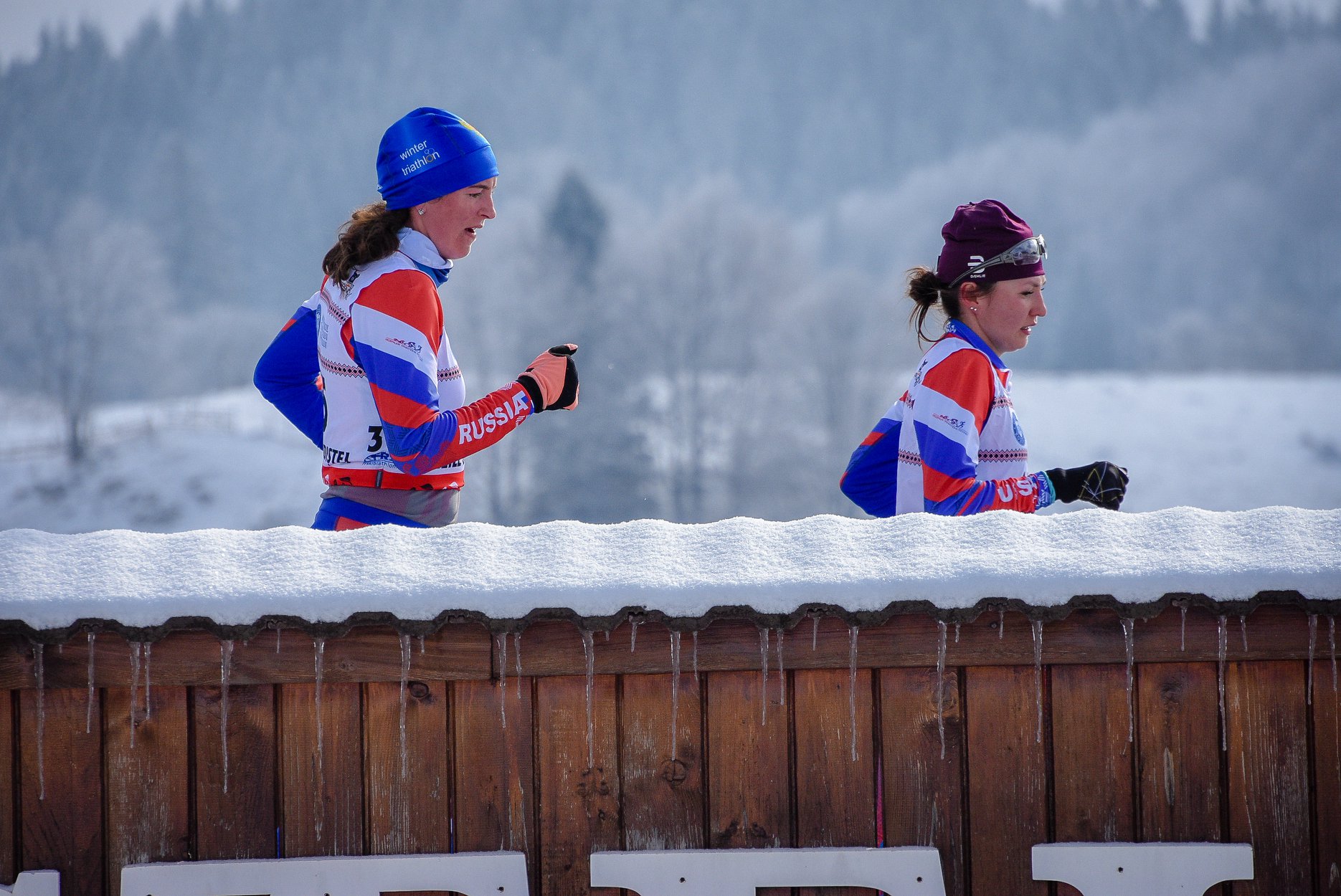 The Women’s race saw Surikova and Sokolova grab their helmets with a 20-second advantage over Maria Luiza Răşină and, with her return to Elite racing less than 4 months after becoming a Mum, Slovakia’s Kristina Neč Lapinová. This chasing pair had a small lead over Slavinec. It was the bike course, with its long sweeping sections, snappy climbs and mix of snow, asphalt and gravel that really set the tone of the race and it was here that Slavinec used her power to edge closer to the leaders. 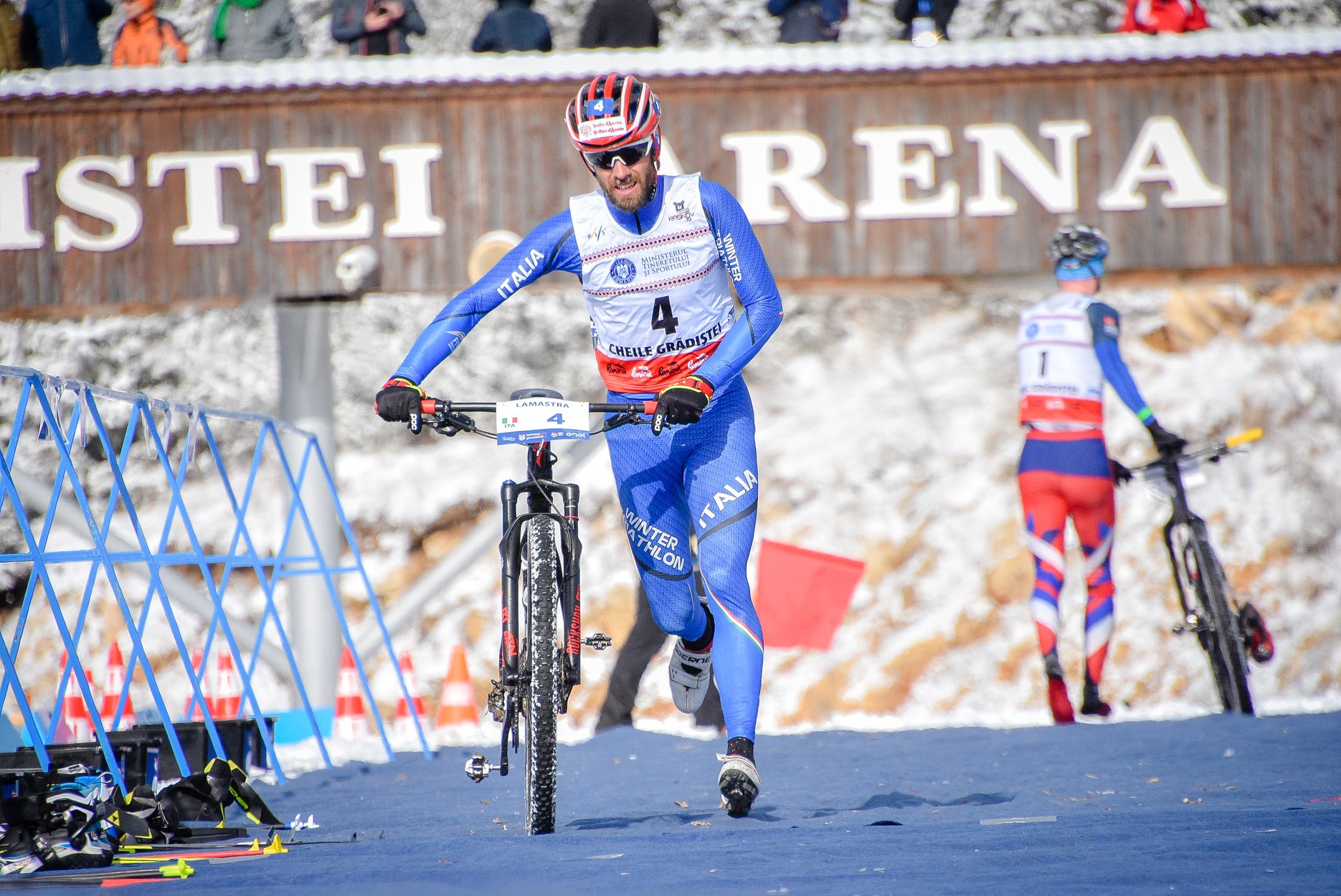 In the men’s race, Pesavento began to lose out to the greater power of Andreev and he had no answer to the attack from Lamastra, who posted the fastest bike split of the day. Lamastra’s spectacular ride took him up to the 8-times World Champion and with the final segment on the snow, the pair looked set to give us a nail-biting finale to the Men’s race. As Andreev dismounted, his bike shoe came out of the cleats and skidded away into the middle of the dismount zone. The Russian did not hesitate. He stopped, went back to pick up the shoe and to place it carefully in his equipment box. 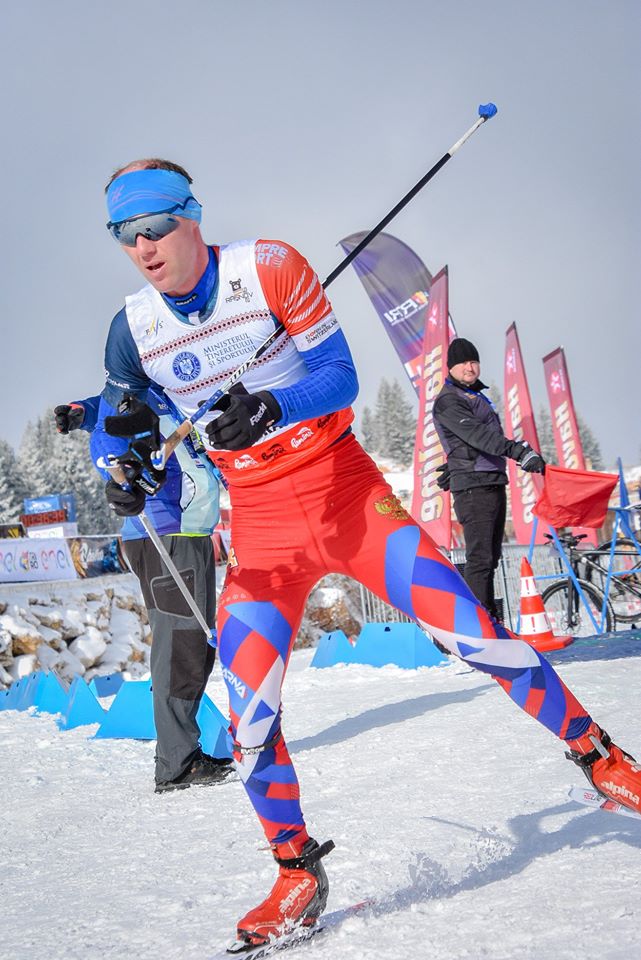 Losing only a few seconds, he was still away on the skis ahead of Lamastra and despite digging as deep as humanly possible, the Italian could not catch Andreev, who went on the claim his 7th European title. Lamastra, to the delight of the Italian supporters, added the European silver to his Italian title and then the news came through that Palici had powered his way past Bregeda to bring home a bronze medal for the host nation. 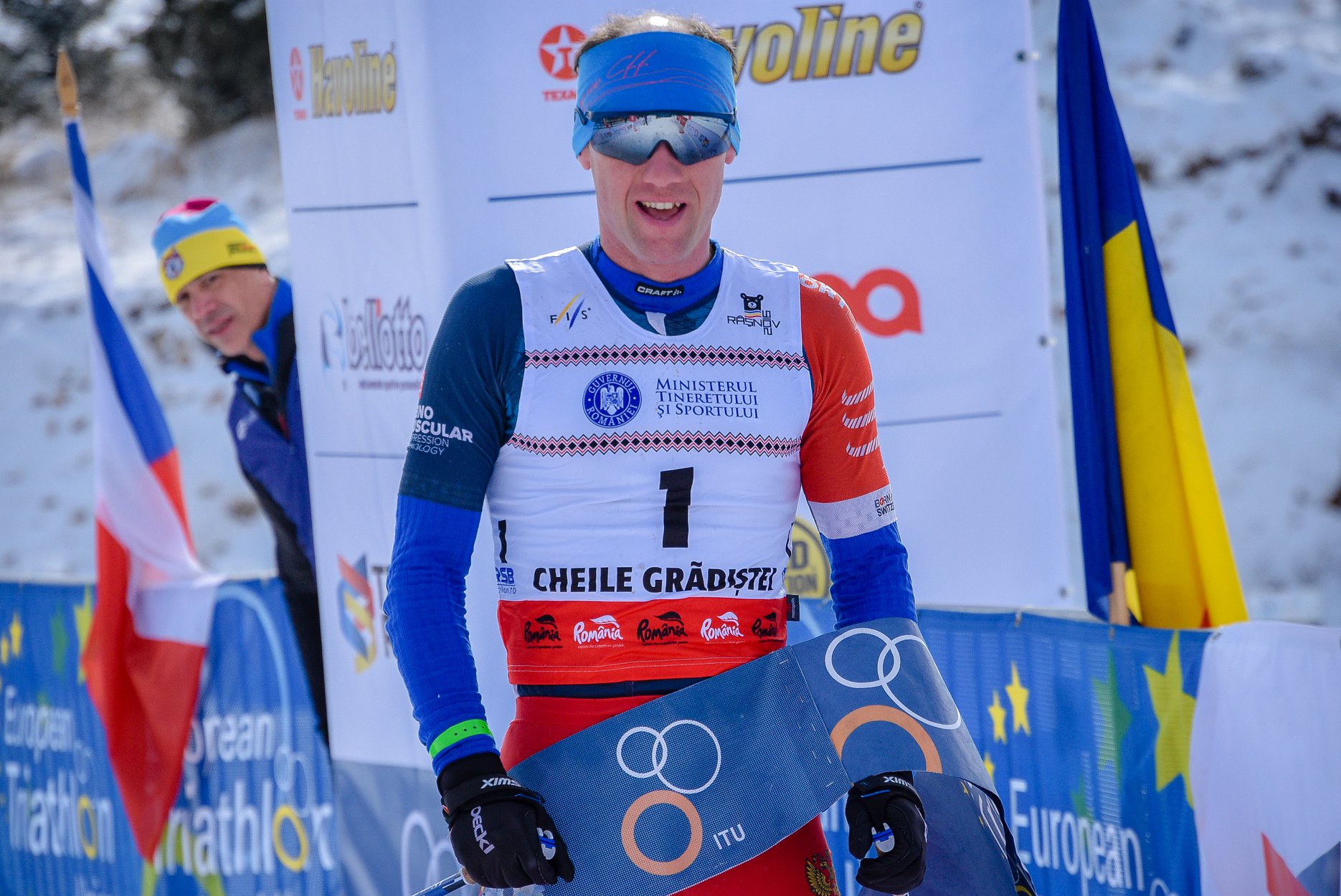 With the excitement of the men’s race still buzzing, our attention went to the women and here we saw superb piece of riding from Sokolova that took her away from Surikova by some 20 seconds. 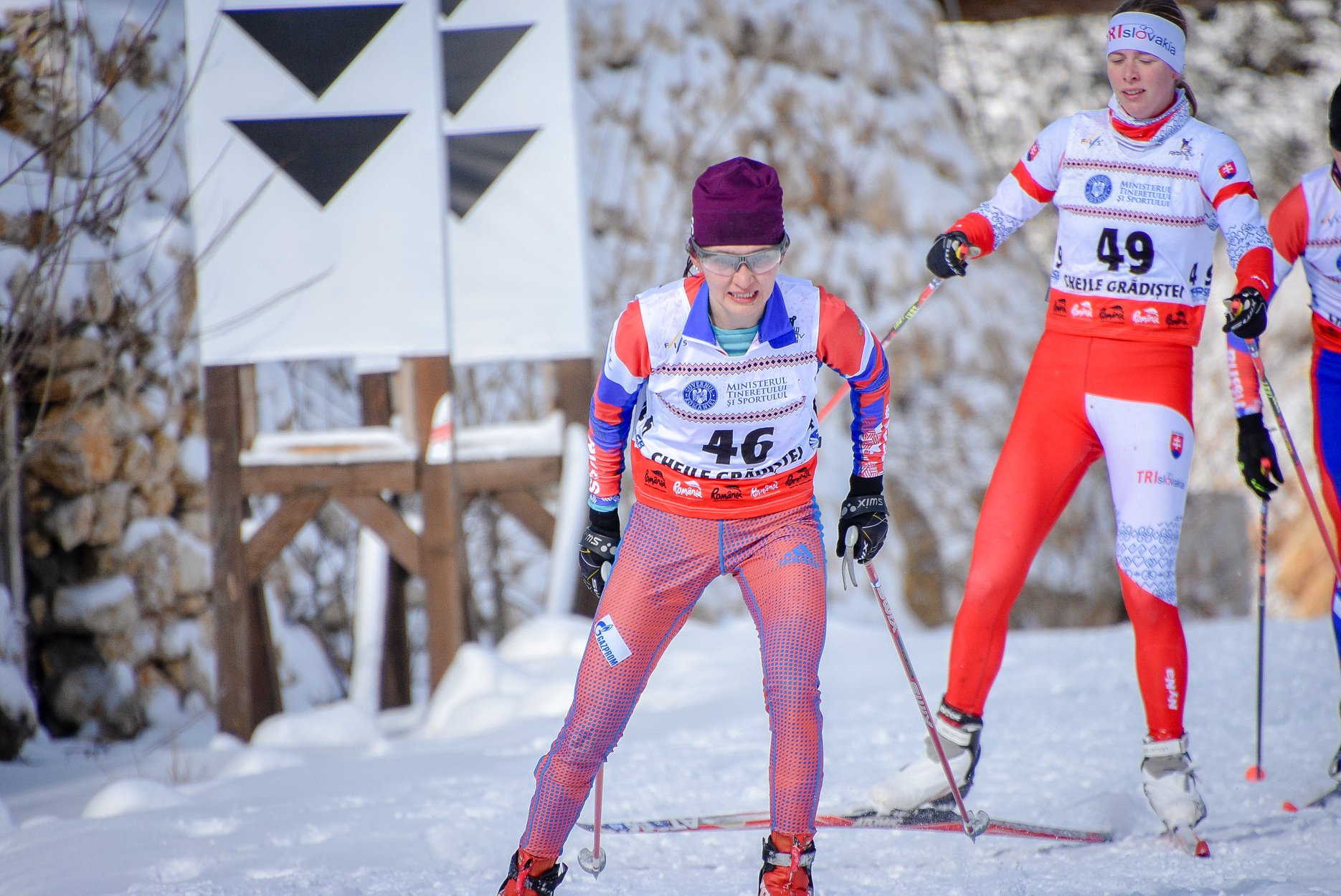 With such a lead it looked unlikely that Surikova, silver medal winner here last year, could catch her and Sokolova was soon catching up and overtaking athletes on her way to gold. 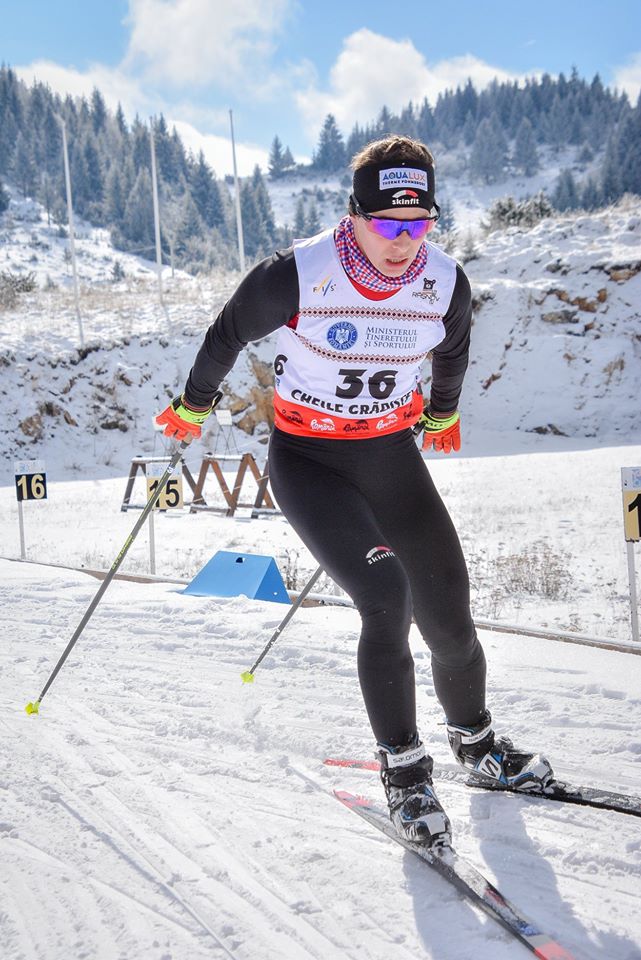 Out on the ski course and Slavinec was looking strong. Her technique was text-book and she appeared to be catching the tall Russian and making a bid for the silver medal. 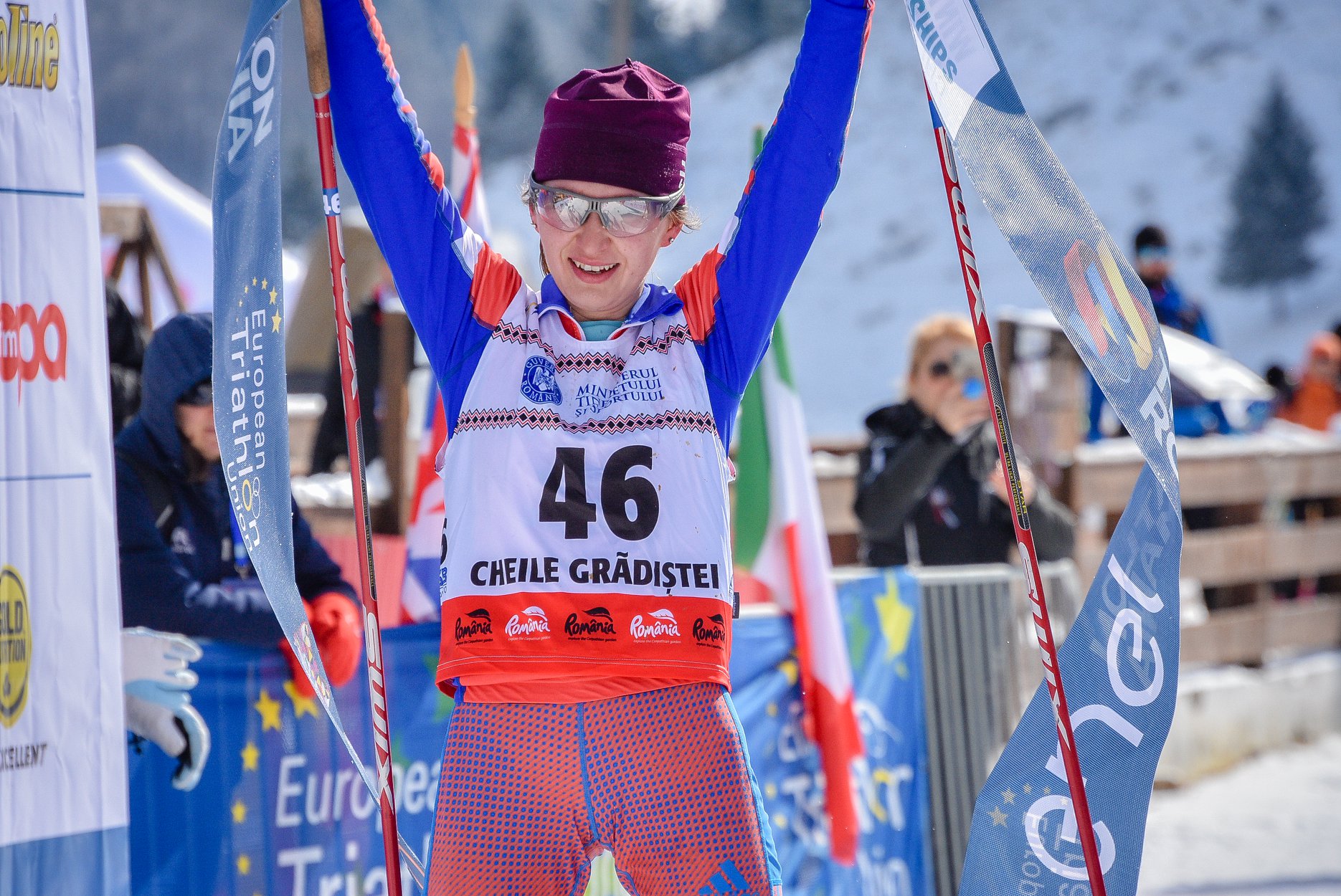 Sokolova came home for gold and had time to catch her breath, pose for photos and then, as the cheers rose, turn to see her teammate approach the finish chute. With a momentary lapse of focus, Surikova sped past the turn off into the finish chute and continued for what would have been an extra ski lap. Realising her mistake, she picked her way back, avoiding the path of any on-coming athletes and to her horror, saw that Slavinec had timed her sprint perfectly to claim the silver ahead of her. “кошмар” but at least a medal and, as a qualified technical official, Surikova knew very well that she had to enter the course at the point she left it to avoid any form of penalty.

For the U23 Men, it was a well-earned victory for Italy’s Pesavento and silver was the reward for Slovakia’s Mario Kosut who was so strong on the run and bike. Kosut was 5th here last year but has been working hard on his off-road skills and his silver was well-earned. Bronze went to Russia’s Ivan Zalavtsev, to match his 2019 bronze. The Women’s U23 race was dominated by Sokolova, who went home with both crowns but Romania has a good future with Maria Luiza Răşină, whose performance in Asiago made many sit up and look. Her silver medal, behind the dominant force of Sokolova and ahead of Slovakia’s Lydia Drahovská was impressive and a clear indication that her Asiago silver was not a fluke. 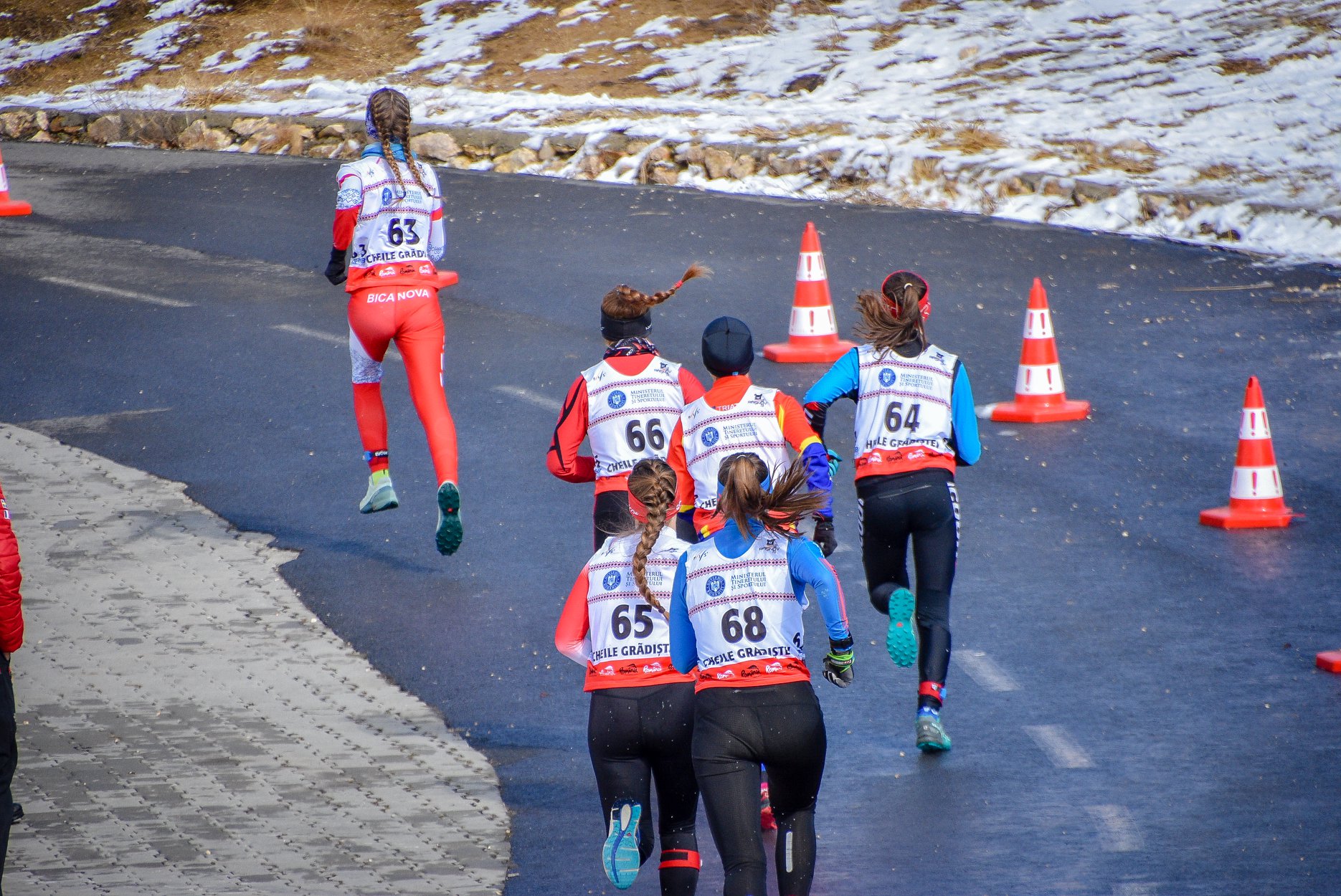 The Juniors raced next and in far different conditions. It was in the women’s race that we saw a stand-out performance from Slovakia’s Margareta Bičanová. She hammered the run, opening up a massive lead and then, out on the bike, piling on more misery fro the chasing Russian pair Polina Sadovaia bronze medal winner in Asiago and Anastasiia Nepomilueva. Both Russians were quicker on the skis but the lead was too much and a delighted Bičanová goes away from Cheile Grădiştei with her first title. 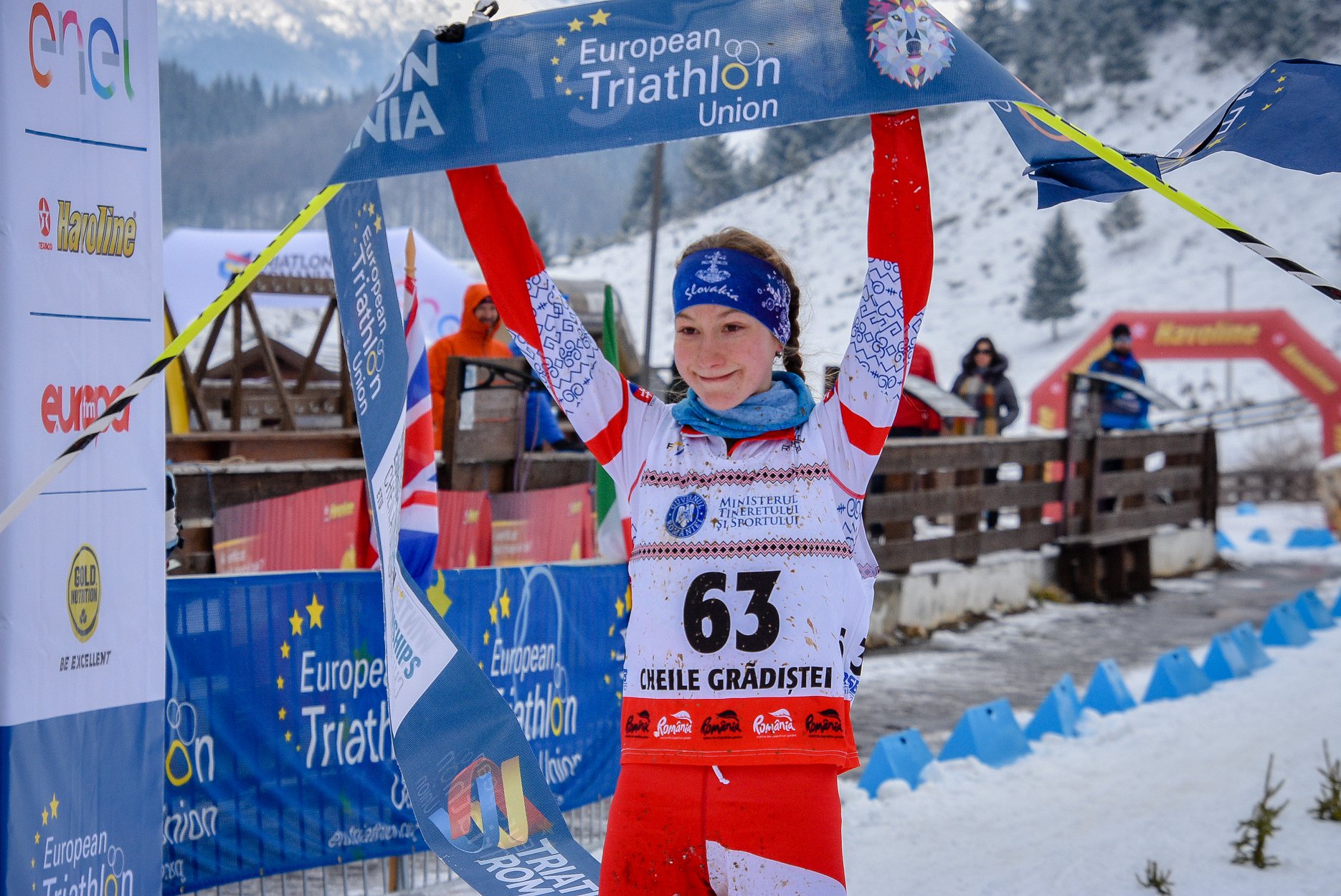 The Junior men would give Russia’s Vladislav Semenov a chance for redemption after losing out so badly in Asiago. 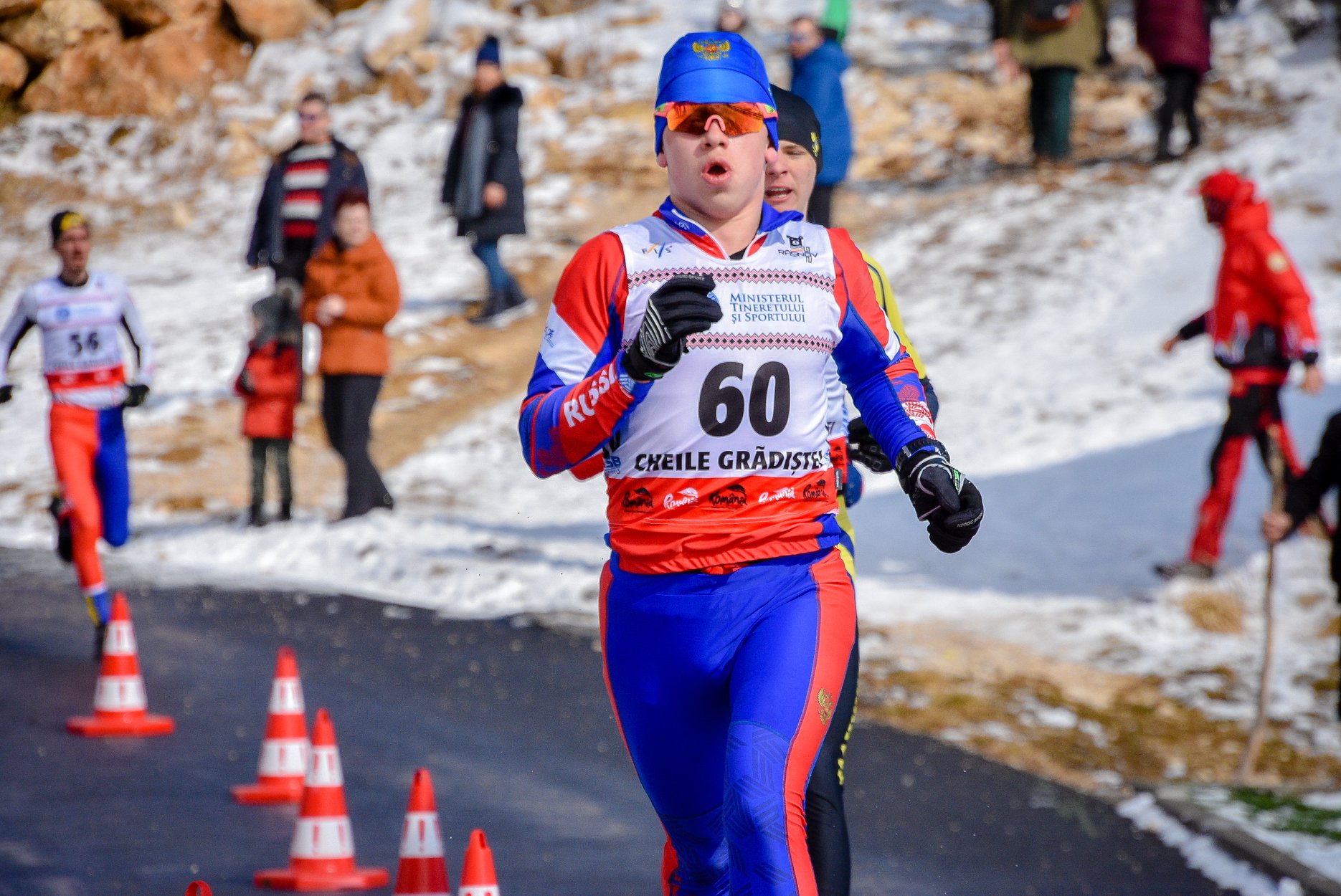 He took the challenge and, from the very start, he powered away but had Yaroslav Kurilenok, who won silver in Asiago, stuck with him on the run and, with a kick, entered T1 with a small advantage. Semenov soon attacked and, out on the bike, was unbeatable. He opened up a lead that would allow him to ease back on the final segment and for him, the European title. Kurilenok claimed silver and, for Team Russia, it was a clean sweep with Dmitrii Zotov rounding off the podium. 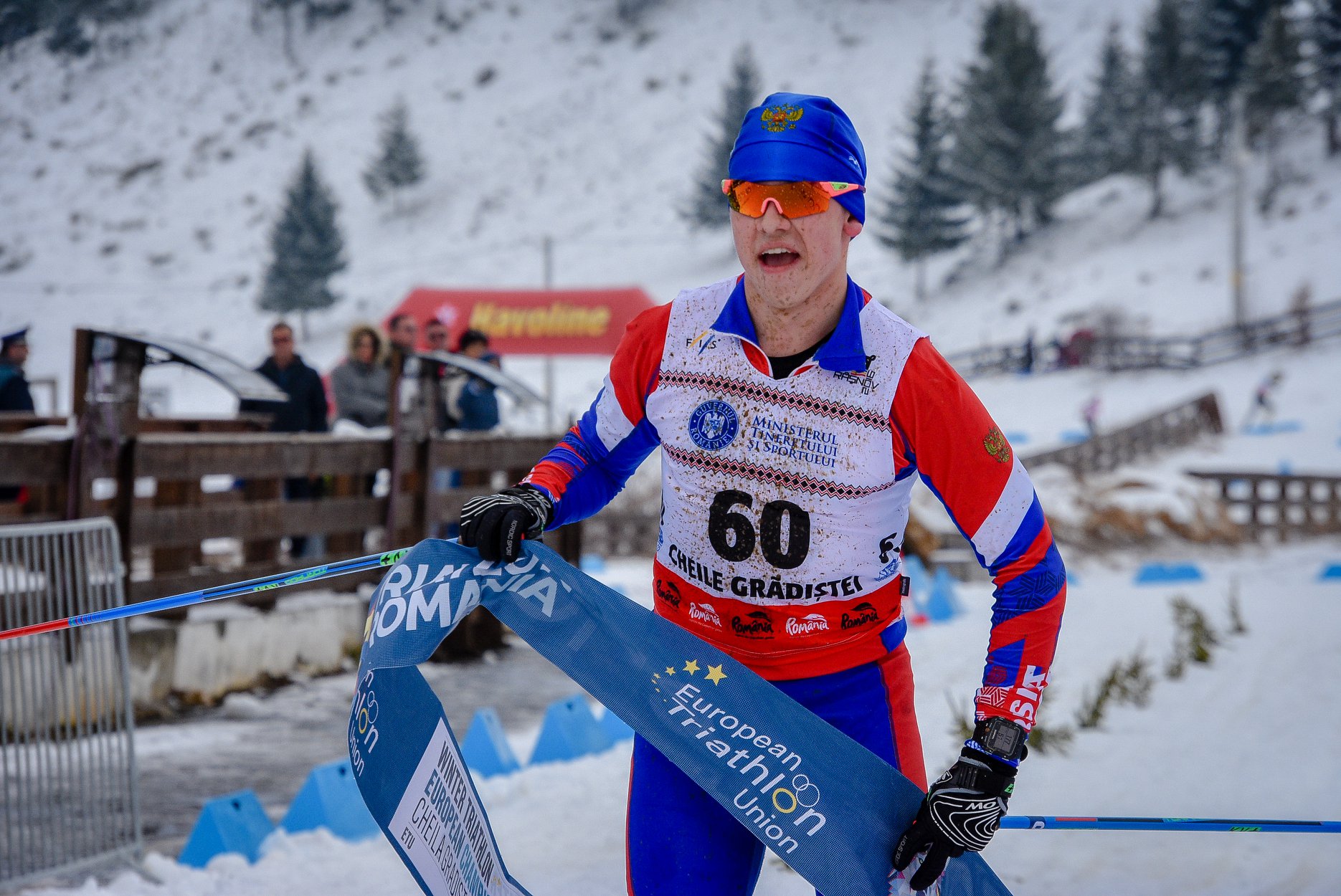 The photo albums have been provided by the Race Organisers and their photo team, led by Radu-Cristi. Elite, U23 - Men and Women  Juniors – Men and Women.

With the excitement of the Elite races now over, it was time for the Age Group athletes to race. We will prepare a special report for them in the next couple of days but for now, in the glorious sunshine of this fantastic venue, it’s goodbye and a safe journey home, from ETU Media. 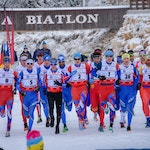 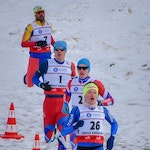 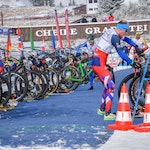 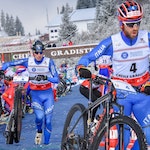 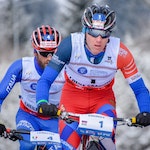 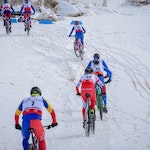 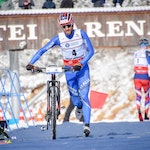 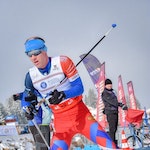 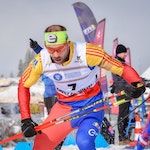 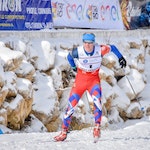 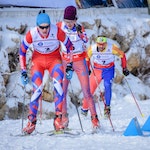 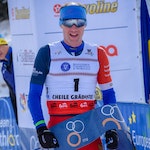