Lindemann and Studer are 2021 Elite European Champions in Kitzbühel 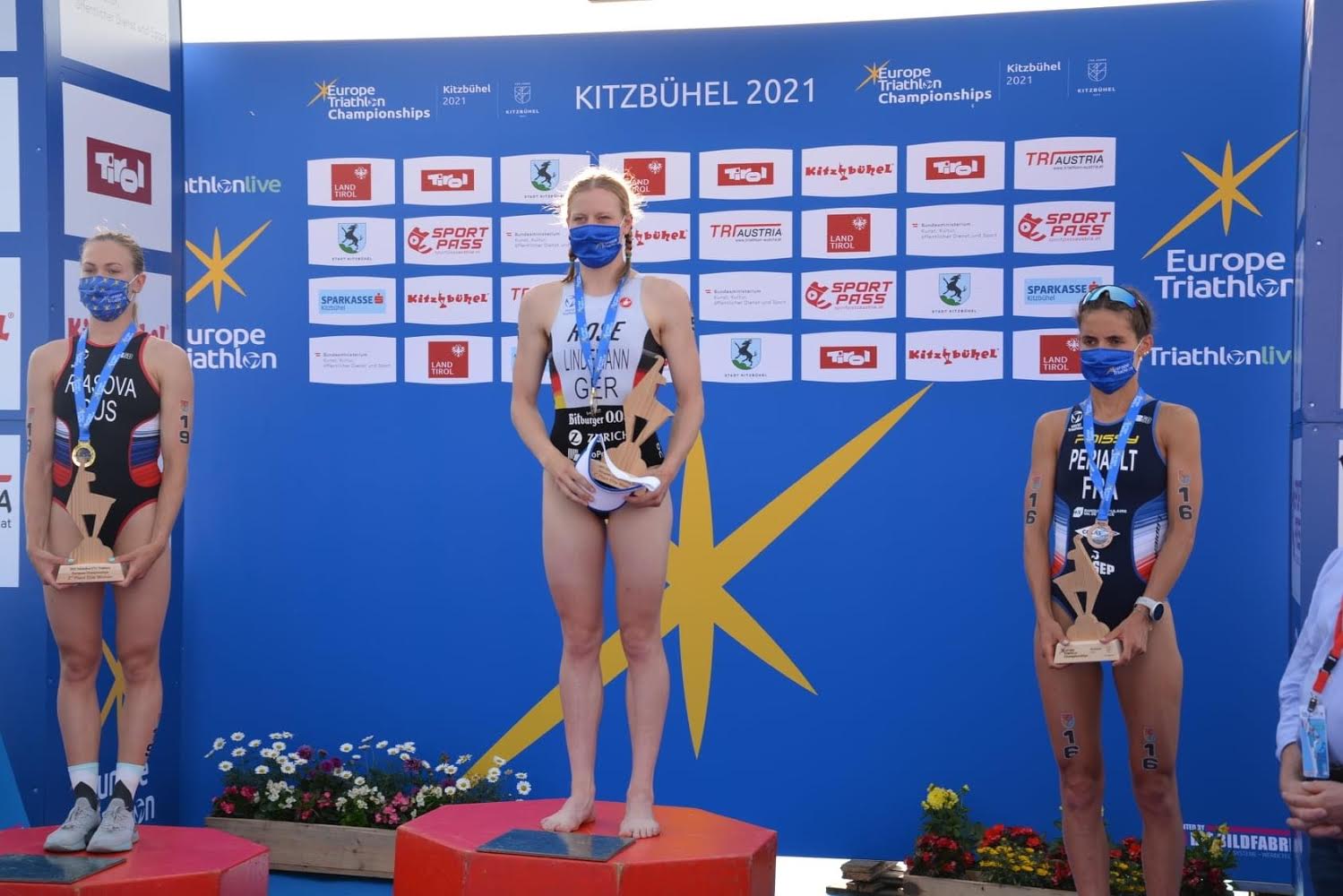 Hot was the most pronounced word during this European Championships. The strong sun and the extreme heat was the real protagonist of the weekend. Many athletes in fact were not prepared to face such tough weather conditions especially if you think about the Austrian Alps. And you would expect a fine cool summer temperature. This was not the case. But triathletes are strong warriors and nothing can stop them!
The elite field of play was incredible. Most of them are ready for the Olympics and did not miss the event as it could have been an important launching pad for it. Among the the star was Nicola Spirig who at her third Olympic Editions is the real triathlon highlander. In the elite women the swim exit was led by the Brit Mathias, Rainsley and Alden, followed by Schoens (NED) and Riasova (RUS), Lindermann (GER) and Lombardi (FRA). During the bike Lindemann set immediately a strong pace to the group so as to try to divide it more than once. It was definitely a showdown of her great possibilities to the others. In T2 the group arrived anyway compact and, Annan (SUI) was the fastes to start running, but on her heels Gomez-Islinger and Lindemann (GER), Mathias (GBR), Spirig (SUI) and Schoens (NED) were not decided not leave her not even a second. After first run lap was  Periault (FRA) who was leading, and  Riasova (RUS), both trying to breakaway from Lindemann (GER). Nevertheless her running performance was astounding, leaving no space to anyone. Laura Lindemann claims victory and is the new 2021 European Elite Champion with the time of 35:21, second and silver medal for Valentina Riasova (RUS) that managed in this case to win also the U23 European title in 35:27. Leonie Periault (FRA) in third in 35:27, losing the sprint finish with the Russian.
In the men’s elite after the swim led by the Italian U23 Crociani and Strada, together with Dévay (HUN) tried to breakaway but the group of chasing athletes had no intentions of giving them the chance of be in front. It was too dangerous to give space to outsiders who, with such a short and fast course could gain an advantage from the situation. The chasing group in second lap took them and they all together came to transition. Richard (FRA) fast and furiously left transition in first, behind Dickinson (GBR), Georgenthum and Berland (FRA), Azzano (ITA), Wild (NZL) and Batista (POR). After first running lap is Studer (SUI) to take lead with Serrat (ESP) and Wild (NZL) who obviously could not claim the European classification. Max Studer (SUI) crossed the blue Finish Arch alone with the fastest run in 32:03. He is the 2021 elite European Champion in kitzbühel. In second place Antonio Serrat Seoane (ESP) in 32:09 and bronze medal for the French Tom Richard in 32:16.
Elite men
Elite women