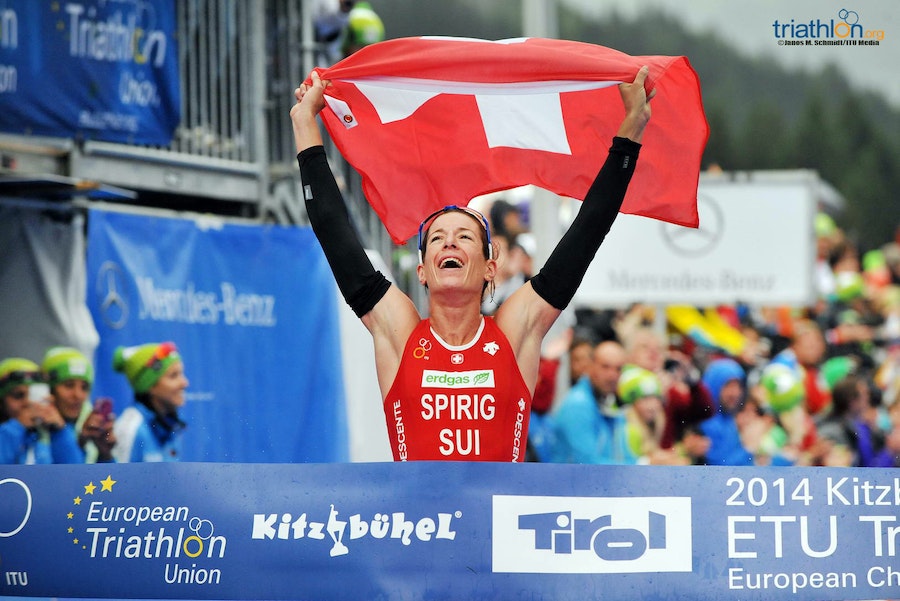 The battle for the title of 2018 European Champion will once again be fierce as 45 women take the stage this Thursday in Glasgow, including legends of the sport such as Switzerland’s Nicola Spirig vying for her sixth title and rising stars like France’s Cassandre Beaugrand looking for the first of her career.

The calm waters of the Strathclyde Country Park lake will be the venue for some brilliant swimmers including Britain’s Jessica Learmonth. The current European champion still finds it funny that she hated swimming when she was a kid, having now ended up being one of the first out of the water on the international circuit in the majority of her recent races. Currently ranked 5th in the WTS, she won the first major title of her career last year when she claimed the European crown, and followed it up with a silver medal at this year’s Commonwealth Games in Australia’s Gold Coast.

Learmonth won’t be able to count on the support of her usual WTS teammates, however, with neither Vicky Holland, Non Stanford nor Georgia Taylor-Brown competing in Glasgow. She will, however, team up with one of the rising stars of British triathlon, former track Olympian Beth Potter, and 2016 European champion India Lee.

At the same time, many eyes will be set on one of the legends of the sport: Nicola Spirig. At 36 years of age, and with gold and silver Olympic medals to her name, the Swiss hero is not only back on the ITU circuit after giving birth to her second child, but aiming squarely for the Tokyo 2020 Olympics. She also desperately wants a sixth European title, having won her first back in 2009 and most recently in 2015.

Another athlete dealing with the pressure of expectation will be Cassandre Beaugrand (FRA). The young French star claimed her first WTS victory just a matter of weeks ago in Hamburg, followed it up with a brilliant leg in her team’s gold-winning Mixed Relay and in the process underlined her reputation as one of the strongest runners out there.

Also fast on their feet are Claire Michel (BEL) and Laura Lindemann (GER), both ready to fight for the podium on a course that suits them well; pretty flat on the run but with some testing hills to be found on the bike course.

Among the other names to watch will be Melanie Santos (POR), Leonie Periault (FRA) and Anna Godoy Contreras (ESP), all with recent performances strong enough to suggest they have what it takes to be true contenders in Glasgow.

The women will take the stake at Strathclyde Country Park on Thursday at 13.15 local time. Follow the race live on https://europe.triathlon.org/live and on social media via the hashtags #ECGlasgow or #TheMoment.