European Athletes dominate the first day of racing in Lausanne.

The home advantage was not really a factor today in Lausanne as first the Junior and then the U23 athletes delivered truly stunning performances at the ITU World Championships. 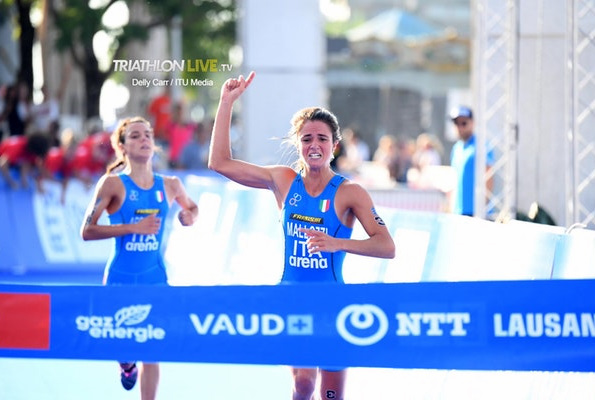 In the youngest category, Italy was the dominant force in the women’s race, with gold and silver going to Beatrice Mallozzi and Costanza Arpinelli respectively.  Jessica Fullagar rounded off the podium to ensure that the medals stayed amongst the European athletes and Erin Wallace split the southern hemisphere pairing from New Zealand and Japan to claim 5th. With Nora Gmür and Anja Weber flying the Swiss colours high, 7th and 8th place was also filled with the pride of Europe. One race, 6 athletes in the top ten. 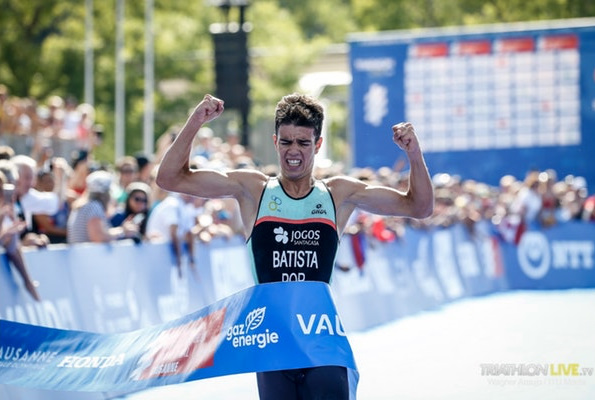 The men’s race was again a bumper bonus for the European, with the world title going to Ricardo Batista POR. Sergio Baxter Cabrera will forever be looking at his T2 time and wondering, “what if?” as he came so close to the silver, missing out on the run despite a valiant charge at the line. Bronze to Spain. With 4th, 5th and 6th place going to Boris Pierre, Paul Georgenthum and Levente Karai, the celebrations will be loud and long in the French and Hungarian camps tonight. Alessio Crociani,
Eric Diener and Simon Henseleit finished off the top ten to give more delight to Team Italia and to put Germany in a great mood. This race saw 8 Europeans in the top ten.

ETU has long been focussed on delivering training and resources to our youngest athletes and the programme, led by Željko Bijuk and his dedicated team of coaches certainly appears to be working well. If we look further down the results sheet (11-20), we see athletes from Israel, Czech Republic, Russia, Denmark, Sweden, the Netherlands, Austria and Spain featuring a further 15 European athletes. 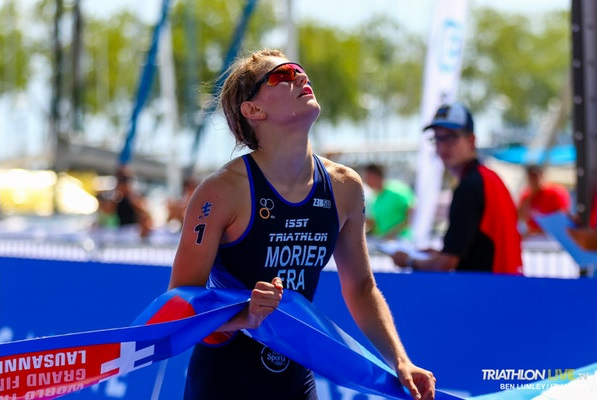 The juniors gave us a taste of things to come as the U23 titles were secured to Europe with victories going to Emilie Morier FRA and Roberto Sánchez Mantecón ESP. 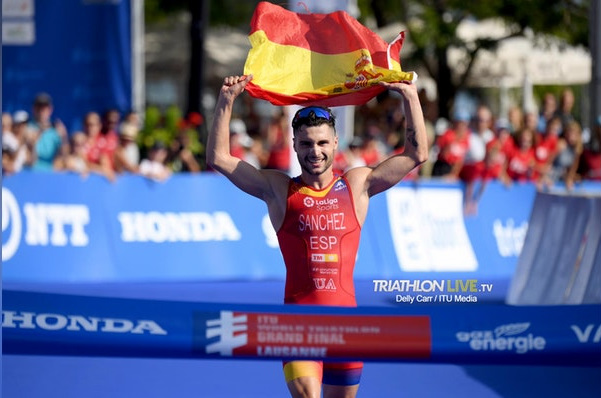 Behind them came a whole string of talent, with Olivia Mathias GBR claiming silver and Lisa Tertsch GER, bronze in the women’s event and Csongor Lehman HUN having greater pace on the day to take silver ahead of Israel’s Ran Sagiv, who makes history as the first Israeli athlete to win a medal at the Triathlon World Championships.

ETU Development Camps have been running now for many years. ETU has also been holding the very successful ETU Youth Festivals; bringing together younger athletes from all over Europe to train together, to gain cultural experiences together and of course race against and together. With the results we see today by looking further down the U23 results sheets (11-20), we see athletes from Germany, Switzerland, Norway, Great Britain, Sweden, Russia, Israel and Hungary featuring again a further 15 European athletes.

A delighted Renato Bertrandi, President of the European Triathlon Union was at all four races and saw first-hand the level of excellence of these new generations of athletes.  “None of these performances were great results based upon luck. What we saw today was the result of determined efforts of teams of people working together to ensure that the legacy of European Triathlon continues to deliver to the highest level.

I am so very happy with the results that we have seen today. These medals and strong performances are the tangible reward for all the great effort and commitment of our National Federations.

We in ETU are striving to provide opportunities for these young athletes from across the European Confederation to compare their levels; finding their strengths, identifying their weaknesses, defining their sporting ability.

With the very positive success of our comprehensive portfolio of ETU Junior European Cups that reaches across Europe and with the ETU Triathlon Youth European Championships Festival, we are able to make the dreams come true for young and talented athletes.

Our ETU Development Programme is a perfect tool that assists new and emerging national federations to realise their potential and to gain valuable international racing experience for their athletes, coaches and of course their Technical Officials.

These World Championships are where they can see that all the long hours they have put in; in the pool, on the bike, on the track, in the gym and in the classroom with their coaches have paid off and taken them to a place where they can truly say, ‘We are the best!’

These athletes are our future. They are THE future of triathlon and I am very grateful to ITU for the continued support they provide, permitting us to deliver the best training to the best athletes.”

To read the excellent ITU Press Releases, written by Doug Gray and to see the thrilling photos, please click the following links:

The glory keeps coming. The Elite athletes gave their very best on Saturday. The crowds were treated to thrilling races and with Lausanne closing the current WTS Rankings Series, it was good news again for the Europeans who filled the top ten slots in both male and female events.

The victories on the day went to the USA and Katie Zaferes, with a mightily impressive return to racing after her dreadful crash and to Kristian Blummenfelt NOR, who simply out-paced the rest of the world to mark up one of the best wins of his career.

Click below for Doug Gray’s race reports and the visually-stunning photo albums.

Renato Bertrandi, President of the European Triathlon Union was there to witness the races. “Stunning performances of our Elite athletes: we are living a magic moment in Lausanne
that hopefully will last all the way to Tokyo.”

As we saw above in the article about the junior and U23 athletes, investment in our sport to ensure a broad development is key. Our Elite athletes are the finished, polished, highly-efficient products of the whole process. Their success depends upon what went before and with what we have seen this weekend, it is very evident that amongst the Confederations, ETU is hitting all the buttons. 2019 is not yet over but the focus will now turn, naturally towards the East and to Tokyo.