This last weekend saw a triathlon and multi-sport festival take place in the Eastern town of Tulcea, Romania. It was to see great performances from German Juniors and will give the Deutsche Triathlon Union great confidence for the future of our sport in Germany. In Geneva we saw solid evidence of new blood coming into the German line and this weekend showed further evidence that the coaches are identifying new talent and that the German management is giving the right support to its new athletes. 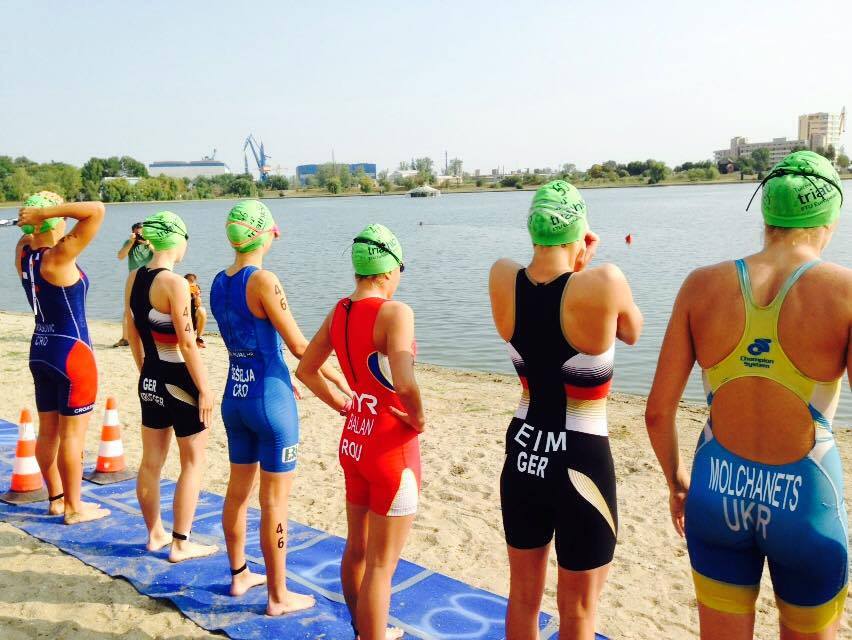 The Women’s race saw the swim led by home favourite, Andreea Balan. Just a second behind her was Germany’s Katharina Krüger. These two had just a small lead over ITU-flagged Daryna Moskalenko who after Baku is in the process of moving over to Azerbaijan. Just on her toes was Schleswig-Holstein athlete Nina Eim GER. On the run to T1 Moskalenko managed to catch up to the leaders and so it was a small group of athletes that set off on the bike course for the five laps. 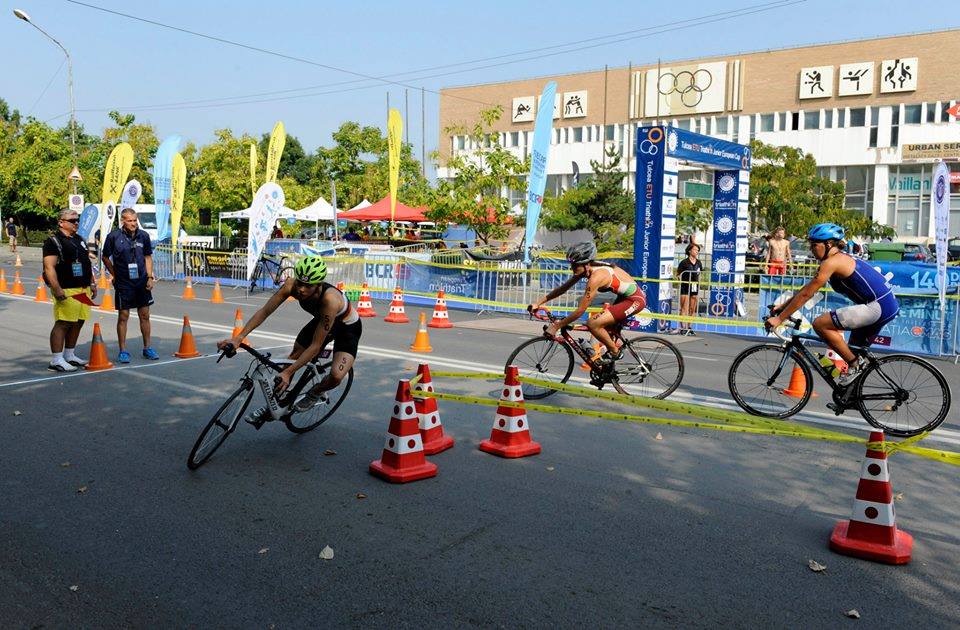 As the laps passed the lead group grew but despite some attempts at a break away the athletes remained together. Into T2 and out onto the run it was Germany, Hungary and ITU. Between Eim, Moskalenko and Hungary’s Noémi Sárszegi the battle for podium positions would be fought over the last 5k. 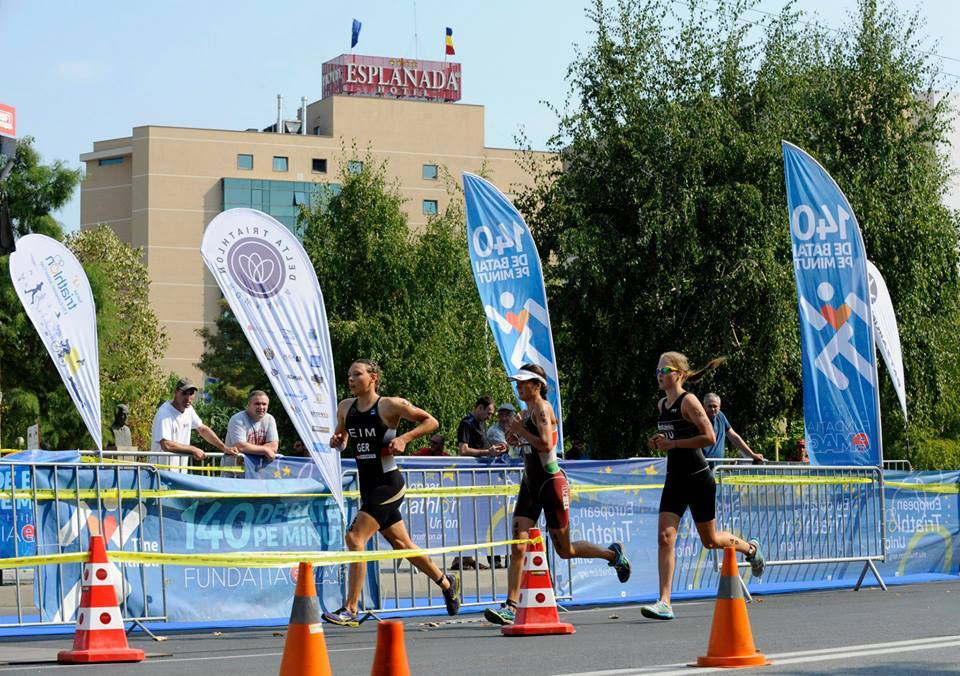 It was never going to be easy but finally it was Eim who had the stronger legs and she pulled away from Sárszegi and Moskalenko. On this occasion it was Hungary’s Sárszegi who had the pace to secure silver and posting a good all-round performance, it was Moskalenko who comfortably took bronze. 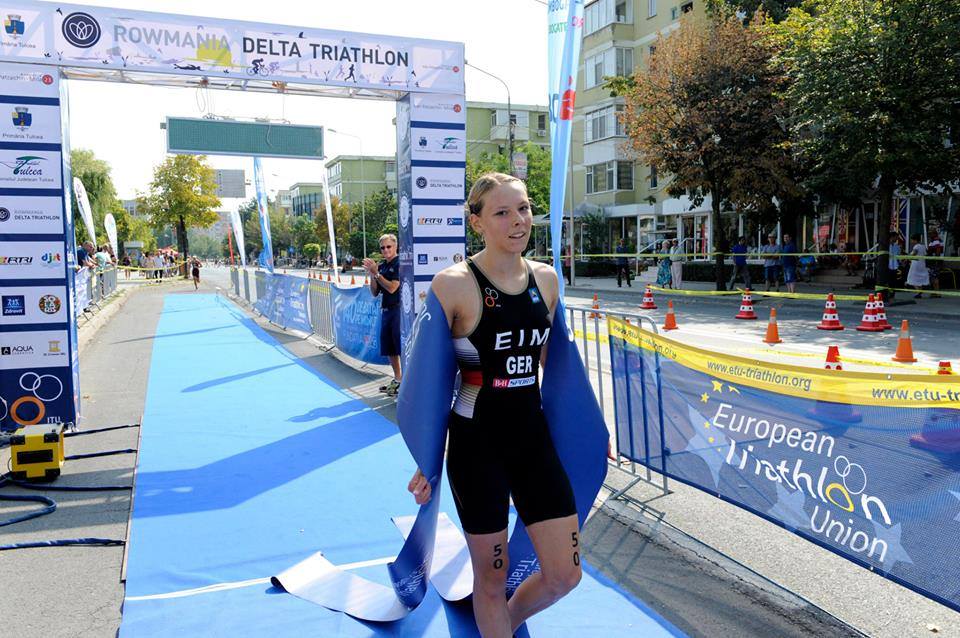 After the race Moskalenko was delighted, “From the start in the swim I got a good place with the top four girls. I came out of the water 3rd but made up some distance on the run to T1. It was a long run. I had a problem with my helmet in transition and that lost me some time but I still managed to get up to the leaders and then we were out on the bike. It was pretty tough and 5 laps. After 2 laps we were joined by one more athlete and so we were five together. There were some attempts to break away but at the end of the bike we all entered T2 together. That went well for me and I pushed the first 300m to catch up with the German and Hungarian girls. We were at an easy pace but then the Hungarian girl accelerated and then the German did too and at that point I struggled. But, I came third and this is my first international award, so I am very happy. But there is still a lot of work! And about the future of the country - from next season I will race for Azerbaijan. This season is all prepared on the basis of Baku, under the guidance of my coach Medvedev Lev Nikolaevich, with the full support of the Federation of Azerbaijan.” 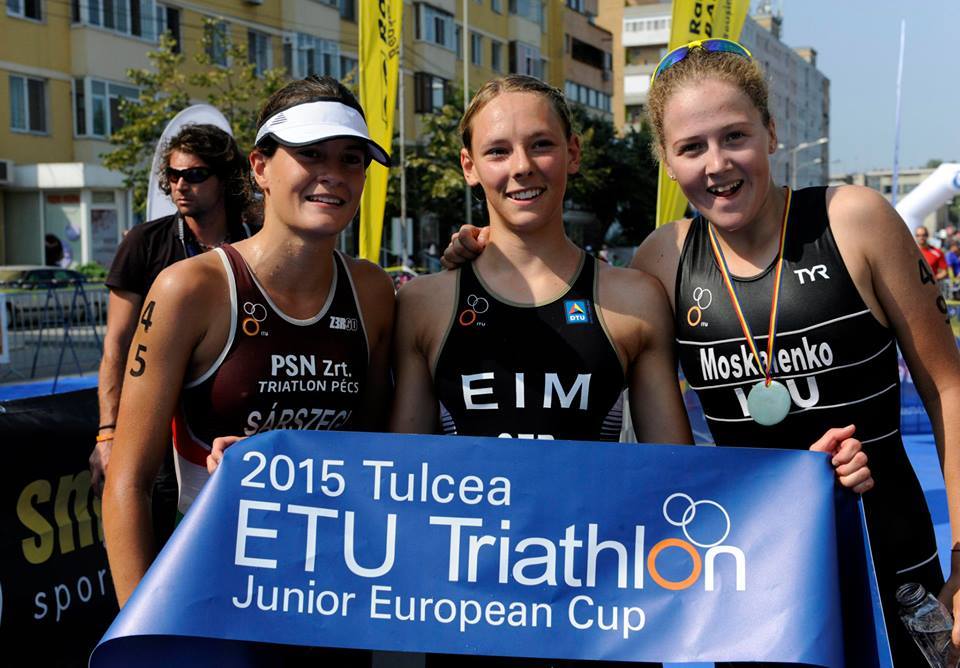 For the men, there was no surprise to see Polish athlete Michał Oliwa lead them out of the water. In each of his races this year he has dominated the swim and is clearly one to watch for the future. 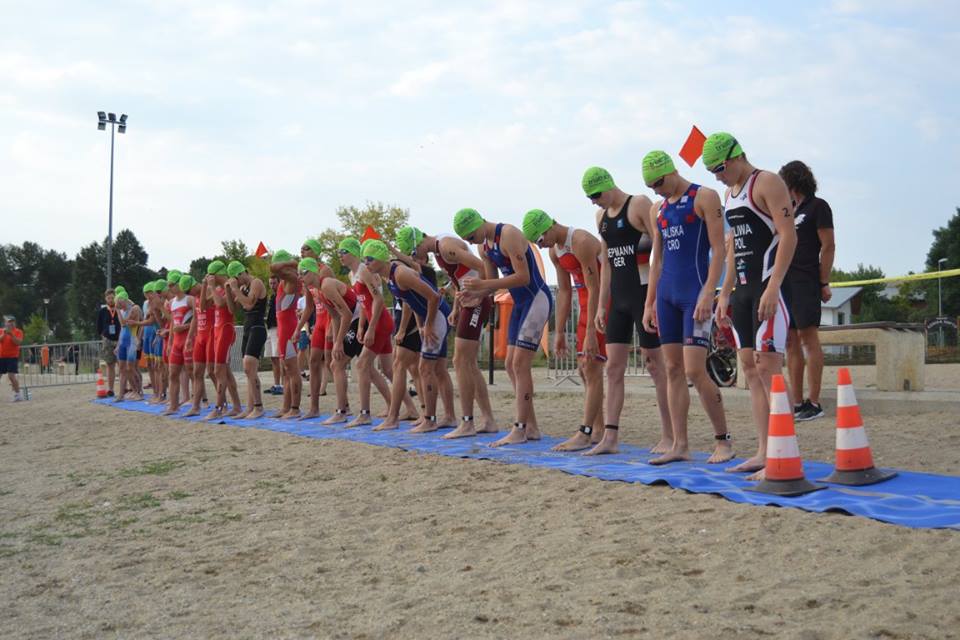 Azerbaijan is beginning to see its own athletes develop and it was good to see Baku-born Zaur Arkaniya coming out of the water behind Oliwa and leading the chasing athletes. 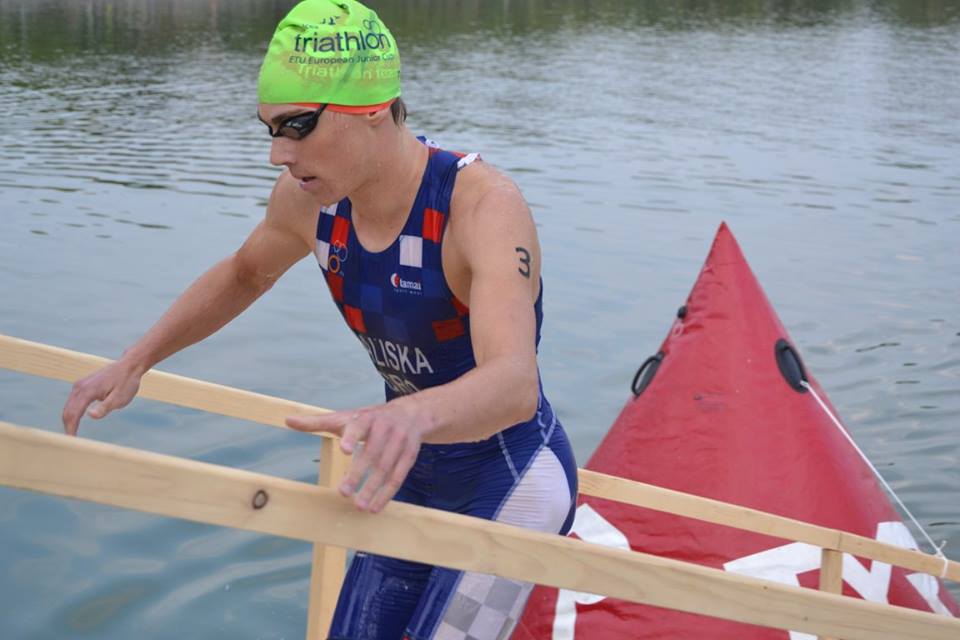 Trailing behind him were Luka Paliska CRO, Tim Siepmann GER and the two Hungarian athletes, Máté Nagy and Gergő Soós. 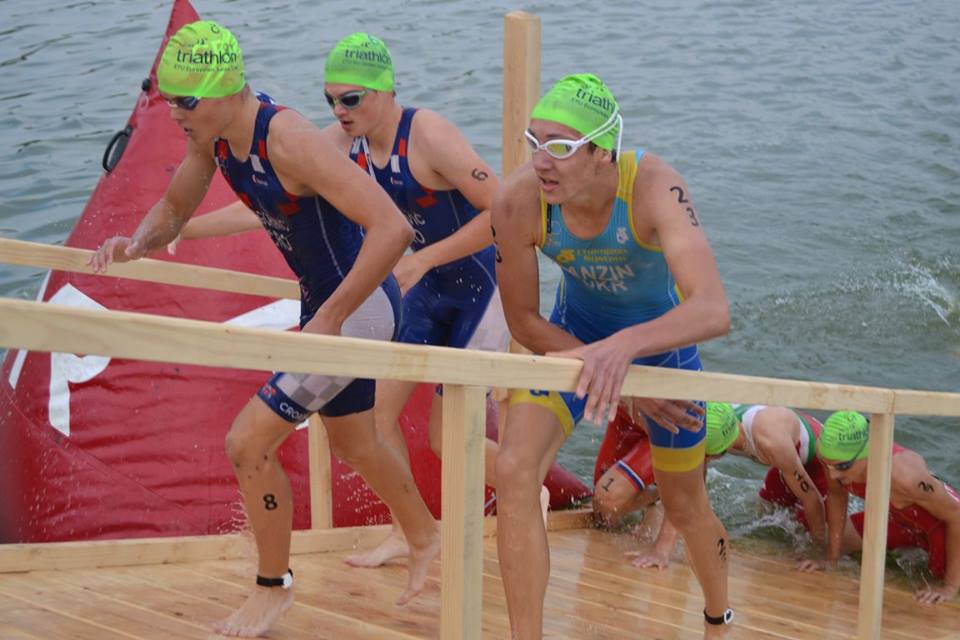 Behind them came a throng of athletes all jostling for position on the run to T1.

The stronger cyclists soon set the pace and with fast times the bike was soon finished. For Oliwa the disaster of a broken crank in his last race was forgotten and he stayed in contention. With those athletes posting sub 36-minute times the question would be, “Have they put too much into the bike and left nothing for the run?” 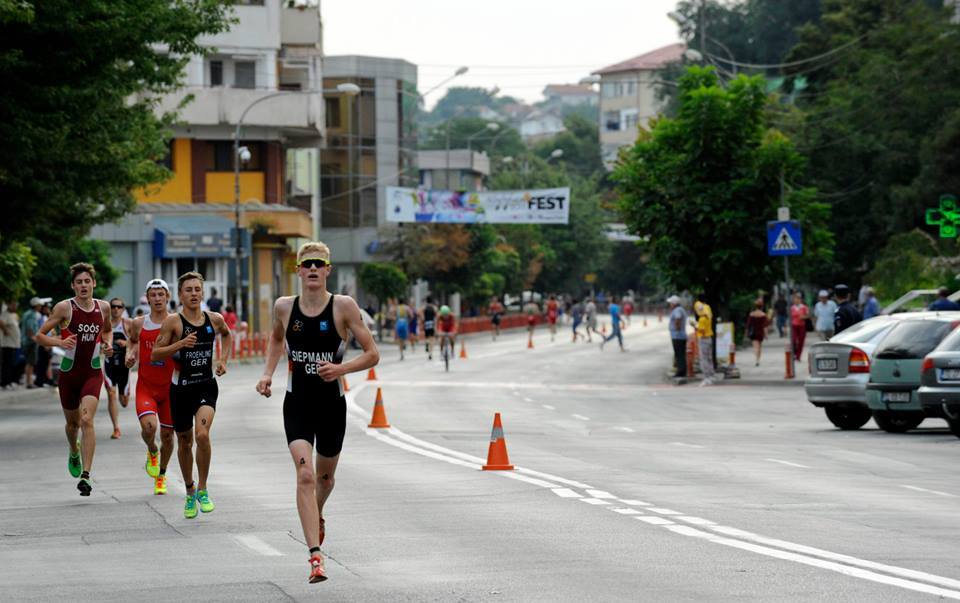 Well, soon the field was stretched out as Siepmann pushed the pace. 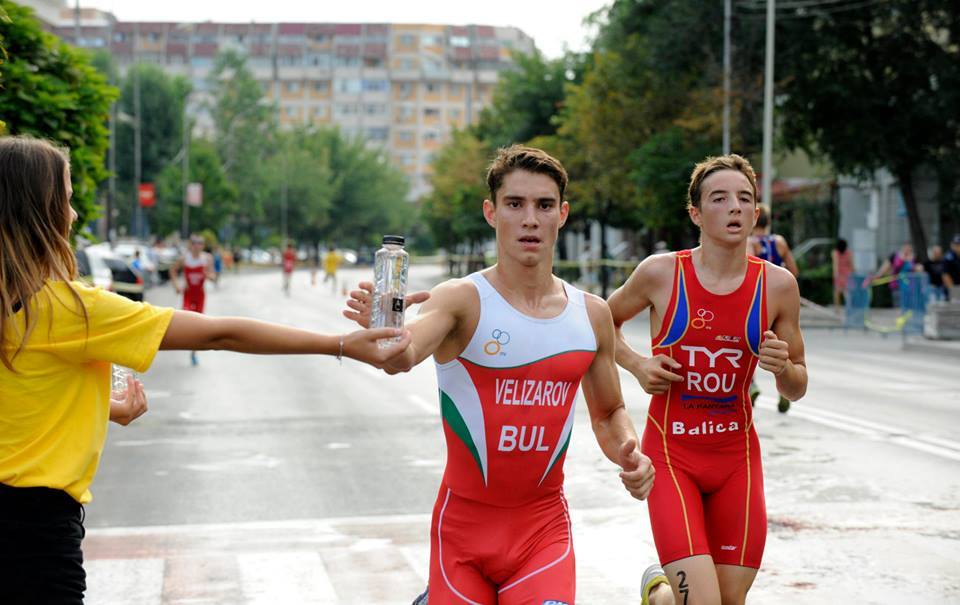 With the temperature rising it was hot out there and the athletes gladly took on fluids.

With Siepmann in his sights Soós was flying but even with the fastest run of the day he could not quite catch the German and so it was once again a German gold. 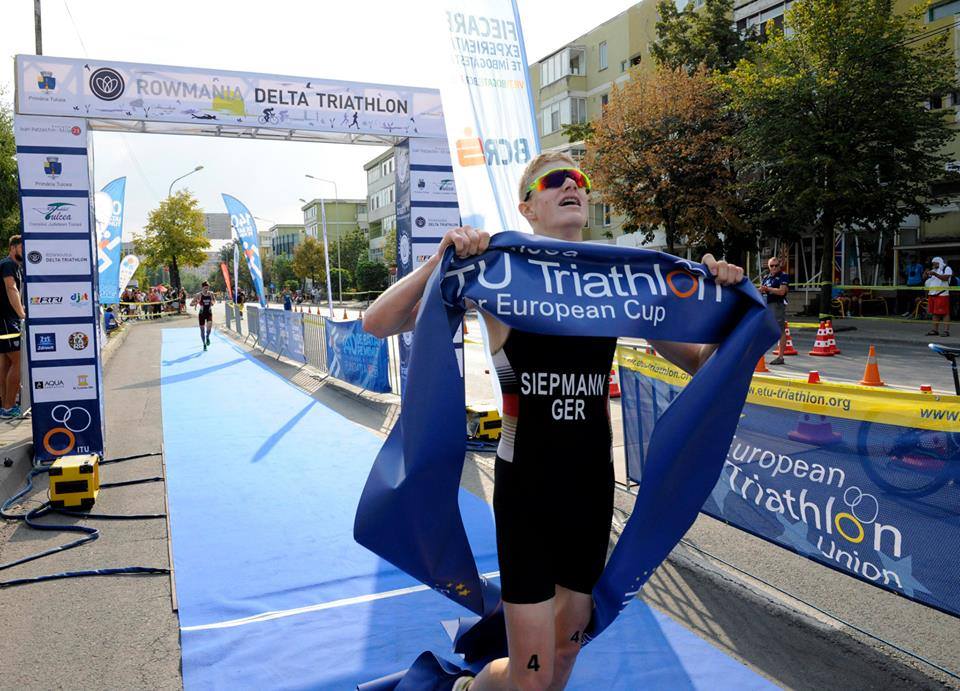 Soós got a career-best silver with Luca Fröhling GER making the podium a German celebration.

After the event Siepmann said, “I am more than happy with the race. Everything went according to plan. A good swim and out on the bike a solid ride. The run is where I gave it all. Amazing. From all this I got a victory !! The race was great fun. The heat was pretty tough though. It was certainly worth all the effort to get there and I’d love to come back to Tulcea next year.” 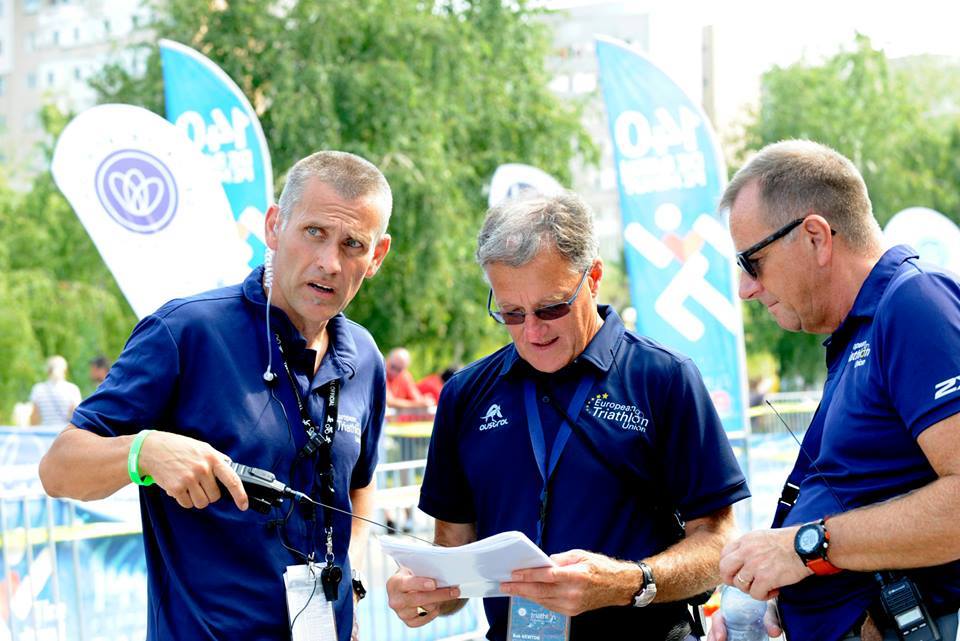 After the races had finished it was a chance for Romanian Triathlon Secretary General Peter Klosz to reflect. As Romania’s senior technical official as well as being a coach, he has a wider perspective of the sport than most. Working with former swimmer and fellow Technical Official Zoltan Zoldi, the two have been focussing on development of their athletes as well as building the portfolio of races in Romania. “It was a pleasure for us to host in this corner of Europe a stage of the Triathlon Junior European Cup. This event perfectly framed in our three-day sport and cultural event : Rowmania, by which we promote ecotourism, outdoor sports, and professional sport between young athletes. I'm sure the athletes appreciated not only the points and prizes but also the great location and the short trip in the Danube Delta offered from LOC for the athletes from places 1-3. Surely we will try to keep this competition for juniors in the ETU calendar in the future.” 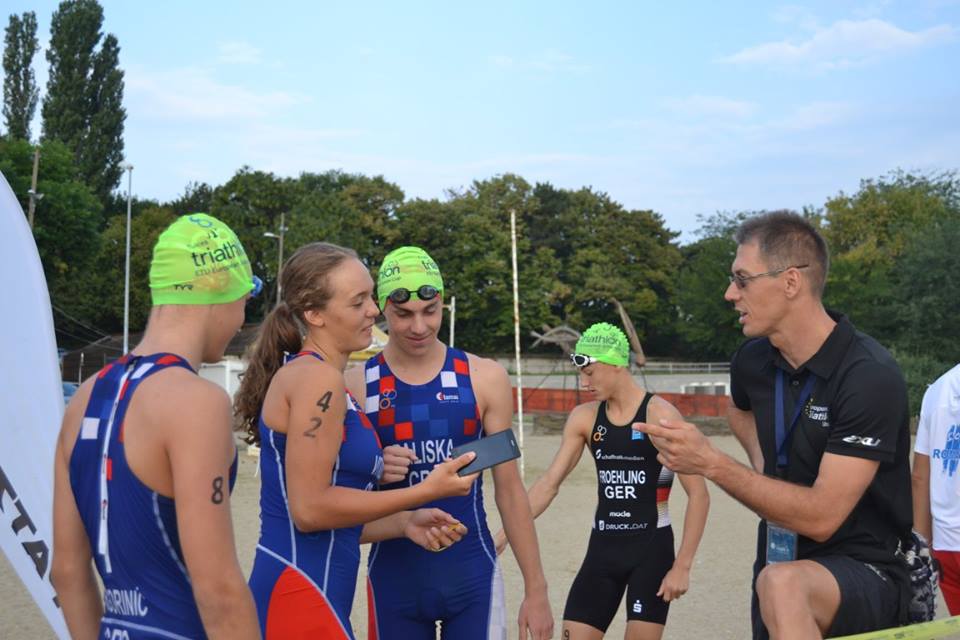 With ETU’s Željko Bijuk in attendance he will have seen first-hand the strengths and any weaknesses. ETU's Executive Board Member, Chris Kitchen is also CEO for Irish Triathlon and was on hand to provide guidance and support where needed. 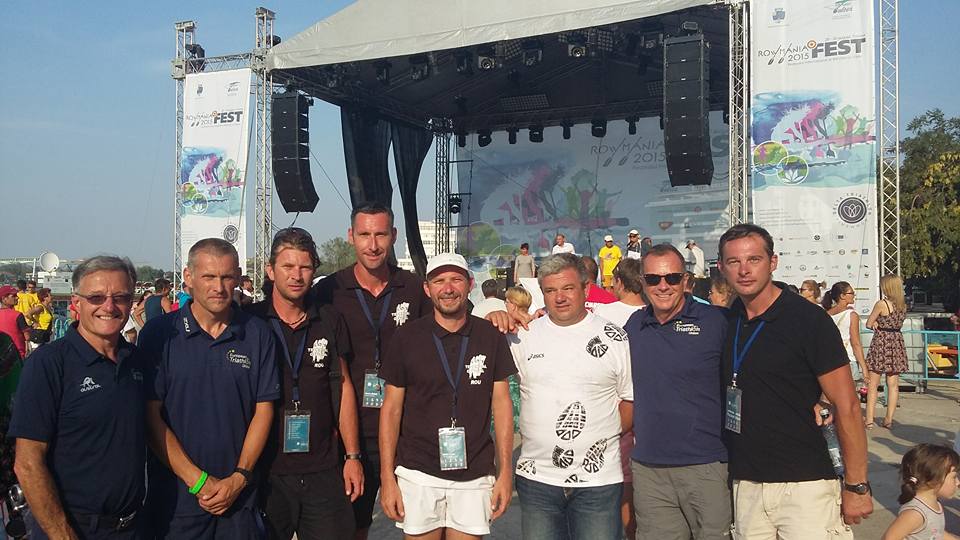 From Scotland and representing ETU as the Technical Delegate, Bob Newton will be providing a detailed report on the race and this will form the basis of the build for future races at this great location.

Many thanks to Peter Klosz and to Željko Bijuk for the images.

For a series of galleries of images, with thanks to Radu Cristi, follow these links: 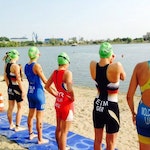 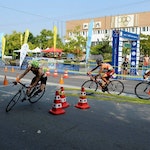 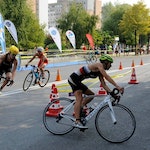 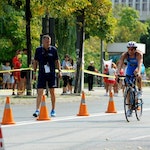 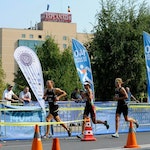 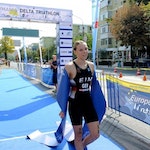 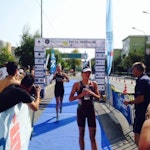 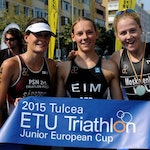 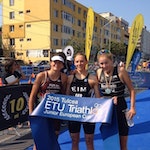 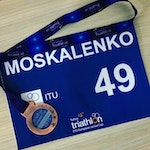 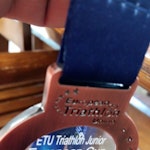 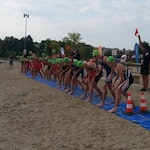