The temperatures did not rise as spectacularly as we feared. Early morning saw the water a comfortable 25C and the air at 20C, so the Age-Group athletes were able to race hard without the risk of a session in the recovery tent. Some impressive performances from them made for exciting racing and from swim start through to the finish, flags were flown, cheers were shouted and encouragement showered down on all ages and nationalities. We will be bringing you a special report on the Age Group races as soon the results are signed off and as soon as we have access to the photos. 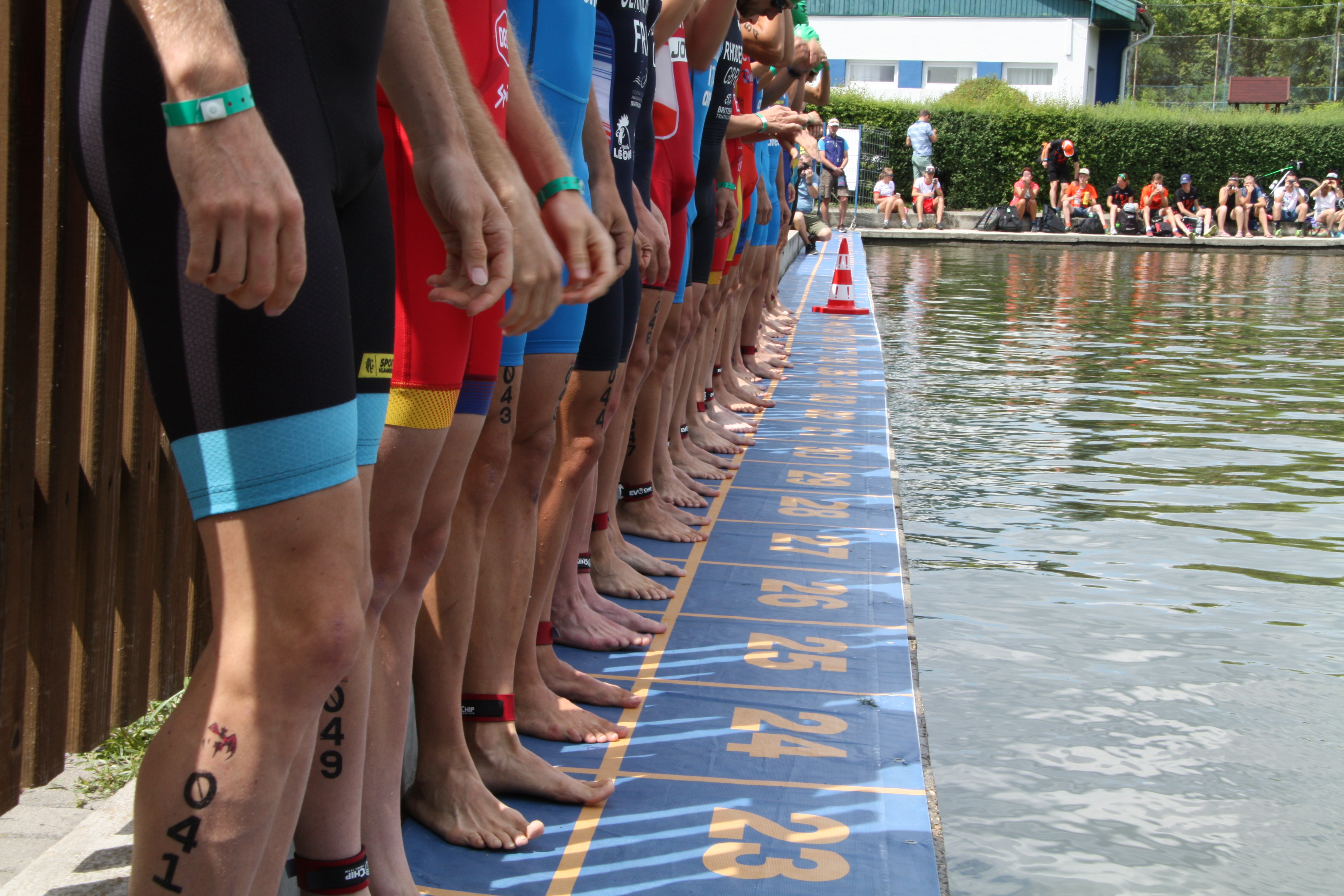 For the Elite, U23, Paras and Juniors, the medals and titles were fought for from the moment the swim began. Non-wetsuit swims for all meant that the spectators could see the action up close. A short and unexpected delay caused by a 500m freight train that not even the Dark Count himself could control, meant that the start was delayed but with sunshine, music and athlete chatter, the passing time was hardly noticed.

Between the elite men, the battle would be between the European double title holder, Tim van Hemel and the 4 times World Champion and one time European Champion, Rubén Ruzafa. By chance we shared breakfast with him; relaxed and showing no signs of pressure, he looked strong and ready for the race. 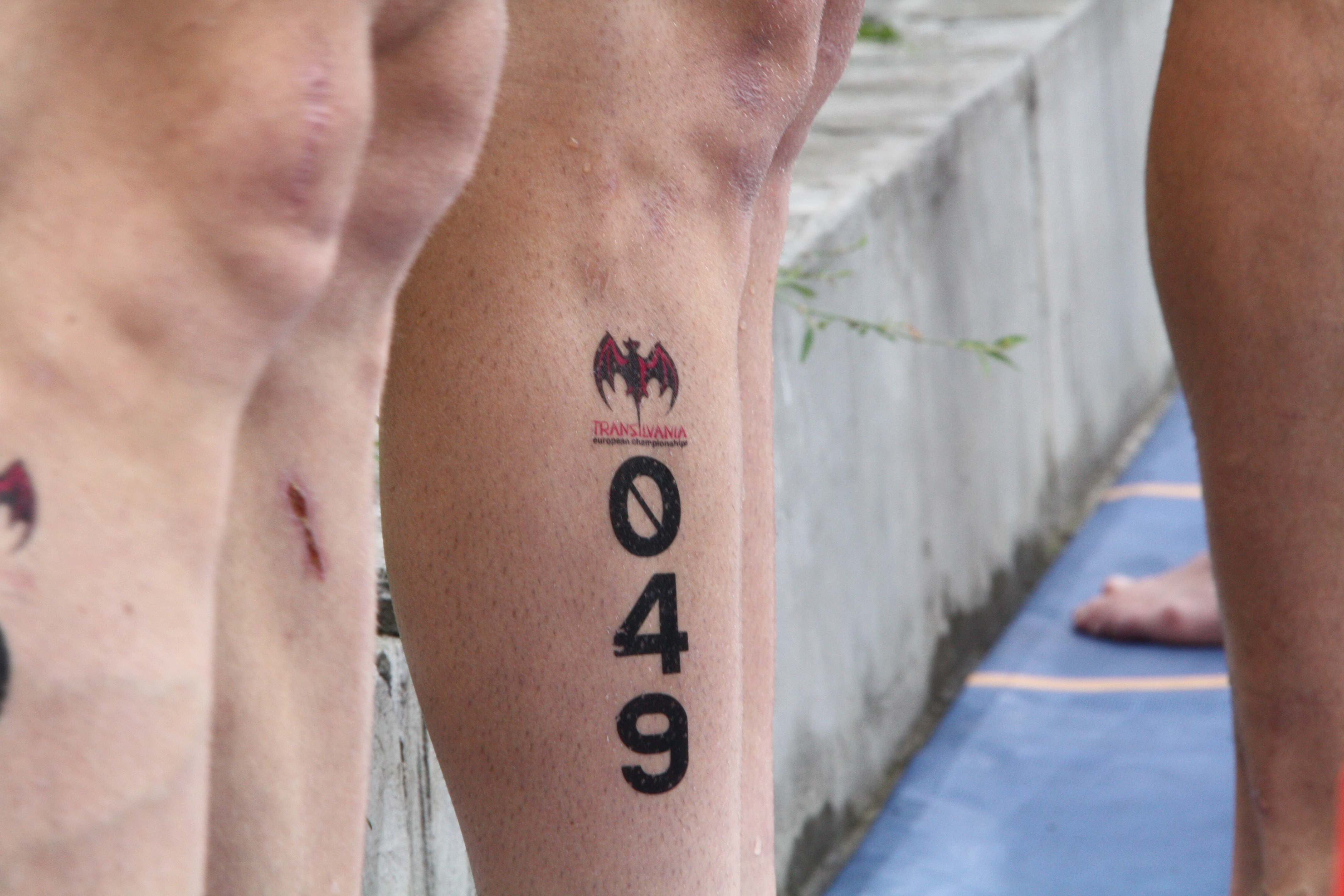 The 1k swim; a loop around the lake, gave an early lead to the Spaniard, Camilo Puertas Fernández and Italy’s Matteo Bozzato with Van Hemel close behind. The pair were comfortably ahead of the chase pack and easily negotiated the short section of road, railway crossing and graveyard perimeter, before disappearing from sight under the dark canopy of the forest.

Oh, for those Age Group athletes who were setting up nice and early, the noise you heard were the lions in the Zoo, whose morning calls triggered an energetic response from the wolves.

The race was won by Ruzafa on the bike. Taking 15 seconds out of Van Hemel on one long climb, his technical prowess, accelerating away at every turn and making full use of the technical course at every opportunity, took him into a lead going into T2. With Van Hemel still in contention; both athletes were in T2 at the same time, it was the Spaniard who was some 60m ahead as they left for the run.

The two-lap run saw both athletes push themselves hard and they opened up a huge lead over the rest of the field. With the bell-lap showing the gap had grown, the Spanish supporters began to fill every available position on the run down to the finish line. Ruzafa was jubilant as his feet made contact with the blue carpet. 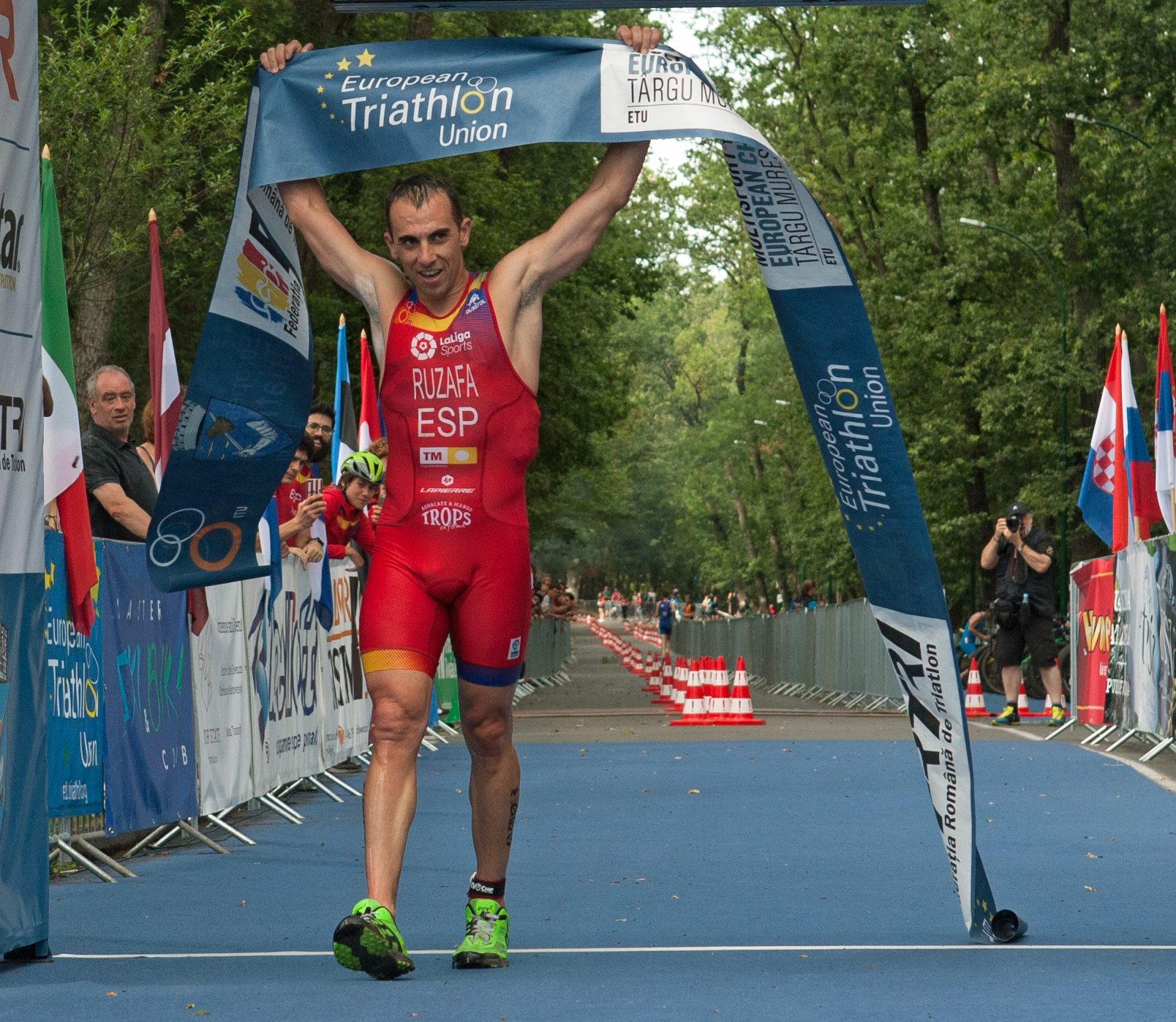 The title was his. With van Hemel comfortably claiming the silver medal, the pair stood chatting together in the finish area as they waited to see who had bronze.

Out on the bike course disaster had struck the Frenchman, Arthur Serrières. A silver here in 2017 but since then he has worked so hard and has been racing strong. Any chance he had of a podium were dashed as he put so much pressure on the pedals that he snapped his bike chain. With several hundred metres still to ride, he managed to force together the links, so that the chain would hold just enough to get him to T2. Valuable minutes lost but his determination to finish still put him in contention.

Out on the run, he was joined by Italy’s Tommaso Gatti and the pair were now fighting for that final podium place. Gatti, racing as a U23 athlete was now in a position to make a mark against the Frenchman. Having all started together, this was his chance to claim not only the U23 title but also, to knock an Elite athlete off the podium.

Entering the final lap and serving his time-penalty (really not his day) the Frenchman kicked hard. Together with the Italian they entered the long, arrow-straight run to the finish and were shoulder to shoulder until Gatti found another gear and as they neared the blue carpet, the Frenchman’s head gasket blew and his pace fell apart, allowing Gatti to claim the bronze medal. A stand out performance from both athletes and with those minutes lost fixing his chain, Serrières most certainly lost out but was philosophical after the race.

With the title in his hands, Gatti waited but not for so long, to see who would take silver and bronze. It was Frenchman, Thibault Gire who, despite also serving a time penalty for holding onto a fence on the turn, had enough pace to keep off Victor Goené NED, whose brother had won earlier in the day in the Junior Race.

So gold to Spain and gold to Italy for the Men in the Elite and U23 categories.

For the Elite Women, the crown fitted perfectly for Morgane Riou. A silver here in 2017, from the very moment she hit the water, she looked good for the podium. Opening a after the swim, she spun the pedals up to the top of the Platoul Corneşti with nobody to challenge. The expected attack from Carine Wasle AUT, who has been so strong recently, simply did not materialise.

With the same format of mixing the U23 and Elite together for the race, it was Ukraine’s Sofiya Pryyma who swam strongly to lead the athletes out onto the bike course. A perfect T1 saw her followed by a Spanish uniform but a DNF scuppered the chances of Spain getting close to the podium. Slovakia’s Lýdia Drahovská, also racing in the U23 category, was next out of the water but Riou was over two minutes down.

In Cross events, missing that lead group in the swim is not so bad, if you are a great biker. Riou is just that person; a truly great biker and she picked off the opposition one by one on the tough course, coming into T2 a clear leader.

Not satisfied with claiming the fastest bike split, she put the hammer down and put an easy ten seconds into her nearest threat, which came from Italy’s Eleonora Peroncini. With one lap on the run to go, the title was well and truly in the hands of the Frenchwoman and taking the high-fives all the way to the finish tape, she could barely contain her emotions (indeed that was the case for many along the finish chute, such was the intensity of the moment). 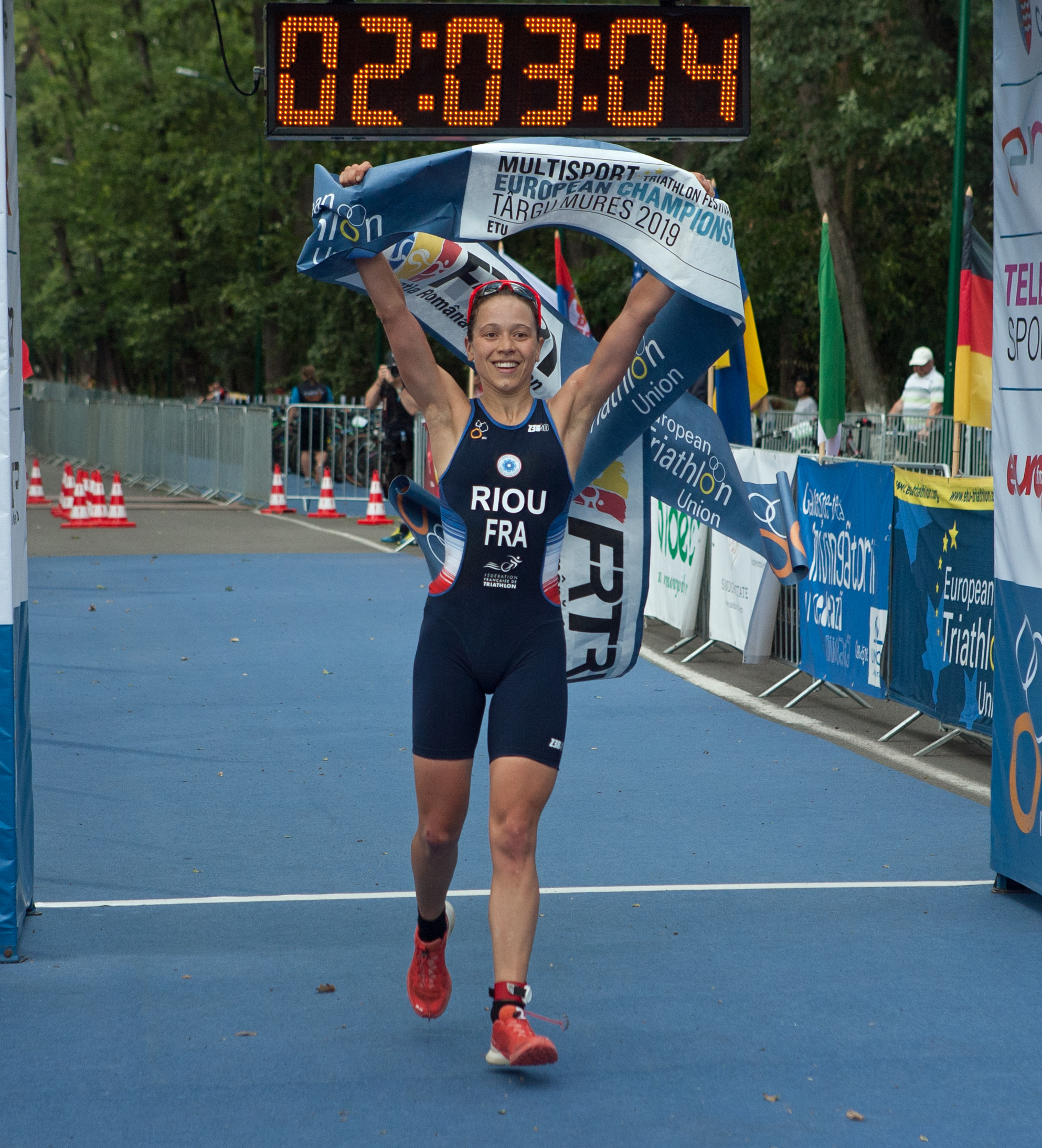 Gold to Riou and a long wait for the Italian uniform of Peroncini, who just had enough pace to keep Sandra Mairhofer in bronze.

The U23 battle looked to be one for Pryyma to celebrate about as she set off on the bike but it was her arch rival, Marta Menditto ITA whose power on the bike was simply too much. The Italian had swum side by side with Mairhofer but lost the edge on the bike. Teammate and fellow U23 athlete, Matilde Bolzan posted a stunning 1:14:57 on the bike course but could not match Menditto’s run pace and it was out on the two-lap course that she was caught. Gold and silver to Italy in the U23 category. Pryyma battled it out to take the bronze.

The Junior titles went to the Netherlands and to Slovakia, as Lucas Goené and Zuzana Michaličková showed tremendous pace. 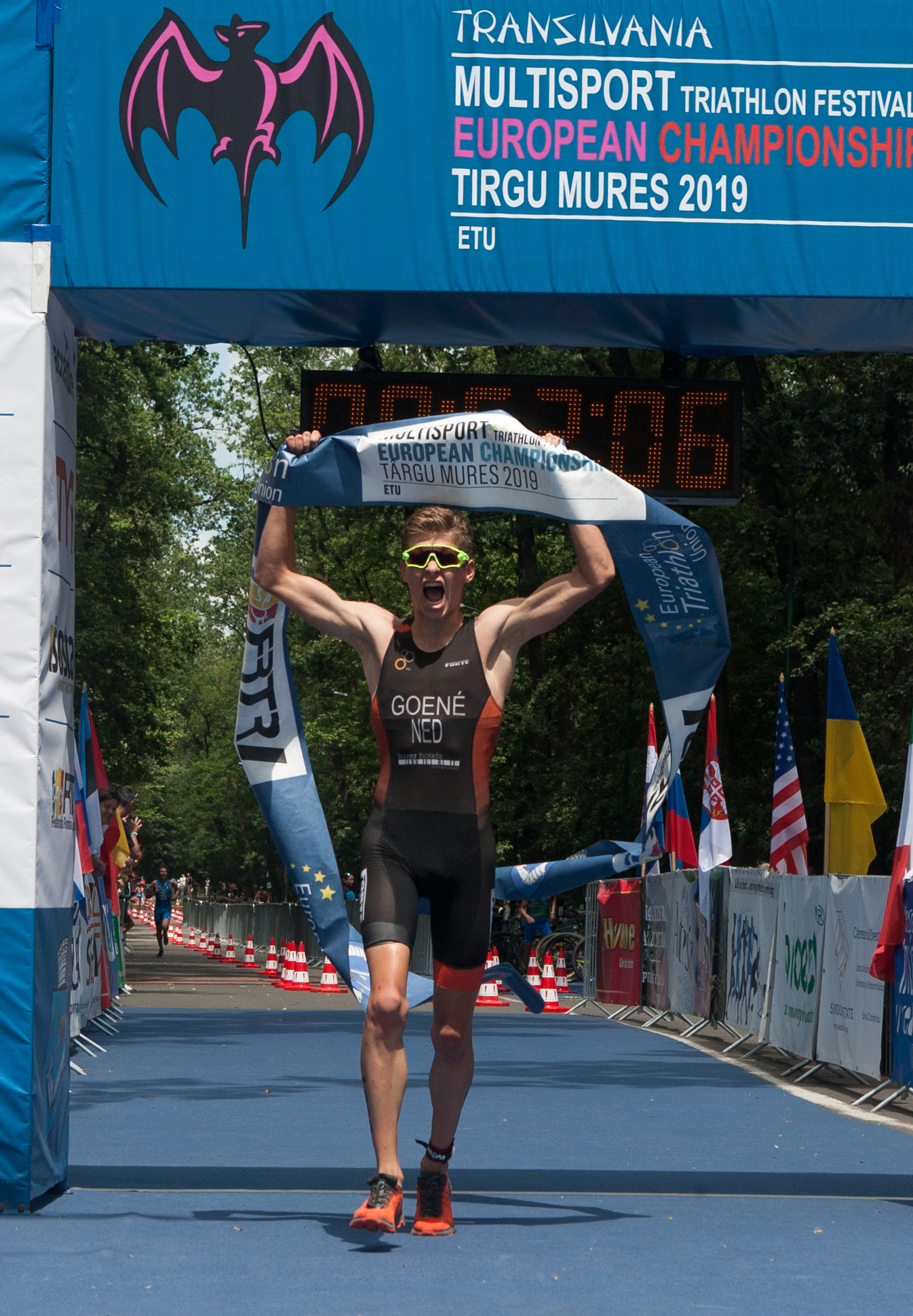 The men’s race was led from the very start by Goené, who enjoyed a clear ride all the way to the top of the Platoul and then powered his way around to make it into T2 with only Lorenzo Spagnolo ITA looking like a threat. The Dutchman eased up on the run and enjoyed the very loud support that echoed around the final run to take the title with his family there to witness. Spagnolo ran hard to take the silver and his teammate, Filippo Pradella comfortably filled the final podium position. 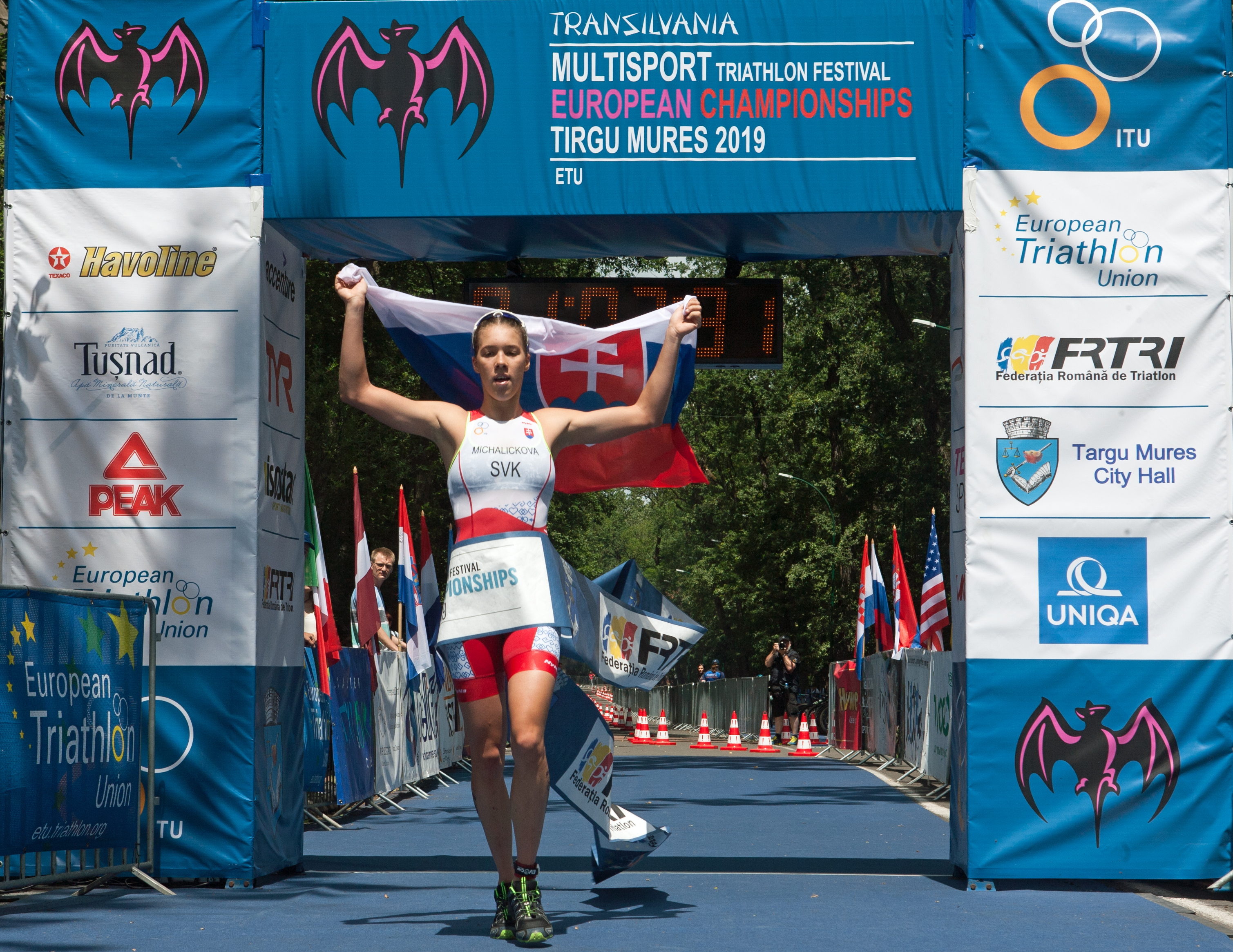 For the Junior Women it was, if you closed your eyes and listened to the live commentary, almost a repeat of the ETU Winter Triathlon Championships as Michaličková and Margaréta Bičanová led the swim, held that advantage on the bike and then scored a gold and silver on the podium, just as they had done in Cheile Grădiştei. The only difference was the temperature and lack of snow but for the Slovakian Triathlon Federation, this gold and silver podium was a massive recognition of the hard work the Federation has been doing in recent years to develop and promote participation in multisport amongst the younger generations. The 2019 World Champion, Willemijn Fuite lost out on the bike but powered around the run course to try and catch the two Slovakians.

Bronze to the Netherlands and with a good collection of top ten finishes across the board, a clear signal that Team Oranje is gearing up for battle at the Almere Worlds next year.

The Paras were there too.

Day one over. Titles won, medals presented. Excitement still buzzing. The 2019 Multisports Festival is as great as we expected. 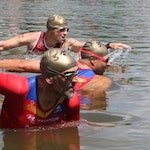 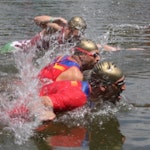 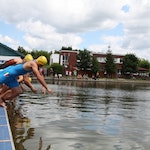 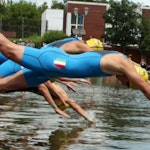 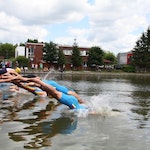 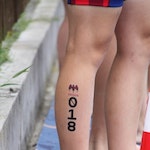 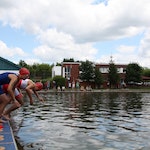 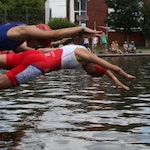 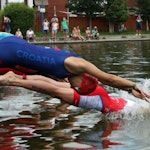 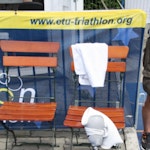 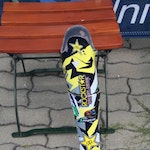 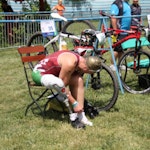