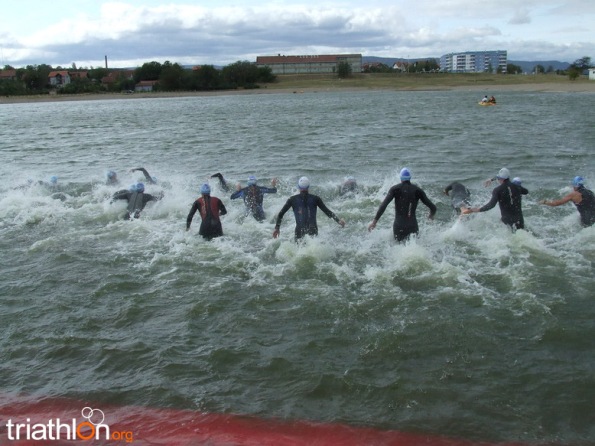 A week on from a breathtaking World Triathlon Series finale in London, the development of triathlon across Europe continues at pace in Kladovo, Serbia for the Balkan Championships.

As part of the ETU’s commitment to supporting developing National Federations and their athletes, this competition is now in its third year as a standalone event following four years as an ITU European Cup and Balkan Championships competition.

Last year in Elazig, Turkey’s Ece Bakici won her country’s first International triathlon medal and athletes from the likes of Romania, Lithuania and Macedonia will be hoping for a similar success story in Kladovo.

In total, 50 elite athletes will compete in Kladovo with many representing their country for the first time and making their International competition debut.

A strong Serbian contingent will be keen to do well on home soil and Ljudmila Medan, Team Manager for the Serbian Triathlon Union, said: “It is a special honour to be the organisers of the Balkan Championships and to welcome all the participants.

“Since becoming an Olympic sport, triathlon in Serbia began to expand rapidly. We started as a group of enthusiasts and fans of endurance sports, but now we have developed into a serious National Triathlon association with over 400 licensed triathletes.

“The Balkan Championship are crucial as they bring together national associations who need to know each other, to help them identify problems in the organisation of competitions and to educate coaches and improve the quality of competitors in the elite category.”

Peter Klosz, of the Romanian Triathlon Federation, said: “For us the Balkan Championships events is one of the most important races of the year. We are taking 16 athletes to Kladovo across the youth, junior and elite categories.