Baku – not as far away as you think 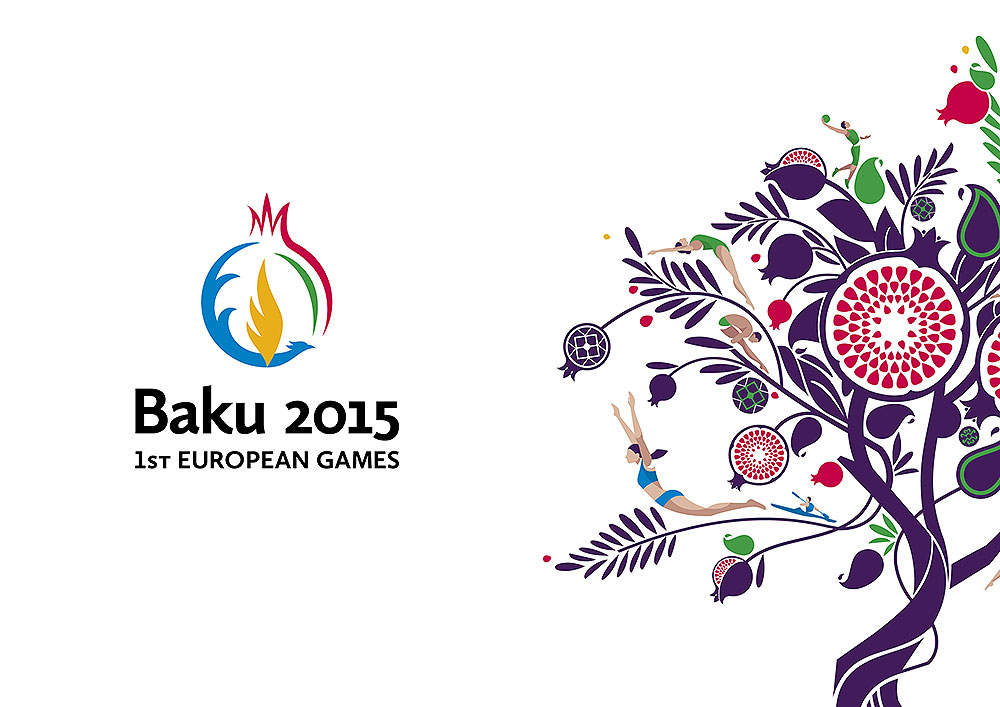 After many months of preparation the Inaugural European Games took a massive step forwards last weekend and then followed that with the announcement today of the who’s who of European athletes lucky to have been selected to race.

Around the world we see the great sporting unions, where athletes from many nations come together to challenge for medals and glory. Most recently on European soil we saw the hugely successful and surprisingly warm Commonwealth Games held in Glasgow. 2014 is behind us, 2016 and Rio is a while away yet but this year and coming soon is the chance for European athletes to race from the Caspian Sea to the far eastern reaches of Azerbaijan in the European Games.

ETU President, Renato Bertrandi “For many, Baku is such a faraway place that the reality of the Games has only just hit us. The teams have been announced and on Monday the start lists will be published. Suddenly, after all the years of preparation; after all the meetings; after all the hopes and fears….suddenly, Baku is upon us. It is good to see that the National Federations are sending their best athletes to be part of this first edition of the European Games. I am very proud that the Inaugural European Games are taking place in June in Baku and having seen press reports last week that other nations are now asking if they can host the next European Games, I am happy that there is a strong desire for the legacy of sporting excellence that we will see in Baku will continue. This can only mean good news for triathlon as I am sure it will be the most visually exciting of all the events and will of course inspire athletes to join our great sport.”

So far some of the participating nations have provided press releases to show who will be racing.

Sweden announced that Lisa Nordén will be going to Baku.  Their rationale was quite simple; “The winner at the European Games in Baku will be offered a Nation spot to the Olympics in Rio next year, so it is an important event in our qualifying strategy. The race will hold high class with several highly qualified triathletes”, says Fredrik Lundin, Lisa's head coach.

Their announcement followed that of Team GB who said, “Helen Jenkins is joined by Jess Learmonth and Heather Sellars in the women’s triathlon line up. The men’s team features Gordon Benson, Tom Bishop and Phil Graves.” Helen Jenkins said: “I'm really excited to be part of Team GB again. Just over a year out from Rio, the European Games will provide a really good racing experience in a different sort of environment to the rest of the triathlon calendar this year.” British Triathlon Performance Director, Brendan Purcell, said: “The European Games offers a Rio quota place for triathlon, so it’s an important competition in our qualification strategy. Alongside this our key objectives for Baku are to give athletes the opportunity to experience a multi sport environment where they are part of a wider British team and the opportunity to win a European title.”
He added: “We’re pleased to have a squad that includes experienced as well as developing athletes.” In Britain, Team GB fans will be able to watch the team in action as BT Sport today announced that they will provide daily coverage of the Games. The broadcast deal is the latest in a series signed by Baku 2015, with the event’s broadcast reach now stretching to all corners of Europe and across the globe.

The Russian team will be a strong one. The Russian Triathlon Federation announced, “There are six qualified athletes: Dmitry Polyansky, Igor Polyansky, Aleksandr Brykhankov, Alexandra Razarenova, Elena Danilova and Anastasia Abrosimova. The highest-ranked athlete at present is Dmitry Polyansky, but we are sure everybody will aim to do their best.” Medal chances are high but they will face stiff opposition from the British team in the men’s race and from other nations in the women’s race.  But medal-winning, whilst good for the soul, is not everything. For the Russian Triathlon Federation they can see the benefit of participation in Baku, “It’s essential to take part in Baku for the whole National Russian Team. We hope the Games will bring a new motivation for Russian Triathlon and to other sports.” These Games will serve as a great influence on development in the sport. “It’s a new great complex event and we think the Games will serve to unite nations and international European friendship.” Clearly, patterns of training; peaks and periods of rest are essential these days and so the focus of the Russian Triathlon Federation this year has been, “Our training and racing schedule focused on the three points: the Games, European Championships in Geneva and the Chicago Grand Final.”

For all of us, we recognise that Azerbaijan is a developing nation in terms of triathlon. By going there and putting on the best show in the world, we can all share a common aim. We hope the host country will earn its own place on the World Triathlon map. Russia has some good news for Baku. Following the success of the Winter Olympics they have seen a substantial growth in tourism to the area. They recognise that with Baku being in the focus of the world as they watch the athletes, it will itself inspire people to visit the land of fire. 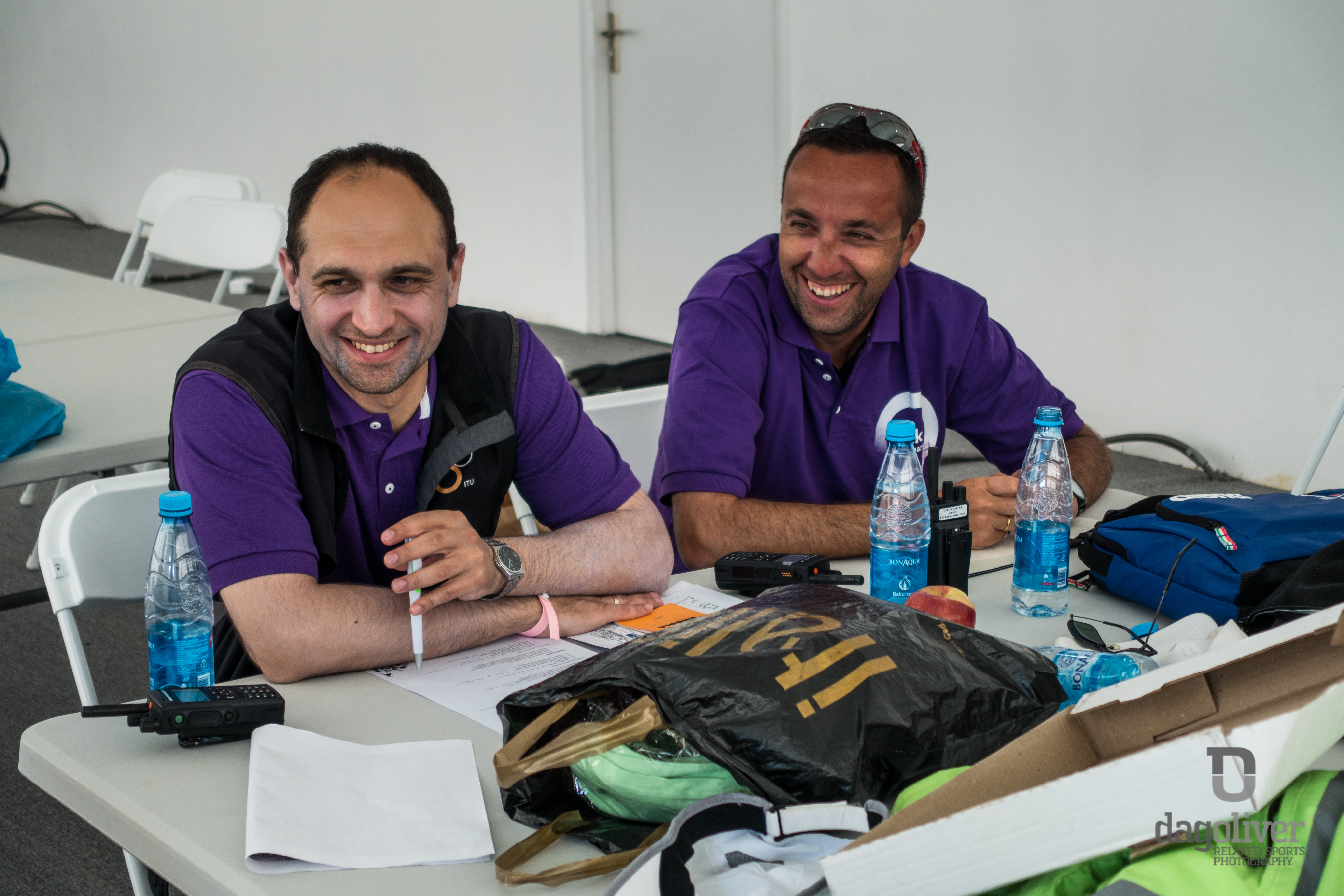 The test event was held last weekend. Under the watchful eyes of the two Technical delegates, Jorge Garcia ESP and Dr Béla Varga HUN, the local Technical Officials received training and support from established and new officials. Dag Oliver NOR, Stéfane Mauris SUI, Jan Philipp Krawczyk GER, Miguel Alejandro Das Insuas, ESP, Thomas Klinger GER all helped to guide the new officials and to oversee the build of the venue.
Weather conditions were perfect for the test event and from the dedication of the LOC it looks like everything is going along as planned. 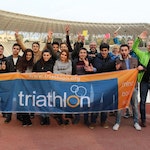 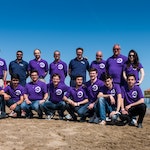 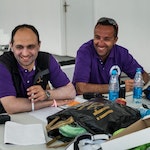 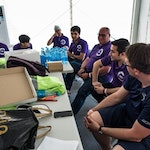 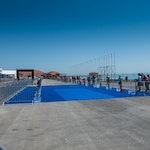 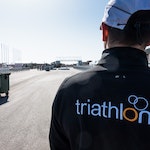 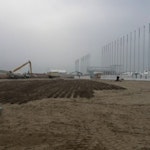 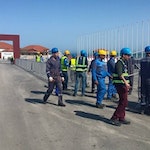 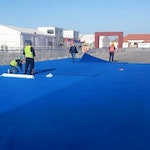 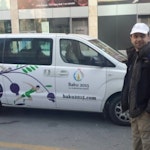 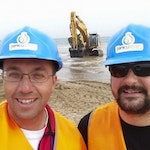 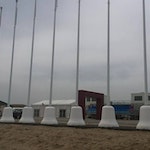