Tough weekend in Tiszaújváros as Junior athletes battle the storms 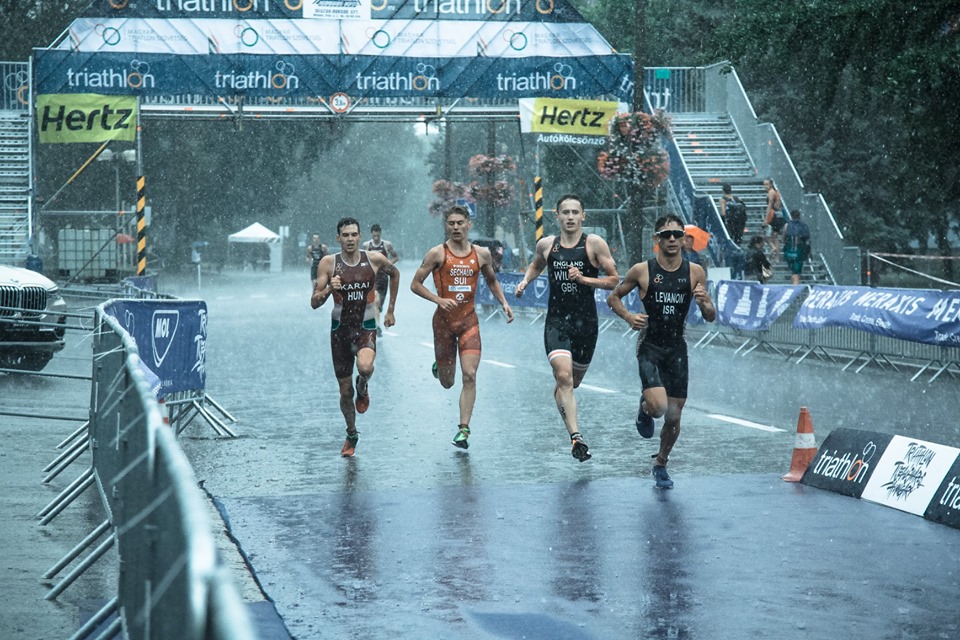 It was a truly unforgettable experience for our young athletes over the weekend in Tiszi. Distances had to be changed, conditions ranged from very hot to very wet and with everything in between, the athletes had to race the semi-finals in the hope that they would be fast enough to get through to the final with enough energy left to claim a podium place.

The LOC, working closely with the technical team, ensured that the safety of athletes was paramount but nevertheless, for some, the racing conditions were the worst they had ever experienced.

With 30 going through to the finals for both the women and the men, there was some tactical racing but also some “marks being made”.

The most impressive of statements of intention was made by Italy’s Costanza Arpinelli. In her semi-final, she made sure she was in charge as, in short succession, she, followed by rivals Pia Totschnig AUT and Karolina Helga Horváth.

In the first semi-final, it was Márta Kropkó HUN, silver medal winner at the recent ETU Aquathlon Championships, who led them home just a couple of seconds slower than the Arpinelli charge. In fact, it was Kropkó, Myral Greco ITA, Tanja Neubert GER and Magdalena Früh AUT setting off the EvoChip timing at exactly the same time. Only the Eagle-eyes of the cameras could separate them. 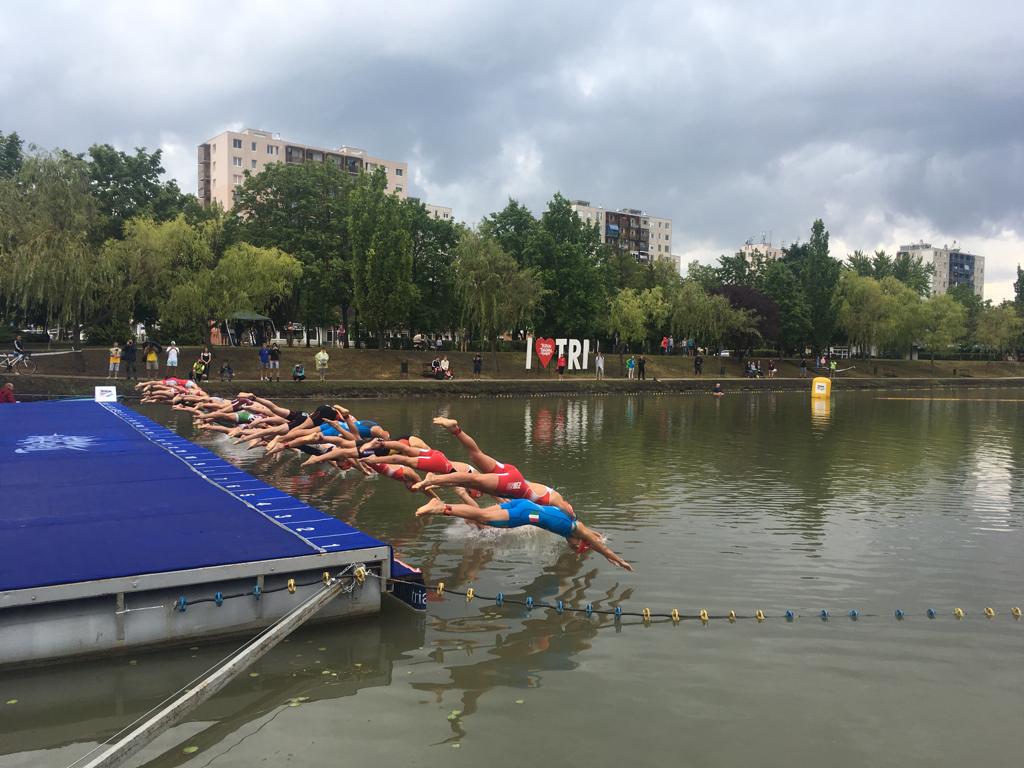 It was Kropkó who led them from the swim to T1. A steady stream of athletes behind her, but with Arpinelli 30 seconds down and in danger of losing the train.

With Sophie Rohr GER and with teammate, Angelica Prestia, the Italian made her way up to the leading group and ensured that the pace was enough to keep ahead of the double Austrian threat of Totschnig and Früh.

The Minerva Roma athlete knew what she had to do as soon as the running shoes were on and her running pace was simply too much for anyone to match. 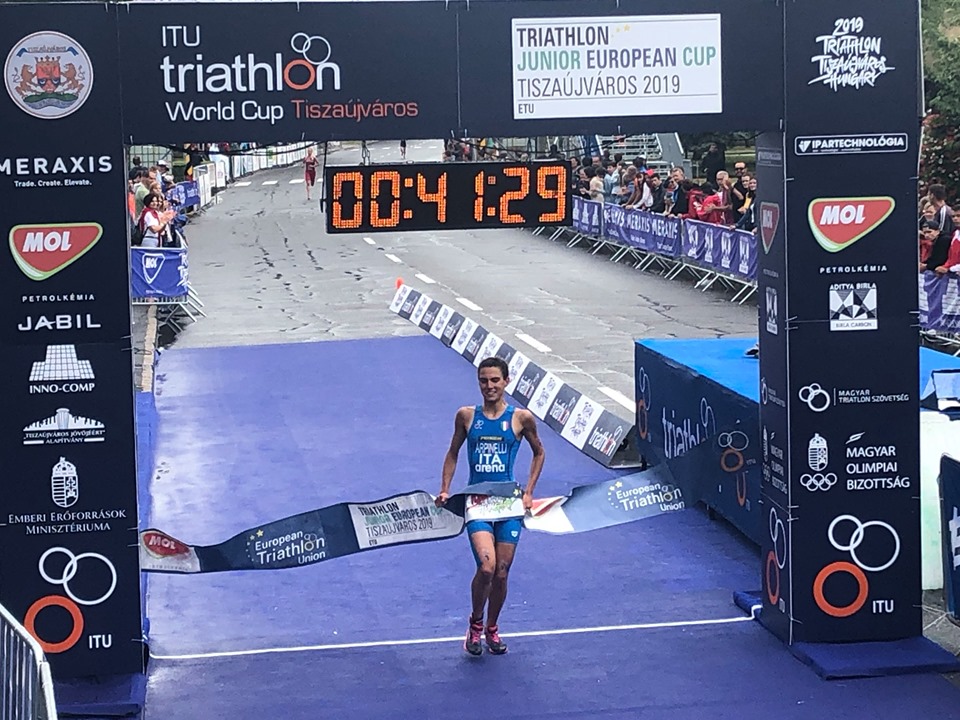 Crossing the line with the clock showing a 12:13 run, she had beaten them all. Kropkó delivered an impressive performance but was unable to hold off the attack from Horváth, who sped past in the closing stages of the run.

The Men’s semi-finals gave every indication that Italy would feature on the podium, with top three finishes in each of the three semi-finals. Sasha Caterina SUI, posted the fastest finish time and indeed, in his race, the fastest times were posted for the leading athletes. Each race is different and at the time the athletes were posted to the start list for the final, there cannot have bene many who would have thought that Simon Henseleit would pull the race of his life out of the hat and take the win. 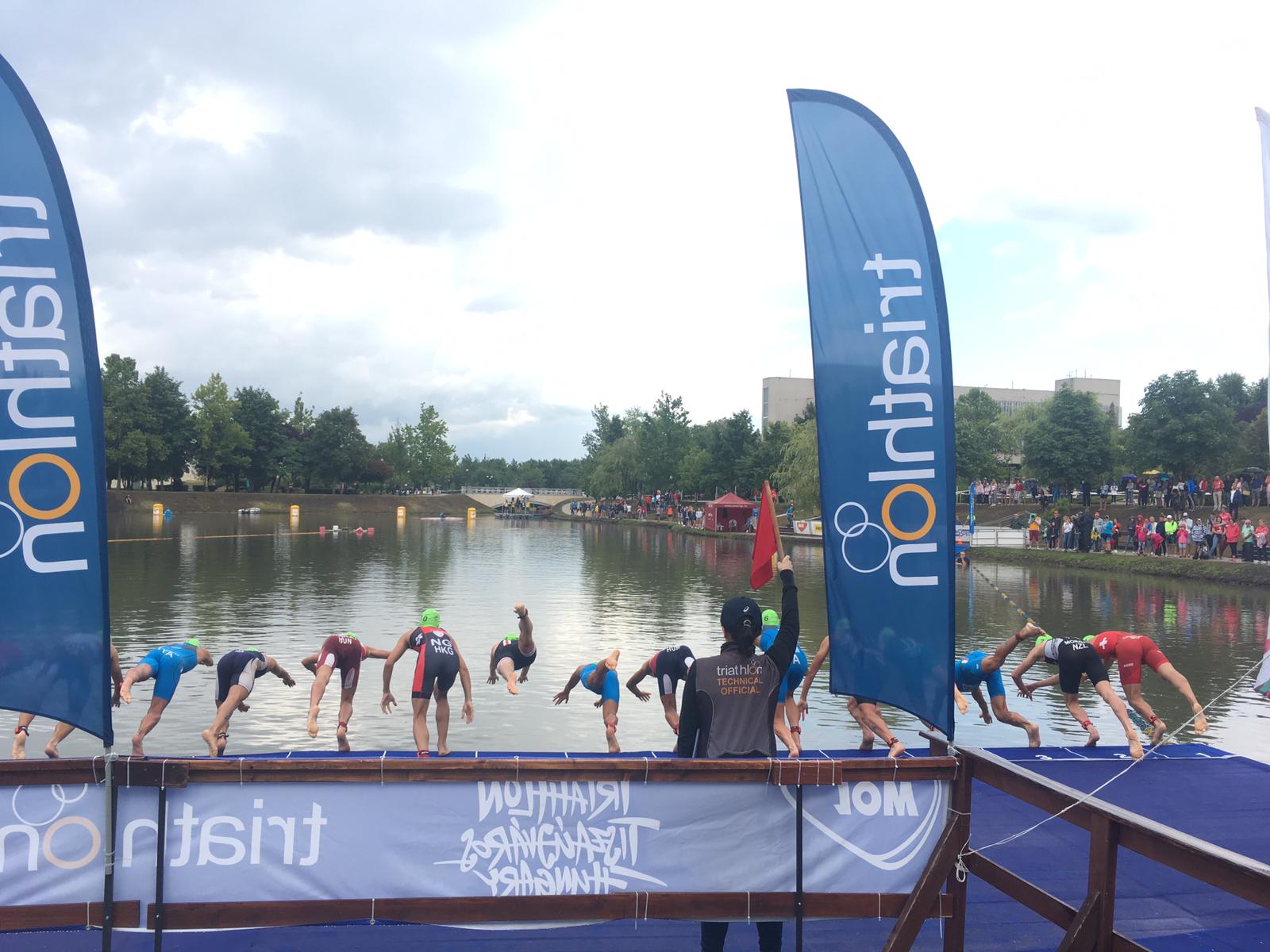 In a way, this race mirrored the women’s with Henseleit emerging from the water some considerable way off the pace. It was his immense power on the bike that put him back in the game and soon enough on the run, the pace was being set by Caterina, Henseleit and Chris Ziehmer GER.

Henseleit’s power on the bike took him ahead of Caterina and Ziehmer’s pace, despite his crash the day before, was too much for semi-final winner, Kiwi, Saxon Morgan. 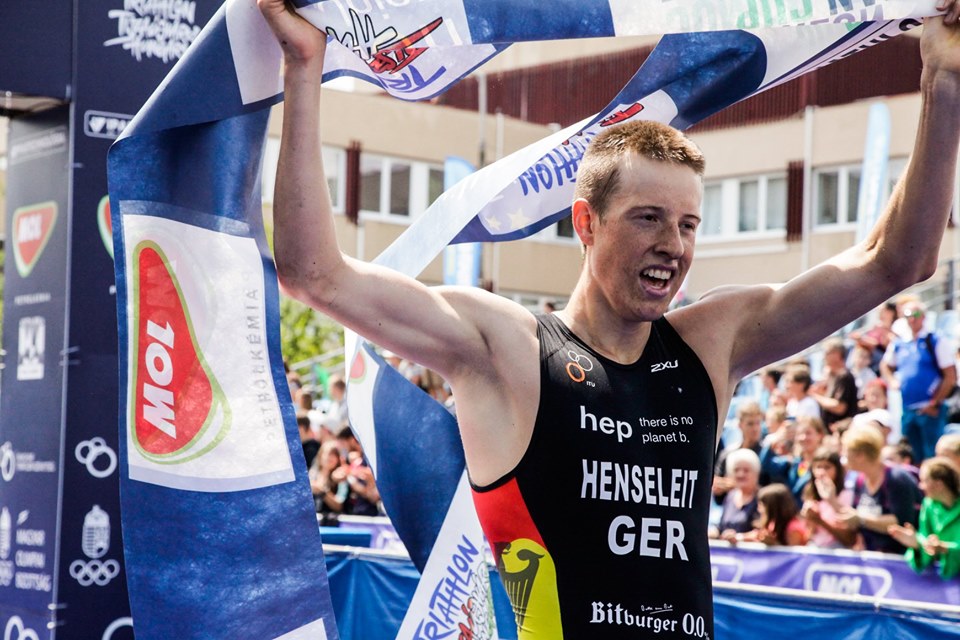 Cruising home to the finish tape, Henseleit was a jubilant winner. Caterina, having missed out in Holten, makes his first podium in 2019 with silver and Ziehmer goes home with his first ETU medal.

The after party was, as ever, a huge success and once again, the city of Tiszaújváros delivers a great festival of sport to the best athletes in the world.

This short clip is just a taster. Enjoy!

Our thanks go to Martin Breedijk, ETU Executive Board Member who kept the ETU Social Media pages alive with updates, photos and videos. Our thanks also got to the LOC for their photos and a big, big thank you to all the volunteers who braved the weather.