Another weekend packed with action: ET Junior Cup in Bled and ET Cup in Alhandra! 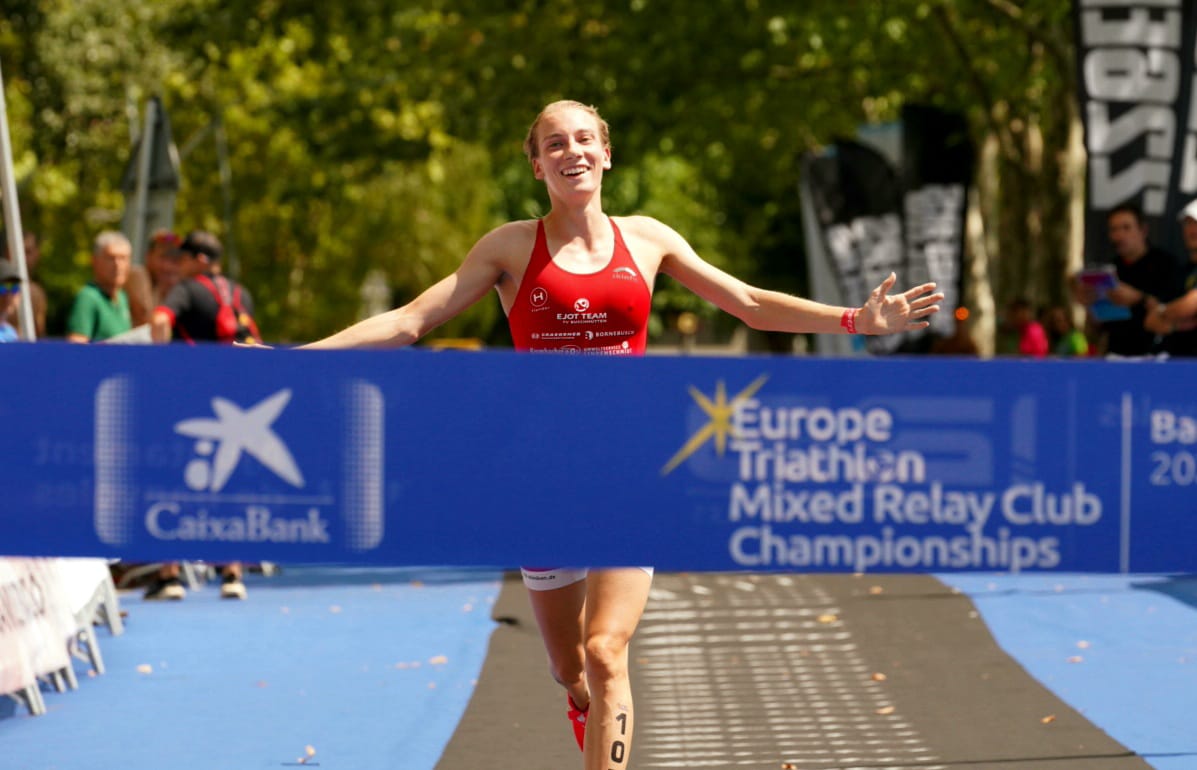 The races in Banyoles Spain, saw an impressive EJOT Team TV Buschhuetten dethroning the usual winners Poissy Triathlon. The winning team was composed of top level German athletes, with Jonas Schomburg on the first leg posting an impressive swim and run. Lena Meißner and Maximilian Sperl carried the performance through to Annika Koch who finished in commanding fashion to take the win. Poissy Triathlon setoff with Antoine Duval from France, then changed to Natalie Van Coevorden from Australia, to the veteran of the sport Aurelien Raphael and finished with Leonie Periault, both French athletes, to take second place. Metz Triathlon came third with Casimir Moine from France who changed over to Summer Rappaport from USA, then to Mathis Margirier and Margot Garabedian from France. On the other hand, the Junior Mixed Team Relay race saw Metz Triathlon from France take the win with a commanding lead, Sport Lisboa e Benfica from Portugal come second and CT Diablillos de Rivas from Spain take third place. The winning team saw up and coming stars of the sport such as Thomas Hansmaennel participate. Overall the atmosphere was electric, with the Spanish federation hosting during the same days its national championships. The athletes enjoyed racing, but especially the team introductions which saw special choreographies being pulled off just before the races! 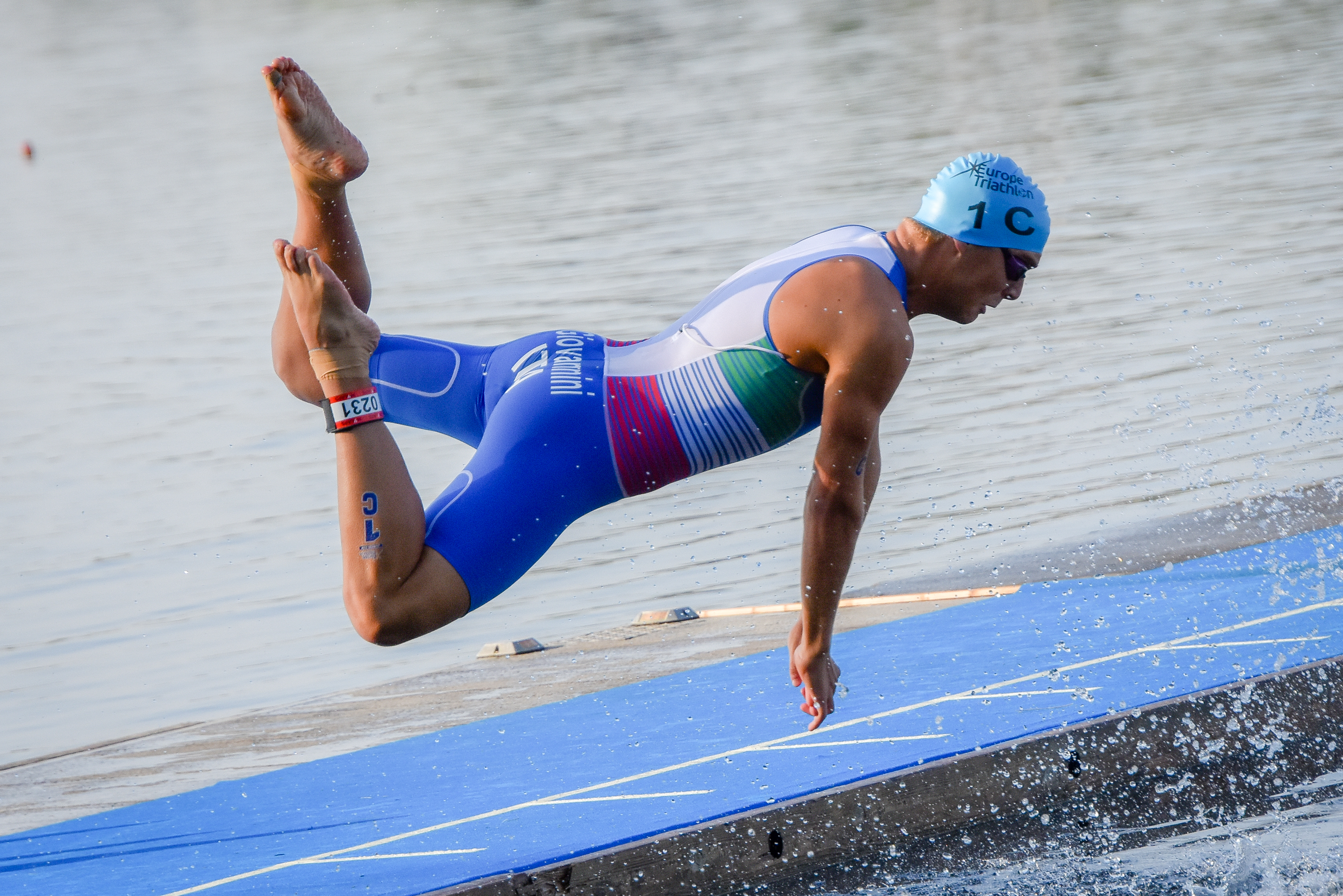 The Junior Cup races in Izvorani saw Spanish athletes competing very well across all the competitions. In the Junior men’s race Pelayo González Turrez took the win and posted the second fastest run leg, just behind his compatriot Andrés Prieto Villar who took second place overall. Pietro Giovannini from Italy took third place. In the Junior women’s race Márta Kropkó from Hungary took the win, ahead of Spanish Helena Moragas Molina and Tabea Huys from Austria, who took second and third place respectively. The Mixed Team Relay saw the expected Spanish and Hungarian teams at the top, with Spain taking the top spot on the podium and Hungary just behind. Switzerland performed strongly to take third place. This coming weekend there’s no stop to the action with a Junior Cup in Bled and an elite Cup in Alhandra.

Lake Bled’s ancient castle and legendary island, home to a historical church, is the ‚jewel’ of Slovenian tourism. Swimming in the drinking quality crystal clear waters of Lake Bled in the heart of the Julian Alps will be an unforgettable experience. Bled is located at the foot of the Julian Alps in Northeast Slovenia. It’s less than 50km from the Italy-Austria border, in close proximity to the Brnik Airport and 30 minutes from Ljubljana, the capital of Slovenia, one of the most accessible cities in Europe. Bled is undoubtedly one of Europe‘s most stunning destinations. Bled captivates visitors the whole year round. With more than 1,000 years of history, an exuberance of natural beauty, breathtaking views in every direction, many exceptional products and excellent services, Bled has grown to become a prominent world sport event location. Whether searching for history, uncovering one of the many local legends, or simply seeking a natural tranquil sanctuary to find your inner peace, Bled is ideal for every visitor. It brings together the traditional and the modern, and it’s a hub for executive education and a cradle of many of the world’s greatest sporting champions.

The swim start will take place at the Mala Zaka Rowing center where athletes will swim to the Lake Bled’s famous island and home to the Church of Mary the Queen. And back to rowing center. Swimming in crystal-clear waters and a temperature of 20 degrees is the perfect warm up for the dynamic bike 2 laps course. The run is composed of one loop along the banks of Lake Bled. An amazing atmosphere with an extraordinary scenic backdrop of the mountains, the castle and the Bled island church.

For both races the fields are packed with athletes ready to put it all on the line to come out on top. The races in Alhandra will be combined with the World Triathlon Para Cup, find out more at https://briefings.triathlon.org/alhandra