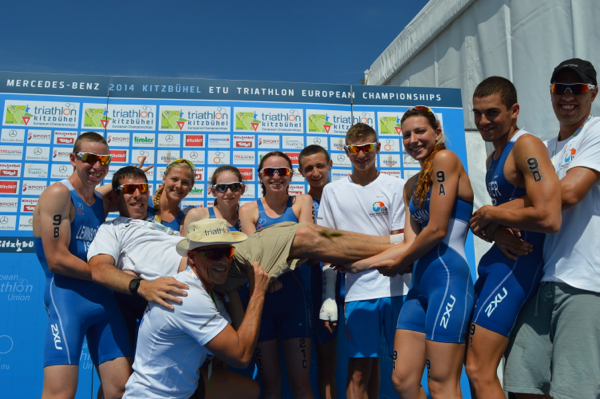 During the Junior European Championships Mixed Team Relay the biggest surprise of the day came from the young Israel 1 team. It was their first time in the junior mixed team relay competition. Israel brought 4 guys and 4 girls to Kitzbuhel, but unfortunately Omri Bahat broke his arm in the junior championships on Saturday and was unable to race. The rest of team Israel 2 participated but were faced with a DNF.

Yuval Hets, president of the Israeli Triathlon Association, was pleased with the unexpected result. „We are part of the ETU development programme and have been working hard to bring so many young athletes at the start. We already had a 10th place finish in yesterday’s junior race and we have 4 juniors who qualified for the world championships. Our 6th place today is a big surprise for us and we’re really proud of the team.”

Watch the fulle interview with Yuval below.

Romania were also participating for the first time in the junior mixed team relay competition, but they had to leave the race early. Hungary did a good job at finishing 8th and 14th. Slovenia came in 13th. 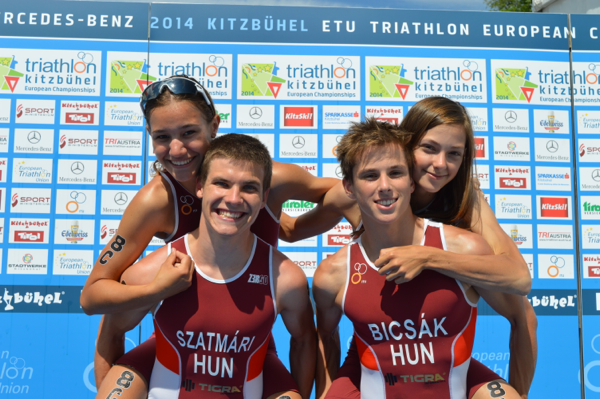