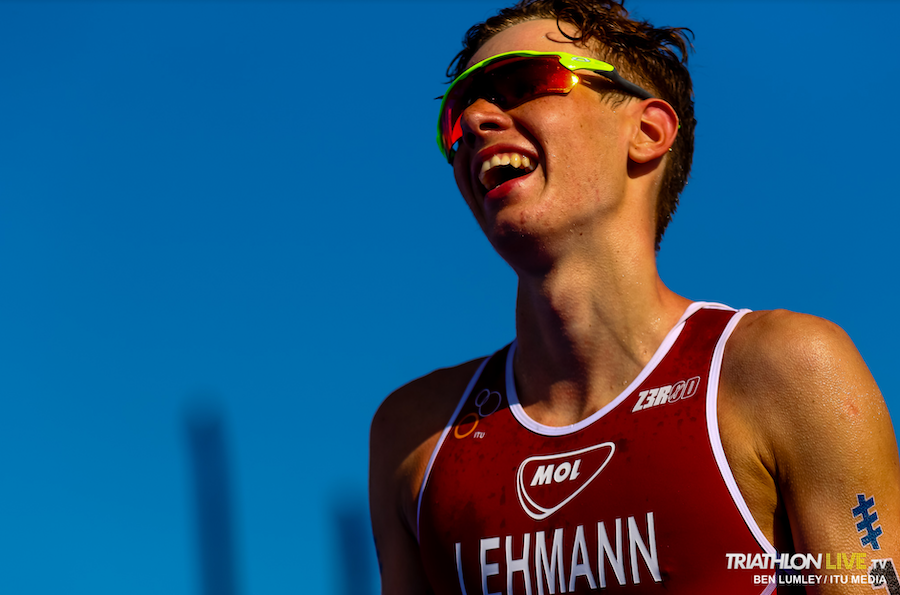 Hungary’s Csongor Lehmann hails from a true triathlon dynasty, his father and coach Tibor was a National Champion in the ‘90s and the man behind bringing the ITU World Cup circuit to the small Hungarian of Tiszaujvaros, where it has been a mainstay of the ITU calendar for more than 20 years.

Lehmann was crowned Junior World Champion on the Gold Coast in 2018 and seamlessly made the progression up to U23 level in this year’s Lausanne Grand Final when he came away with a brilliant silver. Throw in a first WTS appearance in Yokohama in May, and it is safe to say that 2019 has been a big season for the young Hungarian, so we asked a few questions to find out what makes him tick.

—
What has been the high point of your season?
I have lots of superb memories from the season but if I had to choose one, it would be the U23 World Championship in Lausanne. It was a perfect race for me having made it the focus of the year. I gave it my best and was really happy and surprised that could make it onto the podium again a year after my Junior victory.

And the low-point?
My season started late with two really tough races where I struggled a lot but, luckily, I was able to forget about them as the season progressed.

Can you remember your specific pre-season targets and did you hit them?
While we were planning, I knew that the most important destinations for my season were Tiszaújváros and Lausanne. I am really happy with how my races went there.

If you could change one moment from the 2019 season what would it be and why?
I would change the last run lap of the Tiszy World Cup. I think my heart and emotions brought me to the front too early and as a result I finished just off the podium in my hometown race.

Which athlete has impressed you most this year?
Kristian Blummenfelt, his race in Lausanne was just insane. Watching it in real life was a huge experience.

What has been the song you have played most on your travels this season?
Hand of Doom by Black Sabbath

What was your go-to TV show or film when you were on the road?
Django Unchained

Where was your favourite race venue in 2019?
Lausanne, and not only because of the nice memories. The course and venue next to the lake was beautiful.

What was the biggest thing to happen to you in 2019 outside of triathlon?
Well, one morning I didn’t have to set an alarm and go to a training session. That was memorable!

What personal goals are you setting yourself for 2020?
My biggest race of the season will be the u23 World Championship, where I would like to improve upon my result from this year.