As part of her “European Tour”, Hannah Knighton, from New Zealand, had marked a variety of races on her schedule.

Having enjoyed the quality of events in Europe last year, racing at Lausanne and then at the Grand Final in Rotterdam, she had a gamble against the Elite Women in Holten and placed 17th but in a pretty stellar field. Coming to this race in Tábor and nearing the end of her sojourn in Europe, she was quietly confident. 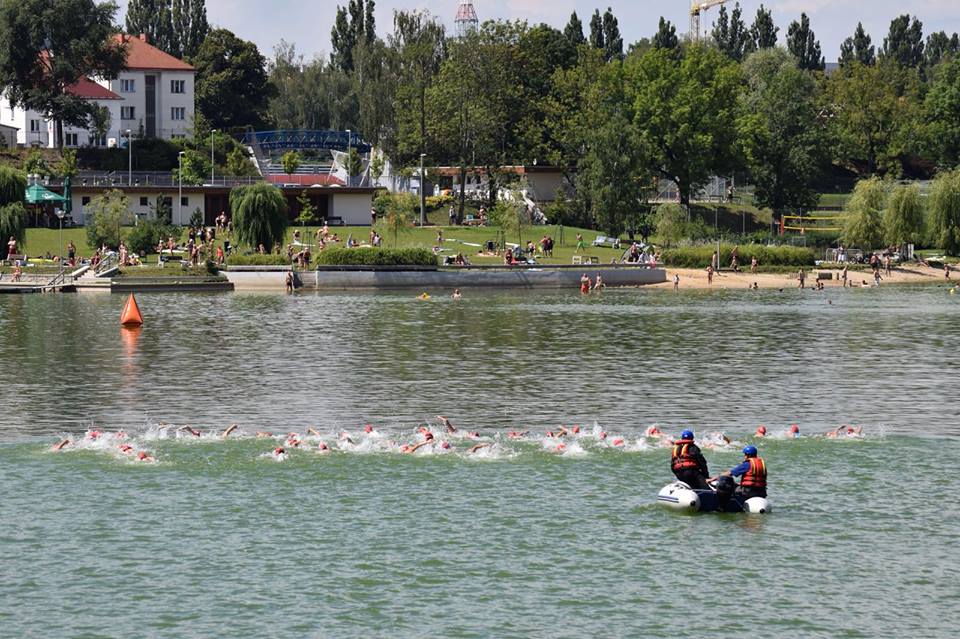 This race has a “point to point” swim, which gives the spectator a variety of views of the athletes and with the bright sky behind them it was a photographer’s dream. 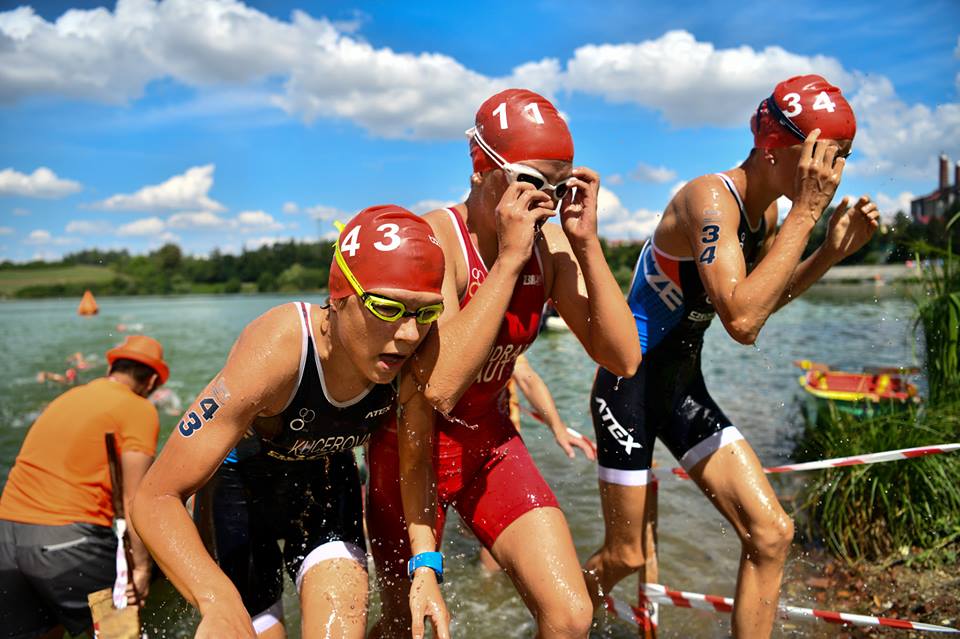 As they neared the swim exit, it was clear to see that once again it was Portugal’s powerful swimmer, Gabriela Ribeiro who was leading. She had broken away from the pack and was solo out front. Her lead over Germany’s Sophie Rohr was almost 15 seconds when the timing mat clocked them. Israel’s Shira Katz was just behind and then leading the pack was Slovakia’s Kristína Jesenská.

Quick-thinking officials had spotted that one athlete was not wearing her timing chip and with the speed of a Formula 1 Pit-Stop, they attached a new one to her leg as she exited the water, ensuring the rest of her race would get the right timing splits.

Along the blue carpet into T1 and it was still Ribeiro in the lead. Only out on the bike did her lead begin to evaporate and hard work from the chasing athletes saw the Portuguese reeled in. 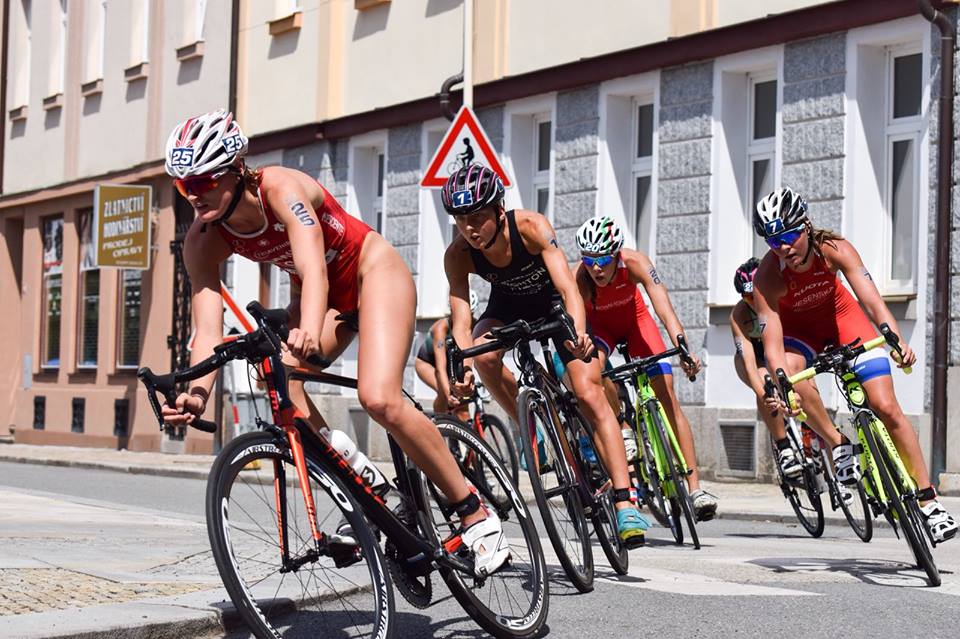 At the front now a loose group of 15 or so athletes worked to keep ahead of any threat from behind.

A pretty technical and hilly course was enough to test the athletes and for some to attack on the rising sections as they passed over the interchange. For some it was time to attack and for others, it was time to sit in the pack and spin. Which tactic would work best? 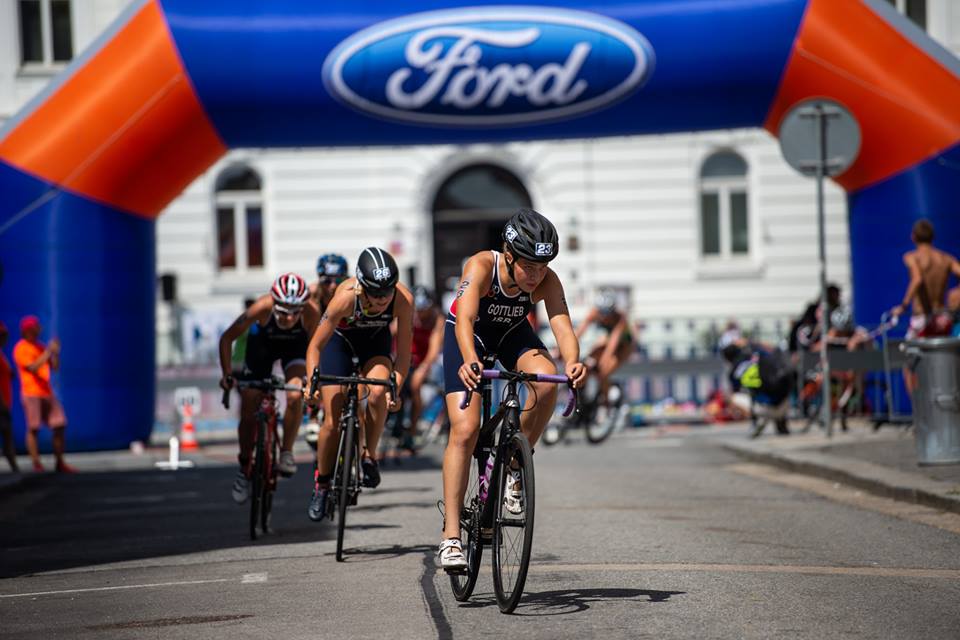 With the police outriders ensuring the safety of the bike course, the athletes were delivered back to T2 and it was Rohr looking strong as the pack of 11 athletes now, came in to Transition, located in the main square. 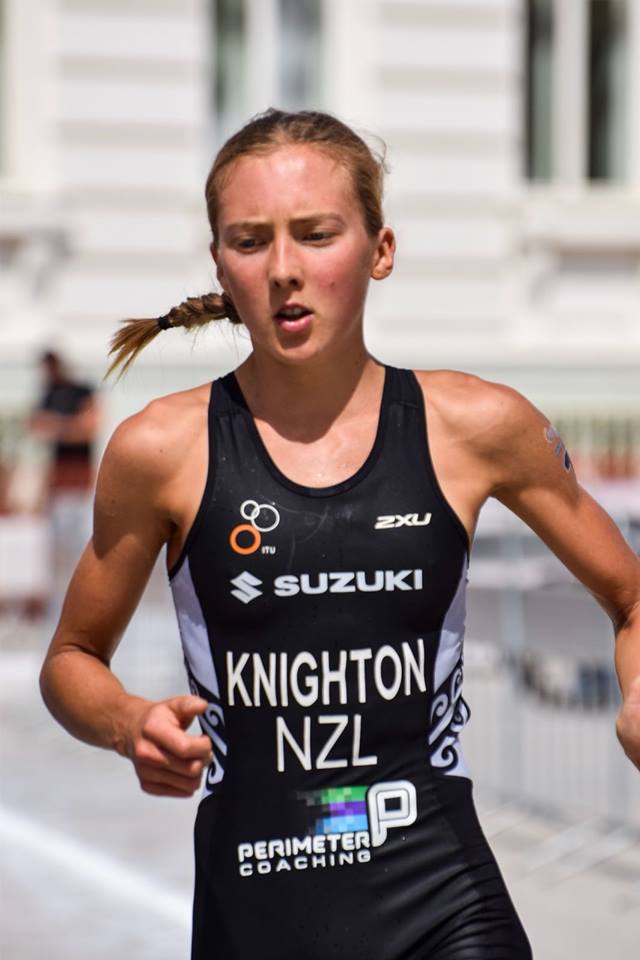 The crowds had filled the square and with the course design bringing the athletes back past Transition, the lead athlete was spotted by some of the slower athletes as she completed her first lap and as the others started their first. 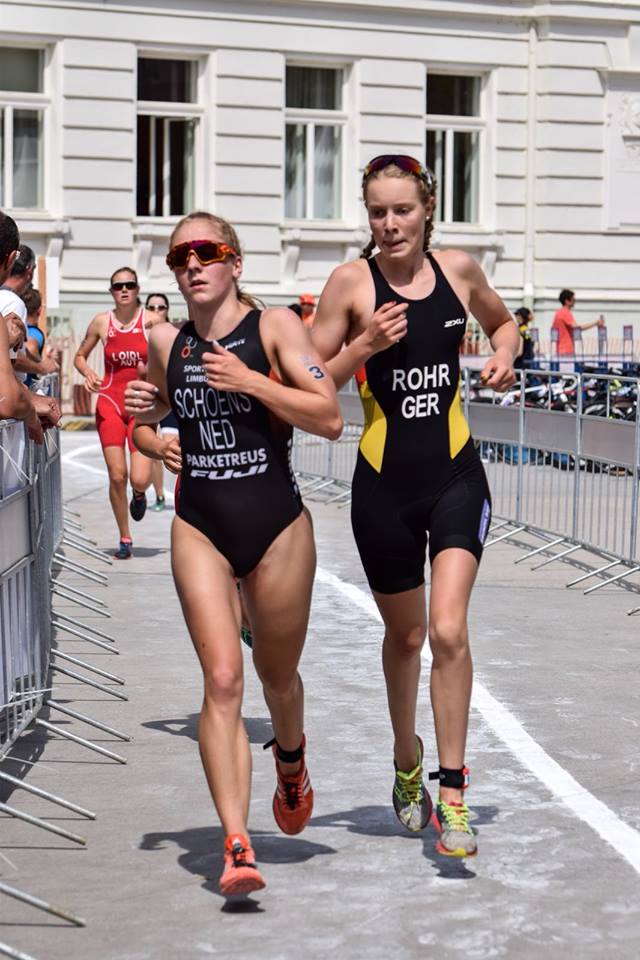 In the lead now was Knighton and her run pace had blown the field apart. Running easy, she had created a huge advantage and now the battel was on behind her for the remaining medal positions. 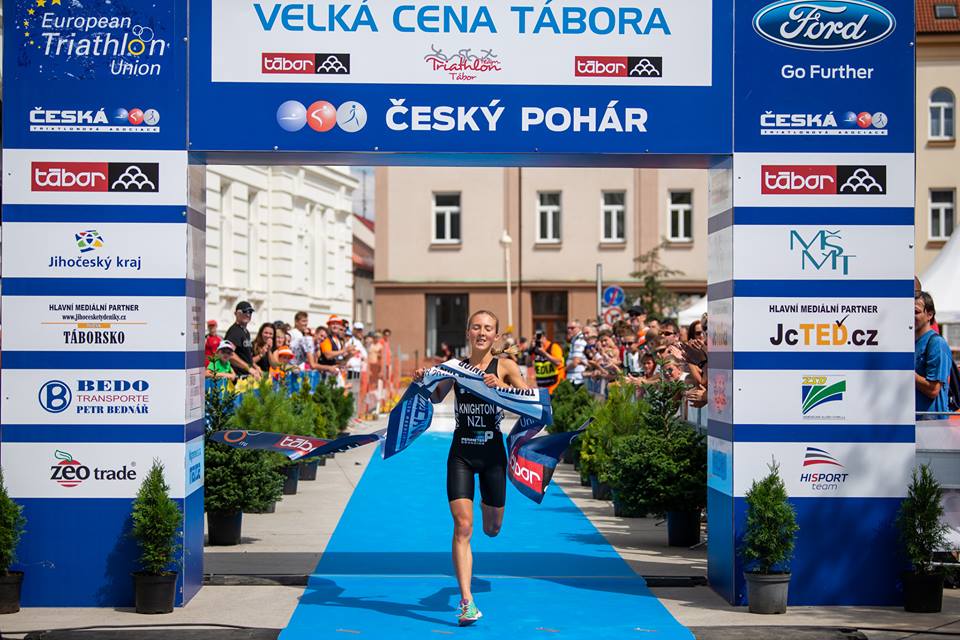 The Kiwi had no need to look back. She had pretty much won the race on her first run lap and with easy strides she came to the blue carpet to grab the finish tape. Behind her it was Jesenská who just had enough pace to hold off Schoens. Rohr narrowly missed out. 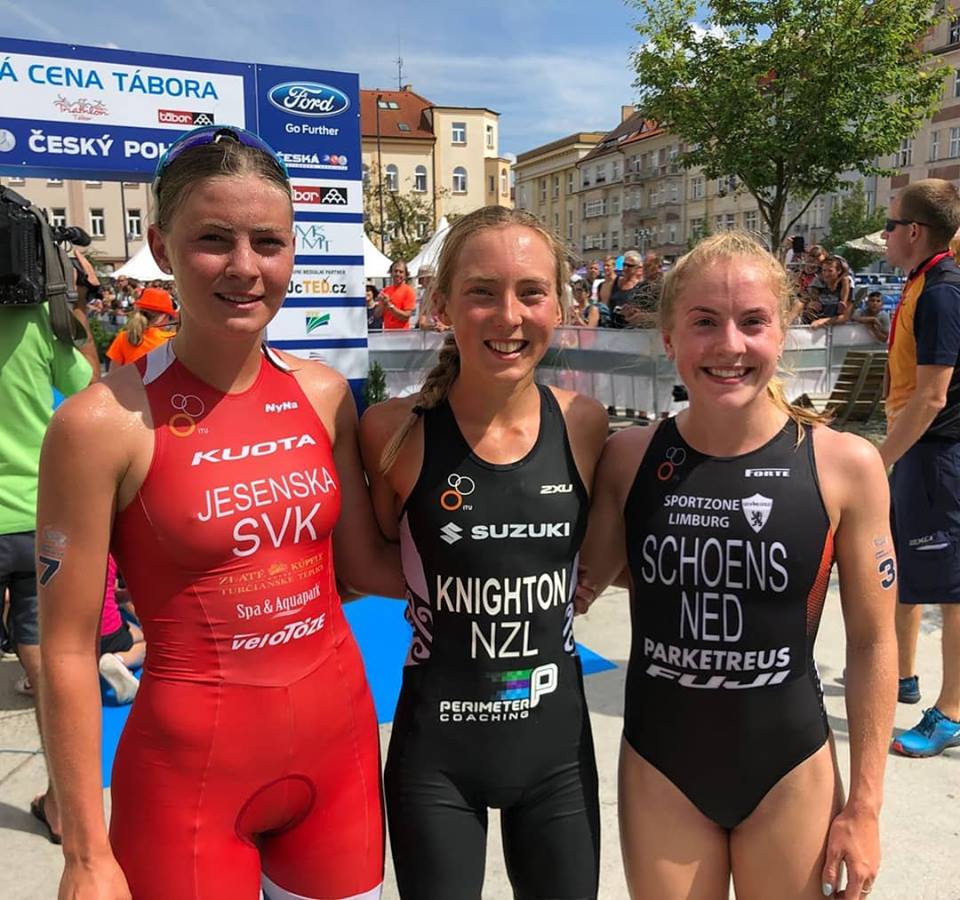 After the race, Knighton said, “Stoked to take the win at the @european.triathlon.union Junior Cup in Tábor today! Happy with how things have progressed over the past 4 weeks in Banyoles, still more (exciting) work to be done! Super pumped for the last leg of my European campaign - the @thelondontri MTR!” 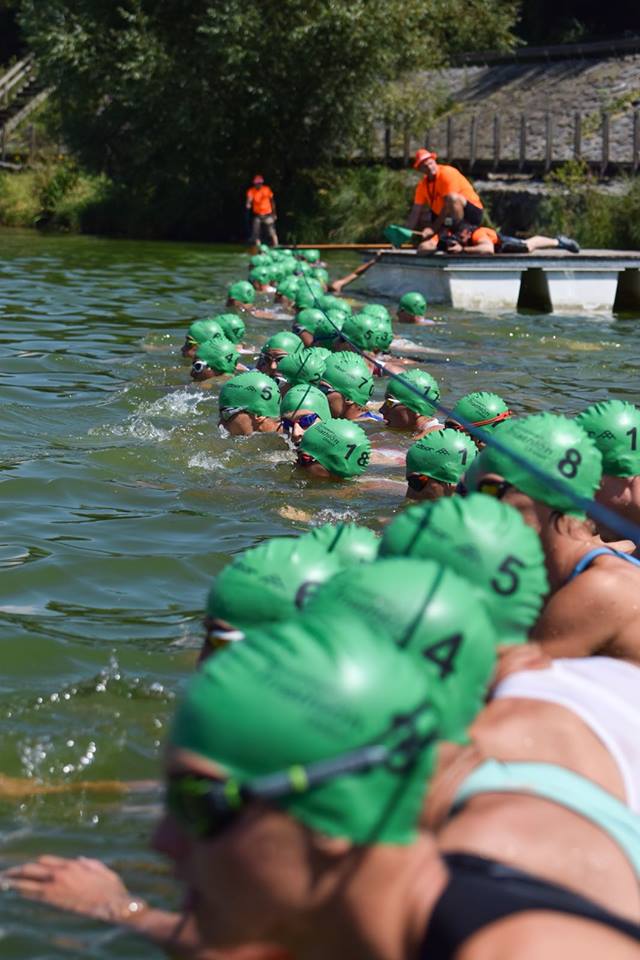 For the Junior Men, there would also be a chance for Portugal to shine, with Ricardo Batista racing and in such good form after Tartu. 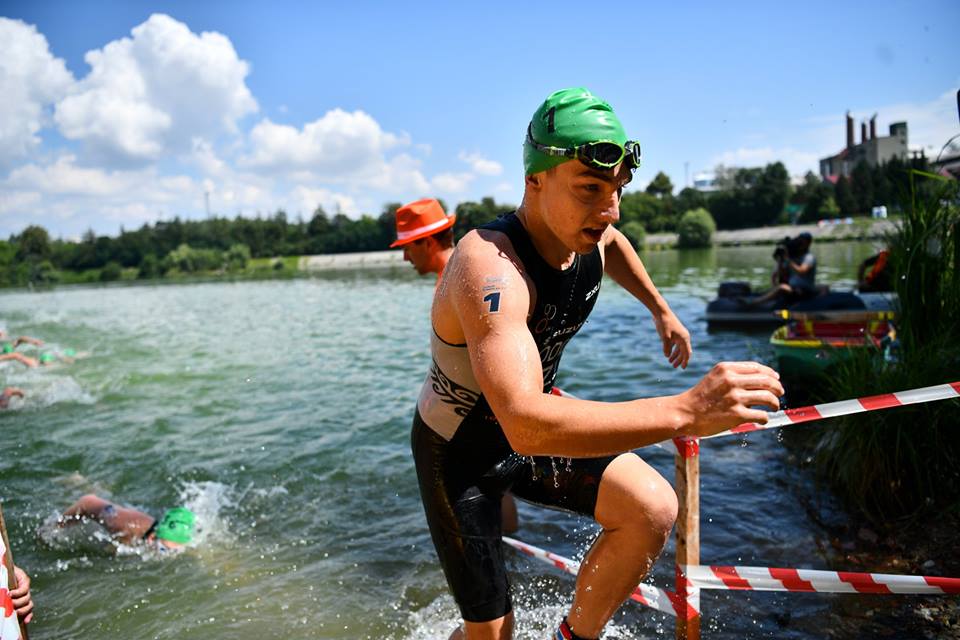 He would however, have to face the strength from the Kiwis and indeed it was Dylan McCullough who led them out of the water. 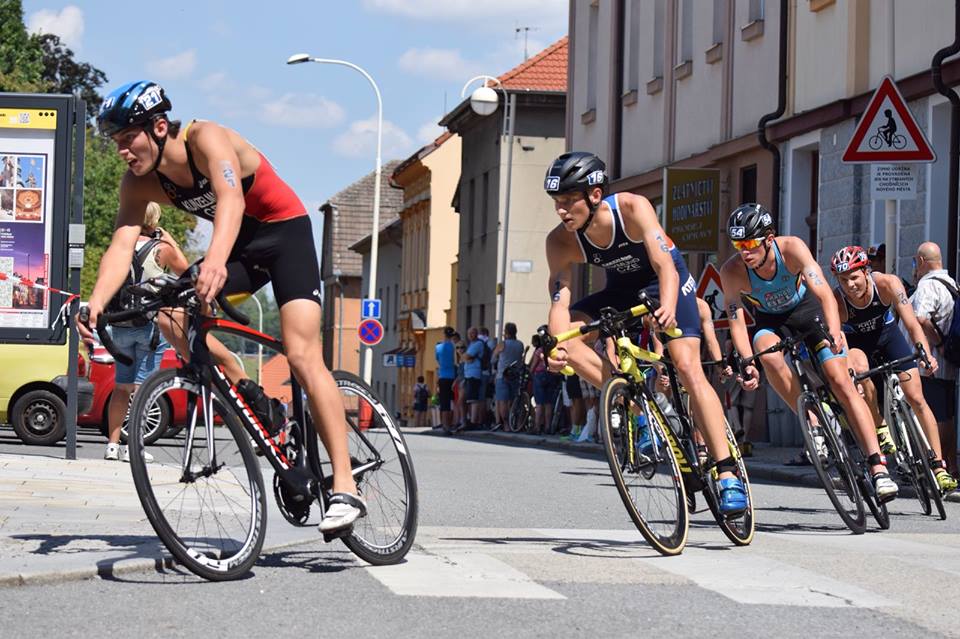 Out onto the bike and it was Tjebbe Kaindl AUT whose break away on the bike led him and Simon Henseleit GER into T2 with a clear lead.

Both athletes have shown good pace in the past but with McCullough and his proven speed over the final leg, it would mean a superhuman effort from them to keep ahead of the Kiwi. 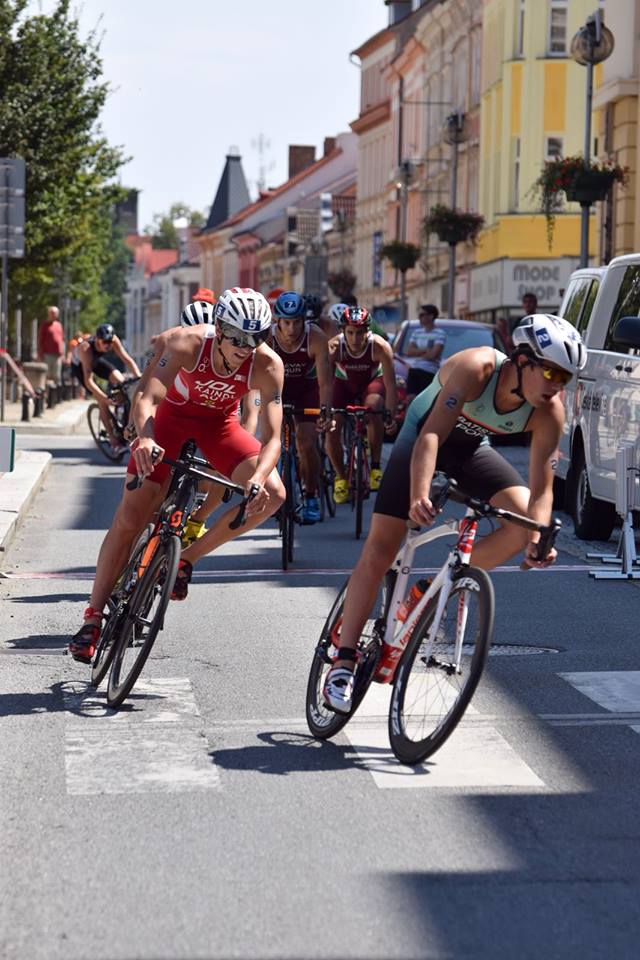 But, in that chasing pack that came into T2 was Batista. 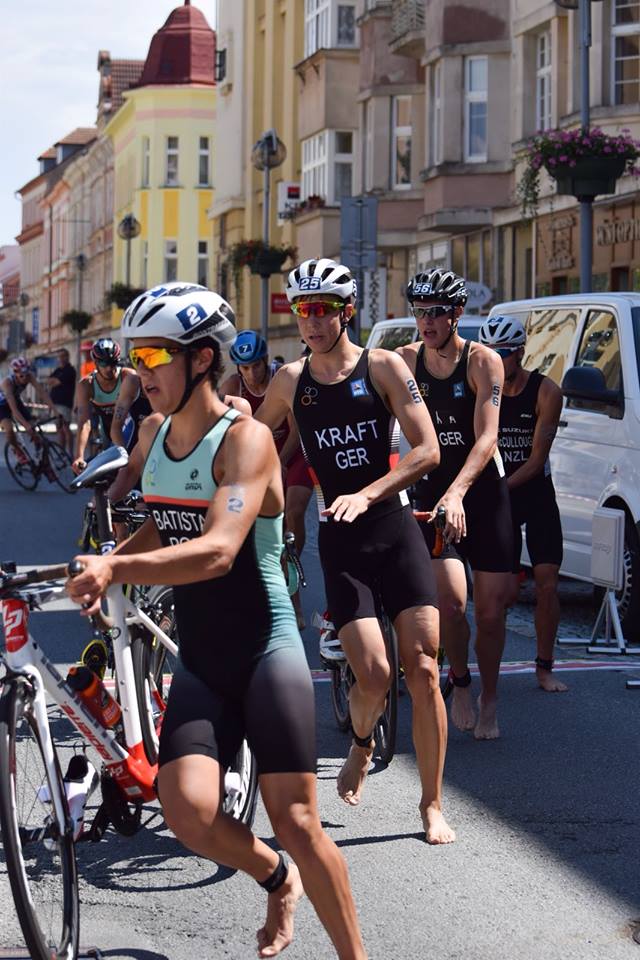 His clean transition and pace as he left T2 was exciting watch but could he possibly make up the distance and keep the Kiwi at bay? He certainly showed the pace early on. Kaindl and Henseleit led, with the Germany at the front and Austria a couple of paces behind but it was very hot out there and soon Kaindl began to fade. 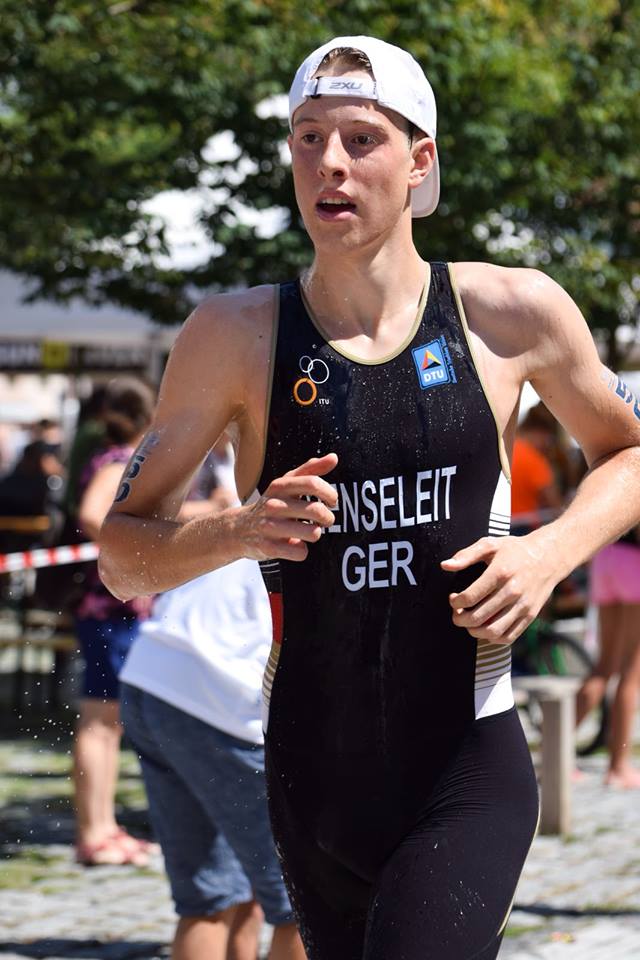 As the first lap ended, the chasing athletes were wearing “all-black” but then a few strides back came a larger group and in that group was Batista and in the distance he could see the red uniform of Kaindl and that was enough to focus upon. 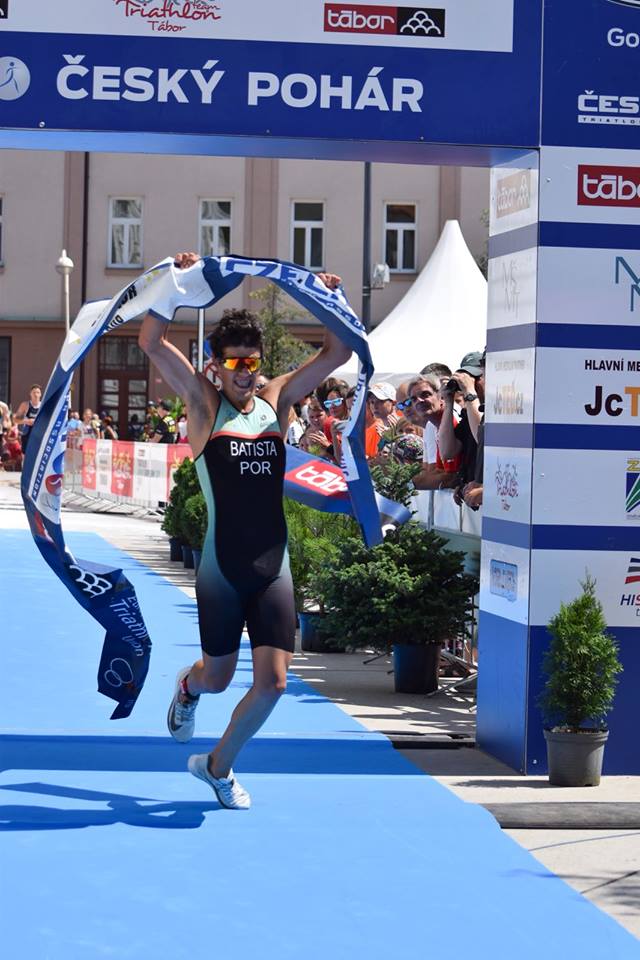 Passing Kaindl and then Henseleit, Batista had to keep McCullough back and a magnificent 14:19 for the final 5k saw the Portuguese take the gold, with an absolutely delighted Henseleit holding on the beat McCullough by just three seconds. Kaindl found extra energy at the end but just missed out on pushing the New Zealander further down the pecking order. 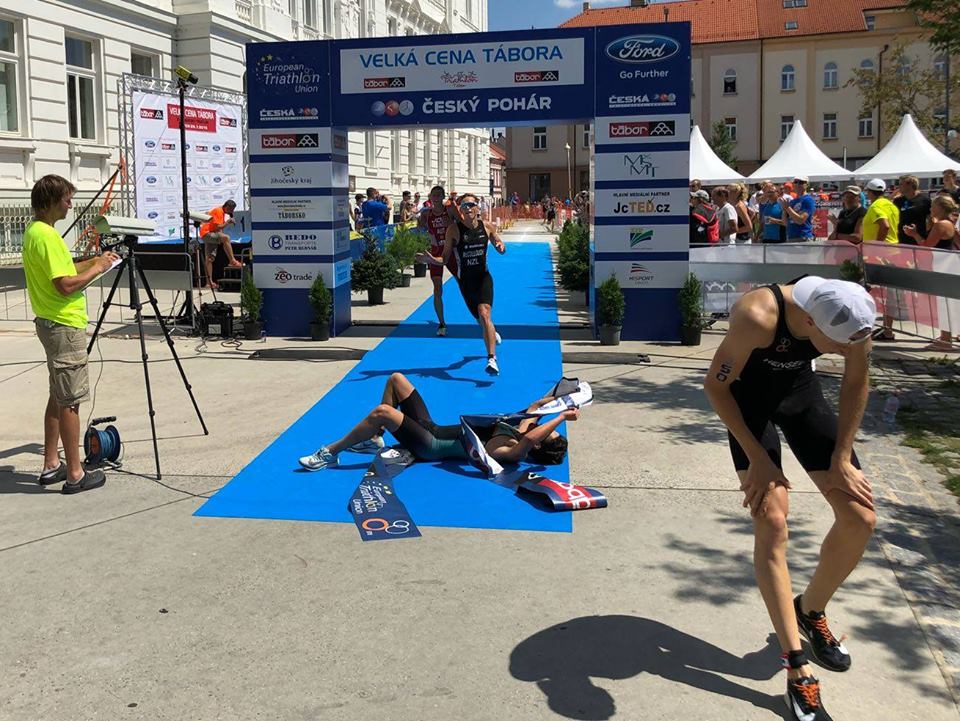 For Batista, “No words can describe this feeling! First win in an European cup! Let’s continue the good work.”

We heard from Henseleit after the race, “When hard work pays off! Super surprised about today’s junior European cup in Tabor. The hilly and technical bike course was well suited for a breakaway and after chasing down the first group solo, I got away with two other boys. In the end just the crazy fast @ricfbat caught me, so I ended up 2nd. Happy with my first international podium and great way - I think - to come back after my injury!” 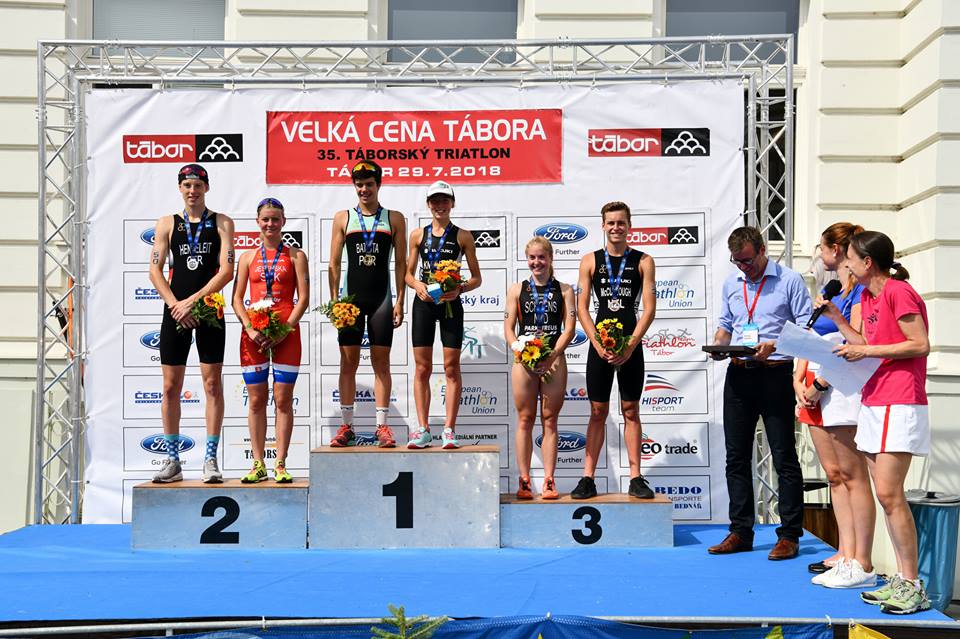 Thanks to the LOC, Barbora Macková, to Patrik Jech and to ETU Board Member Herwig Grabner for the pictures and a great thanks to the organisers for once again staging such an exciting and tough race.