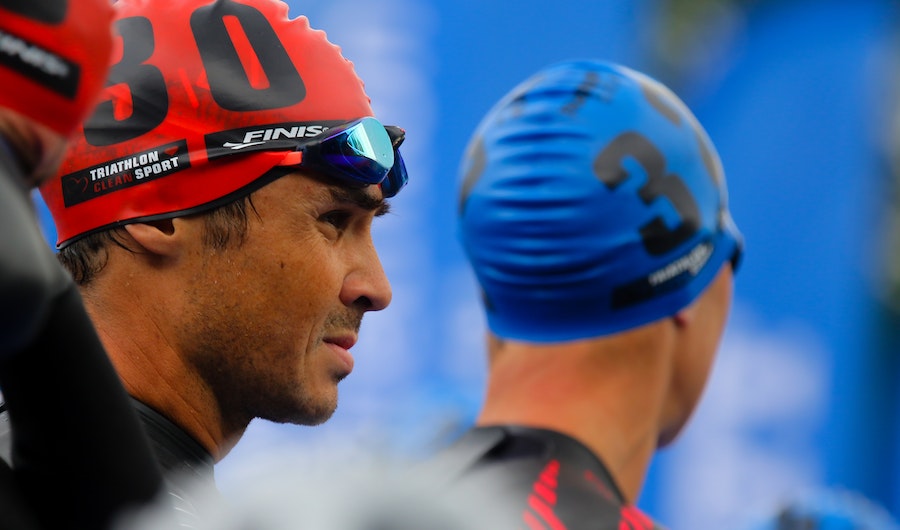 Introducing Javier Gomez seems pretty unnecessary at this point, so instead let’s cut to the chase. Quite simply one of the very best the sport has ever seen, while his retirement from the blue carpet at the end of 2021 was probably no big surprise, his presence on the WTCS start lists and the wow-factor he brought with him wherever he raced will be greatly missed.

To bridge from the past 20 years at the top of the sport with World Triathlon to his next challenges over long distance racing (and his rock band doing some hometown headlining at the 2023 World Triathlon Championship Finals Pontevedra**), the Spanish legend came on the podcast to reflect on his career-defining moments, reveal the keys behind his success and explain his ‘difficult’ relationship with the Olympic Games.

Listen to the full interview on the usual platforms including Spotify, Apple and Google.
—

“It’s hard to find the words to summarise 20 years of a career with so many great moments. It gave me everything. I lived so many great experiences and that’s part of who I am. At the start I was able to race people older than me I really admired and respected… and eventually beat most of them.”

“I was winning races in 2007, 2008 and then Ali Brownlee came in and he was at a different level and I knew I had to improve. That made me work hard and train harder and find ways to be a better athlete and eventually I got to beat him in some races. Then the younger generation in the last few years have raised the bar again.”

After the best part of two decades at the top, 2022 has started well for Javier Gomez. A 70.3 victory in Pucon Chile getting his tenure with new coach Dan Plews off to a winning start as he dedicates himself full-time to the longer distances. The 2019 ITU Long Distance World Champion obviously has form in that area but, after the steep learning curve that was his 2018 Kona debut, there are still some major goals that lie ahead.

“Dan has a lot of knowledge, a lot of experience, and so far I’m enjoying the training and I can see the improvement. I’m getting better, especially on the bike and my consistency… makes me think that I’m working in the right direction. So that’s always exciting. I’m kind of a rookie and long distance and if I want to be a good athlete, I just have to prove it.”

Knowing that there are still areas for improvement is the main motivation behind the next chapter for the five-time World Champion, who raced his first 70.3 in 2013, then won the 70.3 World Championships just a week after the ITU World Champs that same year.

“I was doing some half distance races just for fun or, you know, to get out of my comfort zone and get myself motivated. I felt comfortable doing middle distance but the training is very different and what it requires is very different, so it’s really hard to combine both. And, you know, in both distances in ITU and long distance, the level is incredible at the moment!”

So 2018 was the year that Gomez took a break from the blue carpet to focus on Kona, where he plans to be for a second time in October. Heading on to the run with the leaders, it wasn’t long into the marathon that the effort started to take its toll.

“Yeah, that, that was a pretty bad race. I pushed too hard, probably, on the bike to stay in that first group. We were riding quite hard. I said to myself, ‘Well, I want to see what it takes to win this race, I’m going to try to be with the front guys and if I drop or if they destroyed me, then at least I know how far I went in, what I need to work on.’ It was good to experience the course, experience the pace and know how fast these guys can go.”

You can hear Javier dissect his four Olympic Games experiences, reveal which of his wins he celebrated the hardest and what he puts his incredible consistency and longevity down to in the latest episode of the World Triathlon Podcast below.