Italy and Israel make it a golden weekend in Kitzbühel

Kitzbühel’s ETU Junior European Cup promised to be a great event and wow!! it certainly was. 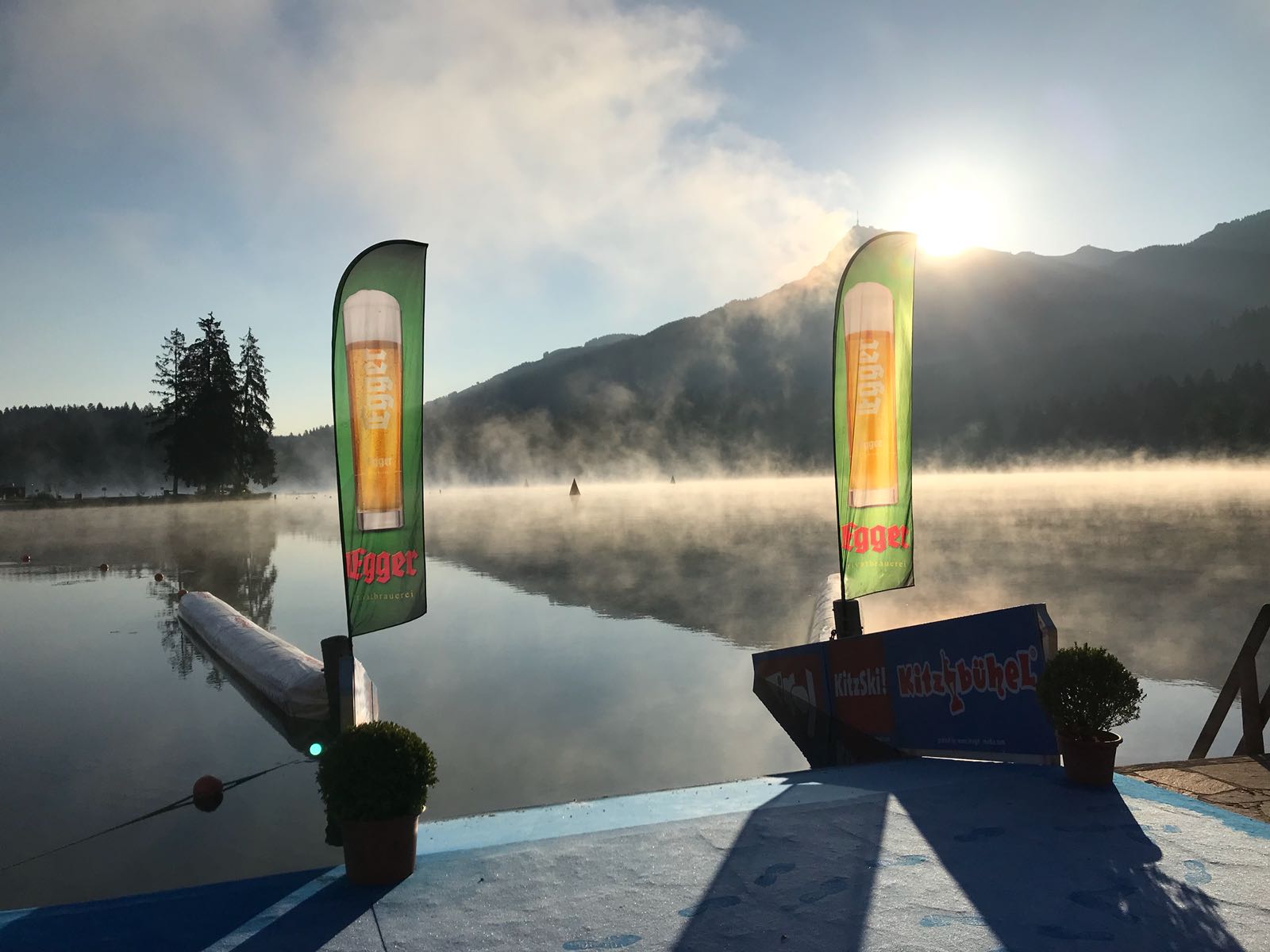 The beautiful Schwarzsee, so well-known to so many athletes now after two European Championships and the WTS visits in the past, was once more the focal point for the weekend, with the mid-week rains subsiding to allow the race to be held in great conditions.

It would be a weekend full of action with a variety of races built around the focal point of ETU Junior competitions. A chance for the community, for Austria and for the neighbouring nations to join together and race on a perfectly-tested and now famous course.

It was this LOC that proudly received their award in Moscow earlier this year for having organised the best event in 2017. Their expertise would ensure that the 2018 ETU Junior event would be right up there with the very best. 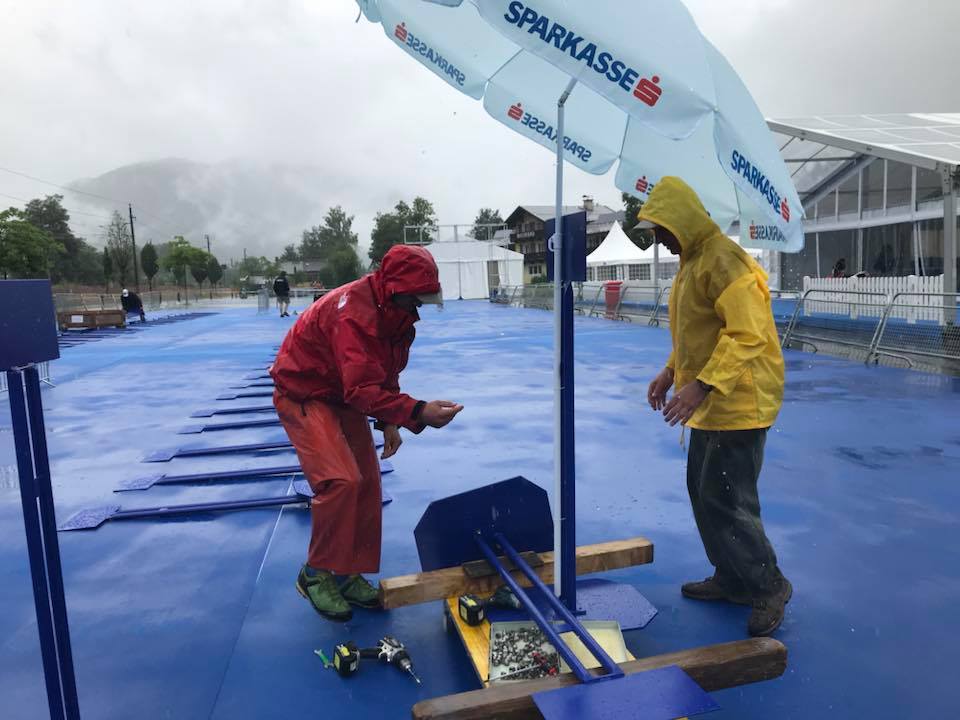 Having faced torrential rain last week, the organisers and athletes, and of course the spectators, were delighted that sunshine greeted them on Saturday morning as the early lists were burned off the lake. 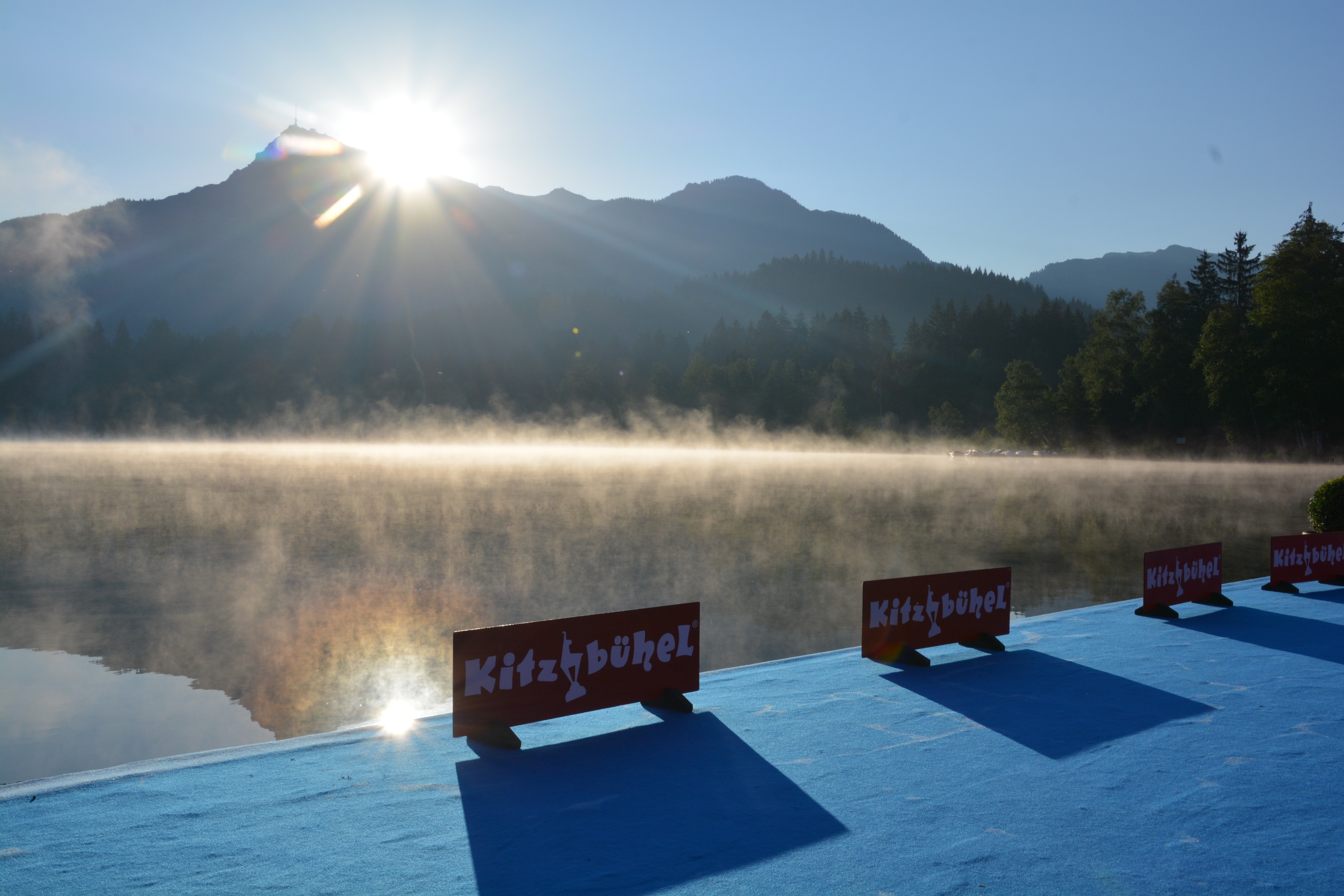 The super-sprint format, of semi-finals on one day and the finals on the second has proved to be popular and for the spectators, a promise of a series of top-class races. The Swim was a 1-lap 500 m with no wetsuits allowed. Out onto the 4-lap bike course over 12 km and closing with a 1.5-lap, 3.33 km run.

With the Junior Women racing first over two semi-finals, it was a chance for the Italian team to really show their depth and strength. It was Fanny Nussberger SUI and Zara Baković CRO leading them out of the water, it was a frantic chase by the rest of the pack that created a leading group on the bike. The door was open and it was the Italian women who rushed through with Beatrice Mallozzi, Costanza Arpinelli and Chiara Lobba taking the top three places by a comfortable margin and ensuring that the Azzurri would be well-represented in the final. Swim exit video here. With the second semi-final, it was again a Swiss athlete, Anja Weber who led them out of the water. This time is was Slovakia who supported, with Kristína Jesenská, the 2017 ETU Junior Aquathlon champion, a few paces behind. As with the first race, a solid group formed at the front and it was from here that the faster runners broke away to take the top three places. Jesenská claimed the victory, with Weber losing out to a powerful performance from Slovenia’s Tjaša Vrtačič.

With the final consisting of the best 14 from each wave plus 2, it was going to be a night of rest and focus for the next day and not a little bit of hope for the Italian team who had raced so well.

For the Men, there were three Semi-Finals and that would mean that the best 9 from each wave, plus three, would go through to the final.

The first wave saw a massive lead established by Italy’s Alessio Crociani. He had led them out of the sea in Melilla at the closing race in 2017. With Paul Weindl GER, leading the chase, there was some impressive riding before the final transition and a charge to the finish line that saw Crociani take the honours ahead of Zsombor Dévay HUN and GB’s Guy Evans-Haggerty in third place. With only the top 9, plus 3 going through, it was an 8th place for Israel’s Yoav Avigdor who just edged ahead of Arne Leiss GER.

The second wave saw Gergely Kiss HUN head first to T1. Ben De la Porte RSA, was the man to beat but he had tucked in well to the race, showing his pace to just snatch the win from Germany’s Chris Ziehme. They shared the same time but it was the South African who took the top spot. Behind them and to the delight of the local crowds, it was Tjebbe Kaindl who claimed the third place. Germany’s Maurice Ehinlanwo, who had exited the lake in second place ensured a spot in the final by finishing 9th. Swim exit video here.

The final wave would be tough as this would be the final chance to get through to the Final on Sunday. Tomáš Zikmund was the strongest on the water, but only just as Great Britain’s Daniel Dixon was on his toes and ensured he worked hard on the bike. South Africa’s second athlete, Jamie Riddle was soon with them. The final run saw Dixon take command and he had a comfortable lead when he crossed the line. Maxime Fluri SUI had a great bike and a faultless T2 to claim the second place and it was Zikmund who came third. Further down the pack and Nick Ziegler had done enough to get to the final. Then the athletes had to wait to see who the lucky three were who would join the start list on Sunday. The day dawned with a mist covering the lake. As the sun began to shine, the mist burned off and Kitzbühel was there in all its beauty.

The women raced first and it was Anja Weber once again with a strong swim. This time, it was Sophia Green GBR who pulled Kristina Jesenská to T1. Behind them a string of athletes emerged from the water. Italy’s Beatrice Mallozzi was alongside Carlotta Missaglia coming out of the water but 13 seconds back and really in need of a good transition and then a route to the pack if Italy was in with a chance. Just ahead of her was Quinty Schoens who the day before had chosen the far right hand side of the swim start to get a clear line to the first turn. The Dutch athlete’s tactic then had worked well and it enabled her to exit the water in a good position and then to turn on her power on the bike. She had a similar race in the final and once again was one of the strongest on the bike.

The lead group came into T2 with a small but safe lead over the chasing athletes. Mallozzi is known for her incredible pace on the run and, after struggling with her shoes for a few seconds, she kicked hard and soon was running through the pack. Her closing 11:14 for the run took her all the way to gold and it was her teammate, Arpinelli, who claimed silver, with a comfortable margin over Germany’s Katharina Möller.

The host nation’s best performance came from Magdalena Früh who lost out in the closing stages. Schoens was remarkably consistent, coming home once again in 6th just behind Jesenská. 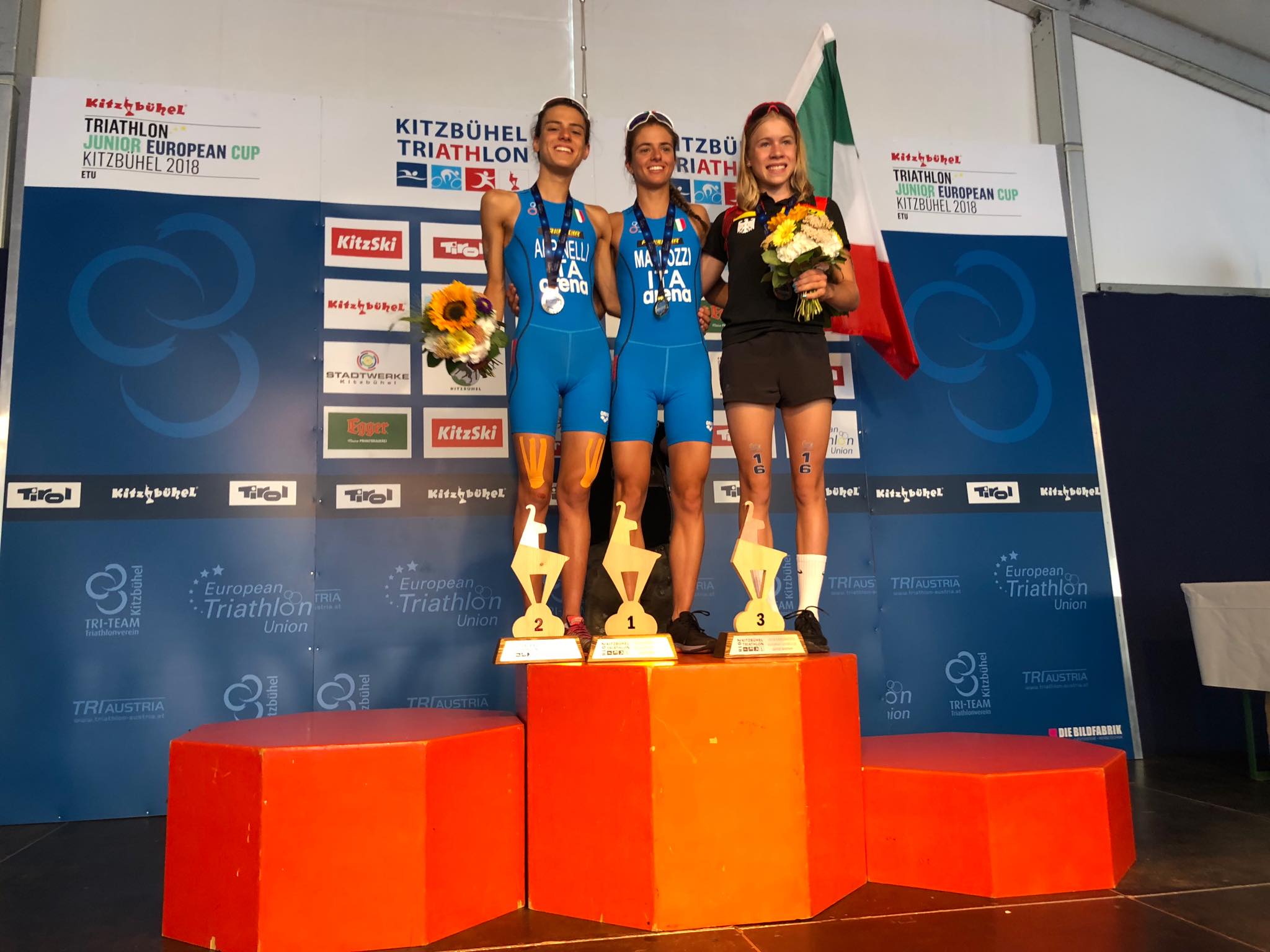 A truly impressive performance from the young Italian women will surely ring bells in Rome. The new generation of Azzurri is coming! For the Men, it was going to be a chance for the two strong South African athletes, De la Porte and Riddle, to send out a pre Youth Olympic Games message to the Europeans. From the very start, it was going to be raced at top speed. Czech Republic’s Filip Michálek led Crociani to the swim exit but then they were soon submerged in a pack of athletes. A leading pack of athletes pushed the pace and by the time they came into T2, 27 athletes were racking their bikes and struggling to get a clear run out of transition. It was Kaindl and Fluri led them out onto the run but it was Nick Ziegler, who had just qualified in the last semi-final, who showed promise in the run, leading the strongest six athletes to the front. With a six second lead over the pack and with over half of the run finished, Avigdor upped the tempo and broke away. His pace, the crowds shouting and cheering, the commentator going wild and it was a victory for Israel with Ziegler finding another gear to accelerate past Fluri in the final metres of the course. 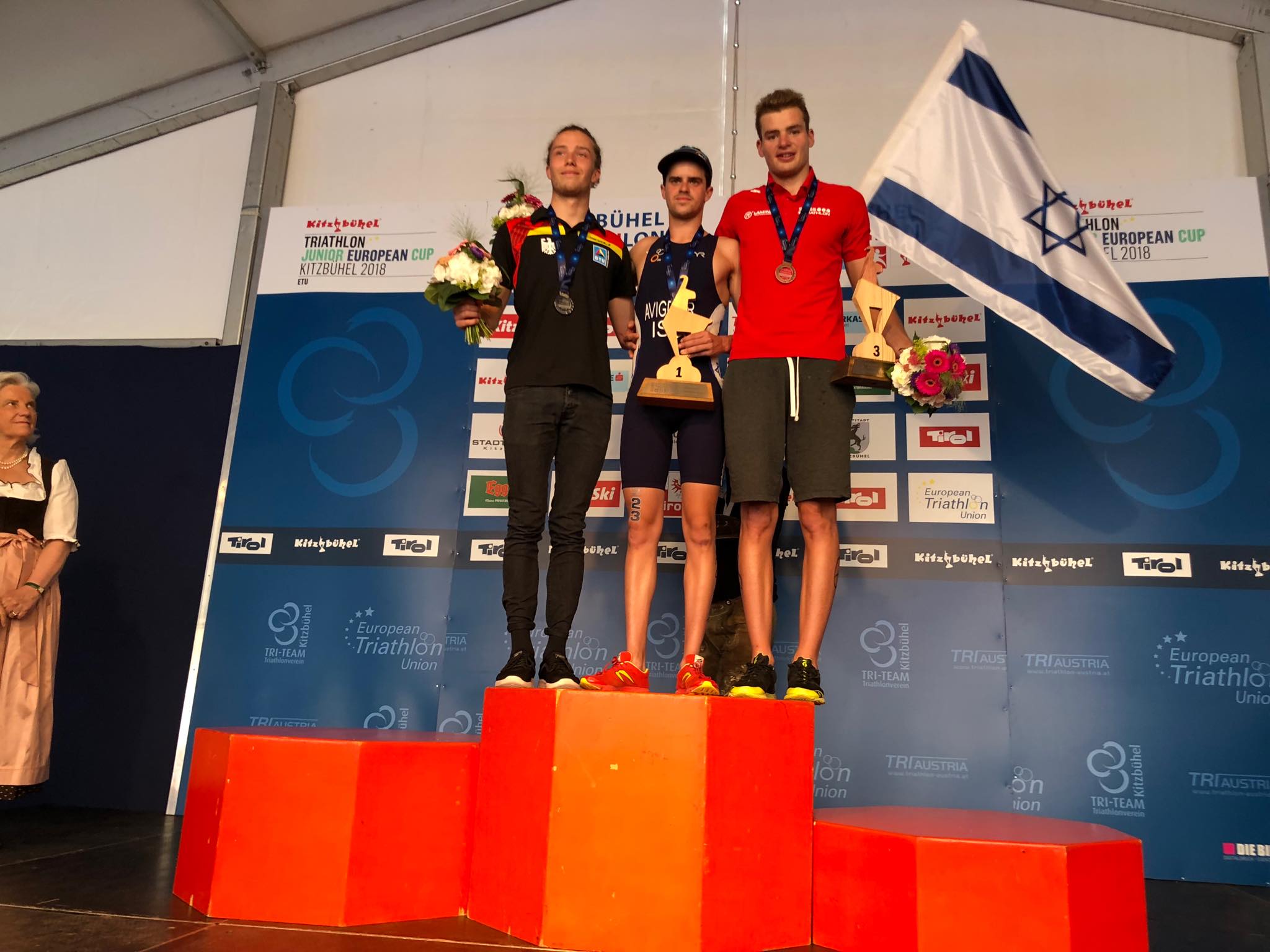 The Israeli Triathlon Federation and the Wingate Institute in Israel will be delighted with this result and following on from the performance recently in Dnipro, this will give extra points to the nation in the ETU Nation standings. Italy can expect these results, with their Junior Men who had two top ten places to add to the gold, silver and tenth of the Junior Women, will also move them up the table. 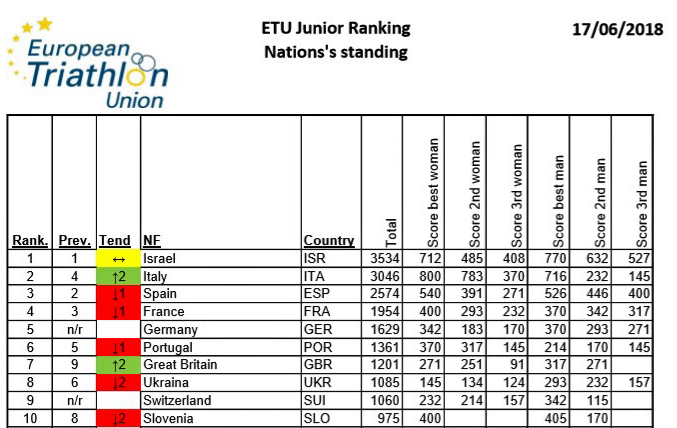 The performances here in Kitzbühel were even more impressive when you consider that for many of these young athletes, this race has come at a time of the year when they are under immense end of year pressure to perform well in their academic examinations. That they can still push themselves so hard over the three disciplines of swim, bike and run, shows how special they are. 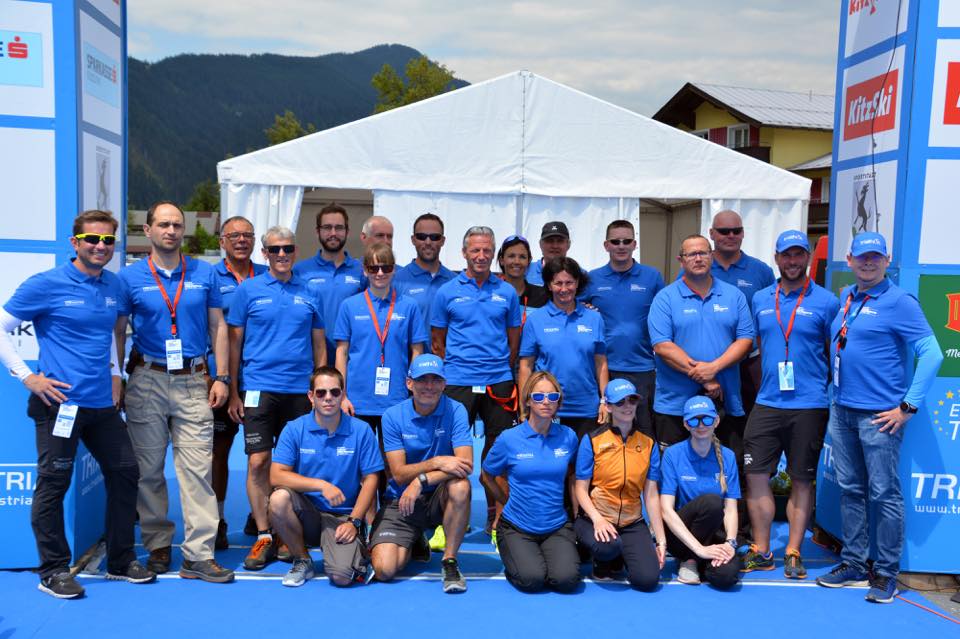 The Technical Officials were led by Györgyi Bazsó-Bodnár. They worked well to ensure the race was fair and safe for everyone.

The racing now over, the LOC were busy dismantling the venue to make sure it is ready for the many thousands of visitors who will arrive over the summer months. 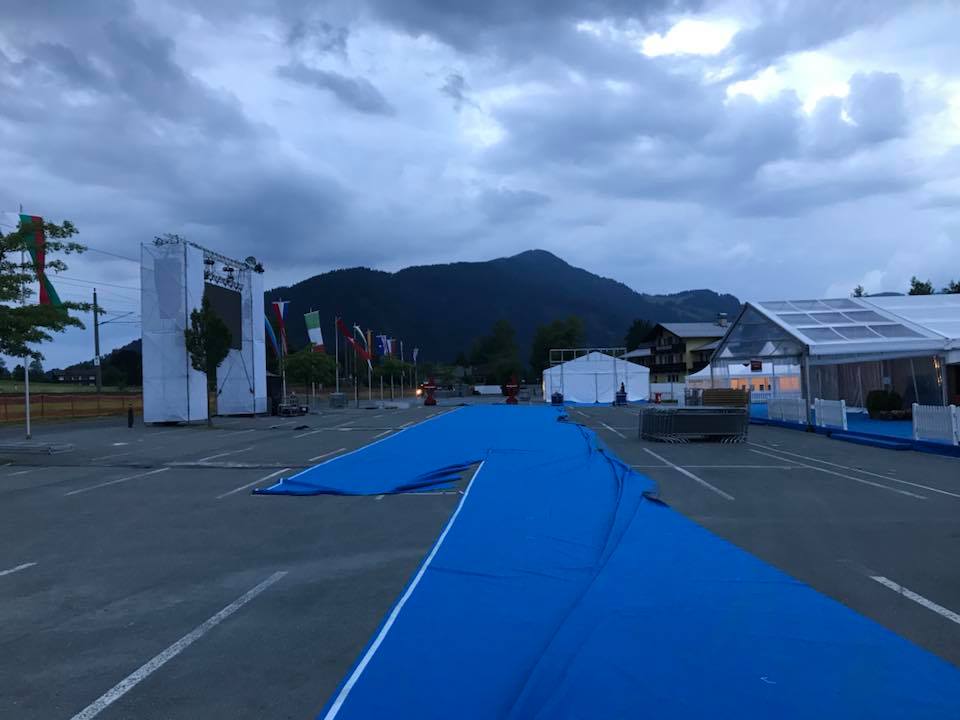 As we say once more “Auf Wiedersehen / Auf Wiederschauen” to the wonderful team from Kitzbühel and a big thanks for once more putting on such a great event, we look forwards to the next race, in a week’s time in Bucharest.

A big thank you to Herwig Grabner from the Austrian Triathlon Federation for the images. 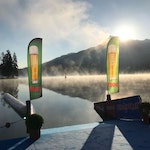 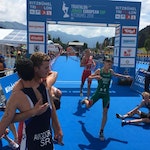 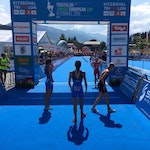 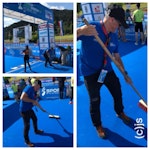 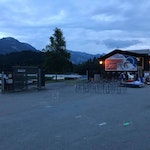 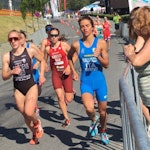 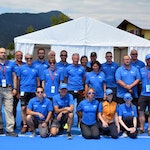 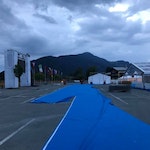 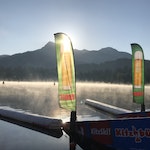 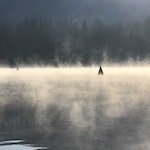 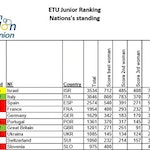 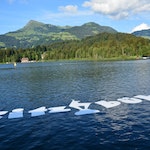