Great Britain’s Peggy Crome has a history with World Triathlon 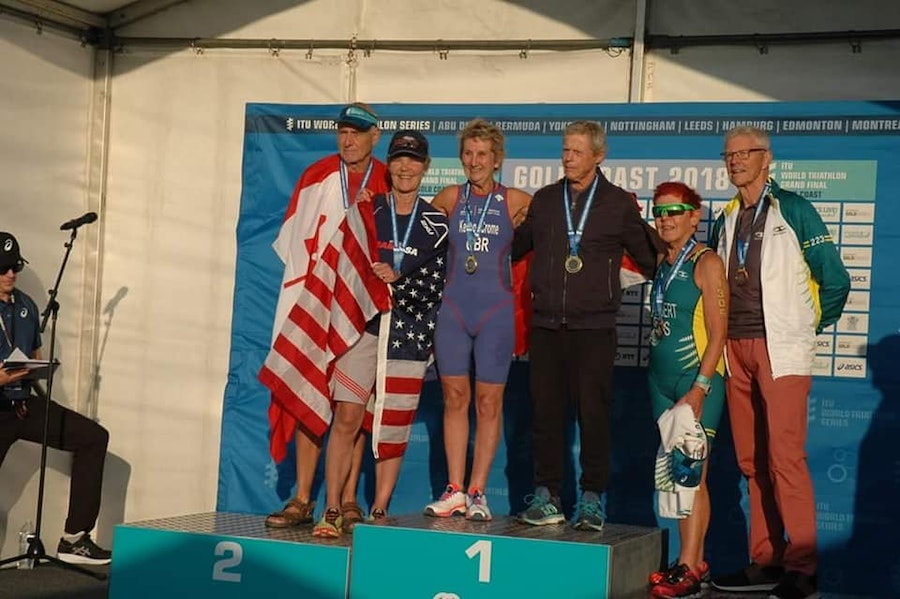 Peggy Crome, 77-year-old triathlete from Great Britain, shares brilliant stories across her 42 World and European Championship Age-Group results and attests to being among the driving force for women in triathlon, in the early 1990’s, specifically in Great Britain.

When Peggy retired from her career in teaching, the avid age-group triathlete bought herself an endless pool in the West of England, then moved to the seaside village of Westward Ho and to this day continues to inspire many in the community, as she aims for triathlon races all around the world. In 2019 Peggy won the 75-79 age-group sprint distance race, 25 years after her first World Championship in Wellington in 1994. Prior to this, the first triathlon race she participated in had 57 entrants, 2 of which were women and she was one of them. 27 years on and Peggy is still doing the sport she loves and aiming to compete in the World Triathlon Sprint & Relay Championships to be held in Bermuda in 2021, proudly donning a GB race suit.

“The good thing about triathlon is you look forward to getting older because you obviously go up an age-group and your best years are when you’re up in a new age-group. When I went up to 75, I won the Worlds and the following year I won the Worlds again.”

“This year, the Worlds are going to be in Bermuda so I should be competing there. I am in it to take part and do my best.”

Triathlon has taken Peggy all over the world to compete for Great Britain as an age-group triathlete.

“My very first World Championships race which I qualified for was in 1994 in Wellington and that was quite an eye-opener for me as most of what I had done before that was local events At the beginning of the race I kept stopping and letting people go by, I was a little freaked out by it. It was like being in a washing machine with a hundred other people. I then got a completely different mindset and kicked my feet up. I had to be a little more assertive and that got me through, I was being a little too polite and kind in the beginning.”

Peggy’s efforts in triathlon have pushed boundaries, and progressed opportunities, for women in the sport of triathlon in Great Britain, especially during the 1990’s when majority of race fields were dominated by male participants.

When did triathlon become part of Peggy’s life?
“It really started when I was 39, at the time when I smoked like train. I asked someone I worked with who ran marathons, how long it would take to train for a marathon. The whole staff room laughed at me because I was a smoker.”

When Peggy was advised that it would take six months to train for a marathon, she then set herself a goal.

“I set myself a mile from home and a mile back and I really could not run 100-yards without stopping and coughing. But I stuck with it. I stopped smoking and then training went up in leaps and bounds.”

“My first World Championship race was in Wellington and I have raced in Australia 3 times. Gold Coast is my lucky ground because i have always had gold in Gold Coast.”

Until Bermuda 2021 or the next race..
“I’ll carry on with my training, with my coach who understands what I need. It’s not important to train hard every day but have an extra day of rest and things like that. It’s more about quality than actual distance.” 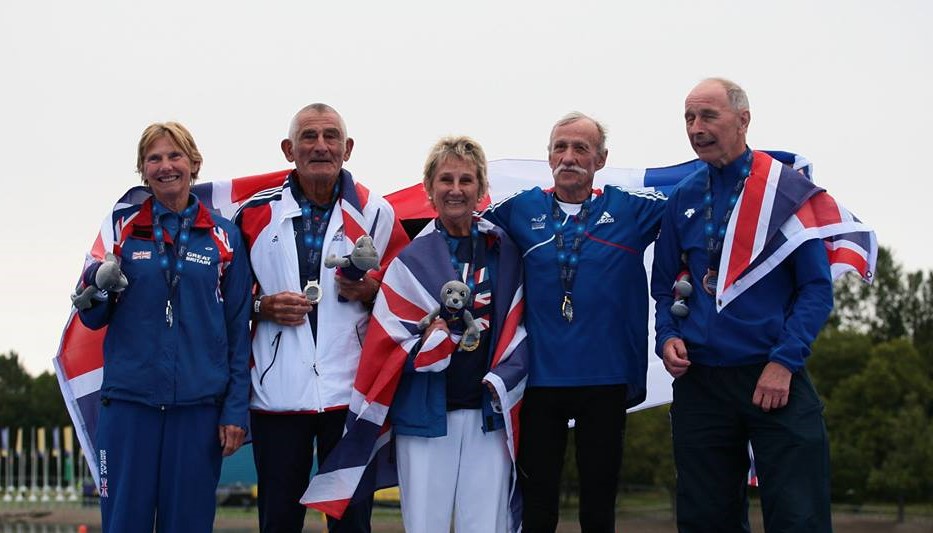 Listen to the Age-Group Special on the World Triathlon Podcast featuring Peggy Crome.