ETU Family: Working together in 2018, celebrating our sport in Moscow

The 2018 ETU Presidents’ Conference saw 36 National federations travel to Moscow, to be hosted there by the Russian Triathlon Federation.

With many of the delegates taking the chance to explore on the Friday, there was many photo opportunities around the city.

Saturday morning saw some of the braver ones meet up at 07:00hrs for a run around the city, led by the Russian Triathlon Federation President, Peter Ivanov. 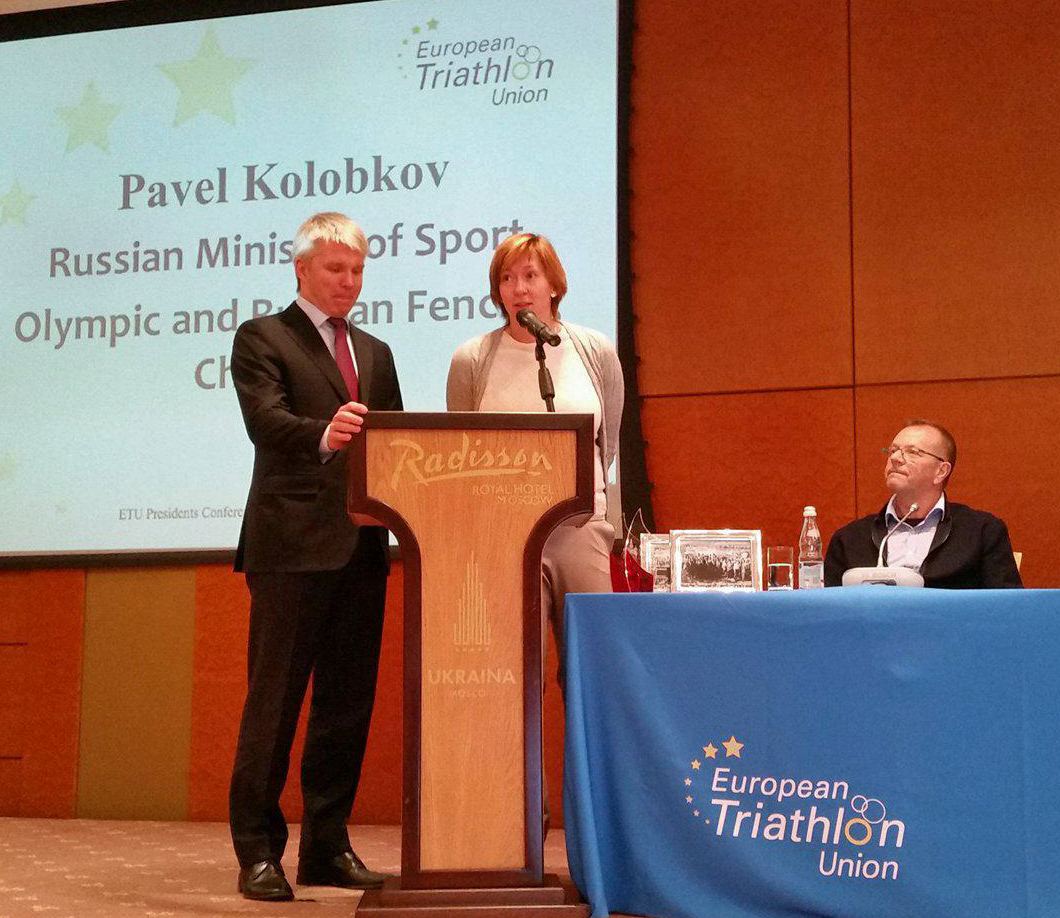 At 09:00hrs the Conference began and it began in style, with the Russian Minister of Sport, Pavel Kolobkov, Olympic, European and Russian fencing champion, being introduced by the ETU President, Renato Bertrandi. An exceptional sportsman, accomplished politician and supporter of triathlon, he welcomed us all to Moscow. 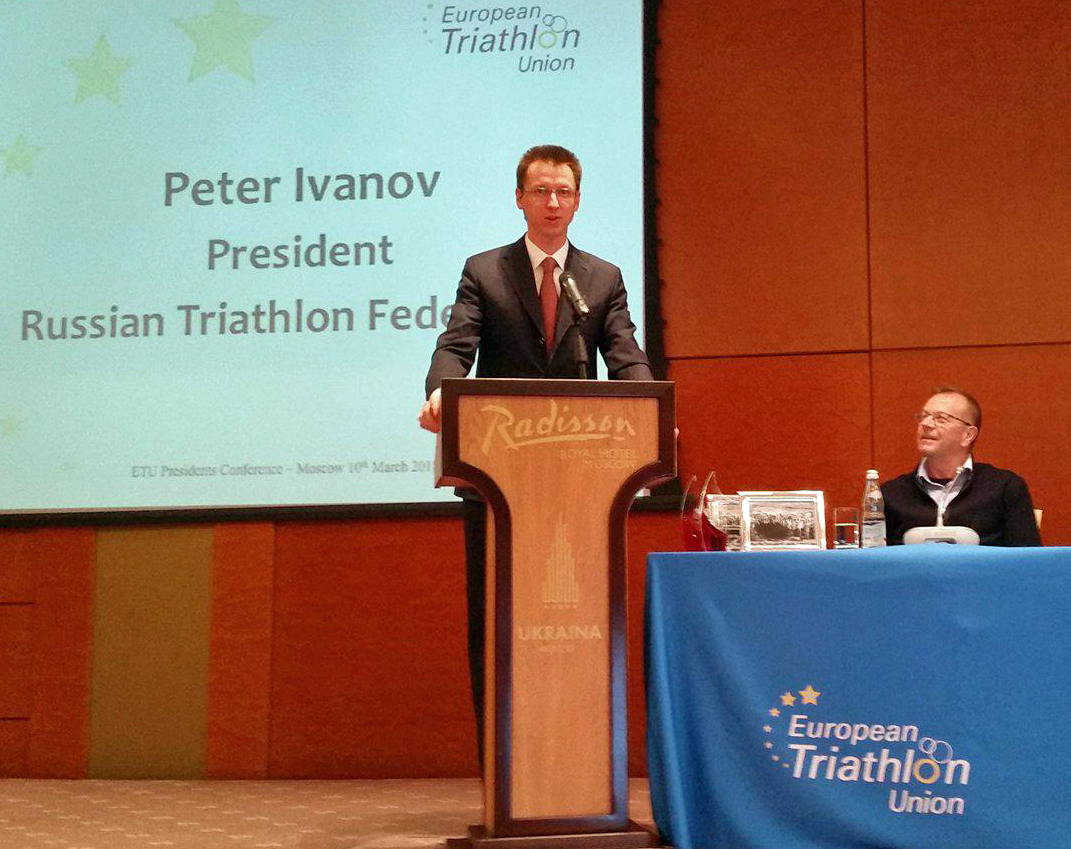 The welcome was continued by Peter Ivanov, President of Russian Triathlon Federation, who expressed thanks that ETU had shown such confidence in holding the annual Presidents’ Conference in Moscow. He continued by expressing his delight at having the support of such a sportsman and sporting hero, as the Minister of Sport and equally delighted that the President of the ITU, Marisol Casado was also attending. 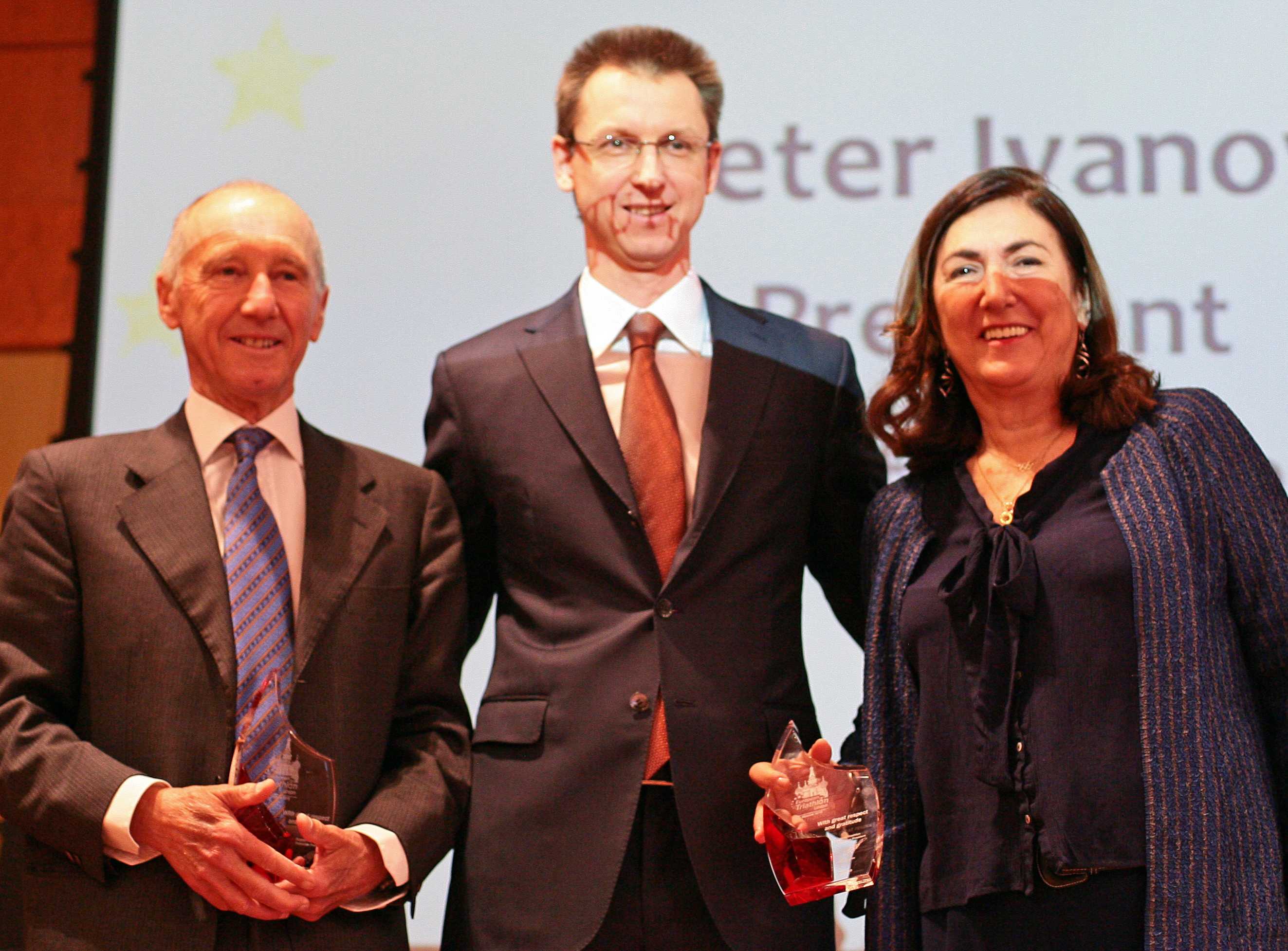 Marisol Casado, President of ITU and IOC Member, used this opportunity, along with Renato Bertrandi, to present gifts to the Minister of Sport and to the Russian Triathlon President. 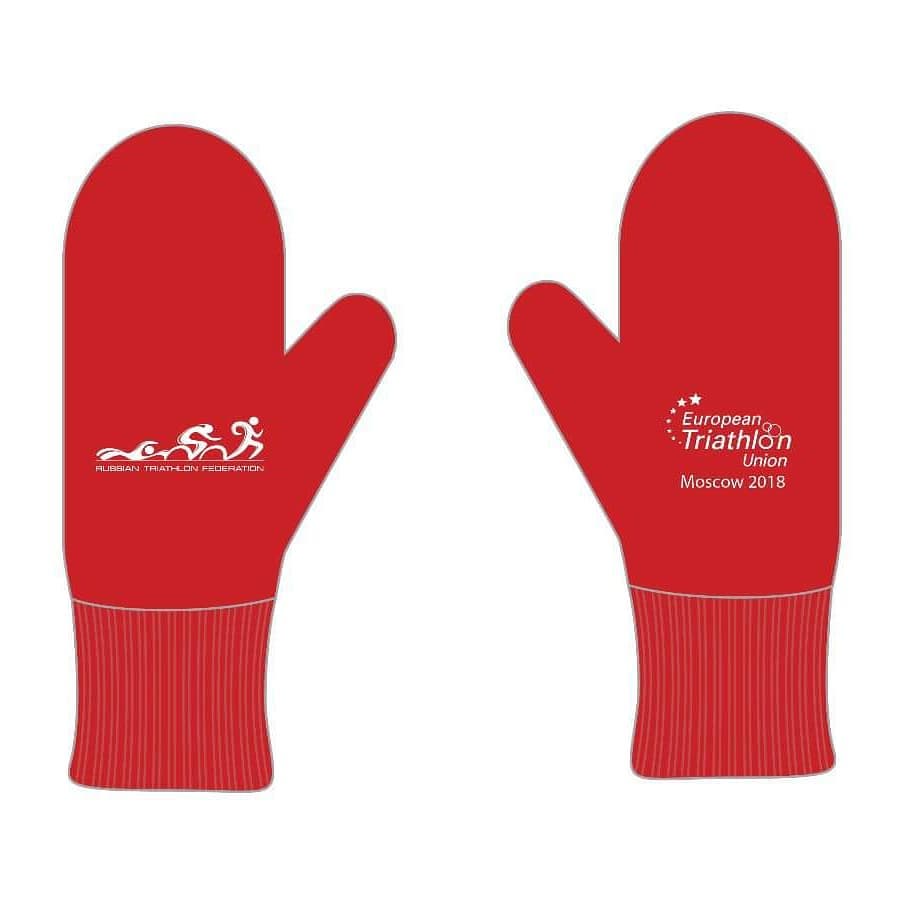 She praised the choice of Moscow for this conference, “a magnificent location such as Moscow is an important and great step forward in the history of our sport. Without the help and support of the Russian Federation it would not have been possible in the depths of winter. When out running this morning it was a great experience and the special gift of the mittens was a great idea to keep the cold out.” Renato Bertrandi then informed the delegates that there was a total of 36 National federations represented here this weekend; an important statement that we, ETU, are working together as one big family to make our sport bigger and better.

The agenda then covered finances, which are in a good state, development, which is incredibly exciting, the Strategic Plan, looking ahead to the years between 2018 and 2021 and then to the race commission’s work.

Thanks were given to the hard-working team from ITU who have continued to provide such solid and reliable support to our work, to the ETU Executive Board for the dedication and determination to make the sport bigger and better and to those behind the scenes who have worked so hard to promote the brand of ETU. Especial thanks were given to Galina Shipovalova, ETU Executive Board Member and General Secretary of the Russian Triathlon Federation without whom this conference could not have been so successful.

The great news we got was that the prize-money for 2018 would continue to be provided by the ETU Executive Board for the Elite athletes racing the ETU Ranking Series. Once again there would be €40,000 available in the prize-money pool in Funchal at the end of season ETU Cup Final.

For the Juniors, there would be €10,000 once more but a further €10,000 invested for a prize-money pool for the juniors from National Federations in Categories 2 & 3. Good news also for the U23, with €15,000 becoming available to them as a prize-money pool. The important work of calculating the final ranking would once more be managed by the ever-efficient ITU Results Team, led by Enrique Quesada.

The vision for the future was outlined in the Key Strategic Aims:

Renato Bertrandi continued to explain that it was our aim to be part of 2023 European Games. As the very first sport to sign up to Baku European Games, 2015 but sadly there will be no Triathlon in the 2019 European Games. Our goal is to fight hard for inclusion in 2023, wherever they may be.

Our focus will be for inclusion in the 2022 European Sports Championships. This year the ESC will take place in Glasgow, where we will be part of a 6 sports spectacular. The EBU (European Broadcasting Union) TV rights have been distributed to 80 nations and we can legitimately expect a global audience of over 1 billion. It is therefore vitally important that each National Federation sends its very best athletes to Glasgow! Our presence in Glasgow will have a truly massive impact on our potential to be part of the 2022 ESC.

We will continue to support new race formats; The Mixed Team relay, part of Tokyo 2020, is vital to the growth of our sport and we also have the semi-final / final format that has proven to be very popular with the athletes and coaches. With the increased popularity on television, it is clear that short, fast formats are becoming more and more popular.

We will continue to support and promote ParaTri and all multisport formats, including Winter Triathlon. Our Multisport Festival in Ibiza will be a main target for many athletes, Elite and Age Groupers, in 2018.

A Round Table discussion on Age Group participation will be held here on Sunday at 11:00.

Important to for our sport is to improve our Junior European Cup Circuit. As President of the European Triathlon Union, Renato Bertrandi conveyed his pride at having the best Junior Events in the world. We have this and aim to keep and improve this reputation.

Our sport needs to develop and we recognise that there is still room to develop. With funds from the Development Programs we invite and accept new National Federations to the family and encourage all Federations to hold National Championships as well as encouraging and supporting “Mentor Programmes”.

We are fortunate that here in Europe we have some of the best National Federations in the world, who are happy to share their skills and knowledge with others. This is something we need to continue to facilitate this process.

One excellent initiative from ETU is the “Young Athlete Exchange”, where young athletes stay with triathlon families around Europe, gaining the experience of racing in another country and training with new friends. 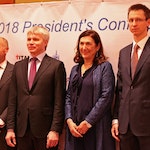 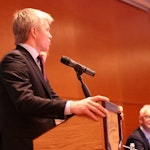 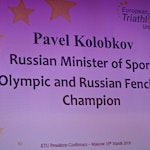 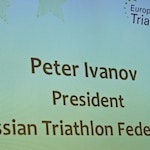 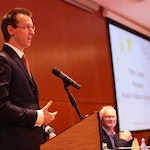 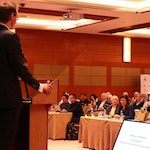 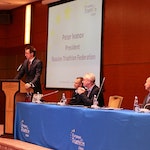 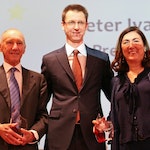 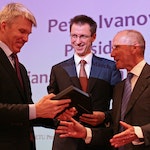 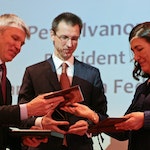 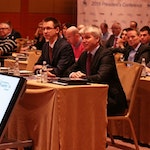 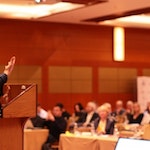