“This is the new future for the sport”

Not just empty words but indeed the words of the most consistent champion on the circuit, Conrad Stoltz RSA.

When ETU reported on this race last year it was in conjunction with the training course for new Technical Officials who then used their new skills on this new course in a beautiful corner of Slovenia. Praise from ETU could not be greater; the venue was visually stunning; the event was very well organised by a keen team whose priorities were firmly focussed on the athletes and the sport and the venue. Post-event, the local Mayor used this event as a bench-mark for all other sports in his town. Cross Triathlon came, was seen and certainly conquered.

This year, again with the TNatura badge, a smaller field stood eagerly on the new beach start. The organisers could hardly believe their luck when, at the last moment the great Conrad Stoltz signed up to race. This would really change any predictions that people might have had for the results. 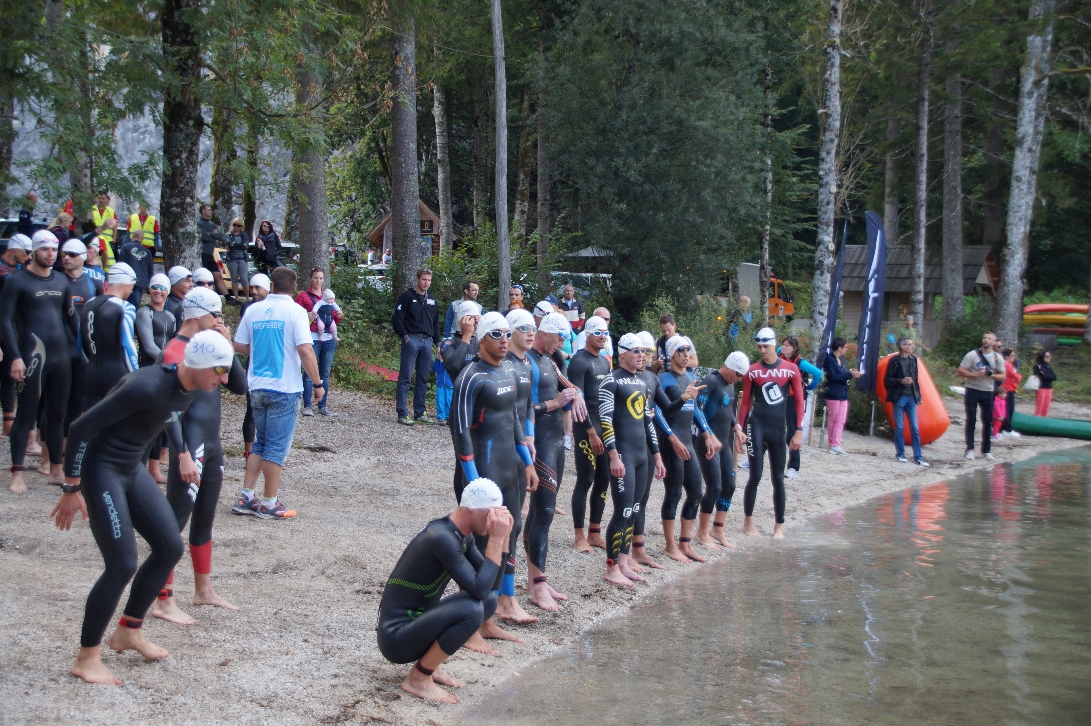 The swim, a 1500m fresh-water swim, was with wetsuits and it was the young Slovenian athlete, Leon Obreza who led them out. 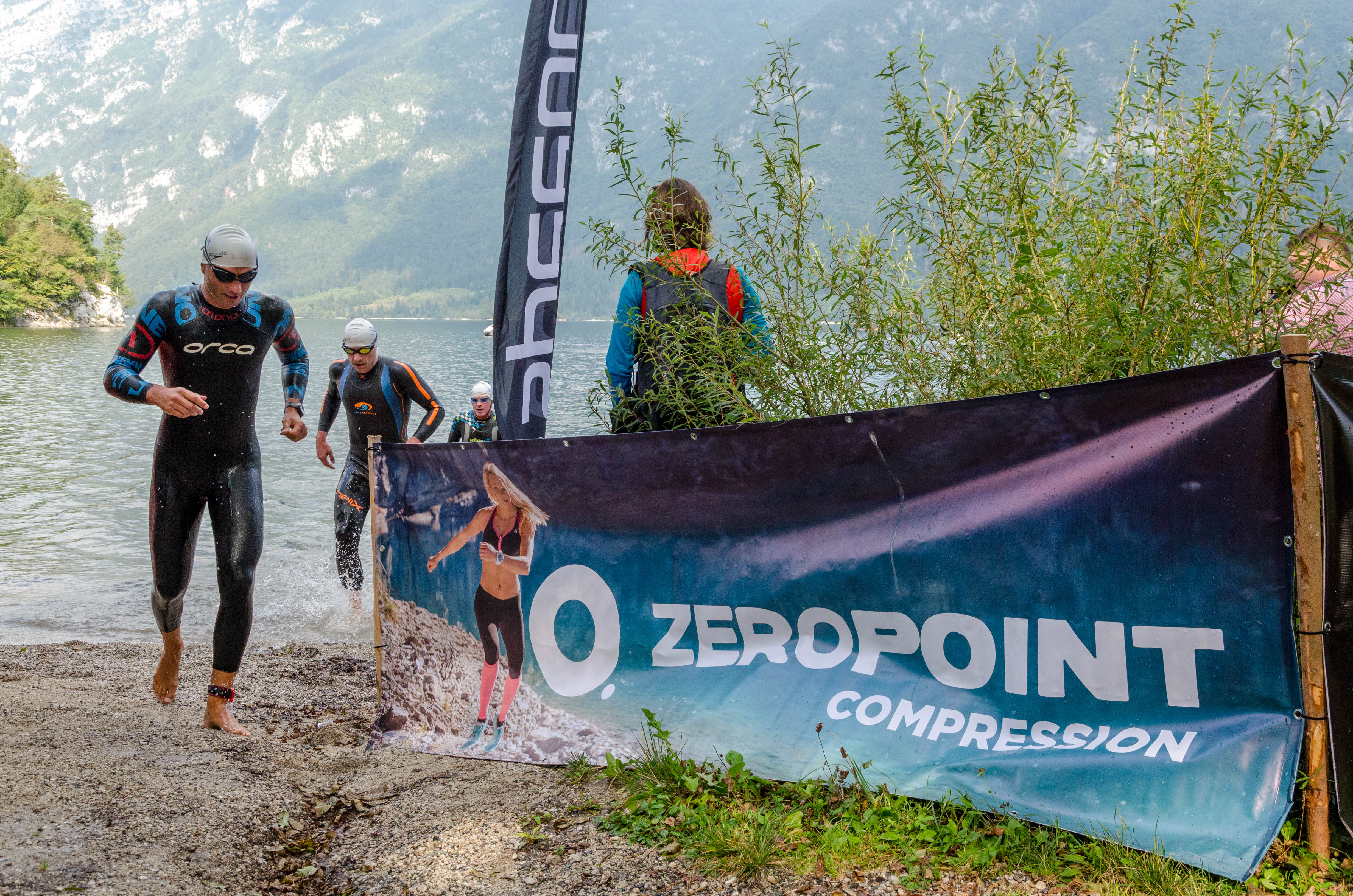 Just 5 seconds behind him came Stoltz. Second place was no worry to him. He knew the bike course and knew he could catch the young Slovenian. 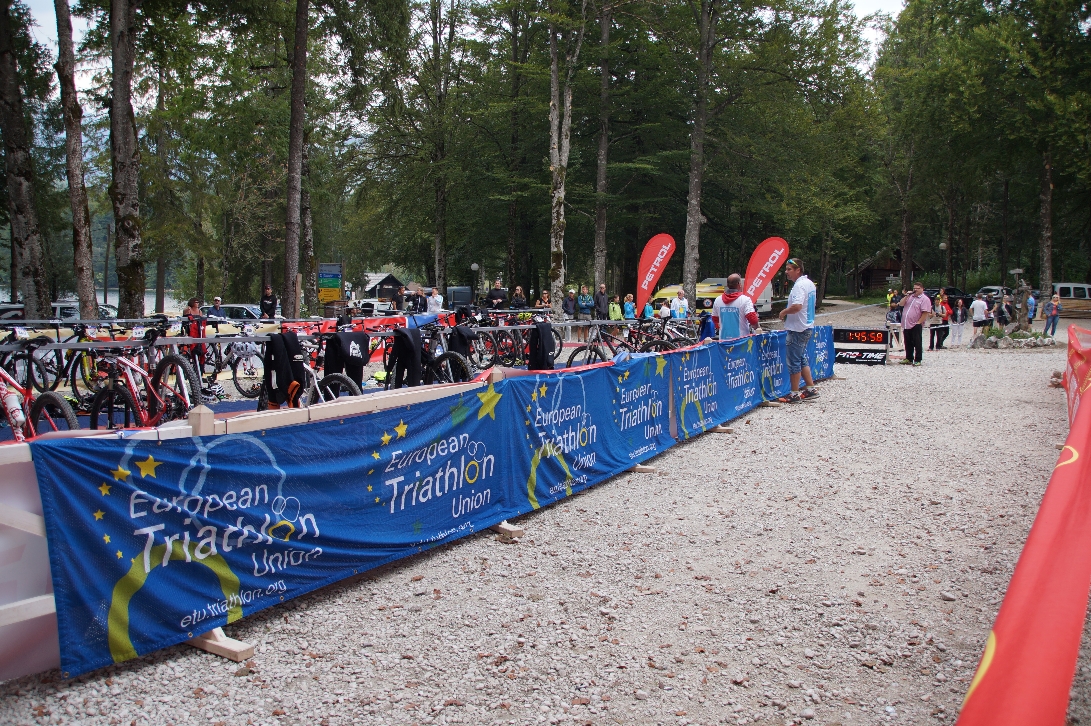 The LOC had taken on board advice from the post-race report of 2014 and, working with the local authorities, had relocated the swim start and transition area. A new course was just what was needed.

Out onto the bike and soon, despite losing a minute in the swim, it was the multiple European and World Winter Triathlon Champion, Pavel Andreev RUS, who had caught up with Stoltz. Andreev, so used to racing in conditions down to minus 18C was concerned about the cold water in the lake but once underway he was OK.  “My first concern was that the water would be cold but working hard in the first section of the swim it was OK. I lost a minute to Conrad Stoltz, which for me is not so bad.” Once into T1 it was Arthur Serrières FRA in front of him and Markus Benesch AUT just behind.

We have seen great things from the young Frenchman and his lightning–fast transition saw him head away on the bike in pursuit of Stoltz and the Slovenian, whose power on the bike soon faded. 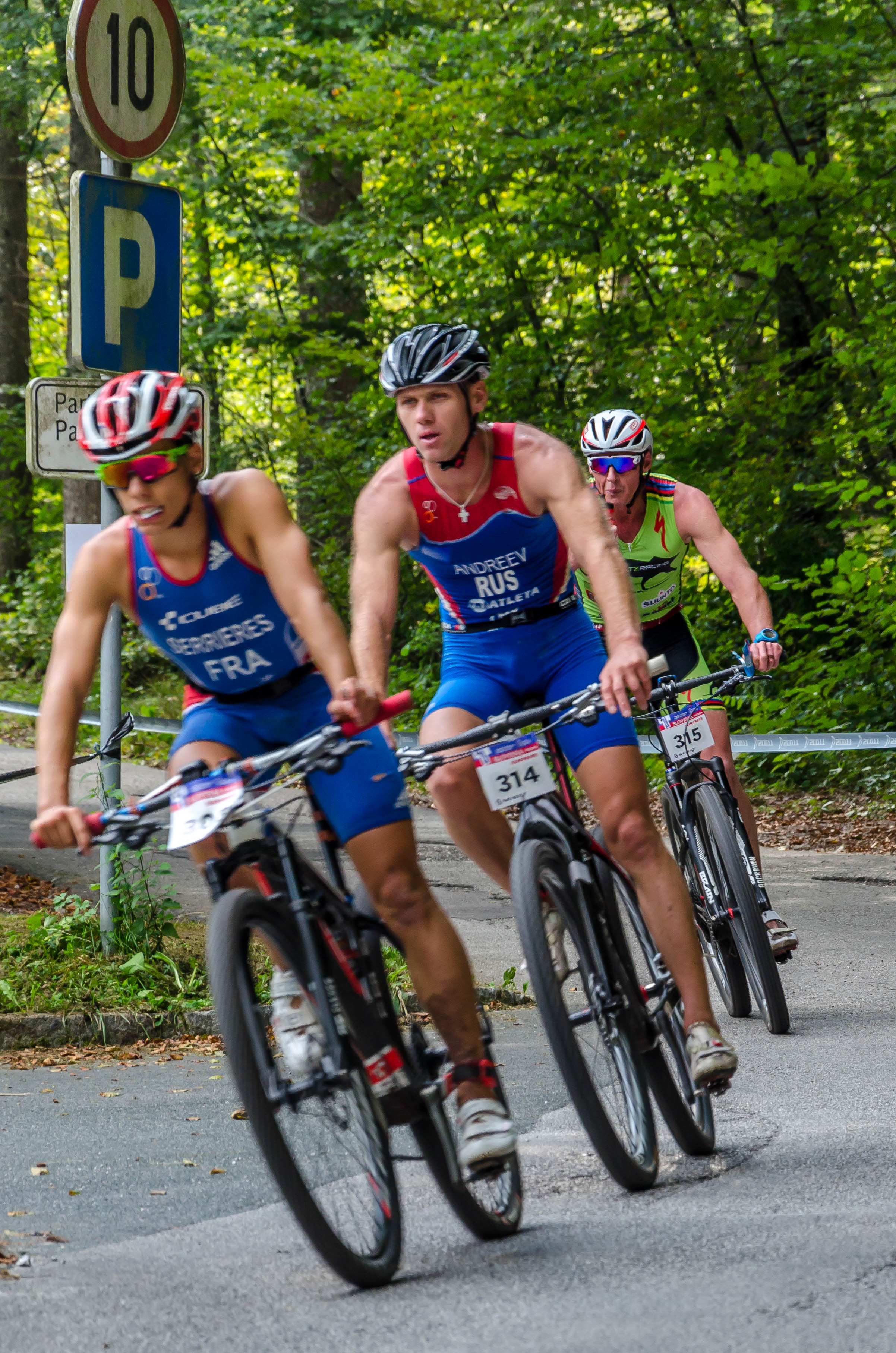 As they left T1 Andreev gave a master-class in mounting his bike, which left the Austrian to play catch-up. Out onto the bike and Andreev was like a man possessed. In no time he caught Serrières and the pair worked hard together to catch Stoltz.

Disaster struck Serrières on the third lap when he punctured out on the course. He wheel was a write-off. That left Andreev, “The Snow King” and Stoltz, the “Cross Tri King” to battle.

After the race both Serrières and Stoltz praised Andeev for his bike skills. “Pavel was flying, hardly touching the ground. It was very difficult.”  For Serrières, “After the swim in 14C I had a great time on the bike with my mate, “The Machine” Pavel Andreev. We worked hard and caught Conrad Stoltz. It was amazing!! Riding side by side with my idol !” 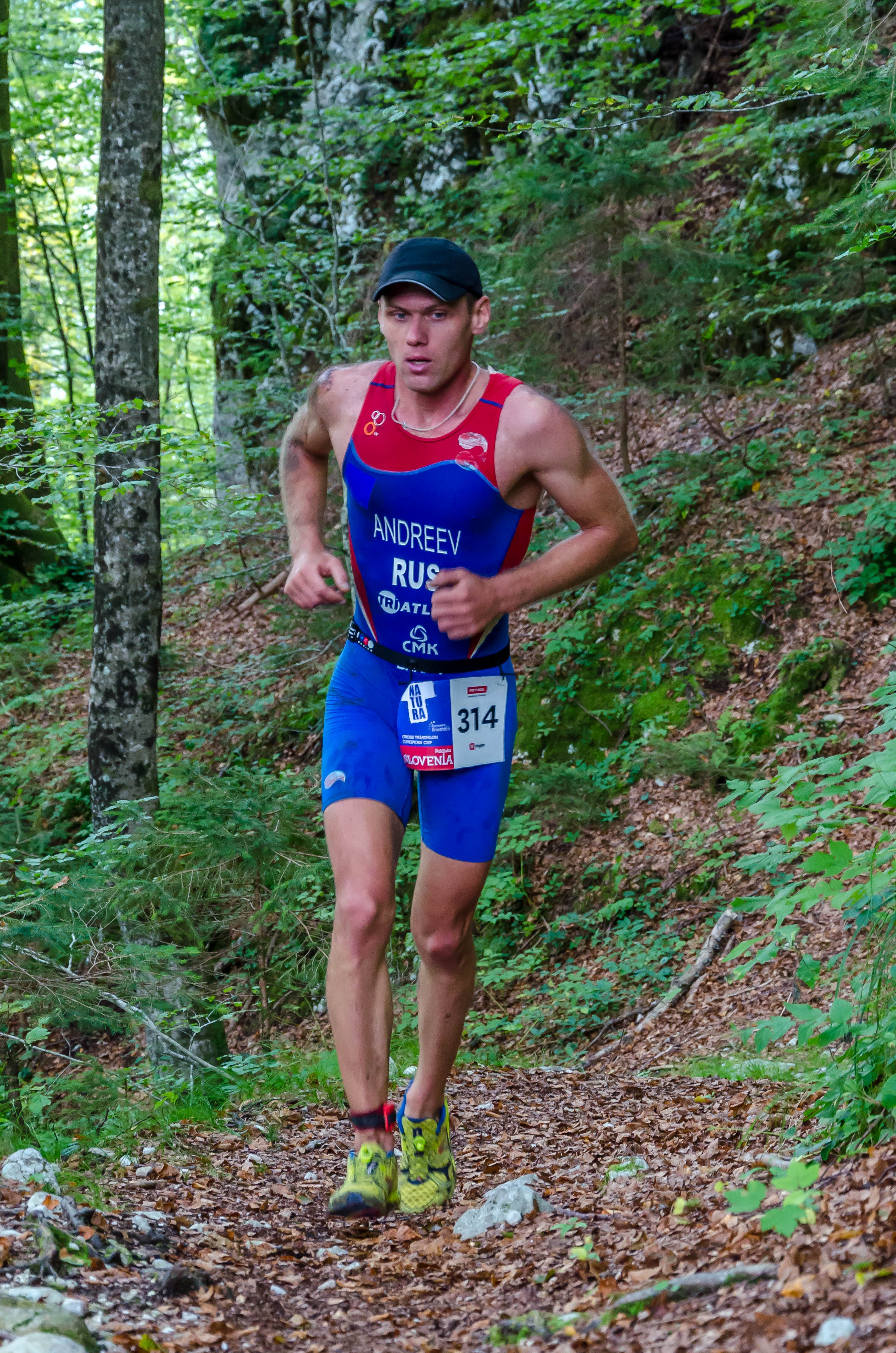 Out onto the run and it was no surprise to see that the run course was as tough as the bike course. 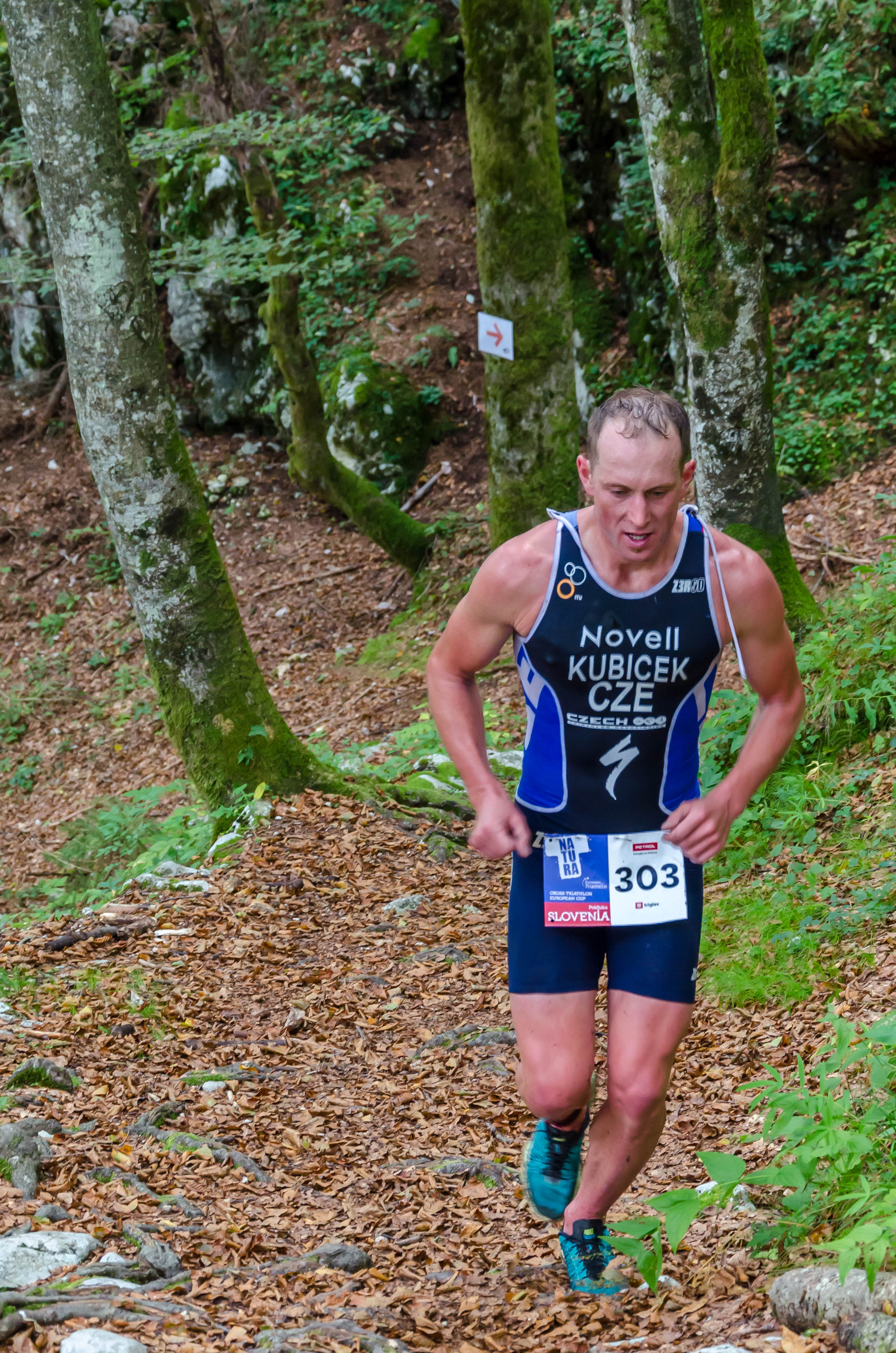 Stoltz dug in but was no match for the fast-paced Andreev. Behind him and with Serrières out of the picture Jan “Honza” Kubicek CZE was pushing hard. 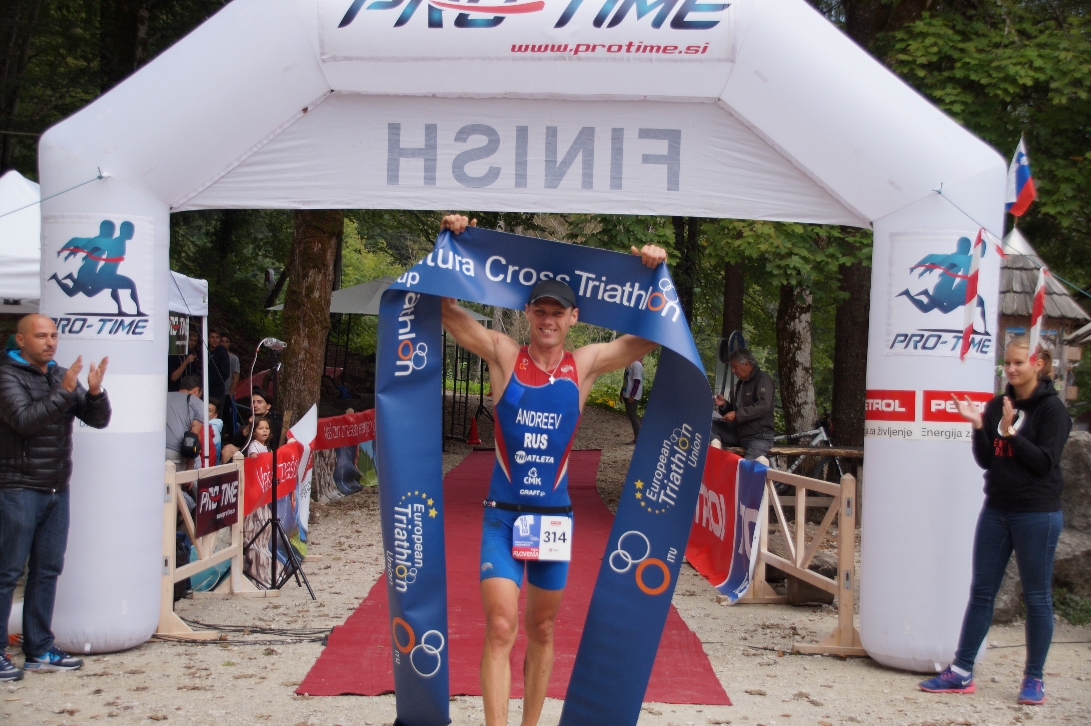 It was Andreev who took gold. “What a beautiful day! I hoped for good day, and got just that! I lost one minute to Conrad Stoltz, which for me was a good result in the swim. On the bike I worked hard to catch and then work together with Arthur Serrières.  We caught up with Conrad but Arthur punctured with just one lap to go to the finish. Conrad and I remained together. On the last descent I lost control of the bike and crashed but once we got out onto the run I pulled away from Conrad and got a lead of about 20 seconds.”

Andreev’s lead of 20 seconds grew and he won convincingly.  He was full of praise for the event, “The run was beautiful and so very much ‘in the nature’.  I managed to win. It was part of my preparation for the World Cup on Sardinia. I am happy! I hope for good performance in the World Cup.” 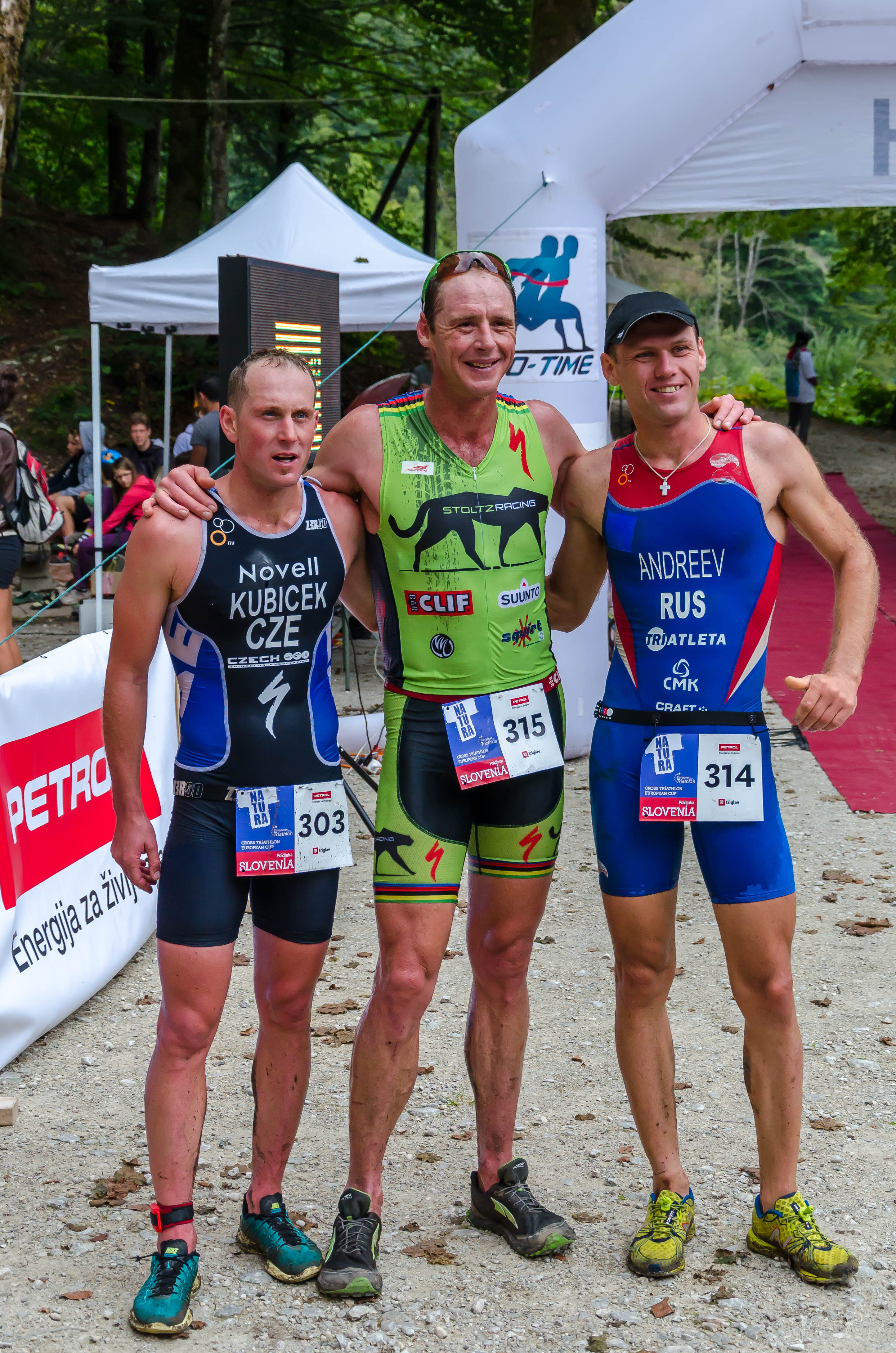 Stoltz, as we showed above, was really taken with the race. When someone as experienced as Stoltz describes the lake as the “most beautiful lake he has swum in” and when he describes the format as “the new future for the sport”, well, you just have to listen.

The Slovenian news channel, 24uur.com gave this short report headline status on their main news spot. You can see a short clip of the event and see an interview with Stoltz.

For a huge gallery of images, thanks to the organisers, click here.

Once again, well done to the Organisers and good luck to those racing in Sardinia. 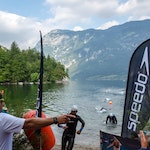 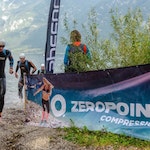 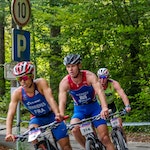 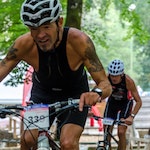 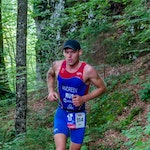 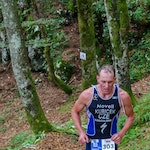 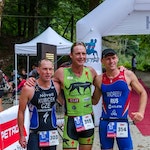 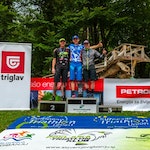